As West Africa recovers from the Ebola epidemic we head to Sierra Leone’s capital, Freetown, where handfuls of intrepid travellers are starting to return...

Downtown it was over 30 ºC. The air was sticky and Freetown’s Siaka Stevens Street was jammed. Honking yellow cabs and stencilled, white 4x4s were harried by weaving motorcyclists, while surging crowds spilled from the pavements. As an antidote to the fairytale Africa of safari lodges and white aristocracy, Sierra Leone was powerful medicine indeed.

In the lee of a substantial market woman balancing an aluminium bowl brimming with plastic sandals atop her head, I warily crossed the road. With the crowds I dodged drain covers and veering poda-poda minibuses. Incredibly, only a few months earlier the streets had been cowed and quiet; schools, colleges, bars and clubs all closed. The World Health Organisation (WHO) estimates Ebola claimed almost 4,000 lives in Sierra Leone, more than 11,000 across West Africa. As the country held its breath during a 42-day countdown (twice the virus’s maximum incubation period) to being declared Ebola-free, I travelled to Freetown to gauge how Sierra Leone had weathered West Africa’s worst outbreak of a viral haemorragic fever.

“It was a lonely disease. People who got sick – no one came to visit them. They were alone. And if they died, they usually died alone,” explained Bimbola Carrol, my host in Freetown. He had been sent to the UK by his parents to escape the brutal civil war that raged throughout the 1990s, but had later joined the idealistic tidal wave that returned to rebuild the country after peace was declared in 2002. He witnessed the outbreak from the start.

“British Airways was the first international airline to pull out,” recalled Bimbola. “We lost Dr Sheik Umar Khan [a leading local doctor dubbed a ‘national hero’ by Sierra Leone’s Health Minister upon his death]; he was the face of the fight against Ebola. When that happened, all hell broke loose. It was a very dark time. All the progress made since the war was threatened…” 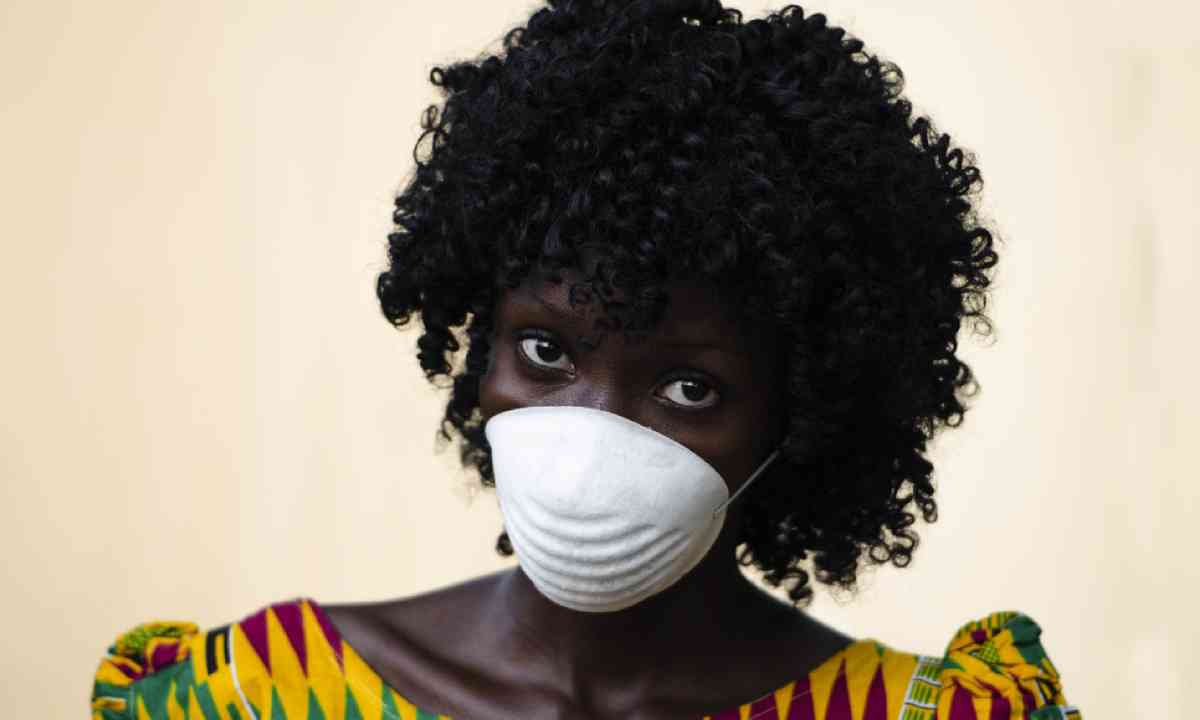 A doctor protects herself from ebola during the outbreak (Shutterstock)

Exploring Freetown and the peninsula on a sultry morning, I took a motorcycle taxi from Bimbola’s home and headed downtown. Having safely crossed Siaka Stevens Street, I spoke to two men outside the Freetown Inn as they coaxed a generator into life.

“Since two o’clock this morning, no power,” they laughed resignedly. I responded by asking how business was. “Very slow, very slow,” they replied as one. “We re-opened two months ago. Before, we close for six months – no guest. But seven days now, no Ebola, and we countdown to being free of this disease. Now 20 of 32 rooms are taken.”

Nearby, I spoke to Abdul Karim Kamara, owner of a stationery stall. “This was the worst era for this country,” he said. “I don’t know if I can say it was more than the war… This is an invisible enemy. In war, you can see the enemy. You can go somewhere to hide.”

Like many, Abdul Karim seemed tired and in shock, concussed by Ebola’s sucker punch, a blow from nowhere that caught everyone by surprise.

Heading out to the Freetown Peninsula’s beaches, I joined 20 others crammed into a poda-poda, the driver’s helper hanging out of the door. I paid 1,000 Leones for a ride to Ogo Farm and, despite the enforced intimacy, exchanged polite “Good mornings” with the other passengers. At Ogo Farm, ramshackle roadside stalls proffered a multitude of goods I didn’t need, from Chinese padlocks and knock-off Nigerian DVDs to hair extensions and super-adhesive rat-traps. 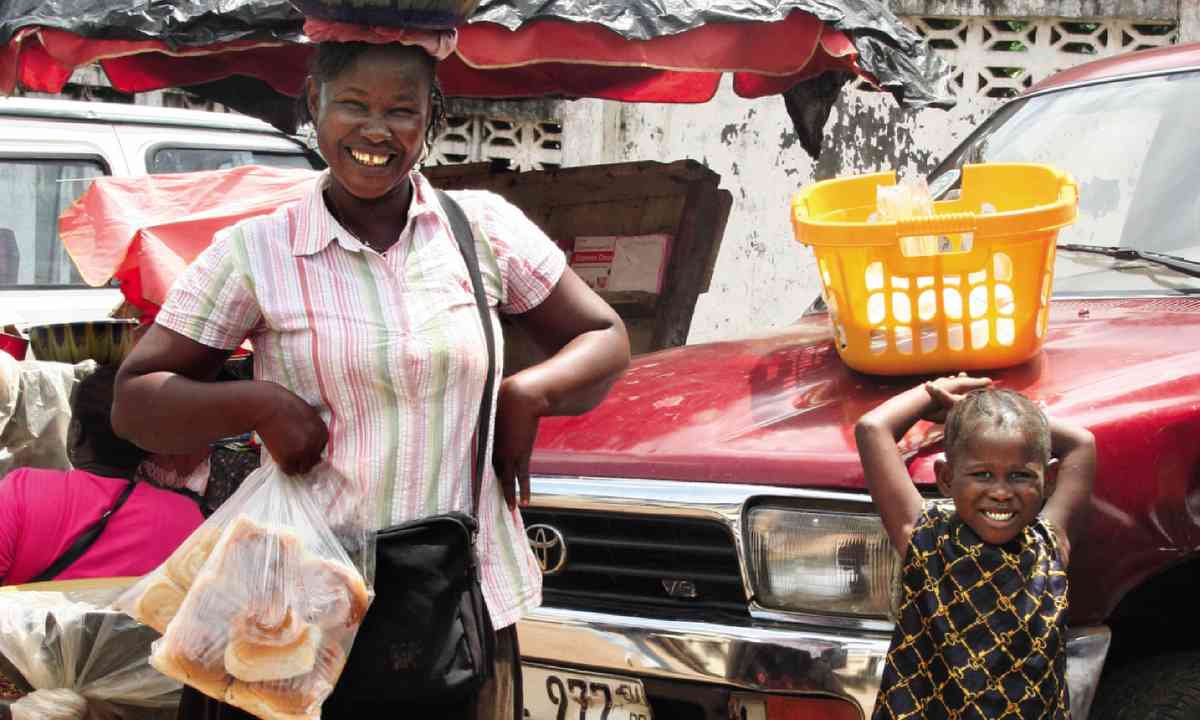 A cold Fanta from a glass bottle allowed time to find a 3,000-Leone shared taxi to River Number Two – polemic exchanges between other passengers regarding traditional marriage practices were included in the price.

In the 1970s, beaches such as River Number Two – there is no Number One – saw Sierra Leone sold by high-street travel agents alongside Gambia as a blissful escape. A Bounty chocolate-bar commercial was even filmed here, although its accompanying slogan, ‘the taste of paradise’, was dramatically soured in 1991 with the outbreak of a vicious civil war that lasted almost 11 years. Partly sustained by trade in ‘blood diamonds’, the conflict cost more than 50,000 lives; it left the economy in tatters and Sierra Leone’s tourism industry destroyed.

On the peninsula, roadside disease-containment measures were strictly enforced and my taxi was stopped at an army checkpoint. “Wash hands, please,” was the firm but fair instruction. We trooped out, rinsed under chlorine-infused water, then returned to our seats just as the marriage argument recommenced. “We’re sorry for speaking our Krio language,” said the gentleman in the front seat. I replied that apologies were unnecessary – whether or not having more than one wife led to a breakdown in social cohesion was not my call.

October heralded the end of the rains, but this was Africa and late clouds had gathered gloomily over the coastal mountains’ forested slopes. Raindrops soon began to drum on the taxi’s roof and the driver passed back a handle to close the windows. In September, Freetown suffered catastrophic flooding that was exacerbated by rampant deforestation. Thousands had been left homeless – mostly those occupying the slum dwellings, who had once come to the city to escape the war and never left. Picking his way through muddy pools of standing water, the driver was unphased. A jumble of roadside stalls and a hand-painted sign soon announced our arrival. 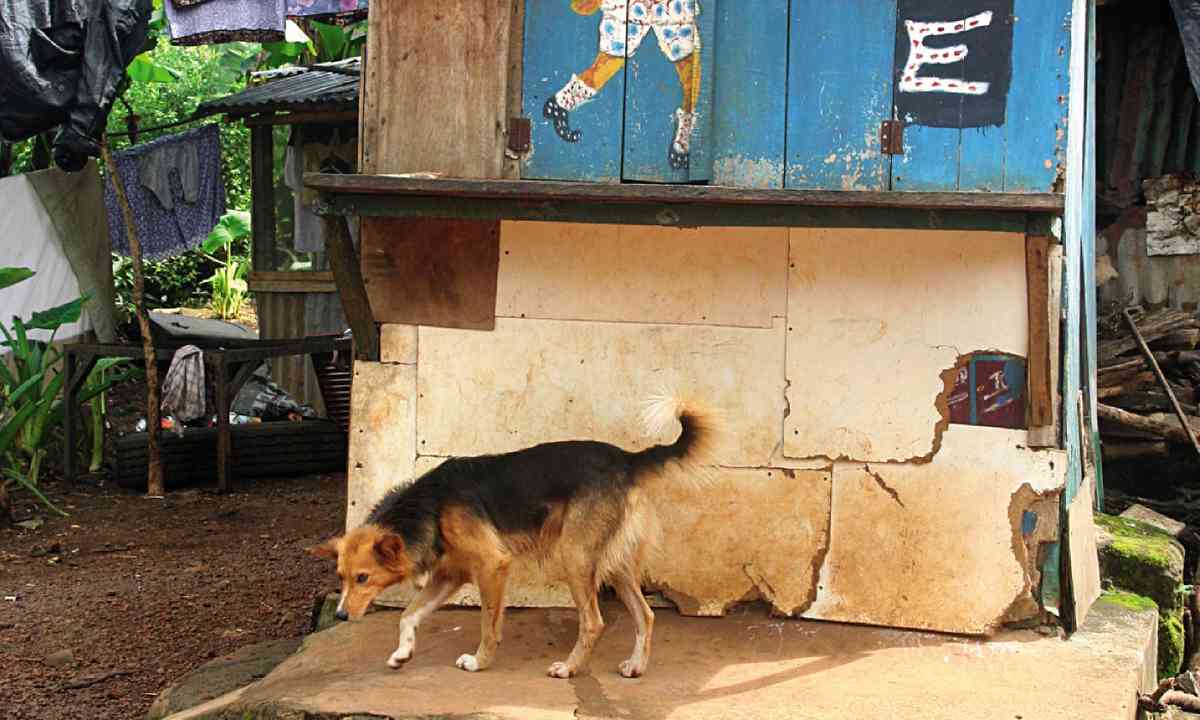 A rough track led 300 yards through a sprawling village towards the sounds and smells of the sea. Beneath rustic verandas, sheltering children accompanied my soggy progress with laughing choruses of “Hello Mister”. Trees thinned, the rain stopped, and as the clouds parted the beach began to sparkle. Pastel-coloured pirogues (single tree-trunk canoes) floated lazily on a twinkling channel through the white sand. On a distant sandbar, a family seemingly paid homage to the painter Jack Vettriano with an umbrella and a cool box. Elsewhere, populating a rickety array of shady beach huts, the sparse afternoon crowd comprised middle-class Sierra Leoneans, paunchy second or third-generation Lebanese, and gangs of pale-skinned NGO staffers sporting tattoos or topknots, or both.

Under the thatch of the beach restaurant I ordered a Star beer, as a pair of chickens riffled through the undergrowth. A dog roused itself only to melt again in the shade of a hut. Taking a long draw on my beer, I concluded that fly-and-flop mass tourism was unlikely to return any time soon, and that was not altogether a bad thing – unless you’re a local business.

At nearby Sussex Beach, Florence’s Resort (known to all the locals as “Franco’s”) serves as a landmark lunch spot for well-to-do locals and expats. It’s run by an Italian-Sierra Leonean family and dishes up the best lobster on the peninsula. When I visited, however, it was empty, except for a concerned-looking housekeeper surveying her washing as it dried on the walls. On the shore, three young men clambered over a beached pirogue, earnestly hammering caulk between the planks of its hull. There were no customers.

I asked its owner, Florence, how they managed the recent crisis. She thought for a moment: “We carry on. We work for the weekend. More and more people come from Freetown – Sierra Leoneans. We have events. And our accommodation – just to escape the city – is popular.” Looking out across the peaceful tree-lined bay to the soft white sand beyond, it was easy to see why. 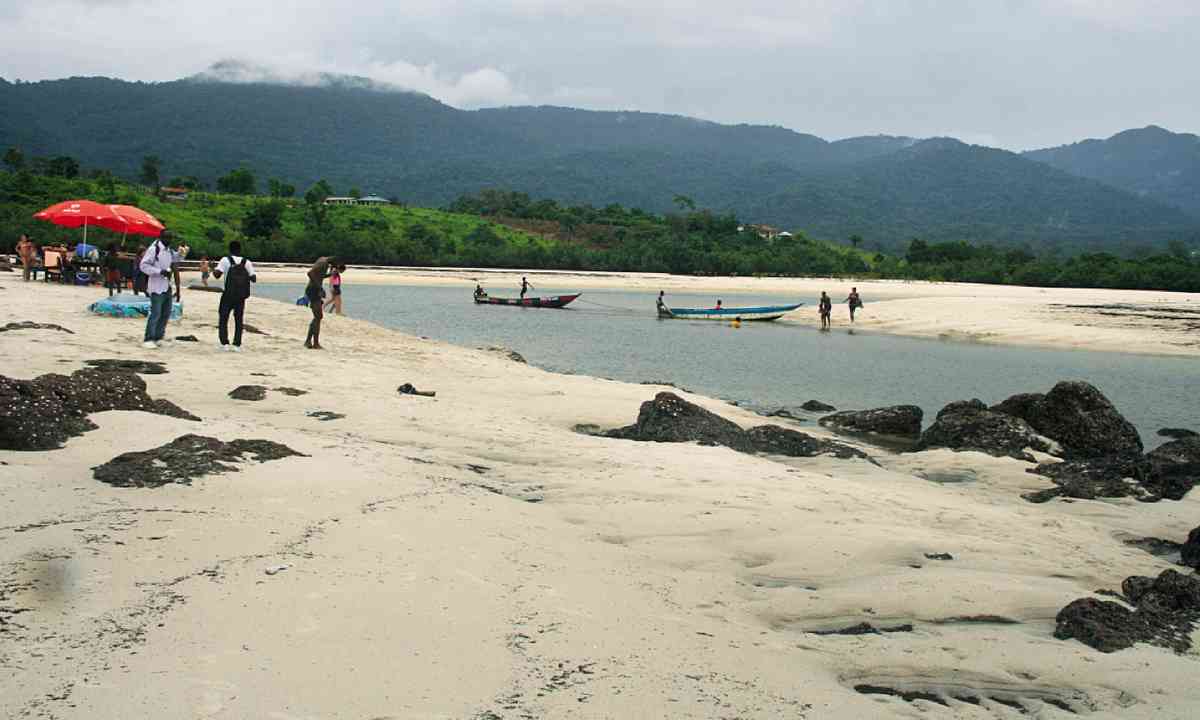 Away from the beach, at Lumley’s podapoda stand, the skies let rip again – a deluge accompanied by thunder and lightning. I sheltered in a simple tin-roofed chop house, which offered African staples such as foofoo (a doughy ball of ground cassava), peanut soup and cassava leaves with rice, all served for under 3,000 Leones. I shared a table with Moses, a young man originally from Bo, Sierra Leone’s second city, in the south of the country.

“I was a driver with an agency subcontracted by USAID, part of the Ebola rapid response team,” he explained. “We were really successful. Four teams of five, including a driver – that’s 20 in number. Since yesterday, we have no job.”

Moses’s situation was not unusual. In a perverse way, just as Ebola crippled the local economy, the international effort to counter the disease brought an influx of relatively well-paid jobs for local people. However, in the oft-repeated black comedy of NGO project work, once the contract ended, the internationals moved on and the local staff were paid off.

“We expected them to extend until December. There were places we could not reach because of bad roads,” Moses recalled between spoonfuls of pepper soup. “The community people were expecting us to extend too, but no.” He paused and looked up from his bowl. “But it’s my observation that Freetown is a place for a very hard working man. If you keep working hard, then you can make something. So now I am looking, starting again.” 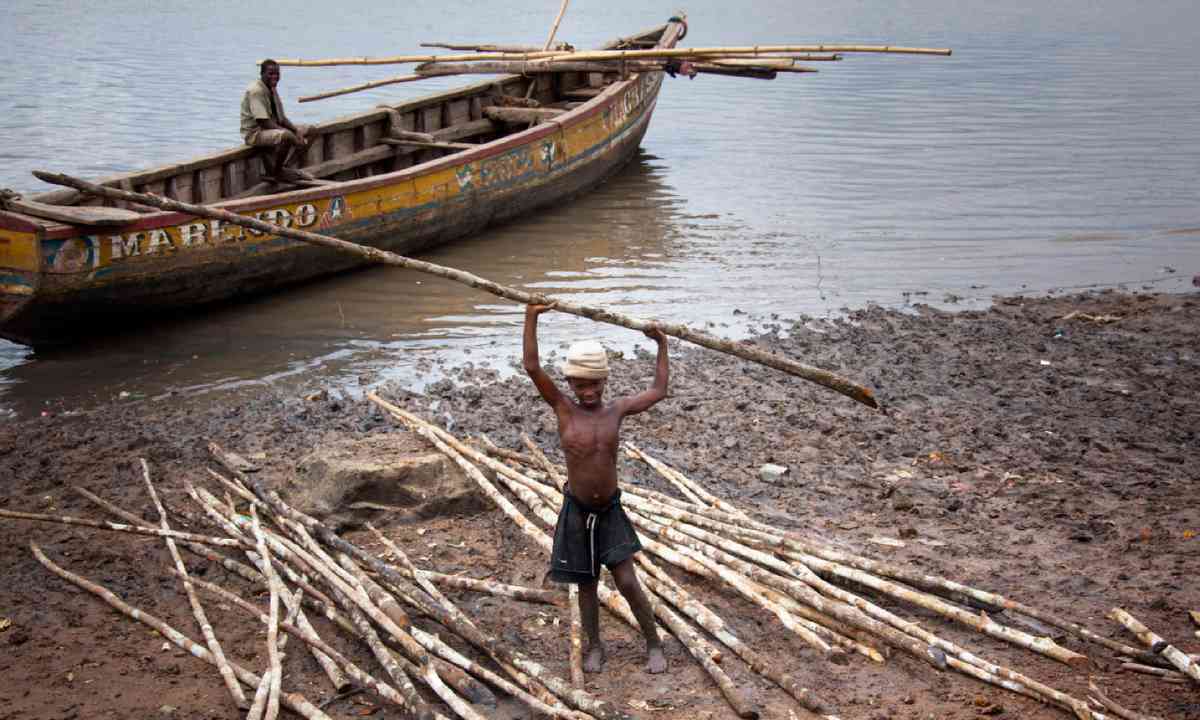 The next day, I had lunch with Bimbola on Wilkinson Road. “Since the 1970s, our path has been somewhat up and down,” smiled Bimbola, his own business having necessarily morphed from tour operator to professional fixer for NGO staff and journalists. “But the raw materials still exist for Sierra Leone to become a successful tourism destination again.”

I recalled walking through the derelict shells of former beach resorts and wondered out loud as to what kind of tourism that might be – Sierra Leone is hardly a viable alternative to the average Spanish beach holiday.

“Well, we have nice beaches too,” Bimbola responded, “but sometimes we focus too much on them. The tourist board model is low volume, higher cost. I think we have a long way to go to get to that point, but it’s good to know where we’re going.”

But what are the attractions, I pressed?

“The history of Sierra Leone is quite significant. Slavery had a worldwide impact. The revolt aboard La Amistad [an 18th-century Spanish ship that had been transporting slaves in Cuban waters when they broke free] was led by Sierra Leoneans from the Mende tribe. Bunce ‘slave’ Island, off Freetown, is hugely important for African Americans. It’s an area that we should be exploring.”

“Ecotourism,” determined Bimbola. “The wildlife: birds and chimpanzees. It’s quite special. There are no eco-lodges in Sierra Leone, yet areas of the country are completely untouched.” 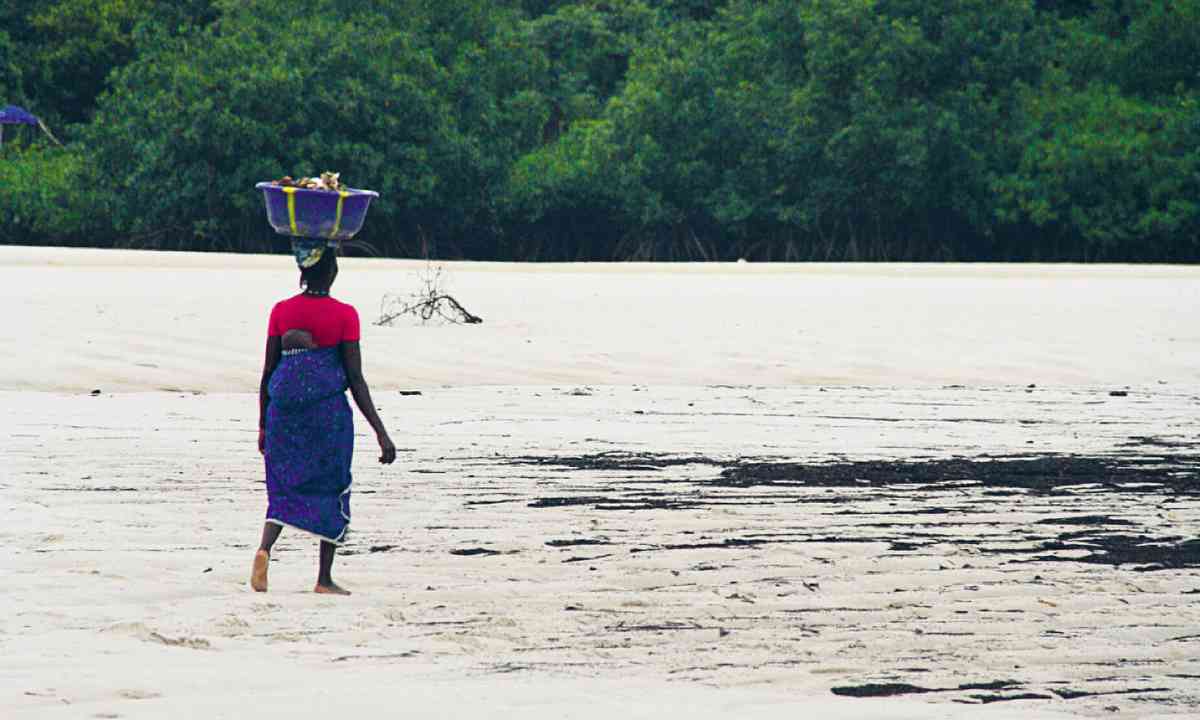 There may be setbacks along the way. Sierra Leone was finally declared Ebola-free on 7 November 2015 by the WHO. Sadly, another case was identified two months later, but at the time of writing there have been no more incidents.

Still, Sierra Leone’s journey was always going to be tough. It ranks 181 out of 188 on the UN’s Human Development Index (2015) and the country remains haunted by challenges and veiled in preconceptions. For visitors, an open mind and a sense of humour are prerequisites. However, Sierra Leone is often described as a diamond in the rough – it’s just that, for now, a leap of faith is required to see it.

Main Image: The beaches of the Bunce Island in Freetown Harbour (Shutterstock)