After 90 elephants and five rhino were found dead in Botswana this week, wildlife guide and safari camp owner Paul Goldstein is outraged – and asks, who is to blame?

Over 90 elephants dead. The carcasses found last week. Rotting corpses litter the supposed sanctuary of the Okavango Delta in Botswana. Most were large bulls. With large tusks. Earlier this year, the new president disarmed the anti-poaching units. Facts.

I have written many times about the heinous crime of poaching, but when the atrocities are happening in the seemingly safe haven of Botswana the smell gets even higher. Just for good measure these high-tech, tooled-up barbarians also butchered five rhino.

Three words: corruption, complicity, and China. Whether it is horn, tusk, tiger pelts, teeth, bear bile – or a host of other parts plundered from endangered species – these three words are invariably pertinent.

I am sure that any paid-up member of the human race was appalled when they read this harrowing news from Southern Africa. Is it much of a surprise though? China has most of the continent in its pocket, and it seems Botswana is not exempt from their sinister stranglehold. The drill is normally the same: "We will help your infrastructure, and give you huge loans you will never pay off so we will ostensibly own you. Then we would like you to turn a blind eye to our catastrophic traditional medicine harvest as well as our pillaging of your minerals, forests etc." 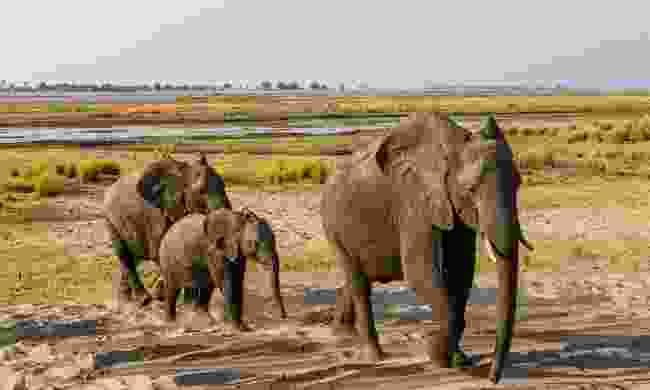 The Chinese policy makers have never been grown-up about clamping down on any aspect of the wildlife trade. They wheel out a few celebrities who shed some crocodile tears, and assume that this pitiful window dressing is sufficient. The legal rhino horn trade was 'shut down' in 1992 – oh really? Who are they kidding?

The many other A-D listers from the UK and beyond who get involved have only succeeded in getting airtime – nothing more. Anyone who says that the situation is reversing is talking fairy tales. 35,000 elephants are being killed every year: do the f****** maths! There are only about 400,000 left in the world.

There are still saints doing remarkably brave jobs protecting these species, but until this demand is halted in China we will continue to lose elephants. It is essential to point out, of course, that millions of Chinese people want absolutely nothing to do with this wanton demand and craven slaughter. The poachers themselves have to be persecuted quickly and given withering stretches in jail. It does not help however when a king pin like Feisal Mohammed is outrageously released from jail in Mombasa after serving a fraction of his sentence. This criminal was freed on a technicality!

Botswana has a lot of elephants: many people want hunting to be re-instated because they see it as big income, but this is nonsense. Hunting brings in a bucketful of dollars which benefit a handful of people. If the money is properly audited, utterly transparent, and benefits thousands, this is at least a conversation that can be looked at – but not right now.

The defence chief of Botswana refuses to comment on why the anti-poaching patrols were disbanded. This stinks. This audacity and stupidity simply emphasises the venal underlying truth that even the humblest student of perception can decipher. I wonder how the newly-redundant anti-poaching units are going to feed their families now?

“It is essential to point out, of course, that millions of Chinese people want absolutely nothing to do with this wanton demand and craven slaughter” 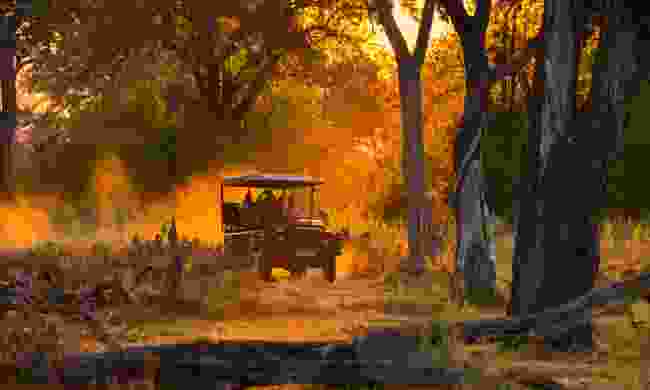 On safari in Botswana (Dreamstime)

A moment on Google will find you rhino horn or elephant tusks on an open market all over China, Vietnam and Laos – sold with impunity and without censure. Likewise, animal parts are still traded all over Saudi Arabia. Will anything be done? I doubt it.

The warning signs are written starkly all over the continent. Currently the poachers are running amok: voraciously slaking the unending thirst from China. The poached and bloated bodies lie frying in Botswana’s spring sunshine, minus their high-carat appendages.

A diplomatic softly-softly approach gets trampled on: we are way beyond this. I wonder what the approach will be when the plains are silent, no longer echoing to the bellowing of a matriarch or the stately footfall of a ponderous rhino?