9 of the best things to do in Western Australia

From swimming with whale sharks and sampling award-winning Sauvignons, to relaxing in some of the most remote and beautiful corners of the planet – Western Australia offers something for everyone... 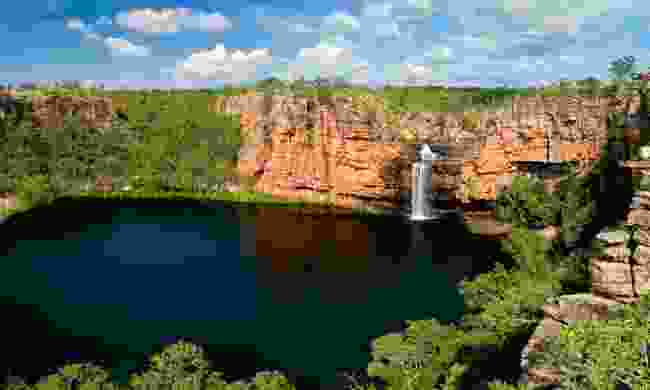 The Kimberley has been whipped and washed by monsoons for millennia – so its landscape is savagely beautiful.

Visit this northernmost corner of WA between April and October (outside monsoon season) to scramble through steep-sided gorges, swim in crystal-clear waters, and gawp at endless horizons from the top of whopping weather-hewn rock formations.

2: Strike it rich in Kalgoorlie 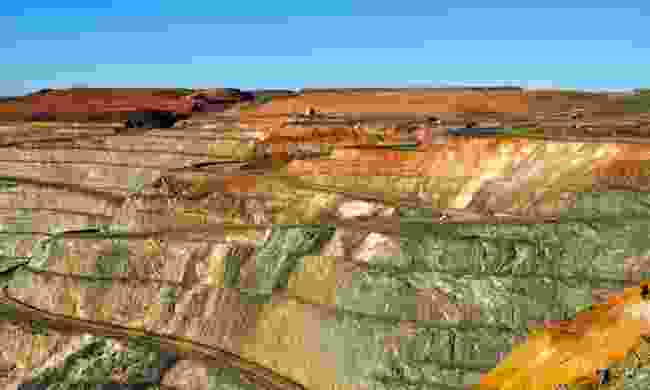 The wild, far-flung city of Kalgoorlie is built on gold – well, not literally, but it is one of Australia's most important gold mining cities. It was founded in 1893, after three prospectors stopped in the area to repair their horse's shoe.

They noticed gold flecks in the soil and paused to investigate – and then the gold rush began. Visit a prospector's campsite, soak up the stories in the city's oldest buildings, and sink a pint of Hannan beer – named in honour of the first man to strike gold.

3: Chill out in Karijini National Park 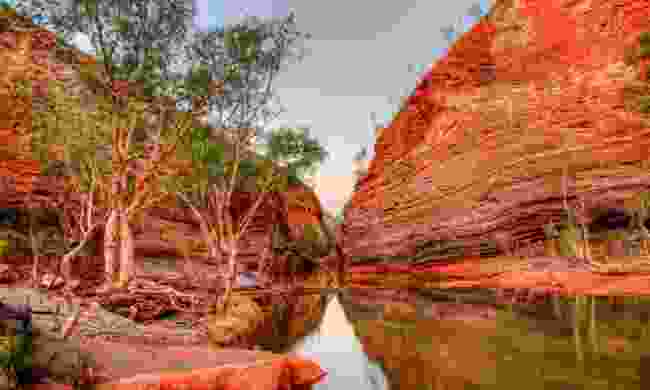 Wallow in waterfall pools, picnic among wildflowers, or abseil down steep-sided chasms: Karijini is a playground for all-things outdoorsy, and you could easily fill a week rambling its myriad hiking trails and seeking out freshwater swimming spots.

When night falls, the sky sparkles with endless stars: there's no light pollution out here, making it a spectacular place to unroll your bivvy bag. 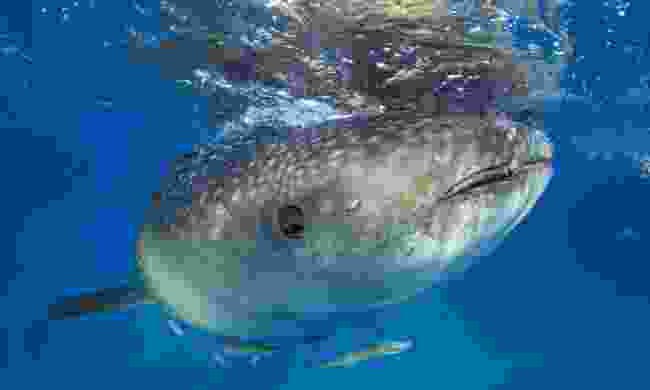 Try a scuba, snorkelling or glass-bottomed boat trip to meet the whale sharks, manta rays and sea turtles of Ningaloo: just three of the 500 species of fish and mammals that thrive in this protected patch of ocean.

5: Meet the dolphins of Monkey Mia 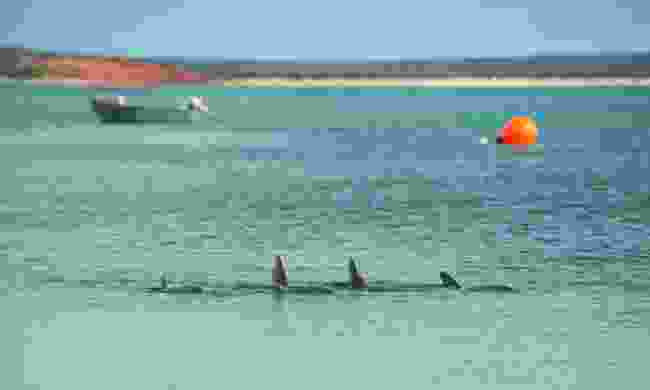 Bottlenose dolphins have come to Monkey Mia's bays for decades, swimming into the shallows to dine on bucketfuls of fish from rangers and visitors. It's a relationship based on mutual trust and respect, and the dolphins aren't the only curious creatures: you'll likely spy whales, turtles and dugongs in the water too.

The 'resident' dolphins are wild, and the amount of fish is limited to ensure that they continue to hunt for food. The researchers at Monkey Mia make a vital contribution to the marine conservation world, and you can lend a hand by volunteering in the reserve too.

6: Be dazzled by pink lakes 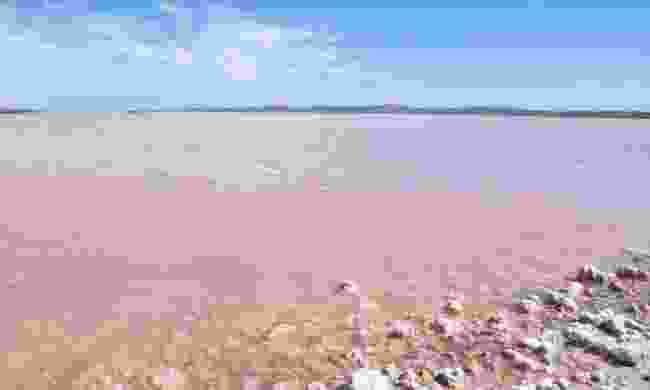 Nobody really knows why Lake Hillier is pink. Could it be from natural dye produced by a microorganism in the water? Or perhaps a red bacteria that is found in its salt crusts? The jury's out, but one thing's for certain: this bubblegum-coloured lake should be on your WA must-see list.

Lake Hillier is on Middle Island, the largest isle in the Recherche Archipelago – a short hop from the south coast of the state. Take a scenic flight from the mainland to spy the rosy lake from above, or visit by boat to experience the islands' tempting clusters of deserted white-sand beaches. You'll have the place pretty much to yourself. 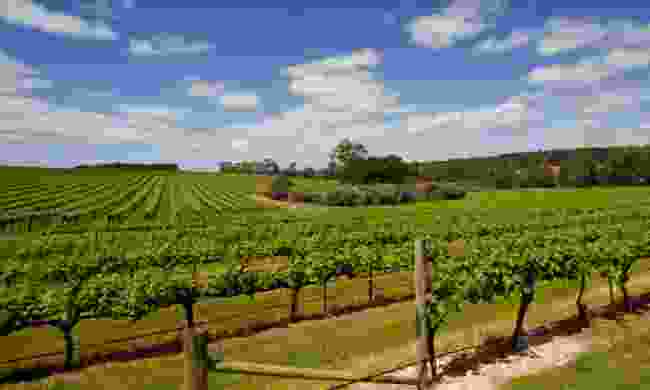 Over 120 wine producers are squeezed into this glorious coastal area – not that you'd know it. The rolling emerald vineyards cover almost every inch of the area, but there's a real sense of serenity. You're only a few hours from Perth, but Margaret River feels wild and wonderful – as will you after a few glasses of its celebrated tipples.

Sign up for a vineyard tour or wobble your own way around by bike – you can choose the wineries according to their specialities, and most places have lovely restaurants too. Work it all off with a surfing lesson: the coast attracts surfers from all over the world.

8: Enjoy the bright lights and beaches of Perth Perth is officially Australia’s sunniest city, with over 3,200 hours of sunshine every year. It also has 19 fabulous beaches within easy reach of the city. Each has their own personality – from the Victorian charm of Cottesloe Beach to the wilder and windier stretch of sand at Leighton Beach – but you can be assured of one thing: the water is always a beautiful shade of turquoise and is incredibly clear.

The sunny skies are perfect for enjoying Perth’s other favourite pastime: eating and drinking. Perth’s food scene is one of the most vibrant in Australia with new bars, cafés and restaurants opening constantly. Not surprisingly, it has the highest concentration of rooftop bars and alfresco eateries in the country.

9: Watch the whales off Bremer Bay 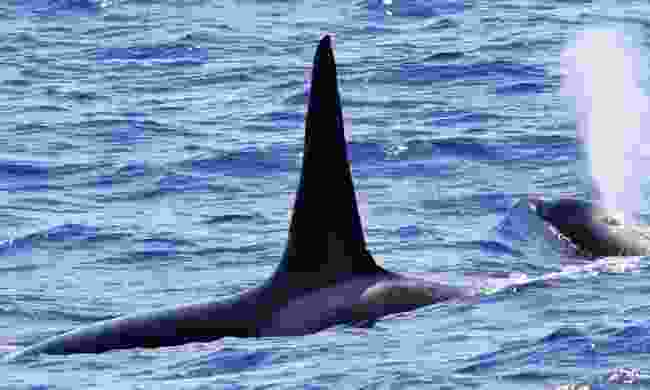 Head to the small town of Bremer Bay, 180 kilometres east of Albany in Western Australia's Great Southern region, to witness one of the world’s newest and most spectacular wildlife phenomenon – a huge annual gathering of the ocean’s greatest apex predators.

Every summer, a current from Antarctica brings salt-rich, nutrient-filled waters to the area and with it, large numbers of killer whales, sharks, dolphins, sperm whales and giant squid. First observed in 2005, it is now a must-see wildlife event between February and March each year. The seas are rough here, so bring your sick-seasickness tablets, but as Wanderlust's Editor-in-Chief Lyn Hughes discovered, the rewards are immense.