9 things you must do in England

Eccentric events, wild places, and a bucketload of history... England has always been a great destination. Now it's an affordable one as well

1. Step inside a stone circle

OK. It’s a taken as a given that you’re going to visit Stonehenge. And with the opening of the impressive new visitors’ centre, it’s worth going in rather than just snap a couple of pics from the road. (Tip: Book online in advance to avoid the queues.) But there are other ancient stone rings in England that are worth visiting as well. They are just as impressive, more accessible and far less crowded. 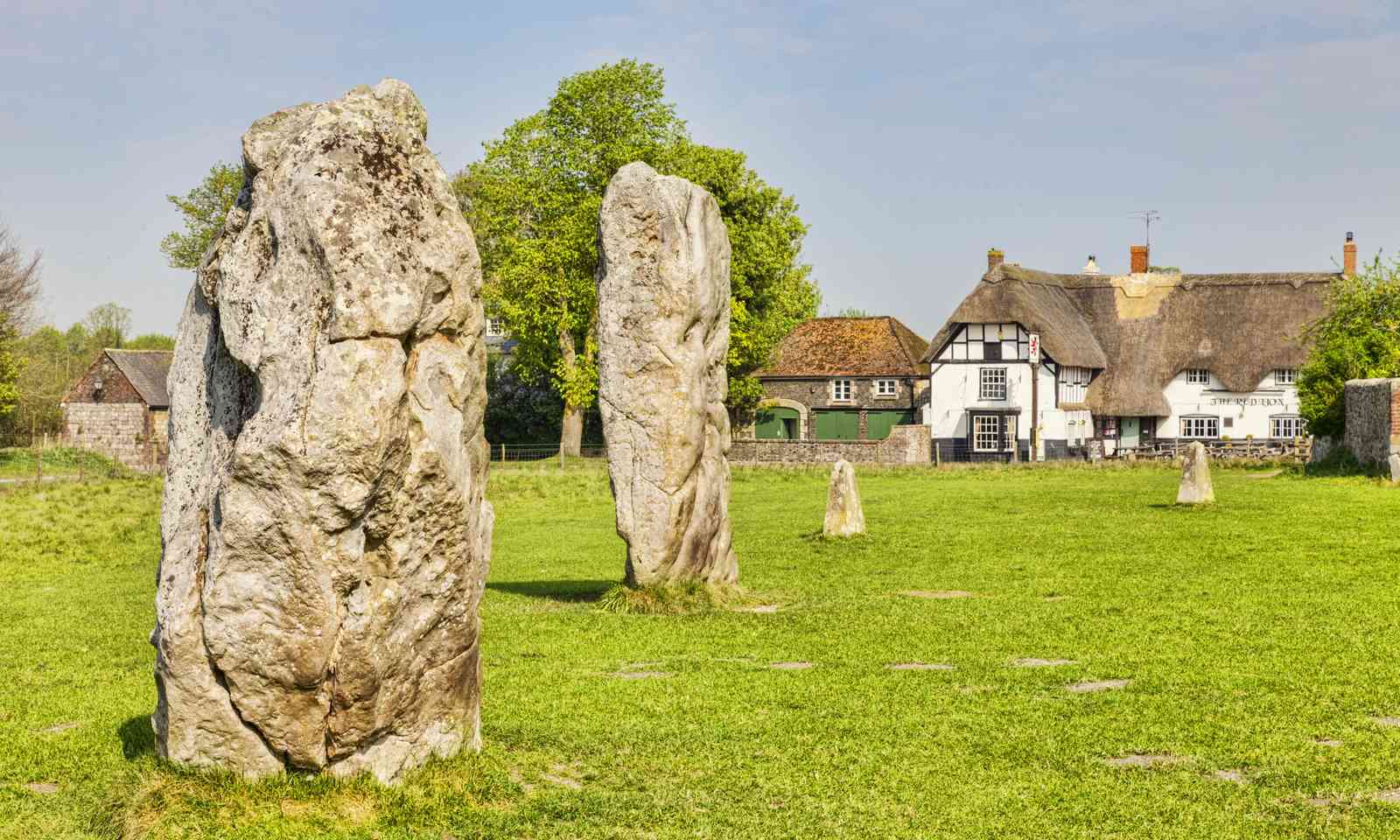 Avebury Ring is the most famous and has the advantage of being just up the road from Stonehenge. It is older and larger than Stonehenge and, once you’ve made your way through the flocks of grazing sheep, you can still access the stones. There’s a small village nestled in the site, including a pub, so you can take it all in over a refreshing pint.

Elsewhere in England, you’ll find the Merry Maidens Circle in Cornwall, the Castlerigg Stone Circle in the Lake District and Long Meg and her daughters in Cumbria. Or peruse our list of top neolithic sites.

2. Step back in time along the Jurassic Coast

Designated a UNESCO World Heritage site and voted one of the Greatest Natural Wonders in Britain in 2005, this crumbling, fossil-rich coastline was created over 100 million years ago when massive earth movements pushed up and tilted ancient layers of rock. It was here that Mary Anning found the first plesiosaur skeleton. With erosion constantly altering the coastline, who knows what you’ll find? 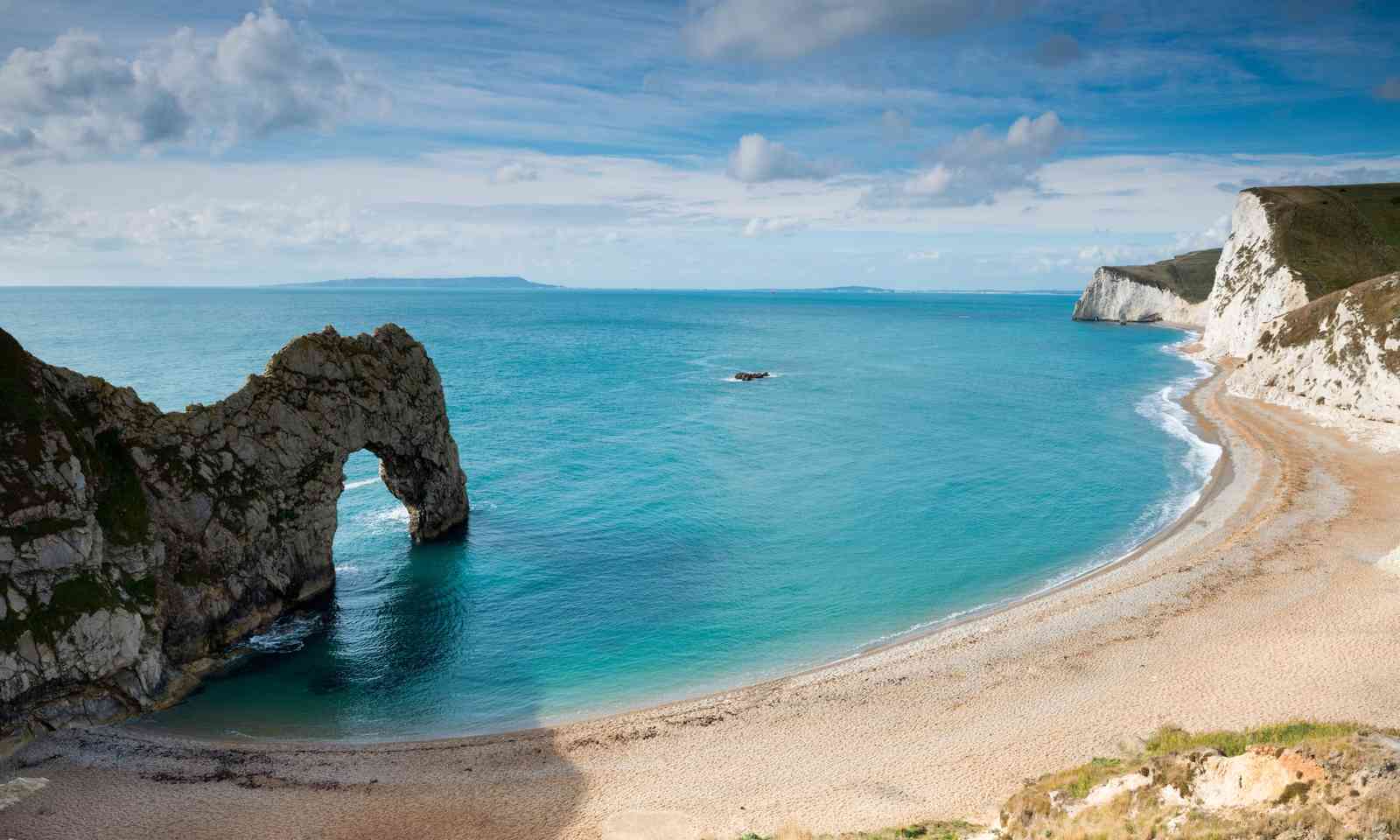 You’re best bet is to wander along the well-marked South West Coast Path National Trail – quite literally, a stroll through time. Stretching from East Devon to East Dorset for 153km, the Jurassic Coast offers more exploring possibilities than can be covered in one long weekend, but if time is tight one of the best places to base yourself is Lulworth Cove.

3. Have a pint in England’s oldest pub

Enjoying a freshly-pulled pint at the pub, short for 'public house', is an integral part of the English experience.  And there is no better place to whet your whistle than England’s oldest watering hole, Ye Olde Trip to Jerusalem. Backing into the network of caves built beneath Nottingham Castle, ‘The Trip’ was frequented by Richard the Lionheart’s crusading knights. Try a pint of the house dark ale then take a tour of the pub’s rear drinking rooms and cellars, which are stuffed with unusual relics. 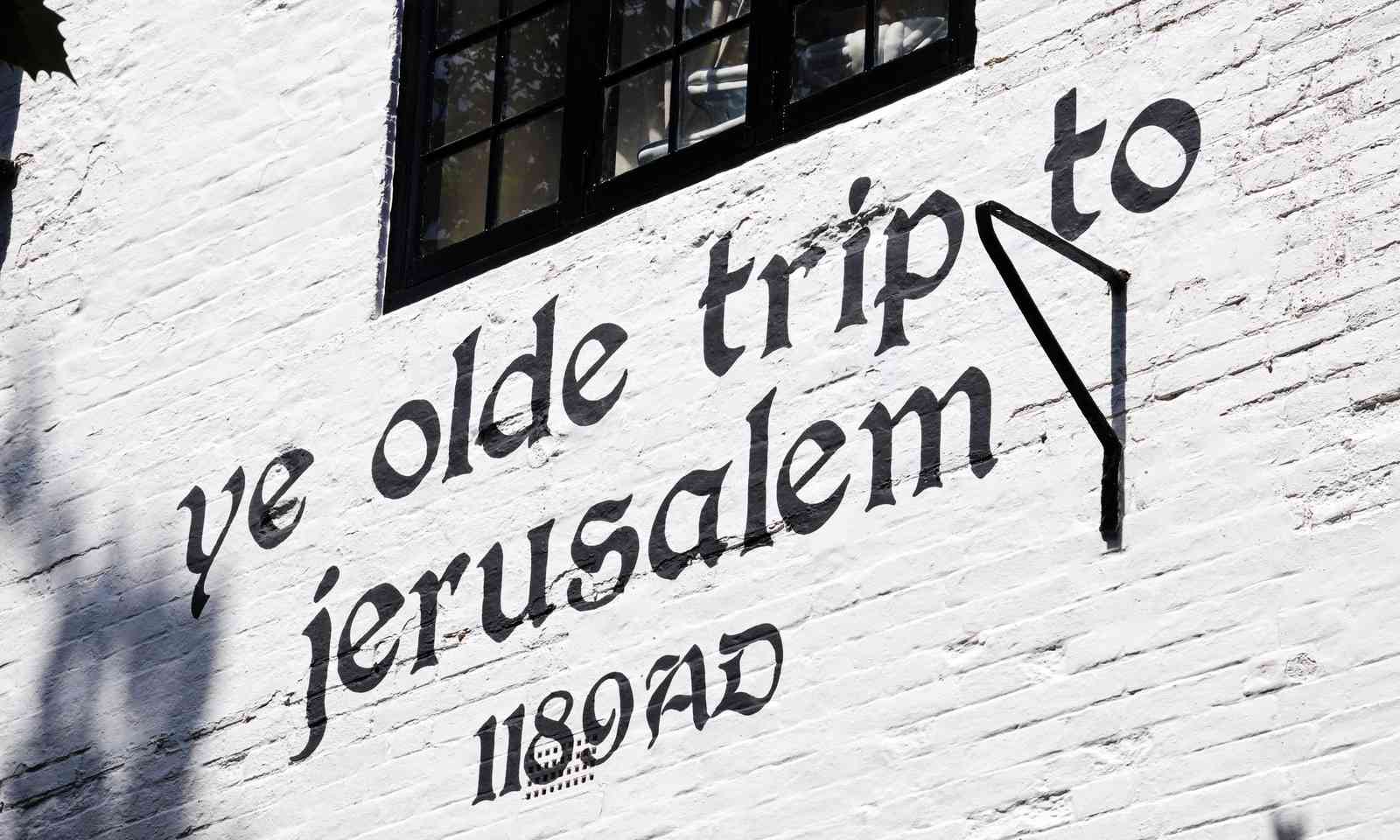 Once you've had a drink at England’s oldest pub, how about another at the country’s highest, The Tan Hill Inn in the Yorkshire Dales? Or the most haunted, Ye Old Man & Scythe, in Bolton? If it’s all about the ale, seek out the craft beer pubs that have sprung up in the more hipster parts of the country like East London, the Northern Quarter in Manchester, Digbeth in Birmingham and the Baltic triangle in Liverpool.

4. Hunt for Banksy in Bristol

Bristol is where Banksy, the world’s most notorious street artist, got his start and the city has embraced his legacy. You can take an official Banksy-themed tour or seek out examples of his early work yourself. The Mild Mild West mural is in Easton, Cat and Dog on Foster Street and the famous Masked Gorilla is on Fishponds Road. The Grim Reaper, originally painted on the side of a ship, has been cut out and hung in the M Shed museum. 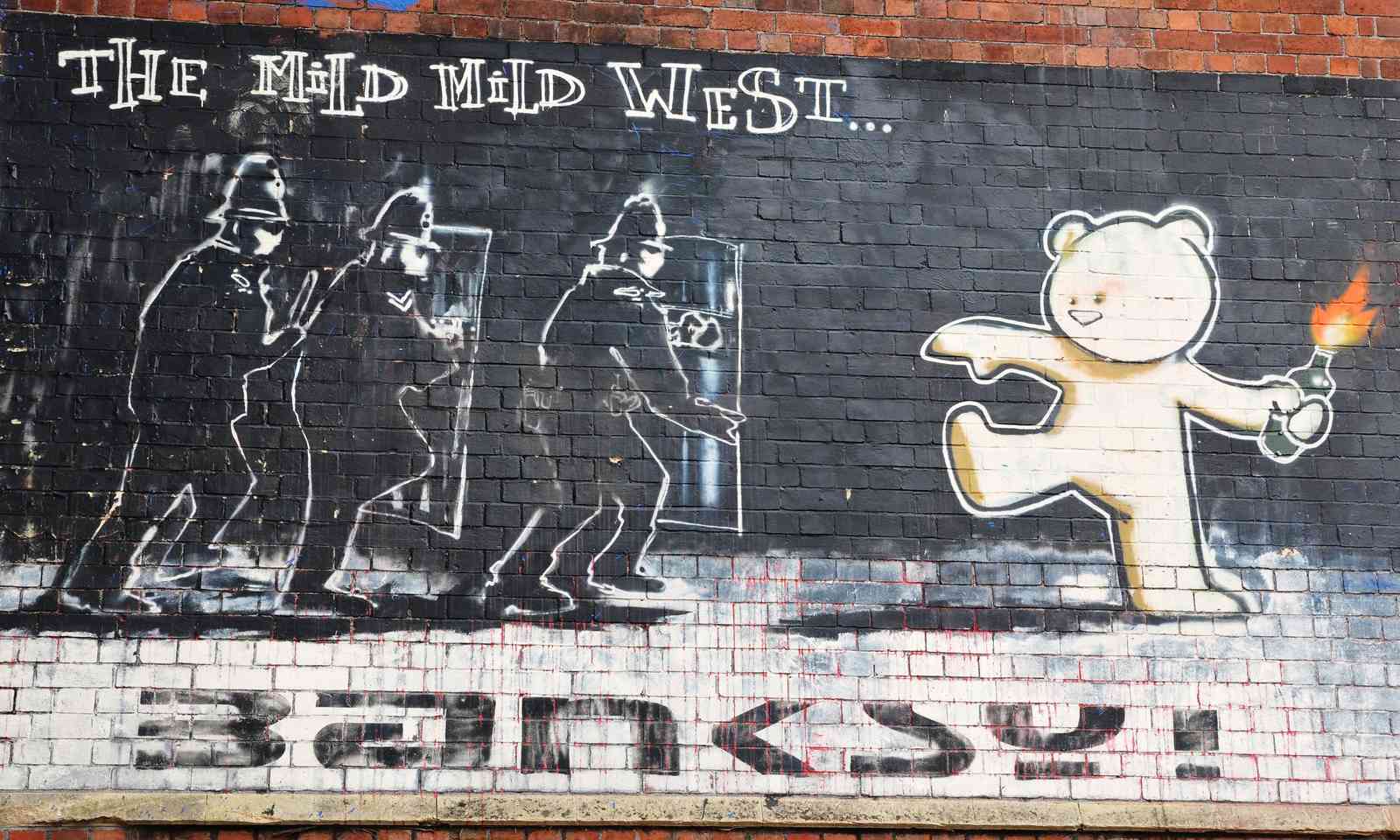 Other big names like Stik and Inkie have left their mark on the city too.

Bristol is home to more than 200 street artists, so think of the city as a constantly evolving urban gallery. Start at Broadmead and head towards the waterfront. Narrow alleys, side-streets and under-passages make the happiest hunting grounds. Leonard Lane is a treasure trove.

English cities are not as cycle-friendly as their European counterparts and are best avoided. The rolling green hills of Surrey are the spiritual home of Mamils (Middle Aged Men in Lycra) and offer a variety of rides, including sections that were used as part of the 2012 London Olympics. Elsewhere in the country you’ll find a selection of rides to suit your mood and experience, on the road or off it. 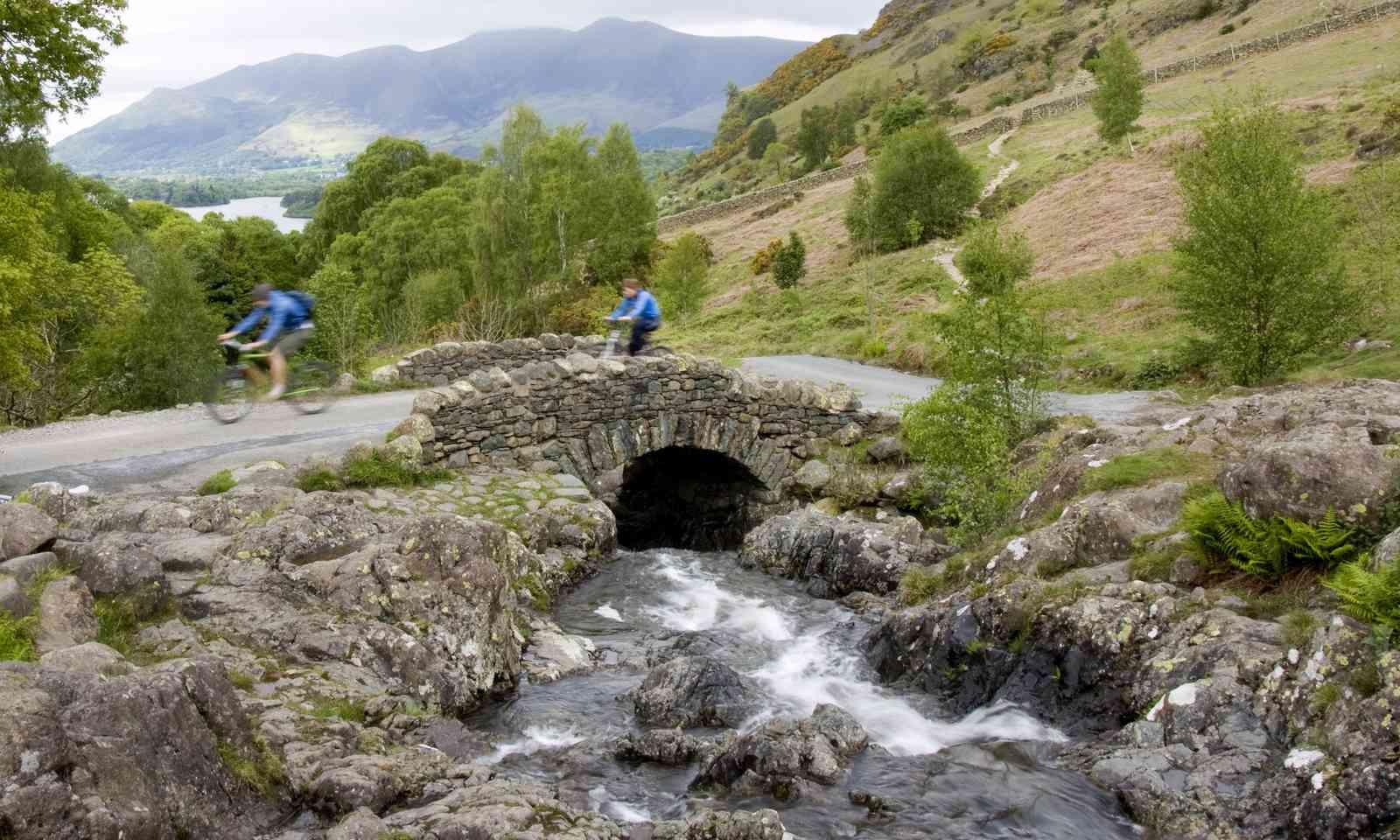 Cycling in the Lake District (Shutterstock.com)

The spin from Gwithian to Coombe in Cornwall will reward you with sea views, meadows and woodland and a refreshing pint at the Sunset Surf Café at the end. For something more challenging, try the route from Bonsall to Winster in Derbyshire. The climb up East Bank will wake your legs up, but there’s an 180-degree view out over the peaks waiting for you at the top. The Monsal Trail, following an old dismantled railway line, is worth a pedal too.

Every year on the last Monday of May, a group of what can only be described as crazy people hurl themselves down a very steep hill in pursuit of a large 7-8lb Double Gloucester cheese. The tradition is centuries old and is apparently rooted in a pagan ritual celebrating the return of spring. While we’re not suggesting you take part – indeed, our lawyers would recommend we do everything in our powers to stop you – it is quite a surreal and utterly English sight. 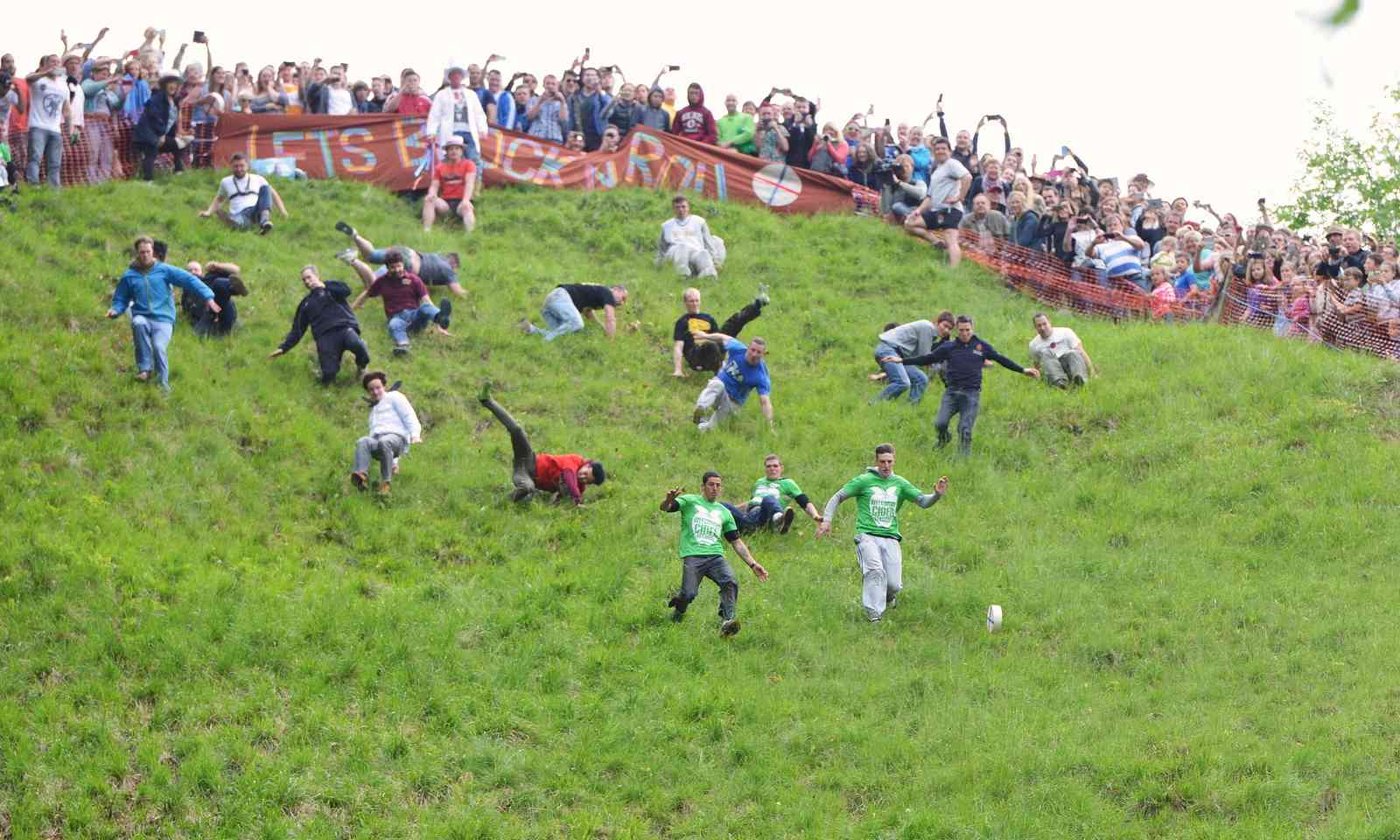 Indeed, gathering to celebrate ancient pagan traditions is quite the common event in England. In Hastings, locals celebrate Jack-in-the-Green, by painting their faces and covering themselves in leaves. The Whittlesey Straw Bear Festival in Cambridgeshire sees a bear made from straw dance for food and money. And Bonfire Night in Lewes in Sussex is a pyrotechnic free-for-all where any thoughts of Health and Safety are banished.

With its sparkling waters, twisted crags and pristine highlands, the Lake District has inspired writers and artists for centuries. There is no shortage of things to do and there is a welcoming pub and a million-pound vista waiting around every corner. Little wonder, then, that our readers voted it their favourite UK region (yet again) in our annual Reader Travel Awards last year. 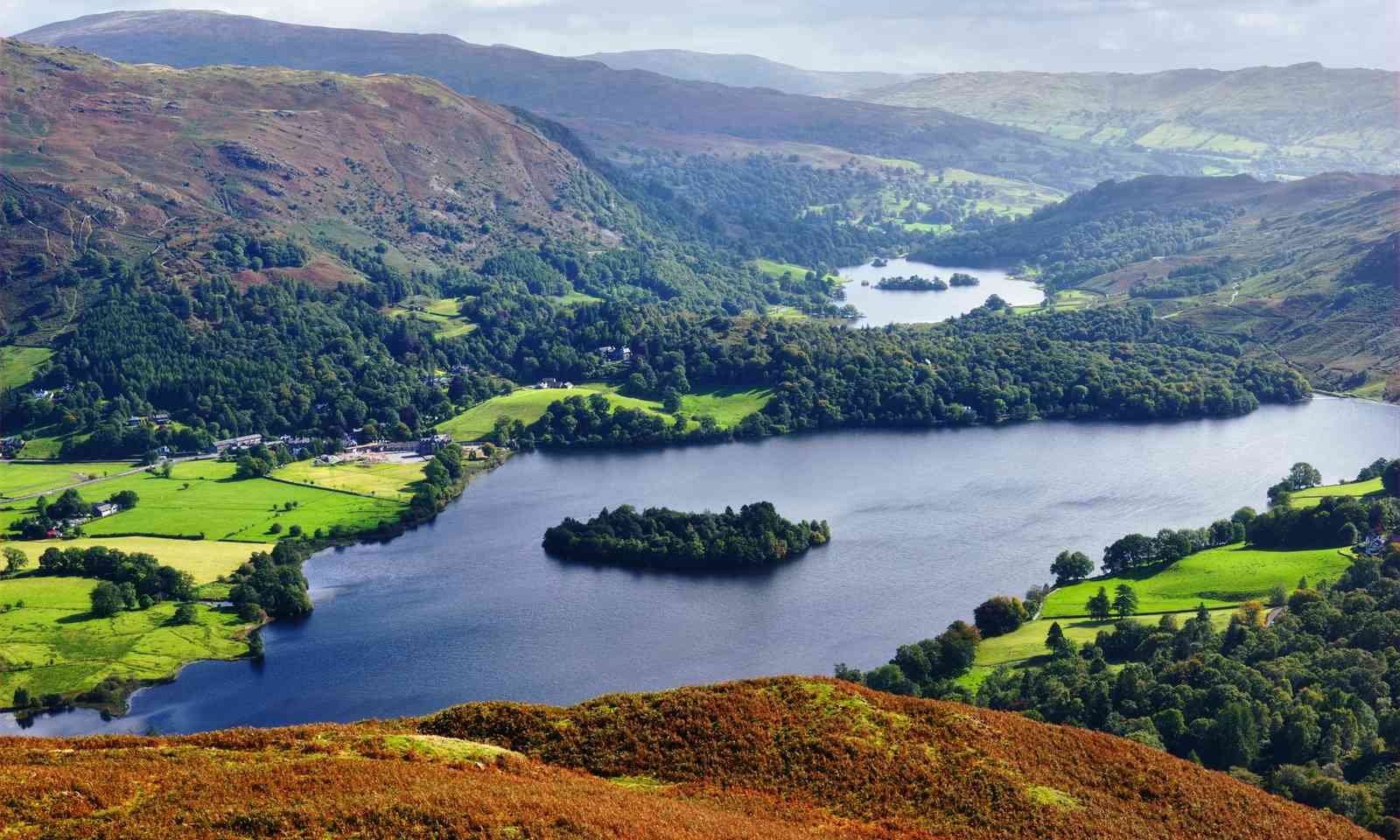 It’s not all Beatrix Potter and gingerbread cottages, though. Scafell Pike is the highest point in England and successfully scaling it guarantees sublime rewards. The fell rises some 978m above sea level and from the peak on a clear day you can see all the way across the sea to the Isle of Man.  The Smuggler’s Path along the Cumbria coast offers up a totally different perspective of the area.

Grab a bucket and spade. Order a portion of fish and chips. And don’t forget to pack a wind-break to protect you from the vagaries of the local weather. Is there a more quintessential English experience than a day at the seaside? Head to Brighton for bohemian cool, Blackpool for a more primal Hens-and-Stags experience. (Visit between gust and November for the world-famous illuminations when more than a million bulbs light up the six miles of Blackpool’s famous Promenade.) 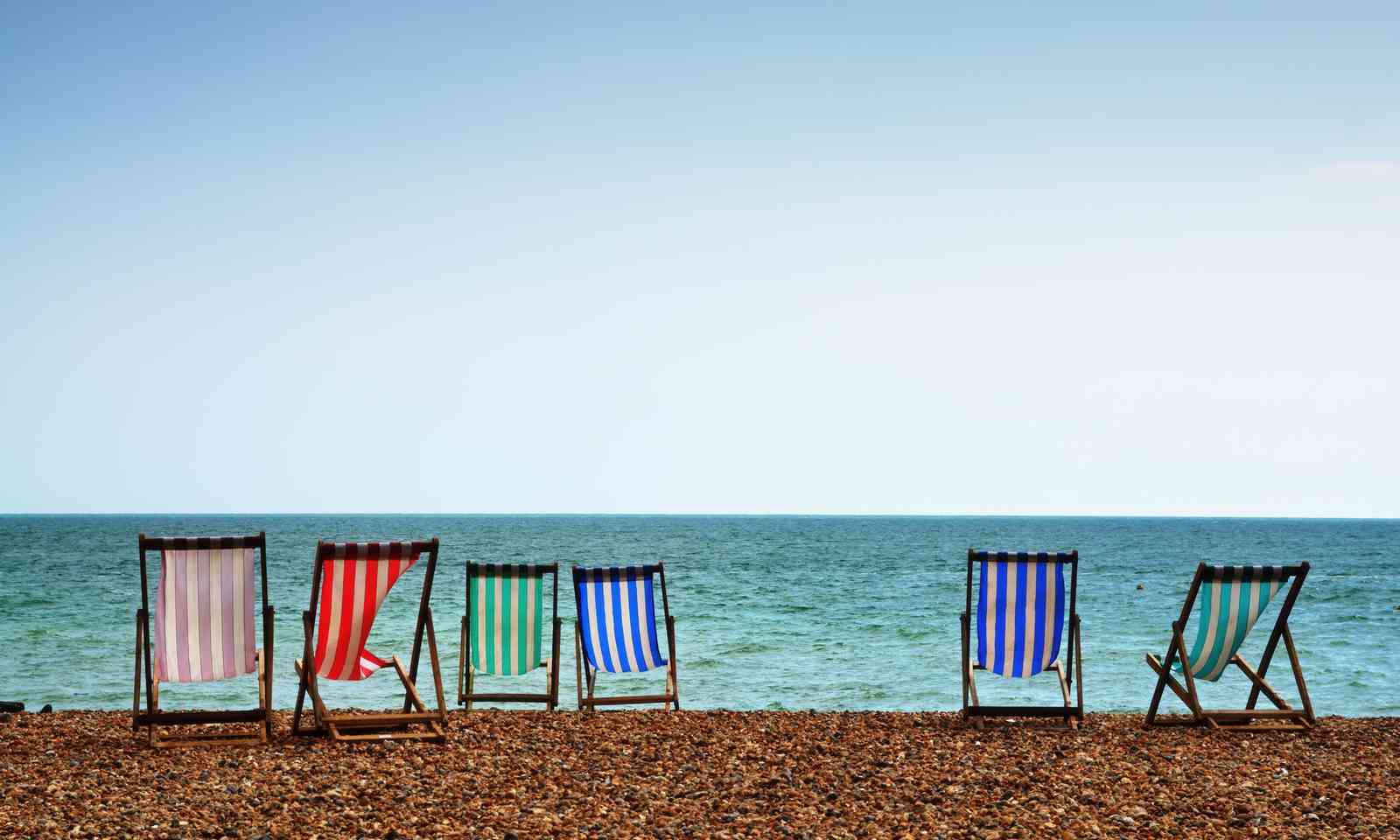 There is a selection of historic piers, from Eastbourne in Sussex to Cromer in Norfolk, that are worth checking out too. And if you’re looking for a more wild and natural experience, England’s long coastline offers an extraordinary number of secret beaches and coves where you can soak up the sun (or the rain), far from the madding crowd. Just remember to leave room for a 99.

The Peak District was the UK’s first national park, designated after a famous clash between ramblers and landowners at Kinder Scout in 1932. Here over 500 walkers took part in a Mass Trespass and in turn, a natural playground , in one of the most stunning corners of England, was created at the southern end of the rugged Pennines. 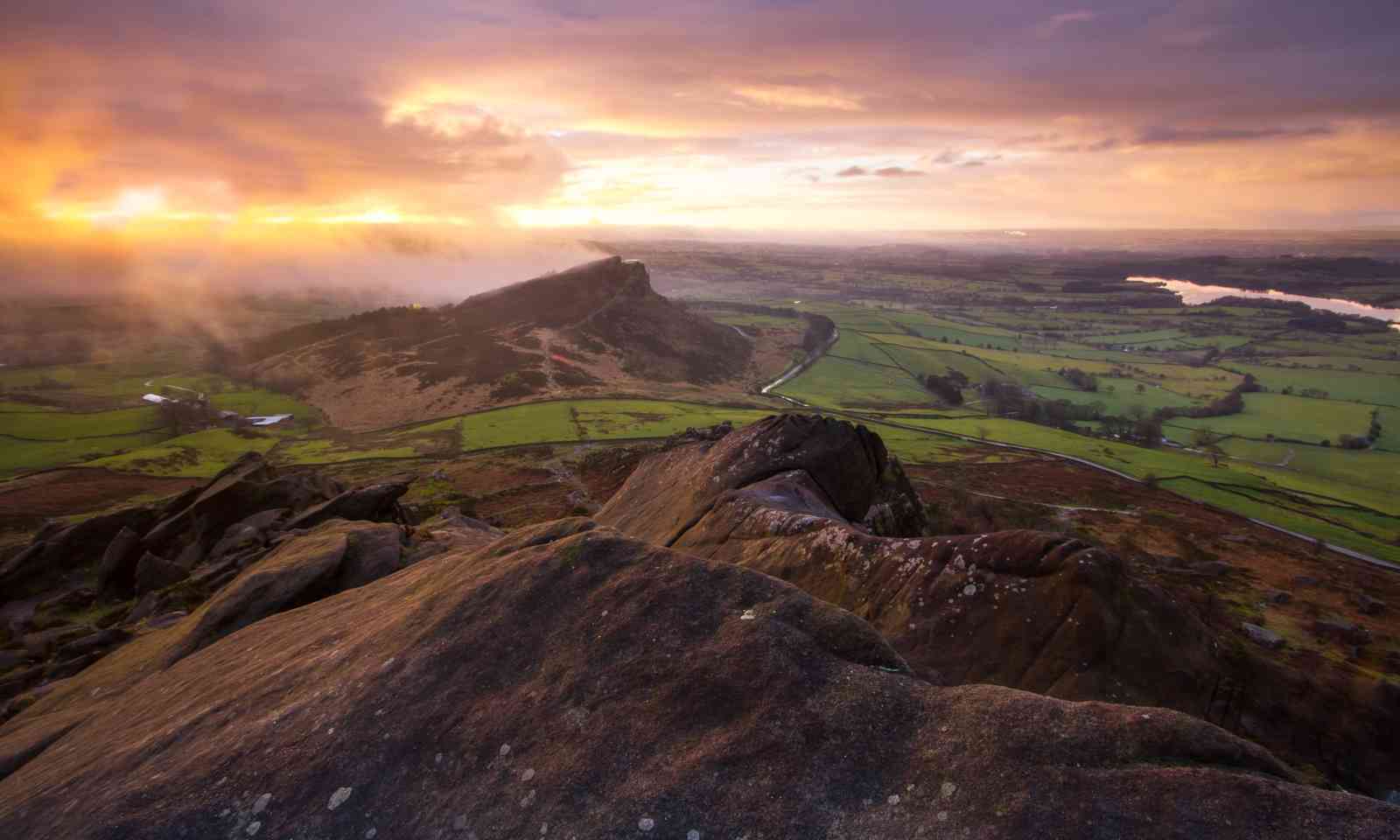 Sunrise over Hen Cloud in the Peak District (Shutterstock.com)

While there are plenty of welcoming hearths and public houses in the area,  you need to pull on your hiking boots and explore the jagged crags that rise from the moorlands to experience the district fully. In winter the spectacular mist-shrouded Kinder Downfall, the Peaks’ tallest waterfall, spews out ice formations, while in late summer the area is swathed in the heady scent of heather.

For a truly memorable panorama, head towards Hathersage, 20 minutes from Sheffield, for the aptly named Surprise View that suddenly appears out of nowhere.