9 things you must do in Brazil

Vibrant cities, huge swathes of jungle and untouched beachs, Brazil offers something for everyone. Here are the best ways to get to the heart of this vast country

1. Spot wildlife along the Amazon

You don’t need to venture deep into the untouched rainforest to see wildlife in Brazil. Indeed, some of the country's most iconic creatures are found in and close to easy-to-access sections of the mighty Amazon river. The pink river dolphin is widespread across the Amazon and its tributaries, preferring river mouth areas, where fish are plentiful. According to local legend, these friendly, sociable creatures can emerge from the water, turn into men, seduce young ladies and then return to the river; they've sometimes been (probably incorrectly) blamed for unwanted pregnancies. 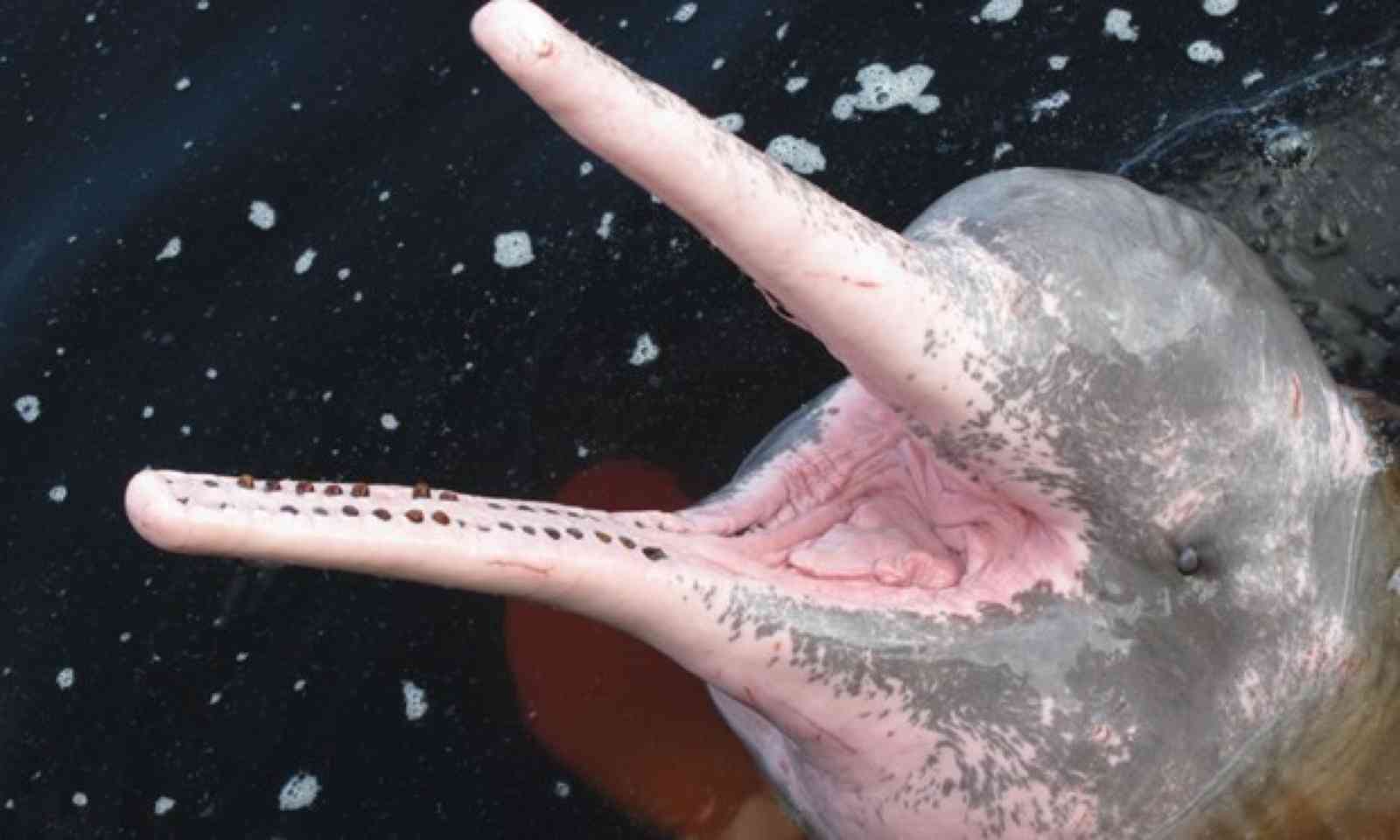 The notorious piranhas are pretty easy to find too. They like white water rivers and streams - there's no shortage of local outfits offering a chance to try piranha fishing. Locals submerge bait to attract a feeding frenzy, so keep your hands within your boat.

Also, head to oxbow lakes and swamps to spot a hoatzin – a pheasant-sized, slightly prehistoric, blue-set stary eyes and a messy Mohican. Also known as a stinkbird, chances are you'll smell it before you see it.

Starting just south of the mouth of the Amazon and stretching all the way to Fortaleza, you’ll find one of the strangest and most strikingly beautiful stretches of coastline in the world. Blown inland by powerful trade winds, the sandy South American seas have sculpted the coast into dune deserts, of which the Lençóis (meaning ‘bed sheets’) are the biggest. They're part of the Lençóis Maranhenses National Park and the real surprise is that such an extraordinary place is still quite firmly off the international tourist map. 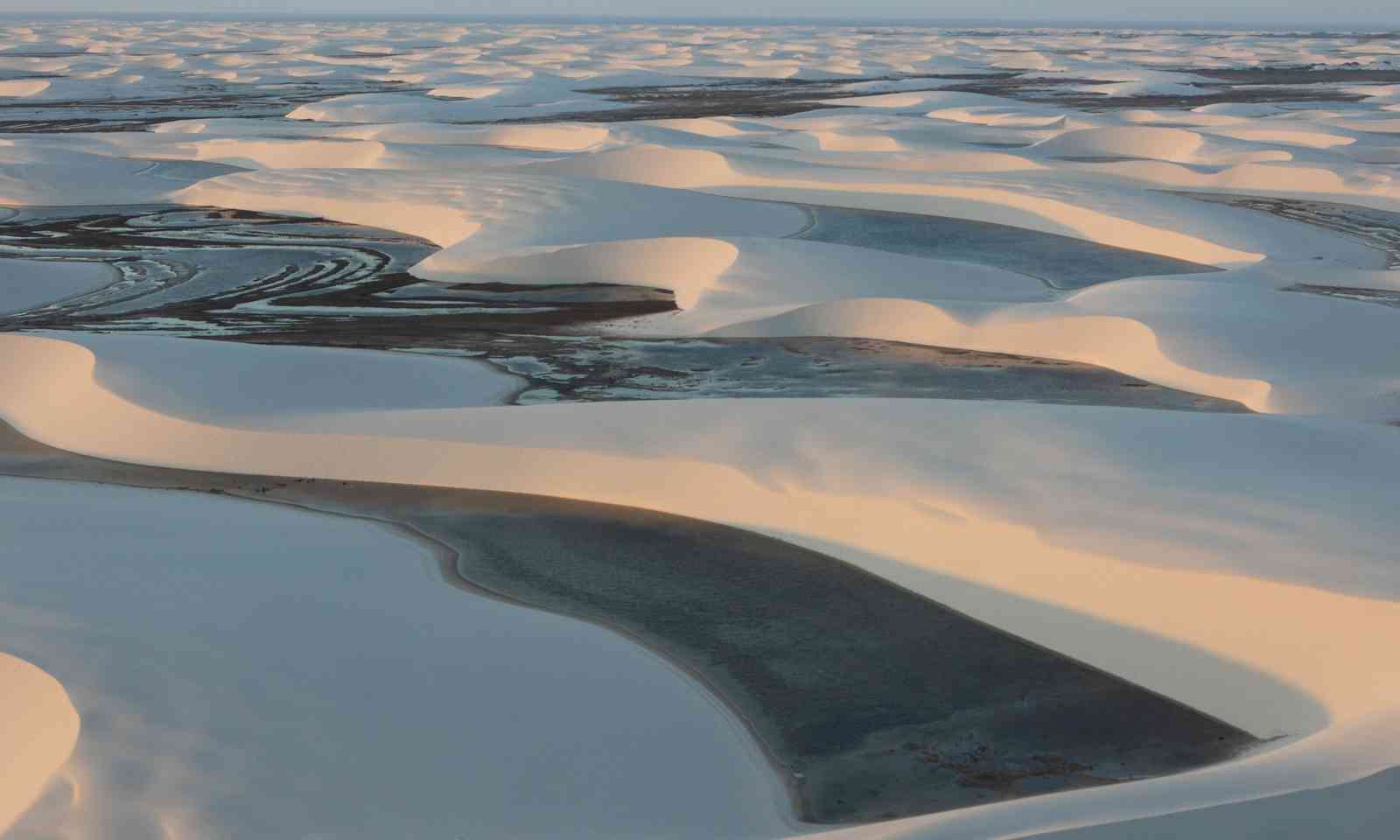 A lagoon in the dunes (Dreamstime)

These deserts are broken by huge river deltas filled with forest-covered islands, fringed with long, broad and empty white sand beaches and dotted with tiny villages. Some of these have become small resorts, while others remain almost unchanged since Portuguese times, peopled by fishermen who sail saveiros, which are wooden boats still built to the same design as the Moorish dhows that plied the Algarve’s bays when caliphs ruled Iberia.

3. Learn a martial art in paradise

Here's a great idea: find a sleepy island off the coast of Brazil, hire the services of a local martial arts master and get fit in a tropical Eden. The Eden is Bahia, a province on the northeast point of Brazil, poking out into the Atlantic, and boasting some of the country’s best music, food and colonial architecture. The martial art is capoeira, a unique art form that, some say, is a New World slant on traditional Angolan tribal dances. 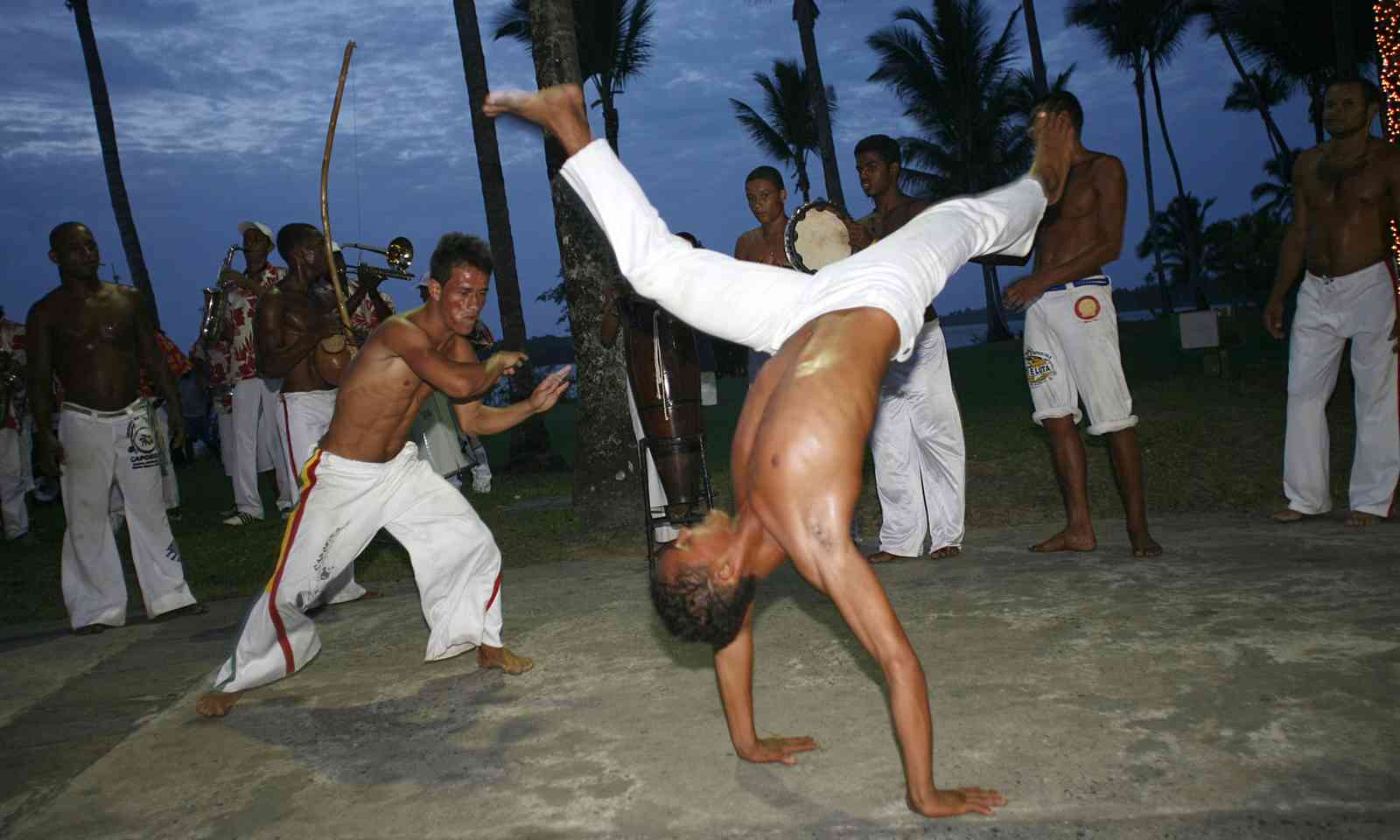 Capoeira has developed into a popular non-contact martial art and learning its techniques is the most hands-on way to experience one of South America’s richest cultures. Salvador is its spiritual home, with many recommending courses at the School of Mestre Bimba, founder of modern capoeira. But for something different head to Boipeba, a tiny island of mangrove swamp and sandy beaches, and seek out Mestre Guilherme, the local capoeira teacher. (When he’s not teaching, he’s on the beach strumming his berimbau (single-string musical instrument). The beach is also his classroom - when you’re not working up a sweat, it’s the perfect place to sample unspoilt rural Bahian life.

As any foodie worth their salt will tell you, if you want a real taste of Brazil, head to the bars. Even the most rough and ready establishments offer bite-sized snacks that will delight the palate and encourage more drinking. The snacks are such an important part of Brazilian cuisine that they have their very own ‘Olympics, the Comida Di Buteco, held every year in Belo Horizonte and across the country. 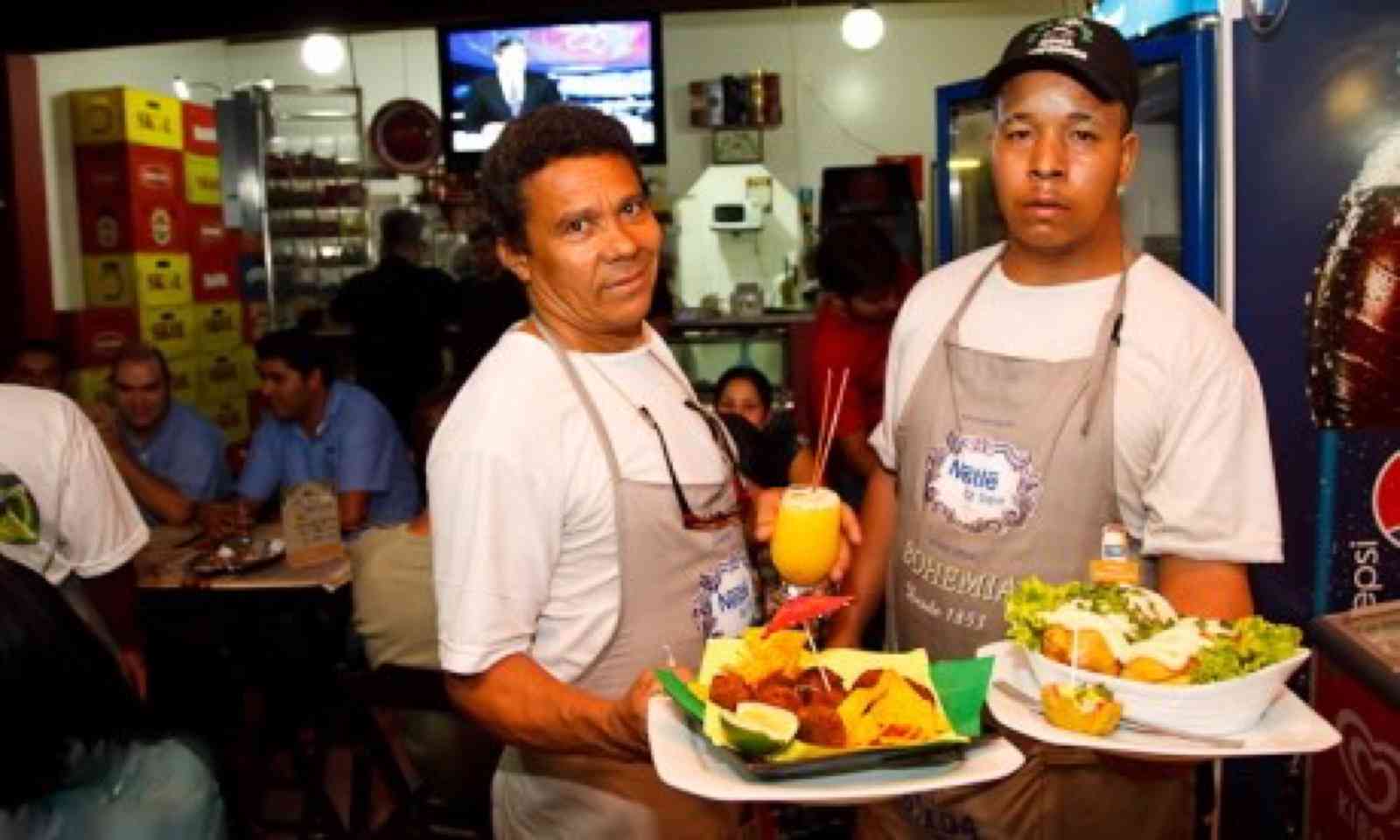 Each participating bar offers a single dish in competition. The staples are pork, chicken, rice, beans and kale. There is also beef, cheese and the delicious cassava, a fibrous root vegetable from Africa. Most dishes have a rustic simplicity but big flavours.

The tropeiros always do well. Named after the travelling businessmen who linked up coastal Brazil with the hinterland, they're a delicious combination of pork belly, rice, beans and kale, combined with cassava flour and a fried egg, topped with a splash of chilli sauce.  Bar de Lora goes down a treat too with a dish of beef braised in black beer.

5. Spot a jaguar in the Pantanal

Sleek and graceful, the jaguar is South America’s largest predator. It is also its most elusive, with sightings far too rare to trouble (or excite) most tourists. Unless, of course, you head to the Cuiaba River in the heart of Brazil's Pantanal. No single location in the Pantanal’s entire 150,000-plus sq km notches up more sightings, with the cats often commuting along the highway or lazing by the river in broad daylight. 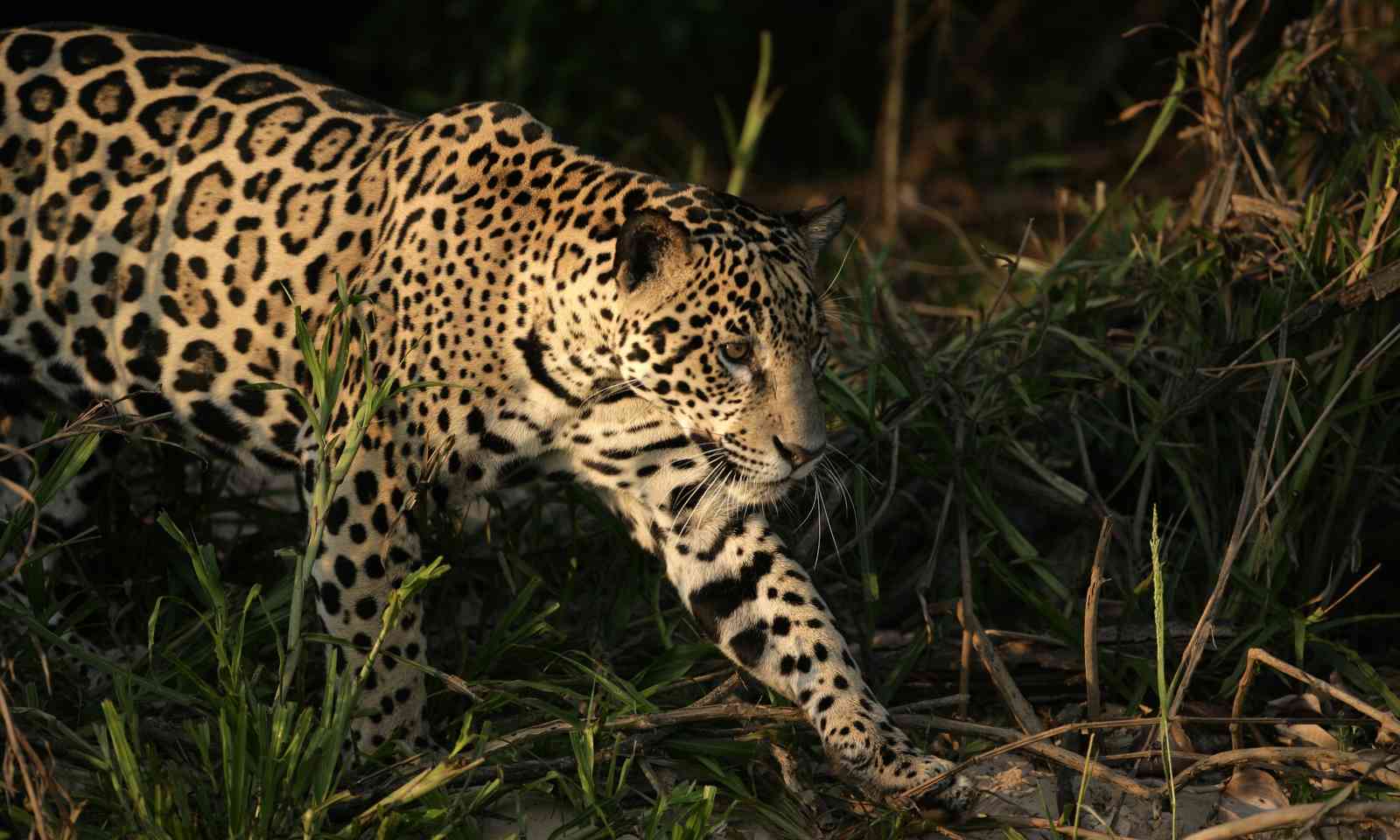 While you wait for the elusive cats to appear, the Pantanal’s other residents are sure to put on a show. Every flash of water is littered with birds: egrets and storks probing the shallows; snail kites and kingfishers poised on fence posts. Each bridge offers a bird’s eye view of the caiman that cruise the shallows, while capybaras – big and cute rodents – break off their browsing to fix you with inscrutable stares.

6. Drop in on Brazil's most remote islands

Fernando de Noronha is some 350km adrift from the Brazilian mainland and a smidgen south of the equator, an archipelago that is a 21-island eco-paradise. Mentioning you've been there makes you the envy of many Brazilians. The waters are impossibly emerald, the ethos equally green – 70% of Noronha is protected in a national park, and visitors must pay a mandatory Environment Protection Tax on arrival. It is an important breeding and feeding ground for tuna, sharks and turtles and home to the largest concentration of tropical seabirds in the Western Atlantic. It’s also just a beautiful, uncrowded place to take it easy. 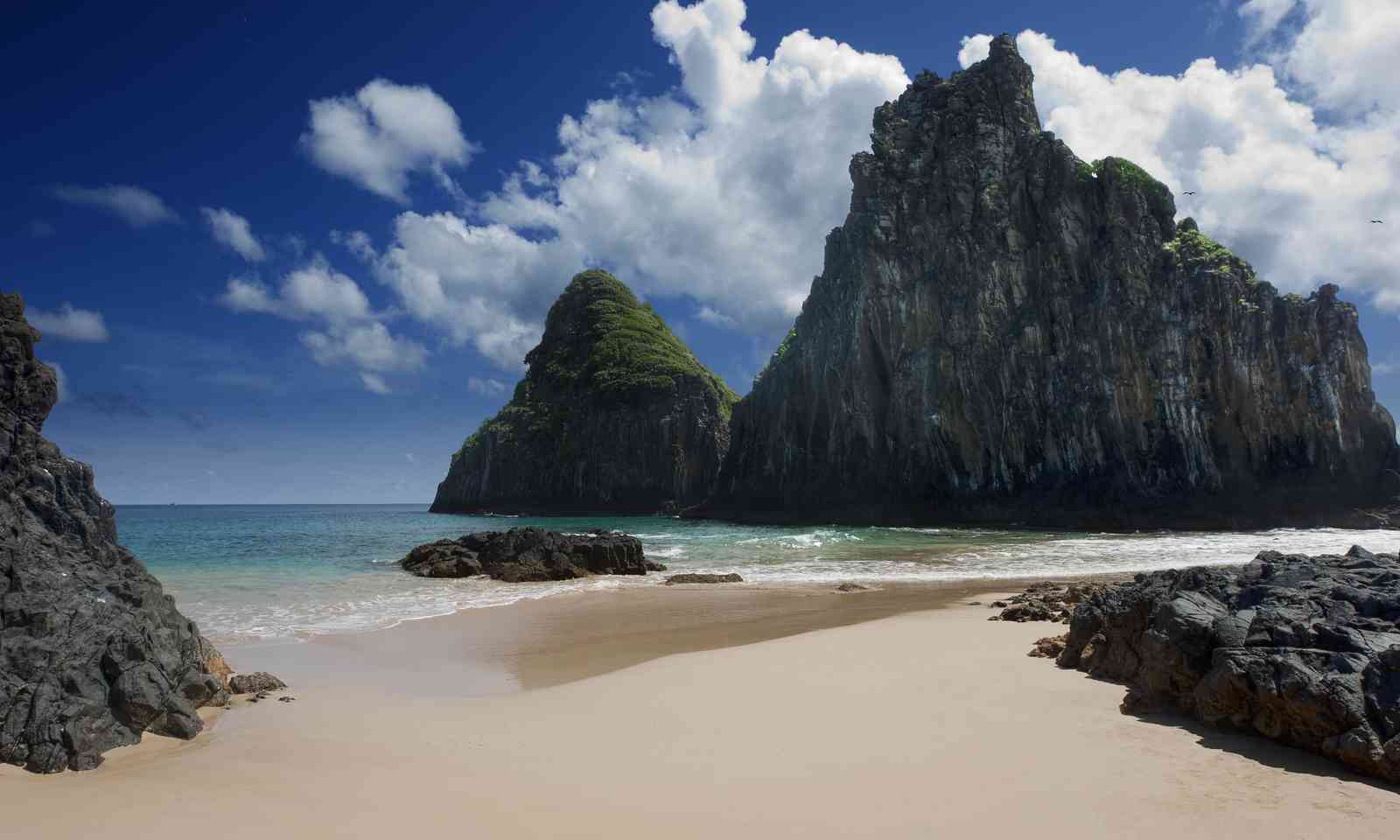 The beaches, even by Brazil's high standards, are spectacular, with Praia do Sancho generally considered the pick of the bunch. The water is full of frolicking spinner dolphins, turtles and small (allegedly friendly) lemon and nurse sharks. There are also abundant reef fish; some are nice to swim with, others turn up at delicious beach barbecues.

The hiking is good too: hit the Esmeralda Coast Trail to spot diving pelican or trek to Pedra Alta Little Point, site of Brazil’s first shipwreck.

Despite its size, Brazil isn’t famous for its trekking. But the country’s standout hike has to be the Grand Circuit of Lost World-like Chapada Diamantina National Park. Starting from Lençóis, the route loops up and down amid the distinctive table-top massifs, passing wide plateau, emerald valleys and dive-in-able pools. 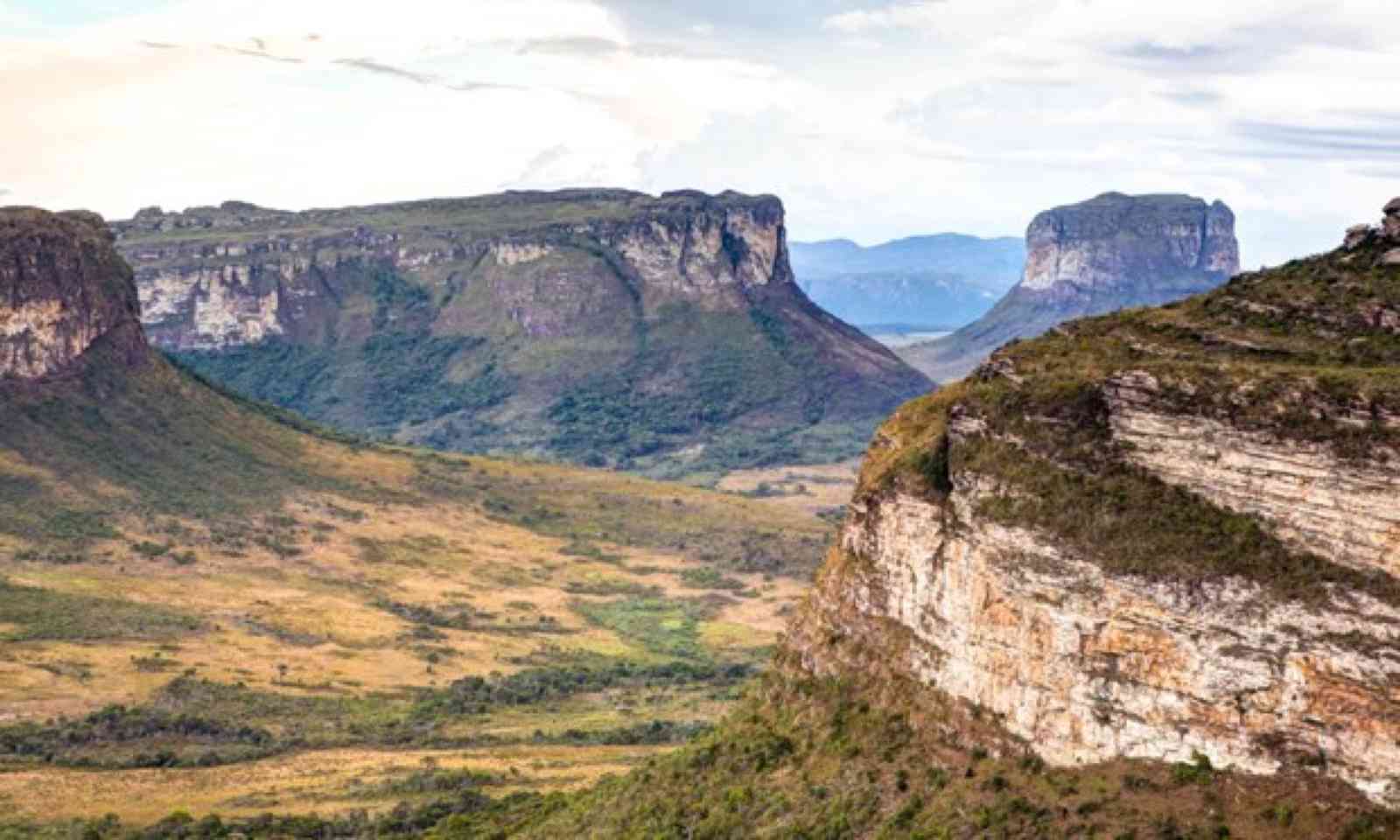 Meet the hippy alternativo residents of the Vale do Capão; admire 400m-high Cachoeira da Fumaça, one of the highest waterfalls in Brazil; detour to the stone ruins at Igatu; and keep a lookout for birds and orchids amid the foliage. Also, villages and pousada accommodation en route mean you don’t have to spend every night under canvas.

Brazil’s beach-loving, carnivalesque city always scores highly with travellers - and it's easy to see why. From the golden sands of Ipanema and Copacabana and the lively bars of Lapa right through to the authentic local experience of favela tours, there's plenty here for days to be as lazy, as lively or as stimulating as you like. That's without even mentioning two of the world's most famous scenic spots - taking a morning ride on the cable car up to the top of Sugarloaf Mountain and a just-before-sunset jaunt up to the top of Corcovado, the hunchbacked mountain that's home to Cristo Redentor (Christ the Redeemer) statue, is a fine way to bookend a day in the city. 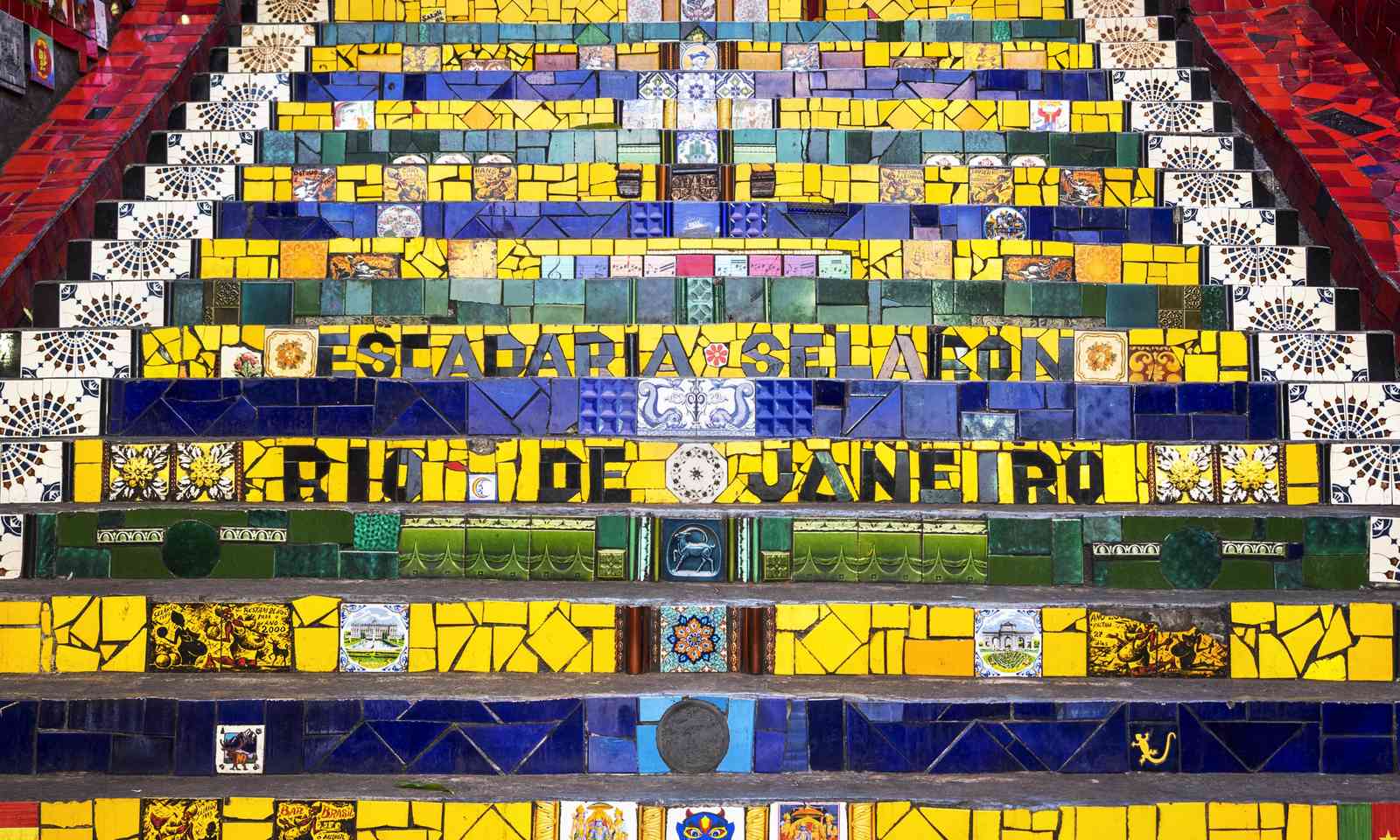 Cariocas generally hold the attitude that life is for living. You'll do well here - and have a ball - if you get stuck in with the locals for a bit of samba or football. But even more than those two major passions, many Rio residents are all about the beach - in particular, famous Copacabana, Ipanema and Leblon. A walk along the promenade is a must on a Rio visit, where you'll be joined by skaters, cyclists and muscle-bound guys working out (or mainly posing) at the beachfront gyms.

It would take a month or more to drive Brazil’s massive coastline. But not everyone has that kind of time - or staying power. Instead, you could complete an attractive 600km stretch from Santos to Rio's Copacabana beach, a chance to explore vibrant portions of the at-risk Atlantic forest.

Santos is known not only for having Brazil’s biggest port, but for nurturing Brazil's most famous son, the national hero Edson Arantes do Nascimento, better known as the legendary footballer Pelé. The city’s Museu de Futbol, housed in the old FC Santos stadium, is dedicated to the great master.

Make time for taking it easy at laidback island resort Guarujá before setting off on your self-driving trip on the BR101. Ilhabela, reached by ferry, is a chance to witness how São Paulo’s beautiful people like to party - and to join them. 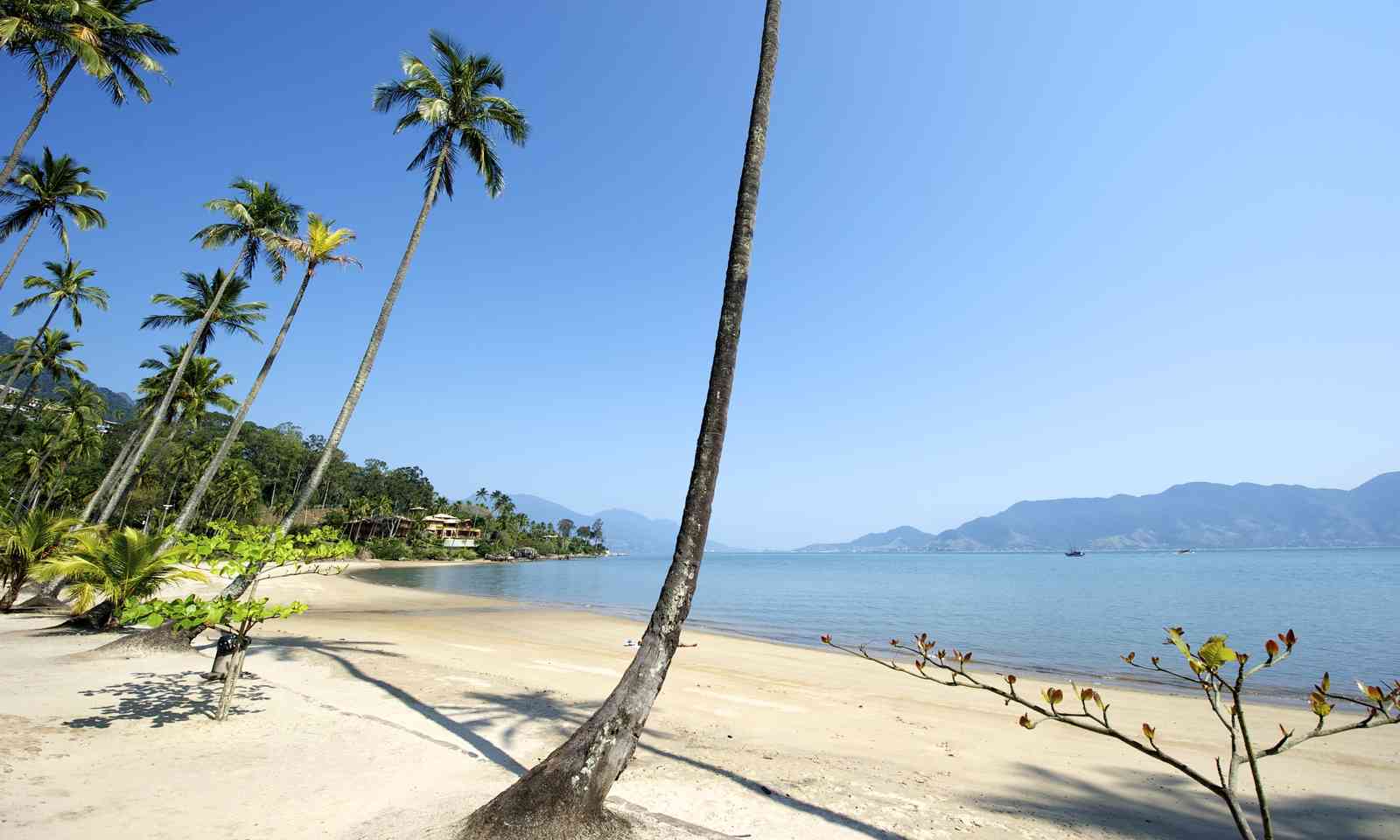 At Ubatuba, the road climbs up through the Serra do Mar mountains, At Catuçaba, a local fazenda (ranch) is a chance to get stuck into a good book, go horse-riding across the peaks or chill out.

Paraty is arguably southern Brazil’s prettiest city, with a steamy but picturesque colonial centre, lots of boutique hotels and more world class beaches. Take another ferry, this time from Angra dos Reis to the little island Ilha Grande, a green,traffic-free island that's become a big hit with backpackers seeking good hiking through the forests, beach-hopping and a lively traveller scene for those who are up for it.