A former resident of Japan recommends nine things you mustn't miss in Hiroshima, from a Japanese garden to a museum dedicated to the victims of an atomic bomb 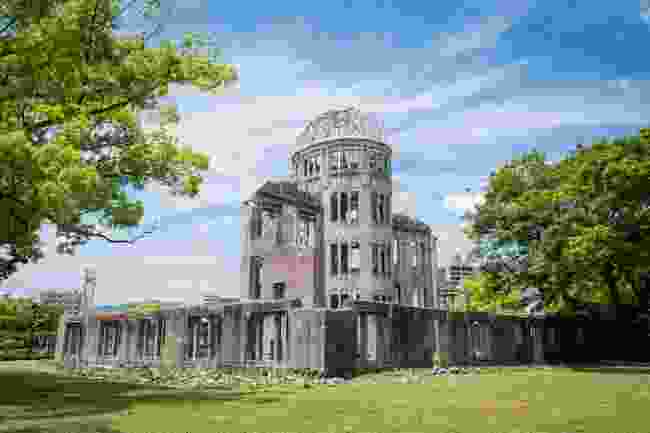 When the atomic bomb dropped on Hiroshima on 6 August 1945, it was aiming for the Aioi Bridge, a T-shaped bridge over the Motoyasu River. The bomb actually detonated two streets away, in a spot now marked by a Ground Zero plaque.

The plaque sits behind a former exhibition hall which was left in ruins after the bomb. Now known as the A-Bomb Dome, the structure is a UNESCO World Heritage Site. 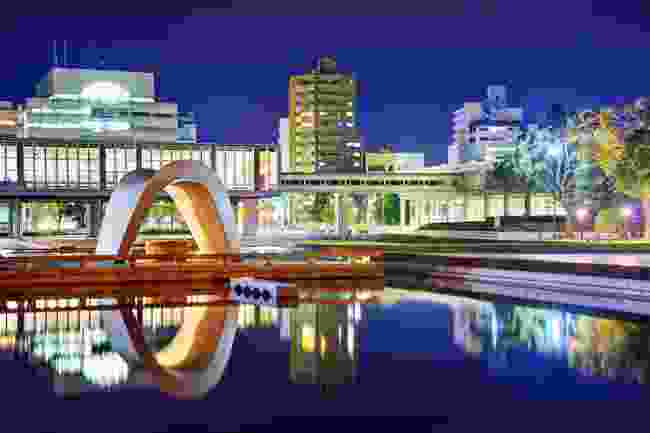 The A-Bomb Dome overlooks Hiroshima Peace Memorial Park, where you can ring a giant bell and see a flame which has burnt continuously since 1964; it will remain lit until all nuclear bombs are destroyed.

The park is also home to Hiroshima Peace Memorial Museum. Visits take about three hours and you’ll probably need tissues. Exhibits include black and white photos of the city’s destruction, a human shadow permanently etched in stone and a watch that stopped when the bomb struck at 8.15am. 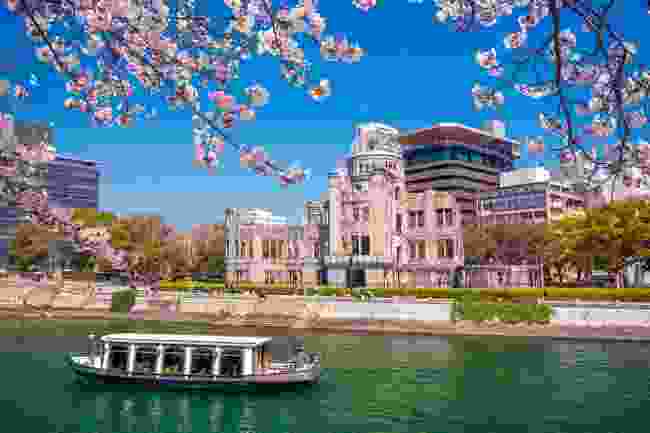 A boat trip in Hiroshima (Shutterstock)

Hiroshima is much more than a city stuck in the past, and one way you can explore it is by boat.

Hop in a water taxi from Motoyasu Bridge and you’ll pass the A-Bomb Dome as you cruise along the banks of the Motoyasu River, which is lined with cherry blossom in spring.

Alternatively, hire a water bicycle and have a go cycling a static bike that propels you along the river in a catamaran-style vessel. 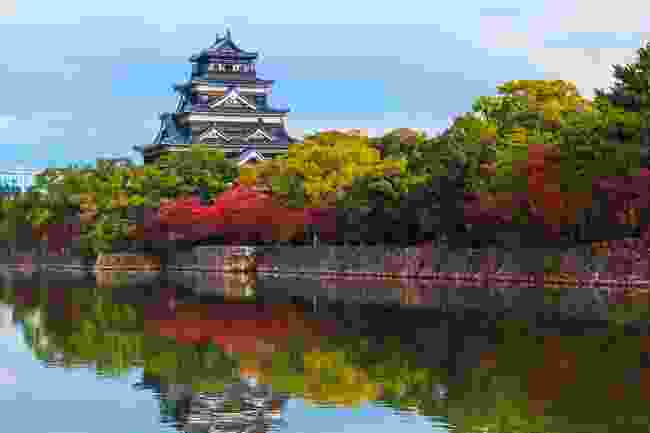 While the original Hiroshima Castle was completed in 1599 for a feudal lord, it was destroyed by the atomic bomb, so the present fort is a reconstruction dating back to 1958.

However, it’s still worth a visit as the five-storey tower is set within a moat and castle walls that form a tranquil park. The park blooms with cherry blossom in spring and maple leaves in autumn. 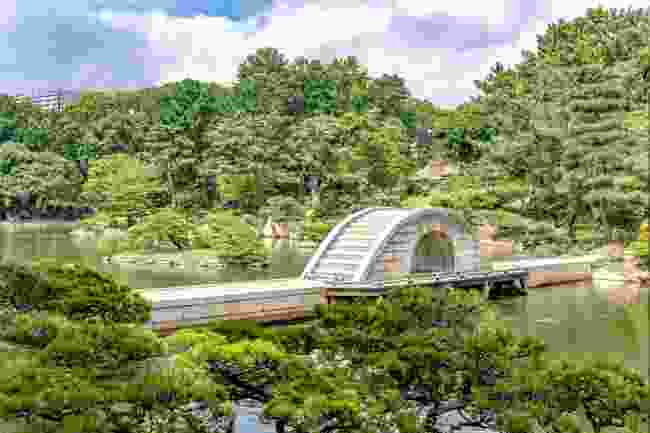 Built for a samurai in 1620, this garden is walking distance from Hiroshima Castle. Its name means ‘shrunken scenic garden,’ and it’s believed to be modelled on the lake in Hangzhou, China, while rocks represent mountains and islands in the Seto Inland Sea.

The size of Hiroshima’s baseball stadium, it takes about 40 minutes to stroll the path that winds around the lake, which is filled with carp and turtles. As well as peony and herb gardens, you can amble through a plum orchard and past bamboo, maple and gingko trees. In autumn, the trees are illuminated at night, while stone lanterns make dark corners glow. If you need a pitstop, have a rest in one of its teahouses. 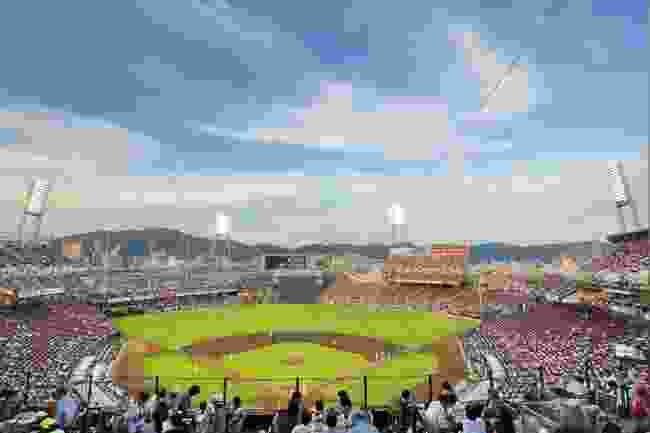 Kattobase, kattobase! When it comes to baseball, the Japanese love it as much as the Americans do.

Even if you’re not a fan of live sport, it’s worth taking in a game at Mazda Stadium. With capacity for 35,000 fans, it’s a fun spot to people-watch, listen to a band and soak up a festival vibe.

Once you’ve donned a giant foam hand and a red cap you’re all set to cheer on the Hiroshima Carp with cries of kattobase – hit it hard! 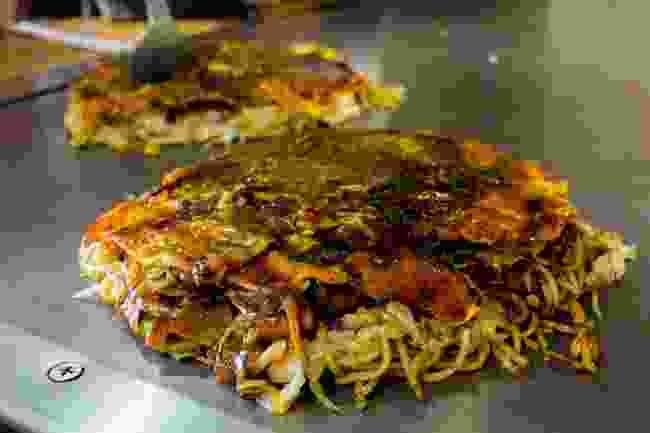 One of Hiroshima’s specialities is okonomiyaki, which is cooked on a hot plate in front of you. The dense patty is made up of layers of noodles, shredded cabbage, grated yam and strips of meat, fish and veg which are sandwiched between omelettes.

The end result? An inch-thick pancake, drizzled with mayonnaise and sweet sticky sauce and topped with seaweed and bonito fish flakes. Try it in Okonomimura, a tower of 24 restaurants that all specialise in the dish.

8. Climb to a shrine 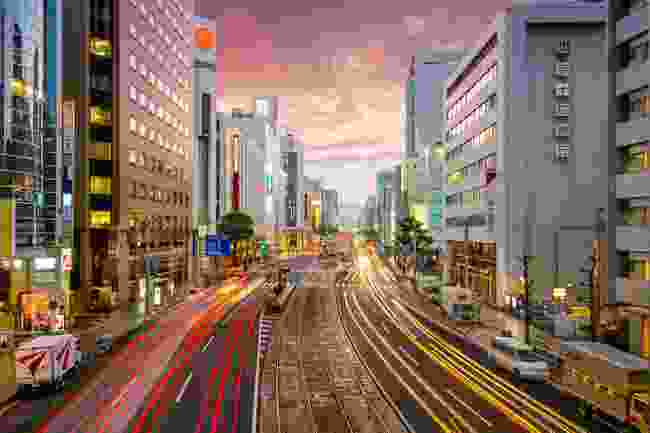 Established in 1648, Toshogu Shrine is a Shinto shrine on Mount Futaba, behind Hiroshima Station. The walk to it is part of the 10km Futabanosato Historical Walking Trail. The shrine is accessed by steep stone steps and a tunnel of torii gates. Chances are you’ll have the place to yourself – unless you’re lucky enough to witness a ceremony of monks chanting and beating drums.

Continue on to Peace Pagoda. Built by monks in 1966, the silver dome contains the ashes of Buddha, donated by a former Prime Minister of India. It is set within a park decorated with thousands of stones which represent the prayers of the city’s residents.

From the pagoda you can see the city, Shinkansen train tracks and Seto Inland Sea. The Buddhist temple, Masahiro, is nearby. 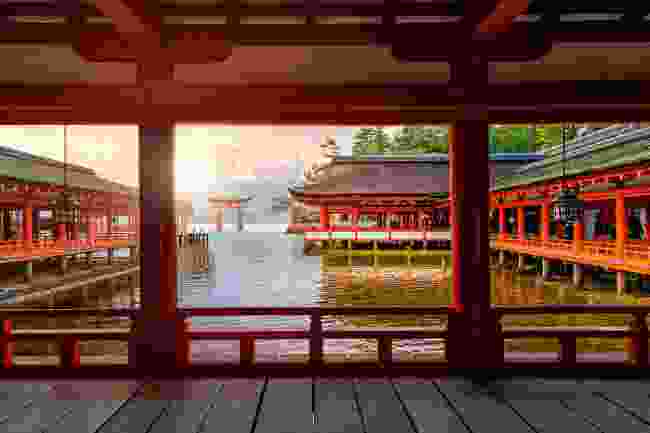 Japan’s most famous torii gate is off Miyajima Island, a short tram and boat ride from Hiroshima city.

The gate is part of the UNESCO World Heritage Site, Itsukushima Shrine. When the tide goes out, you can walk up to it, and when the tide is in, you can kayak around it with Paddle Park.

Once you’ve explored the shrine, climb Mount Misen – it takes about two hours to reach the summit. You can walk back down or return by cable car.