9 things to do for free in Vienna

Vienna isn’t exactly known for being a budget-friendly city, but those in the know can access the city’s beauty and fascinating history without spending a Euro – here's how...

A walk along the Ringstrasse takes you along some of the most significant landmarks, memorials and buildings. Starting out where the Danube becomes the Wienfluss, the route takes you through the quiet solitude of the Stadtpark out onto the main Ringstrasse. A keen eye reveals some of the more institutional buildings’ history. Just before the Soviet War Memorial lies an academy that lists Schrödinger and Lise Meitner, whose vital research discovered nuclear fission, as alumni.

Heading south, you’ll hit Karlsplatz, a town square with one of the most beautiful churches in the city and a Henry Moore sculpture, followed by the Naschmarkt. From here you can continue to follow the Ringstrasse to explore further into the depths of the city, or head north back into the city centre.

Austria’s capital has several beautiful parks to enjoy. Towards the Hofburg is the Volksgarten, a small section of green. It's a peaceful paradise in one of the city's busiest districts. The garden is a lovely place to linger and enjoy the gorgeous flower displays, fountains, hidden monuments and contemporary art installations. Many of the trees here are devoted to lost loved ones, and you'll spot some famous names if you look closely... 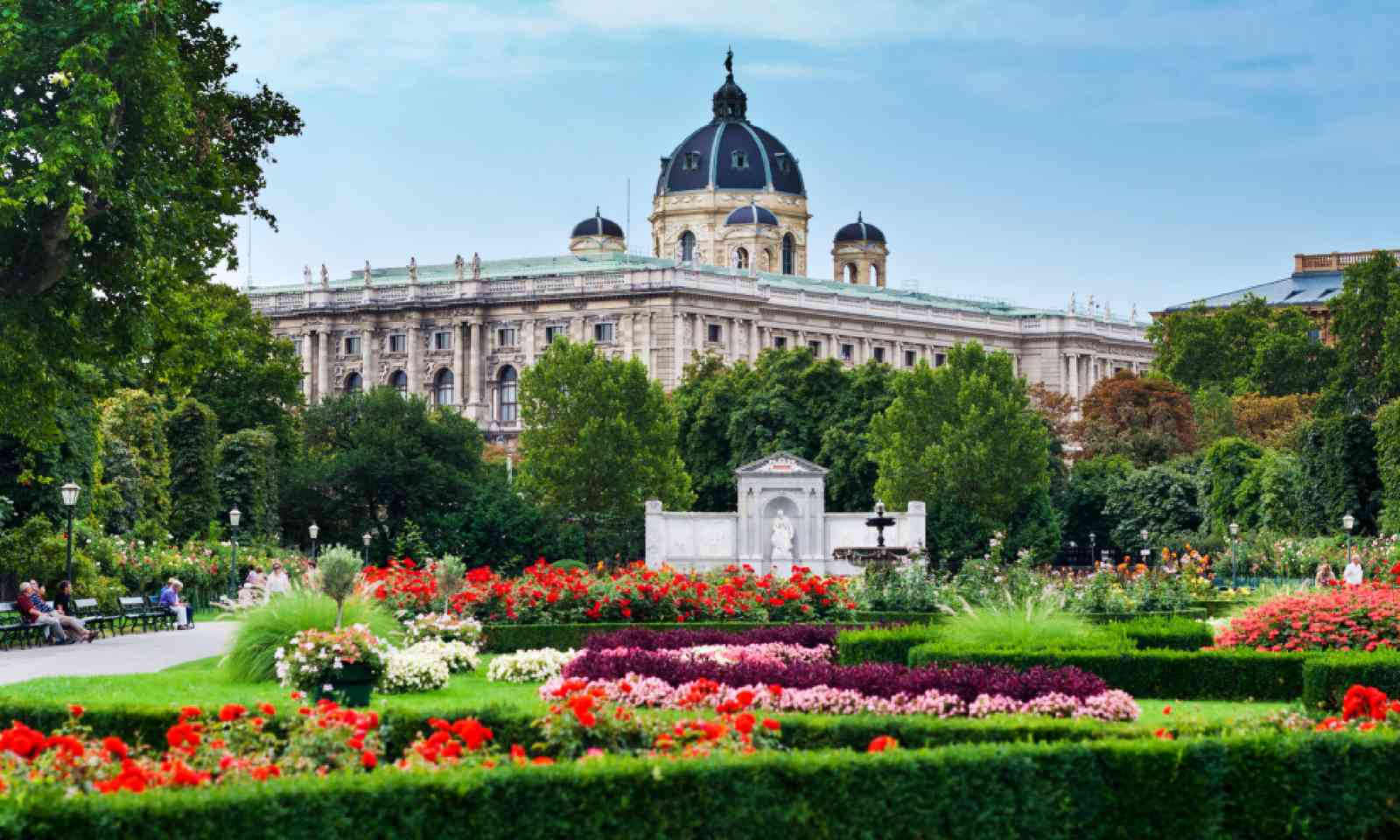 The Burggarten, a large green expanse, is ideally suited to relaxing in the sun with a picnic. It’s easy to forget you’re in the city centre. And over to the east is the Stadtpark, which runs along either side of the Wienfluss. Seating places are plentiful, but this park lends itself to aimless wanderings and explorations. See if you can spot the memorial to Johann Strauss and the park’s many other hidden features.

3. Marvel at the Hofburg

The Hofburg is the fantastically-preserved imperial residences of Vienna; most famous for accommodating the Habsburg dynasty and serving as the playground for Austrian royalty through the ages. This is a sumptuous set of opulent architecture. many of the buildings charge entry, but you can access some parts for free. 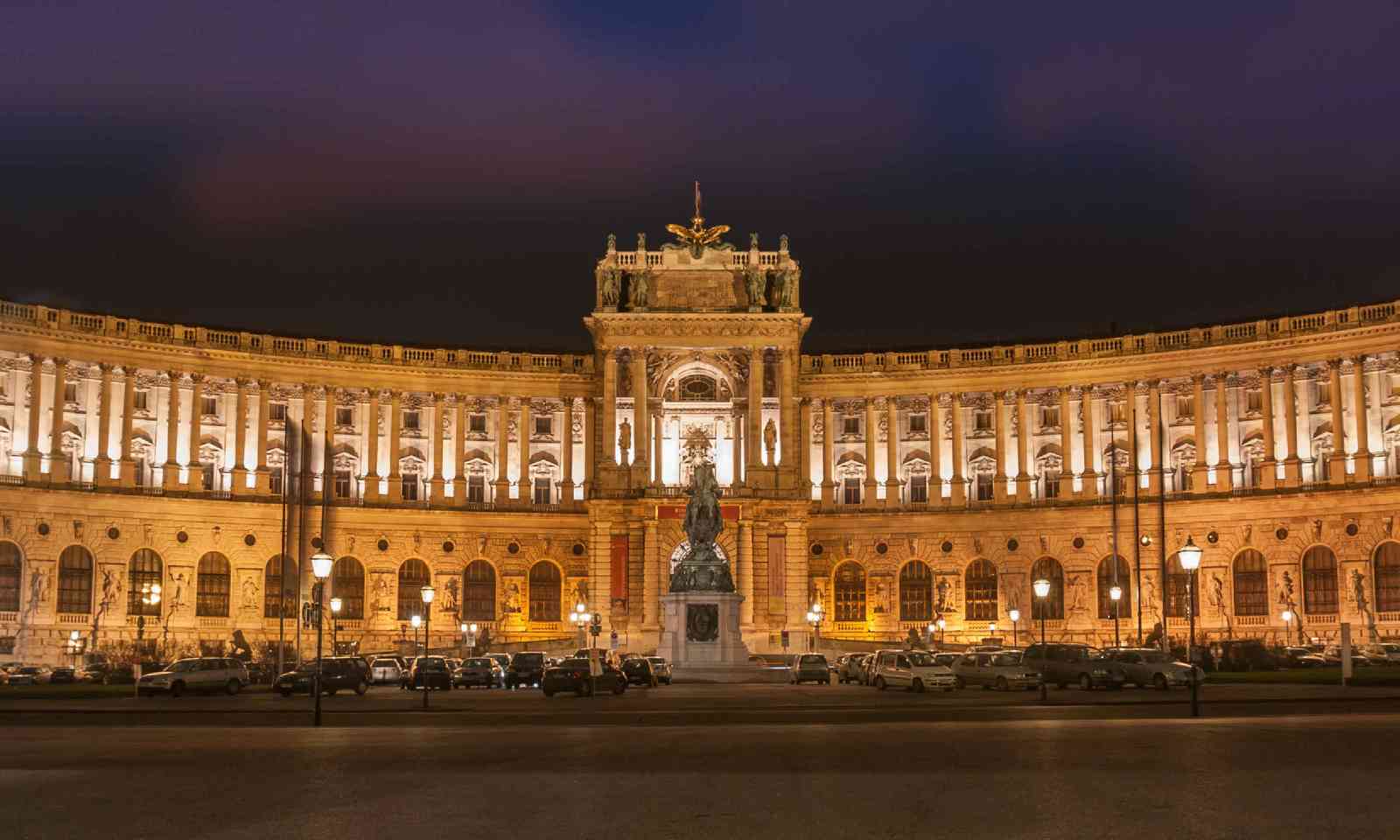 The maze-like connections of passages and squares offer solitude from the busy streets, as do St Michael’s and the Augustinian Church – both of which are free to enter. And although it costs to enter the National Library, anyone can take a peek through the entrance into the library itself on the first floor to see the grand interior.

The city hall runs tours through the state rooms every Monday, Wednesday and Friday at 1pm. The tours are in German, but are accompanied with English audio guides, and take you through the political history of the city from its development. 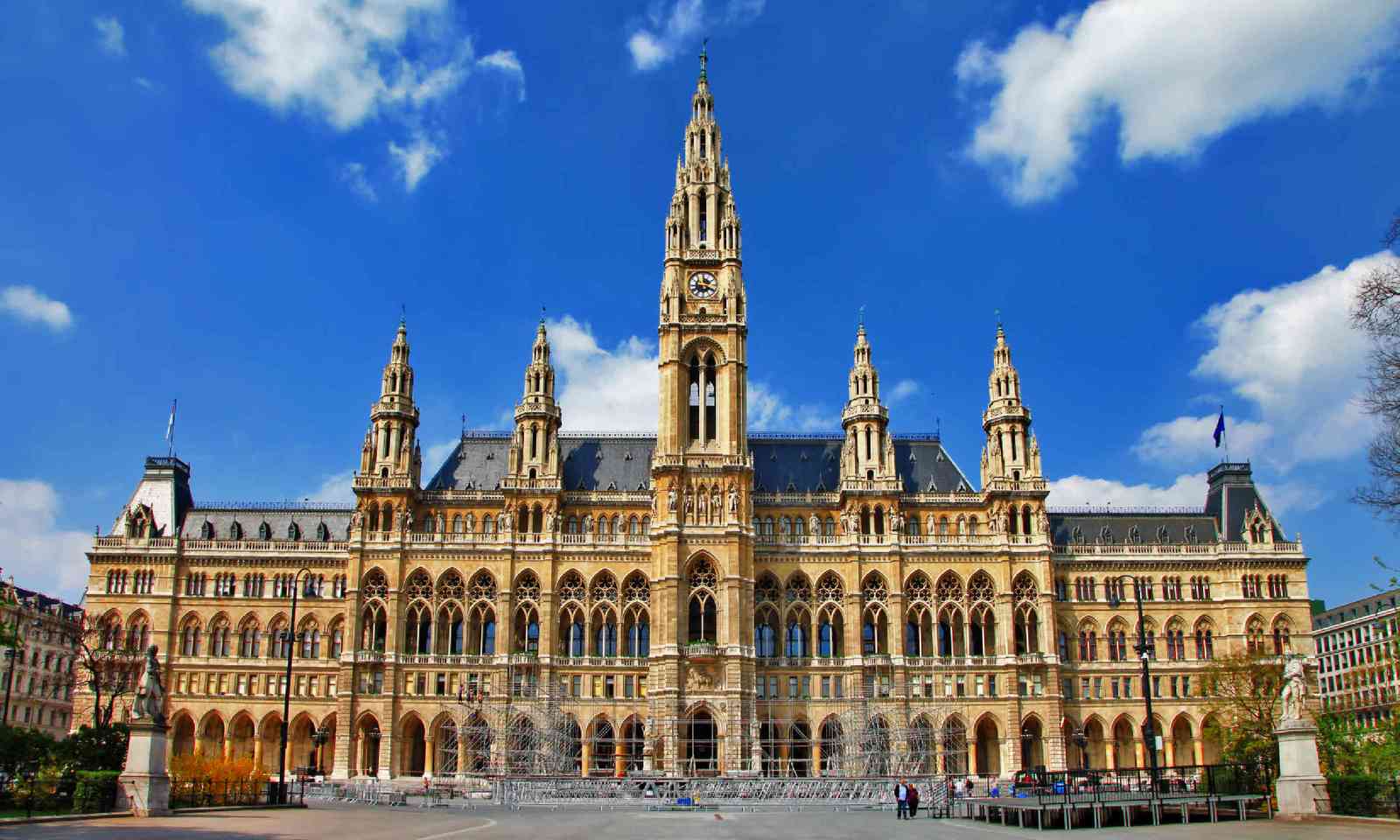 Find out the significance and controversy of the Rathausmann – the small knight atop the hall’s tallest spire – see the council chambers, the old coat of arms halls, and learn why the portrait of Vienna’s former mayor, Helmut Zilk, is different from the rest.

Dating back to the 16th century, Vienna’s international Naschmarkt has come a long way from selling bottles of milk. It now has approximately 120 market stalls of fresh fruit, vegetables, Viennese favourites and food from across the globe. 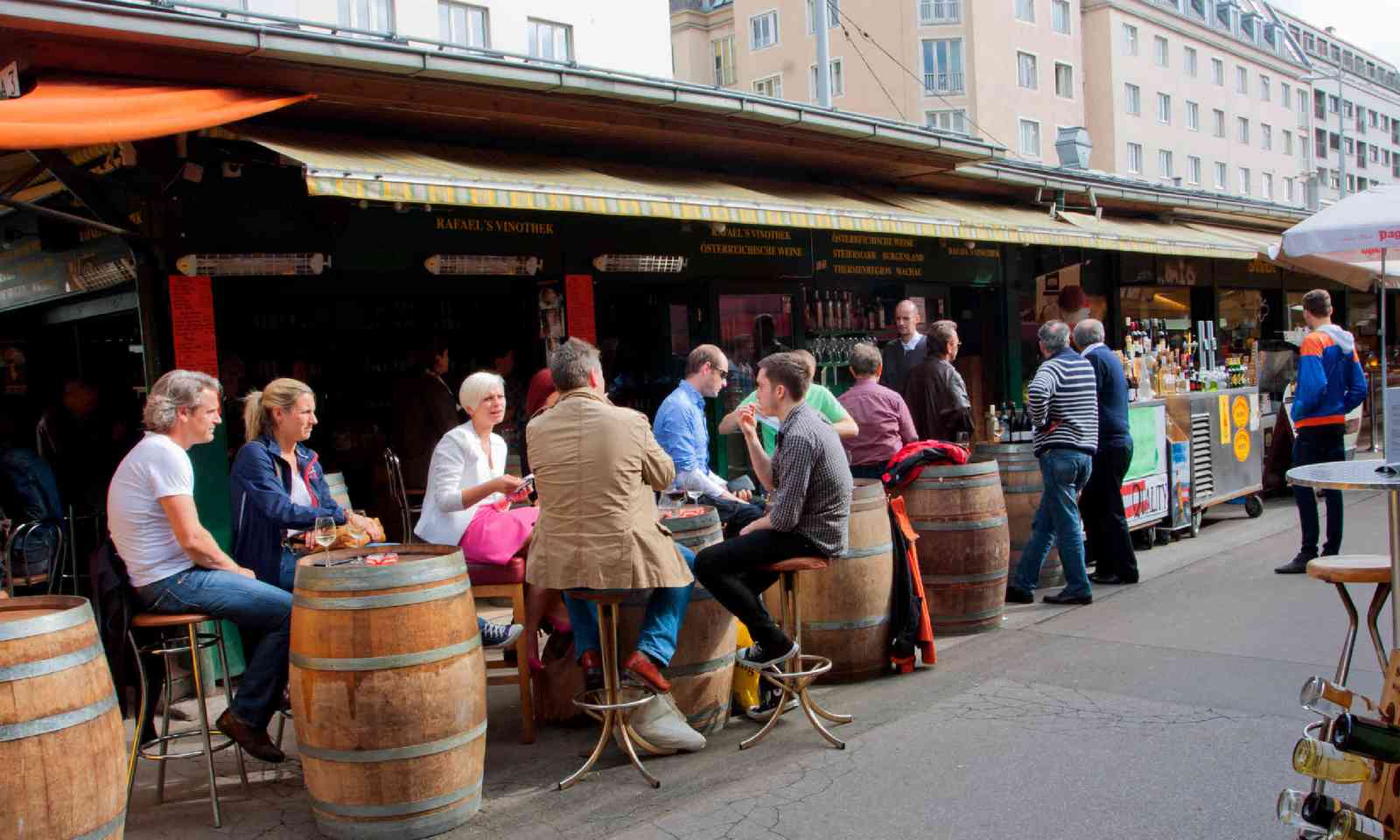 From traditional kraut sold from a wooden barrel to the weekly flea market, and street cuisines from Turkey to Israel, the Naschmarkt is charmingly eclectic. It provides a great insight into how the Viennese experience food, spend their weekends, and an opportunity to engage with the locals themselves.

Both of Vienna’s most famous palaces charge entry into the buildings, but the gardens are free to the public. Schönbrunn Palace’s gardens especially should be on the top of everyone’s list when visiting Vienna.

The palace and the views over the city demand your awe, as does the huge Neptune fountain after which the palace gets its name. However, the various fountains, structures and botanical displays across the expansive space are also rather lovely.

Belvedere Palace is not as large or grand as Schönbrunn, but is still worth a visit for its art installations and the precise beauty of the gardens.

7. See the huge variety of churches

If gazing upon glorious churches and historical architecture sounds like a dream, then Vienna is an ideal location. Seven of Vienna’s churches can be visited kostenlos (for free) and no two are alike.

Within the Hofburg lies the small but beautiful Augustinian Church, with the sculpted grave of Marie Christine, one of the daughters of Maria Theresa and sisters of Marie Antoinette. St. Michael’s Church has an incredibly detailed altar that is both stunning and haunting. 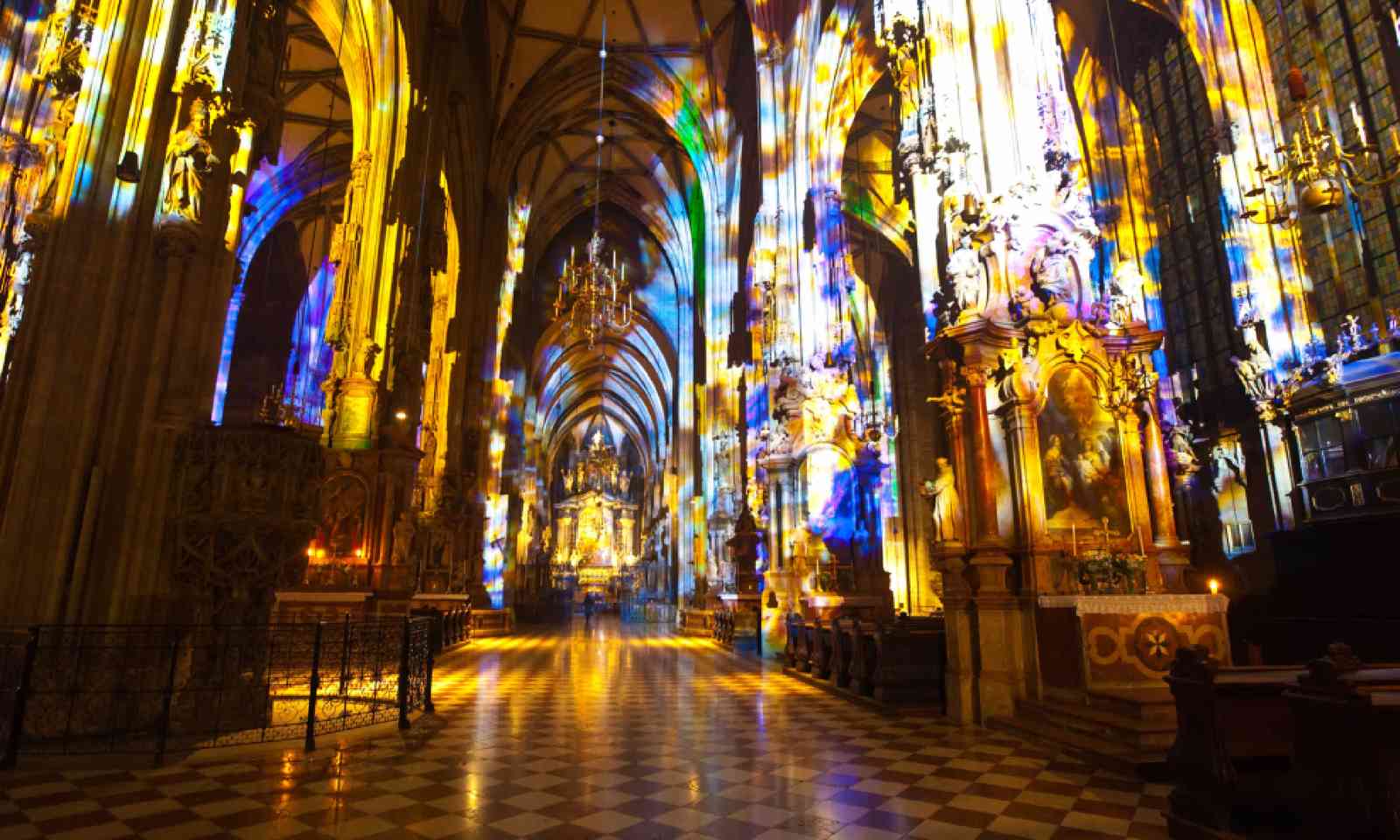 The Schottenkirche was founded by Benedictine monks in the 12th century, whilst the steps of Maria am Gestade, one of the city’s oldest churches, once stroked the banks of the Danube. From the steps of the Kirche am Hof, the Hapsburg family renounced their claim to the Holy Roman Empire, and St. Peter’s Church has a gorgeously opulent interior.

And of course, towering over the city is the main event: St Stephen’s Cathedral. It does cost money to enter the lower quarter of the church towards the altar, the crypt below and spire above, but the church itself and the main building are free to enter, and the majority of the church can be seen without obstruction.

Many of Vienna’s museums have free entry on 26 October, Vienna’s national holiday. However, if you can’t catch that, the city museums open their doors for free on the first Sunday of every month, and the Museum of Applied Arts (contemporary architecture and interiors) offers free entry every Tuesday 6-10pm.

Vienna’s city museums include the main city history museum, the Vienna Museum on Karlsplatz, as well as the quirky Clock Museum, residences of musicians like Mozart, Beethoven and Strauss, and several of the city’s archaeological excavations. The city museum is a great starting point, dedicating itself to all aspects of Vienna’s history, from the early settlements, to Viennese fashion, games and art.

The city’s central cemetery is not only one of the largest and most decorous in the world, but also houses some of Vienna’s finest. Here you can both admire the stunning constructions and memorials; pay your respects to the likes of Brahms, Schubert, Beethoven and Strauss; and find a space of contemplation.