9 awesome places you can only visit at low tide

When the tide drops, paths emerge and these amazing sites reveal their secrets. Check the tide charts and head there now!

Where: Cornwall, near Penzance.

What: A small, rocky tidal island crowned by a breathtaking medieval church and castle.

Getting there: A granite causeway that appears at low tide.

The legend: Once the home of a giant named Cormoran, who would wade ashore and steal cattle when it got hungry. 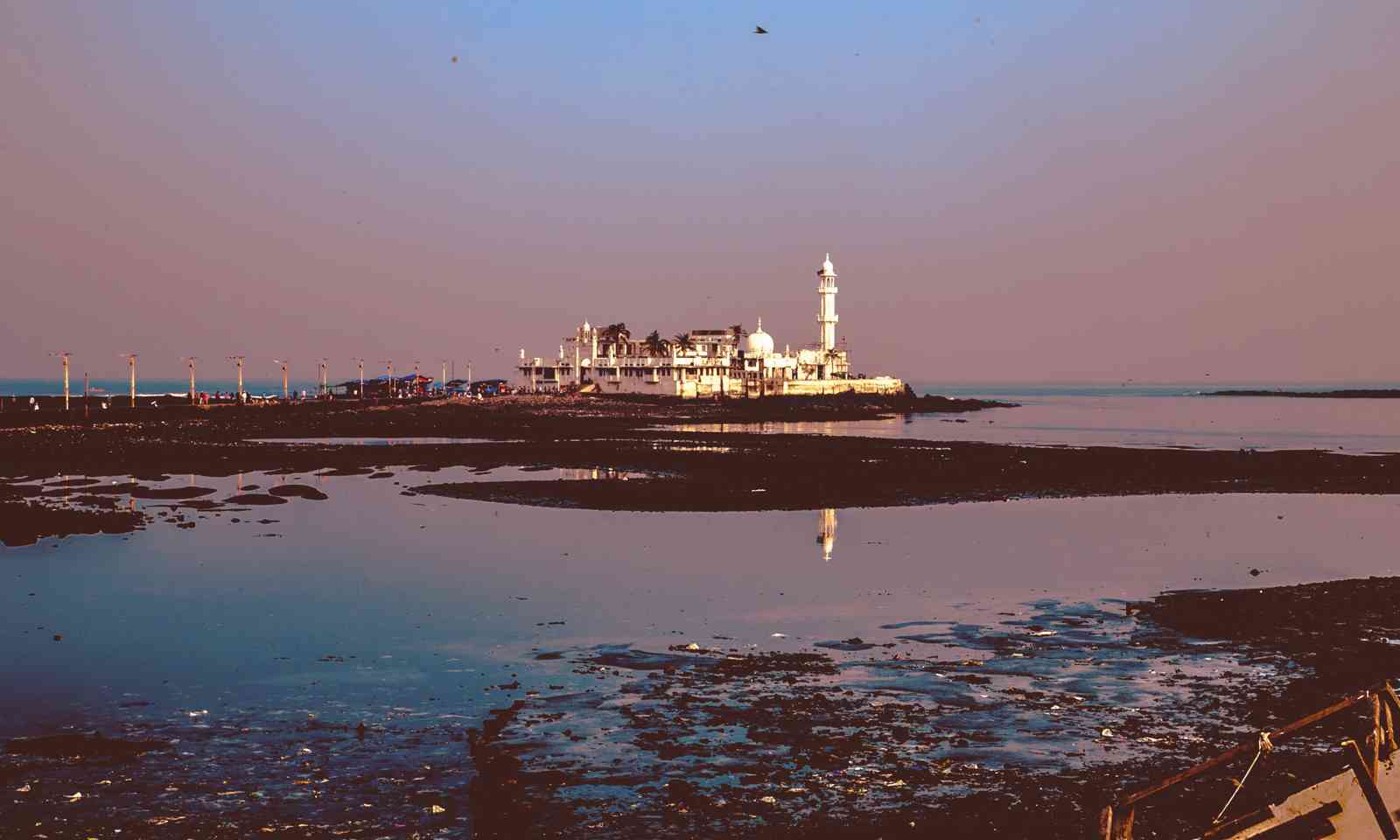 Where: On an islet off the coast of Worli in Mumbai.

What: A mosque and dargah (tomb) considered to be an excellent example of Indo-Islamic architecture that is visited by thousands of devotees a week.

Getting there: A narrow walkway, 500 metres long, that is only passable during low tide and particularly perilous during the monsoon season.

The legend: The dargah was built after the body of a wealthy Muslim merchant washed up on shore after his coffin was cast into the Arabian Sea. He’d injured the earth, apparently, after jabbing his finger into the soil and discovering oil. Where: Northumberland, across from Beal and just down the road from Berwick-Upon-Tweed.

What: A tidal island, crowned by a castle; it was once the epicentre of Christianity in Anglo-Saxon times.

Getting there: A causeway that disappears twice a day at high tide. Safe crossing times are published by Northumberland County Council.

The legend: Vikings raided the island in 793, causing much consternation amongst the Christian world. It is widely regarded as the start of the Viking age. 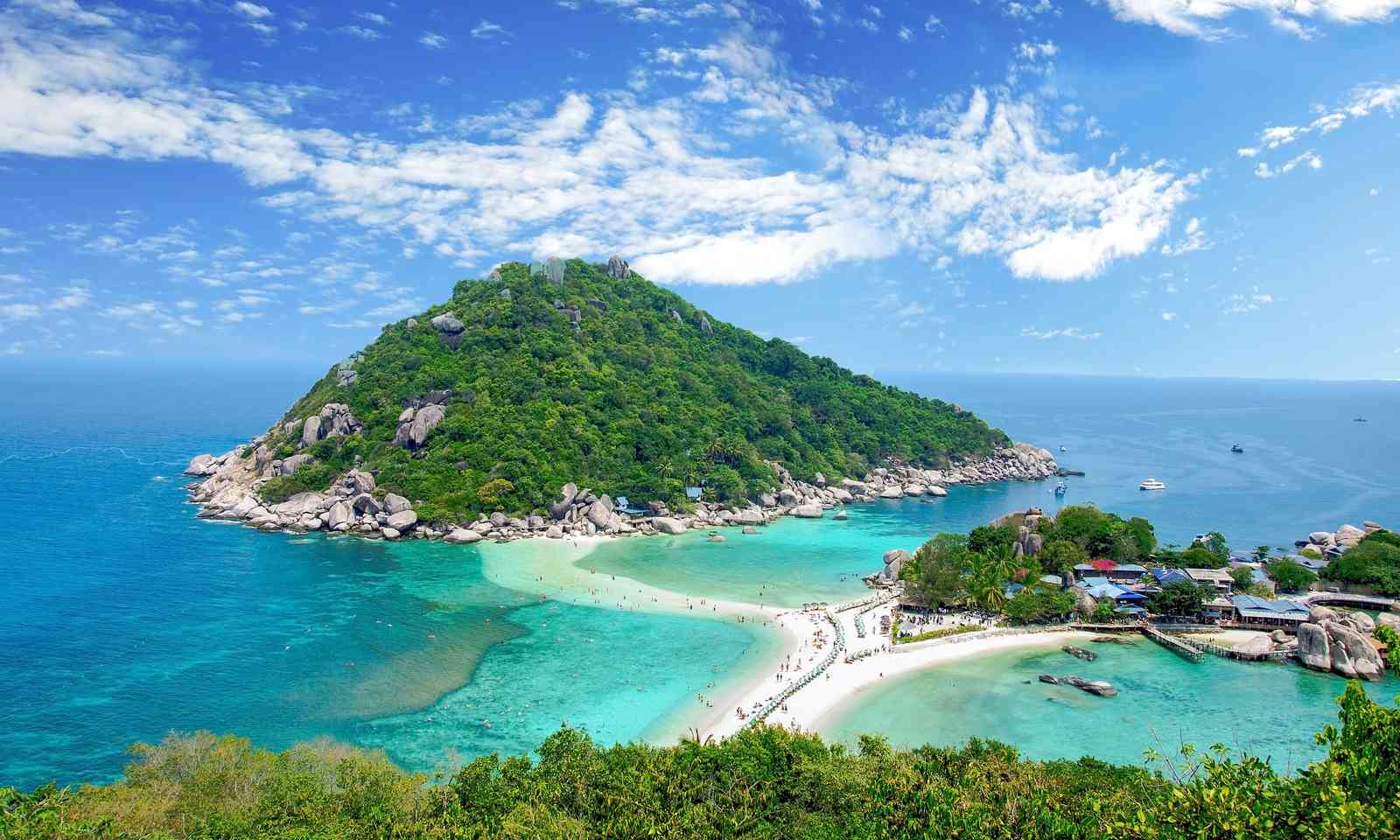 Where: The Gulf of Thailand, a 15-minute boat-ride from Kho Tao.

What: A tiny group of islands boasting the best snorkelling in South East Asia.

Getting there: A sugar-white stretch of sand that appears at low tide.

The legend: With its shallow reefs, lined with intricate soft and hard corals  and teeming with schools of colorful parrotfish and angelfish, Ko Nang Yuan is already legendary with divers across the region. 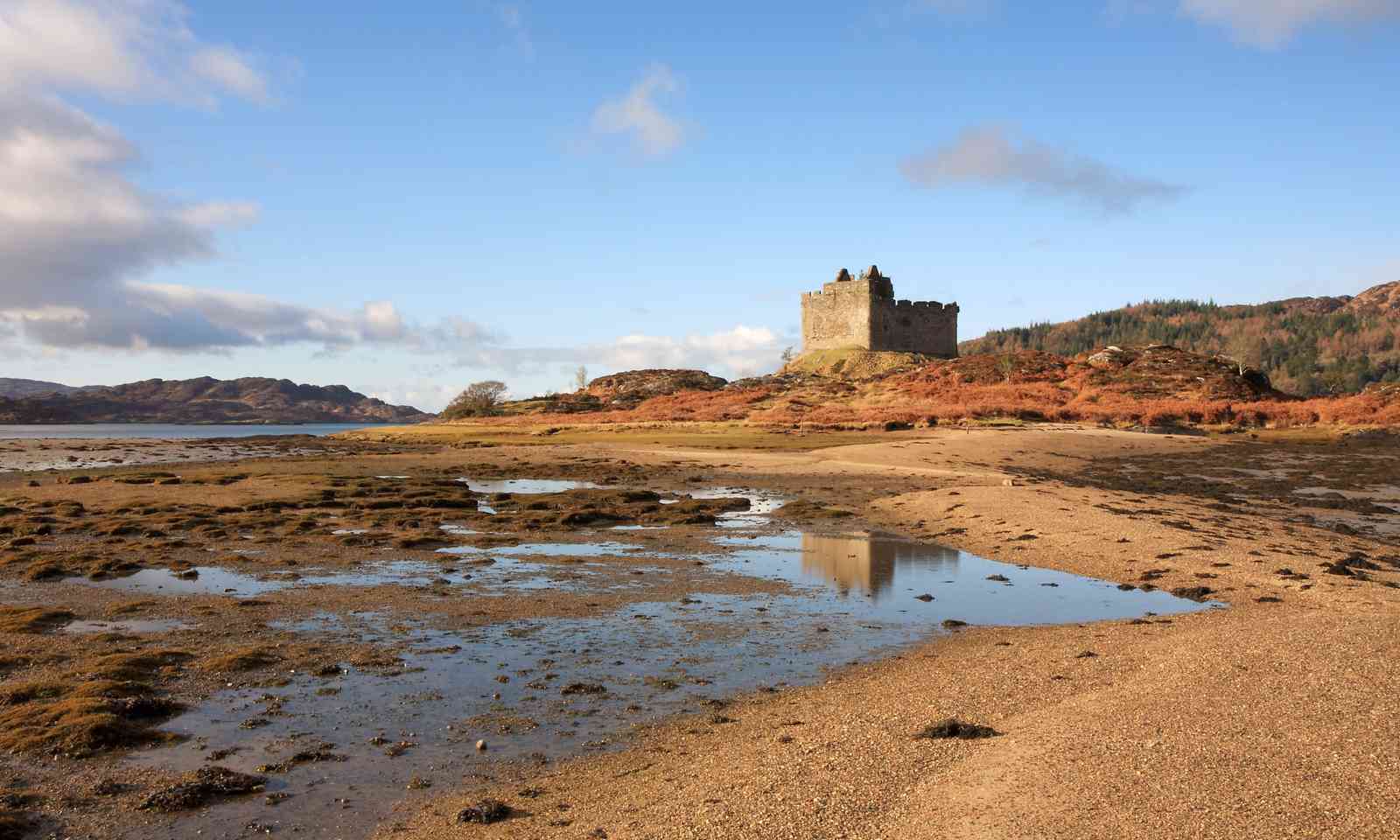 Where: To the west of Fort William in the highlands of Scotland, at the point where the River Shiel flows into Loch Moidart

What: A ruined castle that is closed to visitors because of fallen masonry, but looks suitably picturesque all the same.

Getting there:  A sandy causeway, passable only during low tide.

The legend: Fortified since the Iron Age, this tiny island was strategically important to the flow of water traffic along the Shiel estuary. 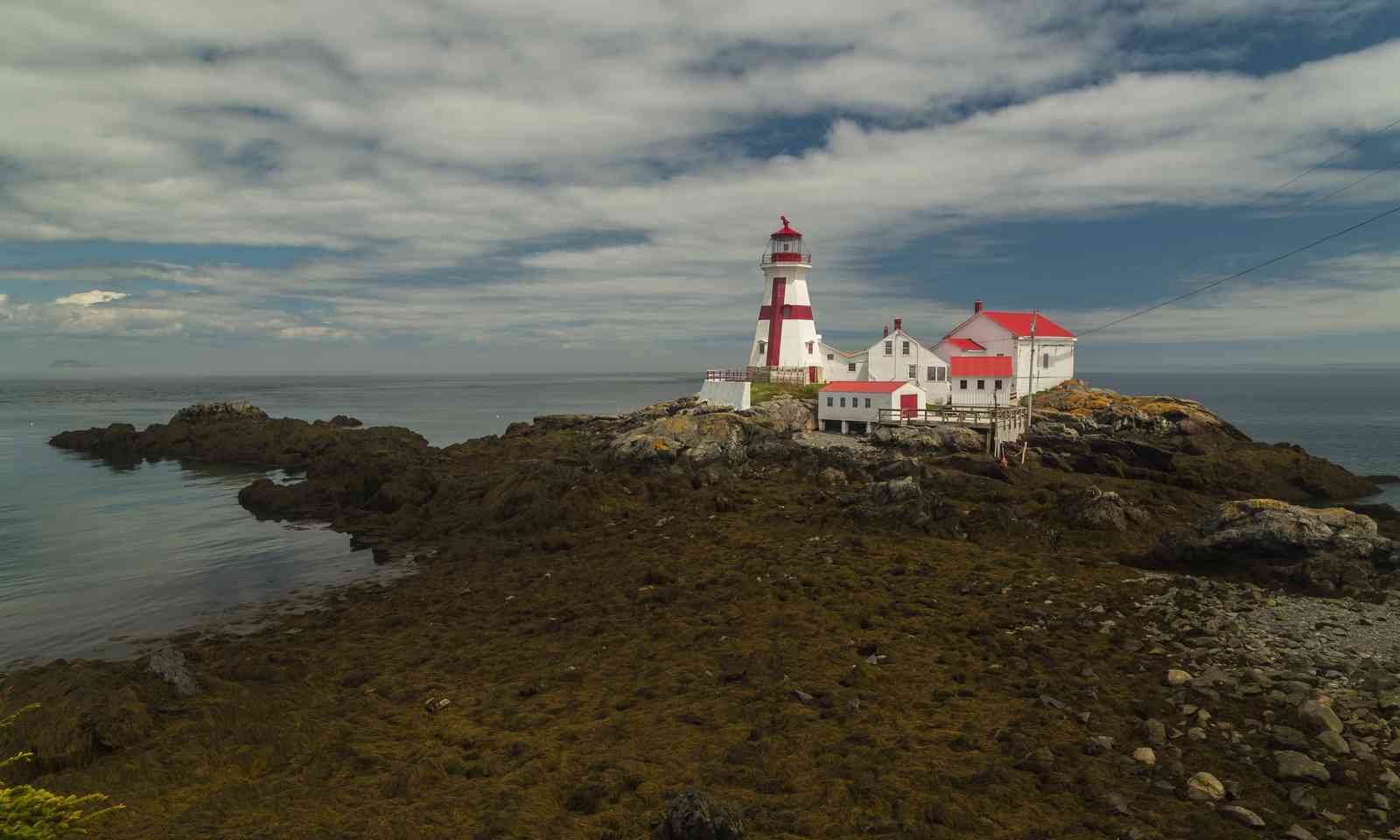 Where: A small rocky islet off Campobello Island in New Brunswick, Canada.

What: One of the oldest wooden lighthouses in Canada and major key to navigating the Bay of Fundy

Getting there: The rocky outcrop the lighthouse sits on becomes an island at high tide, but is accessible via a footpath and ladders when the tide is low. 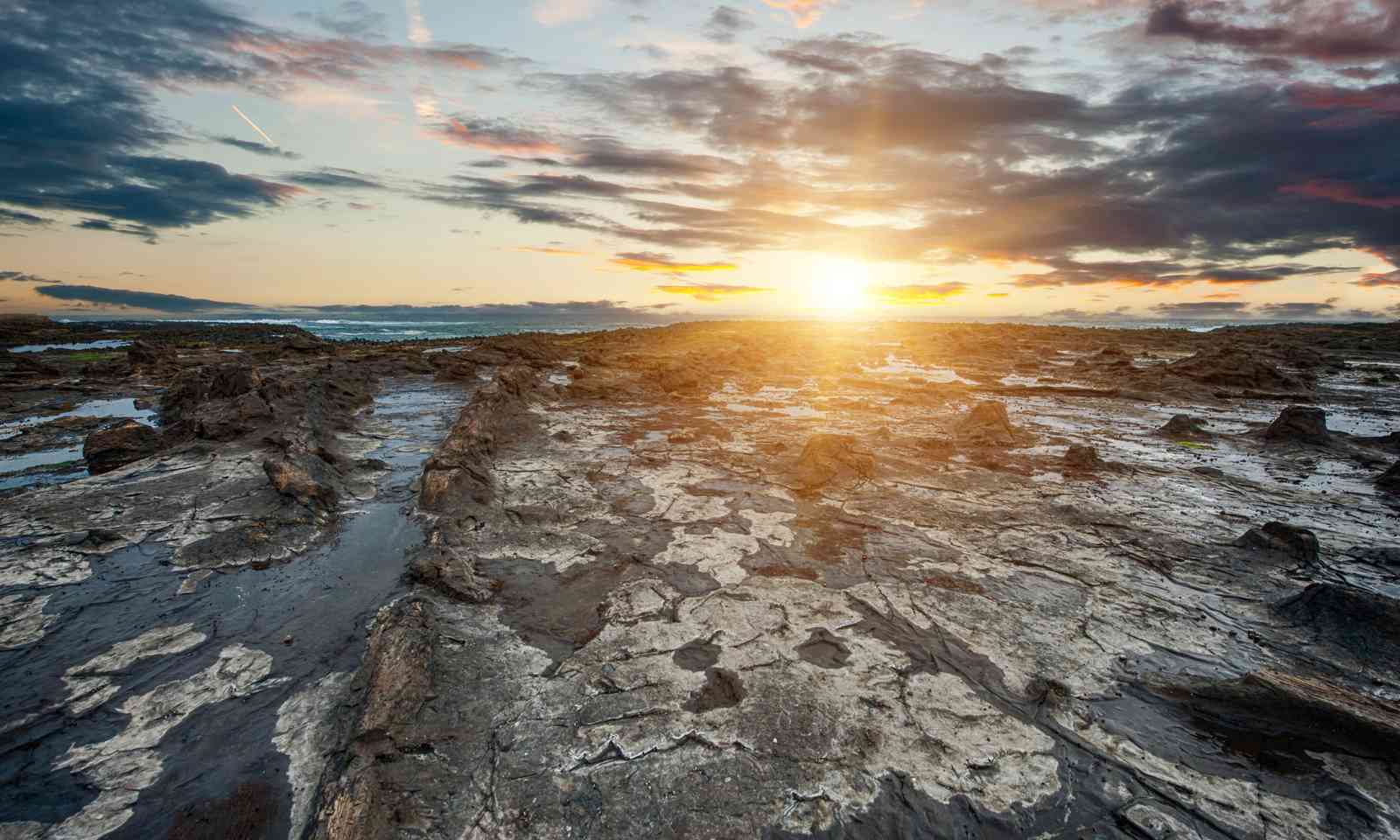 Where: The southern tip of New Zealand's South Island

What: A 160-million-year-old fossil forest and a nesting site for New Zealand’s unique yellow-eyed penguin or hoiho, one of the rarest penguins in the world.

Getting there: Head to Curio Bay and wait. Four hours either side of low tide, the water recedes to reveal these fossils from the Jurassic period.

The legend: At first the fossils look like bumps in the rocks but look closer and you’ll see find petrified stumps and fallen logs. 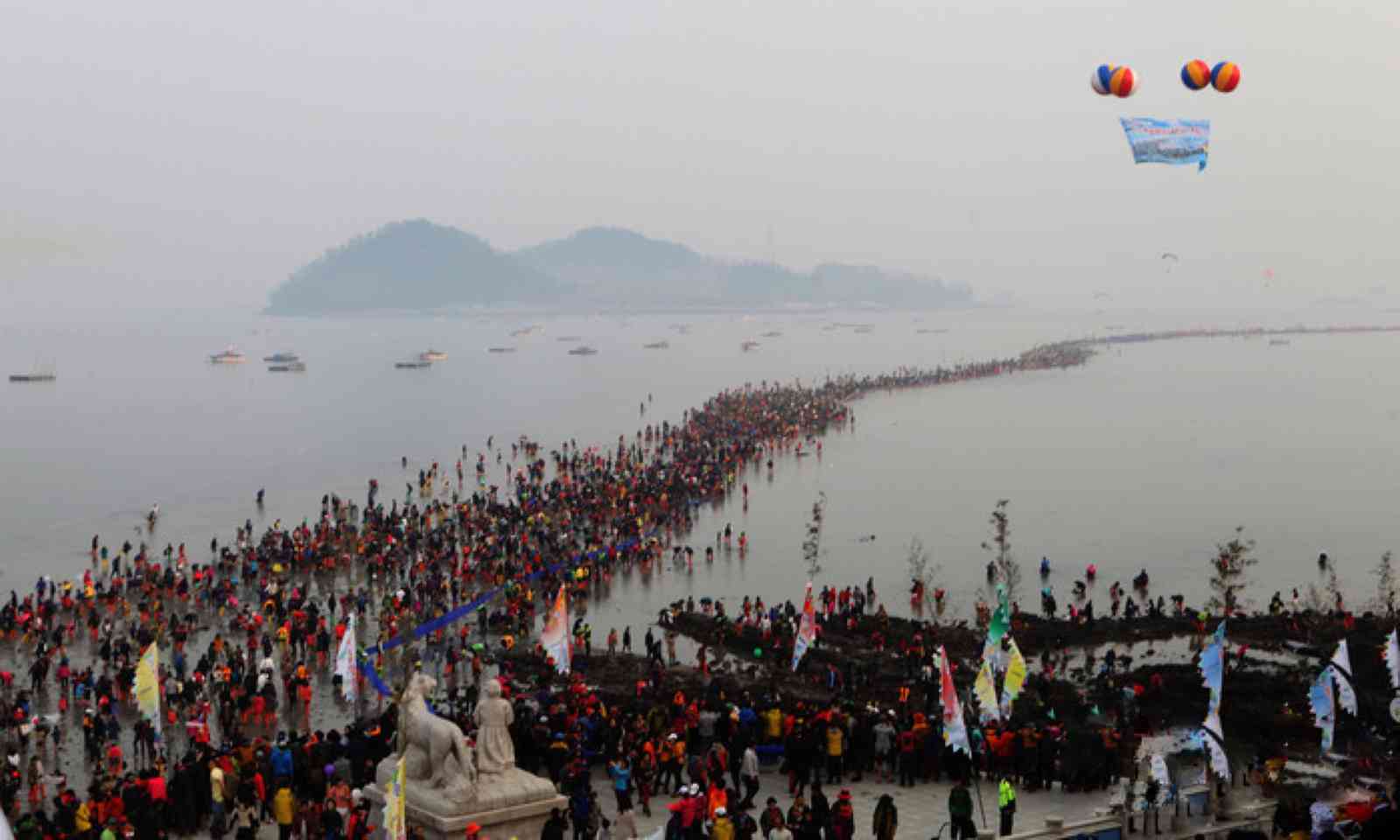 Where: The stretch of water between the island of Jindo and the mainland in South Korea.

What: The Jindo Miracle Sea Road Festival, celebrating a natural causeway that only appears twice a year, linking the island of Jindo with the mainland.

Getting there: A 2 mile-long causeway, 120 feet wide, that only appears during extremely low tides, and even then, is only walkable for an hour. Be warned: Half a million people turn up to do the walk each year.

Legend: When tigers invaded Jindo, a girl called Bbong was left behind.  She prayed to Yongwang to reunite her with her family and he answered them by parting the sea. Each spring, the miracle recreates itself. 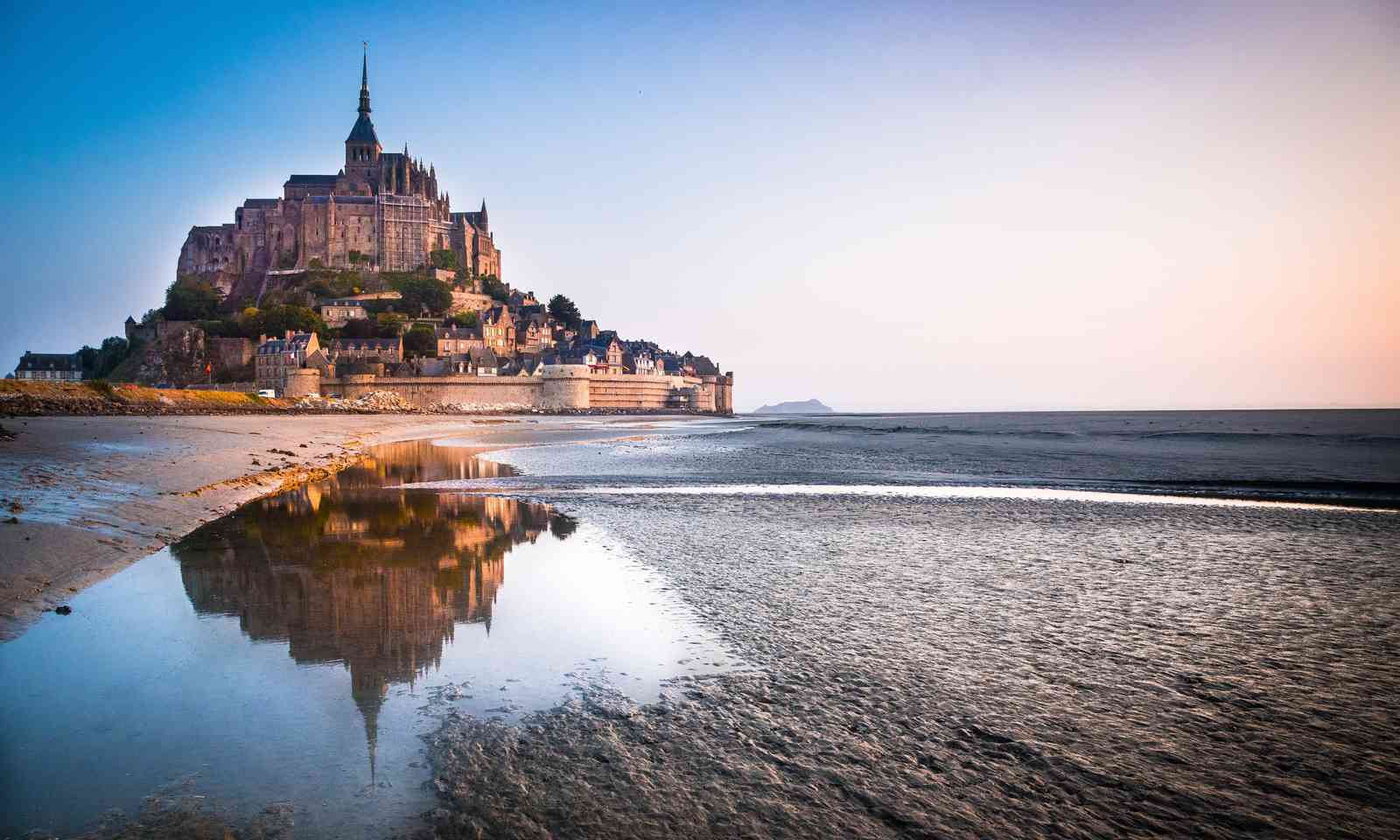 Where:  At the mouth of the Couesnon River Normandy, France.

What: Arguably the world’s most photographed tidally-challenged attraction, the structural composition of the town exemplifies the feudal society that constructed it: on top, God, the abbey and monastery; below, the great halls; then stores and housing; and at the bottom, outside the walls, houses for fishermen and farmers.

Getting there: A causeway, revealed at low tide. Avoid the temptation to cut across the mudflats. Many a medieval pilgrim lost their lives that way, earning the island the nickname of ‘St. Michael in peril of the sea.’

Legend: The Mont remained unconquered during the Hundred Years' War when a small garrison fended off a full attack by the English in 1433