Fish with fangs. Elusive cats. Yelling monkeys. You won't want to miss out on these jungle encounters...

What? Rosy-hued freshwater mammal, otherwise known as the boto. Grows two to three metres in length, with a long snout and small dorsal fin. Friendly, sociable creatures, they might be seen alone or in small groups. According to legend, they are able to emerge from the water, turn into men, seduce young ladies and then return to the river; they are often blamed for unwanted pregnancies. 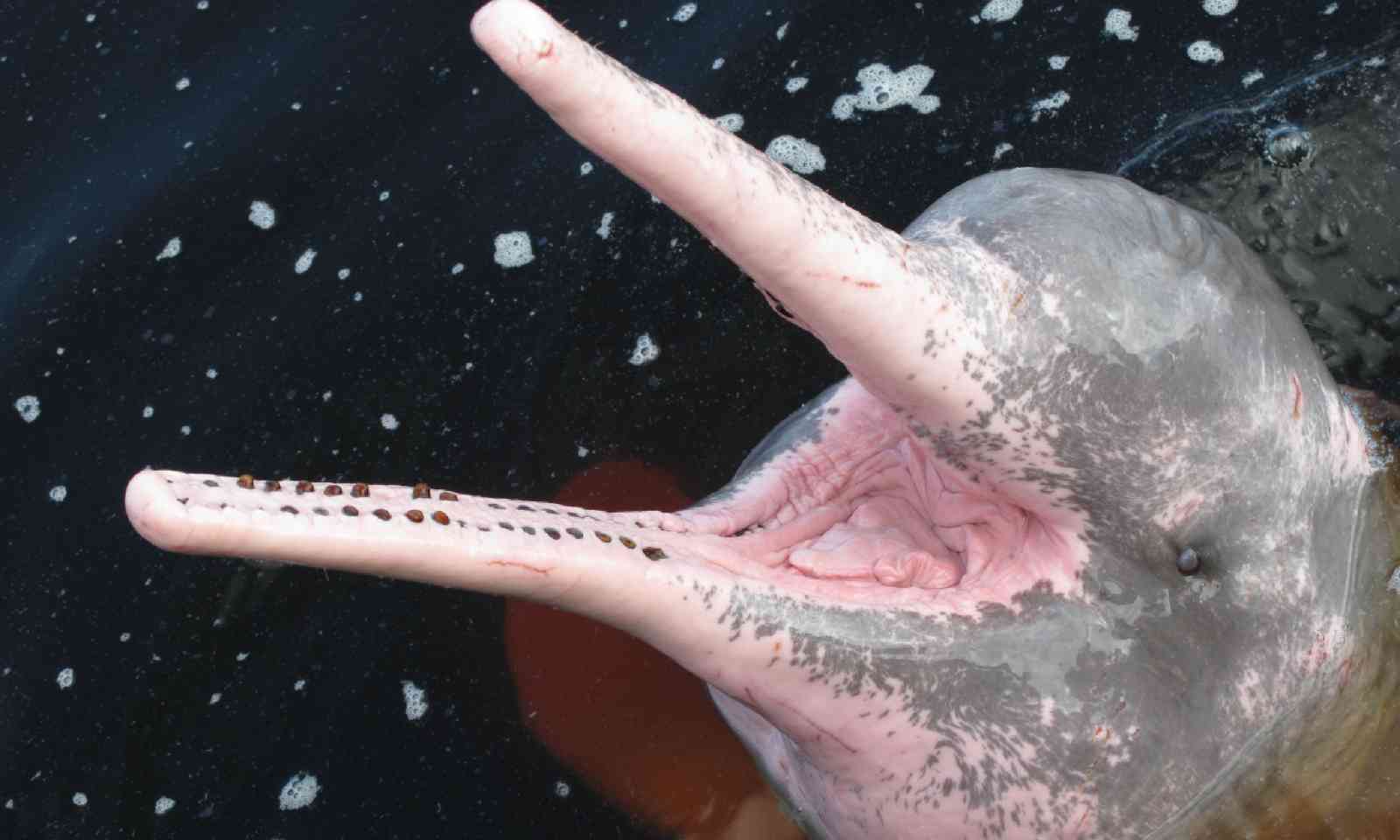 Where? Widespread across the Amazon and tributaries; prefer river mouth areas, where fish are plentiful.

What? Resplendent rosette-spotted cat, the largest member of the panthera family on the continent – males weigh up to around 110kg. The name comes from the indigenous Guaraní word yaguar – ‘he who kills with one leap’. 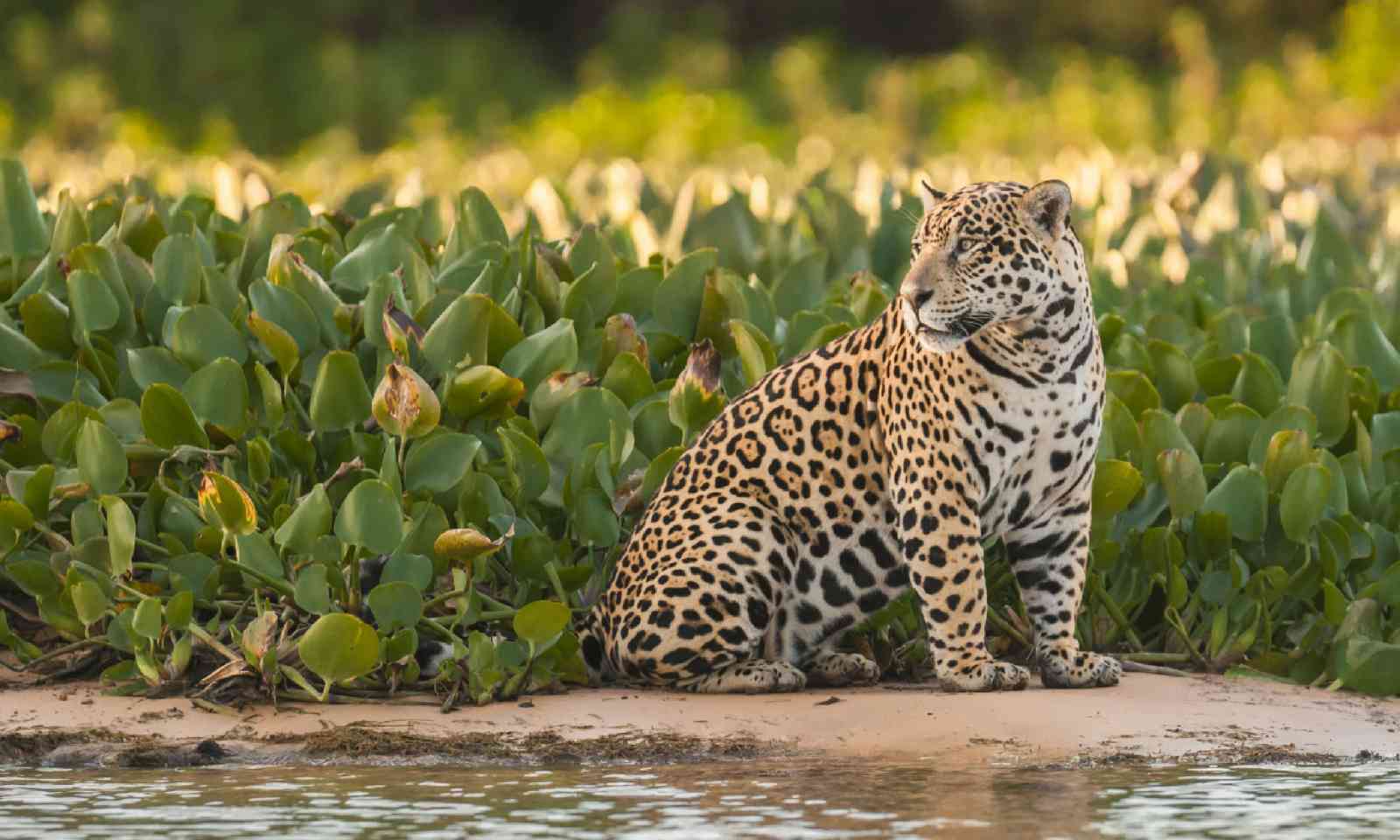 How to spot it: Be very, very lucky.

Where? A limited number of travellers per year are permitted to spend time with jaguar researchers at the remote Mamiraua Reserve, which has one of the word’s densest concentrations of the cats.

Likelihood of seeing: Very low – jaguar are secretive beasts, and hide easily in the dense rainforest. Head to the Brazilian Pantanal for a much better chance.

What? Toothy, schooling fish with a fearsome reputation – though some of the 20-odd piranha species are actually vegetarian. Can grow up around 35-40cm long. Those teeth are sharp and tightly packed, designed for efficient piercing and shearing. 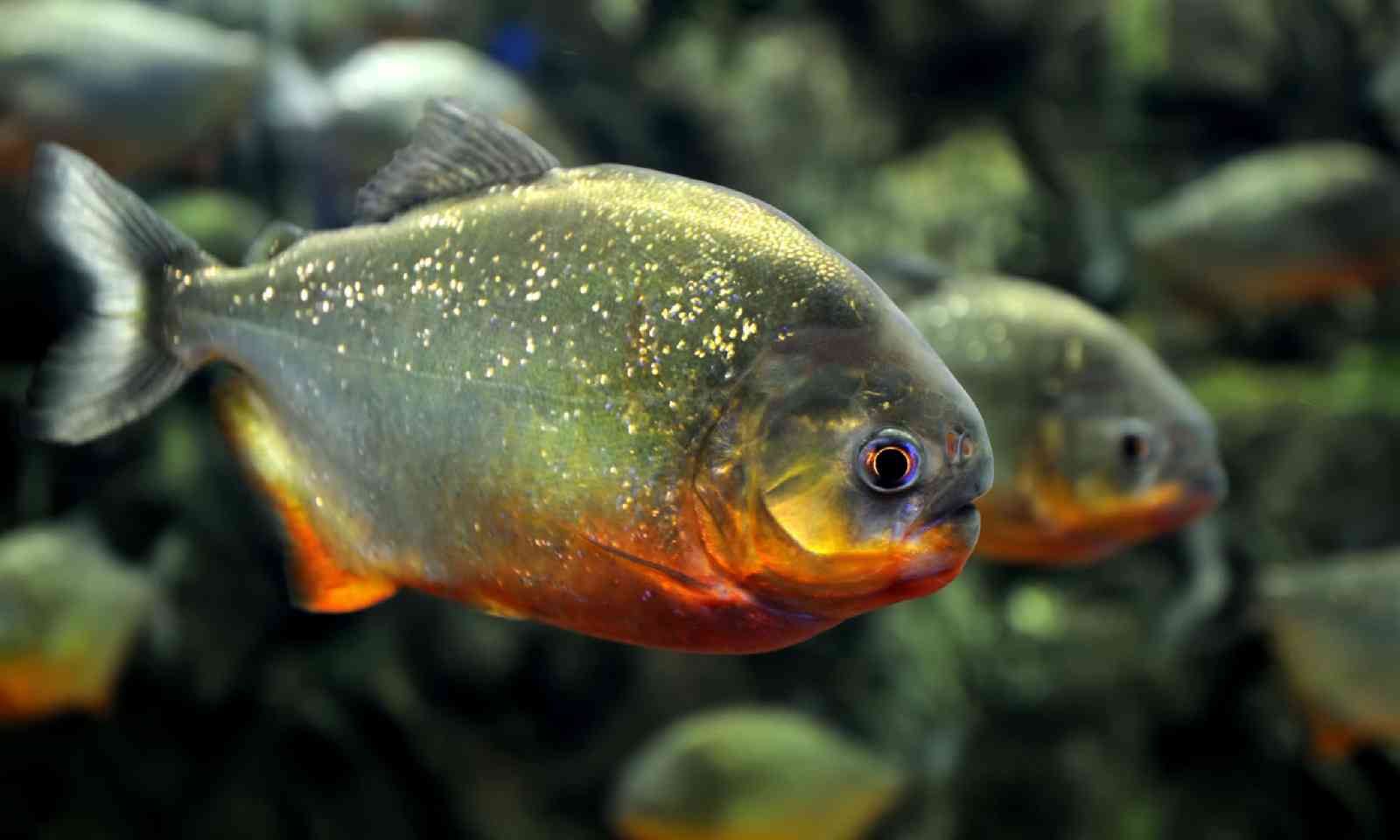 How to spot it: Boat trips often offer the chance for visitors to try piranha fishing; bait may be submerged to attract a feeding frenzy. Piranha are more aggressive during the dry season.

Where? Widespread across the Amazon Basin, typically in white-water rivers and streams.

Likelihood of seeing: High – guides will seek them out.

What? Beautifully big-beaked birds – indeed, their large bills are almost as big as their bodies. Body plumage is black with bright patches of yellow, white, green and red; the bills are also very colourful. They largely eat fruit and have a very long, skinny, frayed tongue. 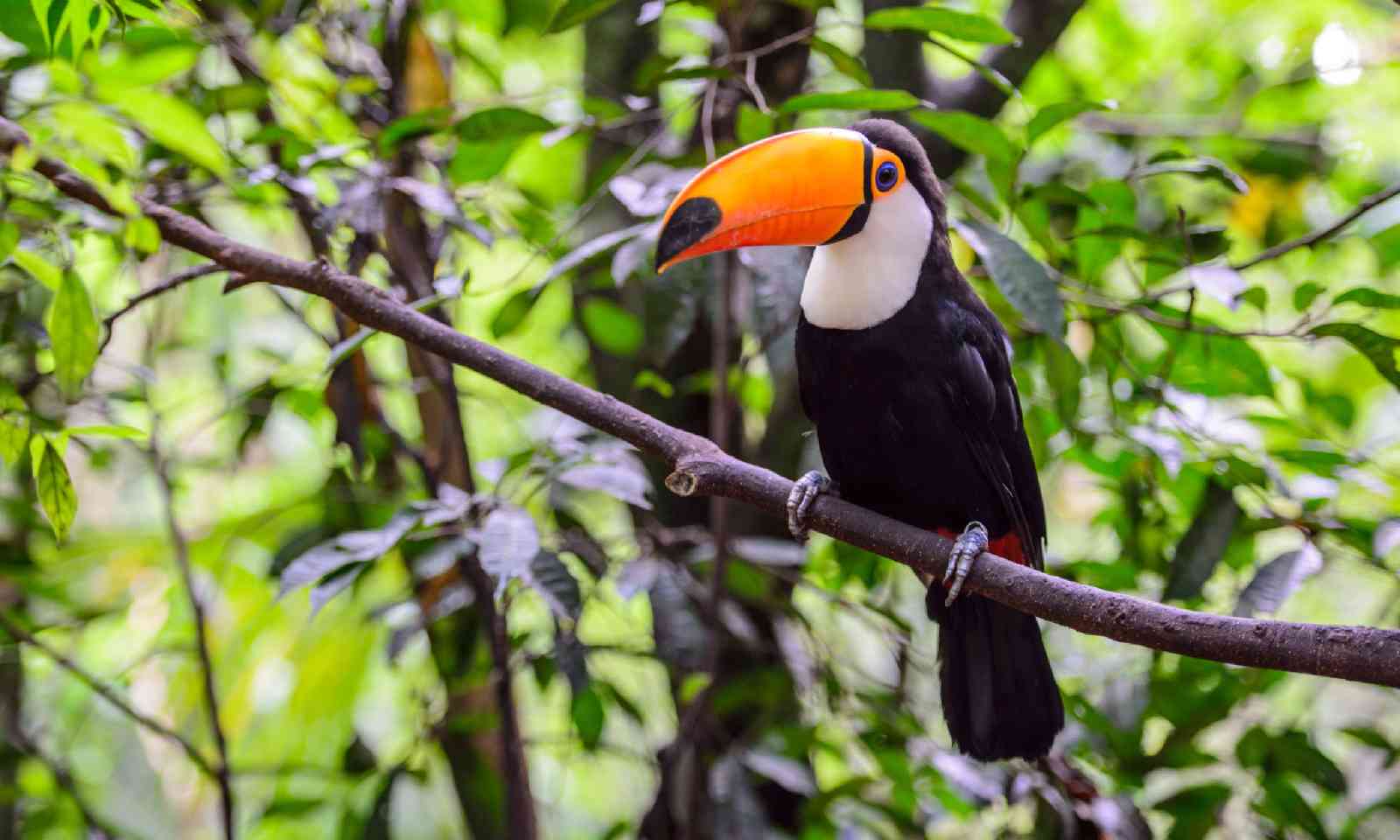 Toucan in the rainforest (Shutterstock)

How to spot it: Tough – toucans nest and roost in tree cavities, so stay up in the canopy; you’ll need a good guide. However, they are frequently heard, making a barking/croaking sound as well as clacking their beaks.

Where? Early mornings, around the Anavilhanas Archipelago, are likely to yield success.

What? It’s possible that you’ll smell the ‘stinkbird’ before you see it, as the hoatzin's unfortunate nickname deriving from the fact that it smells like dung (thanks to the bacteria in its gut). Also, it looks just as distinctive too: pheasant-sized, slightly prehistoric, blue-set starey eyes and a messy mohican. The young have claws on their wings. 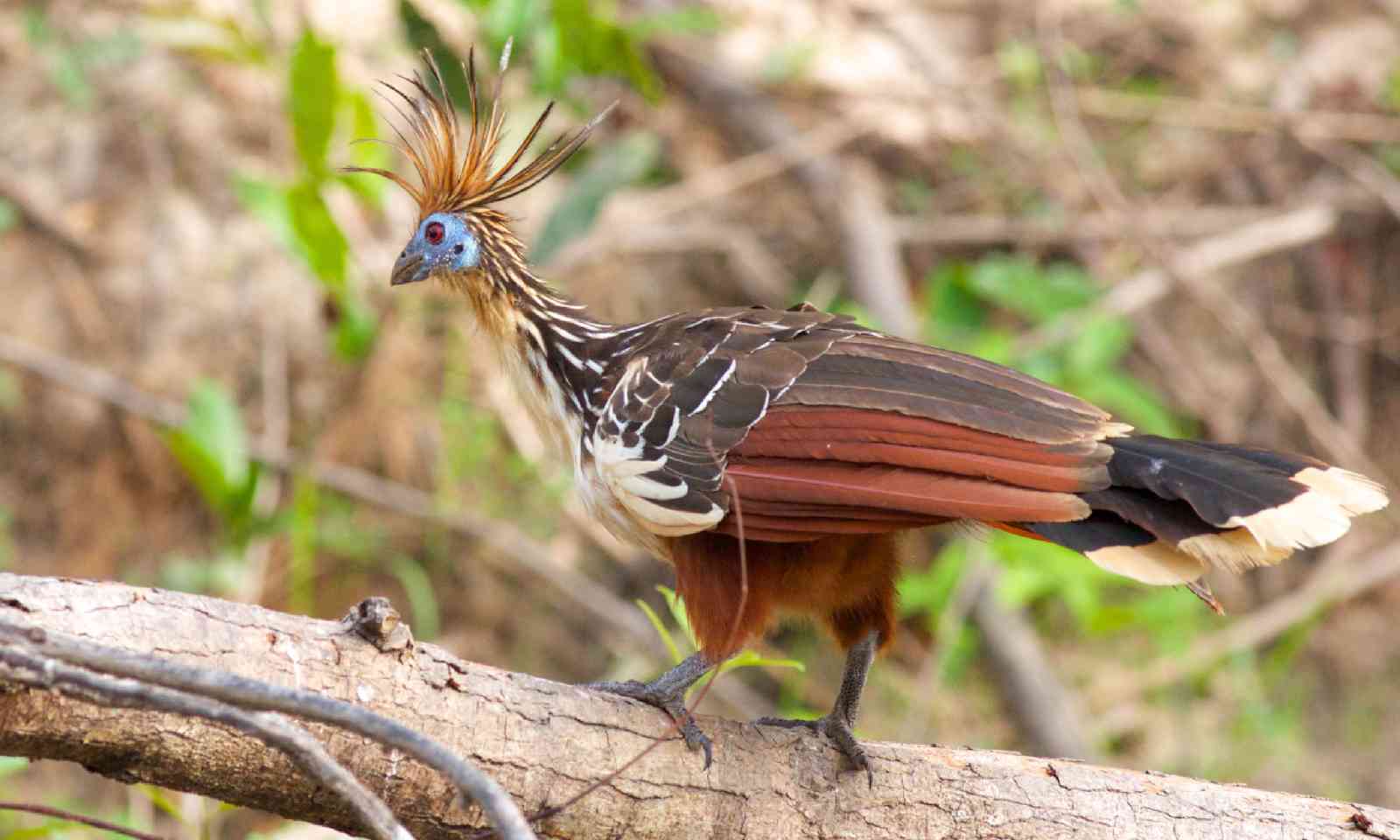 How to spot it: Follow your nose. Look by oxbow lakes and swamps. They live in groups: a breeding pair will be accompanied by several ‘helpers’.

Where? A riverboat trip to the Anavilhanas Archipelago.

What? Very noisy primate. Amazonia is home to three species (black, red, red-handed), all known for their raucous calls, which can cross the canopy for, it’s said, 16km. They range in size from 50-90cm long, plus prehensile tail, which can be more than twice as long again. They build nests up in the trees and live in groups of up to 15-20. 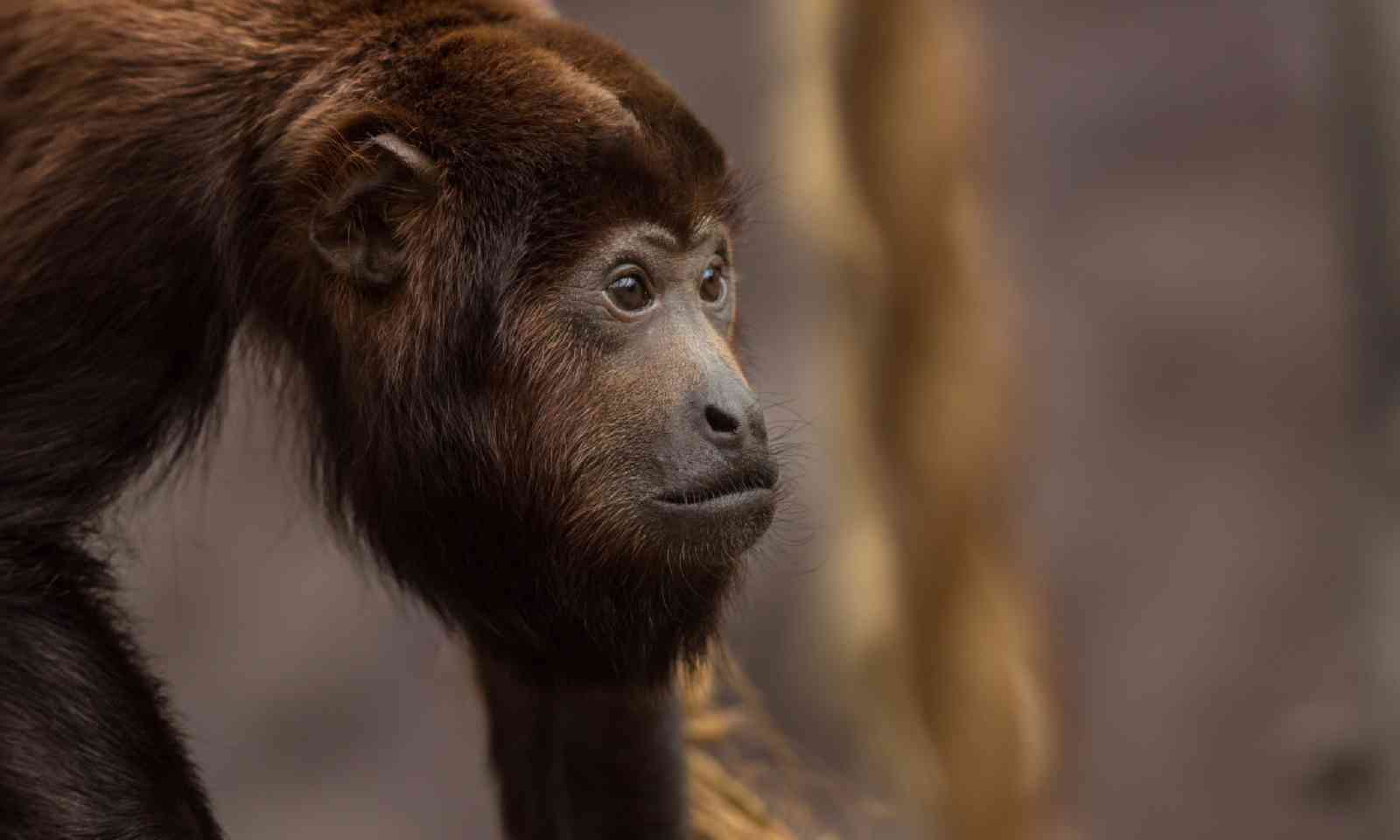 How to spot it: Listen. Howlers have long been hunted so they stay away from humans, but their shrieking yells often resound around the jungle (particularly chilling during a thunderstorm).

Where? Jungle lodges around Manaus, the remoter the better.

What? Big, strong and fast, this largest of the mustelid family can compete with jaguar and caiman for the Amazon’s spoils. Males grow up to 1.8m long, and can weigh over 30kg. It’s diet includes fish, crabs and smaller anacondas – sensitive whiskers help them detect the vibrations of their prey. 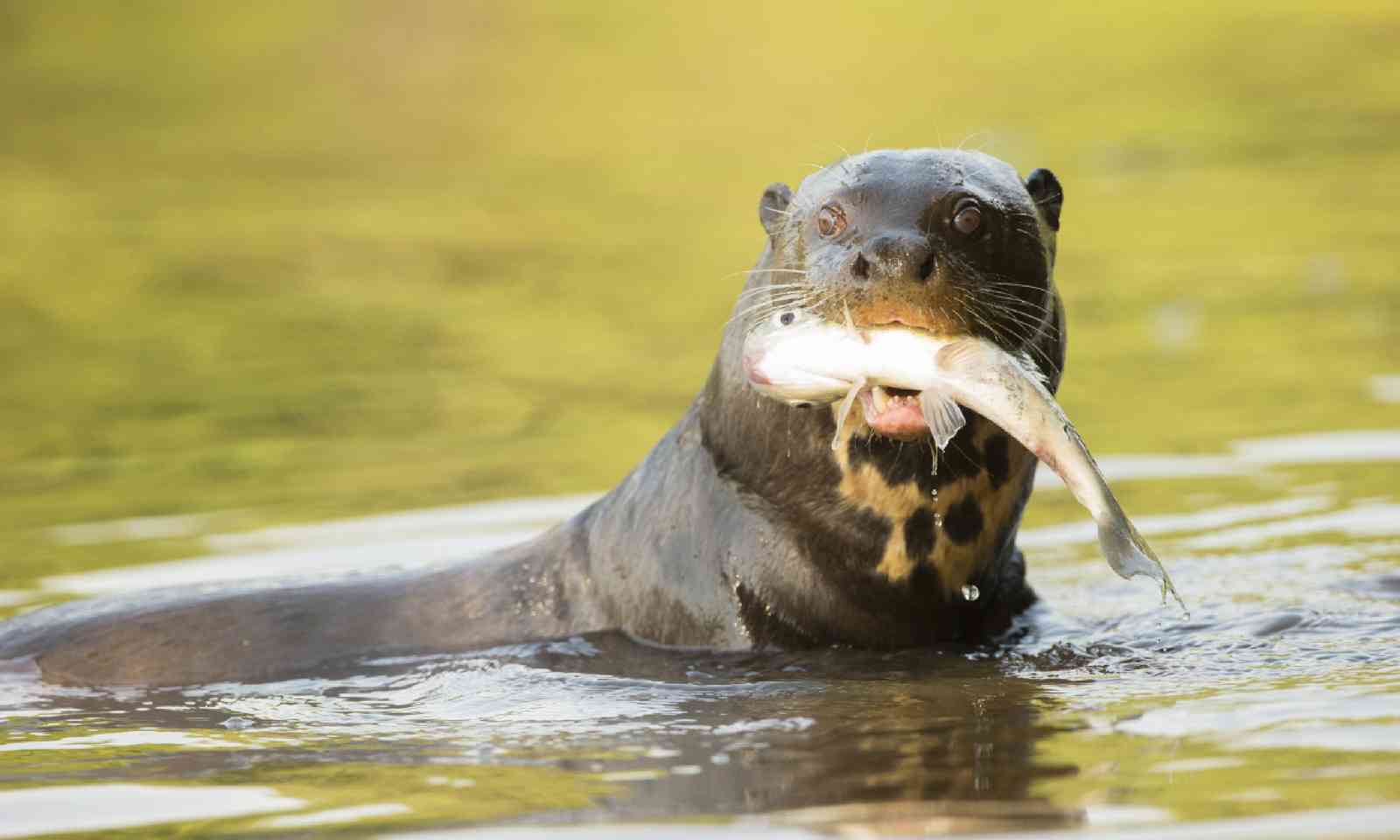 How to spot it: They’re day active and noisy when playing (which they do a lot) so listen out. Also look out for their cleared burrow areas on the riverbanks. They prefer slow-moving rivers.

Where? Better to nip over the border, into Peru’s Manu Biosphere Reserve.

Likelihood of seeing: Moderate – guides will specifically seek them out.

What? These slooow, furry, long-limbed mammals spend 80% of their time snoozing; when they do move it’s at a heady two metres a minute. They sleep curled up in trees or hanging from branches. 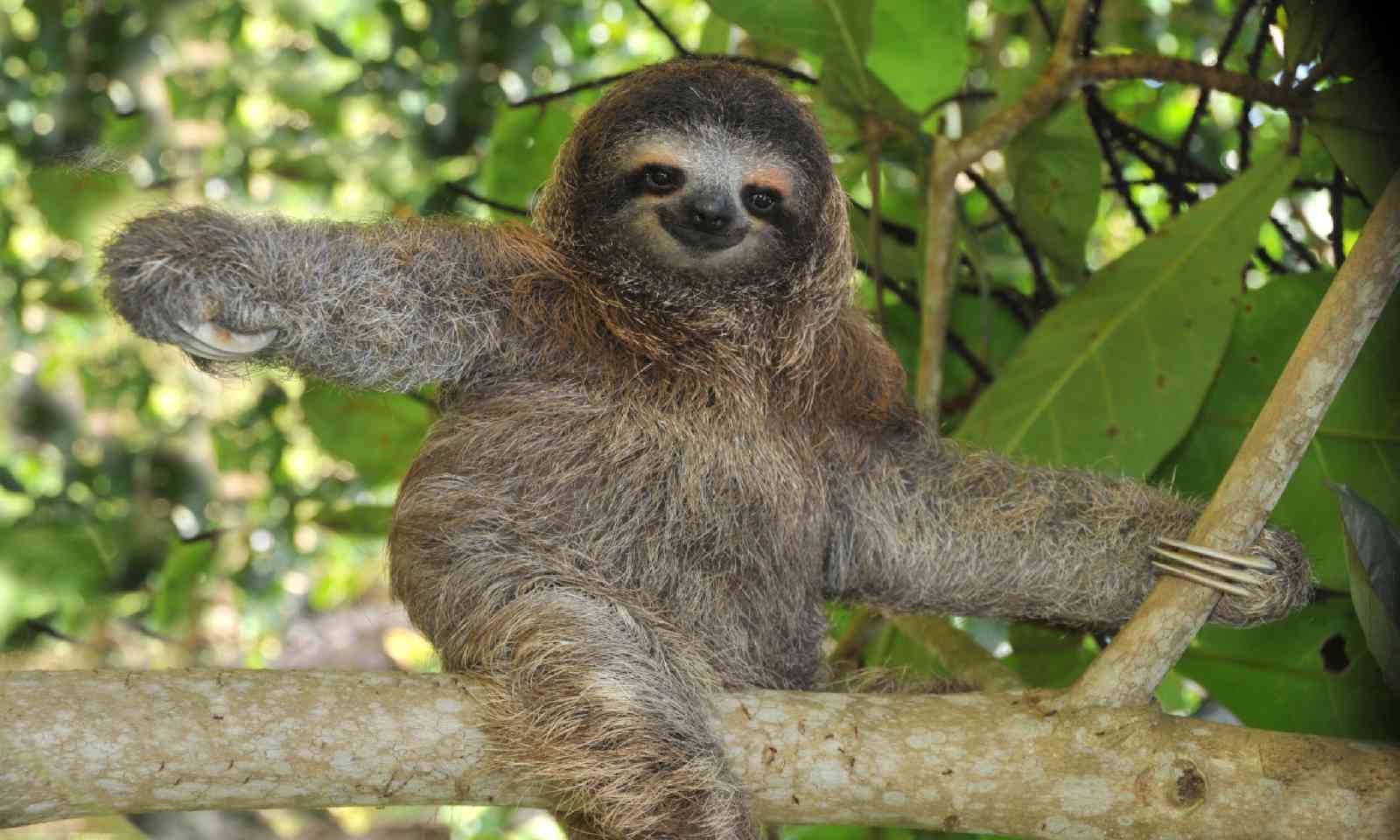 How to spot it: The two three-toed species are the types most frequently seen; they are well camouflaged (algae grows in their fur) and largely stationary; they favour trees of the Cecropia genus. Sometimes they’re seen crossing rivers (they’re good swimmers).

Where? Quieter tributaries of the Negro and Amazon rivers.

Likelihood of seeing: Moderate to high – the most numerous large canopy mammal