The leaves are turning all over the northern hemisphere: here's where to see them at their most spectacular...

New England is synonymous with autumnal splendour. In autumn, vast swathes of the north eastern corner of the USA erupts into colour, especially during late September and the first two weeks of October. 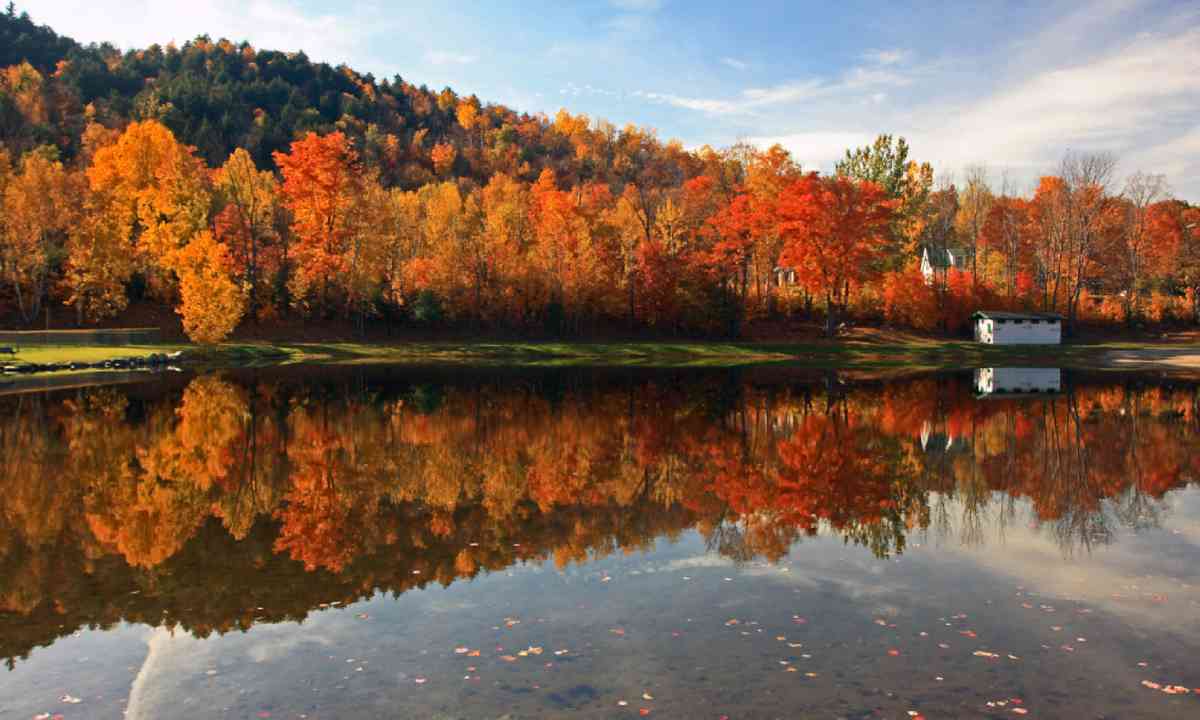 
Hike through the state parks of Vermont and to the summit of Mt Equinox for views over the mountains and upstate New York. Or experience charming towns such as Litchfield, Connecticut and Camden, Maine which are surrounded by glowing woodland. Each of the six New England states radiate colour, so take a road trip through the leaf-littered roads and admire the sweeping landscapes.

Vancouver Island’s wineries are engulfed by the reds, yellows and oranges of the surrounding hills, while Victoria’s Butchart Gardens are an urban option. On the east coast, visit Charlottetown, Prince Edward Island, throughout September for the Fall Flavors Festival. 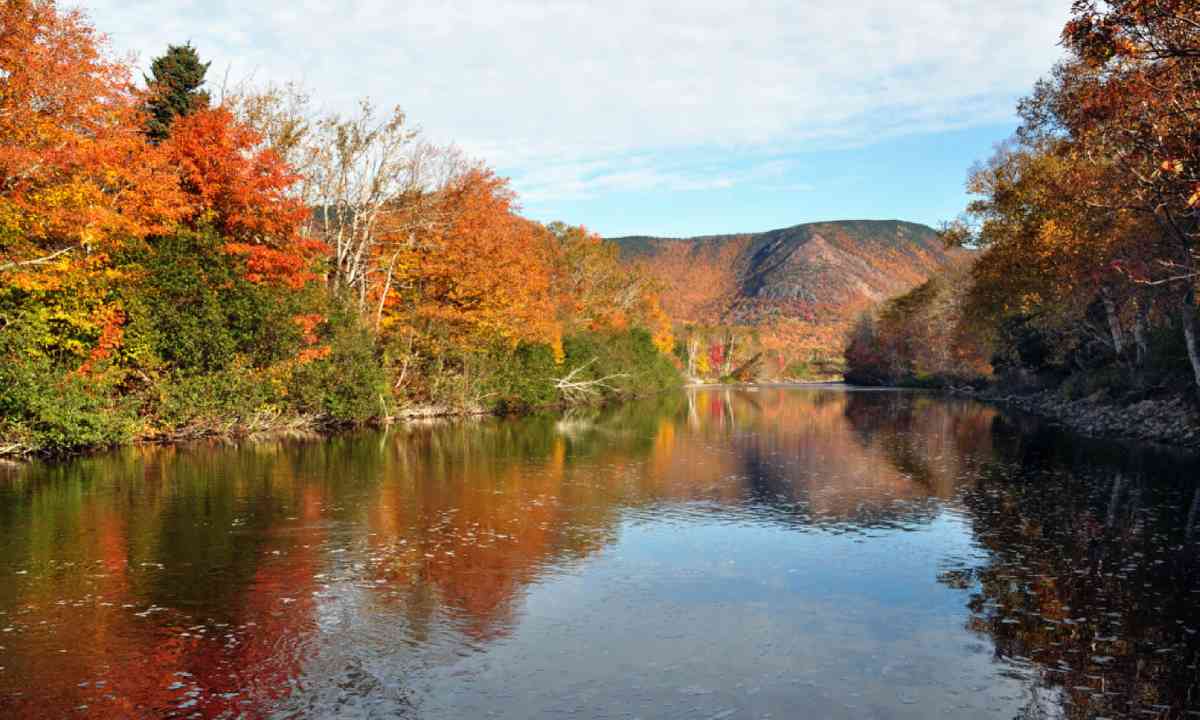 
The Cabot Trail, which crosses the highlands of Cape Breton Island, is an 185-mile loop and provides stunning coastal panoramas amidst colourful foliage. Alternatively, head to Quebec province (especially the Charlevoix region) between September and November for radiating sugar maple trees.

The skies may be greyer and the weather colder, but the UK is alive with colour during the autumn months. Westonbirt Arboretum in Gloucestershire, where over 15,000 individual specimens are on the turn in October, is a particular highlight – as is the Forest of Dean. Perthshire in Scotland is equally beautiful; The Enchanted Forest, Pitlochry, is a must see. 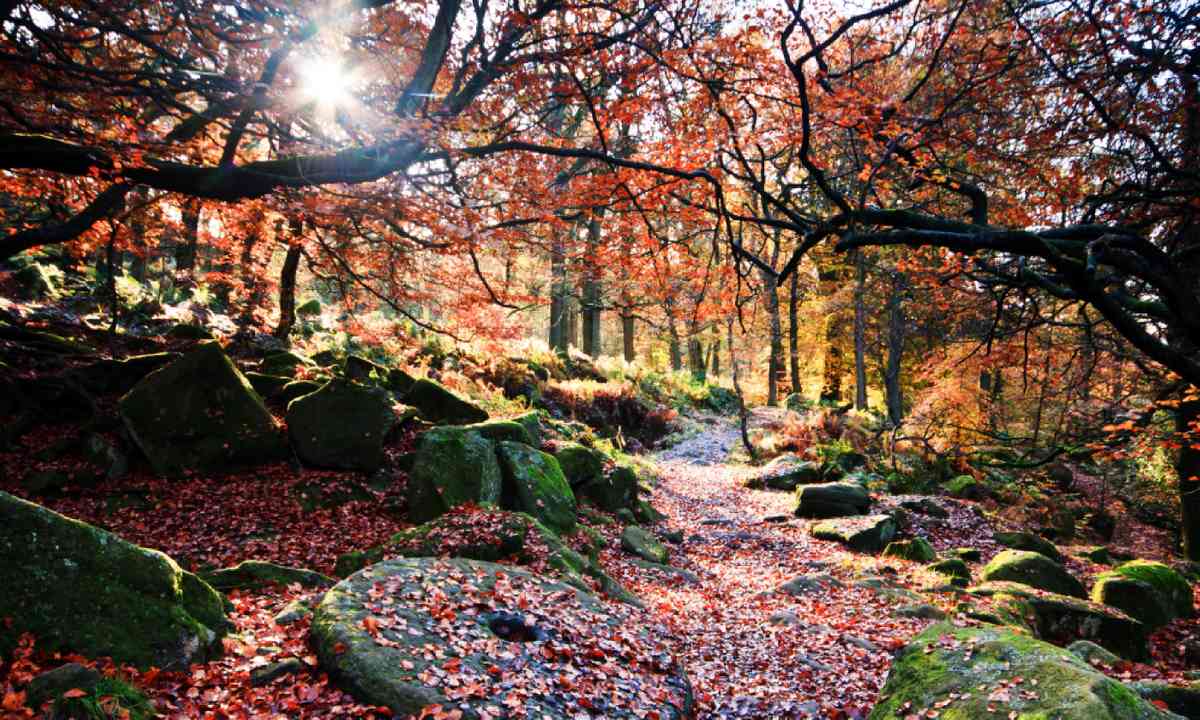 
Autumn provides splendid conditions for exploring The Lake District, with areas close to Ambleside great for hiking. Not to be left out, the Peak District has many attractive prospects during autumn, with Padley Gorge a particular favourite.

The Japanese use the term momijigari to describe a spot of leaf-peeping accompanied by a picnic with friends. Try hills near Mt Fuji, or visit Miyajima Island, near Hiroshima, and stay for the Betchya Festival (November 1-3) to experience Japanese culture in a colourful frenzy. 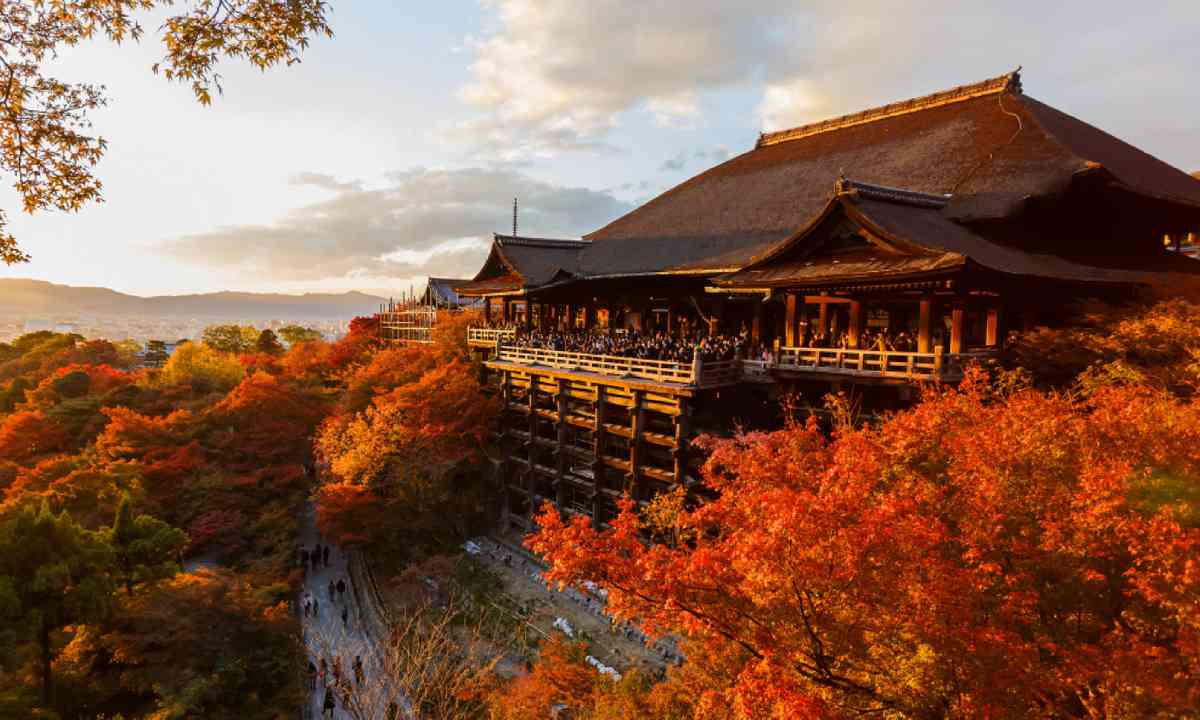 The beautiful city of Kyoto is swamped with crisp, red leaves from October to November. Kyoto's ancient temples such as Kiyomizu-dera Temple and Eikan-do Temple are draped in Japanese maple trees. Take a boat tour along the Hozu River to sample the splendid autumn hues of the valley.

When Koreans think fall foliage, they think Seoraksan National Park, where the leaves start changing colour earlier than anywhere else in Korea: as the weather turns, the entire peak looks as though it’s on fire. Escape the autumn chill by taking a dip in one of the natural hot springs. 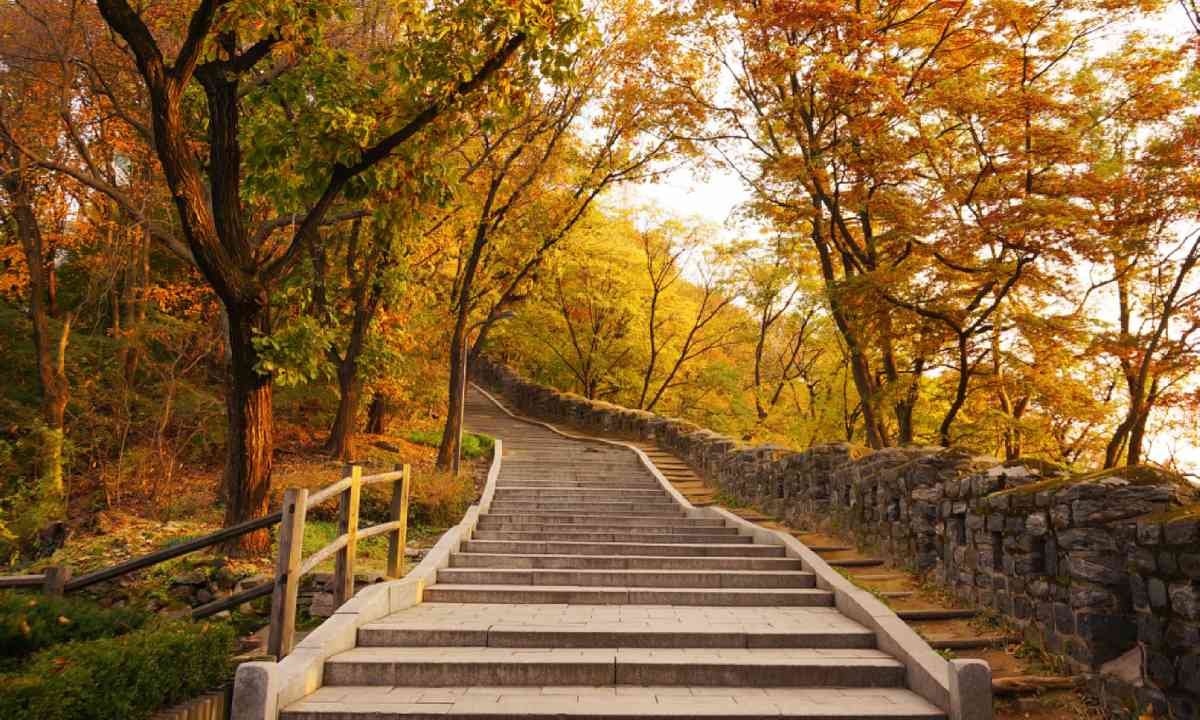 
South Korea's capital Seoul sparkles from late September to late October. A trip through the scarlet leaves of Namsan mountain to overlook the skyline and bustling streets of Seoul is recommended.

Mystical Lake Bled, overlooked by a Romanesque castle and home to a small island complete with a fairytale church, is bombarded with magnificent autumn shades. Hire a boat and row to the island to fully appreciate the surrounding spectacle. 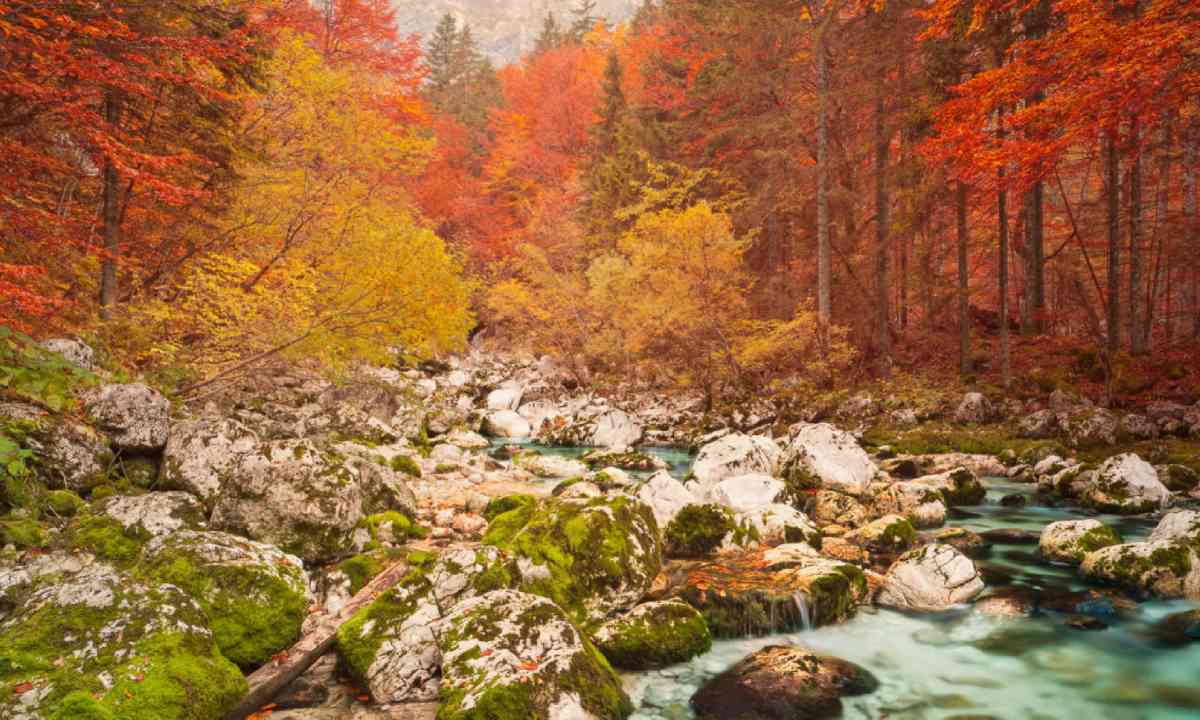 Alternatively, you can explore Triglav National Park by hiking and biking through unspoilt forests and taking in the sights of Lake Bohinj.

Finland is not just a great winter destination. The Nordic nation sparkles in September with Lapland's dramatic landscapes ablaze with colour. A trip to Finnish Lapland during autumn allows you to combine Arctic treks and the northern lights amongst a riot of colour. 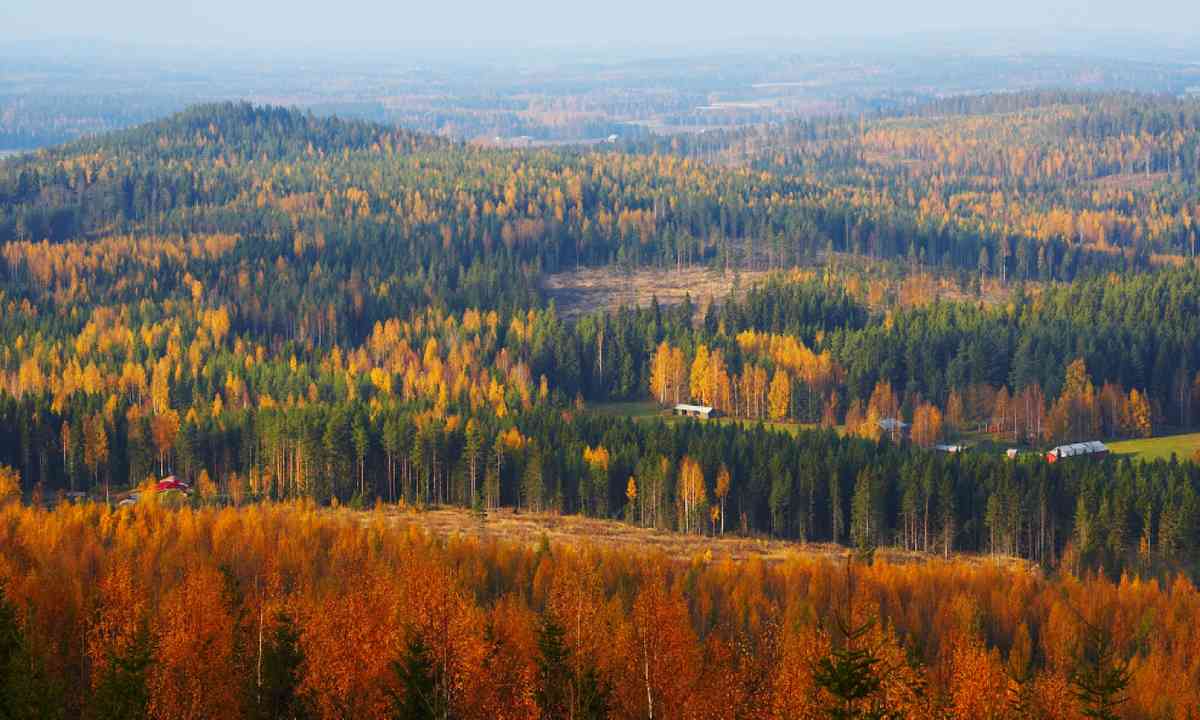 
Ylläs is a favourite for powder lovers, but before the snowy months begin the area is perfect for a spot of leaf-peeping and trekking through the Scandinavian scenery by horse, bike or kayak. 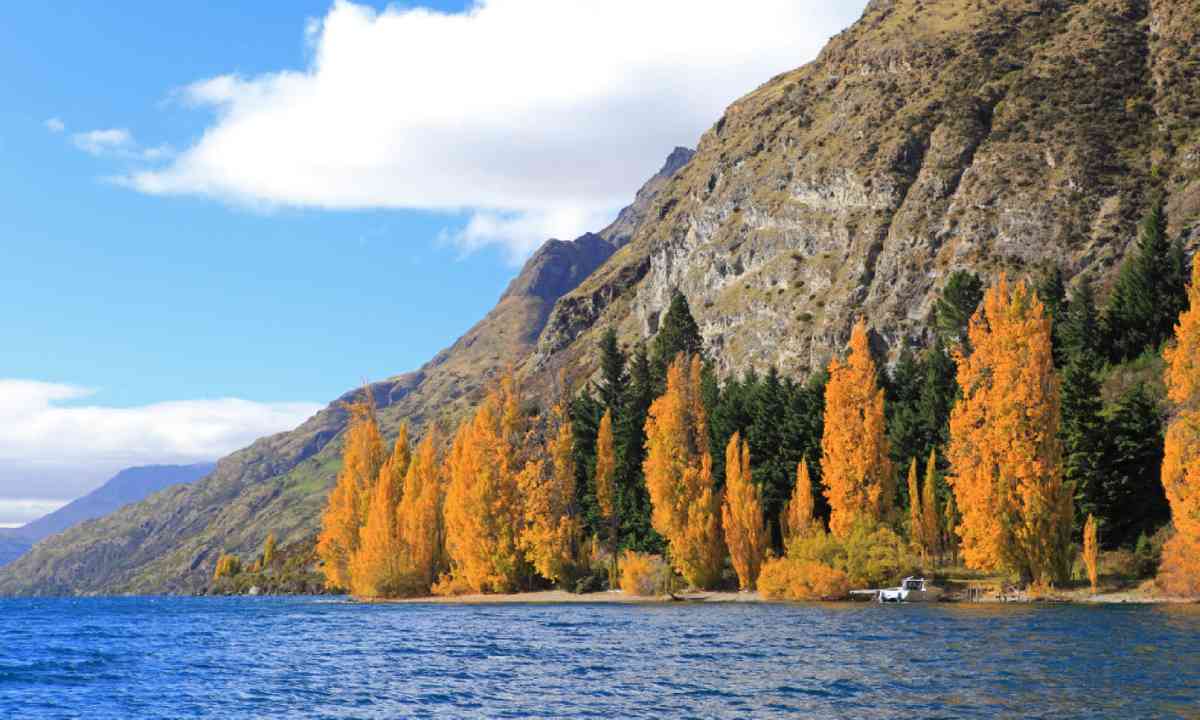 
Kayak along Lake Wanaka as the crisp and colourful leaves reflect in the crystal clear waters, or head to Queenstown, Lake Wakatipu and the wider Otago province to discover why New Zealand is known as the adventure playground of the world.