The usually sleepy Devonshire town of Ottery St Mary gets fired up for Bonfire Night in a big way. Visitors can witness mad or brave (you decide) participants run through the town's streets with a flaming barrel of tar resting on their shoulders. For centuries, residents (and it is strictly only residents who partake), have taken great pride in their Bonfire Night event that draws in thousands of spectators.

Although officially banned in 2010 due to mounting concerns over health and safety and arguments over plans to introduce tickets, cheese rolling continues to be held in an unofficial capacity. Thousands of cheese hunters flock to Brockworth from around the world for the chance to fling themselves down the steep gradient of Cooper's Hill.

Broken bones are not uncommon as competitors tumble down the hill's 50% gradient in pursuit of a wheel of Double Gloucester cheese. Winners of the race claim the wheel of cheese, whilst everyone else's reward for reaching the bottom is getting tackled by burly members of the local rugby team.

Hundreds of worm charmers descend on the small Devonshire village of Blackawton for the annual event held on the Sunday of the May Day bank holiday weekend. Each team, which consists of a Charmerer, a Pickerer and a Counterer, must find a one metre-square plot in the 'secret field' and use all skills required to charm the wiggly creatures to the surface. No digging is allowed. If caught, you will feel the wrath of the Worm Master. 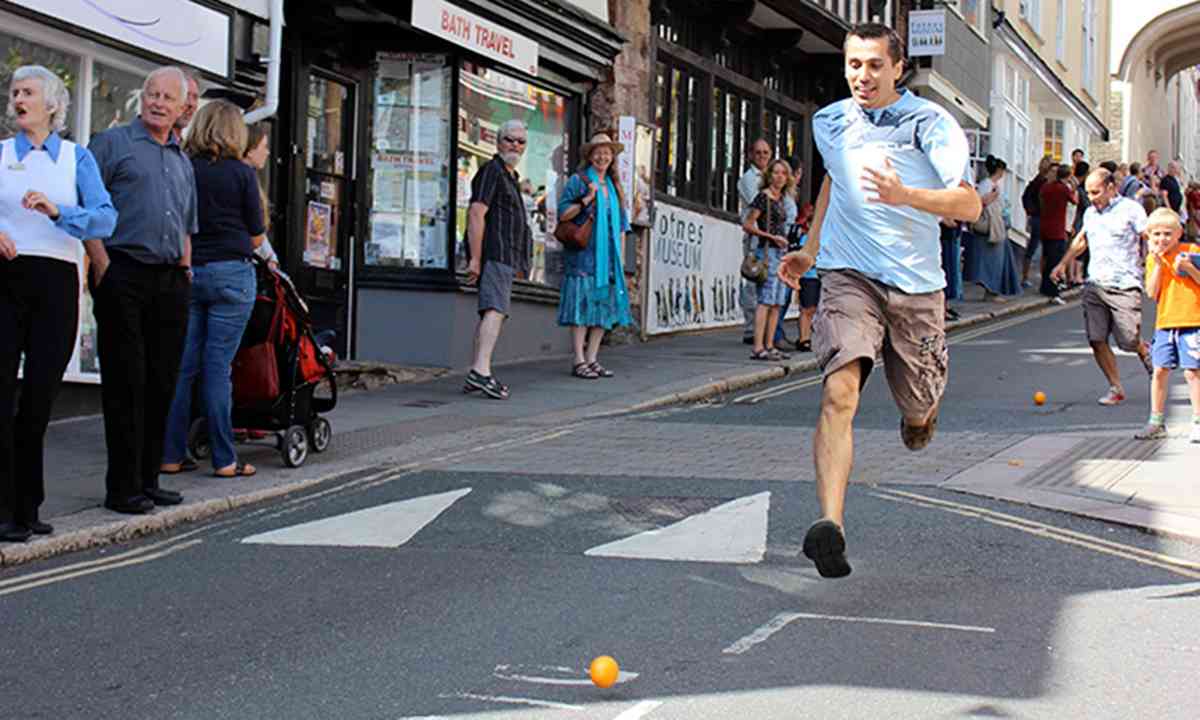 The story goes that whilst visiting the town in the 1500s, Sir Francis Drake bumped into a boy carrying oranges, sending the fruit tumbling down the steep high street, and the boy chased after them. The myth turned into a zesty event some 500 years later in the 1970s, in an attempt to boost tourism to the already quirky town.

The orange race has wide a-peel and on the third Tuesday of August the people of Totnes hurtle down the town's steep high street – kicking and rolling their orange towards the finish line, although it doesn't matter if you finish with your orange just so long as you have an orange to hand. 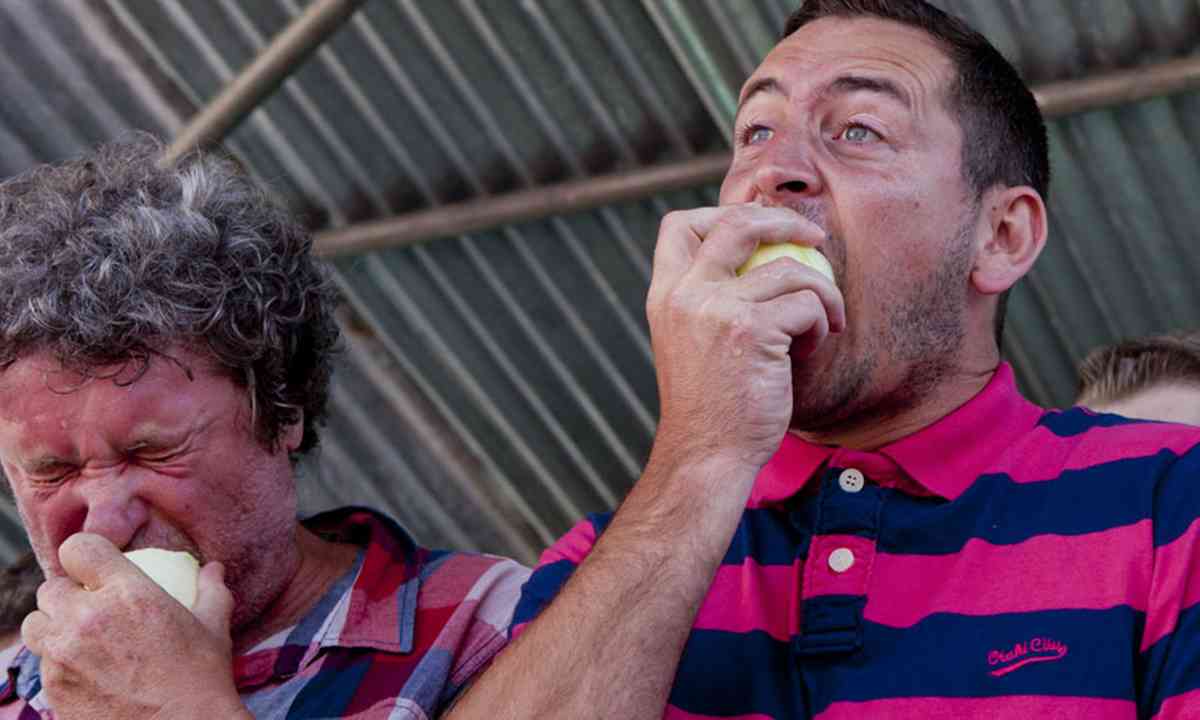 If eating a seven ounce onion as quick as you can sounds like a mouthwatering prospect then the Newent Onion Fayre is for you. Around 15,000 people turn up to the annual onion fayre which dates back over 800 years. This year's winner chomped down the onion in an eye watering 1min 35 secs. 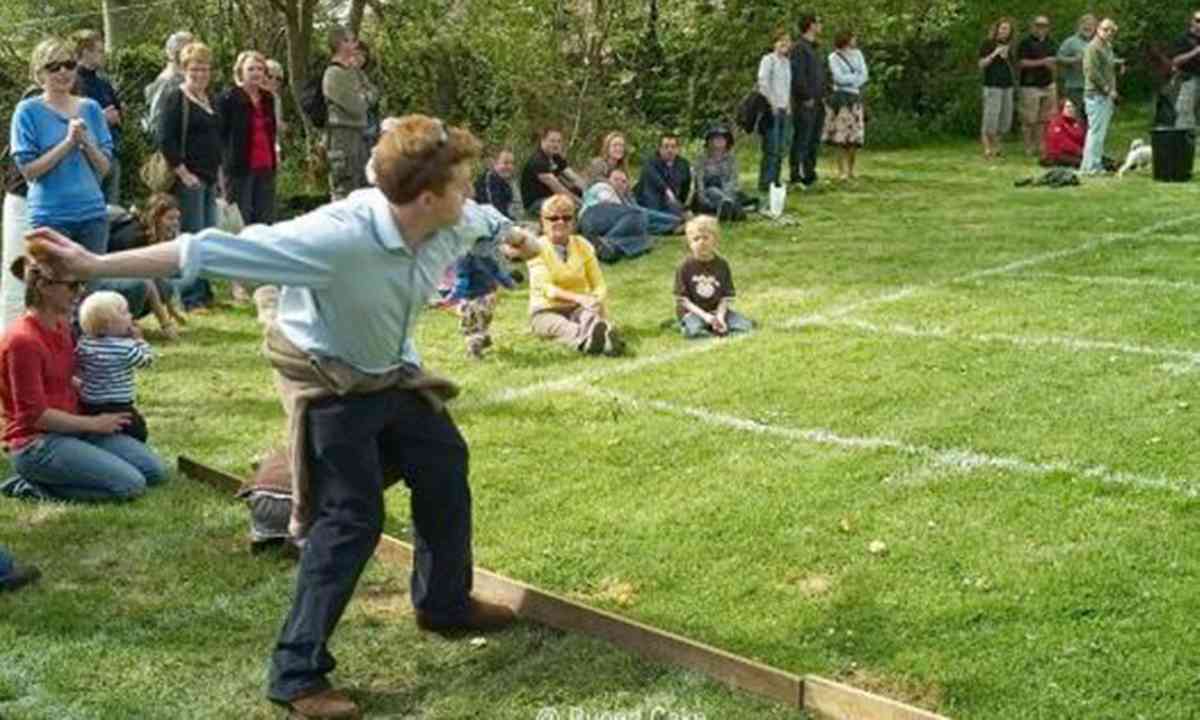 Hosted in the village of Cattistock since 2008, the 2014 event drew 5,000 spectators as 700 competitors tried their arm at chucking the Dorset Knob (a savoury biscuit) as far as they could.

The day-long festival includes Knob eating, Knob painting and a Knob & Spoon race before the main event. Contestants of the main event must launch their chosen biscuit underarm with at least one foot remaining on the floor. This year's winner threw the Knob an impressive 71ft. 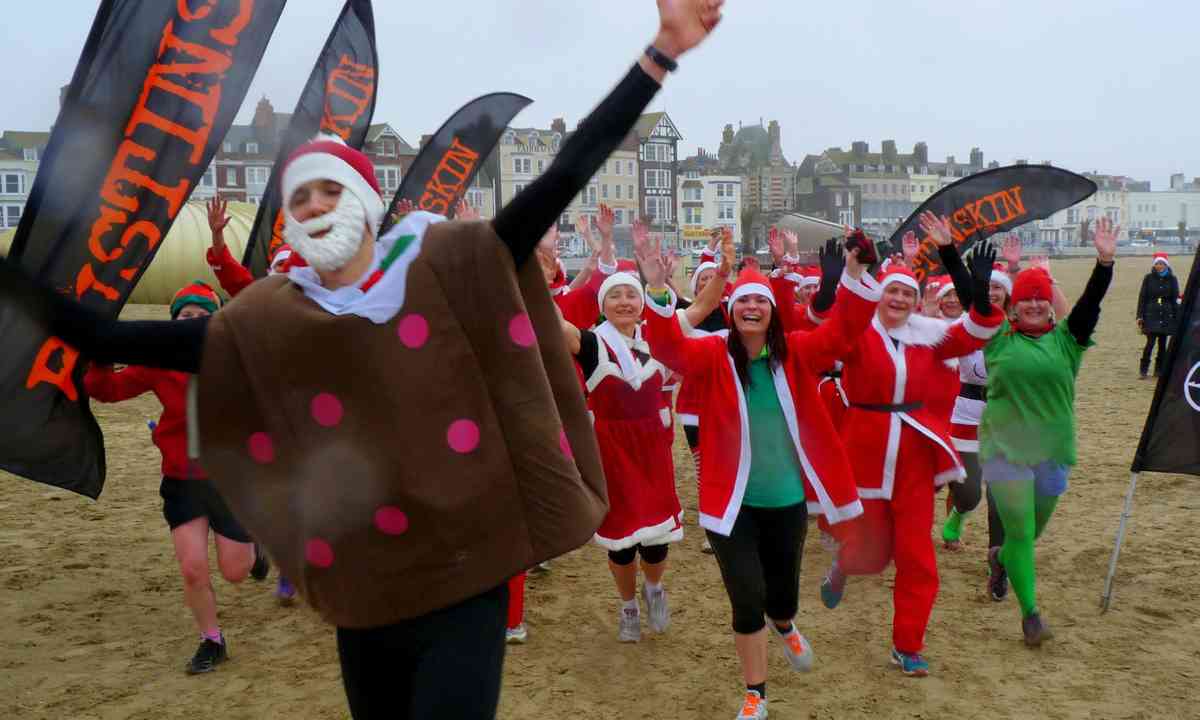 Hundreds of people dress as Father Christmas and chase one lone person attired as a Christmas pudding across a 5km beach in the depth of winter. The annual Chase The Pudding event takes place along Weymouth beach in December and raises money for the British Heart Foundation. The winner becomes the pudding the following year.