Few countries are as utterly unique as Japan, with fantastic food, captivating culture, wonderful wildlife and lovely landscapes to explore. Here are our tips on how to make the most of your own visit.

1. Head for the hills

The Japanese like a good hike. On any given weekend the trains are full of people wearing sensible waterproof coats and hiking boots, heading off into the Japanese countryside. They’ll be back at work on Monday, of course. But that’s the beauty of hiking in Japan. The country packs an awful lot into even the shortest of walks. 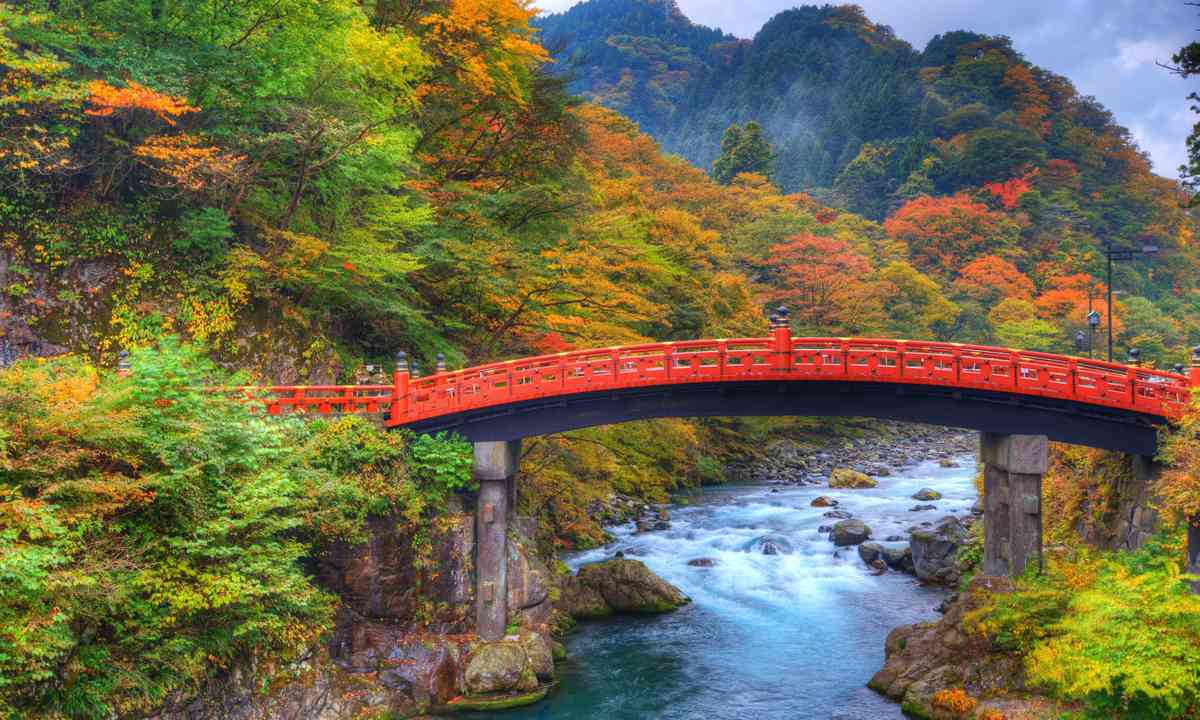 Sophie Campbell found that when she went trekking in Honshu. It offers bamboo forests, pristine lakes and hidden temples. Just don’t forget your bear bell. On thing is for certain, whether you’re hiking the hills around Nikko or the two-hour tori-covered tail at Fushimi Inari Shrine, you’re in for a truly unique trekking experience.

2. Challenge – and delight – your tastebuds

Tokyo has more Michelin stars than London and Paris combined. But the good news is that even the smallest restaurants offer something to delight foodies. Join the salarymen for a lunchtime bento box and you’ll never be satisfied with a meal deal from Boots ever again. 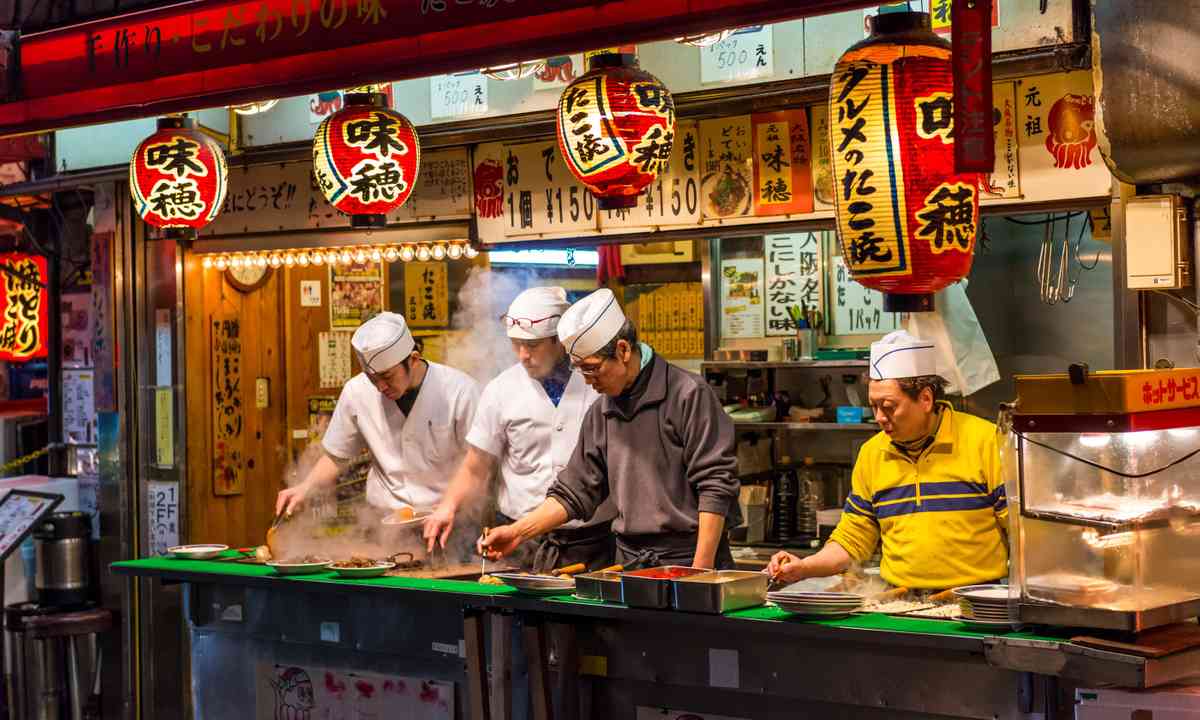 You’ll have no problem finding a Katsu curry, tempura vegetables or the ubiquitous sushi. J­ust look for their plastic approximation outside the restaurant of your choice and point. But it is at the extremes that Japanese food gets really interesting.  Whether that’s paper-thin slices of Hida beef, sourced from cows feed on beer, or Hachinoko (wasp larvae), it’s a culinary experience you’ll never forget.

3. Lose yourself in the Japanese wilderness

Hokkaido is Japan’s wild frontier, especially in winter, when cars must be swapped for snowmobiles and huskies, cranes dance, hot springs steam and the sparkling Sapporo Snow Festival comes to town. If you’ve ever wanted to see a two-storey ice carving of Hello Kitty, this is the place to come. 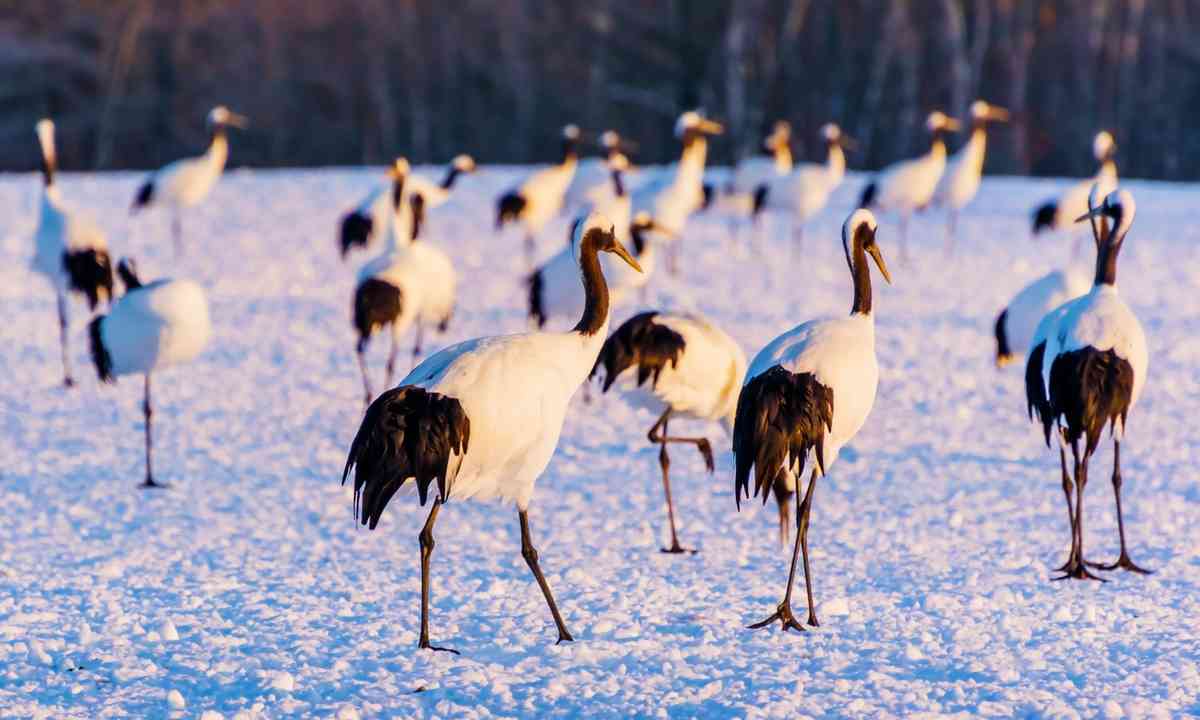 Cranes in Hokkaido in winter (Shutterstock.com)

Outside of Sapporo, Hokkaido is Japan’s wild frontier, one of the largest and least-populated regions, home to the indigenous Ainu culture and some of the country’s oldest national parks. It’s where you’ll find the country’s best ski resort, Niseko. Save time for a restorative dip in an onsen. You’ll find them all across the region; some inside, others just outdoor rock pools.

Can’t make it to Hokkaido for the winter? Not a problem. In the summer, it’s a place to explore colourful lavender fields, mountains and lakes, and to spot brown bears and other wildlife.

In many ways, Kyoto is the perfect encapsulation of the Japan of everyone’s imagination. 1,000 years as Japan’s capital has blessed it with over 2,000 temples, ancient traditions and a way of life that has changed little over the centuries. From fully made-up geisha girls scurrying past holding white parasols to brightly painted wooden bridges, there is an Instagram moment around every corner. 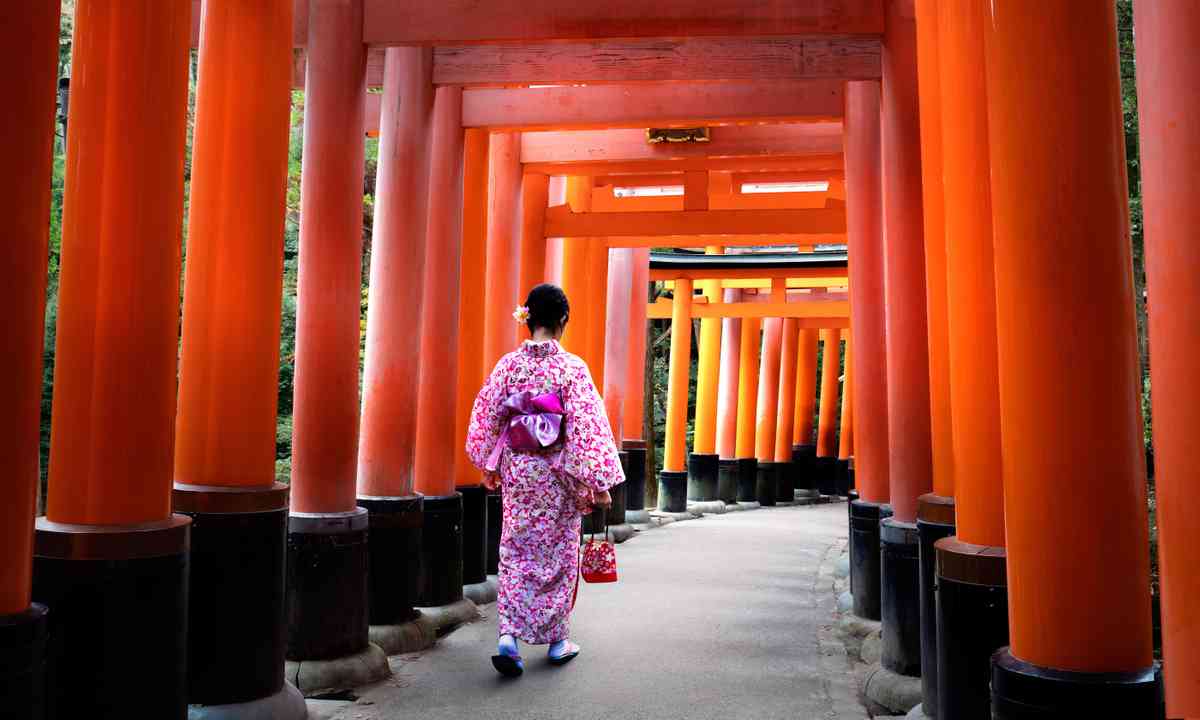 Take a guided walk through Gion after dark to gain an insight into the world of geiko (Kyoto’s name for geisha) and maiko (apprentice geisha). Take a course in calligraphy, tea-ceremony, sake-tasting or kimono-wearing. Wander through the 5,000-plus orange-red torii (shrine gates) of Fushimi Inari Taisha. This is the Japan you travelled to see. Immerse yourself in it.

5. Celebrate under the sakura

The start of spring can only mean one thing – a sea of cherry blossom is starting to wash across Japan, fleetingly covering the country in delicate buds. These fragile flowers only last about two weeks – but there are few sights more magical. 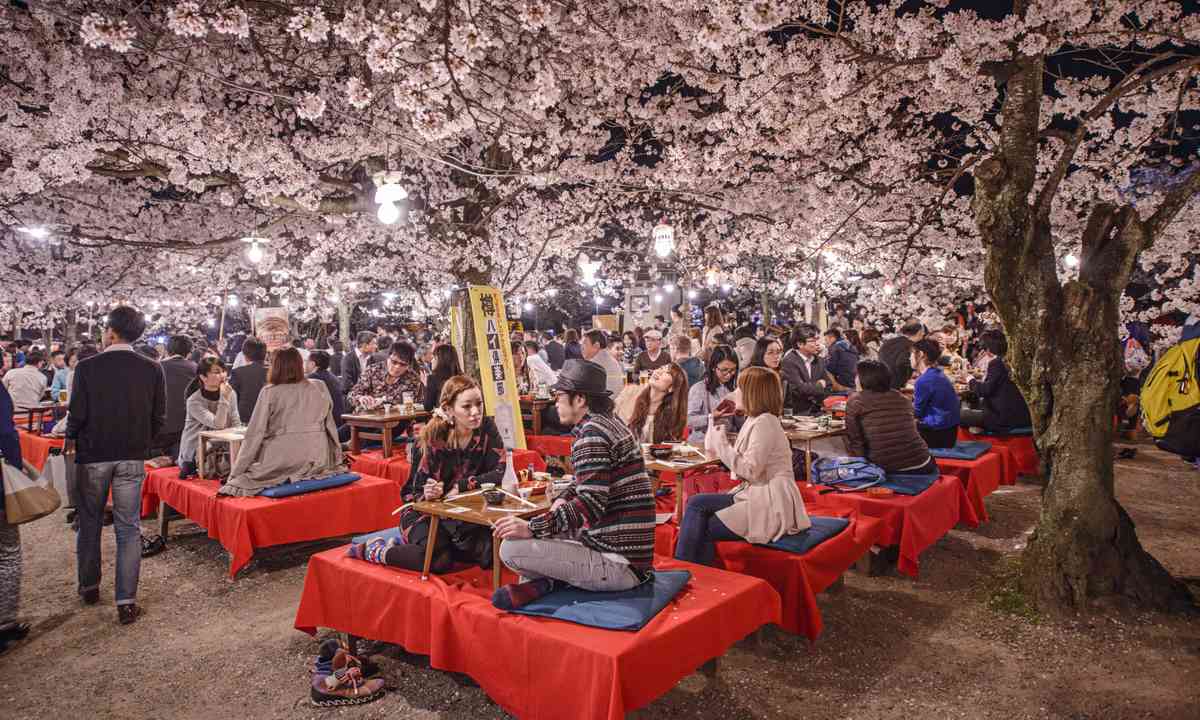 The sakura appears across the nation, but some spots are better than others. Kyoto is a good place to see the blooms, which drape the city’s abundant shrines (such as calming Heian-jingu) and parks; head to Maruyama-Koen to sit beneath a beautiful pink canopy. The castle town of Hirosaki holds the Sakura Matsuri festival, while mountainous Yoshinoyama is home to more than 30,000 cherry trees. In Tokyo, witness brilliant blooms in Inokashira and Ueno parks.

6. Lose yourself in Tokyo

Tokyo strikes you initially as being like some giant machine, with cars and consumers providing fuel to the round-the-clock crankshaft. Some 23 million people live and work here, among rammed sushi joints and sleepless corporate towers. The skylines are electric-indigo; the soundtrack is a barrage of candied pop tunes and rattling subway trains; the speed of life, on first impression, is breathless. Then you’ll take a turn and stumble upon a scene of quite serenity, seemingly centuries old. 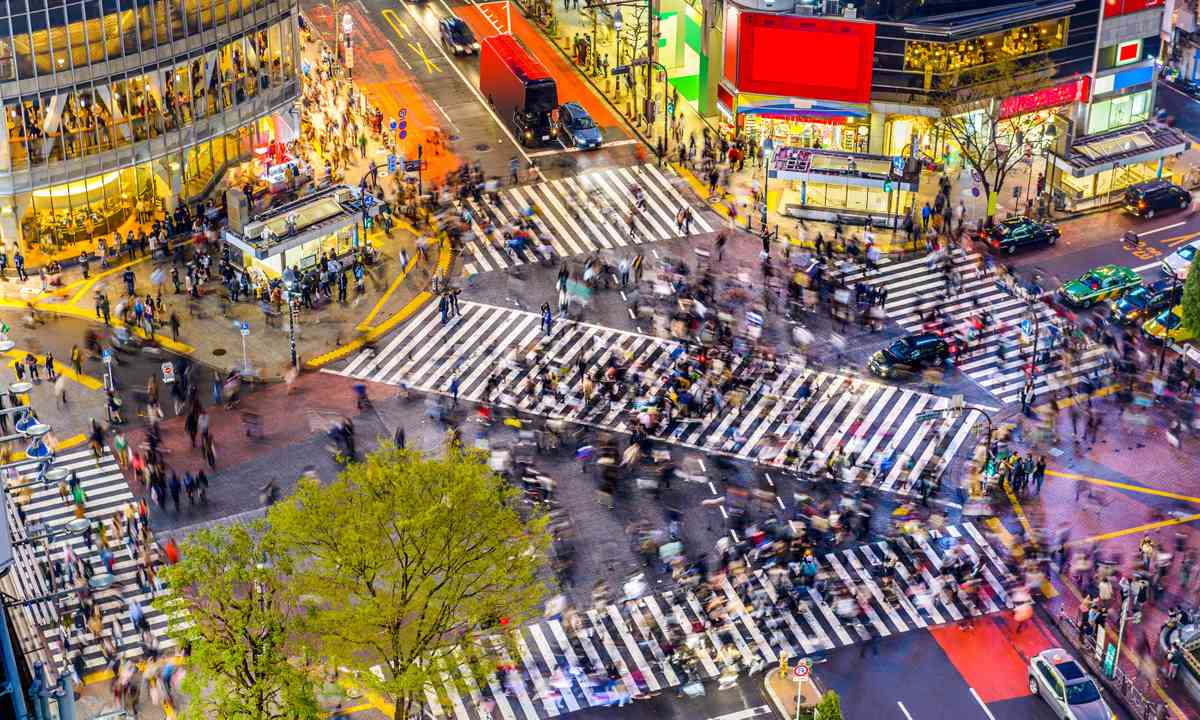 What other city offers you a theme park dedicated to manga and one dedicated to onsens (hot springs), right next to each other? Or the chance to browse the latest gadgets and the ancient traditions of sumo in the same afternoon?

And fear not, there’s plenty to do in the city if you’re on a budget as well. Wander through Tsukiji, the world’s largest seafood market or quietly contemplation at Meiji Shrine, a calm garden oasis in the centre of Tokyo. Tokyo is many things, but it is never boring.

7. Buy everything you need from a vending machine

Vending machines first appeared in Japan in the 1950s and quickly became a fixture on Japanese streets. Today, Japan has the highest per capita rate of vending machines in the world, offering a dizzying array of products available any day of the week and at any hour of the day. 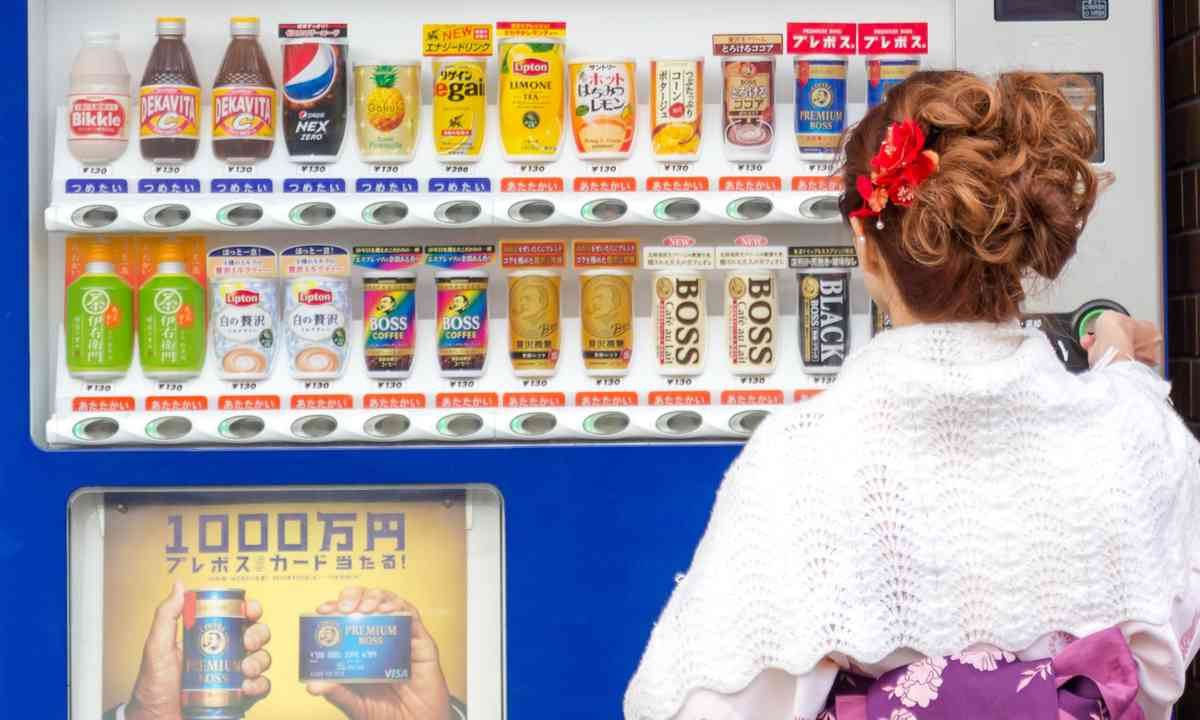 Whatever you've got a yen for, in Japan there's a machine that will sell it to you. Eggs, flowers, crepes, magazines, a change of underwear, even a keg of beer or a can of hot coffee, are all only a few coins or a card transaction away. It is no exaggeration to say that you could get by in Japan without ever walking into a shop. Give it a go. You’ll be surprised what you’ll find. And by the way. Pocari Sweat tastes better than it sounds.