You won't find giant swans with intertwined necks at this ice festival. The sculptors at Norway's Ice Music Festival are too busy crafting a variety of musical instruments that must not only look good, but hold a tune as well. 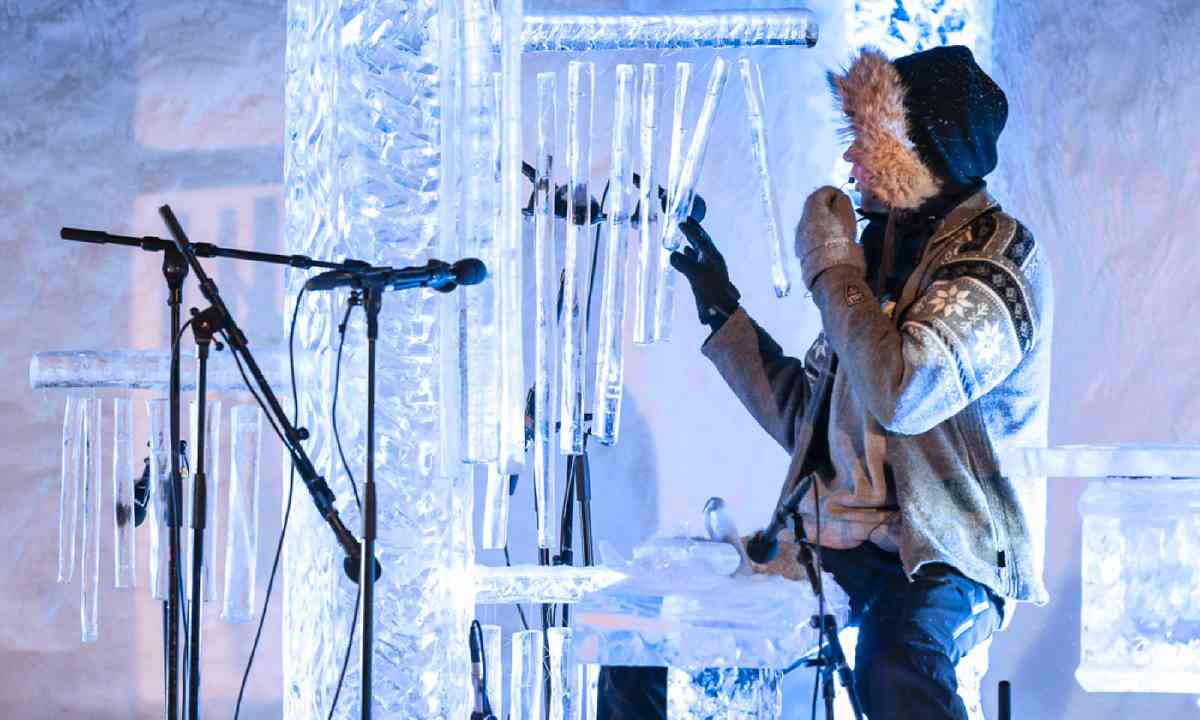 Musicians from all corners of the globe gather midway between Oslo and Bergen on the first full moon of the year in 'an ovation to nature.' From guitars and violins to harps and drums – all are made of local ice. The quality of the ice differs from winter to winter, and the sounds made by the instrument vary depending on the temperature. Each concert is unique.

Concerts take place outdoors or in specially constructed igloos. The program includes music, meditation, ice sculpting, ice acrobatics, and other forms of artistic expression. Don't forget your gloves. You can be sure the musicians won't.

Chilled by wind whistling down from Siberia, Harbin in north-eastern China hosts the biggest ice festival in the world. Sculptors have been battling with each other since 1963 to create the largest and most outlandish ice art on the planet.

Blocks of ice are carved from the Songhua River before ice sculptors from all over the world set to work with picks, chisels and saws to create larger-than-life buildings, animals, mythical creatures and abstract objects. Officially the festival starts on 5 January but, weather permitting, it sometimes opens earlier. 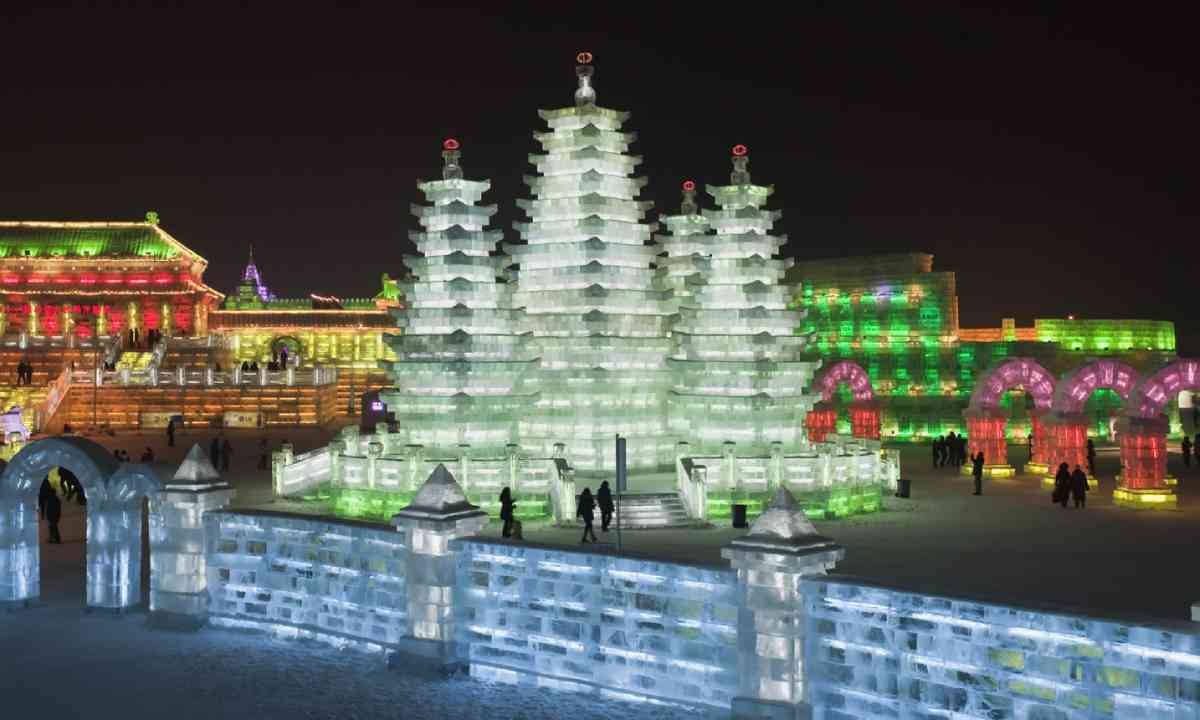 Most sculptures are illuminated by lasers, although some still employ traditional lanterns. But one thing is certain, there is nothing that can't be made out of ice, even a moment in history: 'Crossing the Bering Strait', a creation which commemorated the migration of the first nations, secured a spot in the Guinness Book of World Records as the largest ever snow sculpture. It was a staggering 250 metres long.

If the ice sculptures of Harbin are big and brash, those that line the squares of Sapporo Snow Festival display a more refined artistry. For seven days in February, the city becomes a winter dreamland of crystal-like ice and white snow. 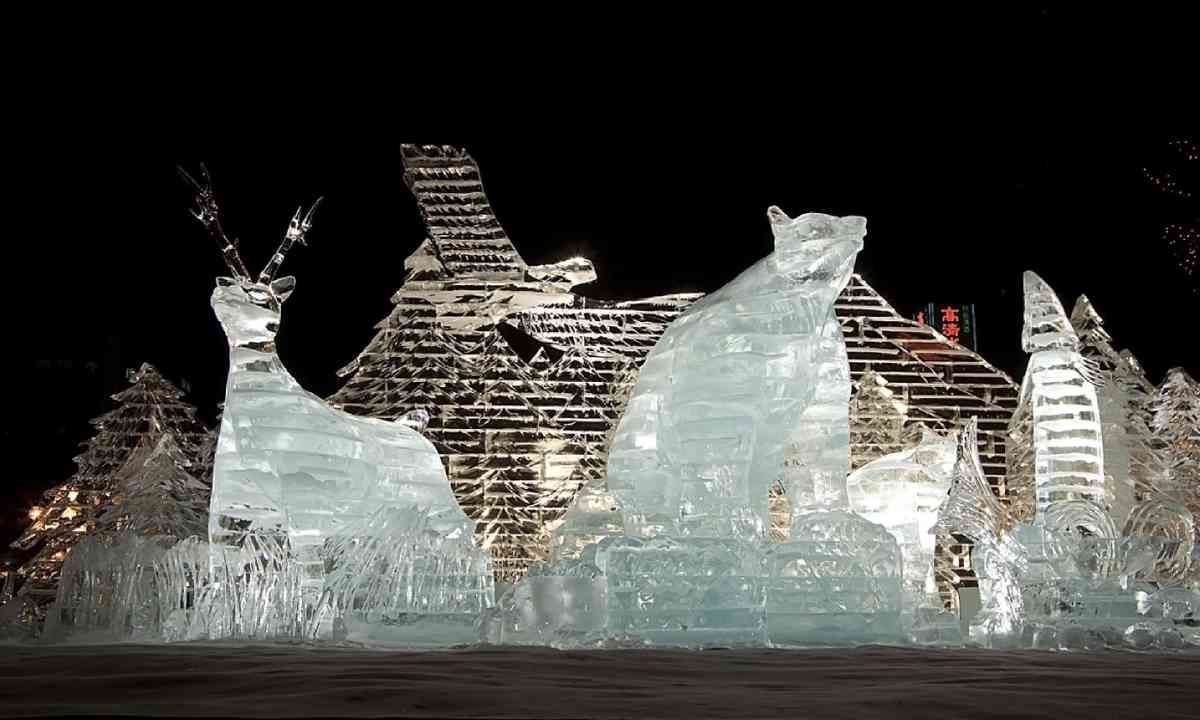 From humble beginnings in 1950, when six local high school students built six snow statues in Odori Park, the festival now boasts a number of 'gallery' sites and hosts over 2 million visitors each year. The city also has a Snow Festival Museum that displays historical material and media from past festivals.

Expect the unexpected. At the Suskino Site, sculptures have been known to include real crabs, squid and salmon in their displays!

There are many impressive ice sculptures at the Hwacheon Sancheoneo Festival in this remote corner of South Korea. But to be honest, most of the one million visitors are too busy fishing for trout to pay much attention. 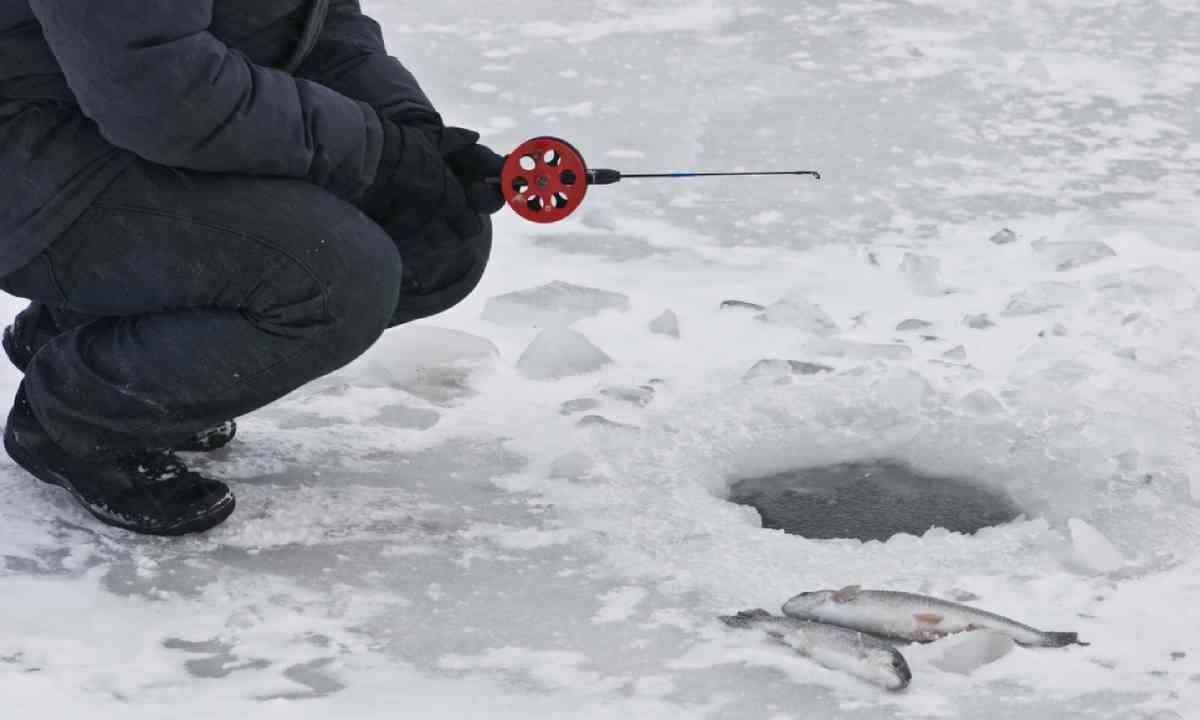 Visitors cut a hole in the thick ice covering the Bukhangang River and try their luck snagging a trout swimming in the clear waters underneath. Special prizes are given to those who use their bare hands. A series of cultural events are held to keep visitors entertained while they wait for a hole to become free.

And don't worry, you won't miss out on catching a fish. Three tons of fresh sancheoneo (trout) are released in the river every day of the festival.

Western Europe may be too mild to host an outdoor ice sculpture festival, but that hasn't stopped the good folk of Bruges whacking up a thermal tent on Station Square and holding one in there. 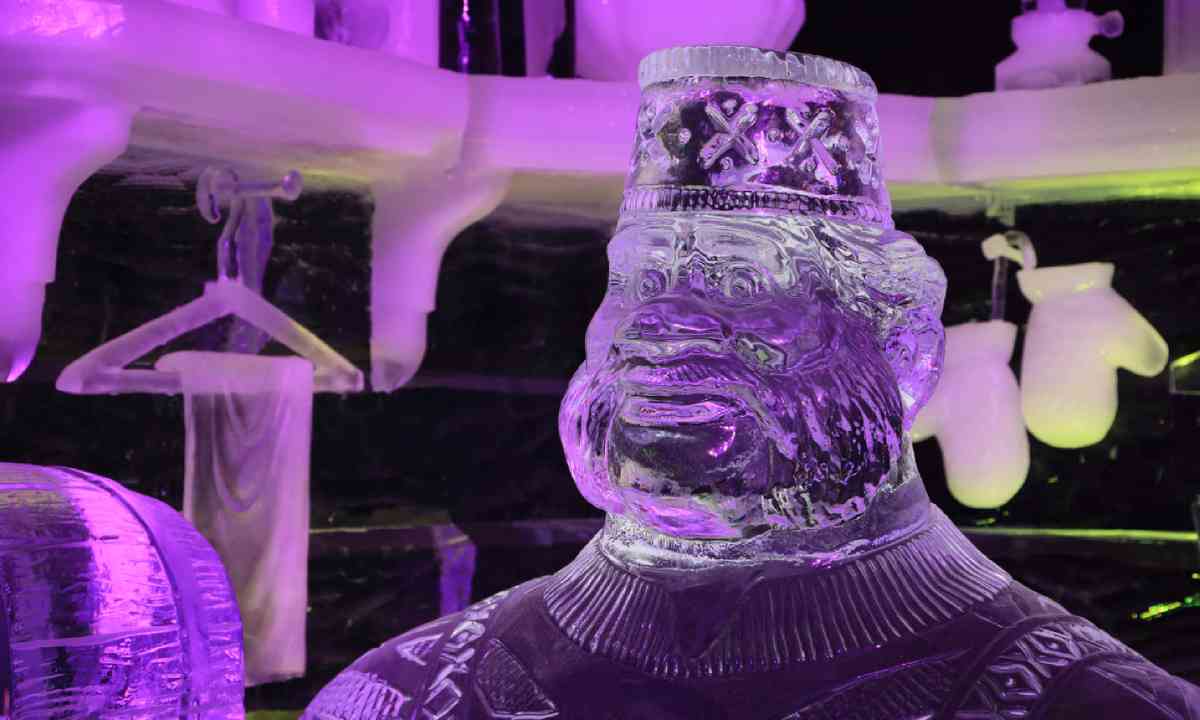 Each year, artists from around the world are invited to the Ice Wonderland Sculpture Festival to create themed works full of 'emotion and adventure'. In 2014, they were asked to create their own interpretation of The Land of the Hobs – inspired by J.R.R. Tolkien's Hobbit stories.

Billed as the 'friendliest little ice festival in the northern Rockies', Cody Ice Climbing Festival is in fact one of the world's few waterfall ice festivals. 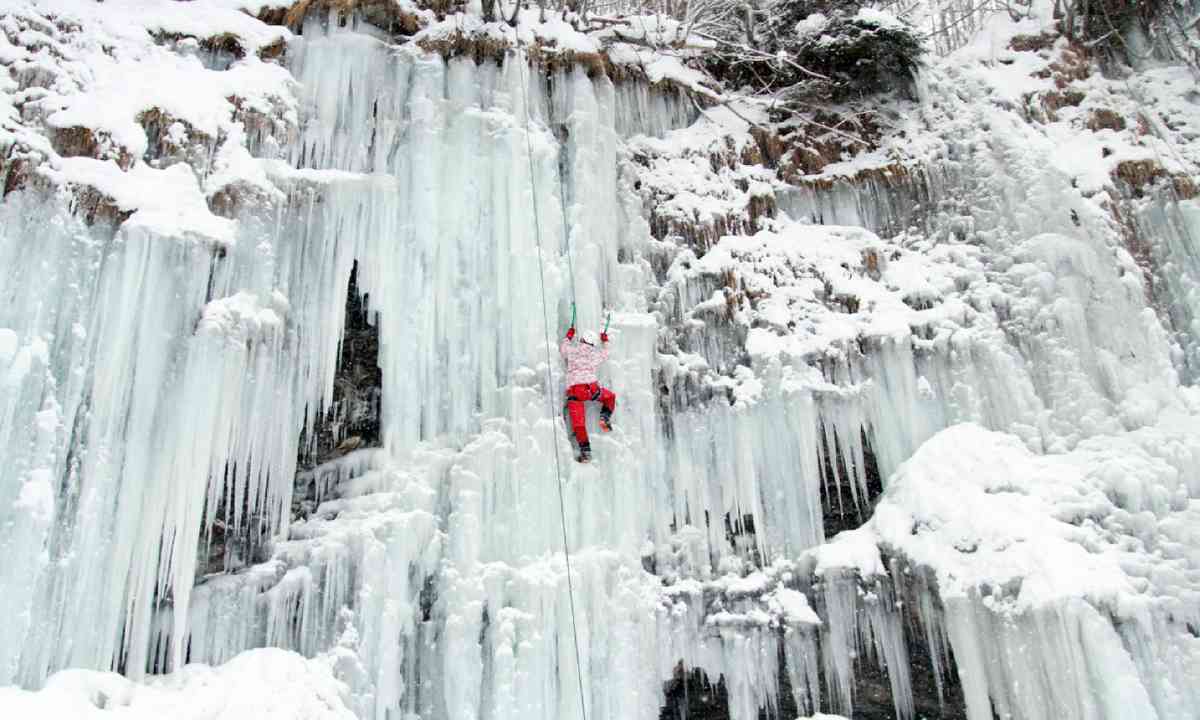 Events focus around a waterfall on the edge of town that freezes up each winter. Every President's Day weekend, climbers gather to scale it. A whole side-show of events are scheduled to keep everyone else entertained and a local micro-brewery sets up on site to help keep things interesting.

Situated alongside Canary Wharf tube station, the London Ice Sculpting Festival has to be one of the most convenient ice festivals in the world. Eight teams from around the world compete over two days to create the most artistic and unusual works. 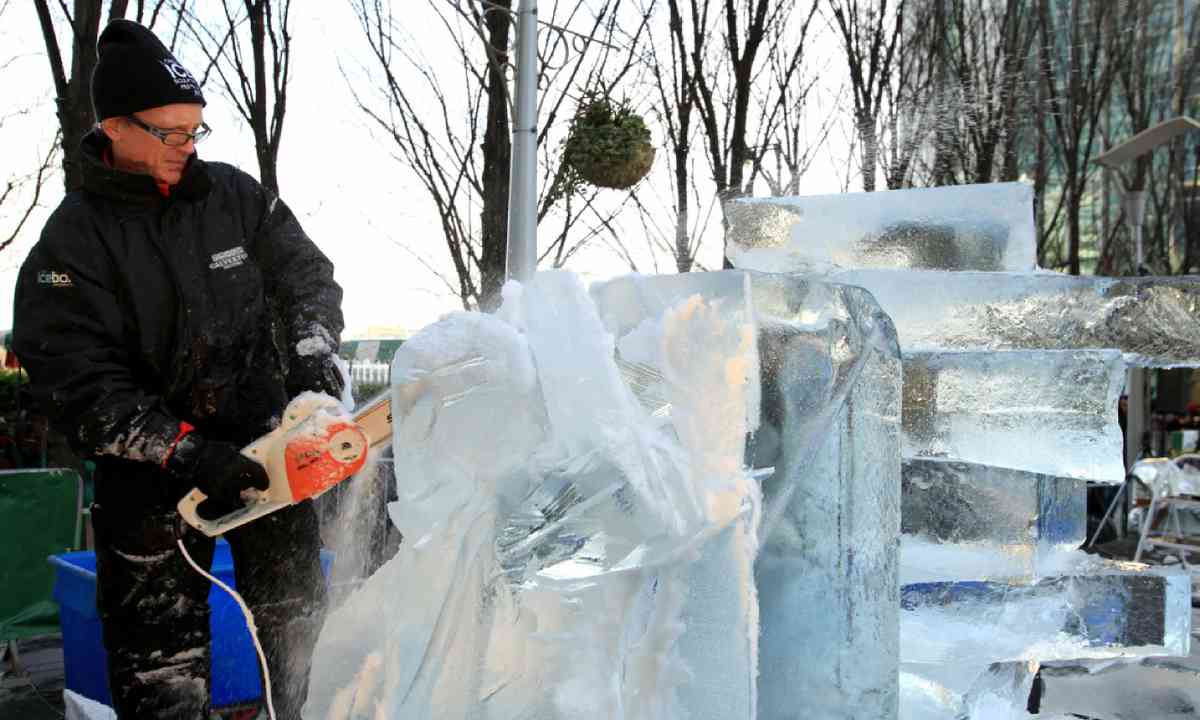 There are also ice sculpting classes for those who want to try their hand at carving out their own frozen masterpiece. Montgomery Square will be turned into a snow pit for the kids to make snowmen or snow-castles, whatever the weather, with real snow.