Stroll along coastal paths to discover these little-known beaches around South West England. With their beautiful scenery and crowd-free coves, they make for a great day out this summer...

1: Land's End and the Lizard, Gwynver 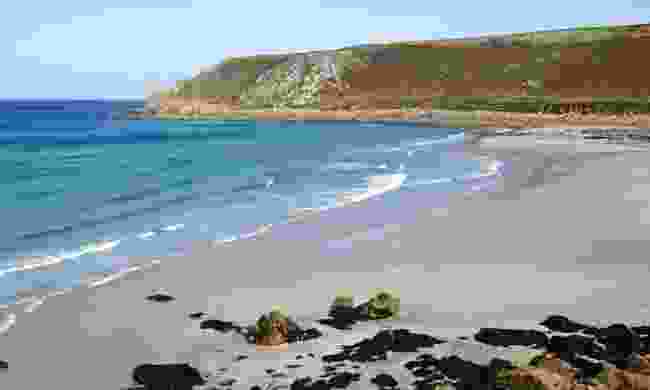 A wide slice of golden sand that has plenty of places to sit or stroll (even at high tide), Gwynver makes a peaceful alternative to next-door Sennen Cove. Just across the water from Land’s End, it offers stunning views of its noisy neighbour and Longships Lighthouse over Whitesand Bay.

It’s certainly isolated. Even getting to the nearest shop and toilet requires waiting for low tide and then walking across the sands to Sennen.

Take the A30 towards Land’s End. Then on a left-hand bend, just after the junction with the B3306, take the small road on the right. Bear right when the road splits after 100 metres or so, and keep going until you see signs for a car park. 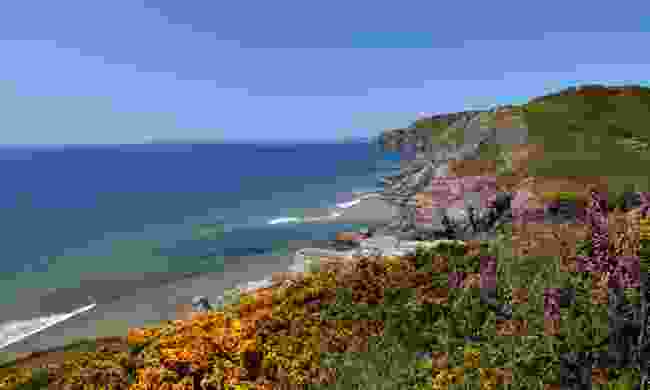 Sunset is the perfect time to visit this secluded cove, which sits beneath the looming crags of Bolt Head. Tombstone-like rocks dot the wide tranche of golden sand, casting shadows across its flat expanse as the day ebbs away, with rosy sunlight shimmering in the rockpools.

The beach is accessed from the coastal path. Our suggested walk takes in one of Devon’s most spectacular sections of coastline – which can feel fairly demanding in places – but those with children needn’t worry. The beach itself is only a short stroll from the car park.

Head south on the A381 to Malborough. Once you’ve reached the town, take the right turn signposted Bolberry. Drive along this road, following signs to Soar and then the Soar Mill Cove Hotel. The car park is situated on the left, just before the hotel. 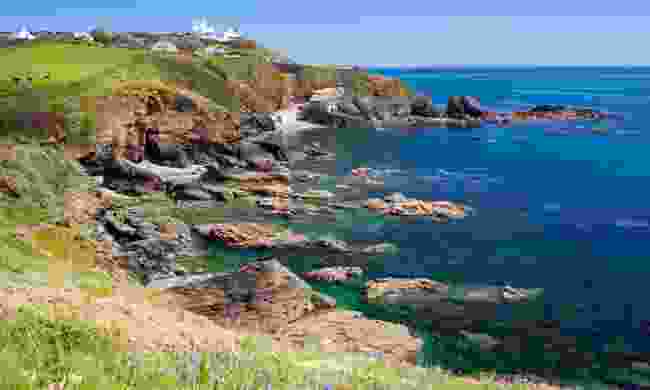 The walk we’ve suggested here, around the Lizard Point, is the longest for good reason. The full 15km route takes you around the most southerly parts of the British mainland, and past Kynance Cove – one of Cornwall’s most spectacular and popular coastal stretches. Housel Cove and Pentreath Beach are stunning alternatives to the people-packed sands of their near-neighbour.

At low tide, pretty Housel – located at the base of a steep valley – rolls out like a carpet towards the blue waters of the bay, while Pentreath rivals the famous surf spots of Fistral and Porthtowan in the amount of Atlantic swell that rears up before it.

Don’t let the length of our suggested walk put you off. The only hill worth worrying about is just after Church Cove at the beginning, and the rest of the route is flat. And, as you’re never more than 20 minutes from your starting point in Lizard village, you’re under no obligation to do the walk in its entirety. We recommend that you do, though…

Head south on the A3083 into Lizard village and park on the green in the centre (postcode: TR12 7NQ). 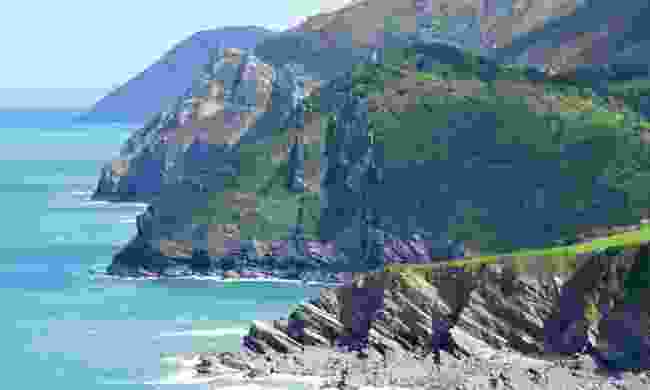 The cliffs along the Exmoor coastline, particularly those east of Lynmouth, are among the highest in the country. And this can lead to some long and arduous descents to its beaches. This is certainly true of Woody Bay, though this stunning stretch of shoreline more than compensates for any aching legs.

The beach is gorgeous at every level: densely wooded hills plummet down to huge rock buttresses, flat sandy plains and, finally, the Atlantic. The views are exceptional. Our suggested walk follows a leafy lane through picture-postcard cottages, and past moss-bordered waterfalls and ancient bridges down to the sea.

Head west out of Lynton on the road that takes you through the Valley of Rocks. Drive past Lee Bay and keep going along the clifftop road. Around 300 metres after the Woody Bay Hotel, you’ll see a parking area on the left where you can leave your vehicle. 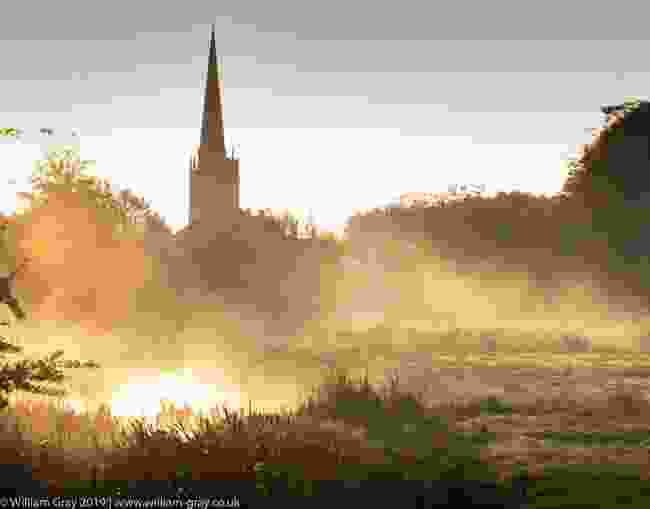 A wide crescent of sand, spliced in two by a mussel-crusted spike of rock, Fox Cove is the largest of the three inlets that sit between Treyarnon Bay and Porthcothan. Completely inaccessible at high tide, the beach reveals its smooth, butter-yellow sweep when the water retreats, and the deserted shore presents a glorious alternative to all the sun-seeking and sandcastle-digging going on at neighbouring Porthcothan.

Our suggested walk takes you along a gently undulating clifftop path and past the wave-pounded Minnows Islands. The only challenge arises on the final part of the descent to the beach. Watch your footing.

Take the B3276 south from St Merryn and, when you arrive in Porthcothan, park in the council car park. Charges vary, depending on the length of stay. 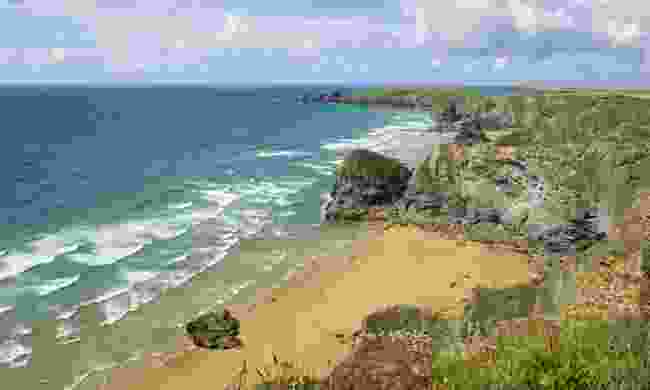 A secluded corner of the spectacular yet popular Bedruthan Steps, Diggory’s Island Sand is only accessible from the beach at low tide. To visit its arc of pale-gold sand at any other time requires following our suggested walk around Park Head, and watching your footing as you edge your way down to the deep-blue lagoons around its shoreline.

Head north out of Mawgan Porth on the B3276, and drive past the two car parks that serve the Bedruthan Steps. Continue along the flat road and, just as you start to go downhill, look out for Park Head car park, which displays a National Trust sign. 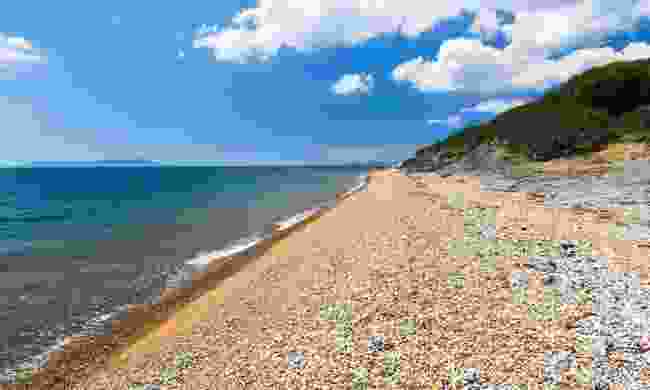 Quite how White Nothe Beach came to exist isn’t really clear. A small area of boulder-surrounded pebbles, situated to the east of Weymouth, it is little more than a collection of stones that happens to have accumulated in one place.

Our challenging suggested walk takes in part of beautiful Ringstead Bay – so, if White Nothe Beach has finally given in and returned to the sea by the time you get there, you’re guaranteed at least one pretty shore on which to pause. The walk also provides great views across Weymouth harbour to Portland, as well as of towering White Nothe.

Head southeast out of Dorchester on the A352 and turn right onto the A353. Go through Poxwell, then turn left onto the road to Upton and Ringstead just after the bend. Follow this all the way to the headland, over the cattle grid and into the National Trust car park. 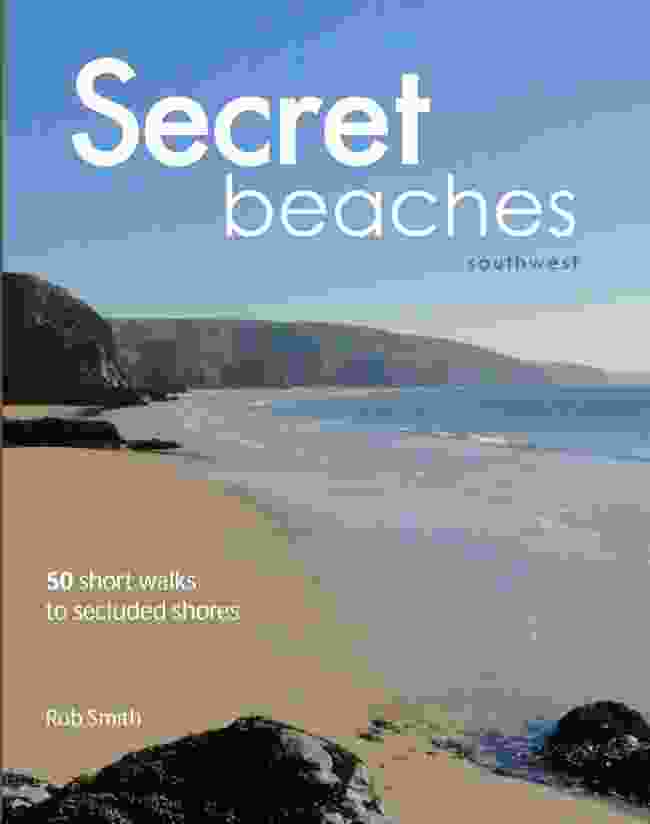 One of the reasons Rob wrote the book was to raise awareness of the terrible problem of marine litter being washed ashore – and forming the plastic islands in our oceans. He is also the founder of the Tidy Tourist campaign – a project to help keep Britain's beaches clean.