7 of the best walks in London

Canal circuits, South Bank strolls and park perambulations – these are some of the best routes to appreciate (or escape) Britain's capital city... 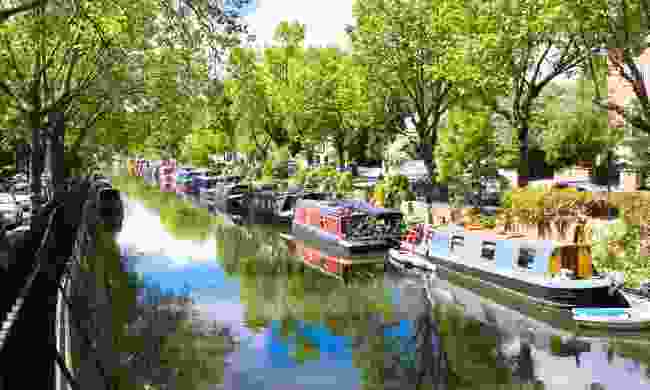 Regent's Canal makes for one of the most pleasant canal walks in London. Although an almost direct route from London Zoo to Camden Lock, this route is usually fairly quiet. It's an especially lovely walk on a sunny day when the canal barges and boats are more active.

Little Venice is situated a short walking distance between Edgware Road and Warwick Avenue, so starting at Camden may be easier. Although, for those that like their street food, Camden is the better destination for a bite after your jaunt.

It's an easy walk, about two miles, which makes you feel like you're on the towpath of some countryside canal, rather than in the midst of the cosmopolitan capital. 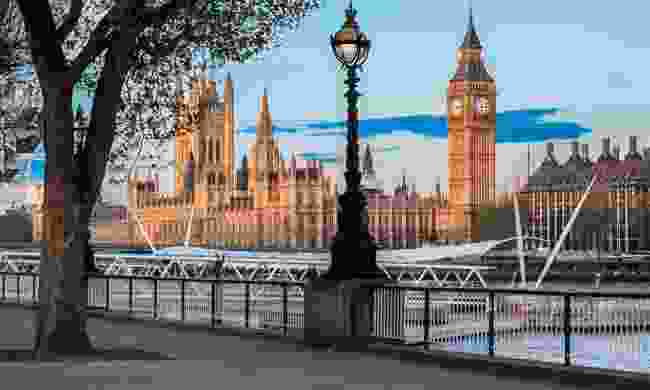 There's something magical about South Bank at sunset; it could be the Victorian lamp-posts glowing above the Thames, the dramatic architecture of Westminster lit up from below, or the views of Tower Bridge. The concrete block that is the National Theatre becomes a colourful beacon of culture, and dark cranes on the skyline fade into the silhouetted cityscape.

When night falls, the South Bank quietens down, the attractions close, and it becomes a place to appreciate the beauty of the city without the throb of commuters and tourists. And in the rain? Well, that's the time to appreciate the most recognisable sights of the UK capital in their most natural state. 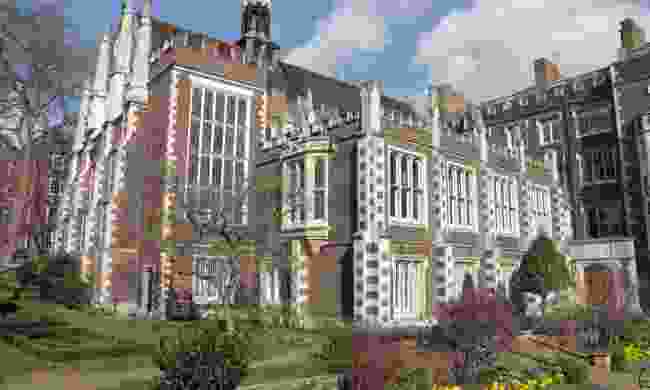 One of the four Inns of Court between Temple and Blackfriars, the three-acre garden is open to the public on weekdays. It has been developing as a garden since the 14th century, before which it was a mere orchard. You can still see the remains of the garden's history: the ancient orchard, the 18th-century iron gates and the Queen Anne sundial.

The garden is a home to many British birds – robins, thrushes and tits – bees, and several varieties of butterfly. But its largest patrons are the flowers: tulips, poppies, geraniums, dahlias and snowdrops, to name but a few. It really is a thoroughly British garden, a 'haven of tranquility', and bushes practically burst forth in bloom.

The paths are tree-lined and peaceful, purple-bordered by bluebells when they appear in spring. The manicured lawns are lovely for a sit-down picnic, and many of the paths are lined with benches to allow quiet contemplation and an appreciation of your idyllic surroundings. 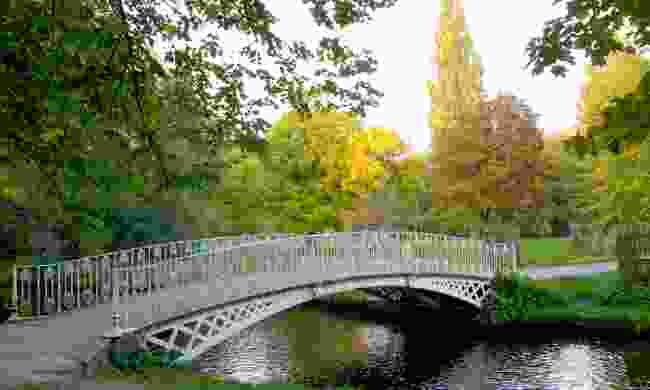 Built in the late 1770s, Morden Hall used to be a country estate, bequeathed to the National Trust in 1941. The River Wandle meanders through the 125-acre park, and is home to feathered friends such as cormorants and herons, along with around 100 other species of birds. Rarities include Redwings, Little Egrets and Firecrests. It's an ideal spot for bird watching, and also features over 2,000 roses.

Five minutes walk from Morden tube station, the park is open 365 days a year, pretty much all day, and has no entry fee – allowing you to explore the tree-lined pathways and unspoilt green expanses to your heart's content. Although right in the centre of one of London's more built-up areas, Morden Hall Park transports you to a quiet retreat away from the hustle and bustle. 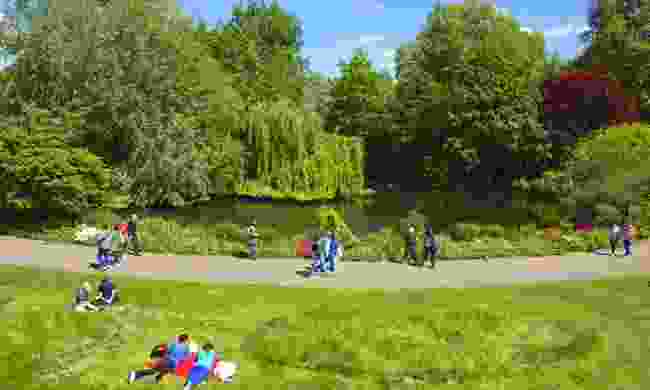 St James's can boast of being the oldest Royal Park in London and its close proximity to Westminster, St James's Palace and Buckingham Palace.

It's a great place to engage with British wildlife that has become accustomed to human presence (squirrels will eat from your hand if you're patient enough), and of course see the park's most famous residents: the pelicans. It's not the quietest of walks– St James's Park is one of the busier, touristy places – but it's still worth it.

The views of the iconic fountain welcome you into the park, as do gigantic weeping willows – it's hard to believe it was once a muddy swamp. 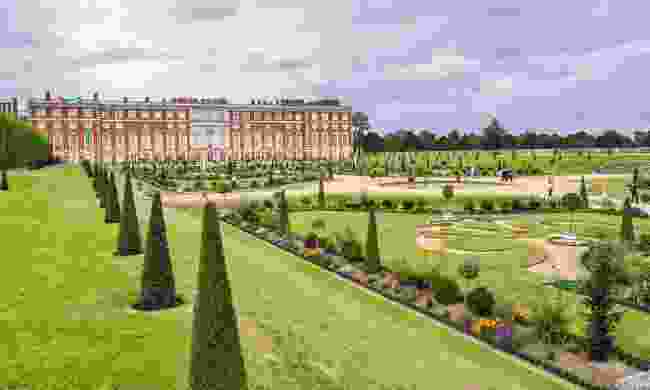 From the Tudor architecture of Hampton Court Palace to the spectacular Albert Bridge, there are so many amazing spots to distract you as you wander along the Thames. Pick up a map of London, decide where you want your walk to start and end (to stroll the entire north bank is 23 miles, so unless you're looking for a proper trek, it's not recommended to walk the entire thing) and what you want to include.

Hampton Court Palace gardens are a finely trimmed, perfectly designed example of nature at its most cultivated. There's also the Amazonian growths of Kew Gardens, hidden among bushy woodlands, the verdant plains of Marble Hill House, Petersham Meadow for a truly British countryside and a view protected by Parliament since 1992, and the simplistic beauty of Syon Park. The route also has links with several other walks if you fancy a detour. 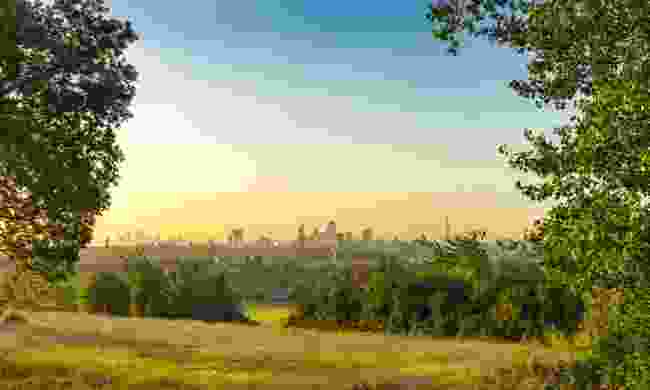 In contrast to the finely trimmed gardens of London's palaces, the enormous Hampstead Heath nature reserve offers a wild, untamed walking experience with great views across the city, which acts as a subtle reminder of where you really are. The Heath has over 30 ponds, huge bright rhododendron bushes bursting with colour, and a vast variety of wildlife.

It's one of the biggest green areas in London – over 791 acres of woodland and meadows. Open and breathtaking, the park offers an experience of England's wildness within the city. The reserve is home to plenty of wildlife, too; such as the largest pipistrelle bat roost in London, muntjac deer, terrapins and slow worms.

The top walks in the Peak District

These are the 13 top Scottish hikes to try

More things to do in England:

9 things you must do when you're in England

Random day trip? Here's 11 things to do in Southampton