Tom Fort travelled from the White Cliffs of Dover to Land's End in search of England's quintessential fishing ports. Here are his favourites

Crab sandwiches, cockles in vinegar, Cornish sardines straight from the grill, unctuous sole, prawns netted from rock pools, boiled and eaten in the fingers with a dash of cayenne, a slab of wild turbot, a plate of ever-so-slightly chewy squid – these were just a few of the incidental pleasures of a leisurely exploration of the English Channel shore from St Margaret’s Bay in Kent to Land’s End in Cornwall.

Wherever I went I made a point of eating the local fish and shellfish, and seeking out the people who did the catching and the spots where the fish boxes could be found.

Beforehand, I had assumed that commercial fishing along the Channel belonged more to history than the present. And it’s true, of course, that the great fleets of trawlers are no more. But at the same time, it was highly gratifying to discover that where the skippers have hung on and learned to conquer the paperwork and cope with the quotas and the concept of sustainable fishing, there is still a living to be made from the sea.

Here are a few of the spots where I lingered to chat with the blokes who follow one of the hardest callings there is, salivated over the incomparable glory of fish straight from the sea, or just watched and wondered. 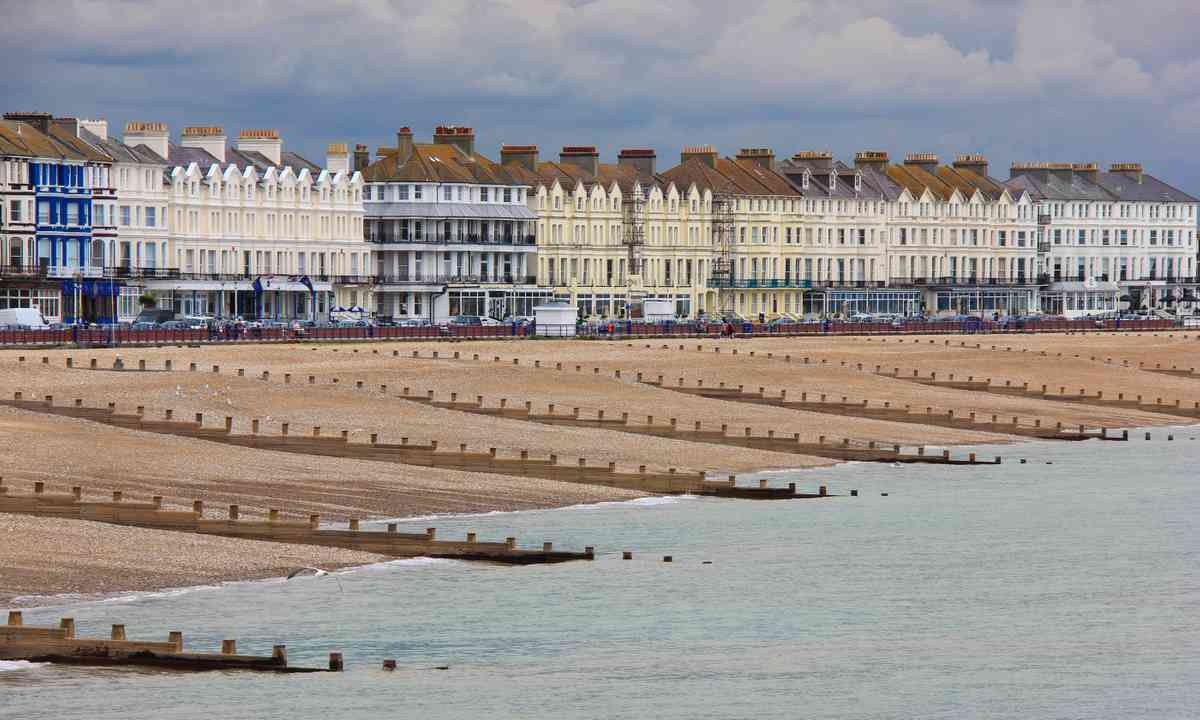 Better known for its tennis, its genteel promenade and massed ranks of flower and shrub beds, Eastbourne is also home – at a discreet distance from the smart hotels – to a significant fishing fleet. The boats service South Head Fishing, which turns over a million pounds worth of locally-caught fish and shellfish every year.

I met a team loading whelks onto a lorry bound for Kings Lynn for sorting and freezing, and destined eventually for South Korea. To be honest, I can live without whelks, but the fish advertised on the board – including Dover sole, brill, hake and cod – were another matter; and the prices were marvelously modest. 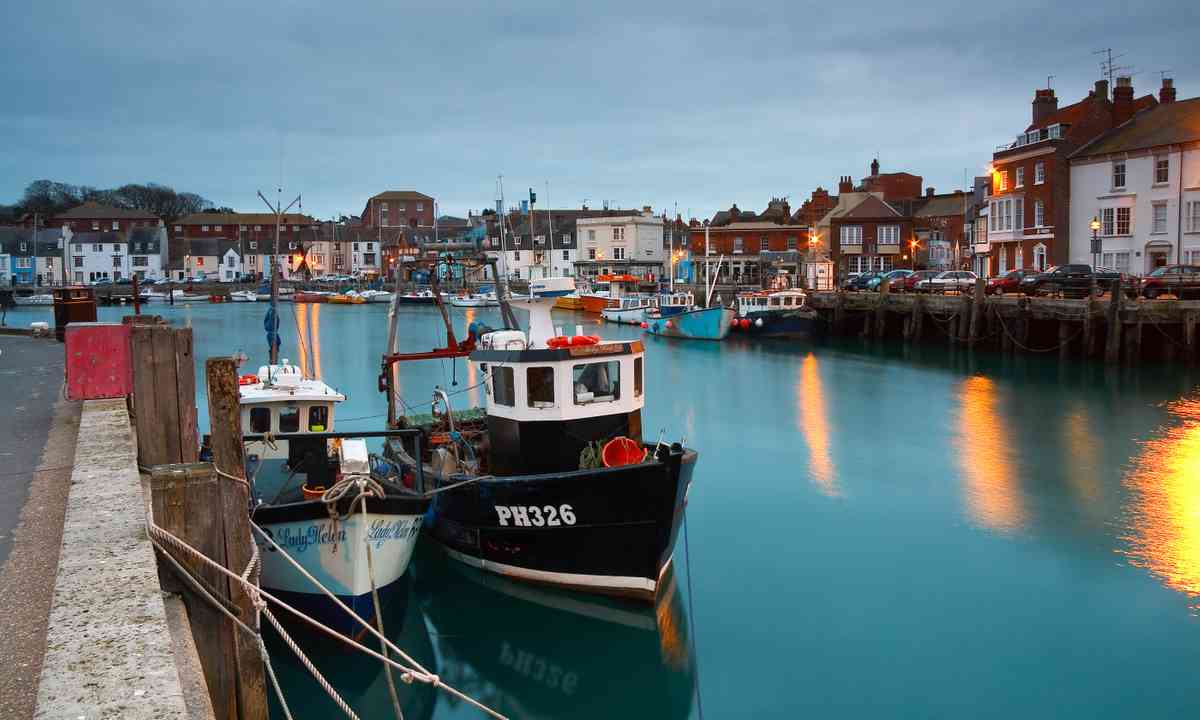 Weymouth is glorious. It has a lovely beach, the best-preserved Georgian seafront anywhere along the Channel, a fine old harbour giving shelter to proper fishing boats among the yachts, a fishing tackle shop AND a second-hand bookshop, plus a couple of first-rate fishmongers where you can buy the local catch. Around the corner, at Wyke Regis, is the Crab House Café where I was served the most gorgeous piece of turbot I have ever had the pleasure of scoffing. 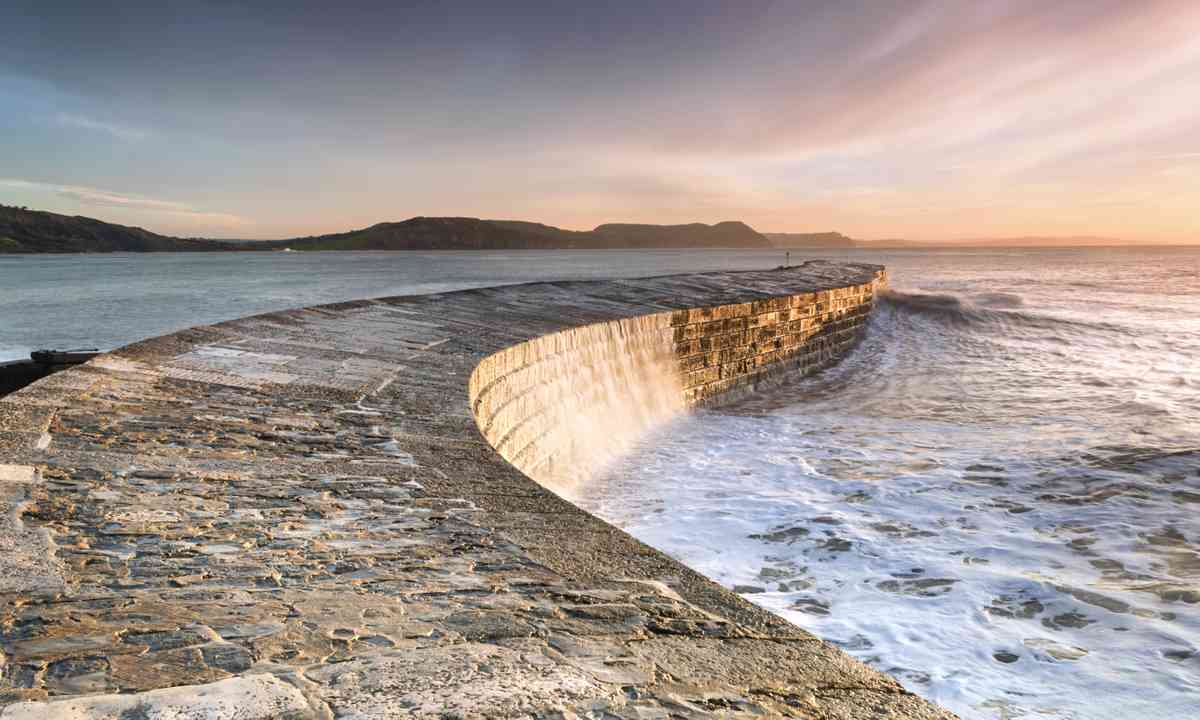 Lyme is a jewel of a place, and one of its chief glories is its harbour, The Cobb. One evening I sauntered along the curved wall to where the trawler New Seeker was unloading her catch. The vessel is newish, bristling with every kind of fish-locating technology, and represents a major investment and act of faith in the Channel’s fish stocks. In fading light men in slimy chest waders filled and stacked boxes of squid, ray, gurnard, black bream, the odd turbot and monkfish. 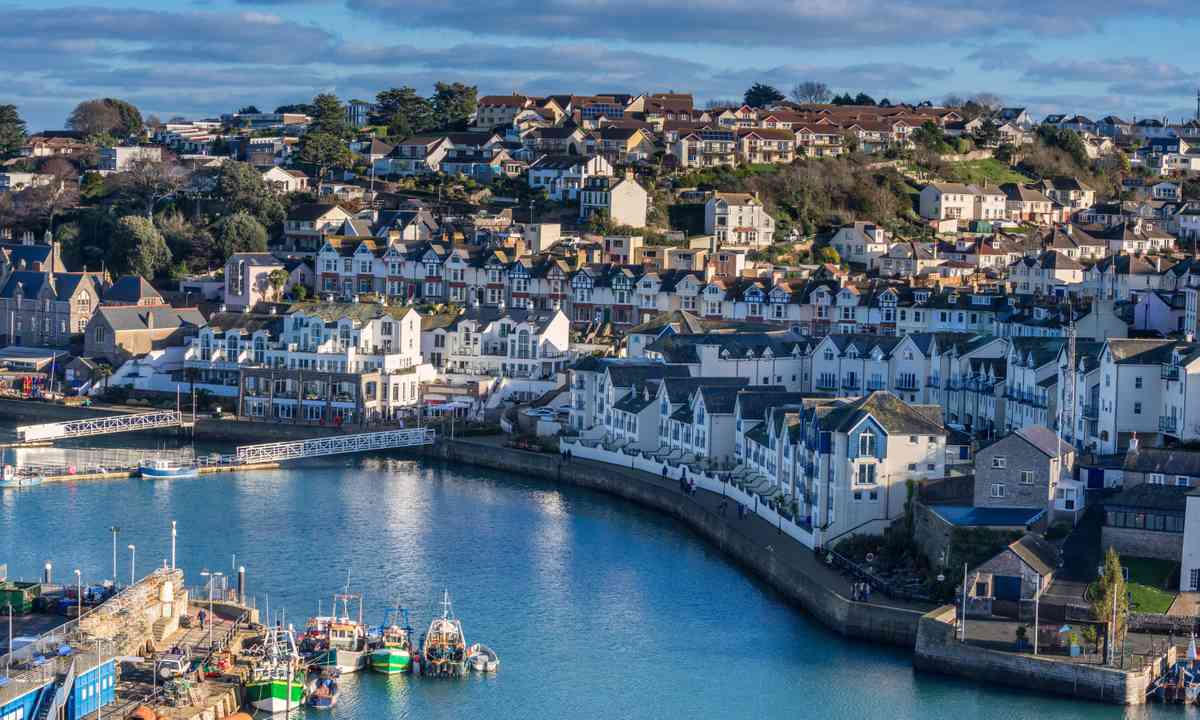 All Saints Church, Brixham, was getting ready for its annual festival of the Sea when I dropped in. The interior was hung with nets and ropes, buoys and anchors, pennants and chains. As well as models and paintings of fish, there were real fish – whiting, sole, gurnard and several heads of monkfish grinning widely.

A local trawler skipper, John Lovell, was organising the display – he explained that the fishing represented a huge part of the port’s history and heritage, and it was important to explain this to the children of today, many of whom thought fish just came in fingers. 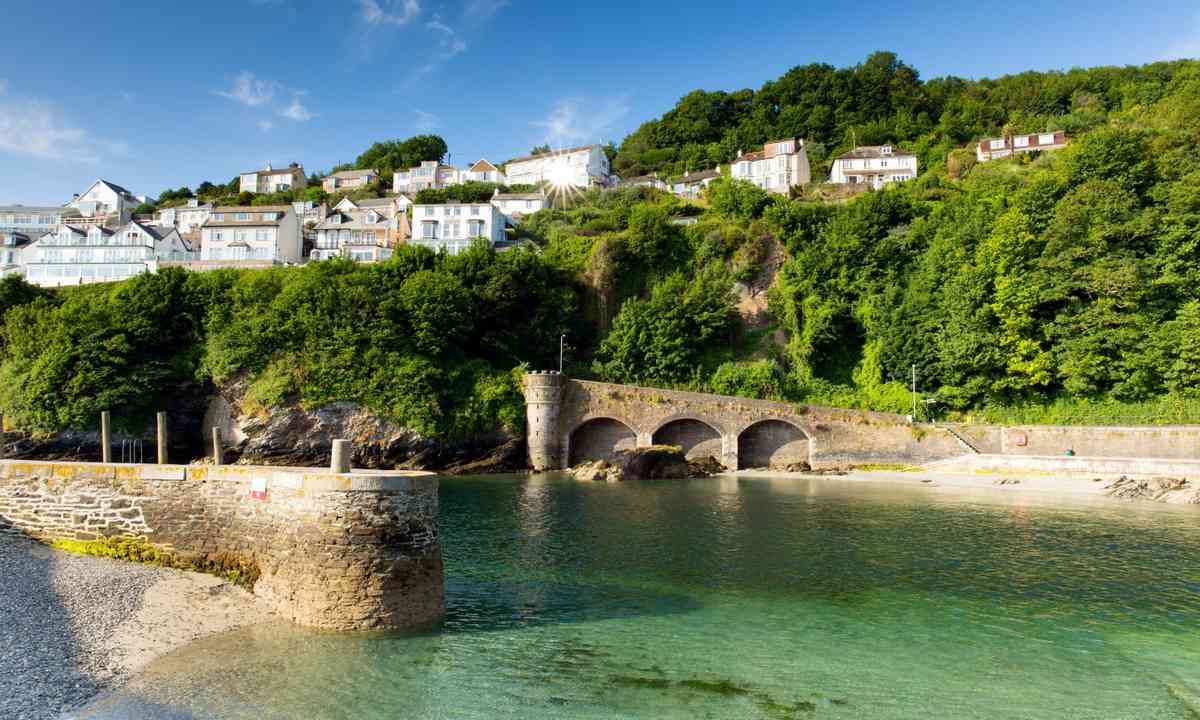 On the edge of Looe Harbour I caught up with Paul Greenwood, who has spent most of his working life fishing Channel waters from his own and other people’ boats, and has chronicled the good times and bad in two salty books, Once Aboard A Cornish Lugger and More Tales From A Cornish Lugger. He recalled the great days of pilchard and herring fishing, and the black day when the first Scottish purse-seiner arrived to herald the mass over-exploitation and near-destruction of the Cornish mackerel fishery.

A generation ago there were forty boats fishing out of Looe. Now there are fewer than a dozen – but those that remain are doing pretty well. Mackerel and Cornish sardines – the upmarket rebranding of what used to be known as the humble pilchard – are mainstays, as are crab and lobster. Prices are decent and consistent, due in a good part to the demand from pubs and restaurants for fresh fish to satisfy the tourist demand. 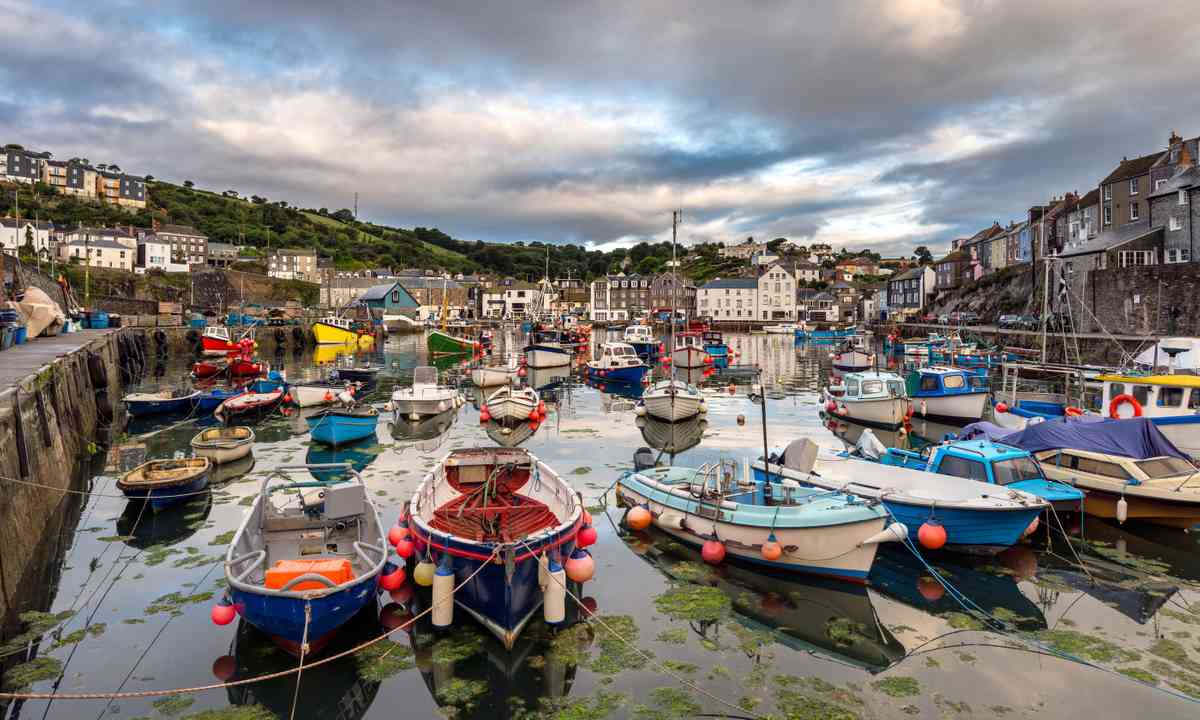 Mevagissey’s economy – like those of every other fishing village – is tourism dependent these days, but the place remains resolutely fishy nonetheless. You need to get to the harbour early, though, to talk to the fishermen, before it gets swamped in visitor traffic. I met one miserable old bloke who was boxing up his early morning catch of mackerel, and kept up a running commentary on how the place, the fishing the sea and everything else had gone to the dogs.

On the other side of the harbour a father-and-son team were taking on ice for an imminent departure; the son suspended shovelling for long enough to tell me that the catches were good – plenty of haddock, lemon sole, Dover sole, John Dory and monkfish – and that the sustained prices made all the difference. “I’ll never make a fortune,” he said cheerfully, “but so what? There’s more to life than that.” 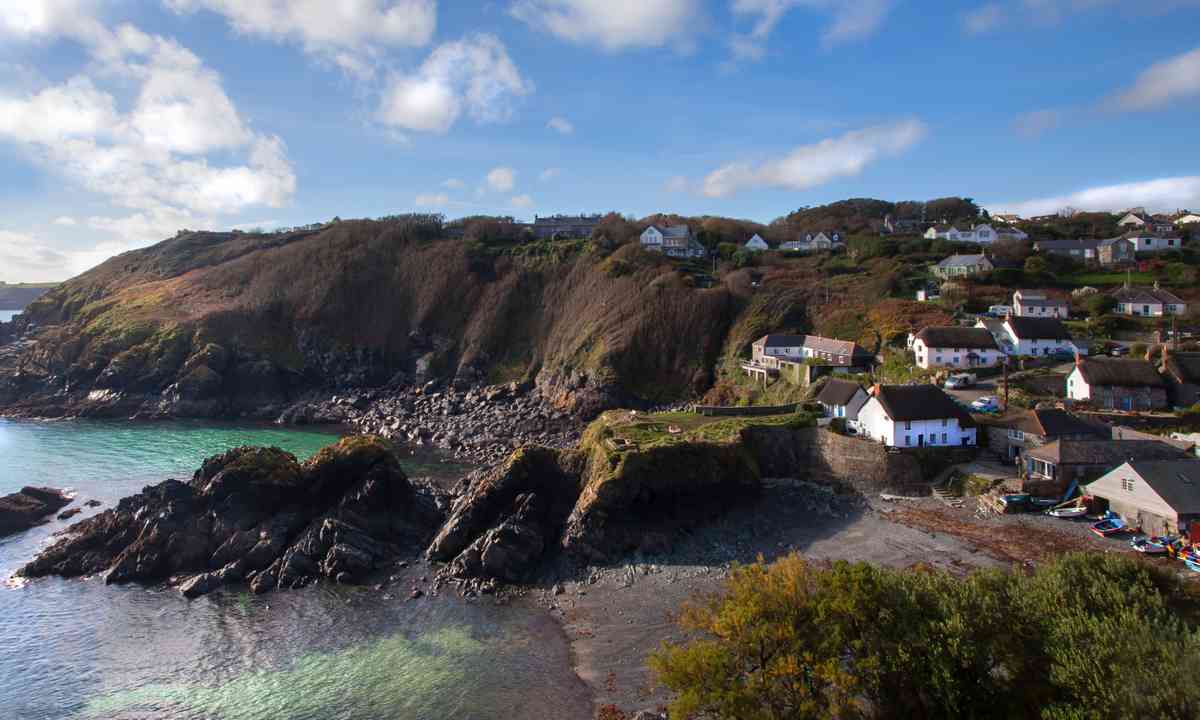 A few years back an excellent TV series called The Fisherman’s Apprentice was filmed in this absurdly picturesque huddle of old cottages near the Lizard. It featured a muscly ex-marine, Monty Halls, whose 'mission' was to show that, as an outsider, he could get to grips with the fishing life and make a living catching lobsters and crab.

In the end he found, not unexpectedly, that making TV films is – comparatively speaking – a doddle. But on the way he managed to reveal some of the secrets and tensions within a necessarily closed, inward-looking fishing community, and a good deal about the amazing hardness of the life.

The boats are still there, long after the cameras departed. They are squeezed onto the eastern portion of Cadgwith’s little beach, surrounded by pots and winches and coils of oiled rope and stacks of nettings and all the other paraphernalia of the fishing life. Behind are the cellars originally built for salting and storing the pilchard catch in the days when the multitudes of this little fish turned the sea dark. You find these in every Cornish and Devon fishing village – generally converted into dinky holiday lets.

Tom Fort is the author of Channel Shore, a book that recounts a journey along the English Channel shoreline from Dover to Land's End and reflects on the importance of this stretch of coast on the English and the English psyche. You can order your copy on Amazon now.