7 memorable dining experiences from around the world

Our featured bloggers, Shelley and Agri, reveal seven unforgettable meals from far-flung corners of the globe

For travellers, food is one of the most interesting aspects of visiting a new country. From souvlaki in Greece, to kebabs in Jordan to pasta in Italy to curry in India, food defines a country as much as the landscape and the people. Good or bad cuisine can make you want to stay forever, just to continue eating, or it can make you want to check out of the country earlier than planned.

We’d just arrived in Fort Kochi in the Kerala Province of India, and one of the things I was most excited about doing, was taking Agri to eat at Dal Roti – one of the town’s restaurants.

This got me thinking about all the amazing food I’ve eaten, in the 50+ countries I’ve visited, and there are definitely a few standouts that I still think about to this day. In fact, I want to go back to Sri Lanka just to eat at One Love Restaurant one more time.

Our most memorable dining experiences worldwide: 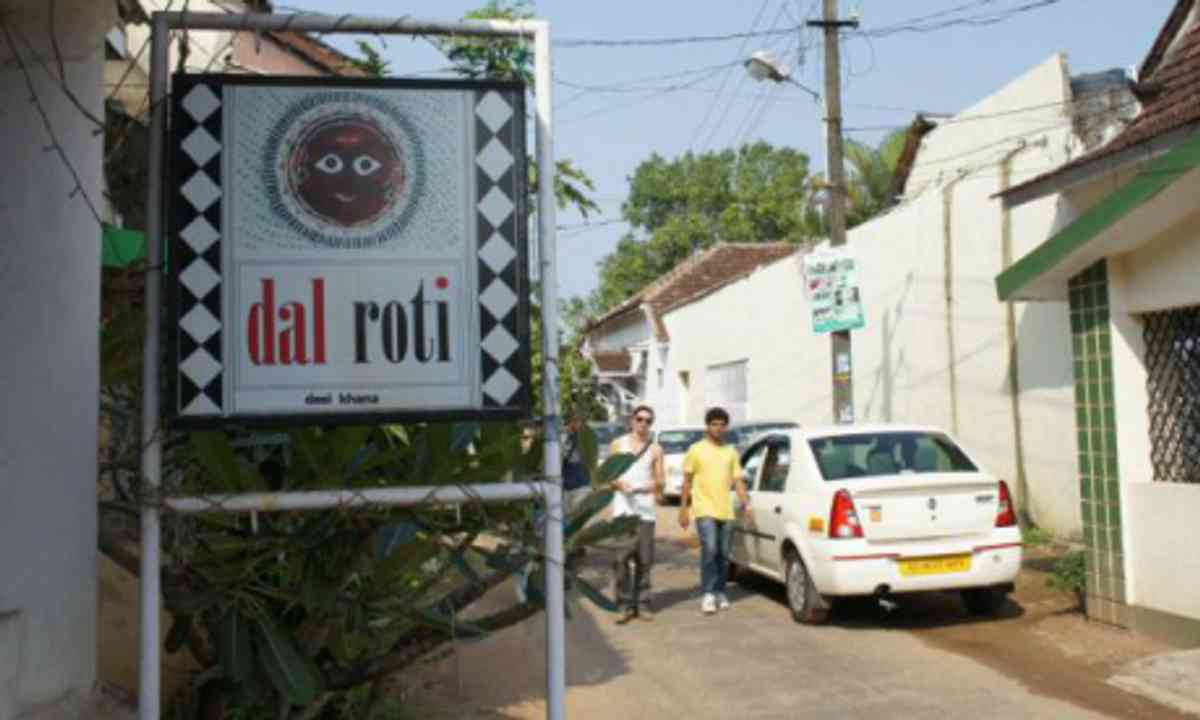 I’d had but one exquisite meal there 3 years earlier and I still remember it to this day. It was that good. Just try the Lachedar stuffed paranthas once and you’ll be a Dal Roti convert too. And I dare you not to think of the owner as an Indian Sean Connery. 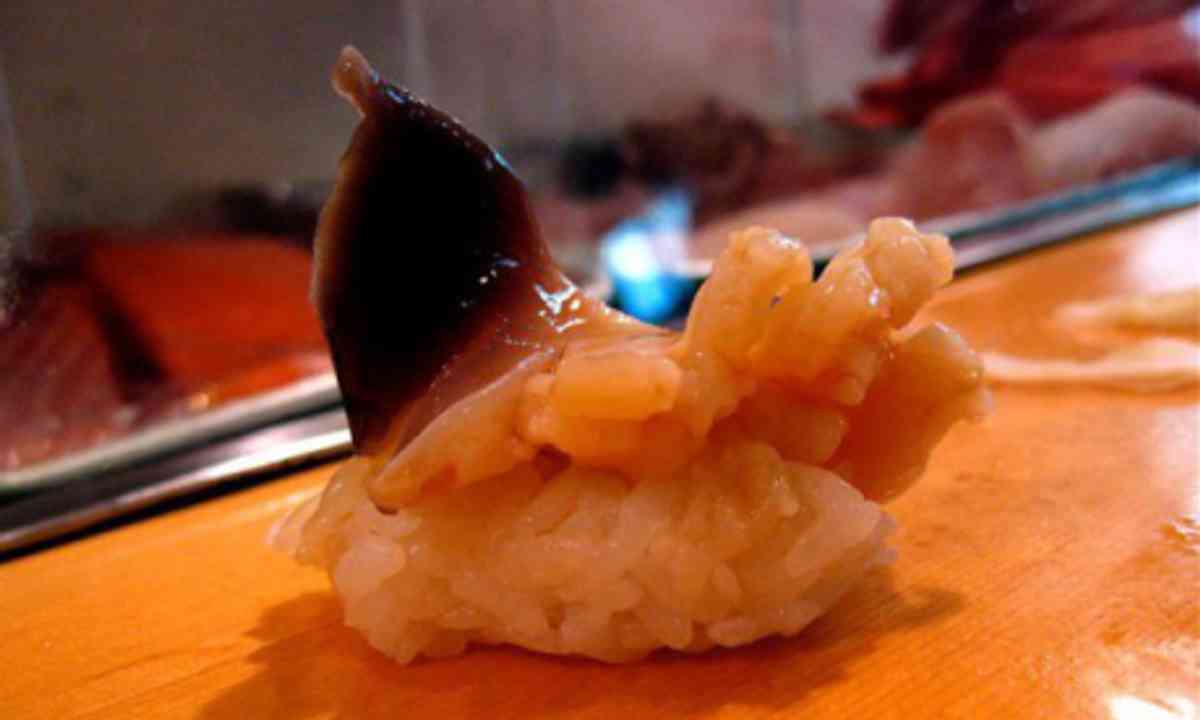 Located outside Tokyo’s huge Tsujiki Fish Market (where most of Japan’s sushi is bought and sold), we ate the freshest, most delectable sushi of our lives here.

After a 3 hour wait in line, we were finally given one of just 12 seats inside the sushi bar. Go for the Omasake – the “trust the chef” course, where the chef picks the best pieces of sushi for you. He’ll ask you if you eat sea urchin (no for me – it looks too much like brains, yes for Agri) and then start preparing the pieces one by one. There are no plates here. Instead each piece of sushi is placed directly on the bar in front of you. From fatty tuna to salmon to something (a mollusk?) that I couldn’t possibly have eaten anywhere else in the world, this sushi was definitely worth the 3 hour wait. 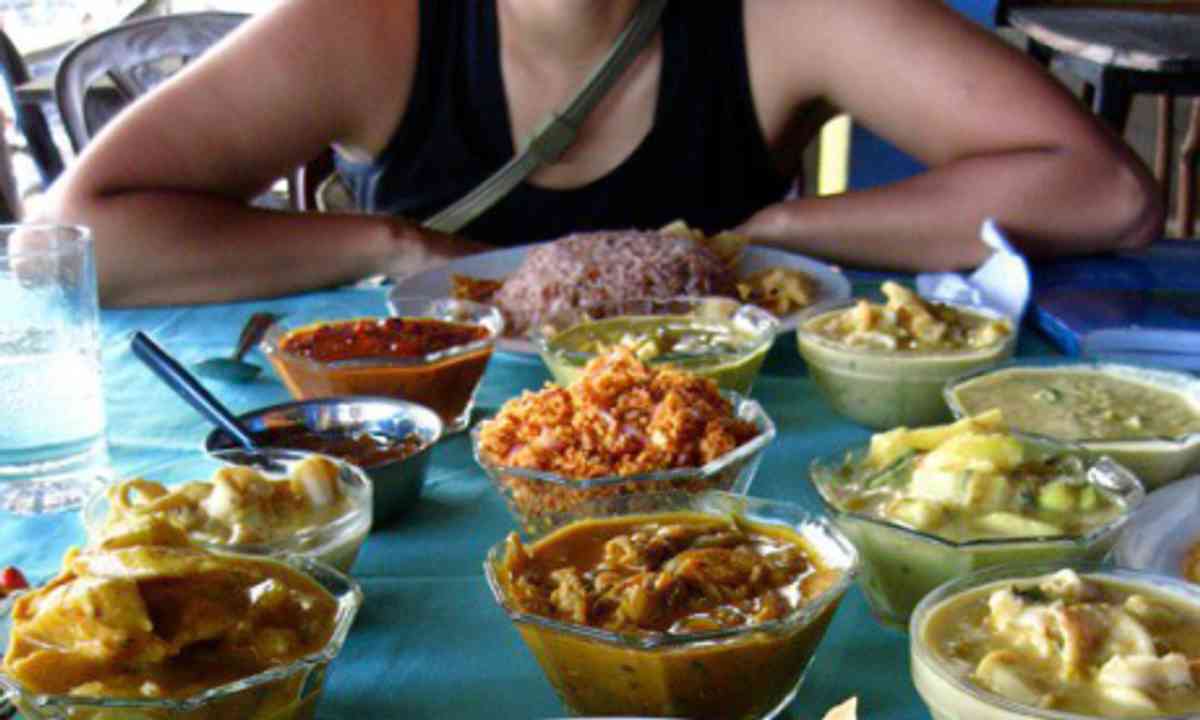 We visited Sri Lanka, right after the war ended, and stumbled into this amazing seaside restaurant in Unawatuna Beach. A family restaurant that uses recipes passed down from generation to generation, their calamari curry was a revelation. Spicy, coconut-y and creamy with huge chunks of fresh seafood, this is another dish that I dream about devouring again.

My only regret about this restaurant? Not signing up for their cooking class. 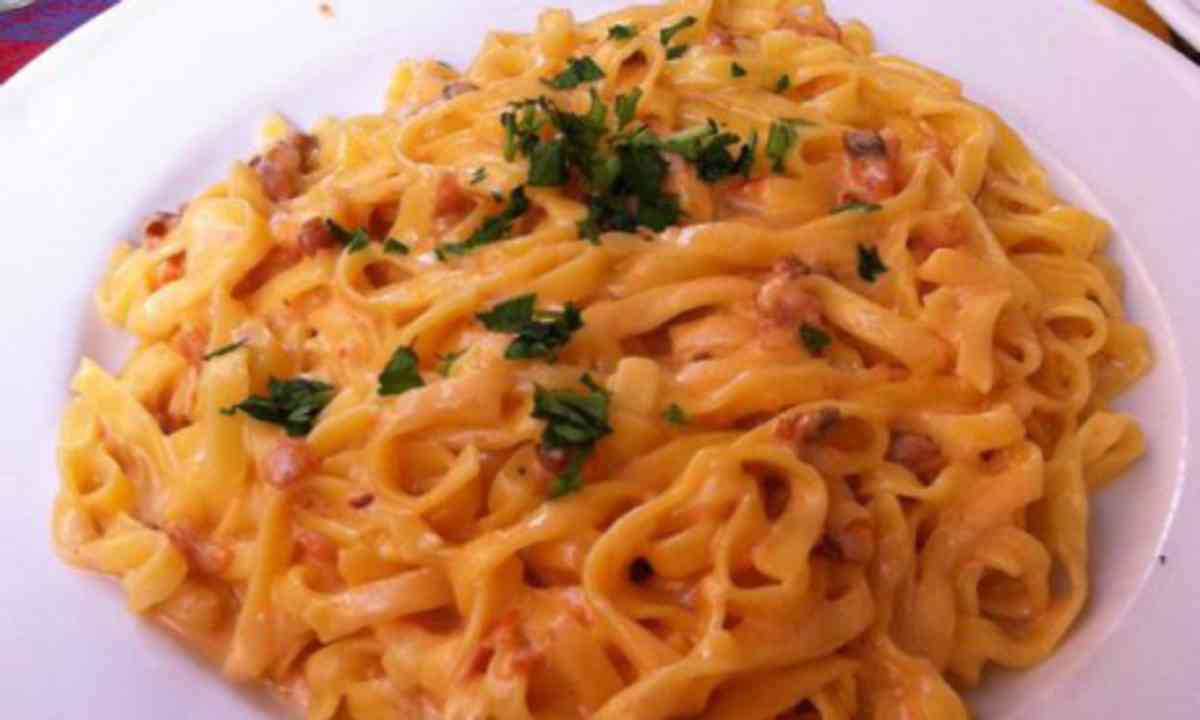 I’m not gonna lie. There’s so much amazing food all over Italy that the meals kind of blend into one. From pasta to pizza to seafood to gelato, everything is so fresh and so delicious, that it’s difficult to differentiate between all of the good eats. Sometimes though, there’s a dish that rises above the rest. And though we left Italy over 3 months ago, I can’t stop thinking about a certain salmon pasta I had at a simple neighbourhood trattoria near Agri’s uncle’s house in Porta Pia, Rome.

Creamy sauce infused with a subtle fishy flavour, tagliatelle cooked perfectly al dente and crispy bits of fresh salmon kept me consuming this dish long past when my stomach said no.

Fortunately, this is one place I know I’ll be able to eat at again. Thank goodness for family in Rome. 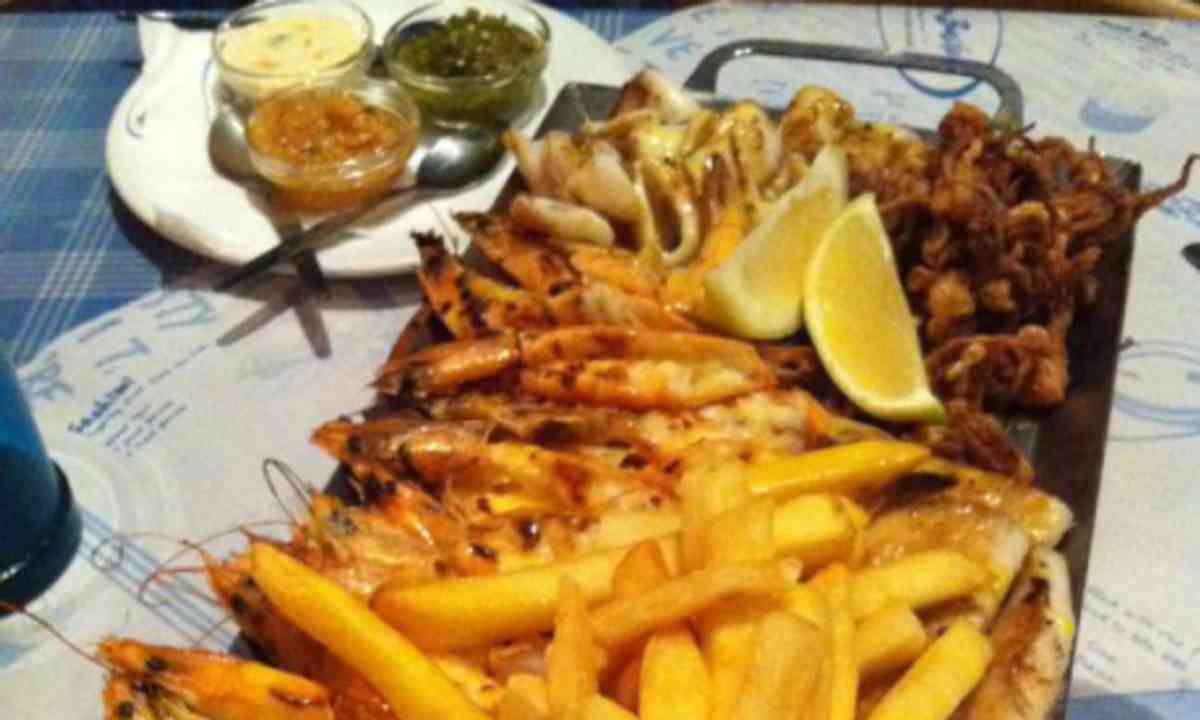 After months of meat, meat and more meat in Brazil, Uruguay and Argentina, our tastebuds were dying for the fresh flavour of seafood. So though we didn’t see any Southern Right Whales in Hermanus, like we’d hoped, we saw plenty of prawns, mussels and fish. On our plates, that is.

Ocean Basket isn’t fine dining and it’s not particularly unique either. In fact, it’s a restaurant chain that can be found all over South Africa. Still, the seafood platters were so yummy and affordably priced, that I wish I could head back there just to get my shrimp on, one last time. 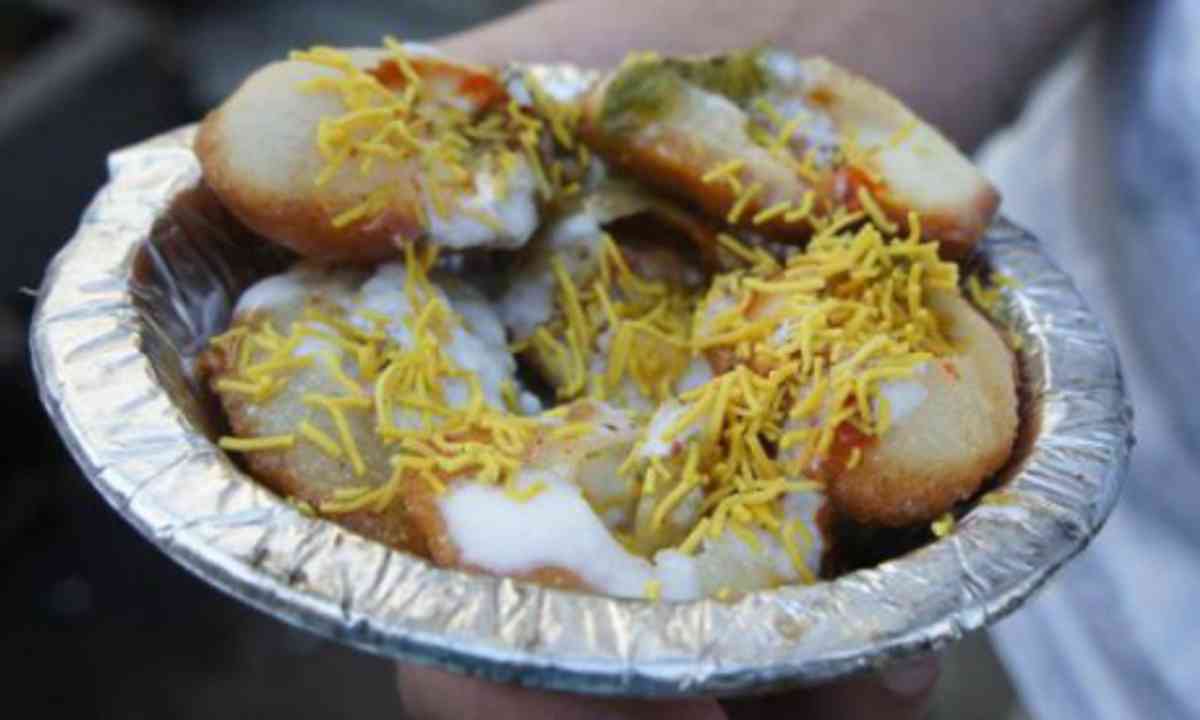 6. Pani Puri, on the streets of Udaipur, India

We walked by this strange looking Indian street food in the Lake City of Udaipur, and despite our apprehension, decided to give it a go. These light, crispy rice puffs covered with a melange of sauces and spices including chili oil, coconut milk, sweet cake decorations and tastes I couldn’t place, had our tastebuds bursting with fireworks of flavour in seconds. Salty, sour, sweet and crunchy all at the same time, it’s hands down, the best street snack I’ve had on my travels. Ever.

And at just 20 rupees a pop (40 cents), we should’ve ordered about 25 plates of this immediately. We didn’t, and I spent the rest of our time in India (5 weeks!) trying in vain to find the same thing. Pani Puri in Udaipur, I will munch on you again one day. 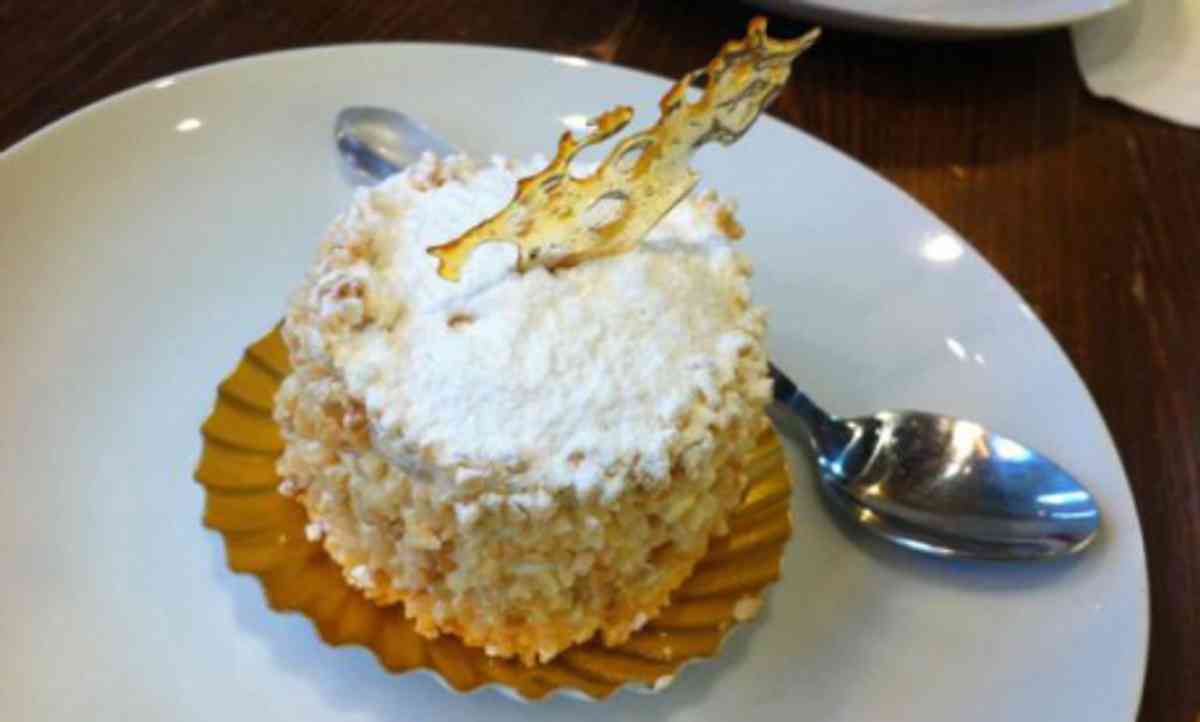 I’m ending this list with dessert, because every memorable meal should be capped off with a divine sweet. I’m pretty sure that the “Success” might be the greatest confection ever created. It’s so heavenly that the French don’t even bother with a dessert-y name for it. They simply call it Le Success.

A profoundly light and fluffy whipped creme, encased in 2 French macaroons, dusted with icing sugar and surrounded in nuts, I really could’ve managed at least a few more of these, despite the super high caloric intake. For me Paris will always be the City of Lights and of, The Success.

What are your most memorable dining experiences? Is there a meal you just can’t forget? Share your tasty travel tales below!

We named the blog “Travel-Stained” because we believe that there’s a big difference between traveling and ‘being on vacation.’ Being on vacation usually involves a comfortable bubble that is not so different from home. It usually includes chain hotels where service is very familiar, ‘safe’ dining experiences, guided tours to the most well-known tourist destinations and very little contact with locals outside of a service environment.