7 Incredible travel experiences in Peru that will enrich your life

Peru is rich in unforgettable experiences; from exploring rainbow-coloured mountains and ancient cities to witnessing the flight of the mighty Andean condor…

1: Soak up the colours of the Rainbow Mountain 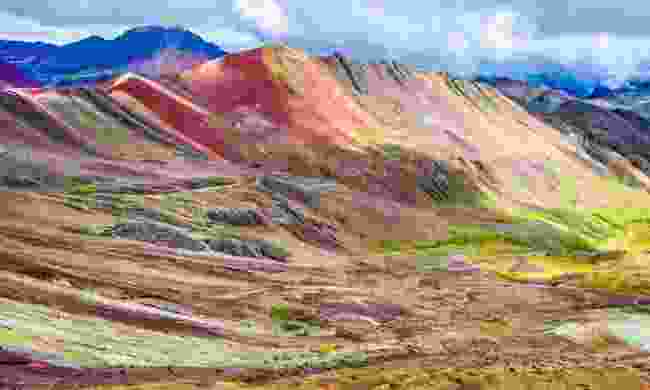 “Is that real?” is a common question from anyone seeing photos of Peru’s Rainbow Mountain for the first time. That’s understandable, given that the colourful stripes across the mountain look like they’ve been painted by a giant with a box of paints.

Mother Nature, or, as they say in Peru, Pachamama is responsible, though, the coloured stripes caused by geological activity, different combinations of minerals and oxidation, and weathering.

Many peaks in the Ausangate mountains, 100 kilometres from Cusco, are richly coloured, but Rainbow Mountain, otherwise known as Vinicunca, is the best known, not least due to it’s Instagrammable appearance, a massive slab of striped rock, from red and pink to lavender and turquoise. Getting there involves a high altitude hike, but the views only get better the higher you go.

2: Step back in time at Caral 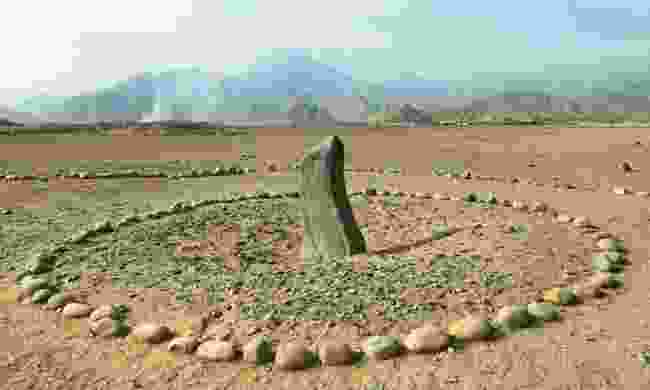 In the Supe Valley on Peru’s Pacific coast, archaeologists in the 1970s discovered that what had previously been thought to be natural formations were actually giant pyramids below the ground. A considerable amount of careful digging later, and the world was introduced to Caral, the 5000-year-old ‘Pyramid City’.

Caral is one of 18 ancient settlements discovered in the region, the 626-hectare archaeological site featuring six massive pyramids or platform mounds. It’s the most ancient city of the Americas, the capital of the Norte Chico civilization, and, according to the UNESCO World Heritage list, reflects the rise of civilisations in the Americas, making it a treasure trove for archaeologists, historians and curious travellers.

To explore the remarkably well-preserved city is to step back in time, and you’re likely to never look at a hill in the same way again.

3: Get a world-class forkful in Lima 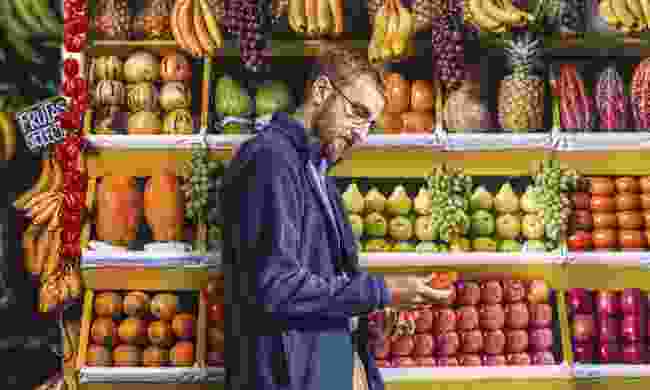 Peru’s joined the likes of France and Japan at the top of the list when it comes to the world’s most acclaimed cuisines. Lima, the Peruvian capital, is not only the country’s culinary epicentre, but it’s also known as the ‘foodie capital of South America’. That’s in no small part down to the likes of Gastón Acurio, a national hero and the chef behind Astrid y Gastón, and Virgilio Martínez Véliz, the man behind acclaimed Central, their restaurants frequently ranked among the best in the world.

From the ocean to the fertile Andean plains, Pachamama provides plenty of fresh ingredients, from fish and seafood for Peru’s famous ceviche to quinoa, guinea pig and colourful potatoes, much of which can be found in the capital’s colourful markets, including Barranco and Surquillos. 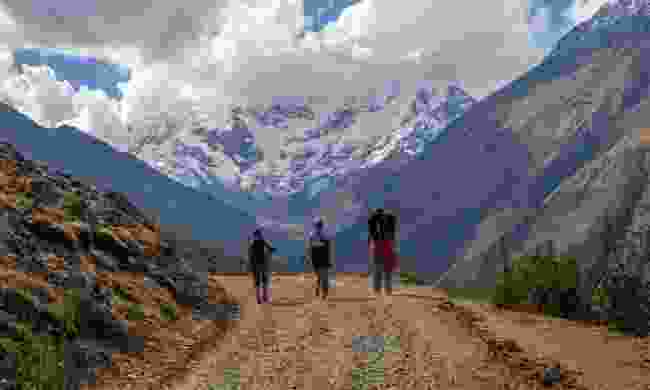 Walking in the Peruvian mountains (iStock)

Machu Picchu rightly has a place on most travellers’ Bucket Lists. But, as many Wanderlust readers know, it isn’t always about the destination, but the journey.

There are several trekking routes to reach the ancient Inca citadel, from the classic Inca Trail to the lesser known Lares Trek. My pick is the Salkantay Trek for the diversity of terrain.

Salkantay’s the highest peak in the Vilcabamba mountain range, part of the Peruvian Andes. You get a good look at it and other peaks, like Humantay, over the course of the multi-day trek, which starts in sunny green valleys and climbs up through ice and snow to the 15,253ft Salkantay Pass, then descends again into the warmth of lowland jungle, farmland and coffee plantations. The route also takes in Llactapata, an archaeological site uncovered by explorer Hiram Bingham, who ‘discovered’ Machu Picchu.

It’s possible to camp each night on the trek, though there are comfy lodges along the way, too. 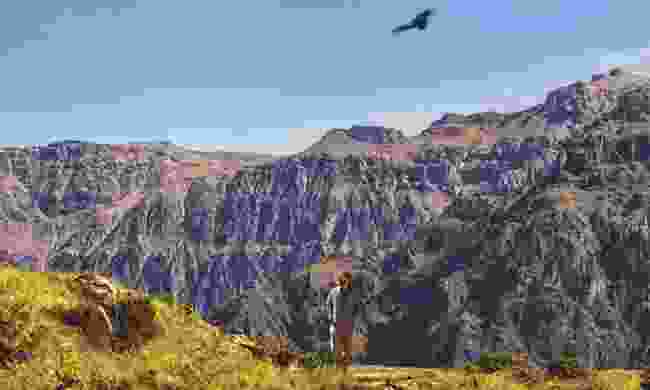 Watching giant Andean condors soaring over Colca Canyon is an experience any traveller - not just bird-lovers – will be sure to remember. The world’s heaviest bird, with a wingspan of up to 3.2metres, condors are sacred in Andean cultures, referred to as ‘Apu’, meaning ‘God’ or a ‘messenger from the other world’.

The massive river canyon, a three-hour scenic drive from Arequipa in southern Peru, is the best place to find them, with Cruz del Condor the ultimate hotspot, where Peruvian and international tourists gather with binoculars, cameras, phones and the naked eye each morning at dawn to witness condors rising up on thermals as the day and the canyon warms.

A UNESCO ‘geopark’, there are plenty of other reasons to visit Colca Canyon, too, including hiking trails around and down into the canyon itself. 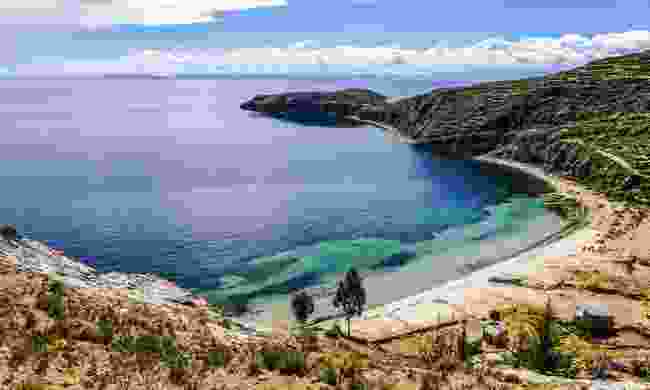 According to legend, the Incan empire was born at Lake Titicaca, and the lake continues to be of great significance to Andean cultures, including Incas, Uros and Aymaras.

At 165 kilometres long and 60km wide, Titicaca is the largest lake in South America (by volume) and, at 3810 metres above sea level, the highest navigable lake in the world.

Most boats leaving Puno harbour will stop at the floating Uros islands, where everything, from houses to cat-faced tourist boats, is made from reeds.

Other islands further out on Titicaca still have agricultural terraces sculpted by pre-Incan cultures. Staying on one of the islands is a highlight, such as Amantani, where locals greet travellers into homestays. By day, the deep blue of the lake glistens in the sun, but step out at night on this high altitude island, far away from civilisation, and the stars look bright and close enough to touch.

7: Take a ride to Kuélap 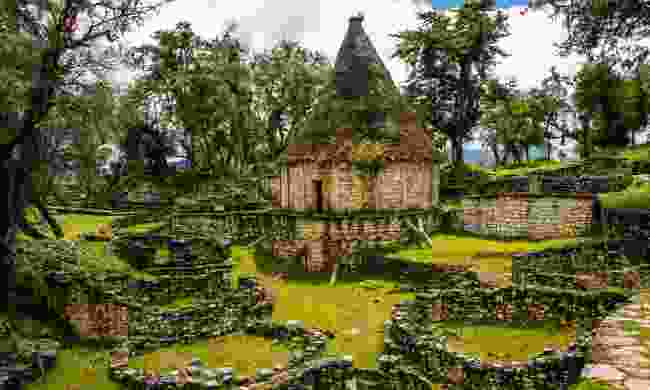 It’s been billed as ‘the new Machu Picchu’, but until 2017, Kuélap, in the northern Amazonas region of Peru, was little known. A new cable car, which opened this year, though, means it’s now far easier to access this impressive mountaintop fortress.

Constructed in cloud forest 3,000 metres above sea level on a ridge overlooking the Utcubamba Valley, the pre-Inca walled settlement is the biggest city built in stone in South America during the pre-Columbian era. Built by the Chachapoyas culture, known as the ‘Warriors of the Clouds’, it’s three times older than Machu Picchu.

New domestic flights from Lima to Cajamarca make it easier to reach the region, but it’s really the 2.5 mile long cable car that opens up Kuélap to travellers. Previously, it took a 90-minute road trip or a challenging 5.5-mile uphill hike to get to the city. Now, on one of the 26 gondolas, you just fly up through the mountains.

This article was supported by Promperú (promperu.gob.pe) but it is impartial and independent, just like all Wanderlust editorial.