Ecuador is South America condensed into a brilliant bite-sized package – it has the wildlife, the mountains, the rainforest and even the Inca heritage, all within easy reach. Don't miss these best bits...

Once a major centre of the Inca empire, Quito was razed to the ground in the 16th century: the Inca preferred to see it burn than fall into Spanish hands. The Spanish built a new city and, today, Ecuador’s capital is a UNESCO World Heritage site, with a beautiful colonial heart. 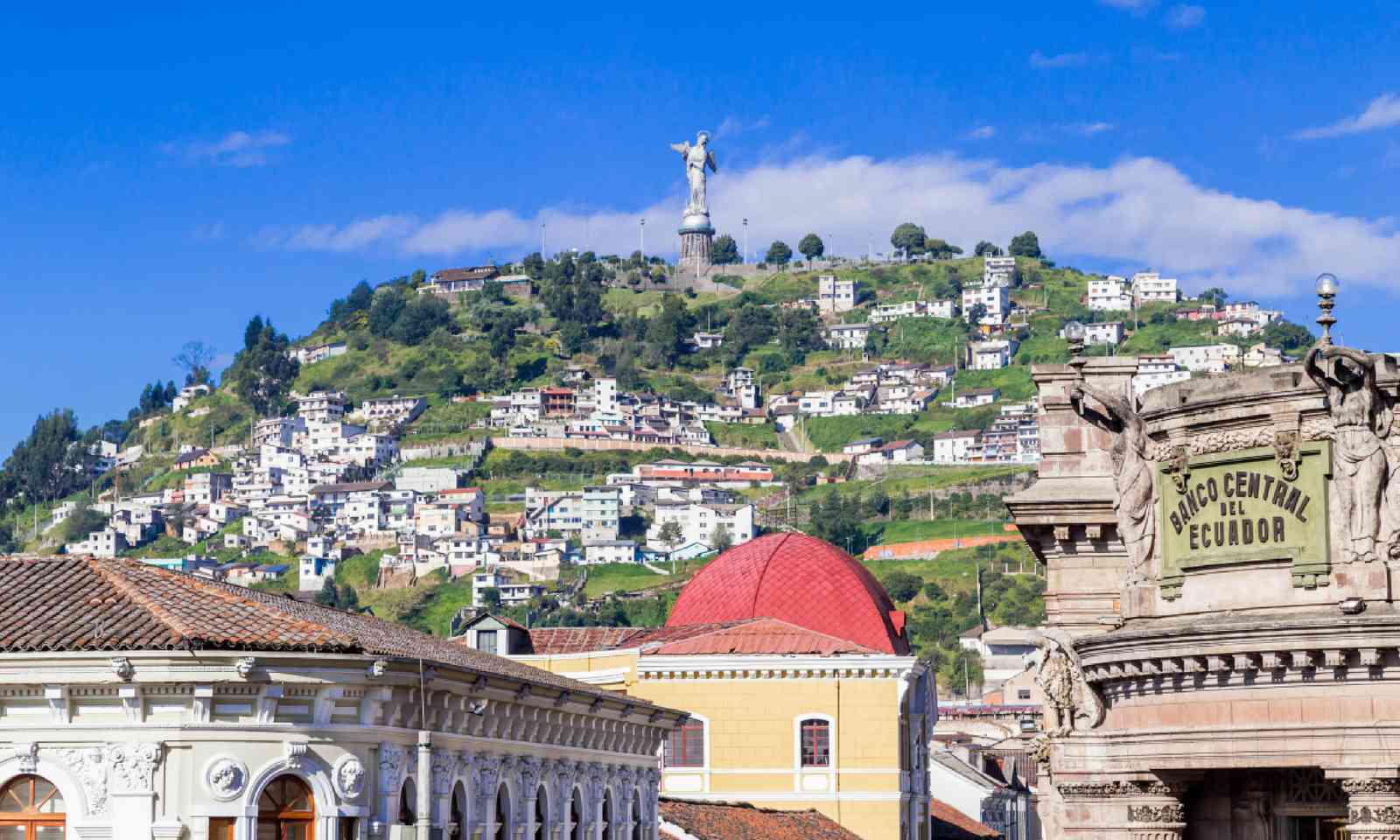 Sculpture of the Virgin in Panecillo Hill, Quito (Shutterstock)

Stroll the cobbled streets and atmospheric plazas of the old town, and nose into the churches, monasteries and museums. For spectacular views, take the teleférico up Pichincha volcano.

The Andes run the length of Ecuador. There are 28 volcanoes, many of which are active; ten are over 5,000m. The peaks are best viewed along the ‘Avenue of the Volcanoes’, between Quito and colonial Cuenca. Symmetrical, snow-capped Cotopaxi (5,897m) is Ecuador’s second-highest summit. Chimborazo (6,268m) is the highest and, due to its location near the equator and the planet’s curvature, the volcano’s summit is the farthest point on the earth’s surface from the earth’s centre. 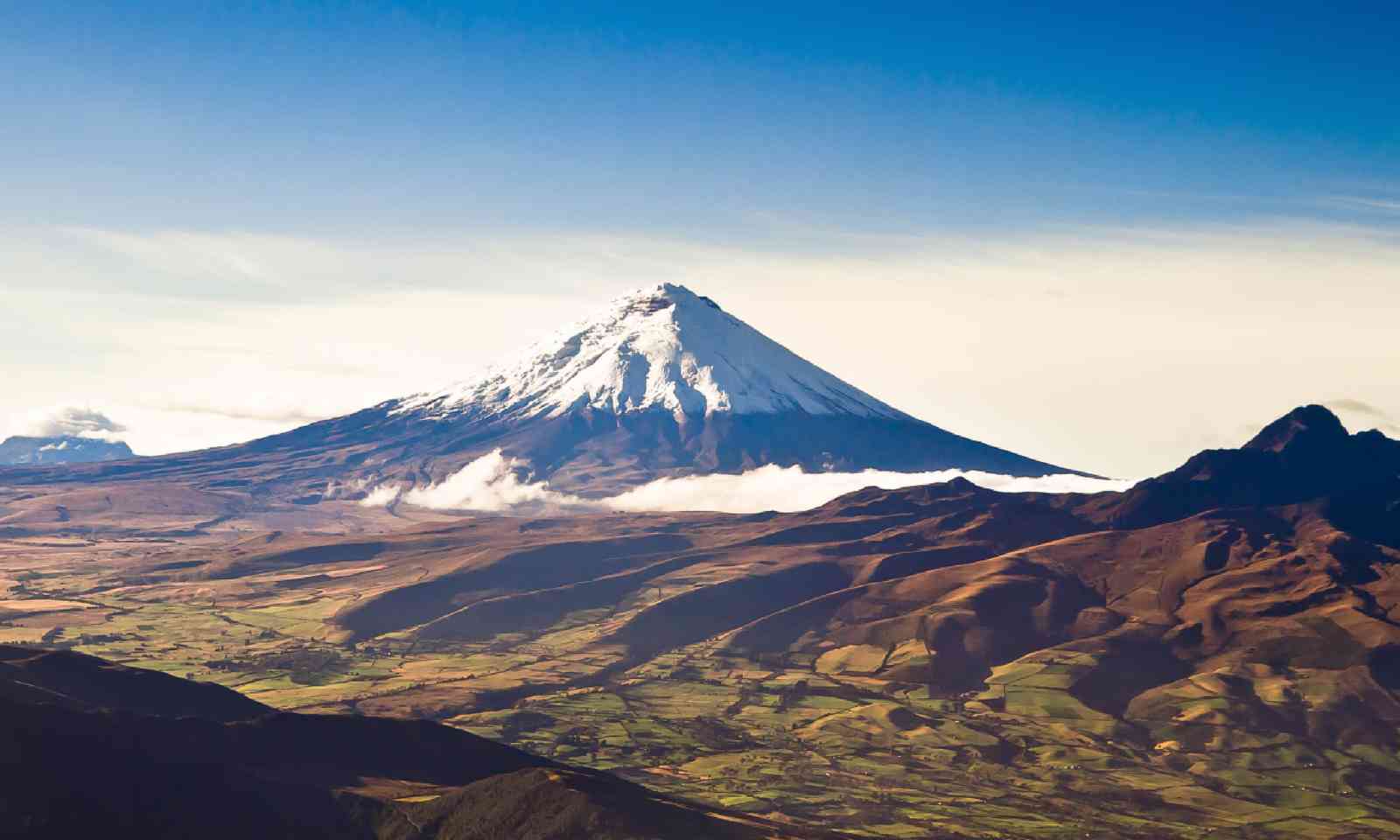 To the north of Quito, the town of Otavalo is a must-see. The Otavaleños are distinctive – many still wear native dress: the men in blue ponchos, white trousers and long pigtails, the women in white embroidered blouses and long skirts. The market here is famous, but there are other lesser-known indigenous markets the length of the highlands.

3. Venture into the cloudforest

Found on the steep slopes of the Andes, the cool and moist Ecuadorian cloudforest is home to a huge range of flora and fauna. Just two and a half hours from Quito, Mindo is the main base for exploring this habitat. It has accommodation for all budgets, from the simple to the gorgeous (Mashpi Lodge is the one that has critics swooning). 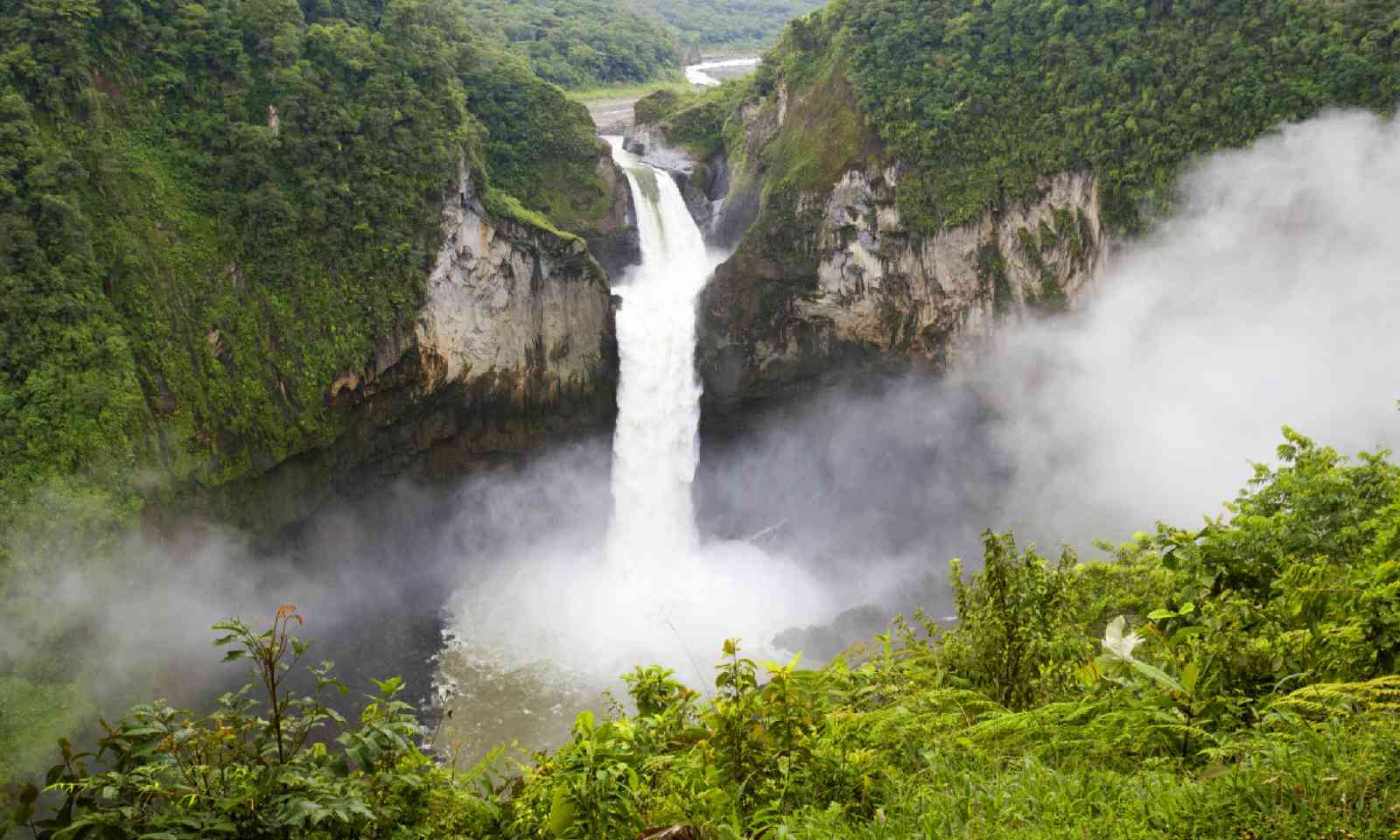 Walk, mountain-bike or horse-ride, keeping a look out for hummingbirds, Andean cock-of-the-rock and spectacled bears.

4. Go deep into the jungle

Known simply as El Oriente (the East), the Ecuadorian Amazon covers around a third of the country and is one of the most biologically diverse regions on earth, home to a wide array of wildlife. You can stay in some excellent eco-lodges, many of which are run by indigenous communities – try the Huaorani, Sacha, Kapawi or Napo Lodges. Alternatively, take a river cruise. 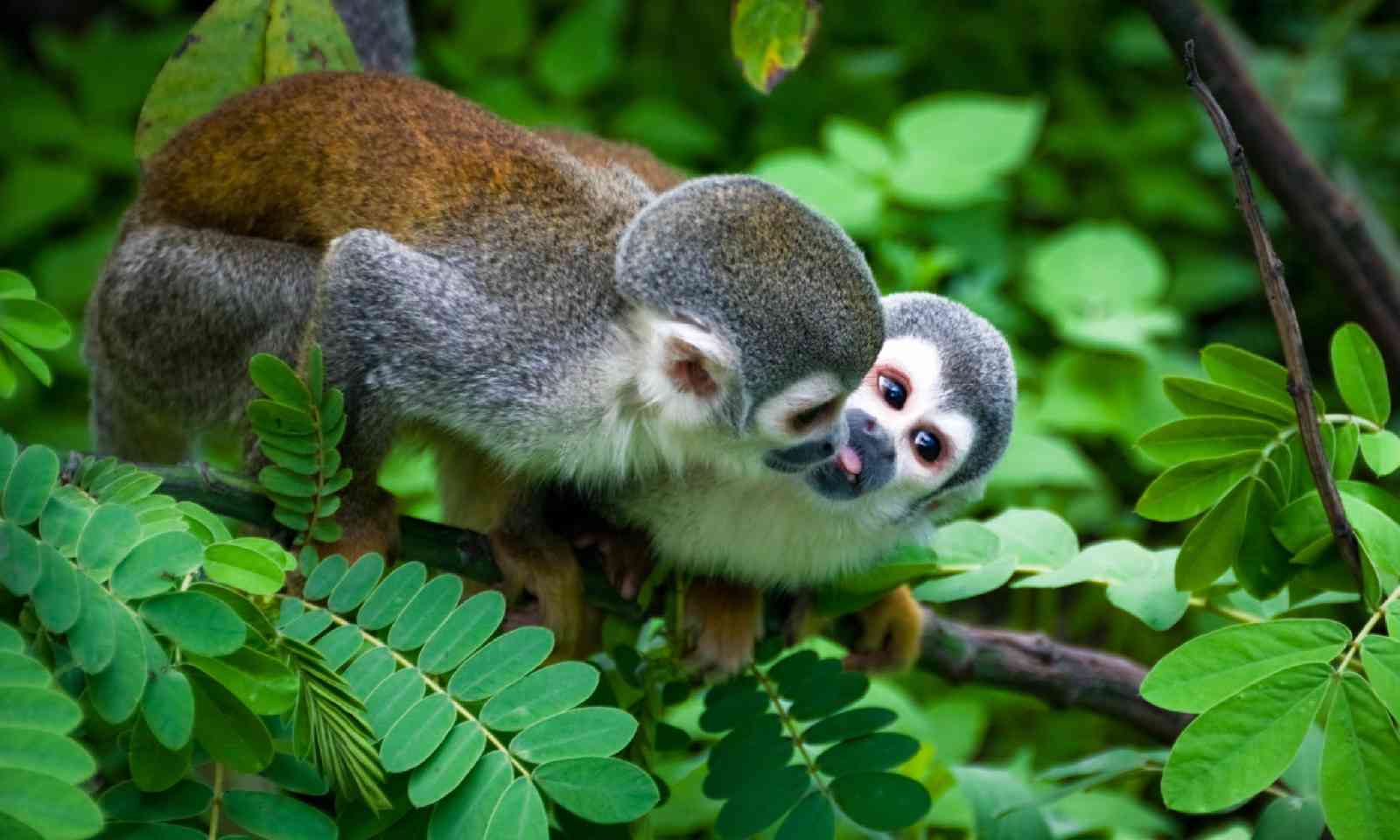 Squirrel Monkey in the Amazon (Shutterstock)

The wildlife can be frustratingly difficult to see compared with the Galápagos but with luck you will spot caiman, giant otters, river dolphins, monkeys and a huge range of birdlife. Some lodges have canopy walkways and watchtowers.

Step back in time by staying at one of the colonial haciendas that dot the Ecuadorian Highlands. Some of the character properties date back to the 16th century and offer a unique experience, as well as generally being a great base for walking and horseriding.
Hacienda Piman is a simple, historic house near Ibarra, with tasteful rooms combining the traditional and modern. Relax in the peaceful garden. 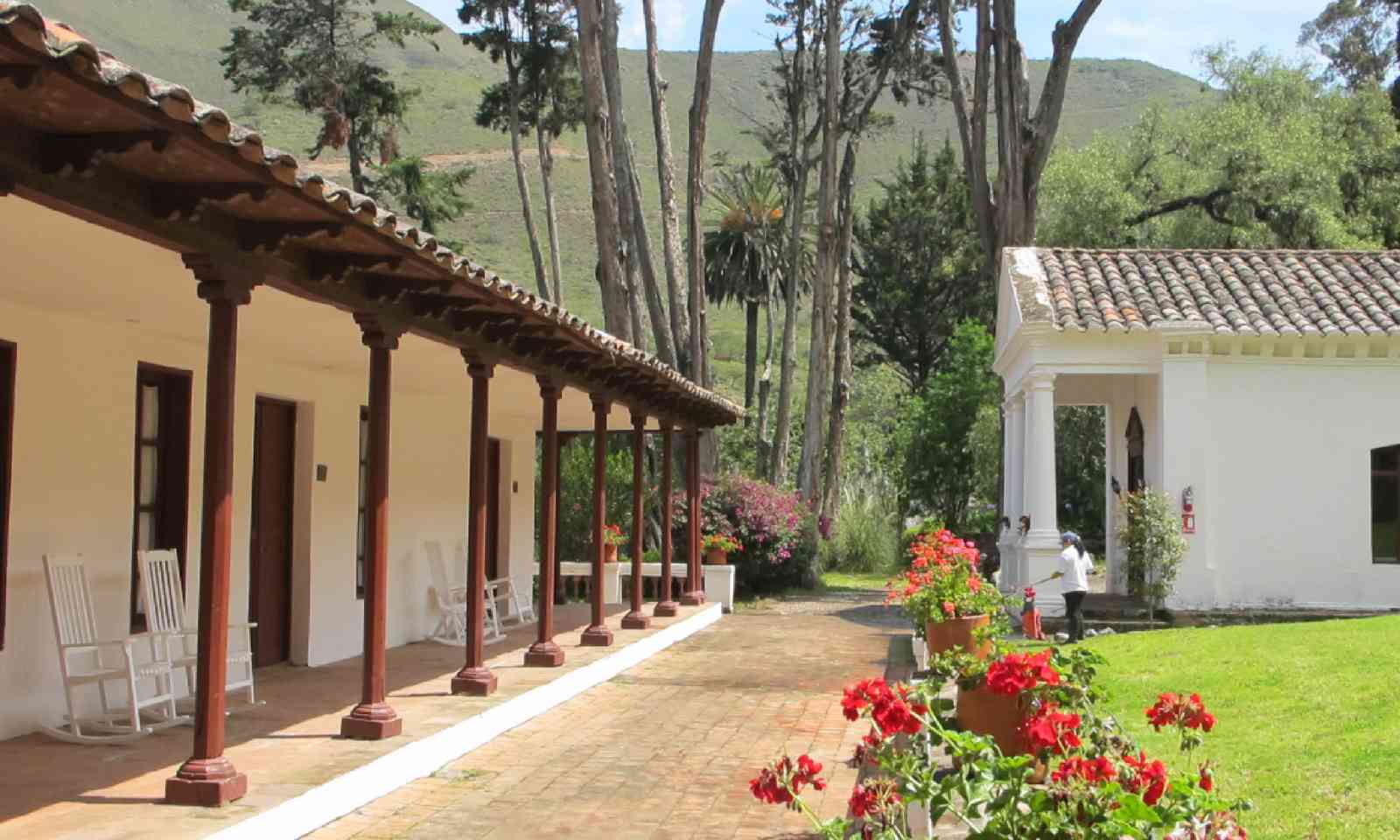 The family-owned Hacienda Zuleta near Otavalo is a particular Wanderlust favourite. Once the home of a former President of Ecuador, it’s a working farm that also boasts one of the country’s best preserved Caranqui archaeological sites (dating back to around AD 700) as well as great birdwatching and a condor project.

Ecuador’s rail tracks are gradually being restored and serviced by heritage trains, making for a unique experience within Latin America. The Devil’s Nose is one of the world’s greatest stretches of railway, tackling a series of hair-raising switchbacks through the Andes. This is part of the route covered by the recently launched Tren Crucero trip from Quito to Guayaquil. 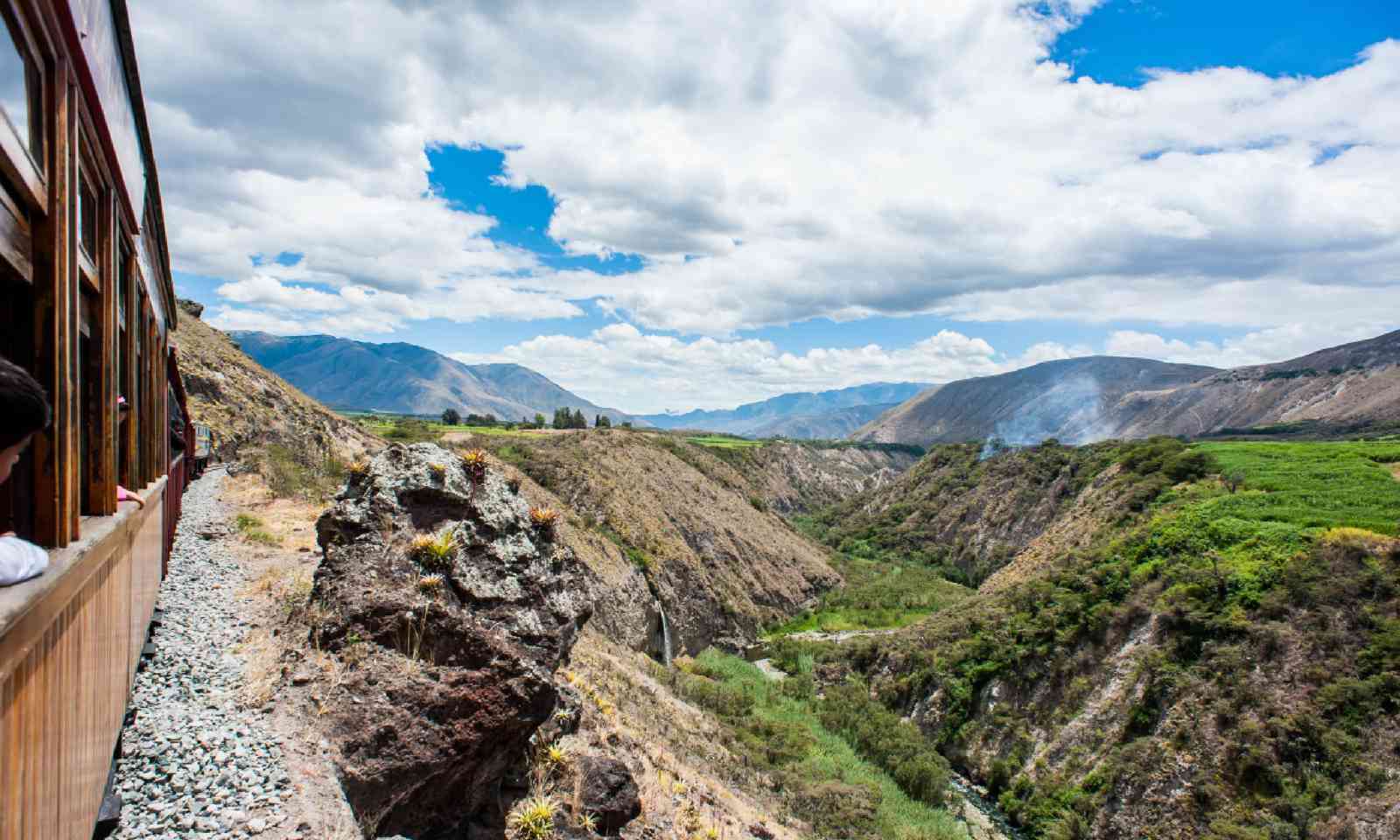 The newest route is the Tren de la Libertad, which links Ibarra with the remote Andean township of Salinas, home to a community of Afro-Ecuadorians who came to the country to build the original rail track in the early 20th century.

7. Spot wildlife along the coast

Ecuador’s second city (and main port) is a jumping-off point for the Galápagos, but is worth a visit in its own right. The Pacific coast has sandy beaches, some particularly good for surfing – such as Montañita. 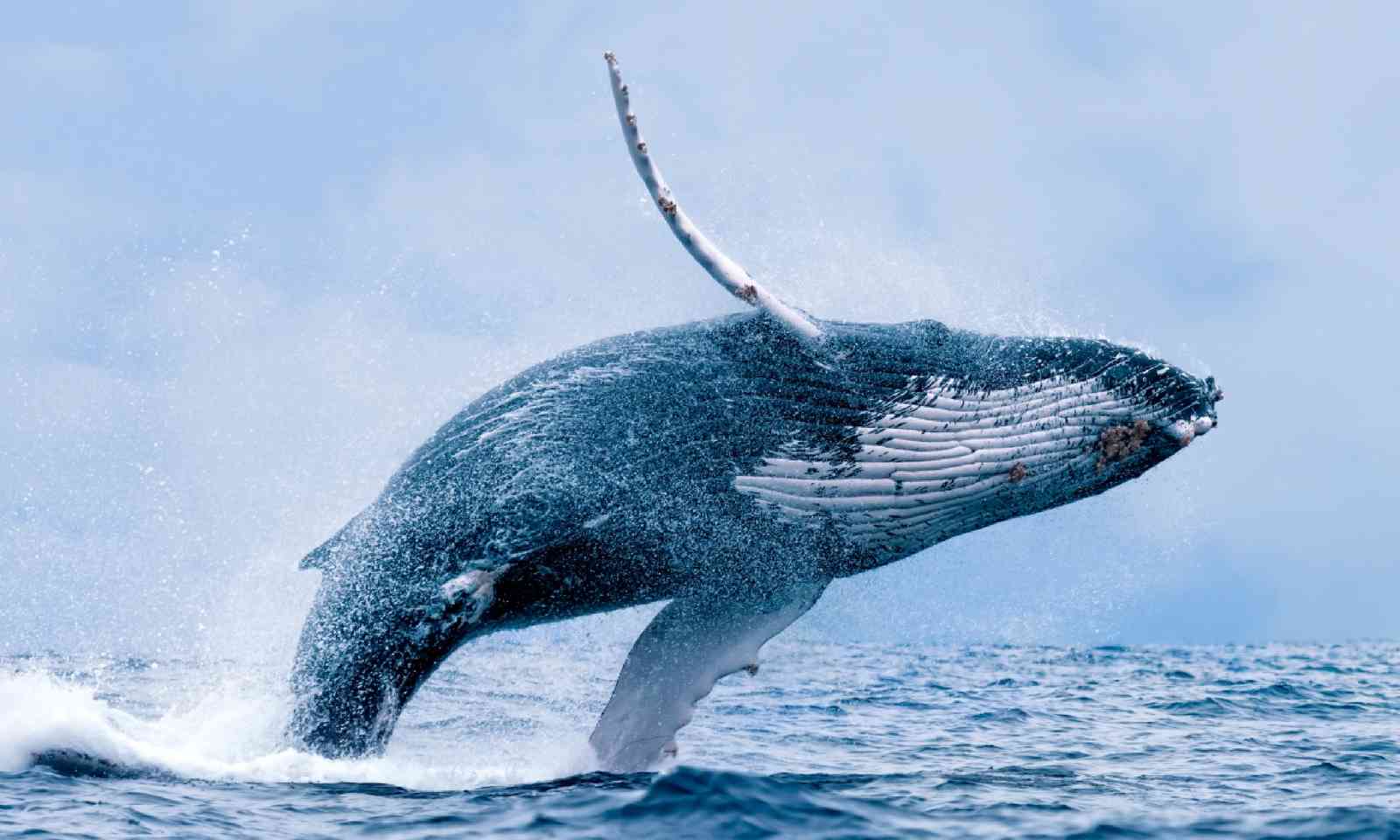 Humpback whales are seen along the coast from June to October; go whale-watching from Puerto Lopez. Isla de la Plata (Silver Island) is often described as the ‘poor man’s Galápagos’ due to its prolific fauna including blue-footed boobies, land iguanas and waved albatrosses.