11 extraordinary things to do in Changi Airport

There's no such thing as a boring stopover at Singapore’s Changi Airport. Go for a swim, walk amongst butterflies, or enjoy a complimentary tour of Singapore itself...

Singapore’s Changi Airport not only wins the title of world’s greatest airport from travellers the world over – it’s also the owner of our coveted Best Airport Awards, thanks to you, the voters of the Wanderlust Reader Travel Awards 2019.

So, what makes Changi so great? There are lots of airports in the world that make a stopover more bearable, but many find they want Singapore stopovers at Changi to never end.

1. Be at one with nature 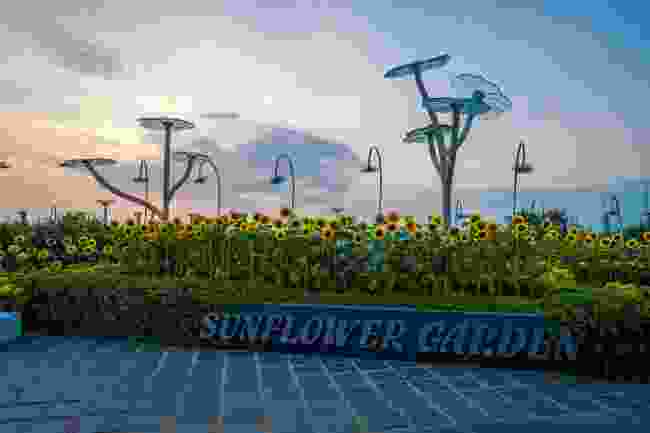 Changi may be one of the busiest airports in the world, but that doesn’t mean you can’t commune with nature while you're there. Pockets of lush greenery are scattered through each of its three terminals, all easily reached by the airport’s Sky Train.

Terminal 1 boats a rooftop cactus garden with 100 species of cacti and succulents from Africa and the Americas.

Terminal 2 has a sunflower garden on its roof, where you can pretend you’re in Tuscany as aircraft take off and land in front of you. Back inside T2, there’s an orchid garden featuring rare orchids and hybrids, including the seasonal display of Singapore's national flower - the Vanda Miss Joaquim - and the airport’s very own Dendrobium Changi Airport orchid.

Head to Terminal 3 to discover the Butterfly Garden. With a profusion of flowering plants, lush greenery and a 6 metre grotto-waterfall, it’s home to over 1,000 tropical butterflies from as many as 40 different species. More information 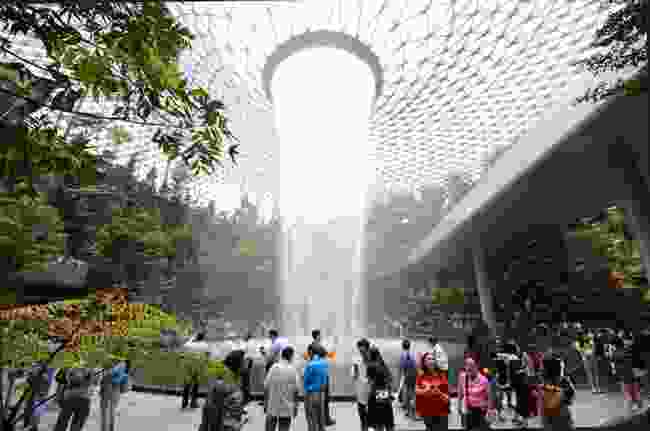 Much fuss has been made about Jewel’s indoor waterfall, and rightly so. The Rain Vortex is technically the tallest indoor fall in the world, meaning you've already ticked off a must-see before your trip's even begun.

3. Swim in a Balinese-themed pool 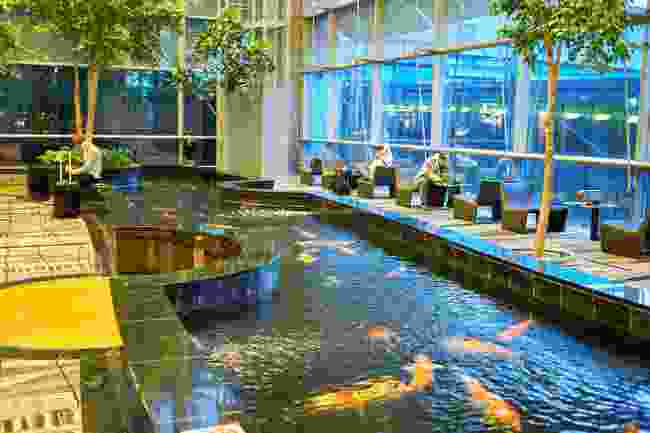 Not a pool for people, but the Koi Pond. Another water feature at Changi Airport, Singapore (Shutterstock)

What better way to stretch your limbs between long-haul flights than by doing a few laps in a swimming pool? Follow it with a soak in the adjacent Jacuzzi and a quick shower, and you’ll be refreshed and raring to go.

Located on the roof of Terminal 1, the Balinese-themed pool is free for passengers staying at the Ambassador Transit Hotel. A small fee is payable by others, but includes the use of the swimming pool, Jacuzzi, shower facilities, as well as a towel and a non-alcoholic drink.

4. Catch the latest blockbuster at the movies 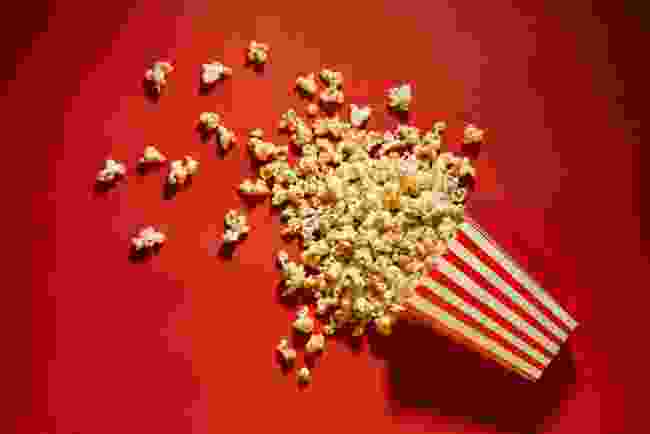 Got a couple of hours to kill between flights? Why not catch up with that Hollywood blockbuster you’ve been meaning to watch? There are two movie theatres in Changi airport: one in Terminal 2, the other in Terminal 3.

5. Ride the tallest airport slide(s) ever 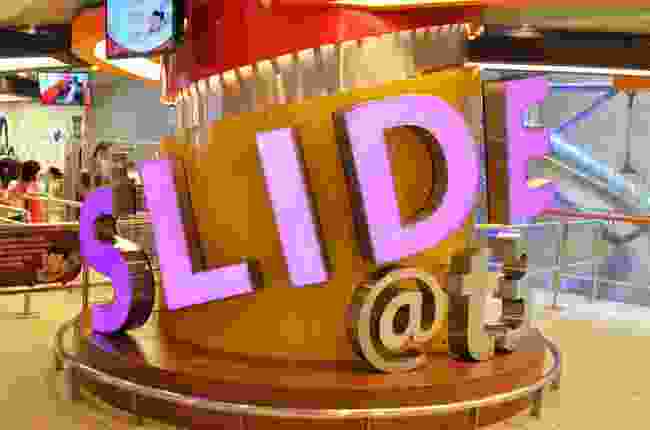 Being cooped up on a plane for hours can send even the most experienced flyer a bit stir crazy. Time to head over to Terminal 3 and whizz down the tallest airport slide in the world.

Slide@T3 is also the tallest slide in Singapore, and you’ll reach speeds of up to 6 metres per second. You’ll need to be at least 1.3 metres and no taller than 2 metres to ride it.

There is a catch. You need to spend S$10 at any of the airport shops to get a ticket. But hey, that duty free liquor could be the Dutch courage you need to give the slide a go!

Then, there’s the Discovery Sculpture, coming to Jewel’s Canopy Park, which you can slide down, too.

6. Bounce on the trampoline floors

Walking nets and bouncing nets – effectively suspended trampolines – will come to Jewel Changi Airport in mid-2019. So, you can bounce up and down for a bit in an effort to pass the time.

We imagine these will come in particularly handy if you're travelling with children, who want to be entertained while they wait. 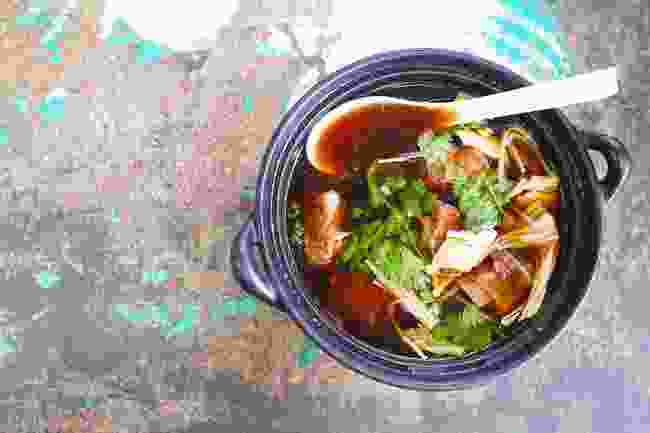 From aromatic Hainanese Chicken Rice to tasty Bak Kut Teh, Singapore street food is legendary. And you can sample the very best in South East Asian cuisine without leaving T3.

Just follow your nose to the 1960s-themed food street offering a plethora of local delights, all prepared and served from carts and stalls inspired by Singapore’s early days.

8. Enjoy a free tour of Singapore 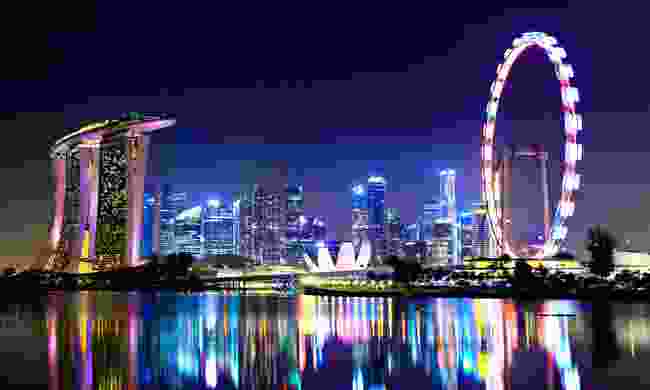 Singapore at night. You should see the sights if your stopover's long enough (Shutterstock)

It would be a crime to pass through Singapore and not see at least a few of the sights. So how does a free Singapore tour sound to you? Well, if you’ve got at least 5-6 hours between your flights, that’s exactly what Changi Airport offers.

There are two tours to choose from – the Heritage Tour and the City Sights Tour. Each last approximately 2 ½ hours and are complimentary. Simply head to the registration booths in the transit area with your passport and boarding pass. Do not clear immigration first!

9. Get lost in the Mirror and Hedge Mazes 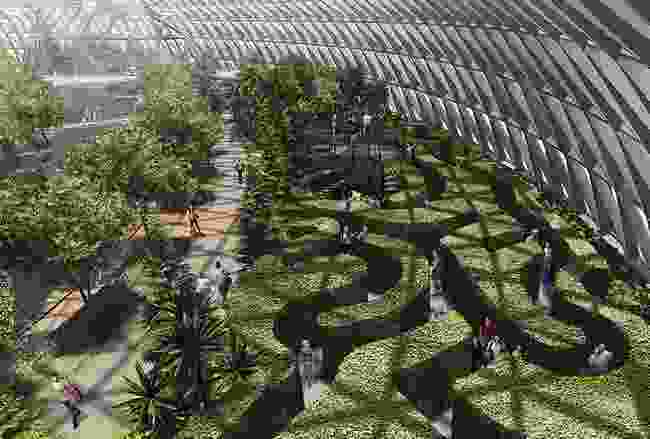 There are not one but two mazes coming to Jewel, opening in mid-2019, and both are completely different. Sticking to Changi’s nature themes, the Hedge Maze is your typical grassy green, swirly design.

There’s also the Mirror Maze: the stuff of nightmares from funfairs of childhood, where if you make a wrong turn, you don’t just get lost – you’ll smack yourself head first into a mirror. Of course, if you don’t rush it, you’ll be fine. So, tread with caution, and keep your arms in front of you. 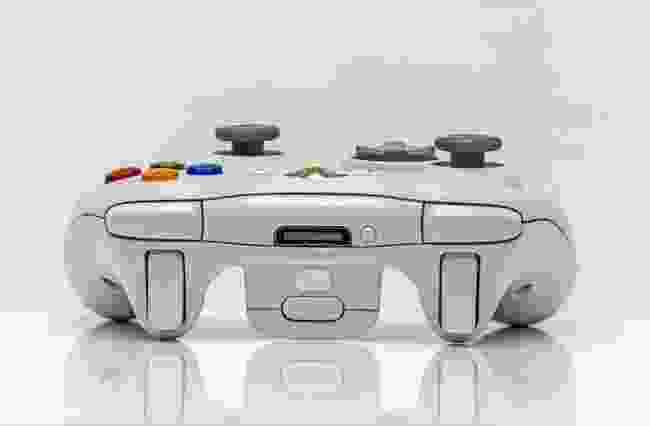 Changi Airport has the games consoles you've been missing from home, ready to play (Shutterstock)

Never been away from your gaming console for so long before? Don’t despair, the good folks at Changi have created an Entertainment Deck in Terminal 2 where you can get a quick computer game fix between flights.

From Xbox360 to Kinect stations, the Entertainment Deck is a one-stop integrated, multimedia entertainment centre for idle thumbs. And, best of all, it’s free. 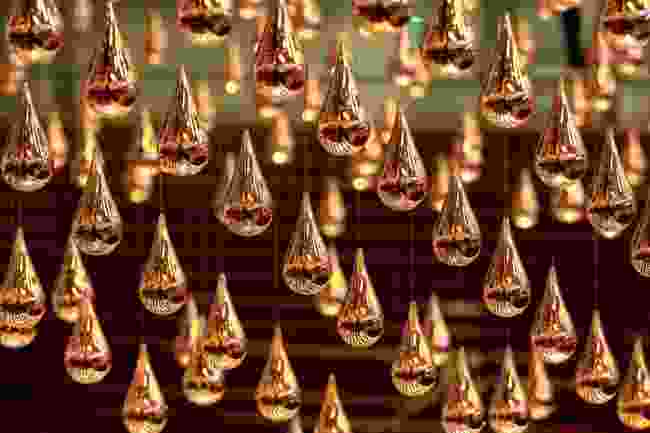 Not only is there nature and entertainment at Changi, the Jewel complex will also offer a bit of culture.

Expect modern and crowd-pleasing art installations by local Singaporean artists, including sculpture work, paintings and even crystals hung from the ceiling.

There's plenty of art and design features to appreciate all over the airport, in each and every terminal, too.

See the latest exhibits on at Jewel here