7 books you must read before going to Cuba

Don't just stick to the travel guide. Well-researched fiction can give you a much more evocative insight into a country. These seven books capture the heart and soul of Cuba and show you where you can find it too 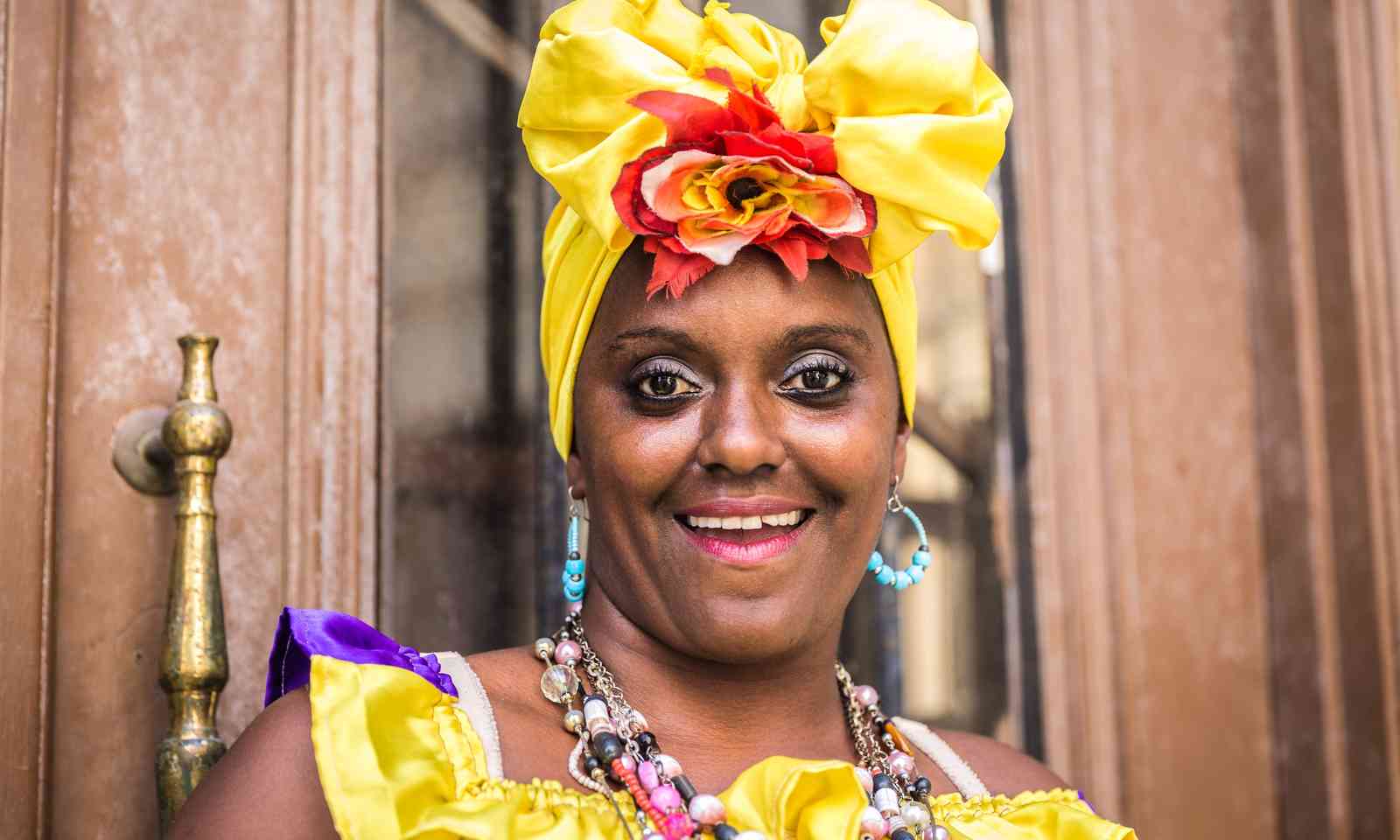 Our lady in Havana (Dreamstime.com)

1. Meet the people behind the Cuban myth

Just what kind of country is Cuba really? Behind all of the political intrigue, and the sanctions, who are the people of Cuba and why is tourism so important to this proud island?

In Breath: Stories from Cuba, Leila Segal delves into the heart of the country, behind the faded facades with their peeling paint and the rusty American cars, to find its soul. The music, the sense of community and the remarkable strength of its people are the beating heart of a country with so much to offer.

Cuba: the new revolution? How staying with locals offers an intimate insight into the monumental changes happening in the country 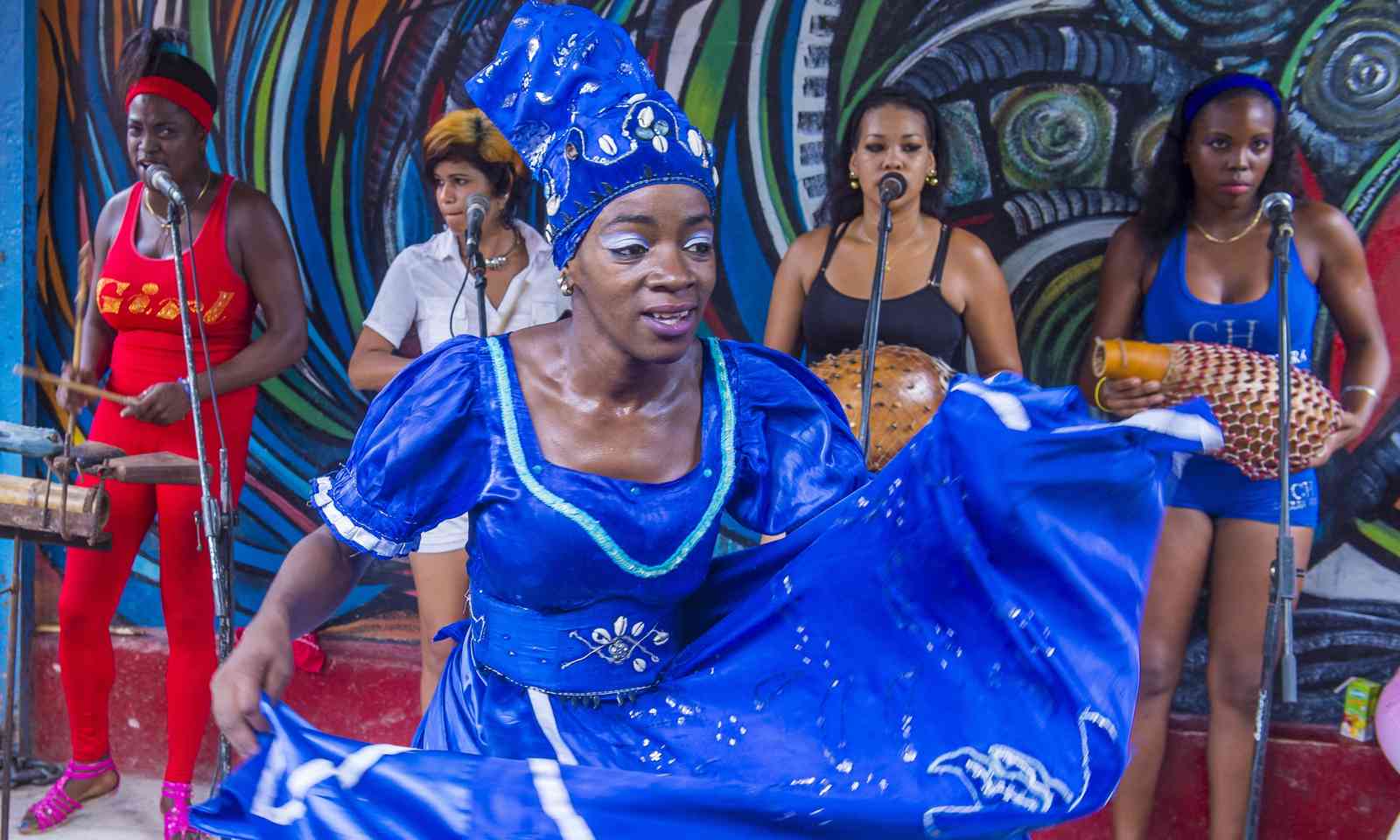 2. Feel the beat of the rumba and the rustle of the Revolution

In Last Dance in Havana by Rosanna Ley, Eliza and Duardo dance the rumba and fall in love in downtown Havana. But their fate is for them not to be together for Elisa is sent to England and Duardo joins the revolution as a rebel.

This novel is a terrific guide to the sights and sounds of revolutionary Havana and asks the question that confronts every visitor to the island: Does the passion for Cuba ever really leave a person?

The rumba was the dance of freed blacks on the island as well as those who still worked on sugar plantations so the passion in the music represents the story of the people who share its history. The rumba club where Duardo and Elisa dance is said to be just off the Malecon, along San Lazaro and among the backstreets 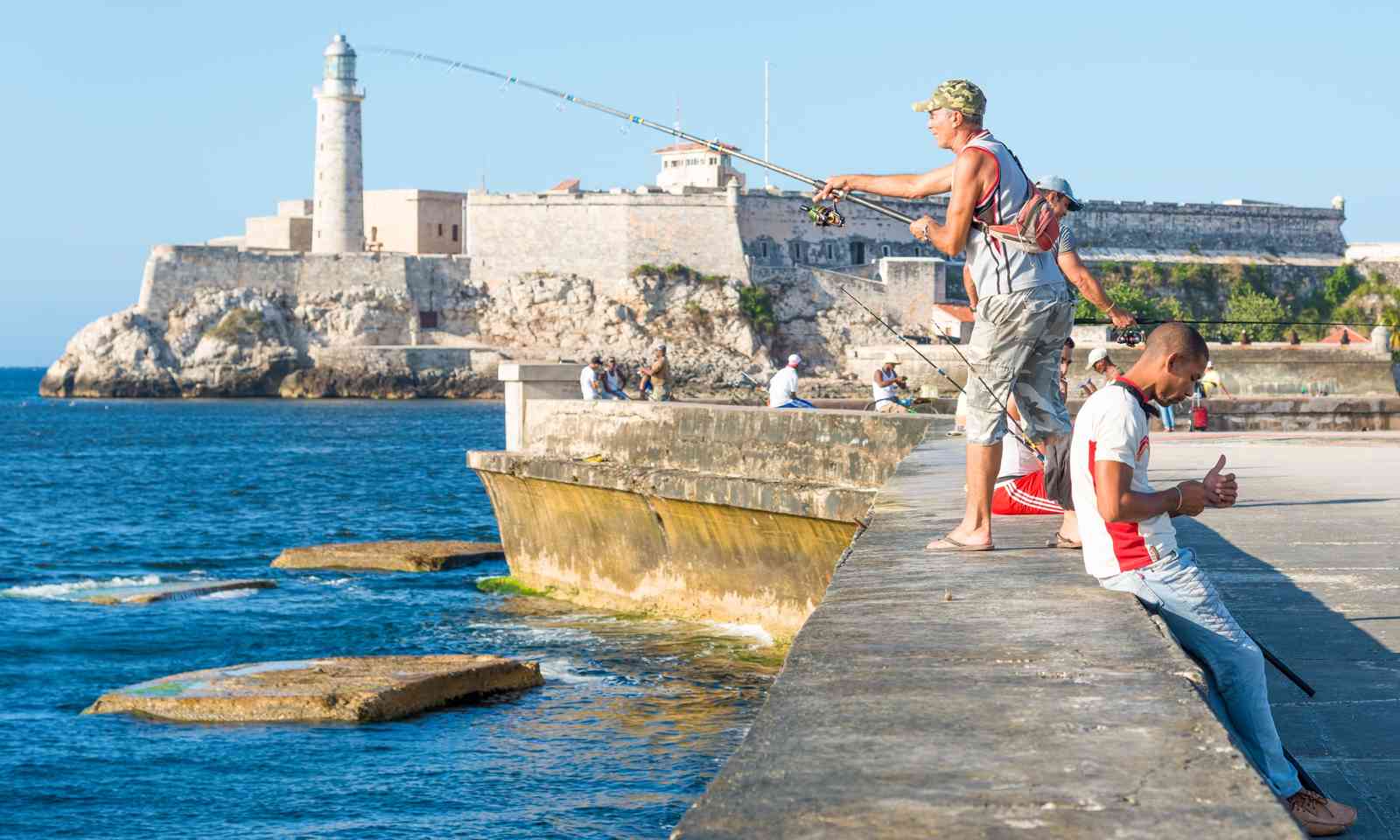 Reading The Old Man and the Sea, you can almost taste the salt and hear the waves lapping gently at the boats, bobbing up and down in the harbour. Fortunately, some things never change. It’s still a timeless part of small Cuban fishing villages today.

Cojimar, a fishing port on the edge of Havana, is apparently the inspiration behind the fishing village in the novel, as it was where Hemingway often went on fishing trips on his boat El Pilar.

Your Literary Tour Guide: The Old Man and The Sea – Ernest Hemingway

9 of the best things to do in Cuba: El Papa would approve of them all 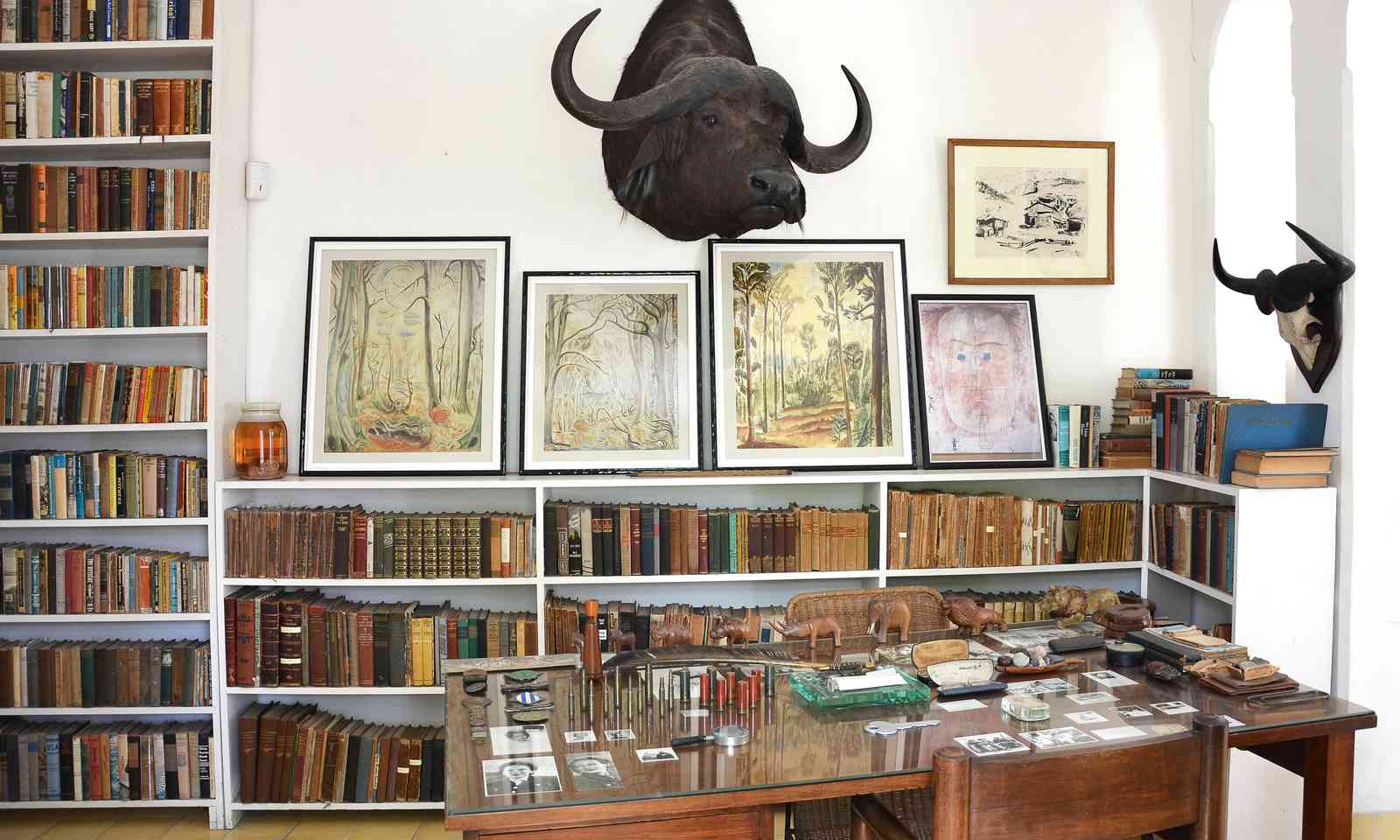 In this story about Ernest Hemingway, his four wives share their secrets about their life with him, and the settings and inspiration for his novels. Mrs Hemingway by Naomi Wood draws up a unique literary map of the Cuban landmarks, people and places that inspired Hemingway, and you can follow too. It’s a remarkable journey – taking in Key West, Paris and a home on the Cote D’azur but its heart lies in the magic that is Havana.

Make sure you drop by Finca Vigia, Hemingway’s home in San Francisco de Paula
Cuba. It was here that he wrote two of his most celebrated novels: For Whom the Bell Tolls and The Old Man and the Sea. A Movable Feast was written there as well.

10 quirky American festivals you must visit: including Hemingway Days in Key West 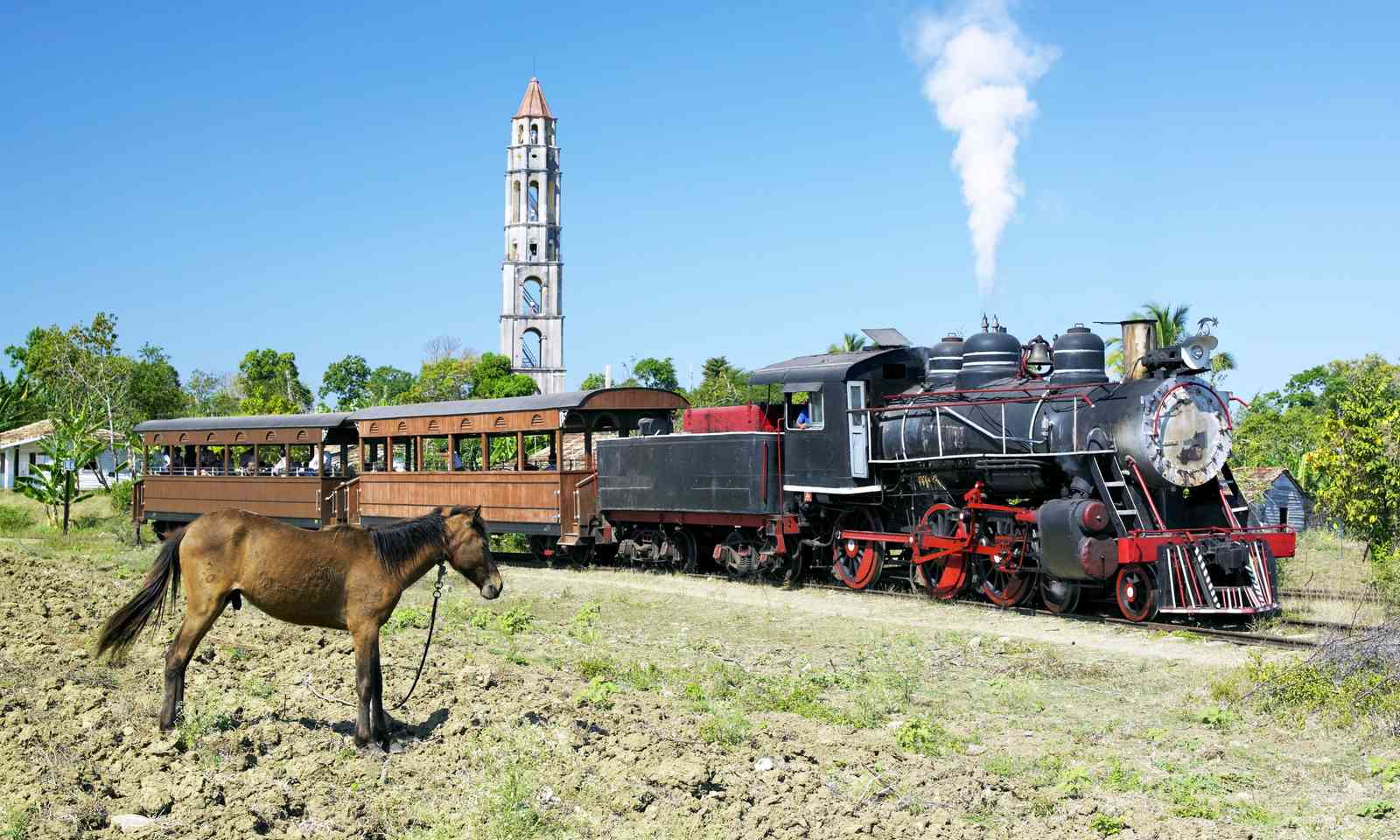 5. On the rails from one end of Cuba to the other

After the journey in Peter Millar’s Slow Train to Guantanamo, you will hope that your own travels to Cuba won’t be as ‘eventful’. But it’s a great way of crossing the country and peering out at the crumbling infrastructure, the stunning countryside and the myriad ways of trying to book a ticket and even to board a train.

Guantanamo is a surprise too, with a beautiful horseshoe bay and bars selling ice cold Bucanero beer. 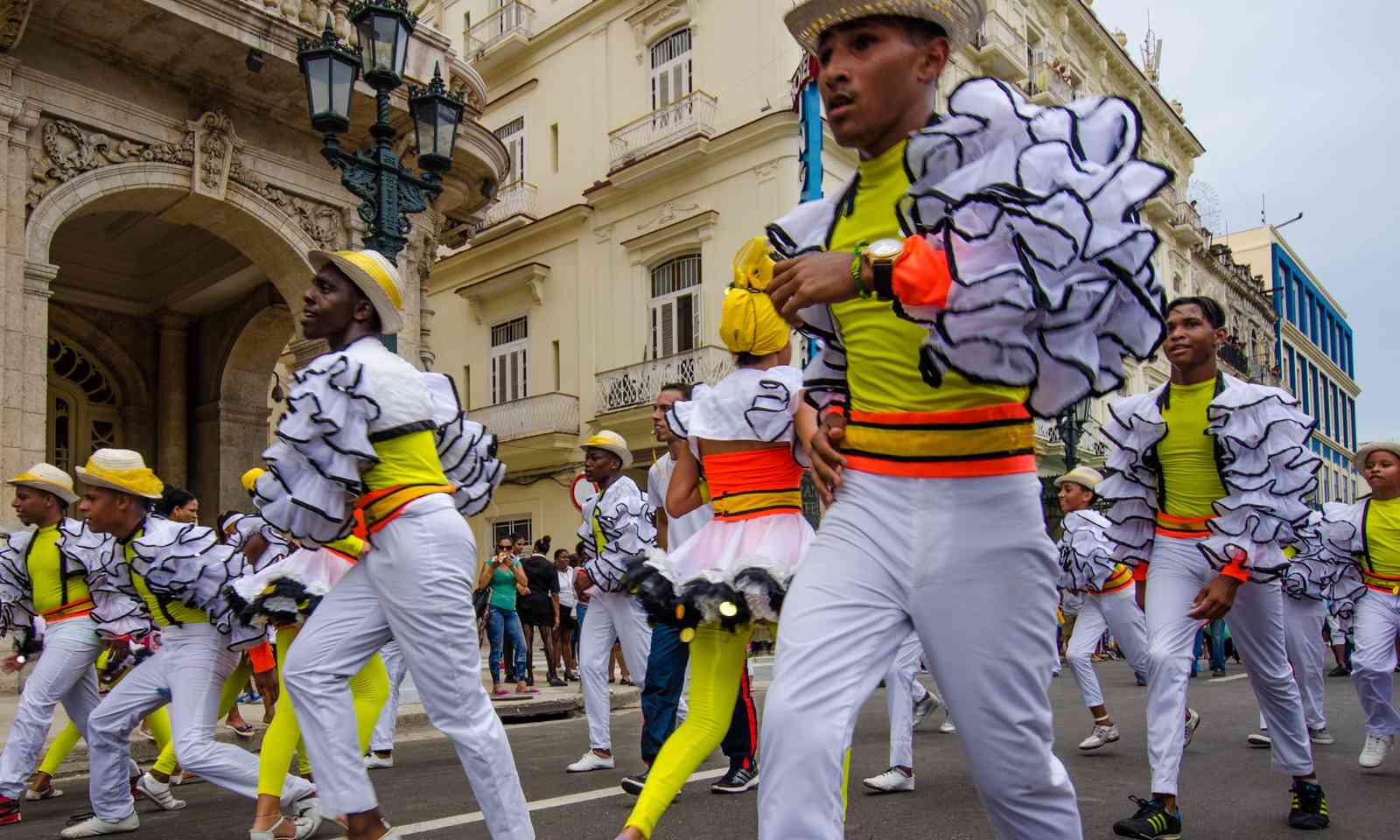 6.  Dance to the music of Havana

Havana Fever by Leonardo Padura follows the trials and tribulations of former police officer Mario Conde, who is now working as an antique book seller. He discovers a secret inside a book, and if you head down to the famous Plaza de Armas, you might just find a hidden gem too and see the literary side of Havana for yourself...

There's a literary landmark to check out too. Plaza de Armas is the city’s oldest plaza and is surrounded by numerous second-hand book-stands, a perfect bookish haven to find a literary souvenir of your visit. Memories here will last a lifetime and, like Mario, you could end with a story you never expected.

Travel icon: Old Havana – your guide to the Spanish, American and communist mix that is Habana Vieja. 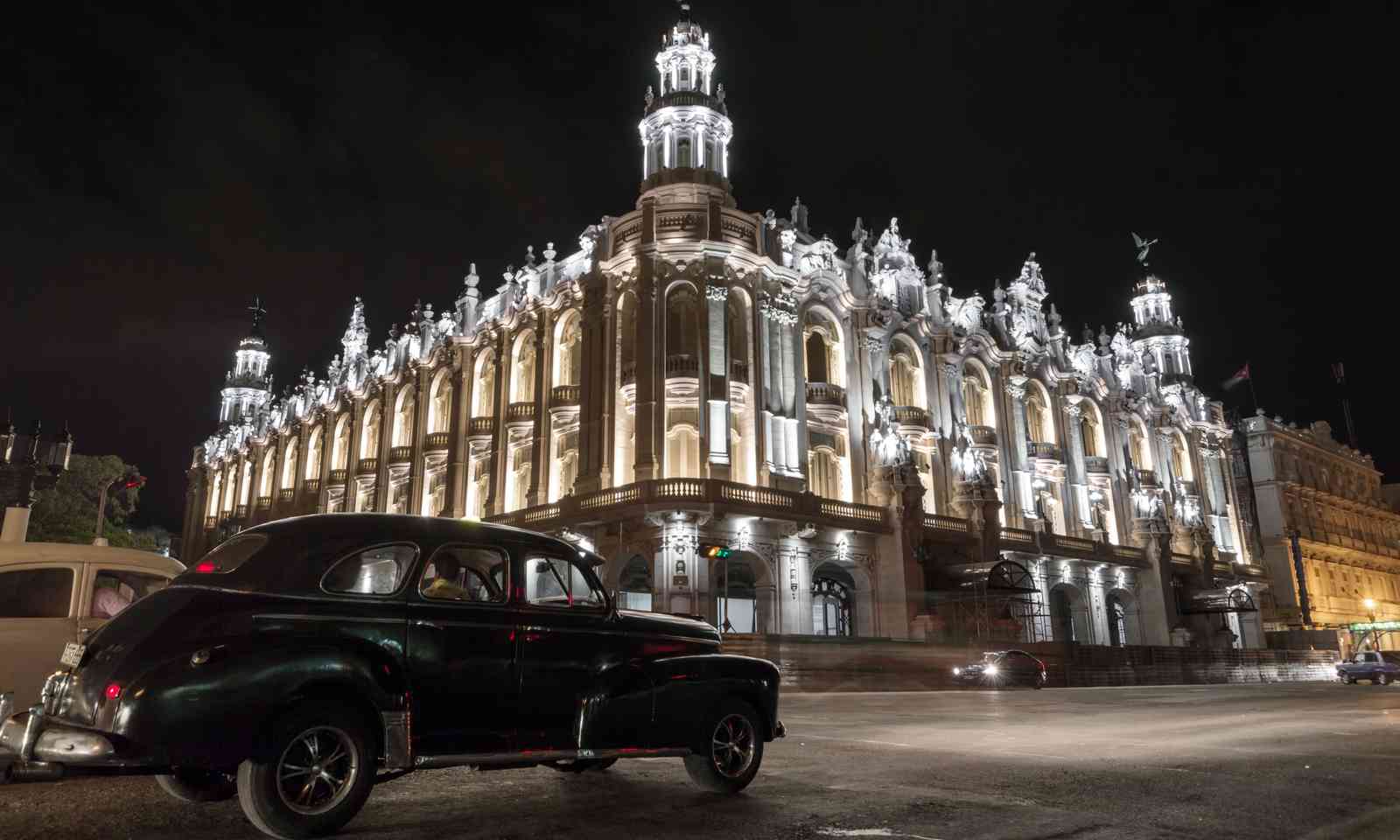 The National Theatre in Havana at night (Dreamstime.com)

“We travel, initially, to lose ourselves; and we travel, next to find ourselves. We travel to open our hearts and eyes and learn more about the world than our newspapers will accommodate.”

Pico Iyer’s Cuba and the Night is the story of Cuba during the Reagan era and the days of the Cold War. A journalist travels the world in search of a good story and ends up in Cuba, where he meets a local girl.

You’ll not only want to track down the locations on your Cuban adventure, but to see them through the eyes of the photojournalist who illustrates the contrasts of the country, from capitalism to communism, and the daily life of those who live here.

The Museum of the Revolution is housed in the former Presidential Palace and is a great introduction to this world. You can see a section of the old city wall, displayed in front of the museum, as well as the tank Castro used during the Bay of Pigs debacle. It's quite something to see in real life.

Your Literary Tour Guide: Cuba and the Night – Pico Ayer

Cuba: 7 trips to take before it's too late – the best way to see a slice of original Cuba

The Booktrail is a literary travel agency, where you can ‘book’ your next literary adventure and read your way around the world. Find maps, travel guides, reviews photo galleries and much more to help inspire and enrich your next journey. For more information visit www.thebooktrail.com