From towering Himalayan mountains to the unspoiled islands of Indonesia, anticipate breath-taking views and spectacular sunrises on these top-rated hiking trails 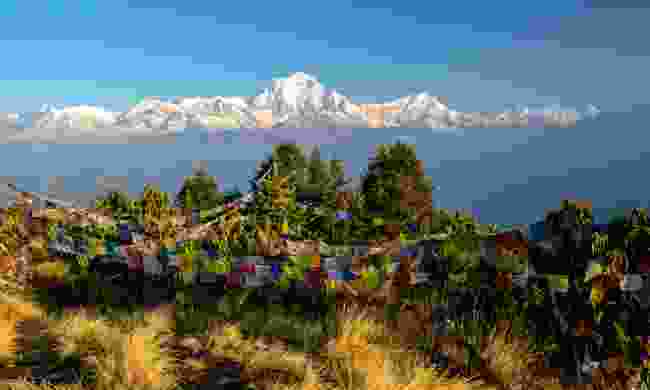 Carved 230km through the sacred Himalayan mountain range is the Annapurna Circuit, a classic trek that presents the beauty of Nepal's remote landscapes. On arriving in Kathmandu, soak up the bustling atmosphere in Thamel and find bargain-priced trekking gear - ideal for any forgotten outdoor essentials.

Then head 250km west to start the trek, catching a first glimpse of the vast picturesque landscapes you'll traverse on this 14-day circuit. You'll cross undulating terrain through an array of environments that range from the humid jungle to white-washed snow plains, allowing gradual acclimatisation for when you reach the peaks.

Prepare to plod up enough concrete steps to make you wish you never see a set of stairs again, before standing 5,400m tall at Thorong La pass, blessed by streams of prayer flags that flutter around you. Make an early ascent to Poon Hill to watch the sun rise over the white crisp mountainside of Dhaulagiri, the world's seventh highest peak.

After being immersed in the wilderness of the Himalayas, it's not hard to see why Nepal is regarded as a trekker's paradise. This hike will feel like a roller-coaster ride, but looking back you'd do it all again in an instant.

Best time to trek: Mid-March to April, October to November

Who to go with: Exodus 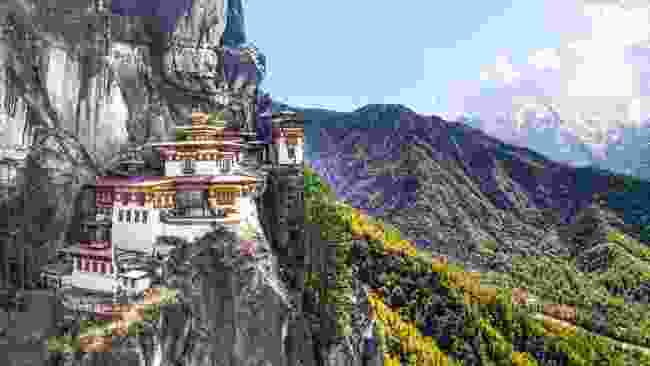 Hidden in the Paro valley is Bhutan's most iconic and sacred monastery, Taktsang, which grips on to a 3,100m cliff edge. Its colloquial name, 'Tiger's Nest', originates from the 747 AD legend when the Buddhist master Guru Padmasambhava arrived by flying tiger at the cliff face and rid the area of evil spirits.

Although it's only a two-hour trek to reach the Buddhist temple, the gradient of the 8km route isn't light on the legs as you ascend 900m from the start point to the monastery. Take in views of the lush green shrubbery from the highest point of the trek, where the building appears within touching distance. After climbing the final 750-plus steps, you'll reach the beautiful monastery and catch a glimpse of the clouded landscape.

In the last few hundred metres of the climb, the cliff's rock is embedded with cone-shaped ceramic objects known as tsa-tsas, which are inserted with tiny prayer scrolls – otherwise known as mantras. The tradition originates from several hundred years ago, as each tsa-tsa is placed with deep belief of aiding or healing an ill relative or friend.

As part of the broadly-practiced Buddhist religion, visitors are asked to leave electronic items and their shoes at the entrance of the monastery as a sign of respect – a small thing to ask in return for a rewarding hike to Bhutan's most famous building.

Best time of year to trek: October to December

Who to go with: Wexas Travel 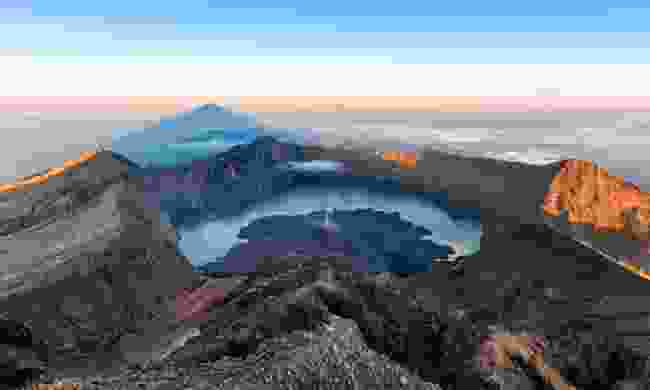 The active volcano of Gunang Rinjani is set amidst the lush greenery of the island of Lombok. It last erupted in 2010, but visitors across all continents continue to be drawn to this volcanic island to observe the beautiful flora and fauna that grows on the border, where south-east Asia meets Australasia.

Visitors who embark on a two-day, one-night trek to the summit can acclimatise with a spectacular night's sleep under the stars at the base of the crater, before ascending in the early hours of the morning, witnessing a breath-taking sunrise across surrounding islands and the Bali Sea. It's an early morning view worth waking up for.

After reaching the 3,700m summit, head down to the hazy-turquoise waters of Segara Anak lake to cool off or take a short drive south to Sebau Hot Springs for a relaxing bathe.

You'll find it difficult to resist a hike to the top of this volcanic wonderland.

Best time to trek: April to December. The park is closed from January until March due to rainfall.

Who to go with: KE Adventure Travel 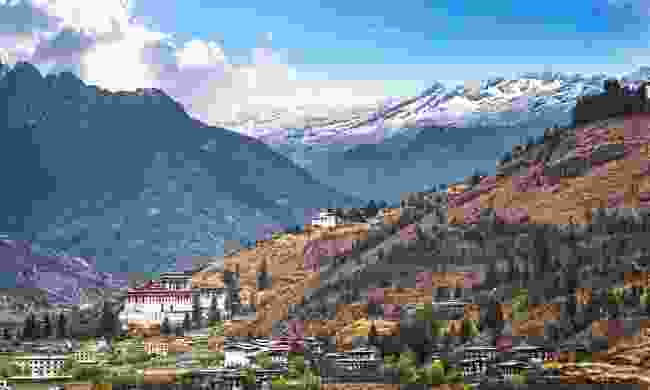 Considered 'the most difficult trek in the world', the month-long Snowman Trek requires high levels of stamina. Traipsing across 11 mountain passes – five of which have an altitude of more than 5,000m – over an astounding 356km. It's an epic test of outdoor endurance that will earn bragging rights for any trekker who completes it.

The journey starts at Paro and follows the spine of the Himalayas between Bhutan and Tibet, with the last day of walking ending in Nikachu Chazam, followed by a drive that circles back to Paro airport. The route is a combination of the Lunana, Jomolhari and Laya treks, which together form the signature Snowman Trek. Immersed in the mountain scenery of Jigme Dorji National Park, visitors are advised by a sign at the park entrance to 'leave nothing but footprints, take nothing but memories.'

Thankfully the trek is not a long cruise across beaten-down snow tracks, as each leg of the journey offers a change of scenery. Whether it's turquoise lakes that glitter at the base of snow-capped mountains, or differences of the naturally sculpted mountain range, this trek promises memories that will last a lifetime.

Who to go with: KE Adventure Travel 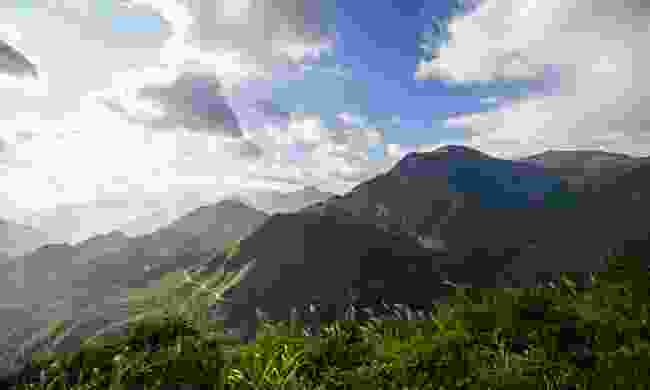 Escape the chaotic streets of Hanoi and the crowds at Halong Bay with a trek to the top of Vietnam's tallest mountain. Situated in the north-west of the country, this two-day leg burner takes you to the 3,100m summit, and rewards you with a 360-degree view of northern Vietnam.

The trek starts near Sapa where a restful night's sleep and a carb-and-protein packed breakfast will prepare you for the journey, before catching a ride to the start at Tram Ton Pass. The first few miles of the trek offer a gradual warm up, strolling over easy-rolling hills and through distinctive flat forest paths. But don't be deceived into thinking that your climb will be so easy. Soon you'll encounter uneven rocky steps and ladders to assist your climb, which is near-vertical at times. This trek is not for the faint-hearted, but is an unforgettable achievement for those that make the summit.

If the trek wasn't breath-taking enough, brace yourself for views of green-coated mountains rolling into neighbouring China. But remember: what goes up must come down. Fortunately, visitors now have the option to ride the world's longest and highest cable car down to the bottom, after its official opening in 2016. Your legs will appreciate the rest.

Best time to trek: April to May 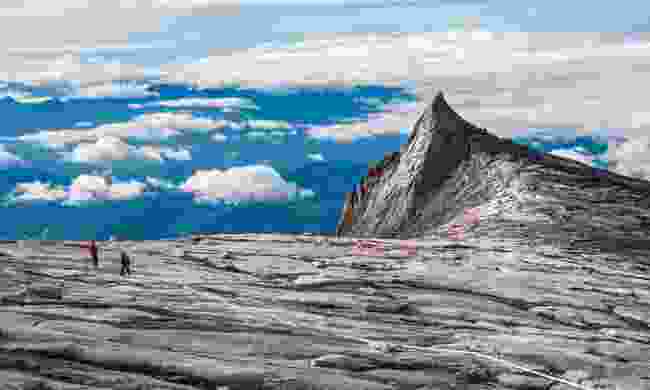 A UNESCO world heritage site, this daunting peak hit headlines in 2015 when an earthquake struck with devastating effect. But these same forces helped to create the mountain. Over millions of years, molten rock has forced itself to rise out of the Crocker Mountain Range to a height worthy of being crowned the highest mountain in Malaysia.

The main track up Kinabalu meanders through gentle jungle scenery before slowly steepening as the forest canopy opens to reveal clear skies. Upon reaching the hillside village of Laban Rata, grab a few hours of sleep before a final push to the summit through the dark hours of the morning. Don't forget your torch.

On approaching the last few metres along the brow of the mountain, Kinabalu's distinctive peak can be seen cutting into the skyline. Upon reaching the top, be sure to take the obligatory photo next to the official sign at Low's Peak (4,100m) to share your success of hiking 'the highest mountain between The Himalaya and New Guinea.' 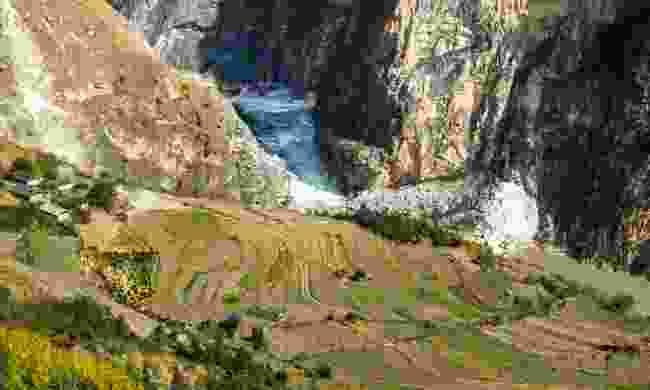 Forming a distinctive bend in the iconic Yangtze River, Tiger Leaping Gorge is on every traveller's list when visiting Yunnan province in southern China. Make the right turns however, and an off-the-beaten-track experience awaits: 3,790 metre cliff drops without another tourist in site.

The gorge got its name when a tiger leapt out of reach when it was being chased by a local hunter. A life-size statue of a tiger marks the spot growling back in vengeance, where chalk-white rapids form the narrowest point of the river.

From the quaint town of Qiaotou, directions can be found discretely hidden behind a school building and point to remote landscapes in the upper edges of the cliff. The Chinese say 'rewarding views come with the hardest of climbs', so choose the upper path for the best look-outs.

The trail meanders at considerable heights along the outskirts of a rock face that run parallel to the turquoise ripples of the gorge. Each turn unveils a new angle of Yunnan's unspoilt landscape. This trek passes through incredible scenery, high above the clouds and crowds, ensuring a memorable encounter with some of China's most breathtaking scenery.

Best time to trek: April, May, September and October

Who to go with: Audley