The season for visiting the world’s last great wilderness is approaching fast. Don’t miss out on your adventure of a lifetime...

1. Cross the Circle – and keep on going

This expedition offers an in-depth exploration of Antarctica, taking you beyond the peninsula to the fantastic ice formations and wildlife that lay south of the Antarctic Circle. You’ll have more time for communing with penguins and visits to less-frequented landing sites. Given good ice conditions, you will cruise well south of the Antarctic Circle at 66°33S, through regions of striking beauty and abundant wildlife. 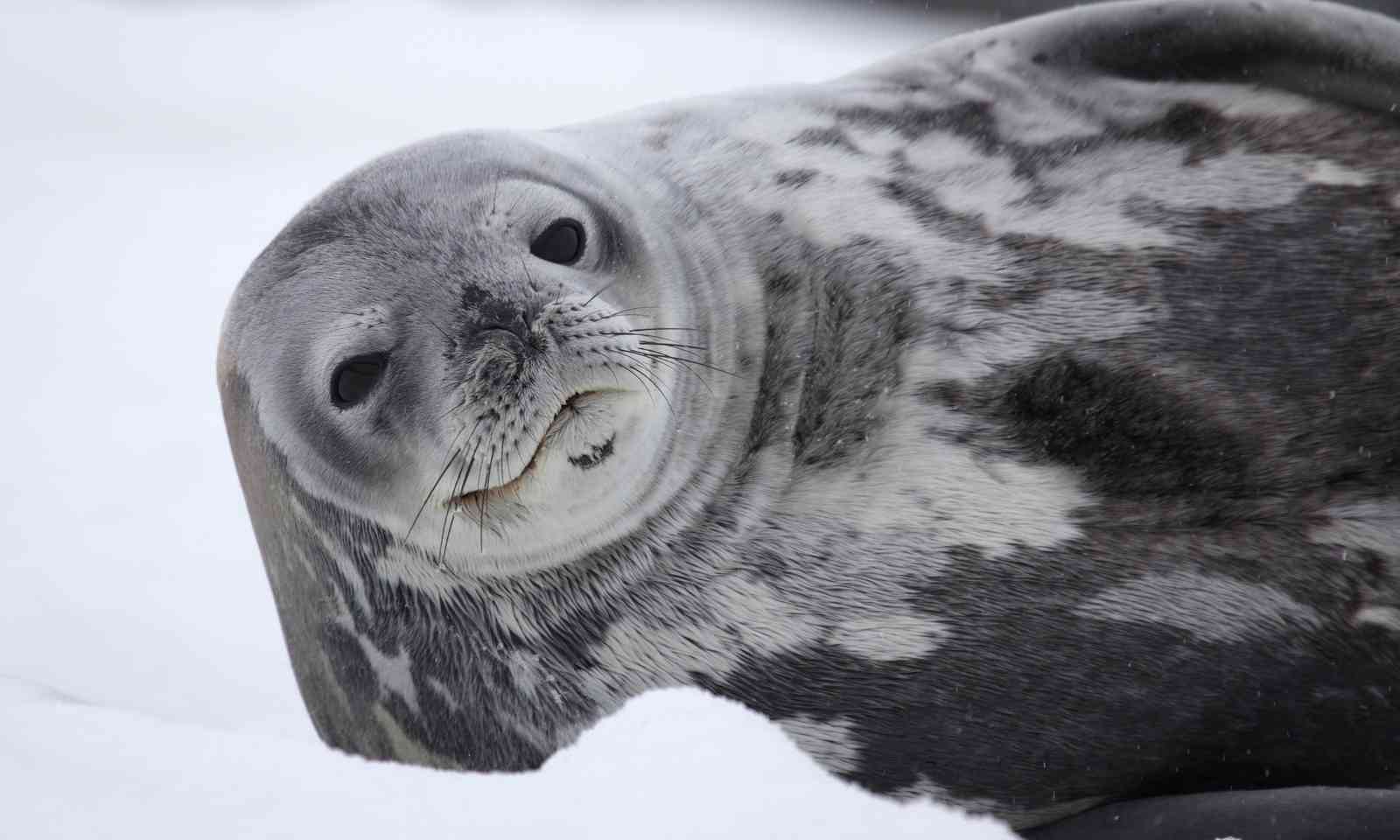 Following in the path of historic explorers, you’ll cross the legendary Drake Passage, and, weather permitting, squeeze through the photogenic Lemaire Channel between the mountains of Booth Island and the Antarctic continent. You’ll get up close to an incredible range of wildlife, such as minke, humpback and orca whales, gentoo, Adelie and chinstrap penguins. If you're lucky, you may even catch a glimpse of a leopard seal.

A diversity of possible Zodiac landing sites and the chance to kayak in Antarctic waters activities allows you to see the spectacular Antarctic Peninsula from multiple perspectives.

What makes it special: The chance to travel south of the Antarctic Circle

2. Antarctica by air and sea

Starting with a spectacular two-hour flight from the Chilean city of Punta Arenas to King George Island, this fly-cruise adventure ensures that you avoid the roughest sea crossings and find yourself among the spectacular landscapes and wildlife of Antarctica as soon as possible.

After a tour around the area where the Frei Chilean Base and the Bellingshausen Russian Base are located, you’ll head to Fildes Bay to board Zodiac boats that will take you to your expedition vessel. 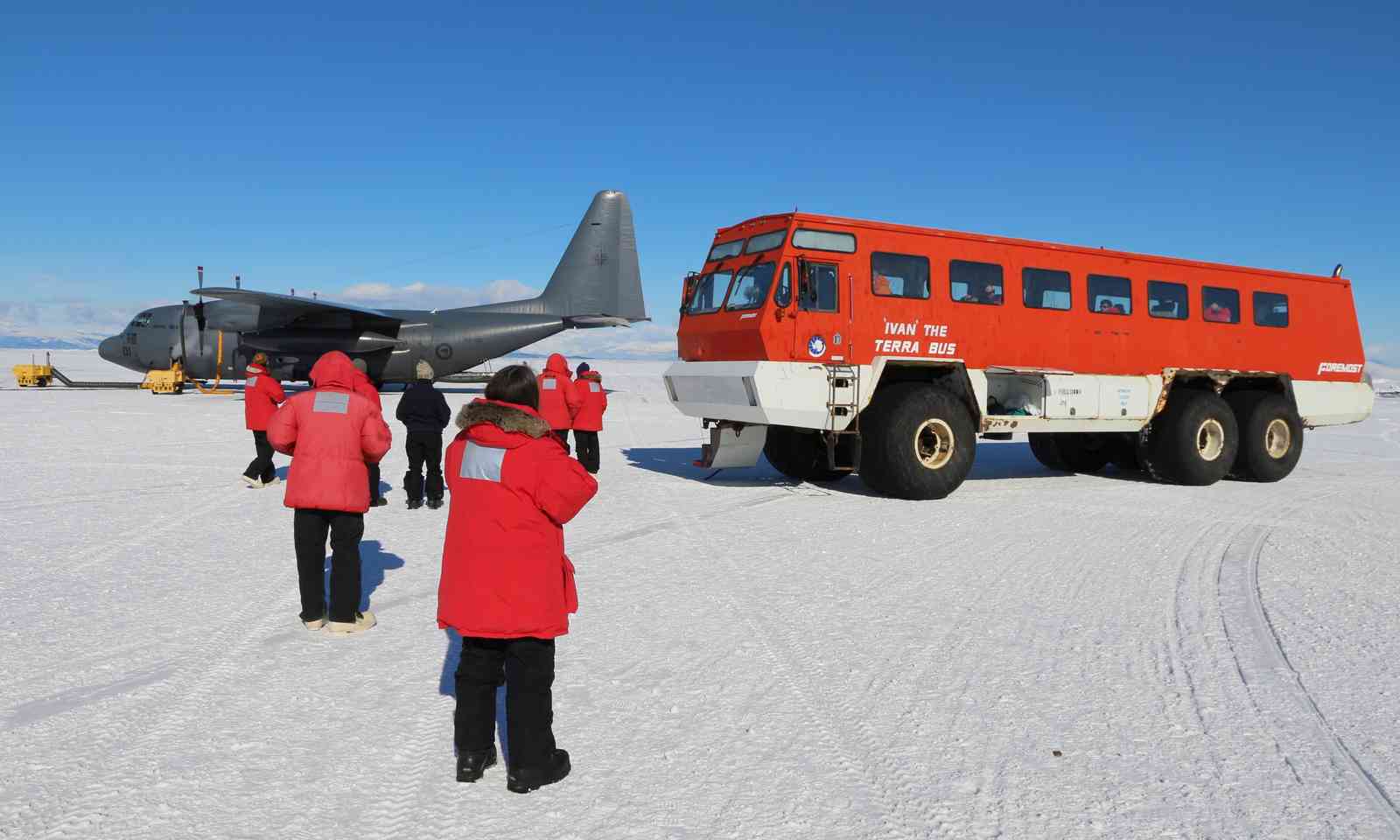 For the next three days, you’ll cruise from the South Shetland Islands to the western coast of the Antarctic Peninsula, passing dramatic fjords and spectacular icebergs as well as coming face to face with seals, whales, sea birds and penguins.

You'll visit some of the key spots on this part of Antarctica including Livingston Island, Port Lockroy, Paradise Bay and Deception Island, making a number of shore excursions aboard the ships Zodiac Boats. Then it’s back to King George Island and your flight back to Punta Arenas.

What makes it special: More of the best bits, less of the seasickness

3. Get active in Antarctica

Fancy scuba diving or snorkeling in polar waters? What about climbing a polar peak or kayaking amongst the ice floes? This Active Antarctica tour offers you all that and more – as well as the opportunity to come face-to-face with the continent’s amazing wildlife. 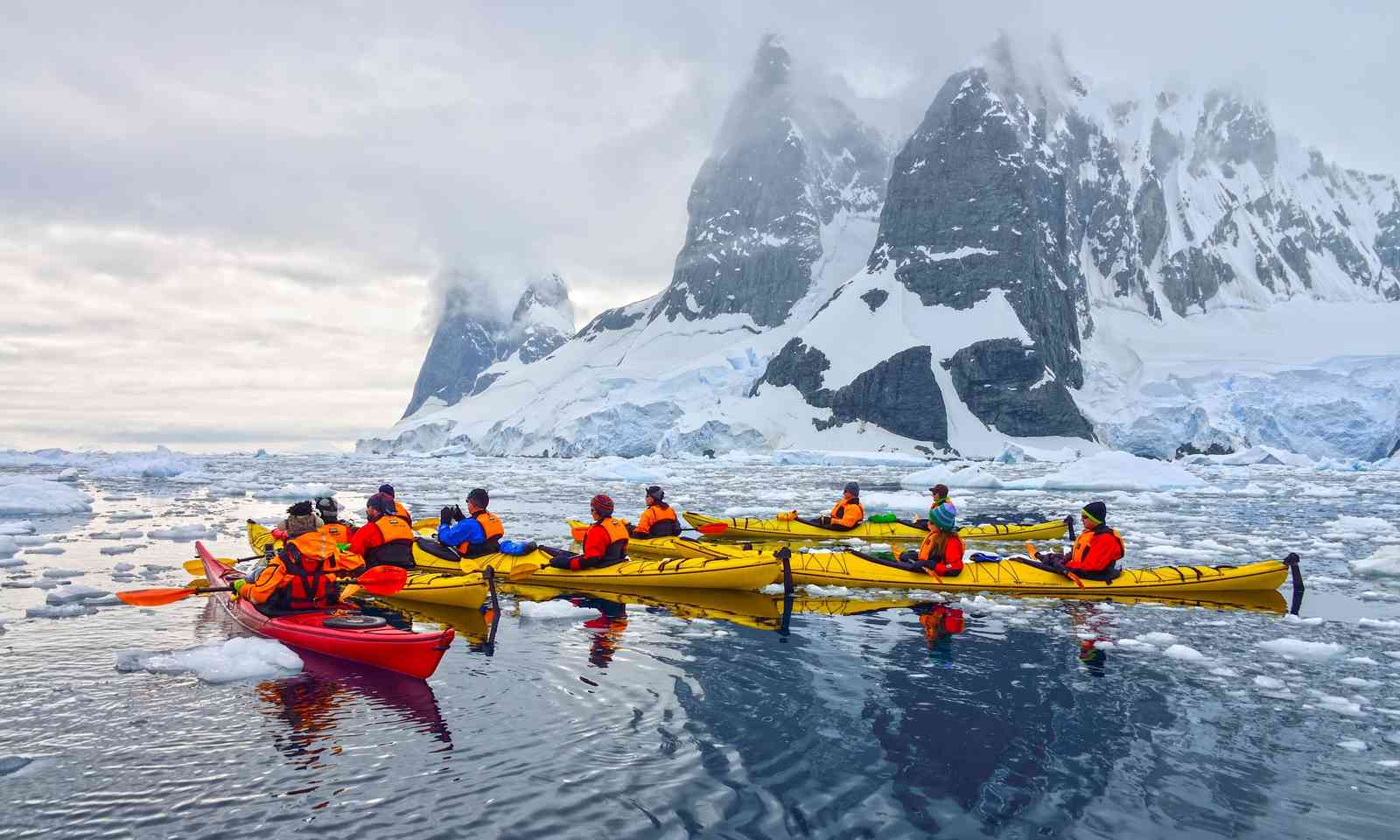 Starting in Buenos Aires, you’ll fly south to Ushuaia to board the small expedition ship, the Polar Pioneer. After crossing the Drake Passage, Antarctica is your playground, with experts onboard to make sure you get the very most from your visit. You can camp on the ice with penguins, kayak amongst seals or simply snorkel in a quiet, otherworldly cove. Whether your passion is rock climbing or photography, this trip will ensure an once-in-a-lifetime experience.

What makes it special: You’ll be part of the scenery, not just a spectator

4. Antarctica from a totally different angle

This ambitious route takes you beyond the Antarctic Peninsula, the final destination of many cruises, travelling down the rarely visited west coast of Antarctica, across the Antarctic Circle and then on to New Zealand. It’s a wild, untamed area where wildlife abounds and isolated research stations cling to ice shelves. 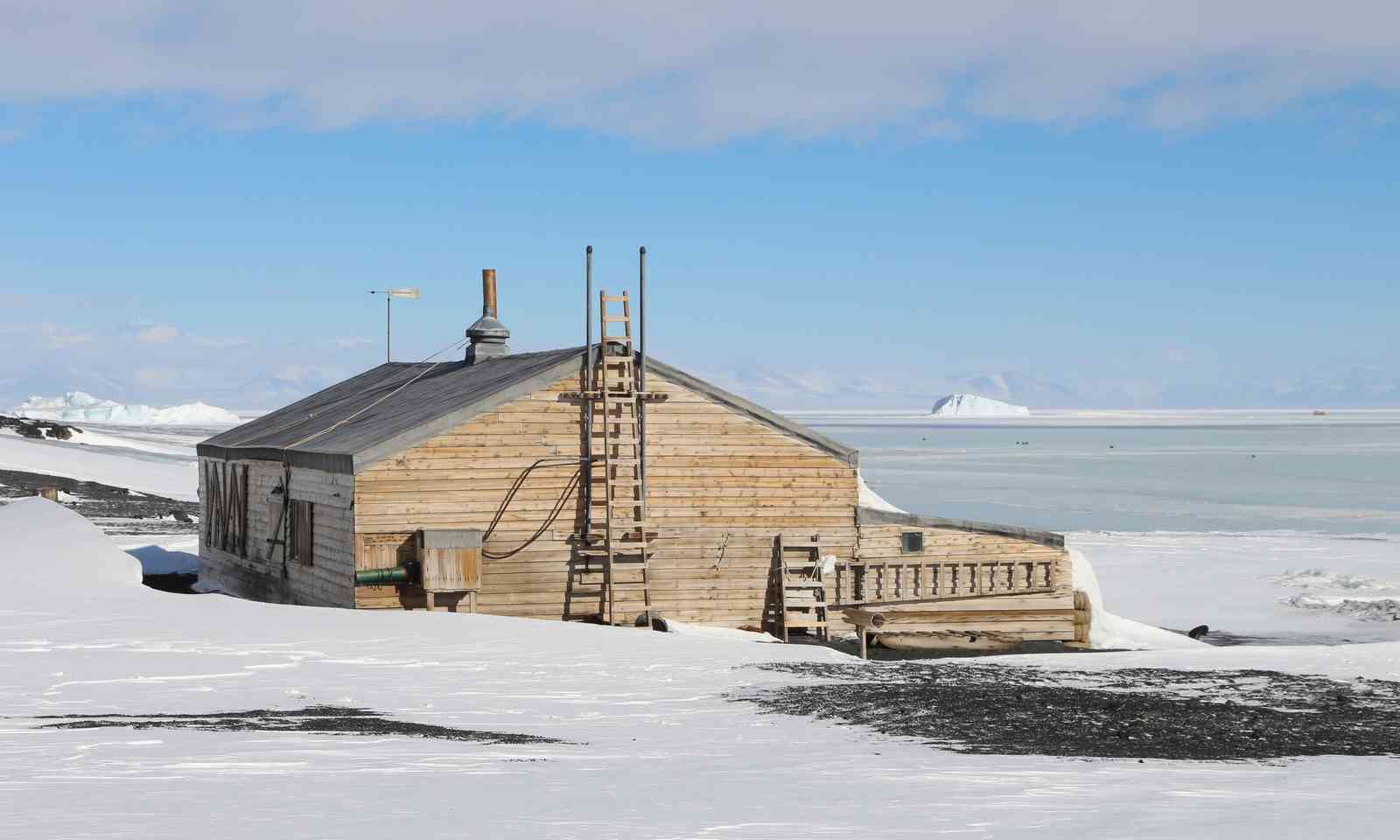 Along the way, you’ll pass poignant reminders of the heroic early expeditions to the continent, including the huts of Scott and Shackleton, as well as bays and islands that very few humans visit. Conditions permitting, helicopter and Zodiac landings will allow you to set foot here and on the Ross Ice Shelf, Dry Valleys and Campbell Island.

For many, the highlight is the tiny, volcanic Peter 1 Island. Here, the cries of penguins and seabirds pierce the frozen austral silence of this most remote side of the world, a soundtrack to memories that will last a lifetime.

Antarctica: Ross Sea And The Far Side, Journey Latin America

What makes it special: You get to experience every side of Antarctica

This 21-day voyage brings Ernest Shackleton’s legendary expedition to Antarctica to life, taking in South Georgia and the Falkland Islands, as you follow his route backwards towards Elephant Island and the Antarctic Peninsula.

The Falkland Islands provide a rare opportunity to witness the biological diversity and extraordinary scenery of the southern islands. Penguins and albatross are abundant here, and the Falklands have the largest black-browed albatross colony in the world. On South Georgia, you can pay your respects at Shackleton’s final resting place, before visiting a huge colony of king penguins, an undoubted highlight your journey. 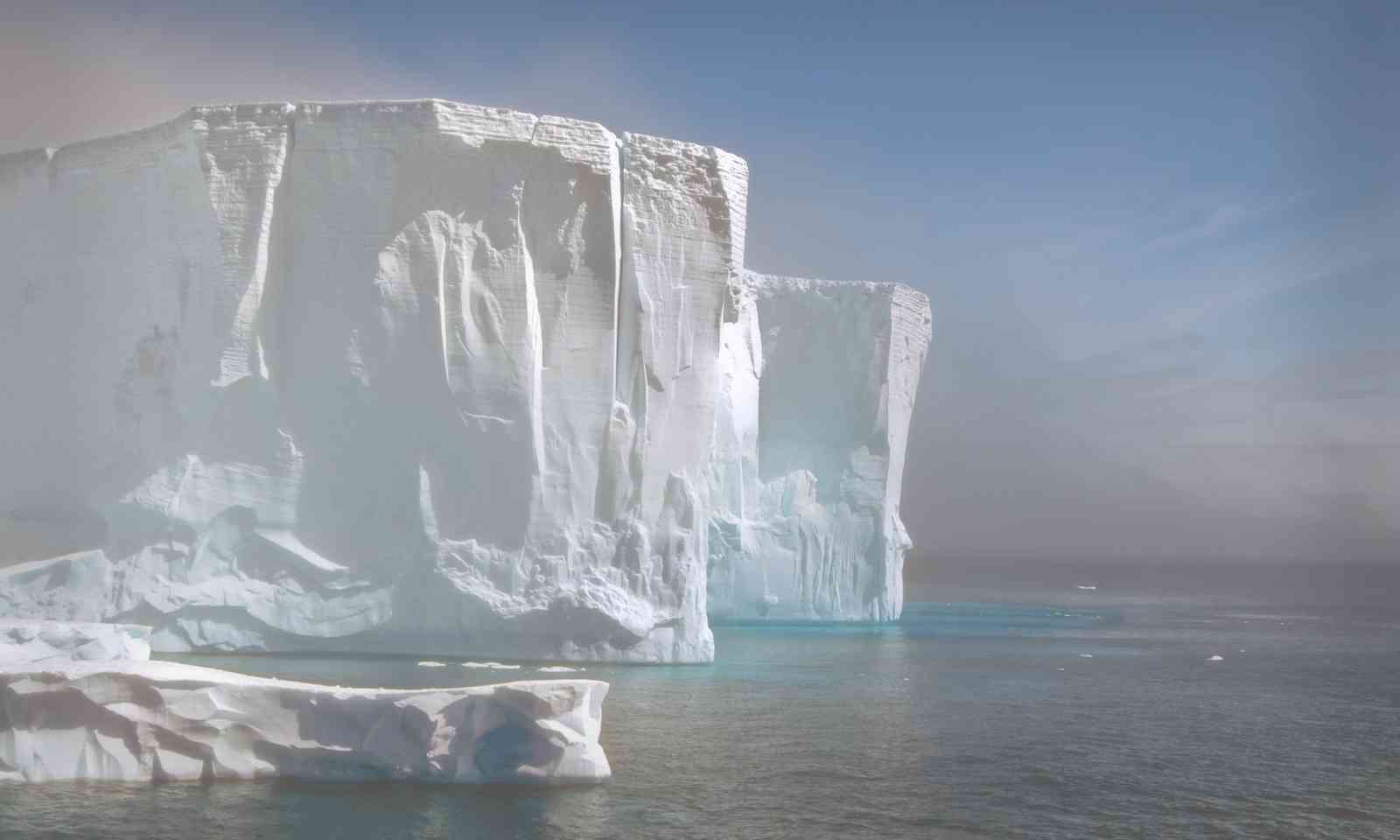 Iceberg in the fog (Dreamstime)

Upon reaching the Antarctic peninsula, you’ll experience some of the most unique wildlife and awe-inspiring scenery in the world. Two shore landings are attempted each day – weather permitting­ ­–  where you’ll encounter Gentoo, Chinstrap, and Adélie penguin rookeries. In the cold Antarctic waters, Weddell, crabeater, and leopard seal abound, as well as orca, humpback, and minke whales.

What makes it special: The chance to explore the Falklands and South Georgia islands

6. The best of all worlds

This extraordinary cruise offers Antarctic adventurers the best of both worlds – unparalleled 5-star luxury on board and the thrill of expedition-style landings among the spectacular landscapes of the Antarctic peninsula. 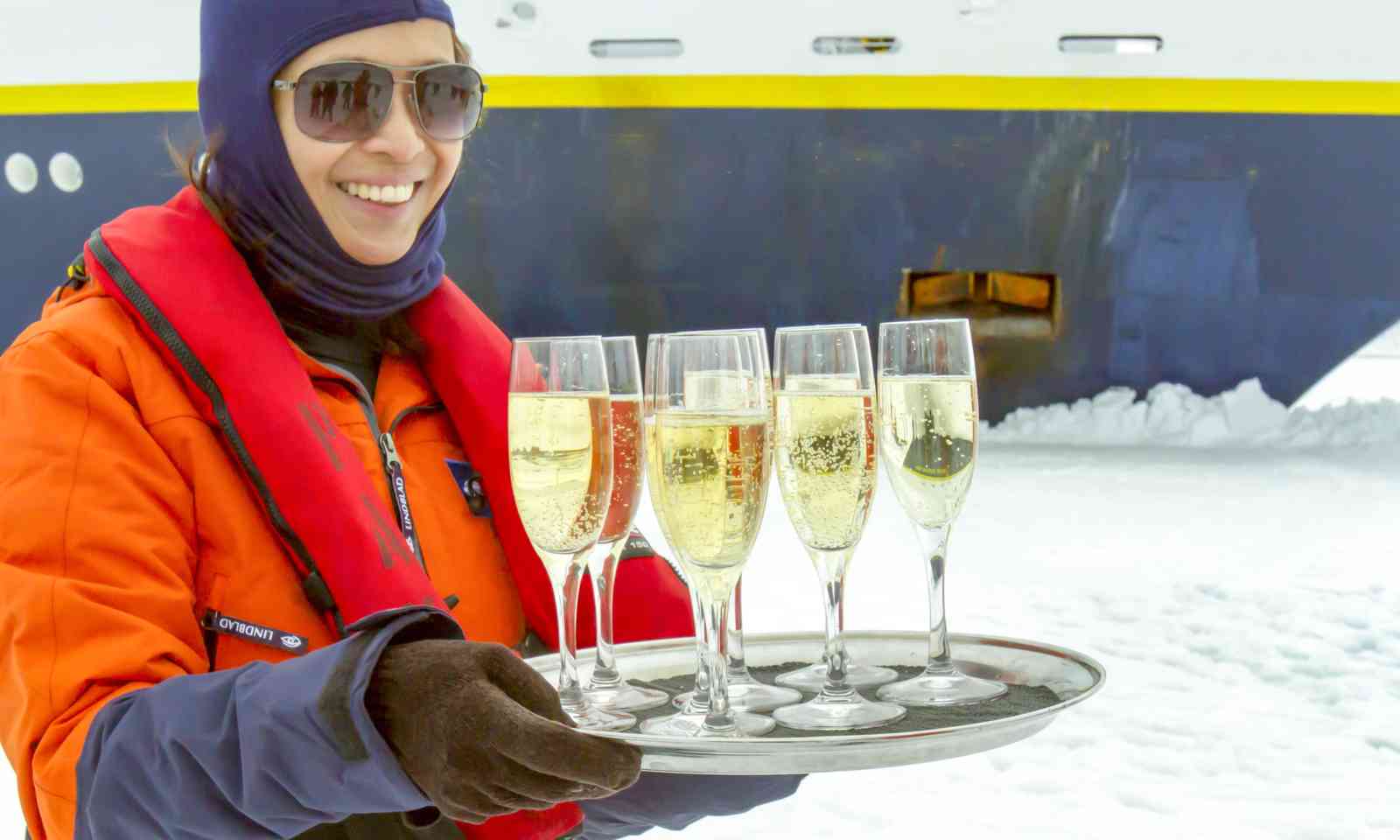 Weather permitting, you’ll enjoy two excursions a day on the Antarctic Peninsula and nearby islands such as Peterman, Livingston and Deception. Back on board, dedicated hotel staff, along with a specialist expedition team, are on hand to make your stay onboard as comfortable as possible.

What makes it special: The ships boast full spa facilities

Don’t just cruise along oft-sailed routes - be part of a real expedition voyage. As a passenger on the sturdy ice-strengthened European cruise ship Ortelius, you’ll travel beyond the Antarctic Peninsula towards the Weddell Sea. Your destination? An Emperor penguin rookery, south of Snow Hill Island, off the peninsula's east coast. 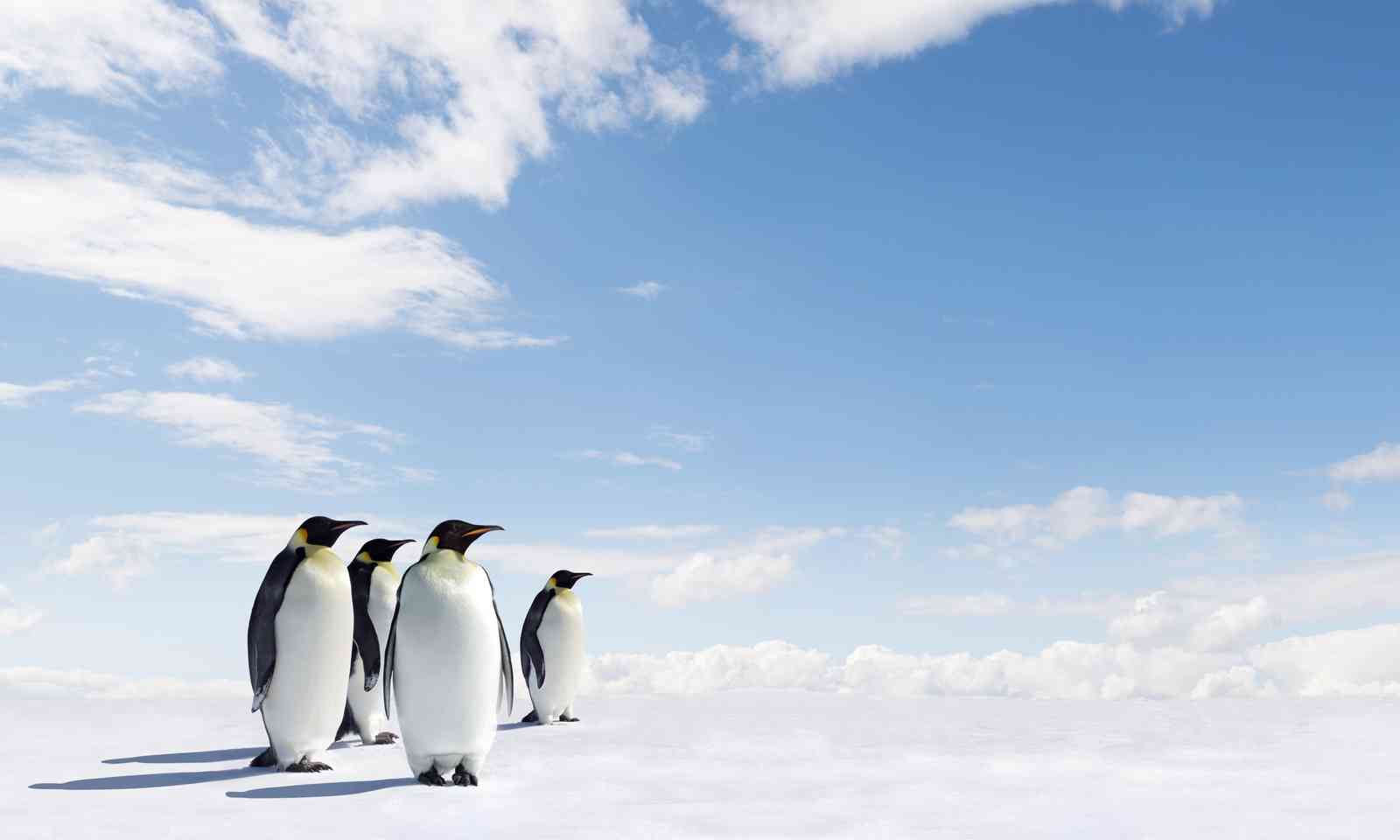 Ice conditions have prevented access to the Emperor Penguin rookery for the last few seasons, but the beauty and emptiness of the rarely visited Weddell Sea, with its striking tabular icebergs and abundant wildlife, make this a memorable expedition.

If the ship doesn't make it as far as Snow Hill island, it will position itself on the edge of the ice to try and spot lone Emperors – the largest and most striking of all the penguin species – heading out to open water, and there may be trips by helicopter to search for individual birds.

Antarctica: In Search of The Emperor Penguin, Journey Latin America