6 unique things to do in the central provinces of Laos

Don’t rush through Laos’ overlooked central provinces, says Wanderlust World Guide Award winner Mark Steadman. Where else could you navigate underground rapids or take a ride in a US air force fuel tank?

One of the largest river cave passages in the world lies hidden in Laos’s Khammouane province. A beautiful emerald pool, dotted with silhouettes of resting fish, marks the start of the adventure. Giant stalagmites and stalactites frame the cave’s entrance like a set of ancient limestone jaws. Beyond lies almost eight kilometres of the Xe Bang Fai River. It crashes over eight sets of rapids as it flows through the darkness. Villagers are wary of the spirits of the caves that dwell inside the darkness. Local boatmen gently oar visitors around stunning rock galleries for a couple of kilometres to the first set of rapids. Beyond here, only kayakers should venture.

The Ho Chi Minh Trail was an elaborate system of mountainous tracks and paths that cut across the Annamite mountains, a rugged 1000 kilometre-long spine that runs through Laos and Vietnam. The failure of the US to halt the supply of weapons, supplies and men along this Trail was a deciding factor in the outcome of the conflict.

The area is stunningly beautiful and still littered with abandoned military vehicles and weaponry. It’s off-road adventure at best; motorcycles and old military trucks make for an ideal way to get around. 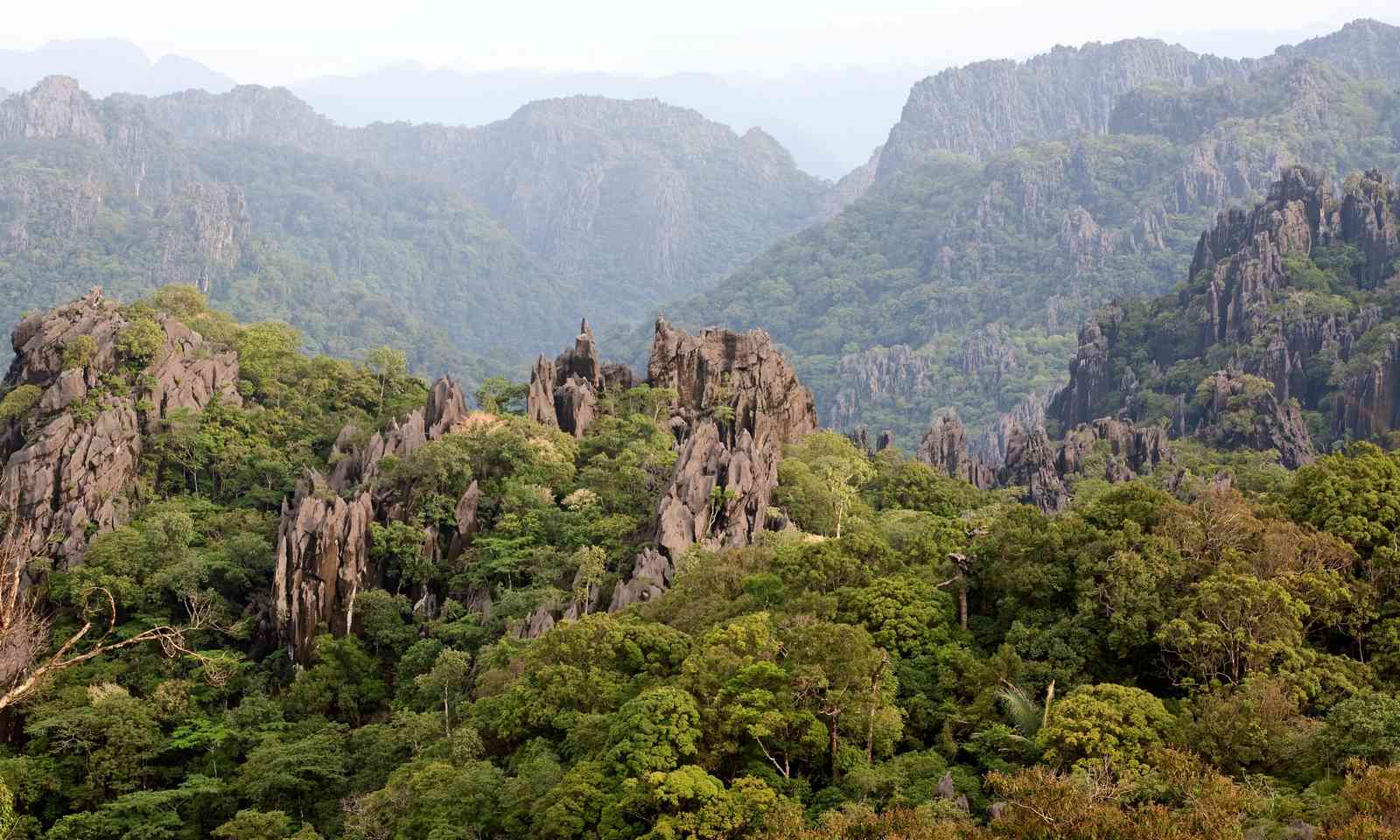 Along the way you will stumble across locals with inspiring tales of survival. I met Lung Ky and his friend, Nya who lived in a cave for nine years at the northern tip of the Ho Chi Minh Trail. Perched together outside the cave, the aging friends recounted the story of their survival and explained how the Vietnamese brought food and even entertainment, in the form of films and traveling artists, to the caves.

They bore no grudges, despite Lum Ky’s father being killed just outside the cave.

"That was war and things were different then," he told me.


3. Ride the rivers in a converted fuel tank

Making use of scrap left over from the war is commonplace in Laos; shell casings double up as flower baskets and stilts for houses. Enterprising villagers in Ban Tha Bak, 70 kilometres from Vietnam, have found a unique way of dealing with abandoned fuel tanks from US warplanes – by turning them into boats.

There are not many places in the world where you can take a ride in a converted fuel tank. The thrill of speeding along the Nam Kadang River in these sleek, aluminum craft is certainly a travel experience unlike any other. Clambering in and out of the boats and wading over honeycombed rocks as the boatmen pull the boats into deeper water is all part of the fun.

Another must-do travel experience is to ride on a wonderfully named Lot Tok Tok. These tractor-trailer combinations are used throughout the country to transport animals, goods and people. It’s the perfect way to experience Laos at the pace it was intended to be explored, filling your senses with the extraordinary sights, sounds and smells along the way.

Thakek is a little Laotian gem. The town was the scene of an infamous massacre of Vietnamese and Lao troops by the French in 1946, before seemingly dozing off beside the Mekong. The town woke up again in 2011 when the third ‘Friendship Bridge’ across to Thailand opened. 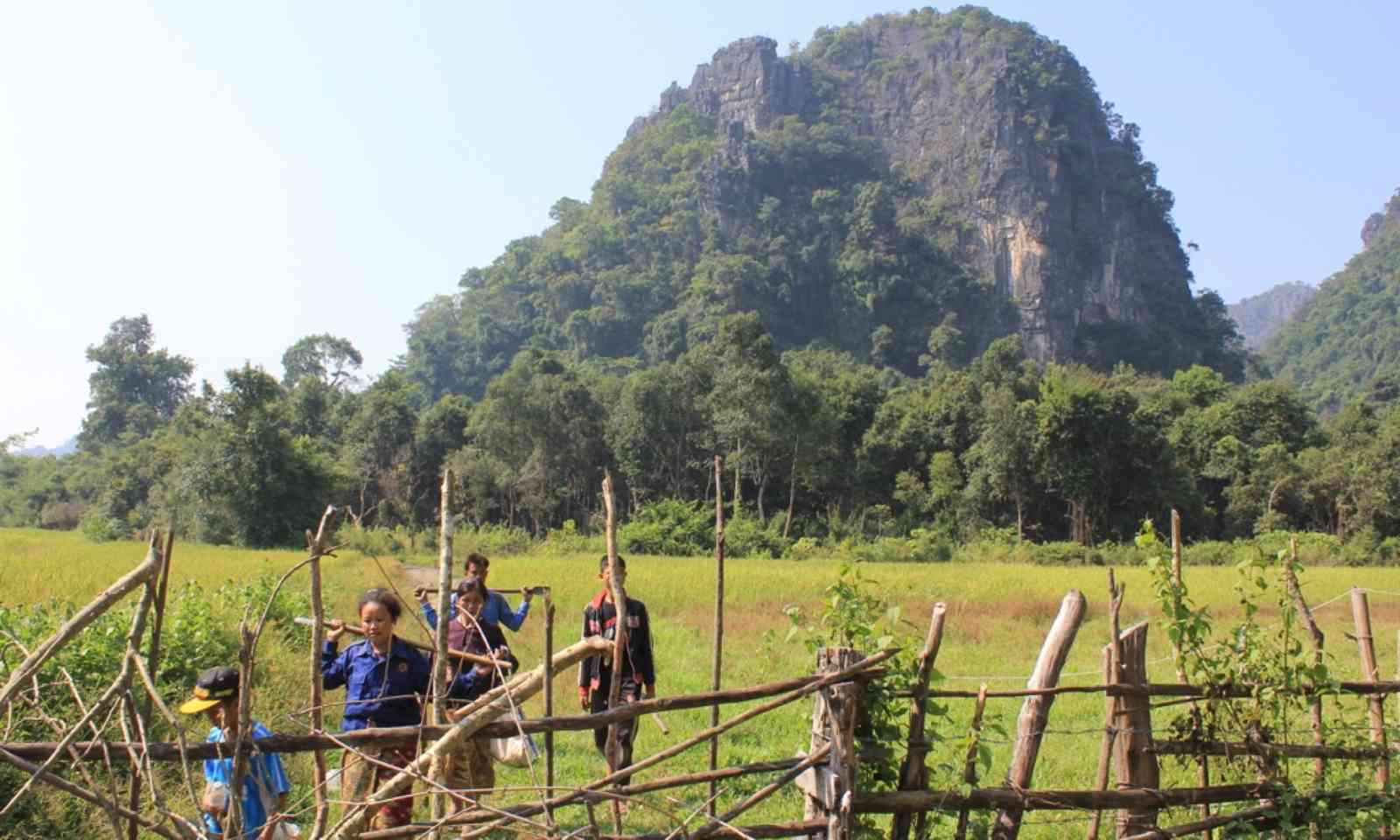 Despite its newfound strategic importance, life moves at a nonchalant pace. Pull up a seat at one of the simple barbeque duck stalls that line the river and watch the sun set over a seemingly different world: the giant buildings, bright lights and communications towers of Thailand.

Thakek is also a great place to kick back for a couple of days and to cycle to explore easy trekking trails, lakes, waterfalls and caves.

A small cave opening, beyond a crystal lake, gives little indication of the adrenalin rush that lies beyond – a seven and a half kilometre ride into darkness along an underground river. The village boatmen skillfully negotiate rapids and whirlpools for an hour, before emerging into brilliant daylight on the other side of the cave. 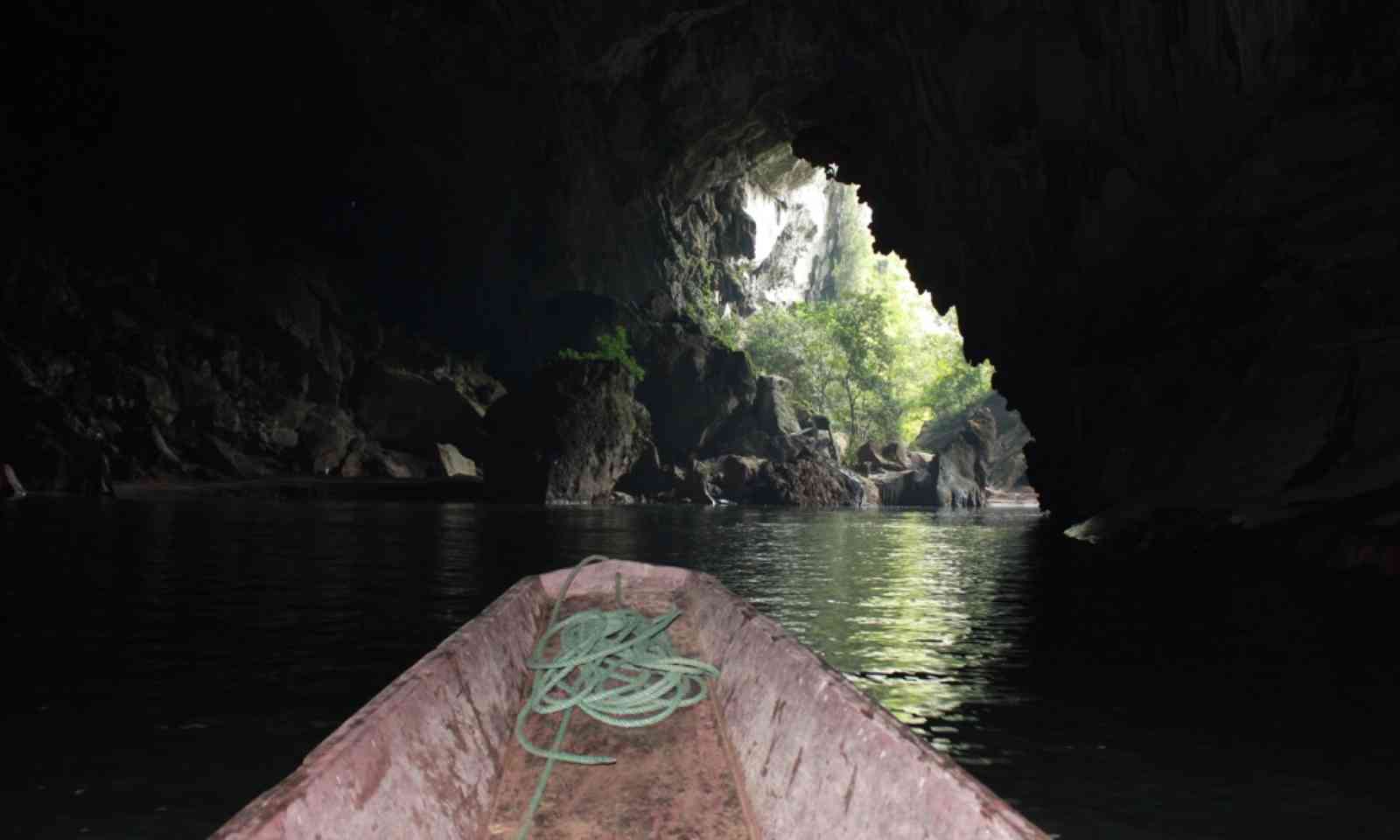 Ready to rumble in Kong For (Mark Steadman)

Inside the 100-metre high cave, you can clamber out of the boat to walk around an amazing gallery of stalagmites and stalactites. Standing knee-deep in a river, several kilometres inside a cave, with a head torch flickering on incredible rock formations, is an experience not to be missed.

The area surrounding Kong Lor encapsulates everything that is wonderful about Laos; the smell of burning wood, mist rising from a trickling river, craggy flat-topped mountains and rice fields filled with friendly villagers. Spend the night at the delightful Spring River resort at the mouth of the cave.

Like its upstream cousin, Thakek, this provincial capital oozes faded charm and yearns for a splash of paint. The guide books say there’s nothing to do, which may be true, but a wander around the old Taalat Yen plaza is a walk through living history, something that is increasingly difficult to do as more and more of the world’s colonial treasures are transformed into soulless restoration projects. An influx of Vietnamese and Chinese settlers has transformed the town into a bit of foodie haven. A local cuisine, of sorts, has developed, including Sin Savanh (grilled sun-dried beef) served with a spicy jeow (paste) or gaeng kathi (orange coconut curry made with pumpkin).  For dessert, try Jeun Kaleem (fried ice cream), washed down with coconut coffee.

For more information and to book your tickets, ­ visit WorldGuideAwards.com.