Sloths are slow-moving furry critters known for their cuteness. Here's a few things you didn't know about them, including their unique qualities, dating habits and yoga skills... 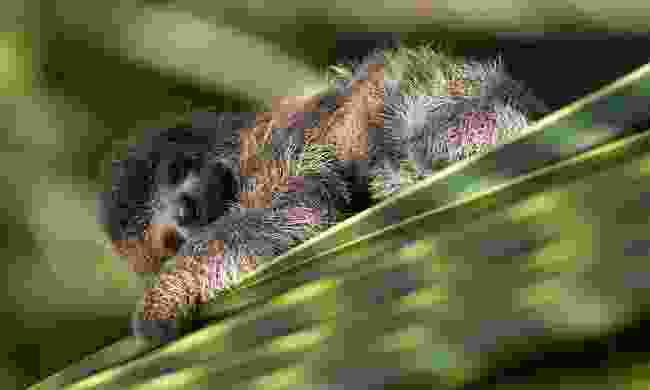 A baby three-toed sloth, looking at you (Dreamstime)

Sloths risk more than getting their hearts broken when they start dating. Lacking smartphone apps and computers, they have found another way to leave a personal ad: their poo.

The female sloths climb down their protective trees, where their camouflaged fur hides them from predators, every day for eight to ten days, instead of just one weekly descent, when they are ready to meet a partner.

While on the loo, they leave a message of their reproductive status for the surrounding area's males, as well as checking out potential partners’ poo in the area. Who said romance was dead?

2. 'Number two' is a big deal for sloths 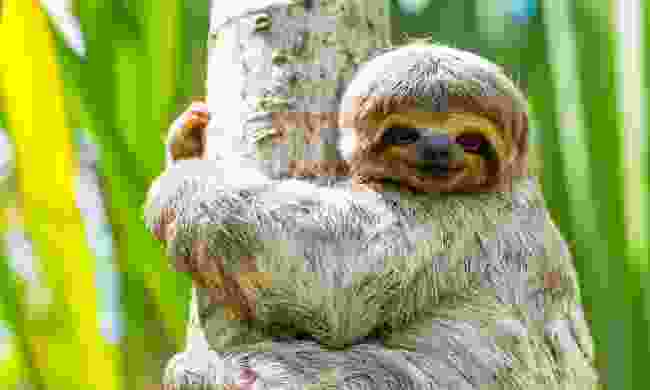 Sloths have to descend their trees to go to the bathroom making it a dangerous business, as many predators lurk around on the ground. It's a good thing they can lose up to one third of their body weight in one go and only need to go about once every seven to ten days. It can take up to 50 days for a sloth to digest its food. 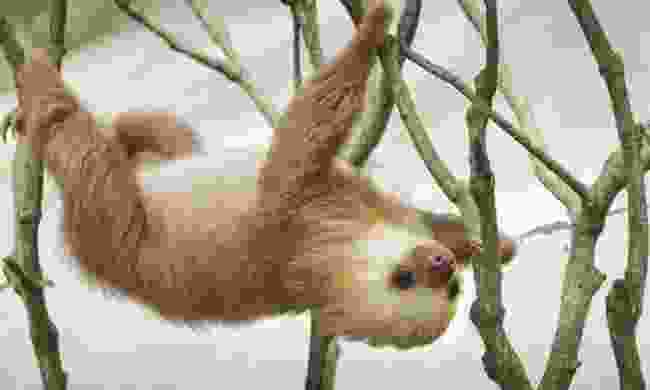 Even though sloths spend most of their time hanging upside down in trees, they are great swimmers. They can move three times faster in water than on land and can hold their breath for 40 minutes under water.

Unlike many other mammals, sloths have the capacity to slow down their heartbeat to one third of its normal rhythm, so they can hold the breath for longer.There must be a few freedivers who wished they could do the same thing.

4. Sloths can be fussy eaters 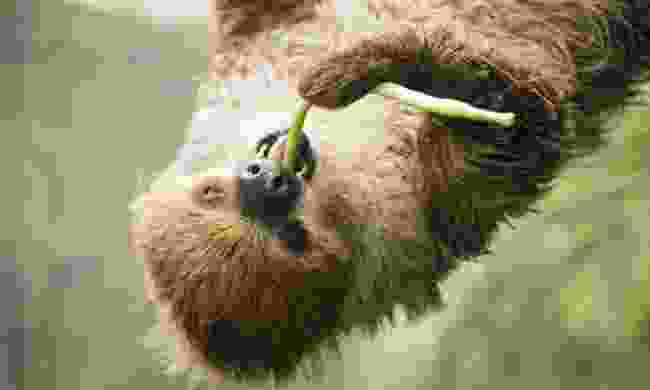 There are two types of sloth: the three-toed and the two-toed. Even though both of them have the same number of toes (three), there are vital differences between them.

More important is the fact that the slightly smaller three-toed sloths are really picky eaters. These ones cannot live in captivity, as they only eat the leaves from the trees where they were born. 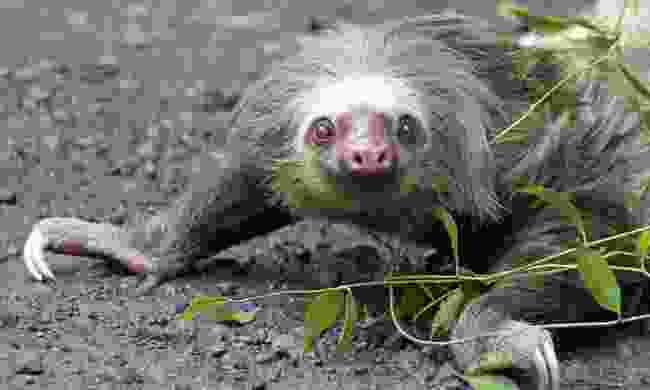 Spending a fortune at the hairdressers is not necessary with hair quality like the sloths'. Their hair is folded in half, so algae can grow on it, while fungus grows and beetles, cockroaches and moths all nest on them.

Up to 120 moths crawl around on some sloths. The small friends and plantlife living on the sloths helps the furry creatures to hide from birds that prey on them, such as eagles. It’s the perfect camouflage for a creature who famously doesn't move around too quickly. . 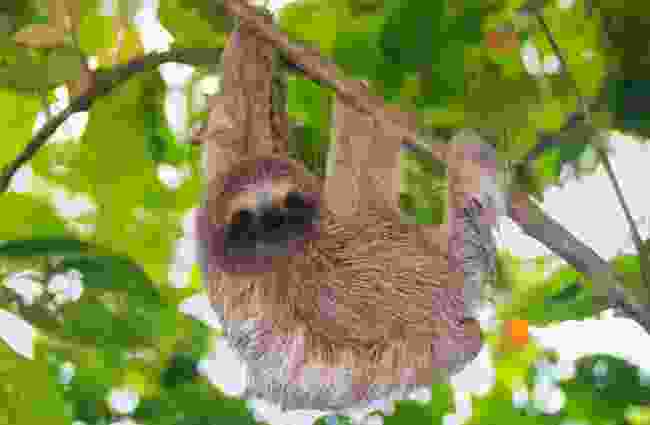 Like most of us, sloths love their sleep. Even though wild sloths in South and Central America have pretty much the same sleep routines as humans (eight to nine hours), those in captivity can sleep for 20 hours a day.

The stiff lifestyle doesn’t affect their flexible necks, however. The three-toed sloths can turn their heads 270 degrees, an attribute yoga devotees probably be able to master, no matter how many hours they put in on the yoga mat. The sloths’ secret: they have an extra vertebrae in the neck.

Sloths are found in South and Central America. They depend on trees in tropical forests for shelter and food, and, due to deforestation, some of them live under threat. There are six species: Pygmy three-toed, Maned sloth, Pale-throated sloth, Brown-throated sloth, Linnaeus's two-toed sloth and Hoffman's two-toed. Panama's Pygmy Sloth in Isla Escuado de Veraguas is critically endangered and the Maned Sloth in Brazil is vulnerable.

One day every year in October, we celebrate this cute slow-moving animal.