From giant slides to Victorian horse-drawn cart tours, get a new perspective on London with these unique experiences

1. Abseil or slide down the ArcelorMittal Orbit

When the ArcelorMittal Orbit was built to commemorate the London 2012 Olympics, nobody was quite sure what it was for. It looks like a giant helter skelter, the kind of loopy slide you find at a fun fair – but we were all told it was just a sculpture. Until now... Londoners' prayers have been answered: plans to turn it into a ridiculously high slide have just been announced – almost 180m in length, circling around the tower five times before ending in a 50m straight stretch to the bottom. 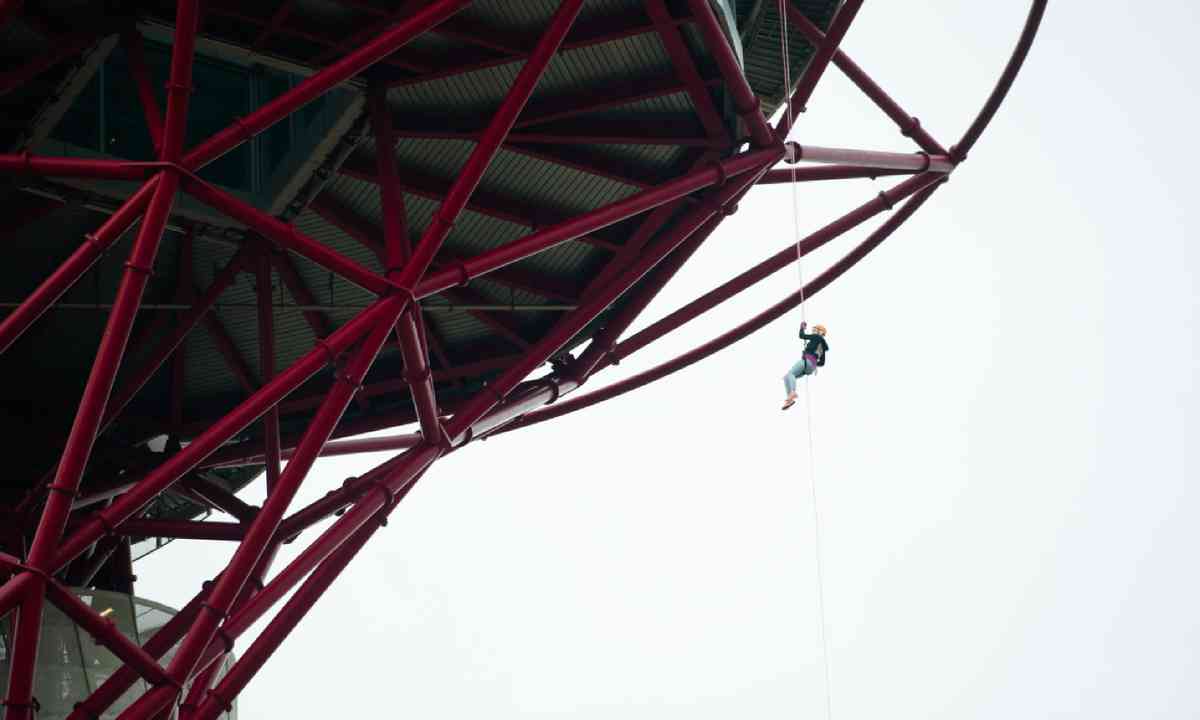 The slide is set to open in 2016, but in the meantime you'll find equally vertiginous thrills and spills on an abseil trip down the tower. Dangling over the edge of the 80m-high upper viewing platform, you'll be able to see the Gherkin, St. Paul's Cathedral, Canary Wharf and Wembley Stadium – before descending backwards down the tower's outer reaches. It doesn't look too high from afar, but trust us – it's high enough!

2. Beachcombing on the Thames riverbank

The Thames is the lifeblood of London: no visit to the capital is complete without a gawp at the majestic buildings that line it or the ornate bridges that span it. But when you've gorged on views of Westminster, Tower Bridge and the twinkling London Eye, turn your attention to the riverbank itself... 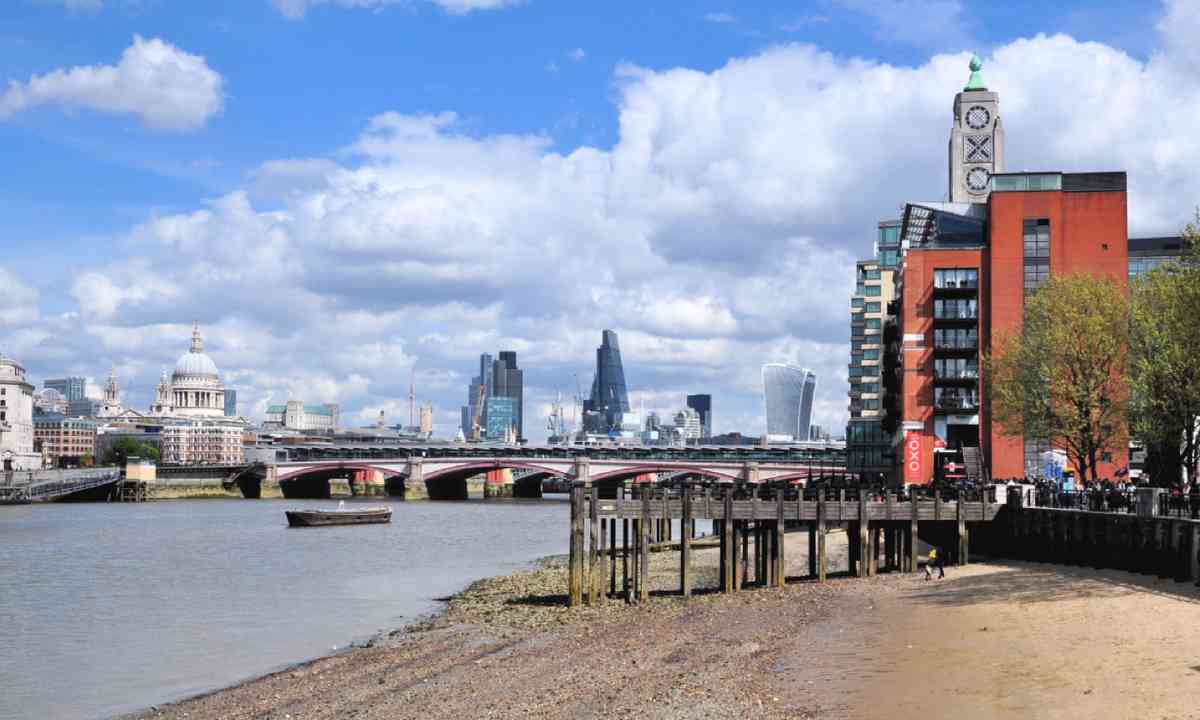 London Walks' Thames Beachcombing tours are like a mini archaeological dig. Armed with latex gloves, you're encouraged to go scavenging for treasures in the sand, then bring them back to be identified by your expert guide. You'll unearth remnants of London's past all along the shore: Medieval roof tiles perhaps, an Elizabethan clay pipe, or maybe even an 8,000-year-old piece of Mesolithic London. A fascinating hands-on history lesson.

The East is renowned for its rich underground art culture: it's where street art heavyweights like Banksy and D*Face cut their teeth in the Big Smoke – but you need to know where to look. Enter Alternative London, and their Street Art Bike Tour – a two-wheeled mooch around the East End's best bits, digging out the finest urban art. 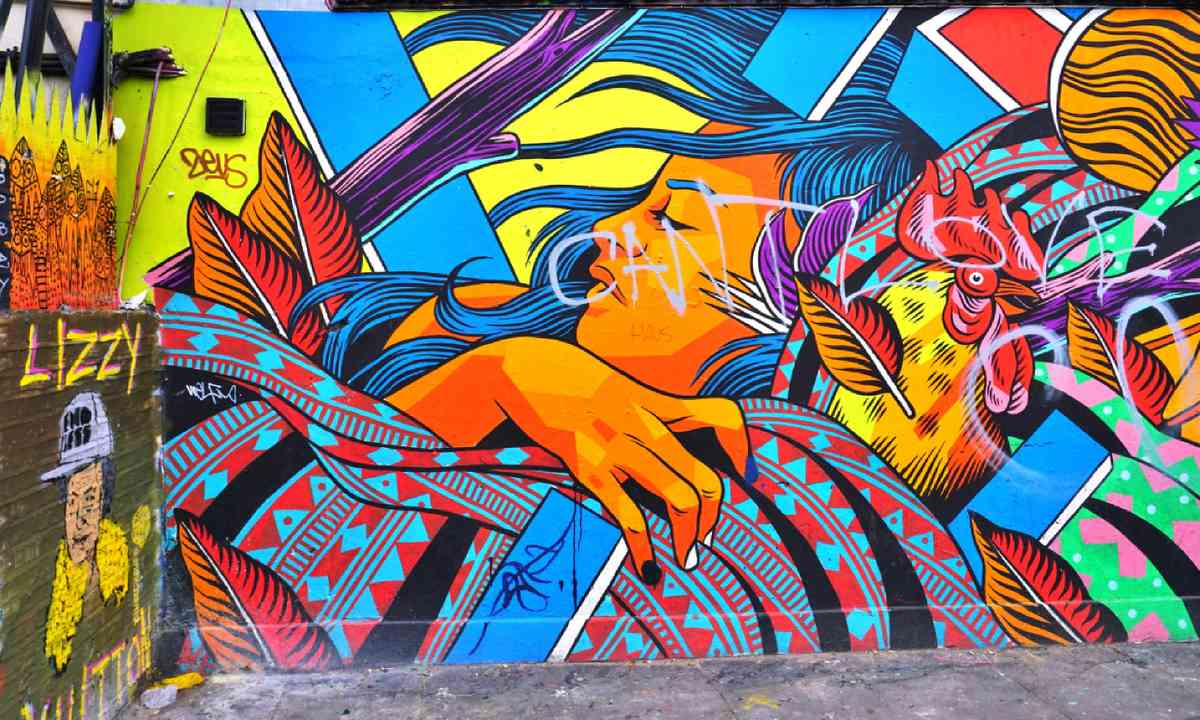 You'll pedal along the quiet roads and cycle paths of Brick Lane, Shoreditch, Hoxton and Hackney, stopping to see over 100 works of all shapes and sizes. Daubed on the sides of buildings, underneath bridges and even off-road, these contemporary treasures reveal the colourful underbelly of London's arty East.

You'll often spy helicopters soaring over London, whisking their well-heeled passengers to executive meetings or glamorous parties – and now you can join their exclusive ranks. If you've got a head for heights, a flight with The London Helicopter is the best way to see the sights: you'll feel part James Bond, part Russian oligarch – and 100% smug. 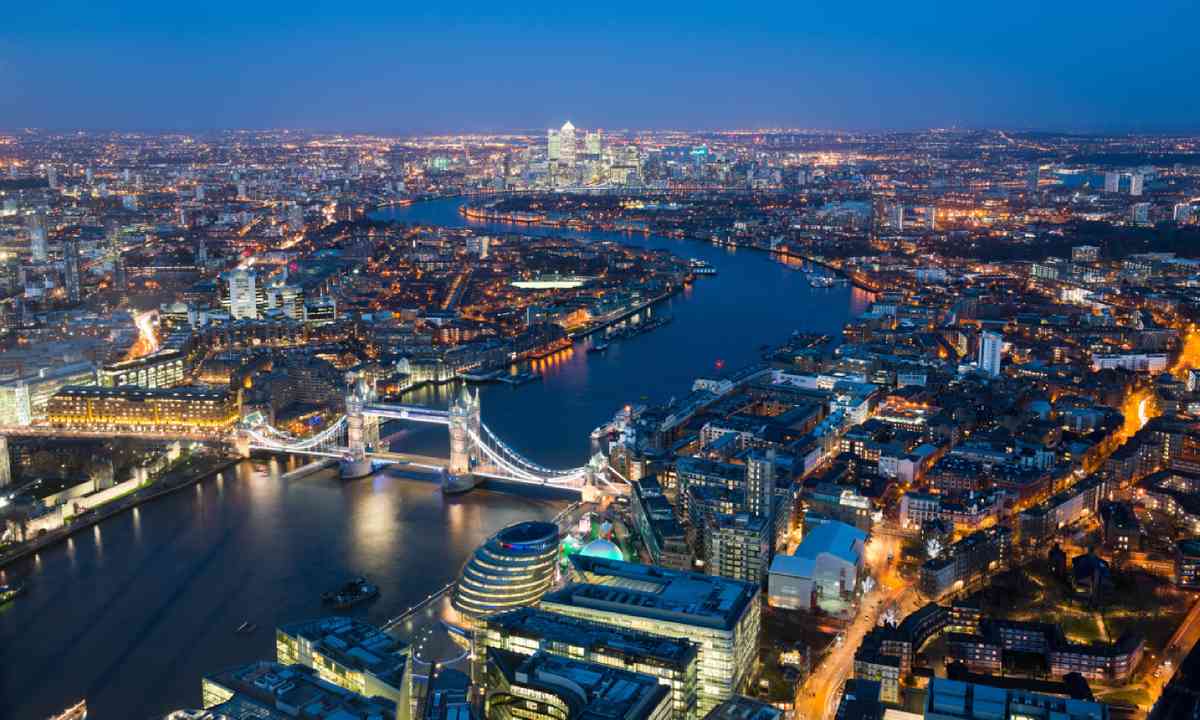 Look down at all those ant-sized city dwellers below, and revel in your chi-chi surroundings: from up here, you can see all the way from Canary Wharf to the Royal Albert Hall – with the Houses of Parliament, Buckingham Palace, St Paul's Cathedral and The Shard in between. Better yet, a seat on a chopper tour costs from just £150 – and if you're in a group of 6, you can hire the whole thing for £700.

Emirates is well known for its airline, so who better to sponsor the lofty gondolas that span the Thames in East London? You can hop from the Greenwich Peninsula to the Royal Docks on the Emirates Air Line, swinging slightly in the breeze as you gaze out from your own private cabin. Sure, you could take the Jubilee Tube line and the DLR to get across the river, but where's the fun in that? 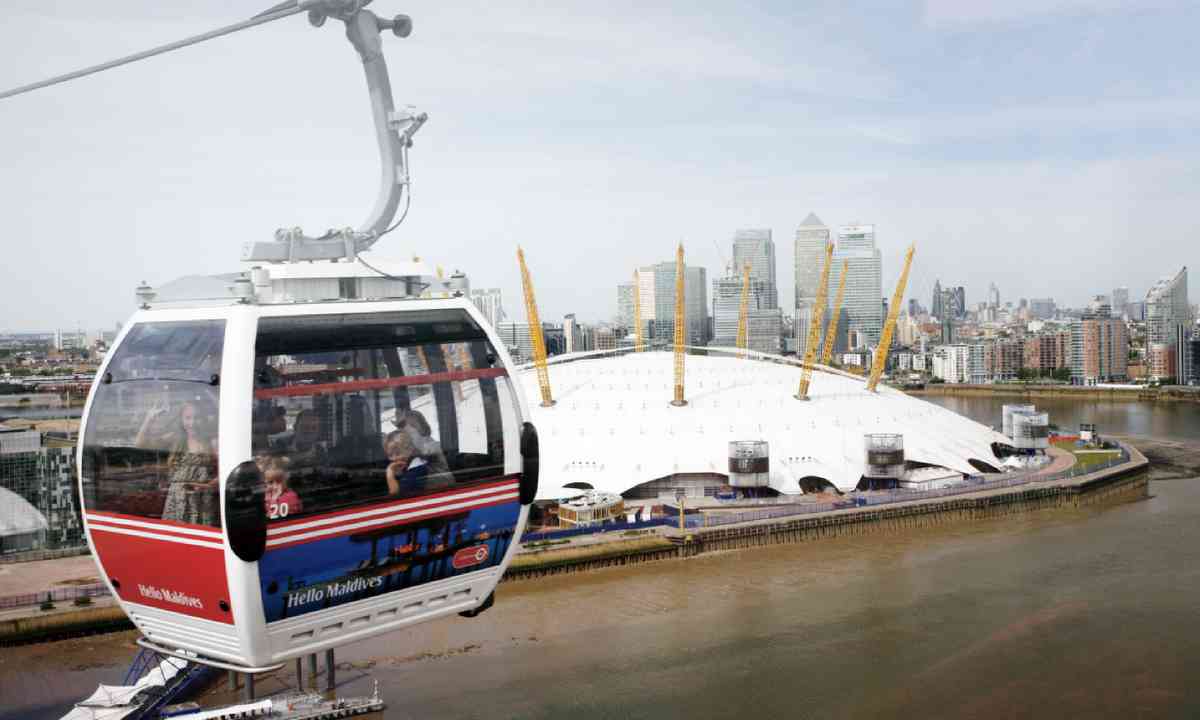 A normal single fare costs just £4.50, or £3.40 if you have an Oyster travel card – not bad for such privileged views over London and the Thames, with great aerial vistas of the spaceship-like Millennium Dome (or O2 Arena as it's now known). Splash out on a Discovery Experience (£8.40/£10.70) for a round trip on the cable car, 'inflight guide' and entry to the Emirates Aviation Experience – a must-visit for every aviation fan.

Stanfords has been selling travel books in Covent Garden for over 114 years (it's one of our favourite shops), and now it's harking back to its Victorian roots with horse-drawn omnibus tours of the capital's icons – taking in the Royal Opera House, Trafalgar Square, Piccadilly Circus and more. 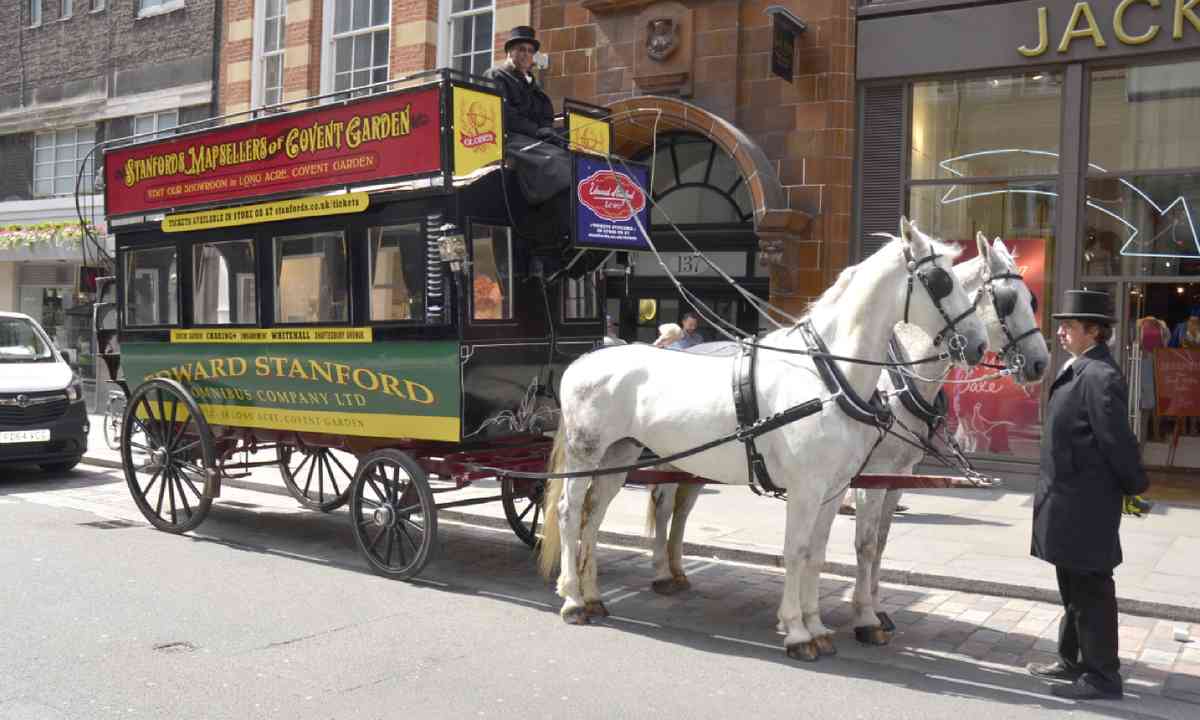 You'll ride through London at a leisurely (and camera-friendly) pace, with two trusty steeds at your helm. Sit atop the Victorian-style carriage for superlative views, or huddle inside for an authentic (and rain-free) experience. Tim Wood, who supplies the carriages and horses, has been producing tours like this for over 25 years – so you know that the horses are well cared for and happy.

Like this? Don't miss...
10 things to do for free in London | Make your pounds go further!
London's unique choices for afternoon tea | Unusual spots for a delectable bite
The Wanderlust guide to the best of London | Insider tips for this superlative city