It’s only 300 miles long but the Illinois stretch of Route 66 is jam-packed with attractions. Here are five of the best...

Located in an old church on the original route, the Joliet Area Historical Museum celebrates the role the Mother Road played in the city’s history with a Route 66 Welcome Centre and a permanent exhibition, The Route 66 Experience.

The exhibition features rare photos and memorabilia, as well as “car couches” equipped with radios that play 1950s music and a drive-in movie theatre showing projected images of the Mother Road. Have your picture taken with Jake and Elwood from The Blues Brothers. 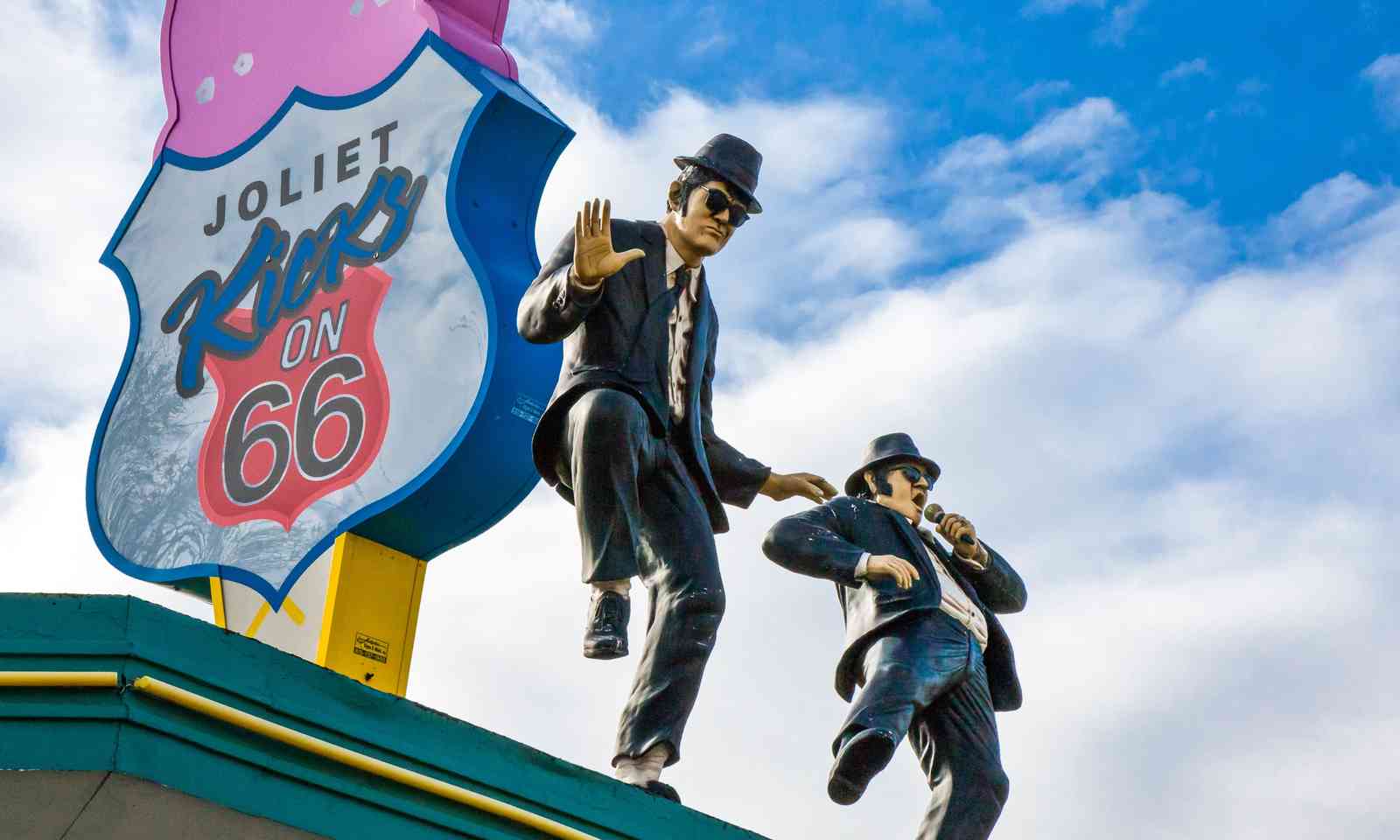 The Blues Brothers on Route 66 in Joliet (Shutterstock.com)

The museum chronicles the history of Joliet and surrounding Will County. There’s a section celebrating Joliet-raised NASA engineer John C. Houbolt, an important member of the Apollo missions. (It was his idea to use a lunar module to shuttle astronauts to and from the moon surface.) The display includes a Lunar Lander simulator where you can try your handing at landing on the moon.

There are 31 Illinois Route 66 Wayside Exhibits, each placed at a historically significant site throughout the state. These colourful kiosks use pictures, audio and illustrations to tell the story of Route 66 in Illinois. Tick them off for a fuller understanding of what the road meant to these small towns and local businesses. 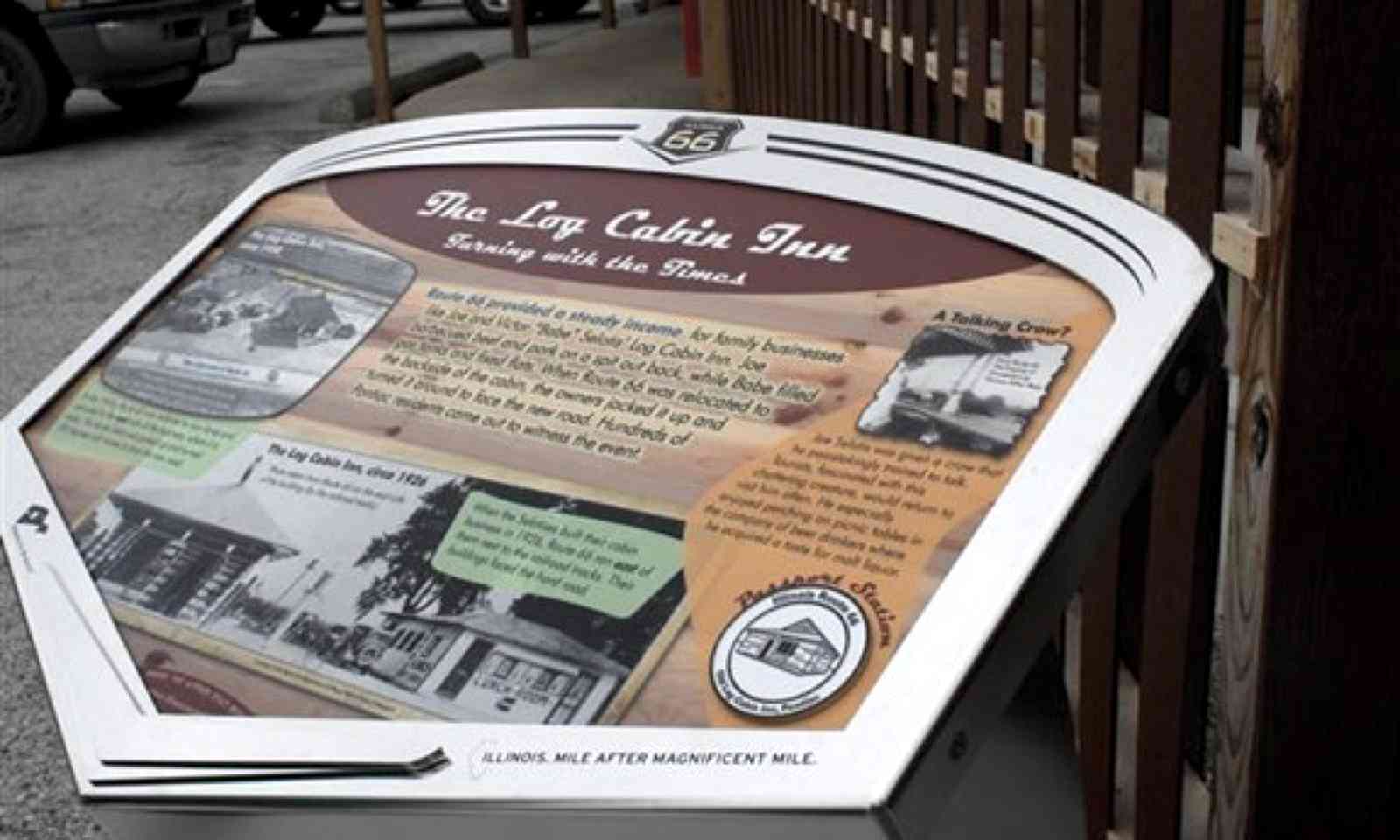 Many of the exhibits are outside landmark eateries, allowing you to get a real flavour of Route 66 at the same time. Try a Cozy Dog at Springfields Cozy Dog Drive In. Enjoy an old fashioned ice-cream in Doc’s Soda Fountain in Girard. Or try a slice of ‘made-from-scratch’ coconut cream pie at the Palms Grill Café in Atlanta. Each establishment remains faithful to the road’s glory days, giving you a real taste of what it must have been like to travel across America in those times.

See the finest collection of memorabilia from the historic Mother Road in Illinois at the Route 66 Hall of Fame & Museum in Pontiac. The free-admission Hall of Fame features nostalgic photos and displays as well as the world's largest Route 66 shield. 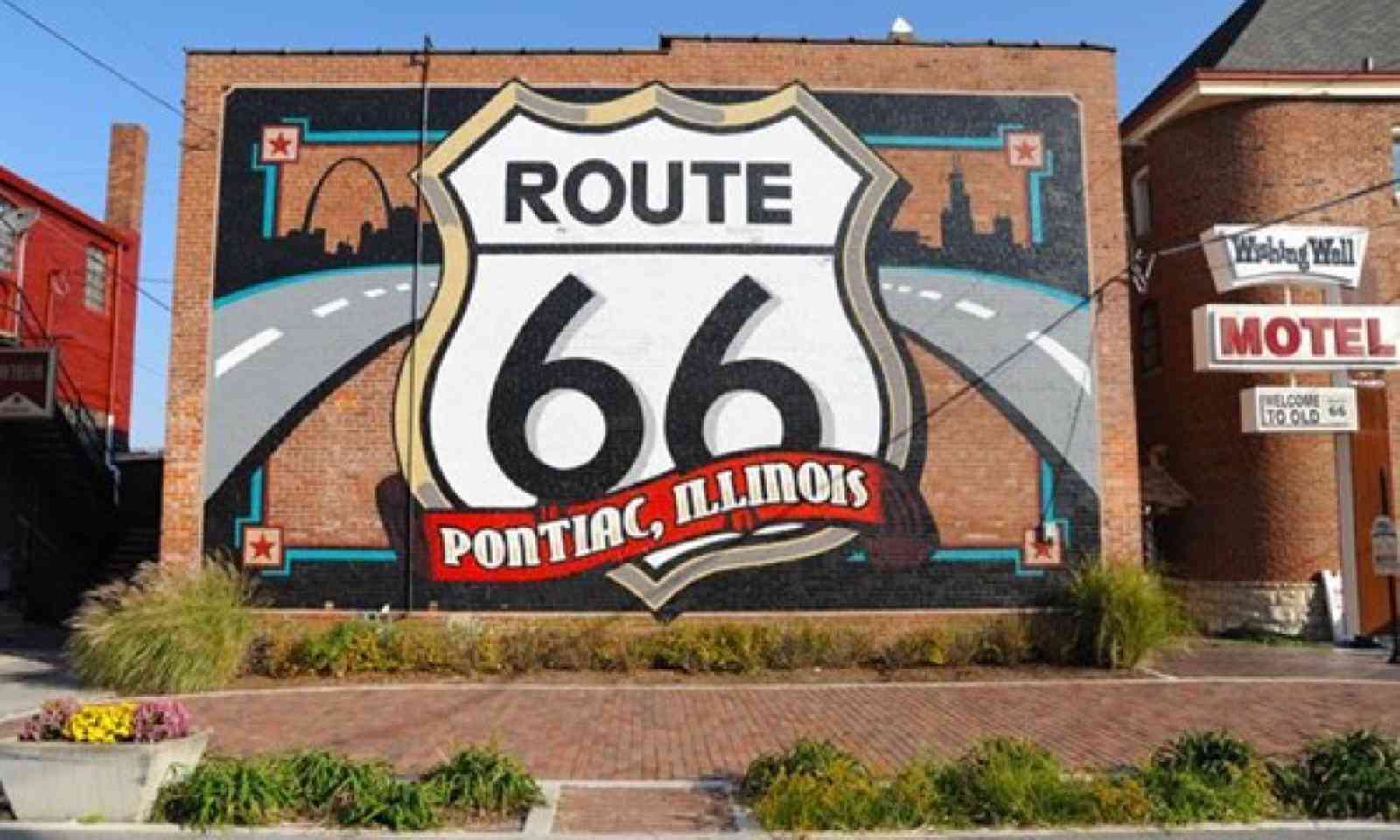 The highlight for any Mother Road pilgrim is the exhibition dedicated to Route 66 artist and icon Bob Waldmire. Bob drove the highway for decades making whimsical sketches of what he saw and sowing the seeds of nostalgia that bring pilgrims to the road today.

Both his ‘road yacht’ (a converted bus) and VW campervan are here, as well as knowledgeable guides who will point out the two boxes under the van where Bob stashed his pot, reputedly keeping away curious cops by telling them that was where he kept his snakes.

If you want to experience the Mother Road in all its original bumpy glory, head to Auburn. Made from red bricks, this section of the road was built in the 1930s and is listed on the National Register of Historic Places. 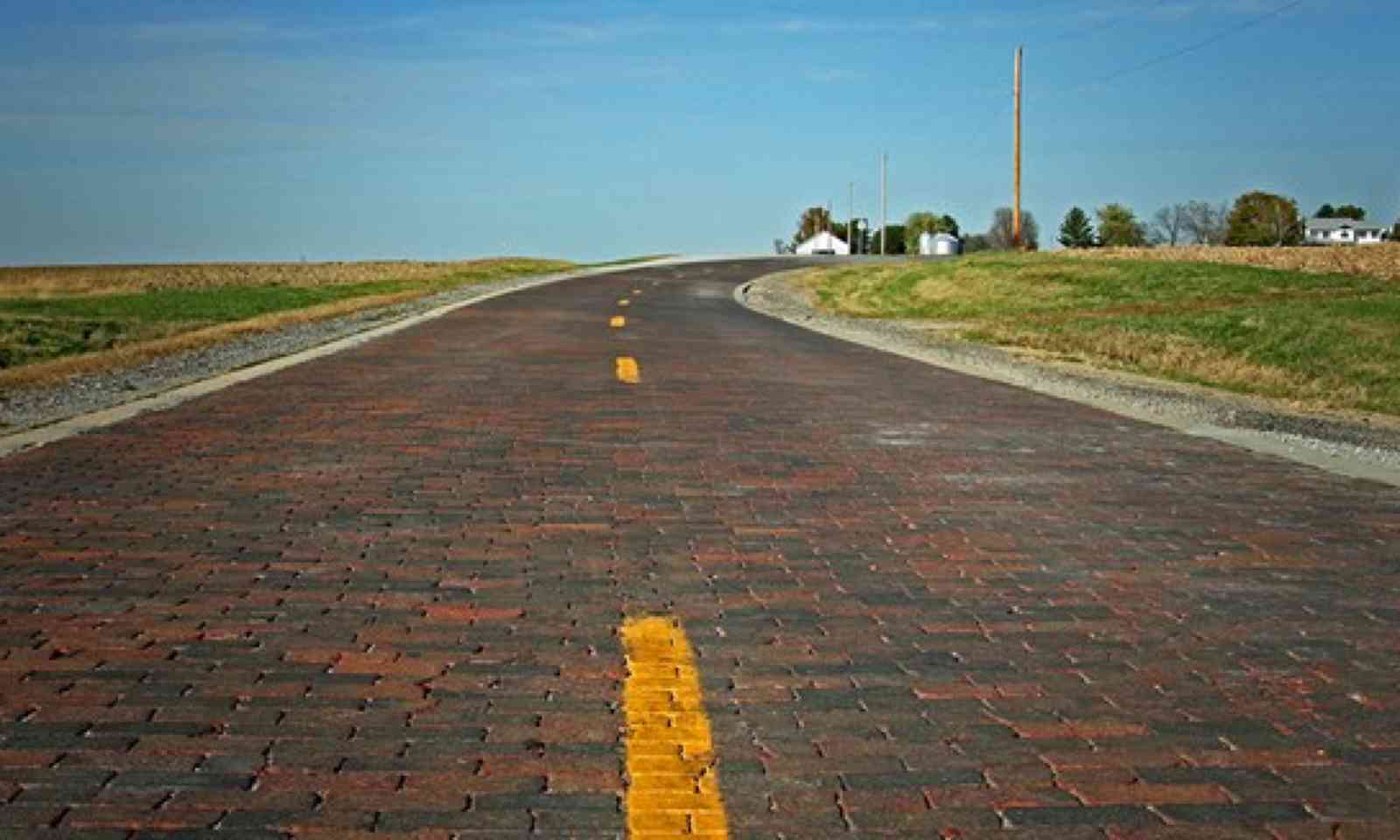 The road here is a well-preserved example of Route 66's early years and illustrates early highway era construction methods. It’s only 1.6 miles long, which is perhaps for the best. Your car’s suspension probably couldn’t take much more.

Every September the streets of Springfield Illinois are transformed as car enthusiasts converge to celebrate the International Route 66 Mother Road Festival. The city comes alive with the rumble of engines from hot cars, cool trucks, vintage motorcycles, street rods, customs and everything in between. 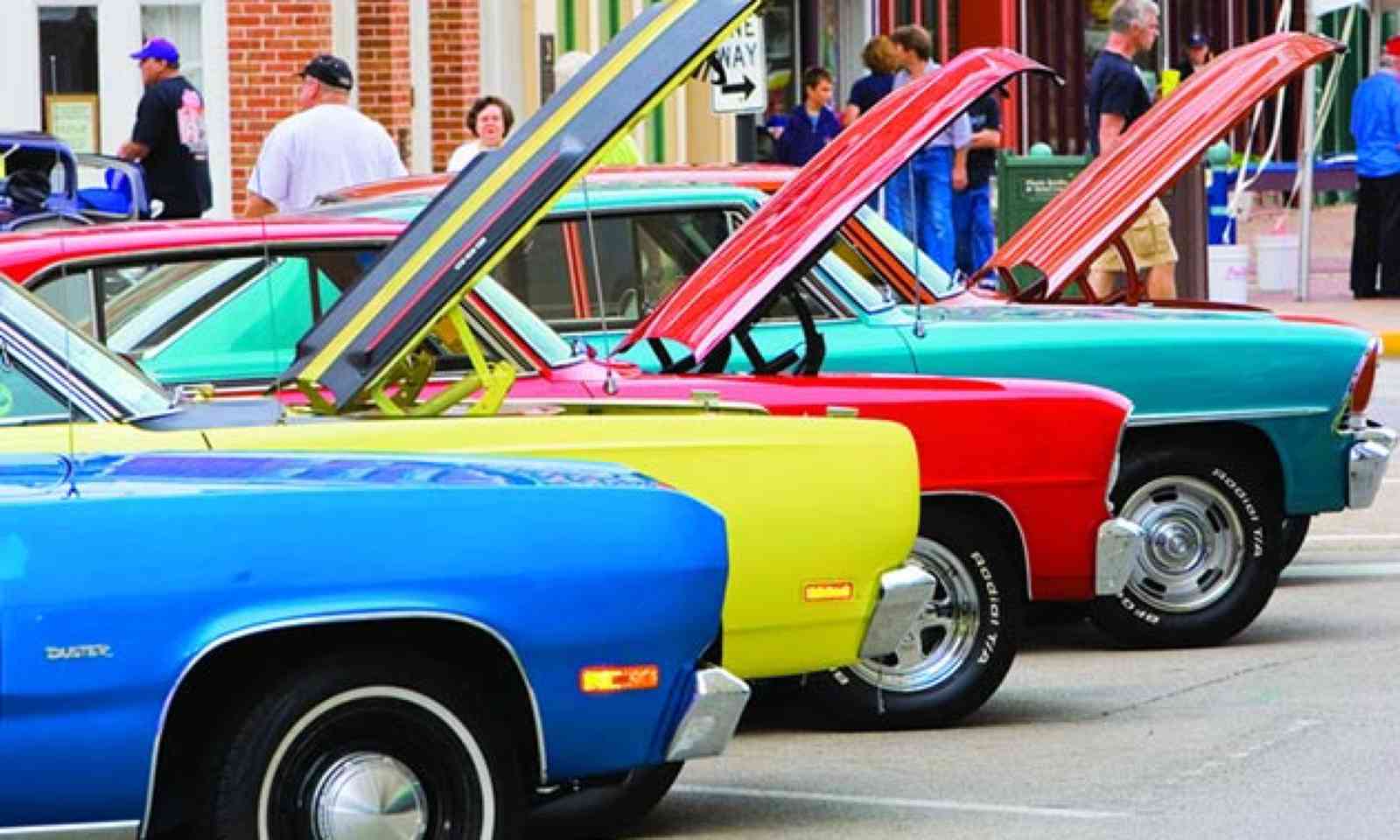 The festival is held over three days and celebrates the past, present and future of Route 66. There are outdoor stages with live music, Route 66-themed kids' activities, and Route 66 ‘celebrities’ and celebrations. It’s the perfect chance to mingle and chat with fellow Route 66 enthusiasts.

For more information on planning a road trip on Route 66, visit www.enjoyillinois.co.uk.