Has the new David Attenborough series got you hankering to visit the Great Barrier Reef? Here are five different ways to explore it 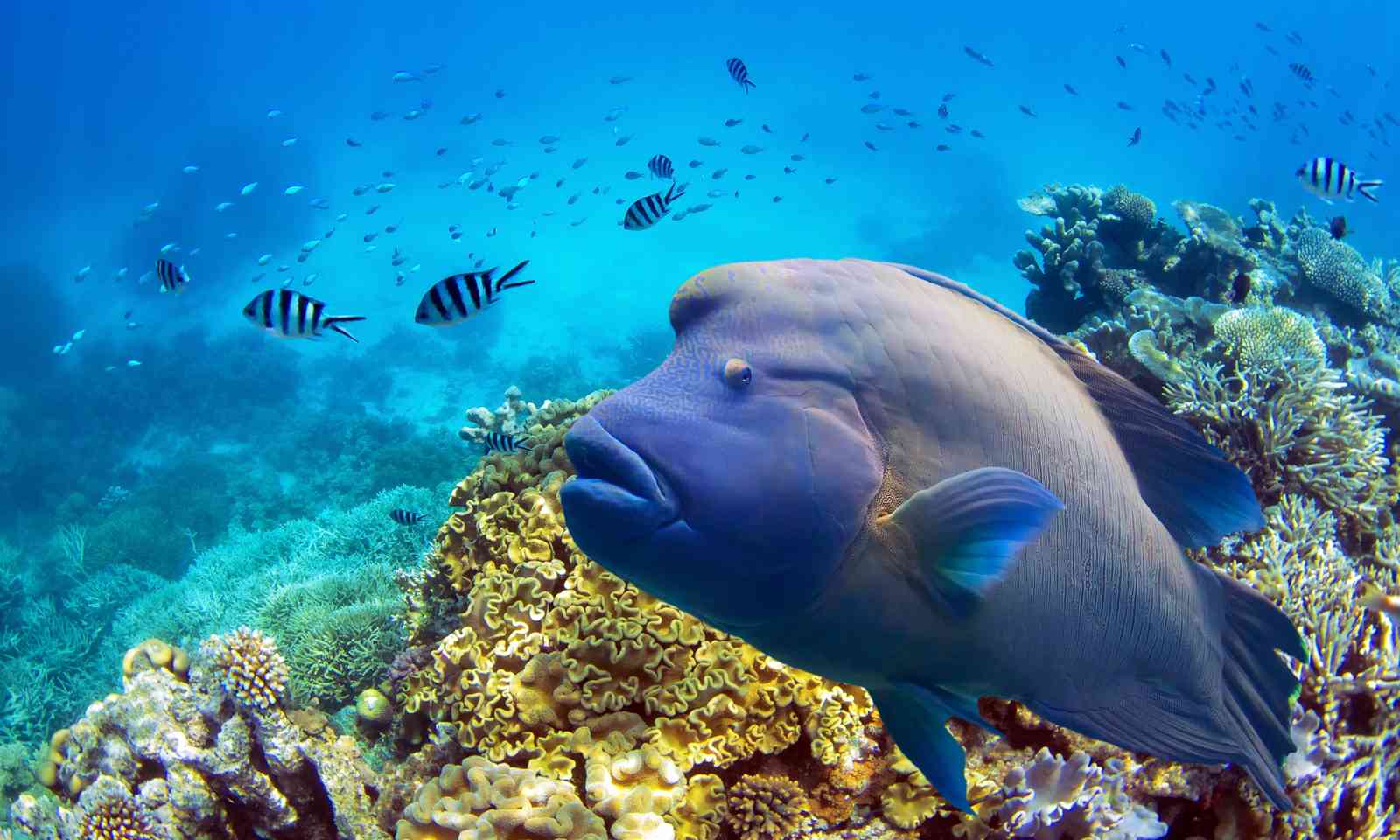 1. View the reef from a submarine

Touching down into the silver-green surf by seaplane in the coral cay of Heron Island, the first thing that strikes you is the sound of birds. Lying 45 miles off Queensland’s Capricorn Coast at the southern end of the Reef, this swathe of pristine wilderness is a wildlife-watcher’s paradise. It’s like stepping onto the set of Hitchcock’s The Birds – the trees are full of terns’ nests and shearwaters, seagulls and herons patrol the pathways and lawns like wind-up toys – thousands of them.

At low tide, you can walk directly from the beach to the edge of the reef and see starfish, sea anemones and lemon sharks. The charm of this tiny island that serves as a wildlife sanctuary is its raw, rugged beauty. Everything about it is low-key and simple, including the rustic cabins, motel-style rooms and self-catering flats.

Another joy is an abundance of inventive activities: reef walking, stand-up paddle boarding, night diving and exploring the bottom of the ocean in a Jules Verne-style viewing semi-submarine vessel. As we floated through this dreamlike water world, our skipper Steve, who does doubles as a diving instructor, pointed out the dazzling sea life teeming beneath the surface.

There’s also a working research station, where you can monitor visiting turtles and nesting seabirds. Aside from a single pay phone, there are no TVs and wifi and you feel completely off the grid. 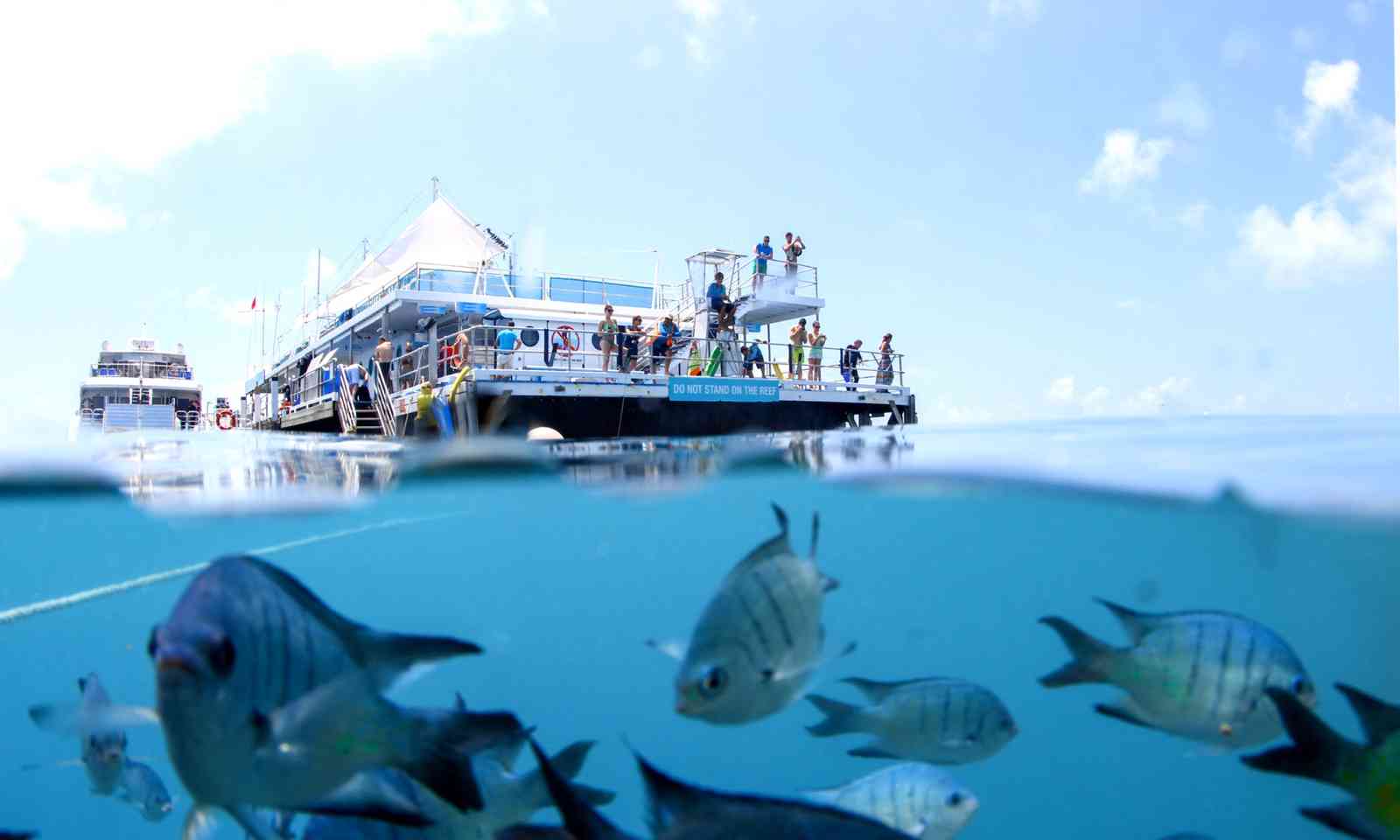 2. Camp out under the stars, on the ocean

Not many people know that you can spend the night on the Great Barrier Reef sleeping on a pontoon. Moored at the outer Hardy Reef, the two-storey floating Reefworld pontoon feels like it’s perched on the edge of the world. It’s accessible from Airlie Beach via Cruise Whitsundays.

Once the day-trippers leave, you’re left with just eight other guests and small crew to enjoy the peace and calm on your own ship. As the sun goes down, everyone shares a communal candlelight dinner surrounded by the silence of the ocean. Afterwards there are cocktails and stargazing on the deck or watching the fish in the underwater observatory.

Falling asleep in a cozy, cocoon-like swag, a low tent with a viewing panel, on the sundeck, is thrilling and a little like glamping on the sea. Aside from the wind, the lapping waves and the seabirds hitching a ride along the rails, it’s strangely quiet and moodily atmospheric. Among the many highlights is seeing a sea turtle feeding off the algae beneath the pontoon and taking the morning helicopter ride for a seabird’s eye view of the reef. At nightfall, sea turtles come out to nest at Mon Repos National Park near Bundaberg on Queenland’s sub-tropical central coast. Wandering around on an intimate guided tour, we scour the beach for turtles.

As it’s the biggest turtle rookery in the South Pacific, it doesn’t take long before we see one making her way ashore. Under the light of the moon, I spent an evening watching a giant green sea turtle digging her nest using her back flippers and laying her eggs. “She’s in a trance during this nesting ritual and doesn’t notice us,” explained ranger Cathy Gatley.

But when the hatchlings emerge from eggs to dash towards the sea “only one in a thousand will survive. If the gulls don’t get them, the sharks will.” The real stirring moment, however, was watching this lone turtle scrambling across the sand back into her ocean home. 4. Stay on a reef island with lush forests and mellow locals

Hamilton Island is a small town on a tropical island with a handful of resorts and private homes. Much of its appeal is its location smack in the middle of the Reef and the beach community coziness.

The buzzy waterfront beside the marina is dotted with shops, cafes, bakeries, a bowling alley and pubs with mellow locals, along with a charming white-clapboard steeple and a little lighthouse on atop a hilltop. There’s a variety of accommodation, from the affordable Sea View Hotel and luxurious villas facing Catseye Beach to wooden beach shacks tucked beneath a canopy of palms.

But the best value is gathering some friends and renting one of the cliff-top private houses. With few cars on the island, golf buggies are the main mode of transport allowing you to zoom around the curving roads and secluded coves at your own pace. In between all the usual diving safaris and sailing trips, the island offers infinite adventures, such as guided bushwalks up Passage Peak through blue-gum forests at sunrise or sunset when the wallabies, tree kangaroos and kookaburras venture out.

At the end of the day, everyone heads to the bar-cum-lookout on One Tree Hill, the highest point named after the lonely old fig that clings to it, to toast the sunset and watch flying foxes swooping across the skies. In the morning, breakfast with koalas at the island’s wildlife rescue centre, where these cute little bears hang out in the trees among the diners, is another unexpected thrill. 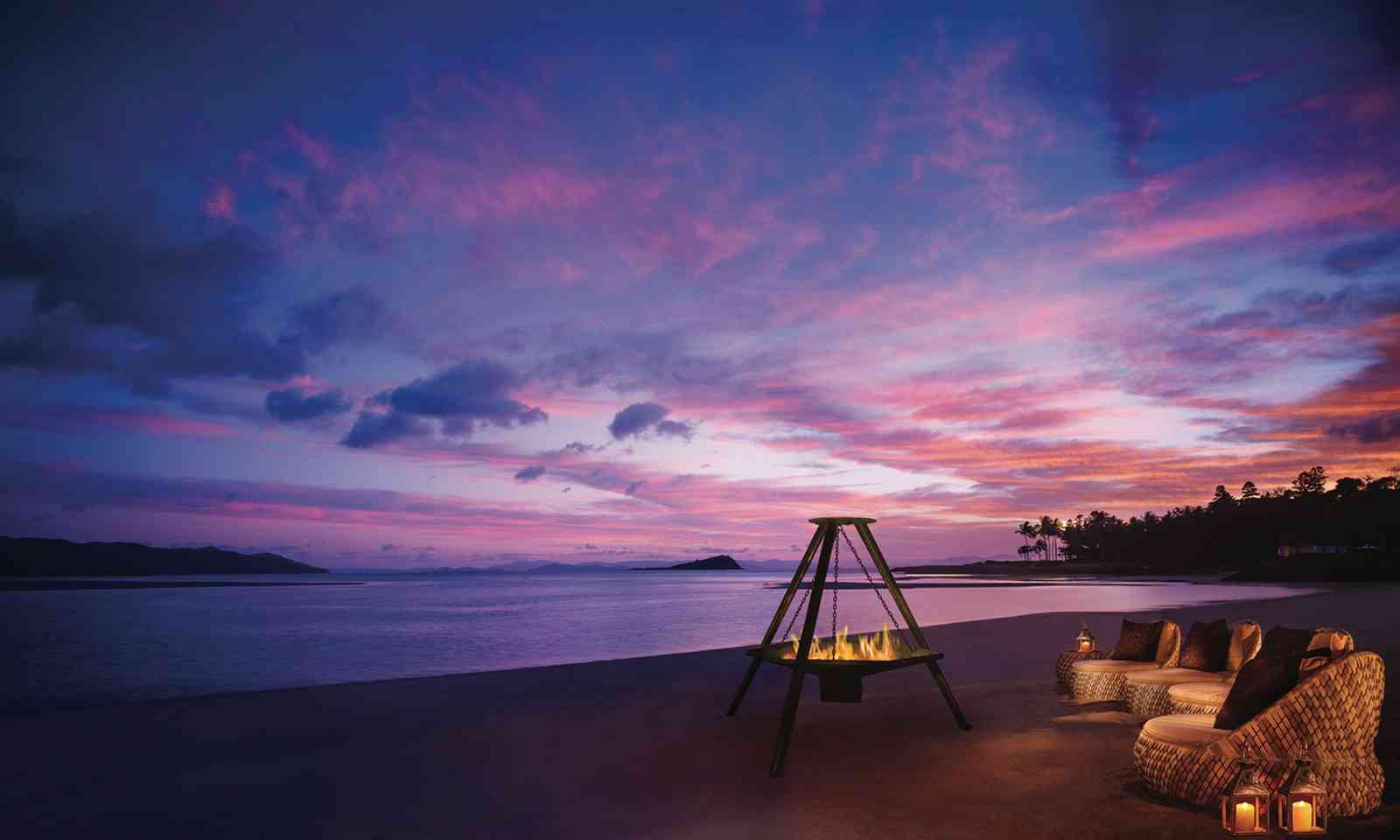 5. Live out your tropical island fantasies

If you fancy a tropical idyll of coconut groves, sugar-white sands and turquoise seas, One&Only Hayman Island is its own little paradise. A gorgeous Robinson Crusoe of an island fringed by rainforests, it’s possibly the most romantic of the Queensland islands.

With the Reef practically in its backyard, you can snorkel straight off the beach. The water is so clear you can actually see the jewel-bright fish and shadows of manta rays in the shallows without scuba diving. Both lavish and laid-back, the resort has a huge variety of accommodation, from poolside rooms and suites and beachside villas to penthouses all with plush minimalist interiors and picture-postcard views.

For those keen on exploring the reef and nearby uninhabited islands, Hayman offers around-the-clock deep-sea diving and travelling by speedboat to Blue Pearl Bay for sunset picnics in deserted coves and fire-lit fine-dining feasts on the shore. But you don’t have to be a swimmer or a diver, it’s enough to drift around the bay in a little boat across vivid corral gardens and giant clams.


Britt Collins is a freelance writer and an author and was the editor of Voyager, the inflight magazine for BMI. Her book, Strays: A Lost Cat, a Homeless Man and their Journey Across America, is published by Simon & Schuster in autumn 2016.

The series, Great Barrier Reef with David Attenborough, started on BBC1 at 9pm on Wednesday 30 January, 2015.