5 things you must do in Medellín, Colombia 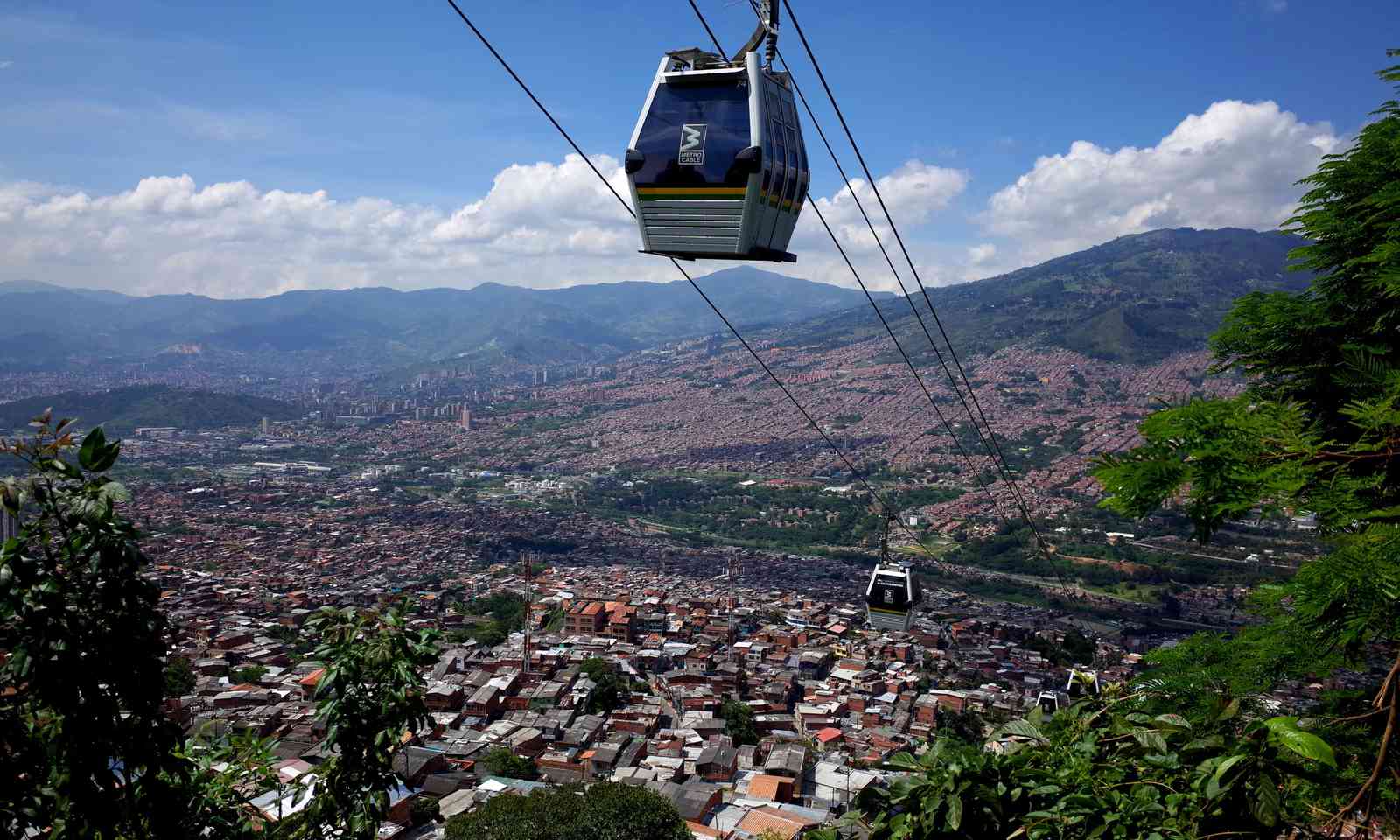 Set around Lake Guarne, Parque Arvi sits in the hills on the outskirts of Medellín. As the city has grown and the metro system has expanded to serve it, the park has become easier and cheaper to get to. Simply take Line 'L' to Santo Domingo and catch the metro cable from there.

The park is a biodiverse ecological reserve which is known for its wild flowers and butterflies. There are 87km of trails to choose from. It's possible to stay overnight in campsites or hotels, and there are restaurants and a bus that will transport you around the reserve. Parque Arvi is a great way to escape Medellín, and it's popular with locals because it's peaceful and a few degrees cooler than the city. 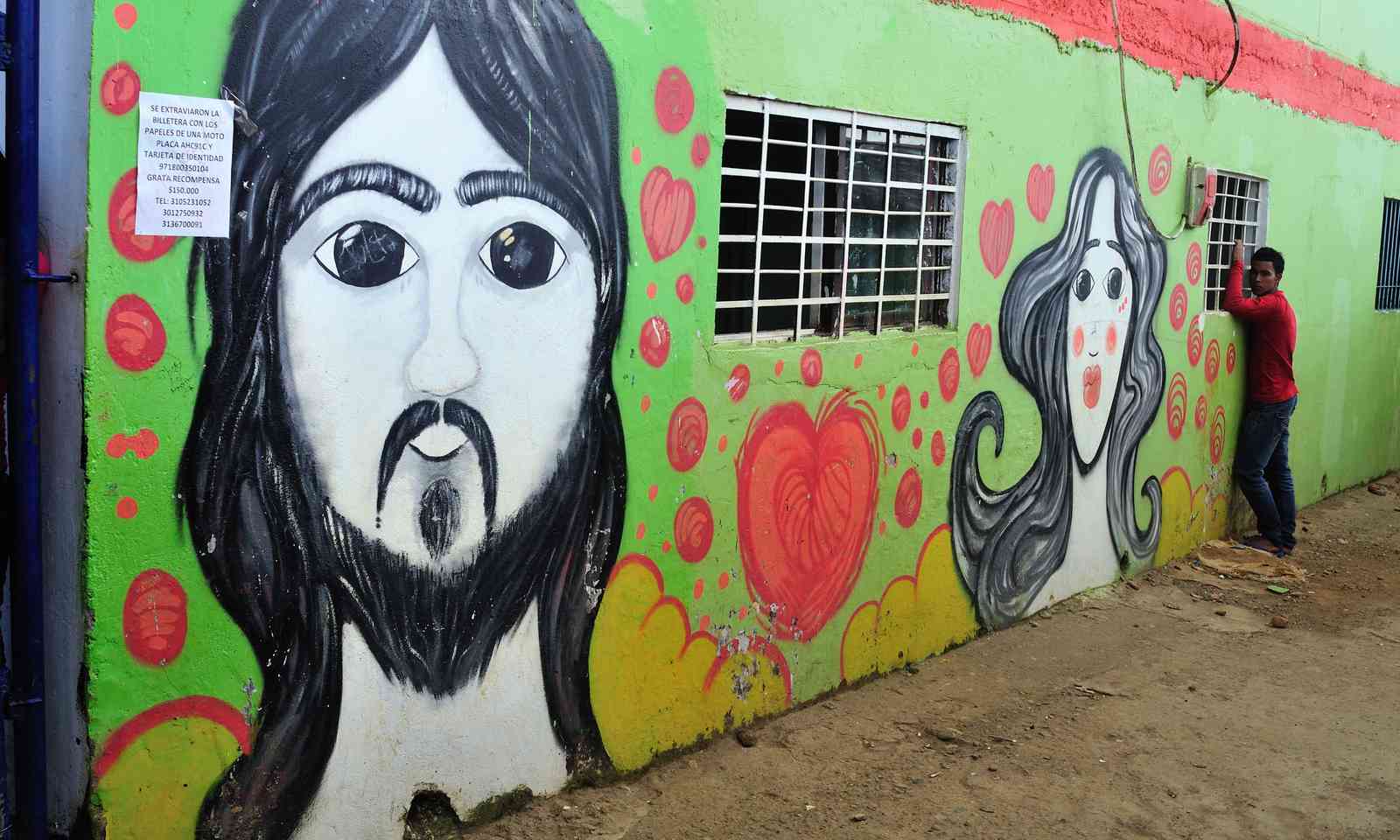 A school in Comuna Trece (Dreamstime)

Comuna Trece is a poor neighbourhood in Medellín that suffered from violence between the FARC (Revolutionary Armed Forces of Colombia) guerrillas and the Colombian government around the turn of the 21st Century. Thousands of civilians were killed during the conflict, mainly by government forces, and buried in a mass grave that can be seen from the comuna.

In an attempt to overcome the trauma, the Comuna has used the medium of modern art, primarily street art, to regenerate itself. The comuna is covered in graffiti that tells the story of the area and its move towards peace. Toucan tours organise a guided tour around the comuna, with resident translators and guides. The tour offers an insight into the conditions of the comuna, as well as the street art’s symbolism and the history of the area. A percentage of the tour price is ploughed back into the community. Medellín is the capital of Antioquia, a region in the centre of Colombia. There is no shortage of museums in Medellín, but the best is Museum of Antioquia, which was founded by the government of Antioquia in 1882. It was the first museum established in the region and the second in the whole of Colombia. The museum suffered from funding and staff shortages in the early 20th century, which led to its closure in the 1930s. It was re-opened in the 1940s, but it was not until the 1970s with the help of donations from local artist and sculptor Fernando Botero that it began focussing specifically on art from the region, from pre-Columbian and Colonial times to modern day.

Not surprisingly, the museum has a large, permanent exhibition of Botero’s paintings and sculptures. Botero's artistic style, Boterismo, depicts short, fat painted figures (or more ‘voluminous’ in Botero’s terms) in order to give them more ‘sensuality.’ The museum also has an interactive centre for children where they dress up and pose with Botero’s painting of his son, Pedro, on a rocking horse. There's also a collection of Botero’s statues in the square outside the museum. Medellín is a salsa town. Every thing moves to the three-two beat. While you'll find plenty of salsa clubs on Parque Lleras, Medellín’s equivalent of a ‘strip’ in European party resorts, it's worth venturing beyond those to find a more authentic experience. Son Havana in the centre has a reputation for its live bands and friendly locals. But whichever club you choose, you're in for a treat. Entry fees and drinks are cheap and you'll be surrounded by people who can dance and want to share their love of salsa with you. 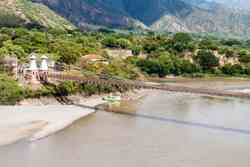 Antioquia is home to colonial towns and coffee and chocolate plantations. It is cheap and easy to visit from Medellín, especially Santa Fe de Antioquia, the region's old colonial capital, which is an hour from Medellín’s Terminal Norte.

When you arrive in Santa Fe, you'll feel like you have been transported back 200 years. The streets are cobbled and predominantly pedestrianised, and the market sells more traditional produce than tourist knick-knacks. The real joy here is wandering the streets and soaking up the characterful architecture.

Having said that, there are other sights you should see. Museo de Juan Corral chronicles the history of the region, with a special focus on its independence from Spain in the early 19th century. And the Puente Occidente, a suspension bridge built around the same time as the Eiffel tower in 1887, was the longest bridge of its kind in South America when it was opened.

Allie Nawrat lived in Medellín as part of her university studies. Read more about her adventures on opinionsofanawrat.wordpress.com.

5 reasons to go to Colombia