In 2017, the Danish city of Aarhus will be a European Capital of Culture. Here are five places locals love that you will too

In 2017, the Danish city of Aarhus will be a European Capital of Culture. As part of the celebrations, the city commissioned a project, Skjulte Steder (Hidden Places), designed to focus on the places that most visitors don’t get to see.

Locals were asked to nominate the hidden locations that best reveal the city’s character and unexamined history. These are their five favourites:

Cirkuskroen is probably the best baroque pub in Aarhus. The pub has an unusual collection of over 500 clown figures that cover the walls and hang from the ceiling. Cirkuskroen is located at Skovvejen 23 in Aarhus, and is one of the city’s smallest and oldest pubs.

The pub’s current name comes from the 1960s, named after the famous circus family Miehe, whose circus began touring Denmark in the 19th century and continued up until it closed in 1958. The family became publicans, and Alfons Cossmy and his wife Thyra Miehe ran Cirkuskroen. 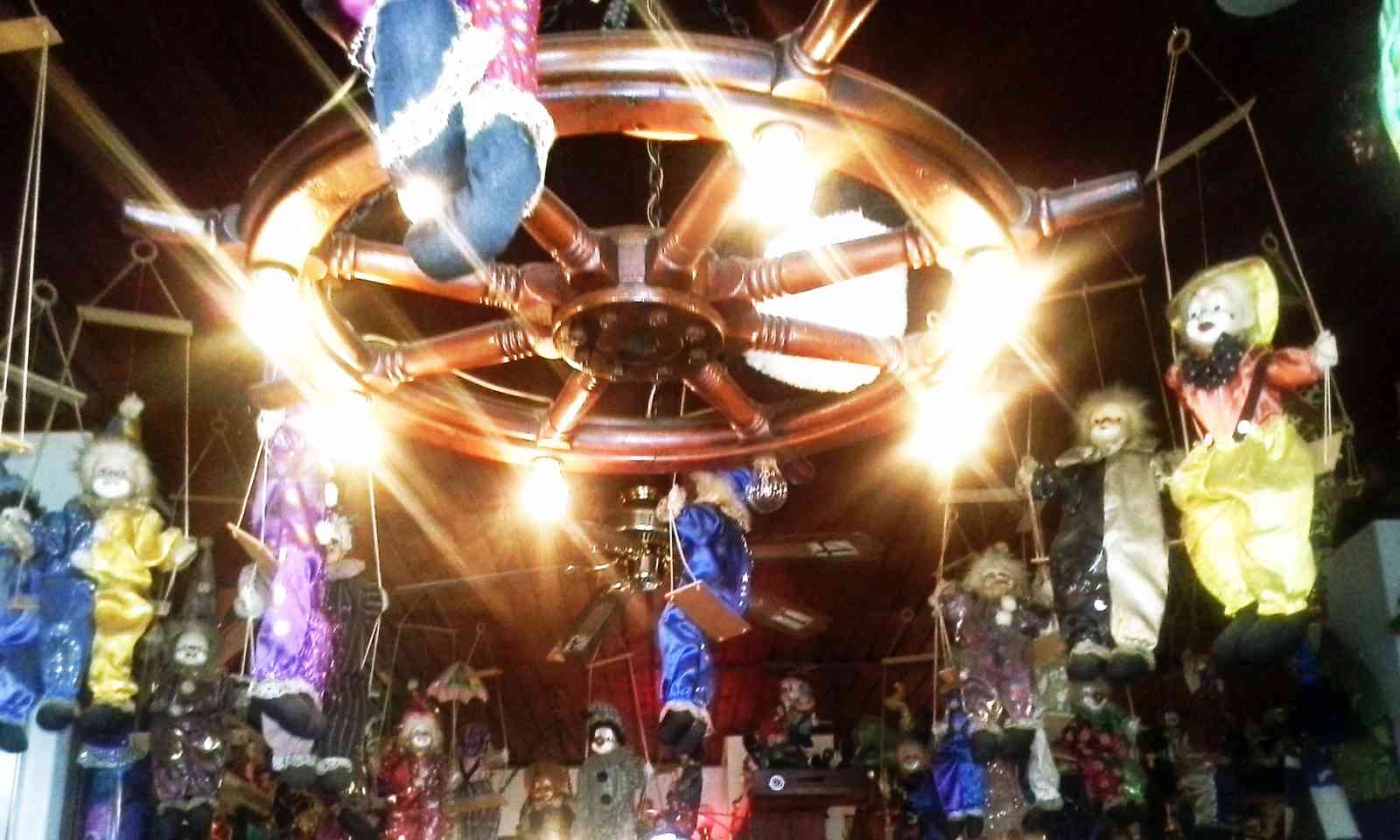 The pub’s collection of clowns is relatively new. Lars Andersen acquired the pub in 1996, and at some point, one of the pub’s regular customers gave him a clown. Since then it has been a tradition among the pub’s regulars to add to the collection.

In 2017, Aarhus’s city yards will become a public space, revealing how citizens live and how they go about their day, because many of the hidden places are settings where people carry out their daily lives and work. People will be able to step behind the city’s formal, official facade. 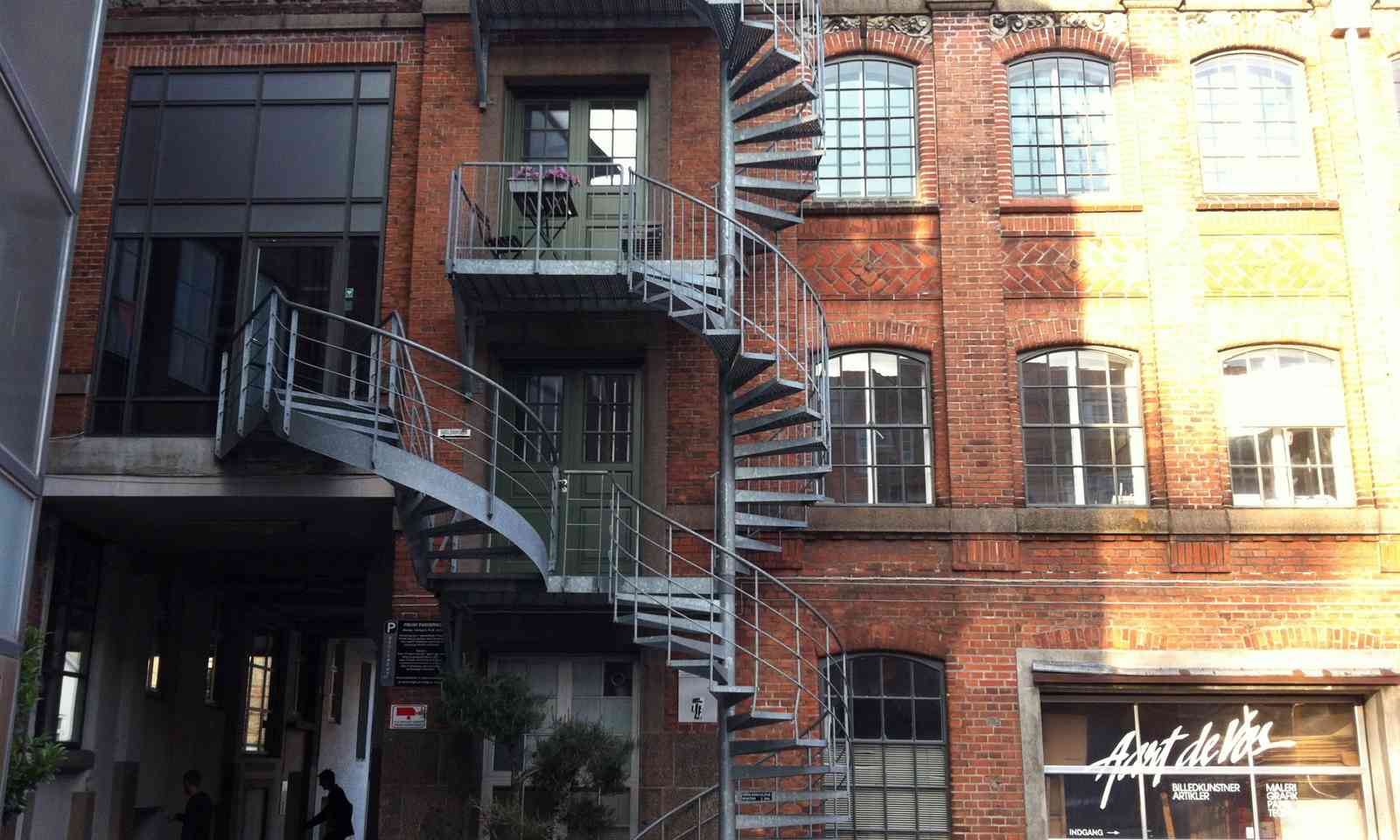 The old factory yard at Klostergade 34 was also used by the Elvirasminde Chocolate Factory, which was established at the same location in 1902 by chocolate maker Frits Georg Clausen. The factory produced all kinds of chocolates, sweets and biscuits. The factory yard still shows signs of having once been a busy, working area. Spiral stairways wind up the brick walls to the upper warehouses, while other stairways lead to elevated terraces.

The company closed the factory in 1967 when it moved elsewhere to new, modern facilities. The factory yard is now an industrial memorial, which has been transformed into a culture centre, with a school for street performers, design and drawing studios, a café, and it houses creative and multicultural companies.

Back in the day, Øgade District in Aarhus was a typical working-class district with small stores and poor housing conditions, but in the 1970s a group of young student architects transformed the area around Sjællandsgade into a thriving area, which attracted many progressive people.

Based on 1970s values like openness, general education, democracy, tolerance and ecology, the area was transformed into a place where creativity flourished and where residents published local magazines and met in the community’s common house or in the charming yards where they shared a beer and had healthy discussions.

The grassroots environment became popularly known as the Sjælland District. Take a walk along Sjællandsgade and the surrounding streets, which still retain their distinctive look, and you will see charming quiet spots like the community common house called Sølystgade at Sølystgade 30, with its colourful gable end mural, or Børnenes Jord at Thunøgade 2a, which is a free children’s playground staffed with kindergarten teachers, and has plants, toys, animals, playing fields and is open to children of all ages.

Aarhus Træskibshavn is located at Fiskerivej 32 in Aarhus. The harbour was officially opened in 1998, and despite its relatively young age it is an authentic and colourful location, with 70 boats. The scent of tar and saltwater drifts across the harbour.

The path to Træskibshavn and its surrounding area is the last surviving hint of the old Aarhus Harbour, reminiscent of a time when there were small, charming harbours, full of life and atmosphere.

Walking out to Træskibshavn, which is hidden at the end of the north part of today's port at the foot of Risskov, you will pass Fiskerihavnens Varmestue/Fiskerihavnens Restaurant at Fiskerivej 8. The restaurant serves a dish of the day, in an original and intimate setting, which even has slot machines.

There are two seafood stores close to the restaurant, called Clausens Fiskehus and Havnens Fiskehus, which sell a wide variety of fresh fish. Visitors can purchase a freshly homemade fish cake, sit down at the jetty and enjoy the view of the marina on the opposite side of the harbour basin.

In the period between its closing and re-opening, a small cluster of buildings stood empty behind the freight station in a disused area, which had yet to be given over to new buildings or a park or a road. The creative organisation Bureau Detours took the opportunity to create Institut for (X), which still exists today, located behind the freight station at Skovgaardsgade 2-3 in Aarhus. 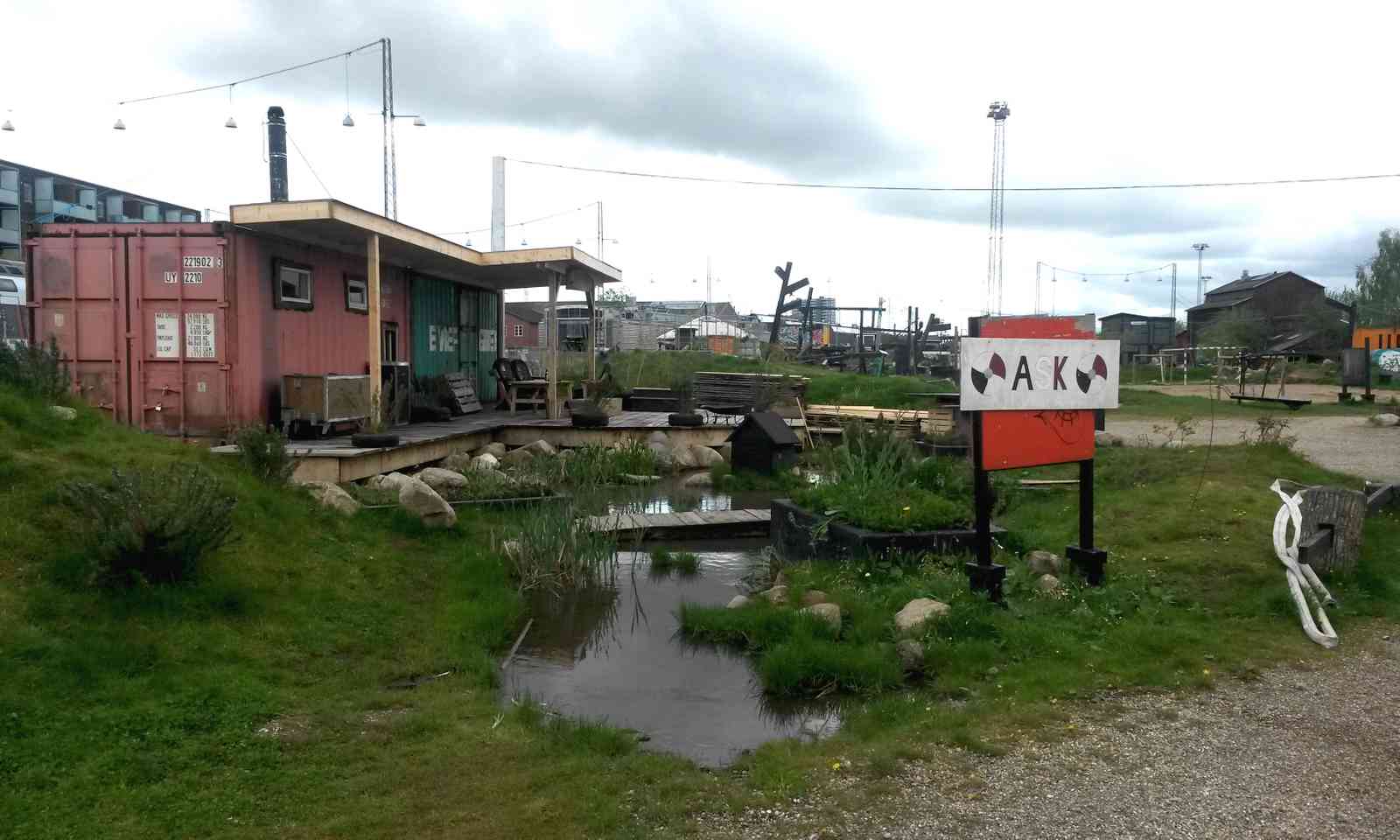 Institut for (X) is a temporary platform for young designers, musicians, artists, entrepreneurs and artisans, who work side by side and develop a number of small cultural businesses.

The site is non-commercial and open to a number of experiments and initiatives, which are constantly developing. Concepts and events are carried out on the site. This includes sustainability projects, sound festivals, cultural salons, a hot chocolate bar, film evenings and much more.