The whole world may be a stage, but author Dominick Reyntiens suggests Shakespeare fans should go backstage and seek out these hidden gems the next time they're in the Bard's hometown 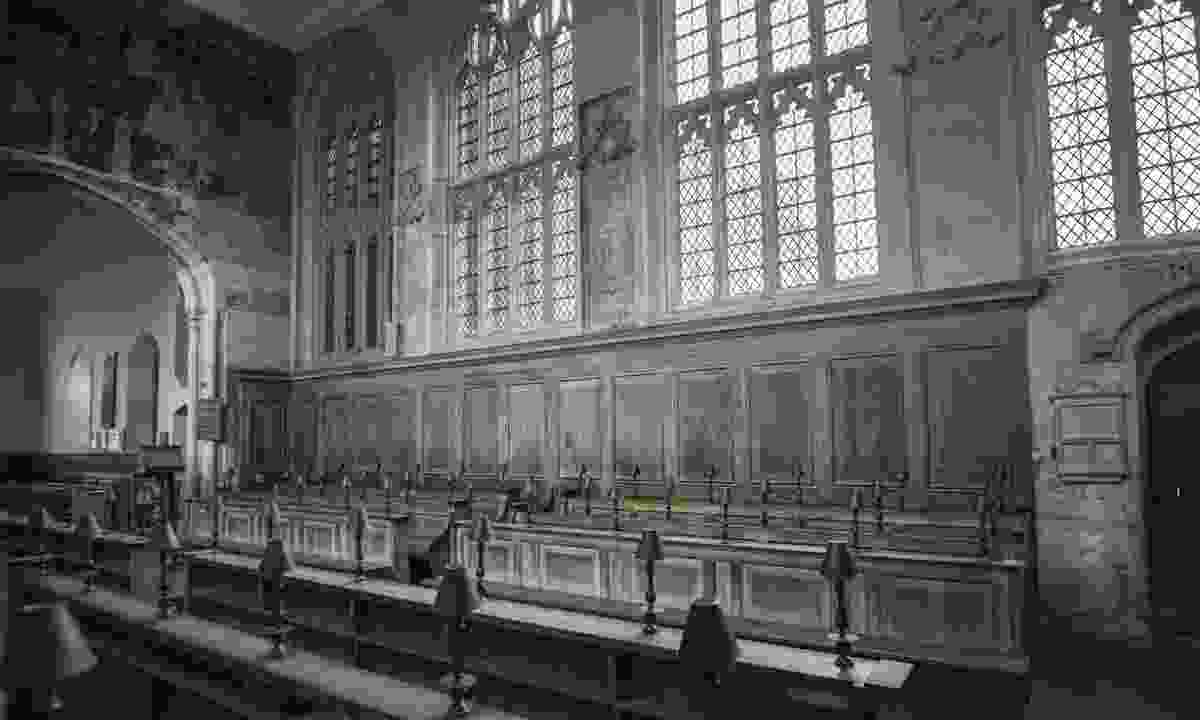 Whilst wandering around the streets between the beautifully wonky timber-framed buildings of Stratford, I happened upon jewel number one: the Guild Chapel on Chapel Lane. It is a church, so yes it already has stillness and reverence – but as you walk around, look up at those faded wall paintings.

You are now looking straight back into pre-reformation Catholic England. Post-reformation Protestant England demanded the destruction of all of these paintings. However, some locals were so devastated at the idea of losing them that they only covered them with a layer of white wash, hoping that times would eventually change and the paintings could be revealed once more.

In the Guild Chapel it was Shakespeare's own father, John, who was responsible for white-washing. This must have created great strife in the family home, as his wife Mary was very much a Catholic. But at least the paintings were not hacked from the wall, as many were. Whether due to John Shakespeare’s fear of his wife or sheer political optimism, here they are today – for us to see, with all of their battle scars. 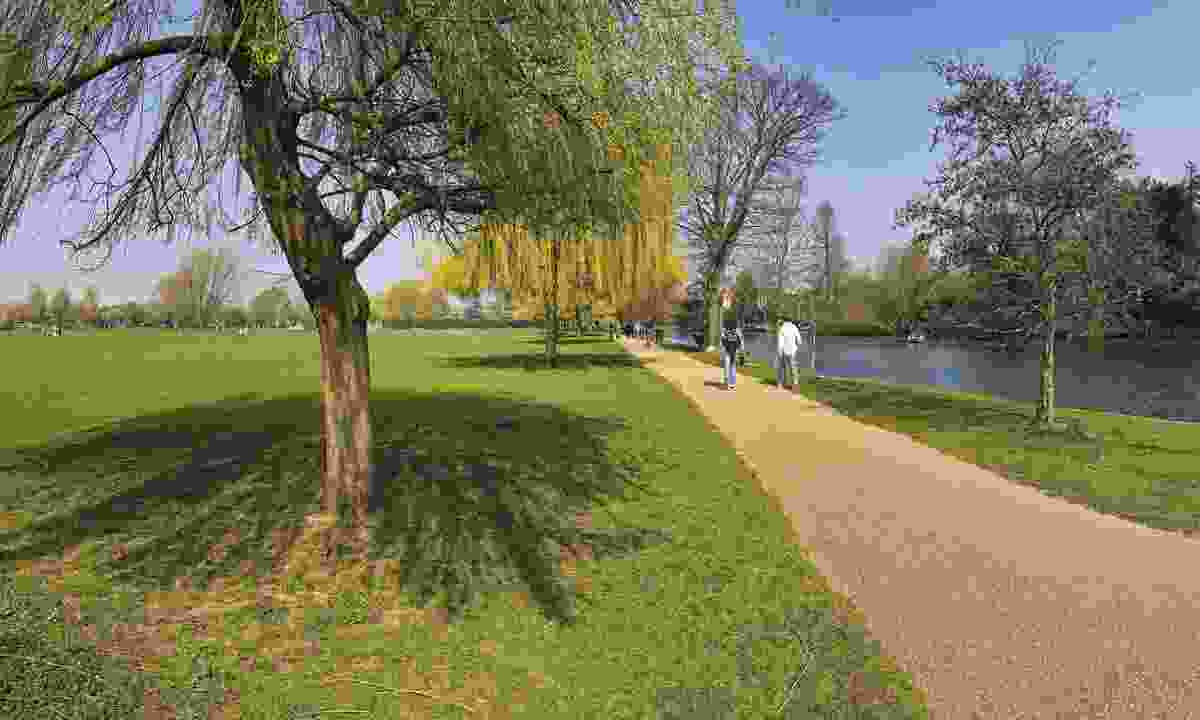 Into the streets once more, and the hustle and bustle of the crowds. Take relief by wandering down to the river to find the second jewel, the Avon River Walk. It's a short, relaxing stroll. As you gaze out over the tranquil waters and elegant swans, imagine a young man, many moons ago, sitting on those banks and thinking: 'Shall I compere thee to a summers day, Thou art more lovely and more temperate. Rough winds do shake the darling buds of May.'

It's a delightful walk, and there is a cafe in an old railway carriage should you need a coffee or shelter from the weather. 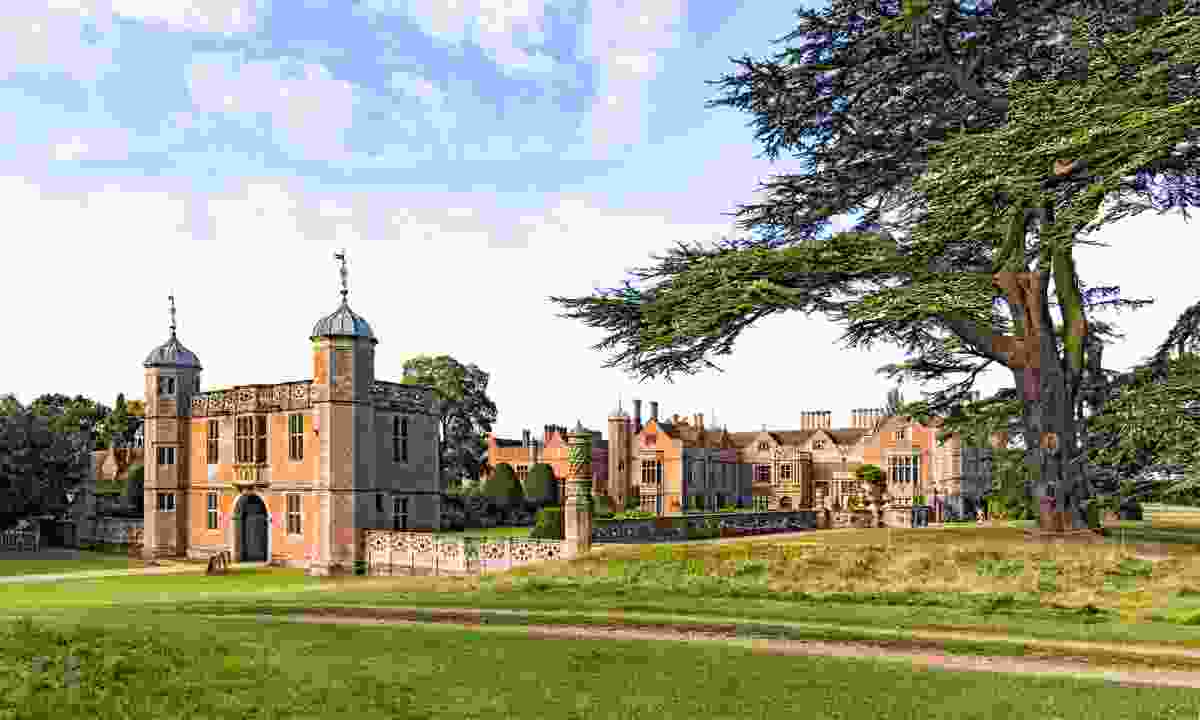 The third of the jewels is in the surrounding area: it's a short drive to Charlecote Manor. Charlecote Manor is not little-known, I hear you cry! Indeed you are right, but after discovering Shakespeare referred to its owner Lord Lucy as 'Lord Lousy', I just had to look further into this man's life.

I discovered a dark nemesis at the heart of the Bard's adolescence. However the jewel I want you to see is at the rear. Charlecote was different in The Bard's day: the front was what is now the back. There is a rough track through the rear paddocks; walk down it as far as you can. Then turn around and view the house as Shakespeare would have, whilst allegedly poaching deer from his Lordship. 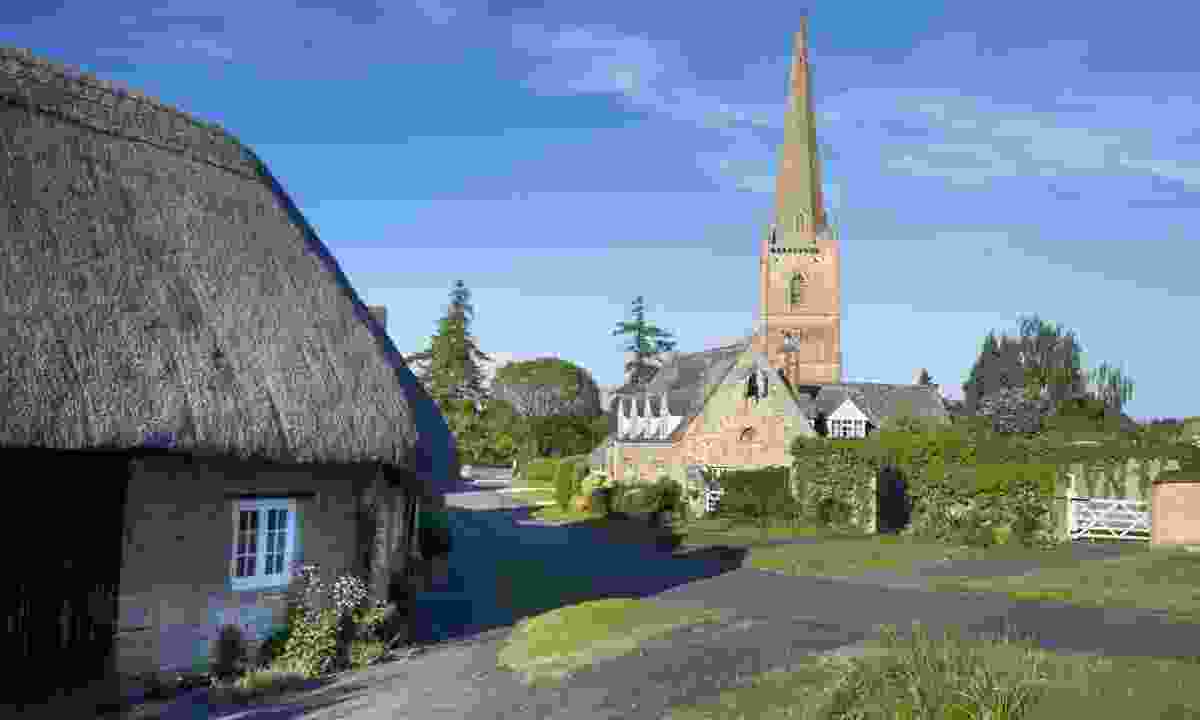 The historic village of Tredington (Shutterstock)

A quick drive to nearby Tredington, for jewel number four!  This is a quickie but my personal favourite. It is St Gregory's church – it has the tallest spire in Warwickshire.

Here Bartholomew Hathaway was married to Isabella Hancocks; not two months before Shakespeare married the man's sister, Anne Hathaway, at Temple Grafton. Both brides were pregnant when they stood at their respective alters. It was highly likely that Shakespeare attended his future brother in-law's wedding. 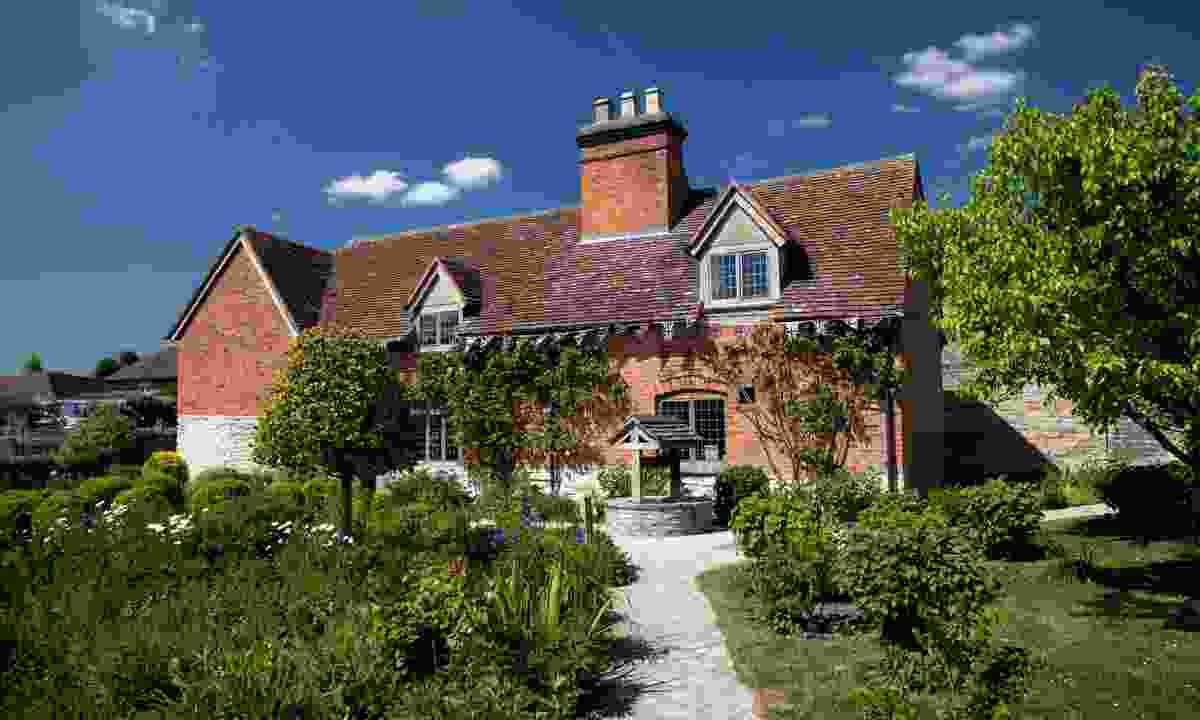 For my fifth and final jewel it is a drive to Wilmcote via the lovely leafy lanes surrounding Stratford. Mary Arden's farm, the childhood home of Shakespeare’s mother. Again you may not think it is an unknown place, but time and time again I meet people who have been to Stratford, had heard of this place, but never went.

Please go – it's a gem. A living museum, with all the farm staff in period costume, living, working and cooking in the authentic manner. It is a well of knowledge; the type that you acquire by doing, not studying. I was particularly interested by the food they were cooking – it is utterly authentic for the period and I was longing to sample it.

They told me it broke every hygiene rule in the 'sale of food act', so they could not possibly let me have any. I think they were lying – especially when I saw the authentic beds they slept on. If I had to sleep on those beds there is no way I would share a morsel of my food with someone who would probably go to the pub that night and sleep on a modern mattress. However fascinating the past may be, the present does have its up sides. 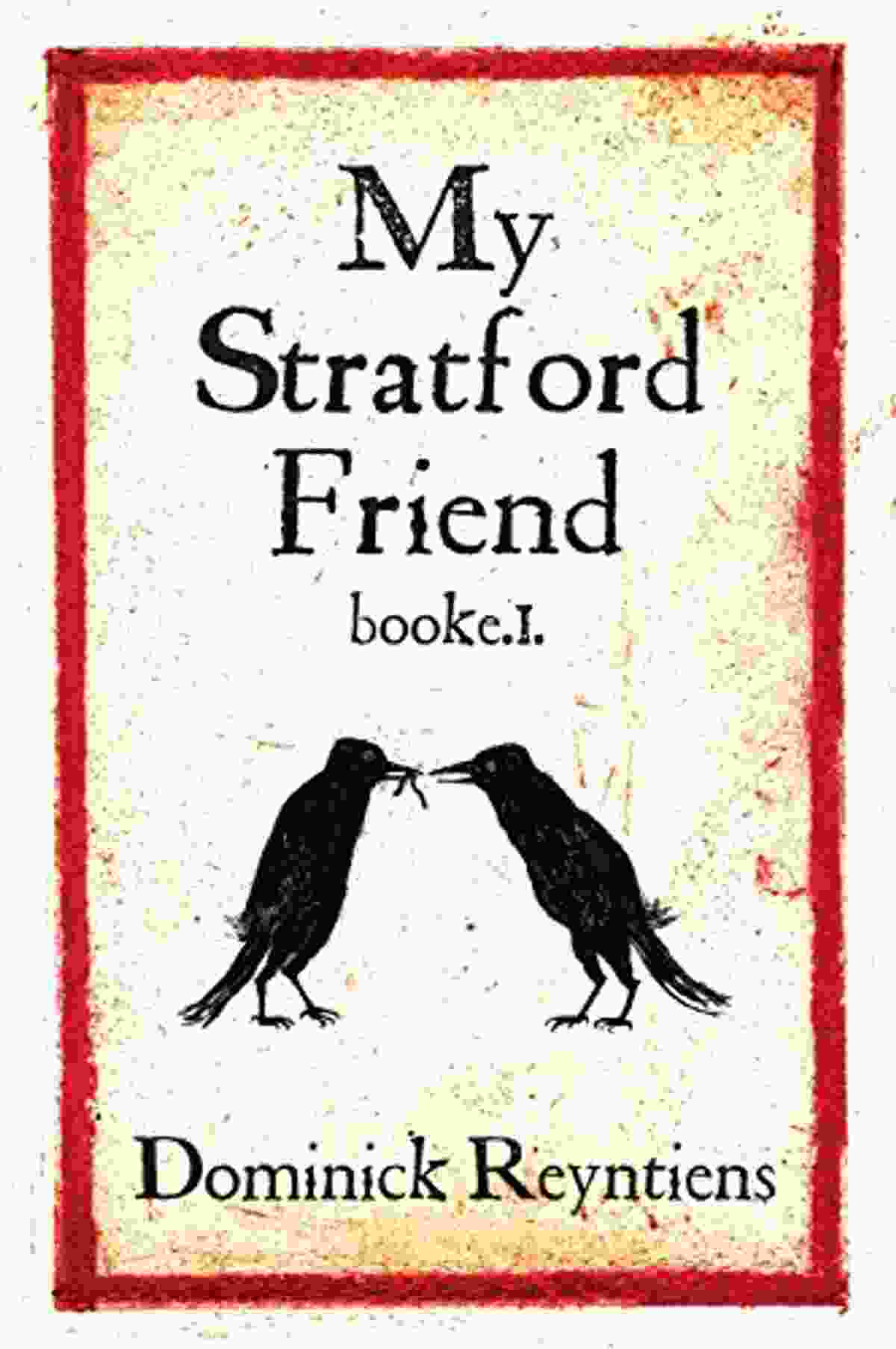