A parallel universe: 5 reasons you should visit North Korea now

Michael Palin has been given unprecedented access into North Korea for his new TV show starting tonight. Should you travel to North Korea? Palin says yes, and so do we. Here is five reasons why...

North Korea has rarely been out of the news of late, and whilst the old adage that ‘there is no such thing as bad publicity’ often rings true, most people scoff at the suggestion of visiting the country. Yes – the last few months have seen tensions slowly easing and Kim Jong Un meeting with both Donald Trump and Moon Jae-in, but it was only twelve months ago that the North detonated a hydrogen bomb, the Foreign & Commonwealth Office announced a travel warning on visiting the country and the British tabloids, stirring up a media frenzy, predicted war. Despite being vilified in the west, almost exclusively by people who have little to no understanding of the realities of life north of DMZ, there has arguably never been a better time to visit North Korea, or the Democratic People’s Republic of Korea, as the country prefers to be called. Here are just five reasons why your next trip away should be to the DPRK.

1: History in the making? 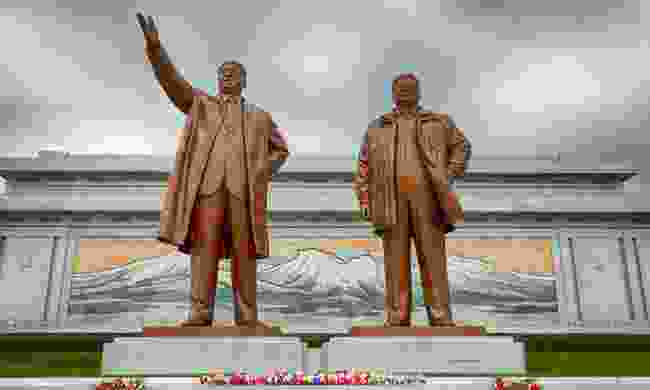 North Korea is changing. Fast. People have been predicting the collapse of the system for decades, but in the last few years there has been an impending atmosphere of change in the air. If you regret never making it to the USSR, only got to East Germany after the fall of the Berlin Wall or didn’t get to China before Wham! woke us up to the possibility, then you would be remiss to ignore the North Korea of today – in just a few short years it could very well be a different country than it is now, one altogether more mundane, more familiar to our own. Before the inevitable and seemingly irreversible changes do creep in, North Korea remains the last truly isolated state in the world, a ‘parallel universe’ as some call it. There is nowhere on earth remotely like it, and, as Elon Musk will confirm –its far cheaper to visit North Korea than outer space! 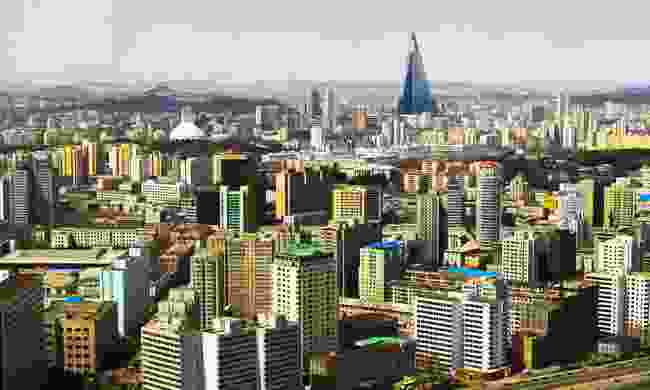 Pyongyang during the celebration of the Festival of the Intangible Cultural Heritage, North Korea (Dreamstime)

Pyongyang has transformed over the last few years – when just a decade ago almost nobody had anything one could remotely call a ‘disposable income’, the capital is slowly becoming increasingly moneyed and cosmopolitan. Coffee Shops, pizzerias and microbreweries can now be found in Pyongyang, as can a couple of very snazzy floating restaurants and other luxury venues. Should you decide to visit what is arguably the most bizarre capital city on earth, you will discover that your trip can now be peppered with an increasing array of creature comforts and curios, such as scenic flights over the city in a microlight or horse riding lessons at the Mirim Riding Club. 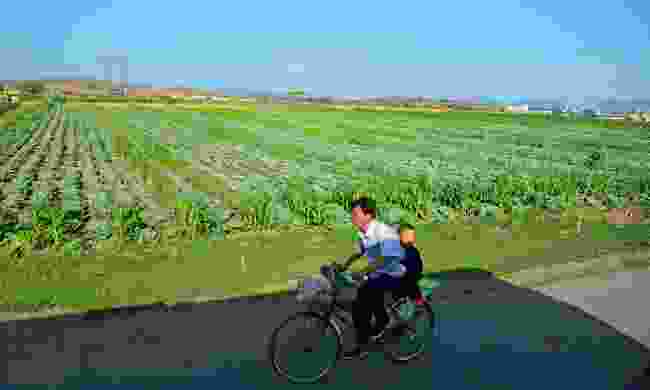 Unless you want to fork out eye-watering sums of money for a special international SIM card your smart phone won’t work in North Korea – allowing you to escape from emails, social media and the real world for a well-deserved and highly recommended digital detox. Admittedly some of the more upmarket hotels in Pyongyang may be able to offer a couple of fuzzy foreign news channels, but the country is arguably the best and easiest place in the world to escape the rat race and avoid the ongoing saga of Brexit, if only for just a few days. 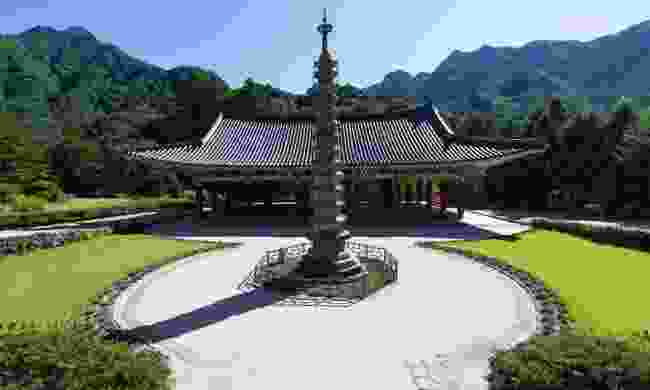 Pohyonsa Temple used to be one of the greatest centres of Buddhism in North Korea, Myohyang Mountains (Dreamstime)

As the country is increasingly aware of its largely untapped tourism potential, the authorities are clamouring to open up more and more of what was once proclaimed as the ‘hermit kingdom’, allowing intrepid travellers to go further and deeper than ever before. Fifteen or so years ago, around one week would have been enough to see almost all that was permitted in the country. Today one would need a month or more to take in everything possible. Besides the classic ‘cultural highlights’, all manner of special interest tours are now possible, from trekking or Taekwondo to aviation, train and public transport tours. Infrastructure too is undergoing a gradual overhaul, with hotels, roads and railways undergoing much needed renovations as the economy, somehow, goes from strength to strength. 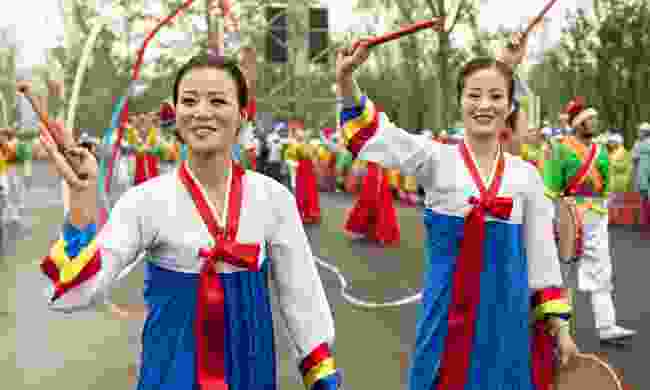 Forget almost everything you may have read about North Koreans. Yes, thanks to the nation’s chequered history a little mistrust of foreigner’s is part of the cultural fabric, but this is slowly being unravelled - should you make the effort you are increasing likely to be rewarded with genuine hospitality. Not yet jaded by mass-tourism, visitors to parks, beaches or almost any scenic spot in the country (all common haunts for picnicking friends and families, picnics being something of a national obsession) are likely to be accosted by welcoming locals who will try to offer up their food, share a glass or two of soju (Korean rice wine) with you or even try and entice you into a spot of traditional dancing. The kindness of strangers in North Korea is startling and reminds of another of George W. Bush’s ‘Axis of Evil’ nations – Iran, another misunderstood nation that is rarely portrayed with accuracy but should also be on every travellers list.  After North Korea, of course! 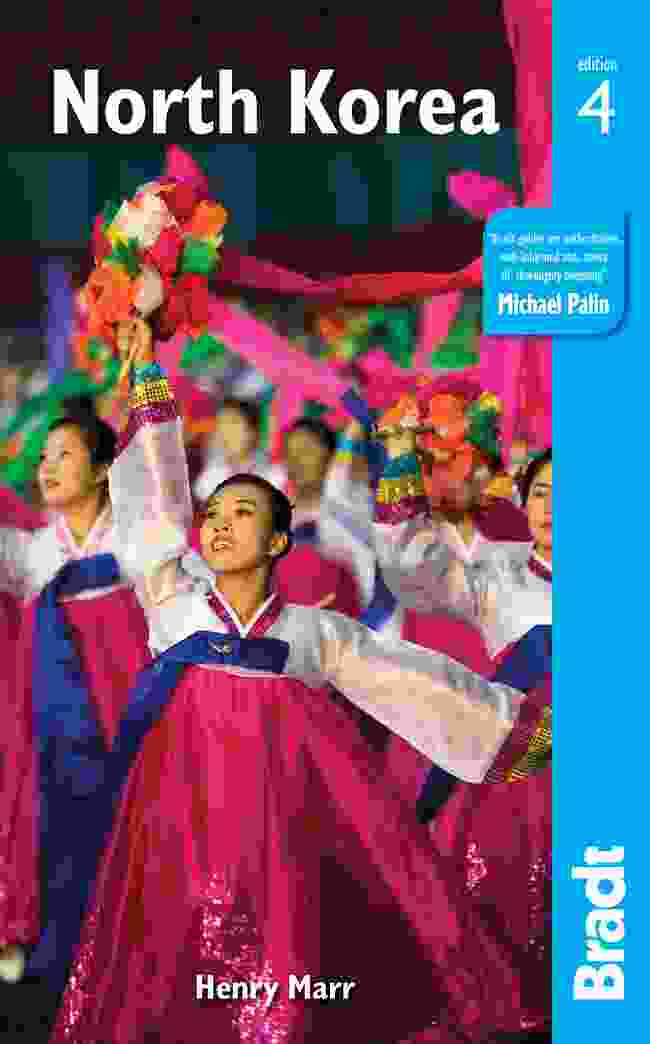 Henry Marr is author of the forthcoming Bradt Guide to North Korea, to be published in December 2018. He first visited North Korea in 2005 and has become obsessed, visiting over 20 times since. This new book is an indispensable guide to understanding and getting to know this curious destination. For more information, visit their website.

Wanderlust readers can enjoy 20% off all Bradt guidebooks. Click here for more details.