5 reasons you must visit Borneo now

Borneo boasts remote jungle beauty, tropical adventure and tribal cultures, and is home to half of all known plant and animal species in the world. If that's not enough to get you booking the first flight out there, here are five more compelling reasons to answer the call of the wild. 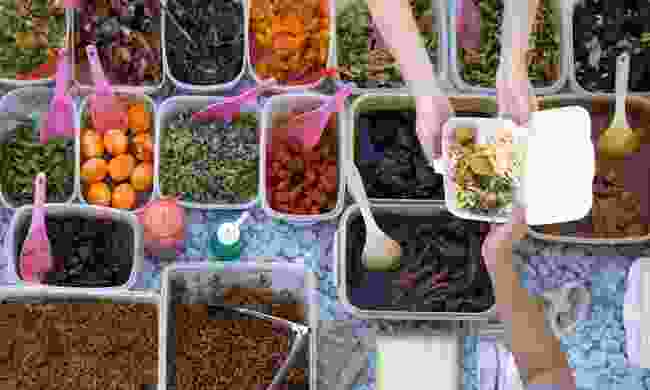 OK. Borneo isn't exactly one of the world's culinary capitals. But with its Indian, Malay and Chinese influences, it's never boring. Locals like to season their food with spices from the rainforest, introducing flavours you've never tasted before. Find your favourite Nasi Lemak hawker and let him introduce you to his favourite jungle spice. Other favourites include Kolo Mee from Sarawak. And Ambuyat, a sticky concoction from from Brunei. Made from the insides of a sago trunk, it's a dish that demands a very 'hands-on' approach. If you're feeling brave, local tour guide Dominic Hall recommends trying durian: “This creamy fruit that has a taste and smell that’s... er, unlike any other,” he says. Just be aware that hotels, buses and planes won’t let you carry durian in your luggage! 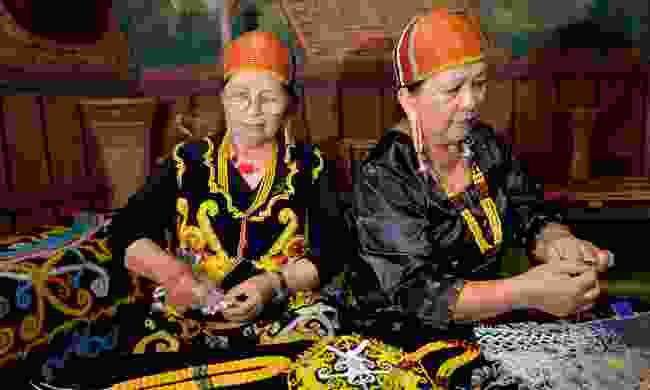 Living as they have always done in a remote, tangled jungle, the traditional tribespeople of Borneo are straight off the pages of a Boy's Own Adventure. Their headhunting days may be behind them but visiting them is one of the most adventurous things you can do in Borneo.

Wanderlust World Guide of the Year runner-up Kevin Albin dropped in on the Pennan people.

“If you are looking for a genuine experience in the jungle with local people, this one is exceptional,” he says. “The Penan, once a truly nomadic tribe, know exactly how to live in harmony with the forest.”

Better still, you'll need to take a light aircraft flight to Long Lellang, deep in the rainforest and maybe a boat journey in a dug-out canoe, to get there.

Former Wanderlust editor, Dan Linstead, visited the Kelabit tribe, tucked away in the highlands of Sarawak.

“I watched two of them perform a traditional hornbill dance – a slow, twirling movement of dignified grace – to the lute-like sound of the sape. I knew they only did this for visitors; that the hornbill-feather fans spent most of their life in mothballs. But it didn’t matter. My Boy’s Own fantasy was long gone, for sure, but what I had found instead was something infinitely more interesting. “ 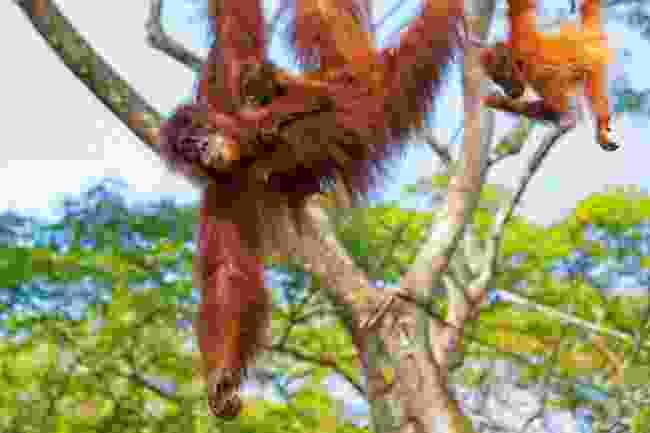 As one of the world's 'mega-diversity' areas, with over 150 species of frogs alone, it's a case of take your pick. Take a short trip up the Kinabatangan River and you'll soon come face-to-face with pygmy elephants, proboscis monkeys, and even saltwater crocodiles.

Most people, however, come to Borneo to see the old man of the jungle, the orang utan. With habitat being destroyed at an alarming rate, that's unlikely to happen in the wild. But both the Semenggoh Wildlife Rehabilitation Centre in Sarawak and the Sepilok Orang-Utan Rehabilitation Centre in Sabah give you a chance to see an orang utan up close and learn what is being done to save them.

If you find yourself in the Sepilok, don't forget to swing by the moon bear sanctuary. Named after the golden patch of fur on their chest, the sun bear is losing its habitat too and needs your help to survive. Wanderlust World Guide of the Year runner-up Kevin Albin gave his bursary to the sanctuary and visitors are always welcome.

If sea life is more your thing, head to Sipadan Island. Will Gray popped by to do a spot of diving and was soon up close and personal with some of the locals. “Within minutes I was kneeling on the sandy seabed ogling a large hawksbill turtle,” he says. “It was about an arm’s length away, occasionally lifting its head from feeding to trade casual, reptilian glances for my captivated stare.” 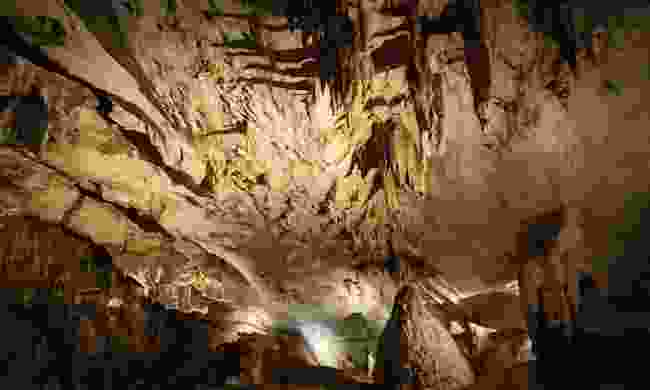 Again, it's a case of take your pick. Bako National Park is a great place to spot proboscis monkeys and has great beaches as well. Endau-Rompin is home to unique plants and the odd Sumatran rhino. And Mulu National Park is famous for its caves and headhunter trail (heck out Marie Javin's blog for practical advice on visiting Mulu).

If climbing mountains is your thing, head to Mount Kinabula National Park and climb the highest peak in South-East Asia. But be warned. It's a harder climb than it appears.

If tropical beaches and technicolour reefs are more your thing, head to the islands that make up the Tun Sakaran Marine Park. 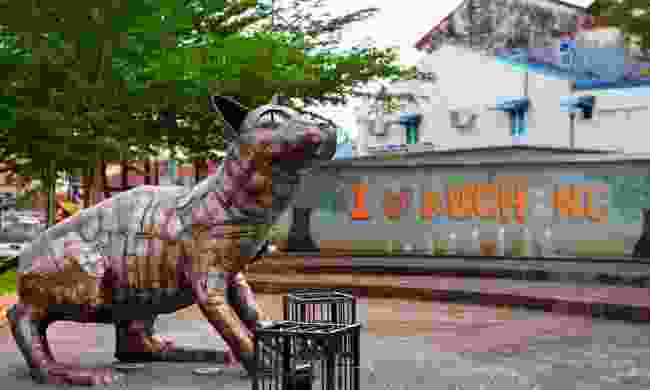 Cat lovers are in for an unexpected treat when they visit Kuching. The city is awash with cat statues and even has a museum dedicated to our feline friends, with over 2,000 exhibits.