5 reasons you must visit Palma, Mallorca

With a flourishing foodie scene, a bustling waterfront, and one of the world’s most awe-inspiring cathedrals, Palma de Mallorca is an utterly compelling short break destination 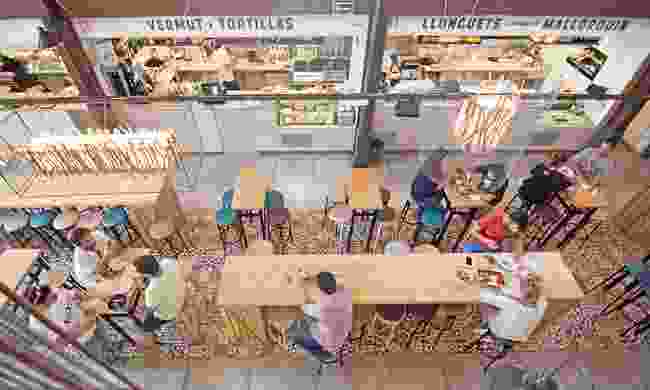 With the opening of the San Juan gastronomic market, Palma has come of age as a foodie destination. Set in a refurbished 110-year-old abattoir, with high beamed ceilings and patterned tiled floors, the Mercado Gastronómico San Juan boasts 20 stalls serving over 260 Instagram-ready meals, made from the freshest local produce.

For a taste of old-fashioned Mallorcan cooking, fusing the bounty of both the island’s coast and rural interior, don't overlook the atmospheric Restaurant Cellar Sa Premsa, set in an unremarkable part of town. Those with a sweet tooth should drop by Forn del Santo Cristo for ensaïmades. This café has been selling the sugar-dusted pastry spirals since 1910.

For an immersive overview of the city’s culinary scene, try a walking tour that starts at Mercat de l’Olivar and meanders through the old town. The focus is on the food markets, where you’ll get the opportunity to sample everything from fresh bread to sobrassada (cured sausage). 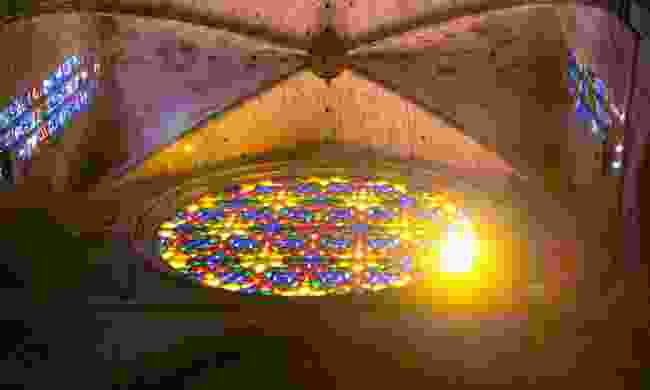 Sunshine through a stained-glass window in Palma Cathedral (Dreamstime)

Palma’s stunning Gothic cathedral is the city’s crowning glory. 121 metres long, 55 metres wide, and with a nave 44 metres tall, it is one of the biggest cathedrals in the world and an imposing presence on the city’s waterfront. It was begun by King James of Aragon in 1229, finished in 1601, and tinkered with by Antoni Gaudí in 1909. Known locally as Le Seu, its sandstone walls and flying buttresses seem to rise out of the sea.

The cathedral will be your constant companion throughout your stay. No matter what part of the city you are in, you will see it – either framed by palm trees by the waterfront or at the end of a cobbled lane in the old town. It is also a haven of peace and tranquility for those wishing to escape the bustle of the city and the sapping midday heat. Make sure you take the time to pull up a pew and admire the light streaming in through the 'rose' window. 12 metres wide and studded with 1,236 pieces of stained glass, it is one of the largest in world. Oh, and those wrought iron candelabras? They were designed by Gaudí himself. 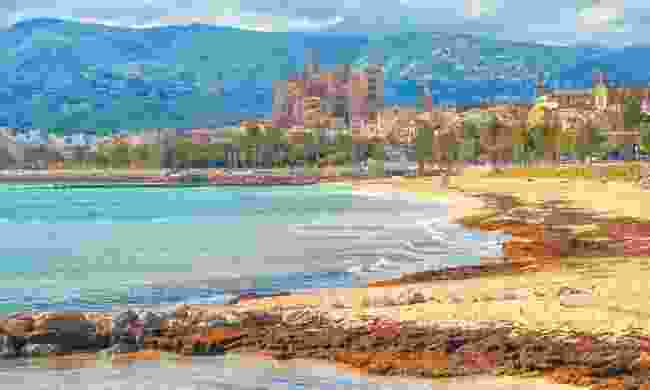 Make a beeline for the beach

Palma’s focus is the water. The city stretches along both sides of the Bay of Palma, boasting a harbourside promenade, bustling marina and five beaches – each offering long stretches of sand and crystal-clear waters. Even the city’s most famous sight, the imposing Gothic cathedral, enjoys a prime harbourside location.

The closest beach to the city centre is Ca'n Pere Antoni. This small stretch of golden sandy beach starts just beyond the cathedral and has a promenade and cycle path running along its length. The view of the cathedral from here is breathtaking. A little further along you will find Portixol, another pretty beach, famed for its bustling restaurants and bars.

Sailing is a popular pastime in Palma. The city hosts the Princesa Sofía Trophy and the Copa del Rey of sailing, bringing a real buzz to the harbour front. Throughout the year a number of companies offer sailing trips around the Bay of Palma, dropping into tiny bays and beaches that cannot be reached by car. 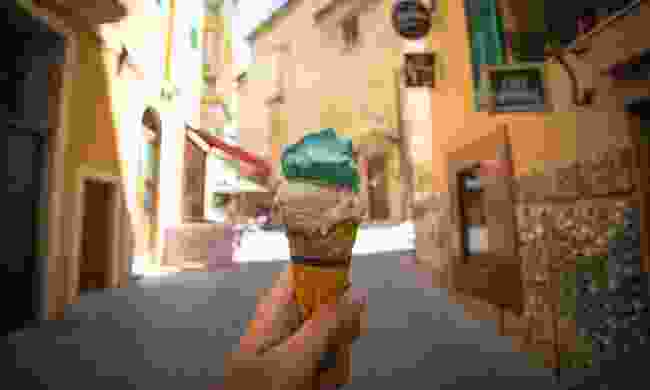 Set on the largest of Spain’s sun-drenched Balearic islands, Palma de Mallorca sits halfway between Barcelona and North Africa in the azure waters of the western Mediterranean. With its mild winters and hot and sunny summers, it is the perfect short break getaway at any time of the year.

The average annual temperature is 18°C. In summer that creeps up to 24.5°C, with the water a balmy 26°C. But even on the hottest days, a cooling sea breeze is never far away – nor one of the city’s famous heladerias with their delicious range of ice creams.

5: The rest of Mallorca 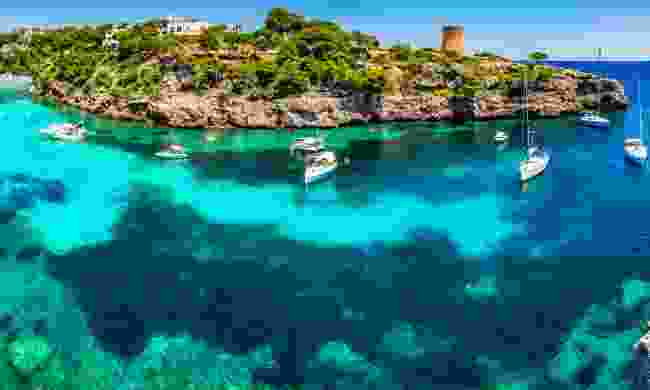 The bay at Cala Pi (Dreamstime)

Palma makes an excellent base for exploring the rest of Mallorca. Although it is the largest of the Balearic islands, most of its attractions are easily accessible from the capital. Within an hour you can be hiking the trails of the Serra de Tramuntana mountains or riding the restored trams between Sóller and the Port of Sóller.

One of the great joys of Mallorca is discovering its hidden coves and beaches. Avoid the big mega resorts and instead head to the north and east where any number of enchanting bays and inlets await. Or head into the island’s forgotten rural interior where life continues as it always has, with a focus on good food and taking the time to enjoy it.

Eurowings has just opened a new base in Palma, expanding its services between the city and the rest of Europe. For more details visit eurowings.com