Compact, incredibly diverse and home to award-winning trails, Luxembourg is the perfect hiking destination. The food and wine is worth seeking out too 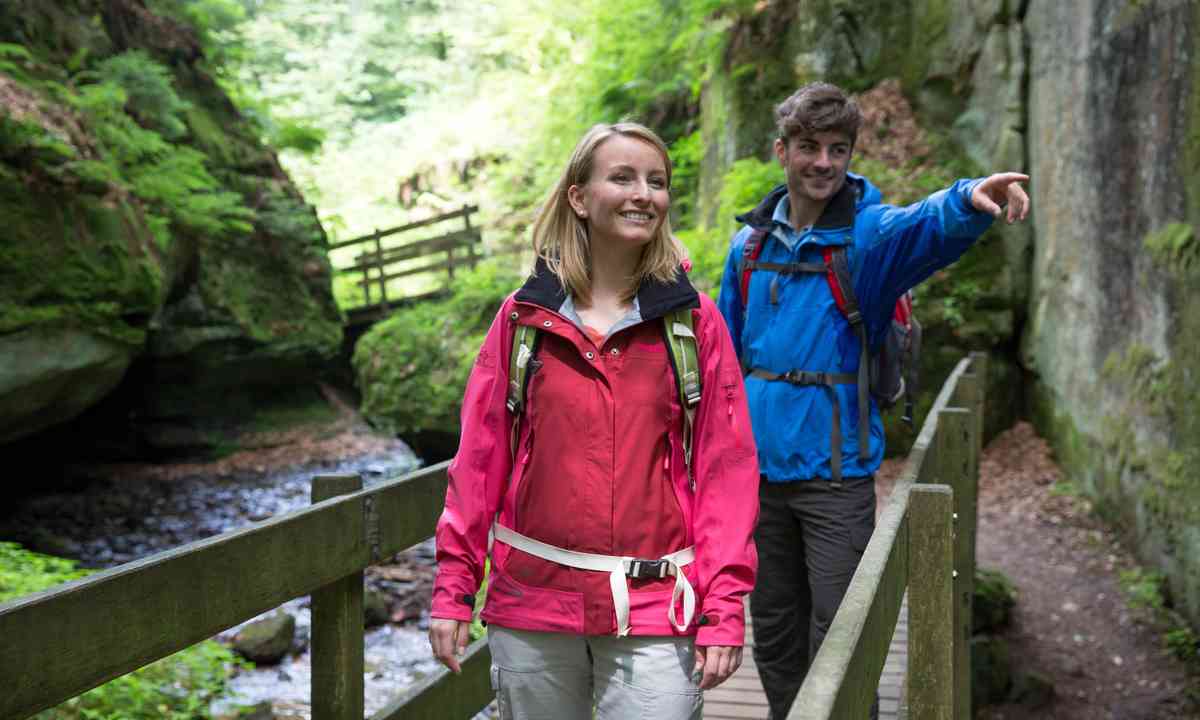 You might imagine you could wander through a country as diminutive as Luxembourg on a lazy Sunday afternoon and be out the other side before teatime. But beyond the city's UNESCO World Heritage listed centre, the Grand Duchy offers hundreds and hundreds of kilometres of prime trails.

Deep-cut valleys ripple out into a rural hinterland of thick woodland, narrow gorges, precariously stacked rocks and strangely sculpted cliff faces. Trails venture along the Moselle, in the Land of the Red Rocks, the Ardenne and the Mullerthal region. The variety is astounding – revealing a fascinating landscape of soaring rock formations, old mills, wineries, ancient castles and historical towns and villages.

The spectacular Mullerthal Trail has been awarded 'Leading Quality Trails – Best of Europe' by the European Ramblers' Association and offers a diversity of landscape, well-maintained off-road paths and top-notch signage.

The Mullerthal Trail is made up of three routes. Route 1 offers rocks, woodland and meadow, while Route 3 combines rocks with romantic castles and watery glens. If you can only do one, head for Route 2 with the most spectacular rock formations in the area – particularly the stretch from Berdorf to Mullerthal.

On the trail, the hiker sees little in the way of civilisation (surprisingly for this tiny country). Pines spread out along the table-top rocks, piled up, Jenga-style and cracks open up to swallow walkers in moist, shadowy ravines.

It's not uncommon to catch sight of deer or wild boar, or the red-backed voles that squirrel through the pathside vegetation. Heron are common too, standing on the banks of the rivers and brooks of the Black Ernz and the Hallerbachtal valleys below the romantic castles of Beaufort.

3: A tale or myth awaits on every trail 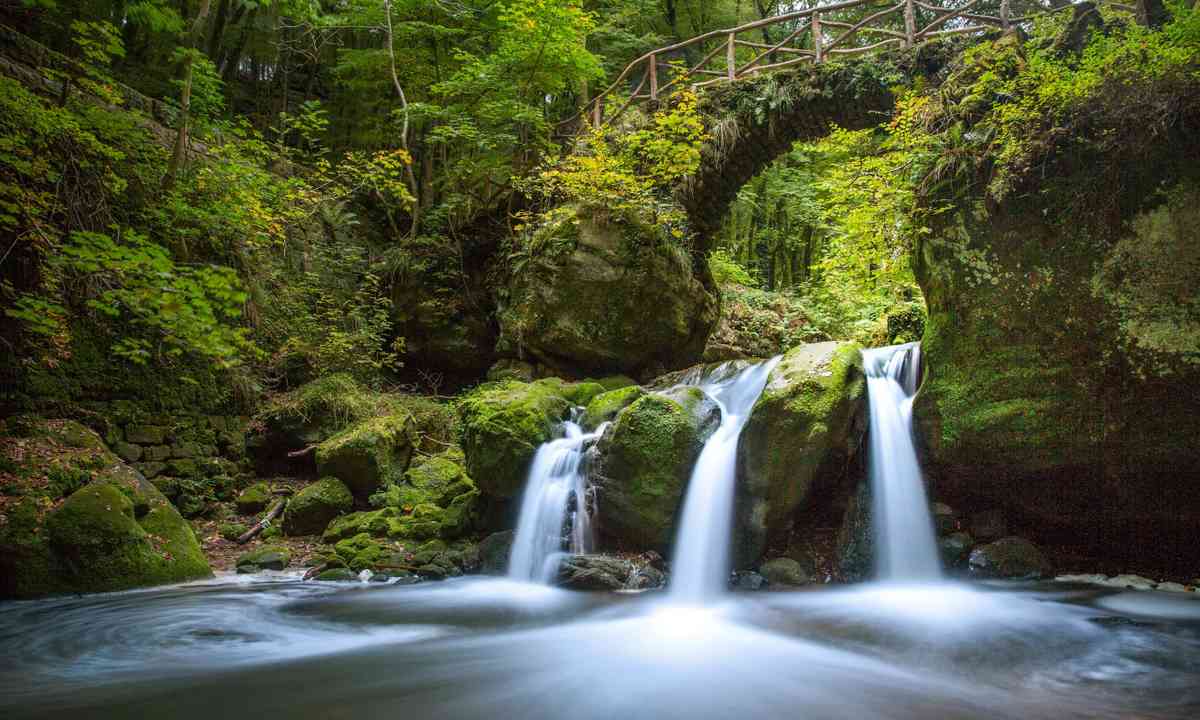 The weathered rocks, with their curious shapes, lend themselves to the imagination: a lion's head complete with mane, a fish and a one-eyed monsters are just some of creatures that emerge from the rocks. The stories of rock monsters keep over-excited children in check – discouraging them from falling down cracks or off rocks.

Between Echternach and Berdorf, the hiker wanders through the Wolves' Canyon, where the animals once roamed. Humans also dwelt in these woods in earlier times and you can still find them listed in old records as forest dwellers. During World War II, members of the Luxembourg resistance made the forest a temporary home as they went into hiding.

Apart from the naturally sculpted rocks, there are ancient, man-made carvings in the soft sandstone. In the moss-covered valley of Hallerbachtal, just below the ruins of Beaufort Castle, you'll find a deer etched into the rock – and the face of a local man who had his profile carved on a stone just to annoy a forester he didn't get along with. He thought it worth the fine.

Hire a local guide through the Tourist Information Office in Echternach to hear more stories of the forest.

4: Fairy tale towns as your base 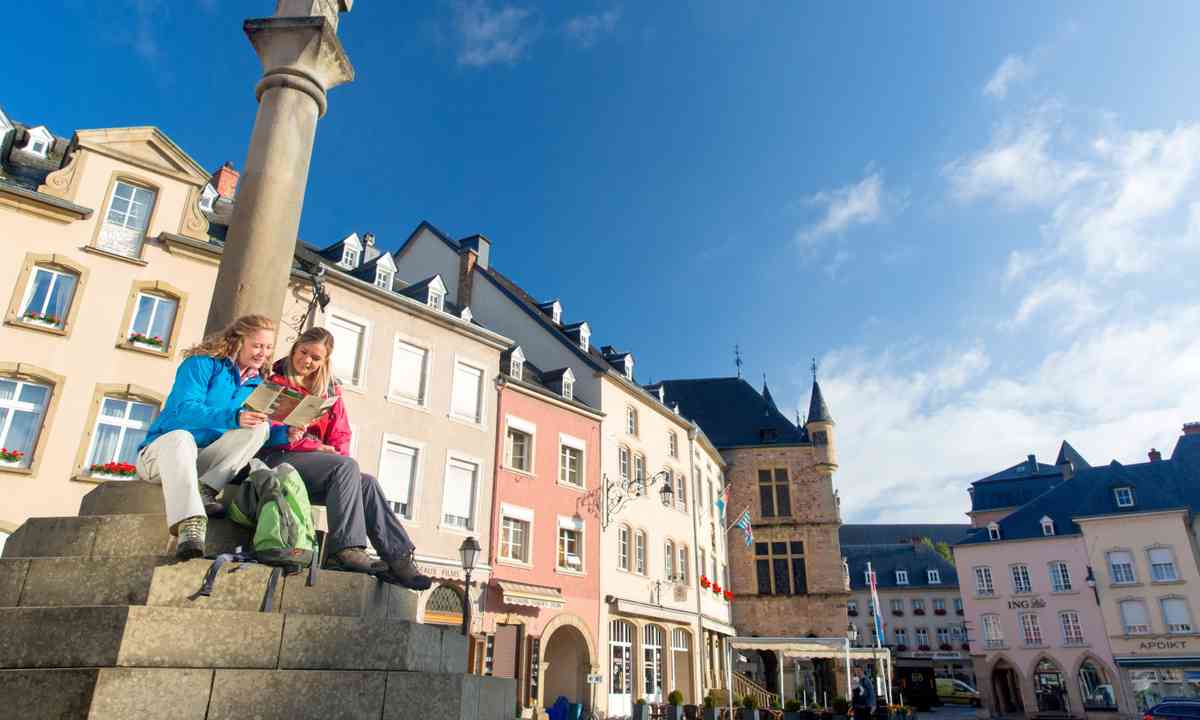 The towns where you’ll be based are as enchanting as the trails you’ll walk along.

Echternach, Luxembourg's oldest town, sits on the edge of Little Switzerland, its pastel-coloured buildings snuggled into an elbow of the River Sûre on the border with Germany. The settlement sprung up around the imposing abbey, although nowadays life tends to centre round the town square with its restaurants, cafés and outdoor seating. There's a wide range of accommodation on offer from high-end boutique hotels to a trendy youth hostel on the lake at and a couple of campsites – one of which has furnished pods.

Alternatively, the quieter Berdorf, sitting on a plateau in the heart of Little Switzerland, offers a handful of mid-price hotels, and a campsite with eco-lodges. The nearby Aqua Tower houses a small water museum with 360° views of the area. Sample the local cheeses at the Fromagerie Schmalen-Brouwer, or walk down to the forest amphitheatre, often hosting concerts and plays in summer, and Hohllay beyond, a hollowed out rock that was used to extract millstones.

5: Amazing food and drink to fuel your hike 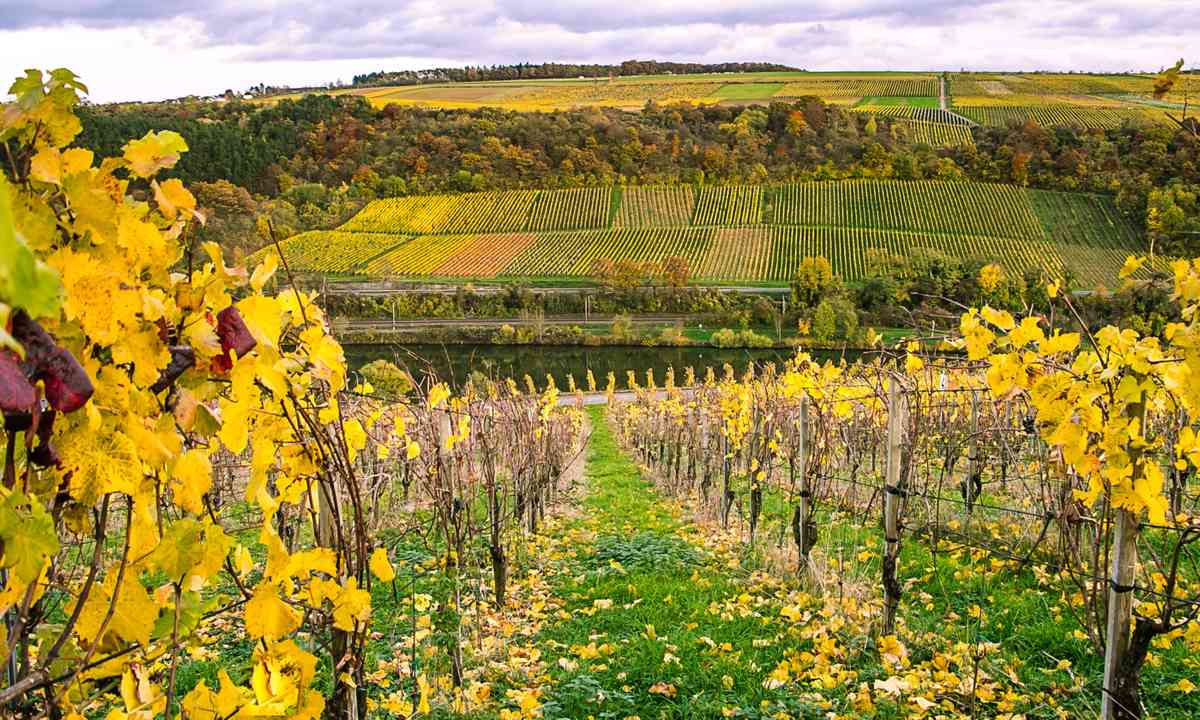 Vineyards along the River Moselle (Dreamstime)

Luxembourgers have a saying: 'Our cuisine has the quality of the French kitchen, and the quantity of the German's.' This is true, and there's no lack of restaurants serving good food.

Try the Brasserie Heringer Millen at Mullerthal for quality local food served in the floor to ceiling glass conservatory with pleasant views over the valley.  Or the Hotel Le Bon Repos Sports & Wellness at Scheidgen with its exceedingly friendly staff and personable service.

For the finest dining, look no further than Au Vieux-Moulin near Echternach. Keep an eye open, too, for local festivals serving up street-style food: German-style sausages and French fries, barbecued meats and diet-busting waffles.

The Luxembourgers love their aperitifs. Crémant is a firm favourite – and the liqueurs are excellent too. The blackcurrent Cassero at Beaumont Castle is a must. The locally produced wines are surprisingly good. Luxembourg, heavily influenced by German and Belgian culture, also has a reputation for decent lagers and wheat beers.

For more information on hiking in Luxembourg drop by visitluxembourg.com.