5 reasons to go to Antarctica

1. You’ll have a real wilderness adventure 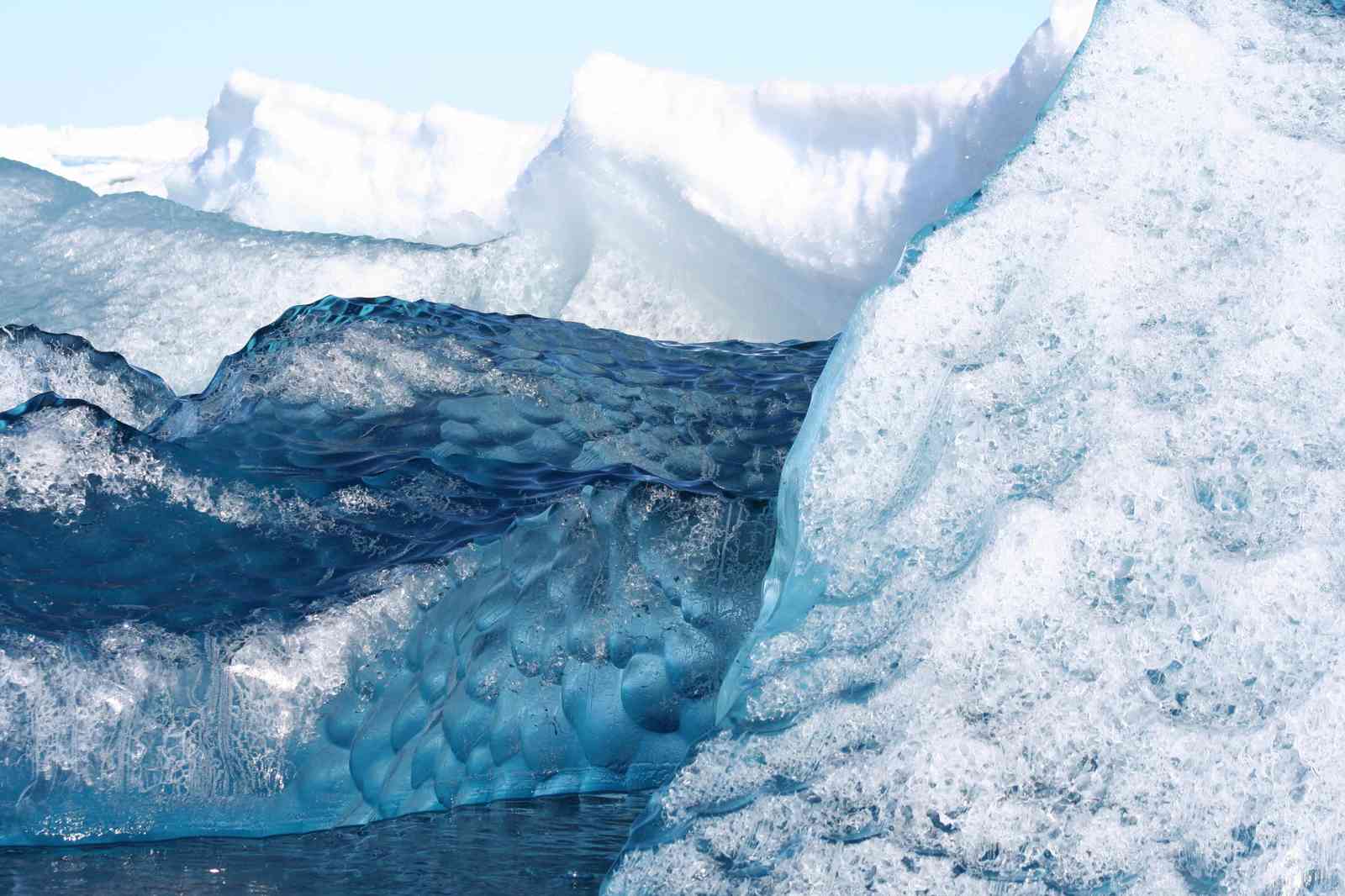 Antarctica is the last great untouched wilderness, a continent of stunning and alien beauty with a rich history of adventure and exploration. It’s a world of white, blue and grey as far as the eye can see, with ice sheets, some two miles deep, ever-shifting crevasses, and, off the coastline, magnificent icebergs.

Larger than Europe, Antarctica’s icy cover spreads out across the sea in winter, doubling its size and forming an impenetrable barrier. During the summer (November to March) the sea ice shrinks, allowing tourist ships, as well as station personnel, access to this magical world.

Most visitors arrive by ship, usually on ice-breakers or vessels with reinforced hulls. Inflatable dinghies with outboard motors are the best way to explore the islands and mainland.

The opportunity for adventure is endless. You can camp on the ice, kayak between icebergs, take the ‘polar plunge’ and swim in sub-zero waters, scuba dive and perhaps come face-to-face with a seal underwater, cross-country ski, or go mountaineering.

2. You can witness world class wildlife 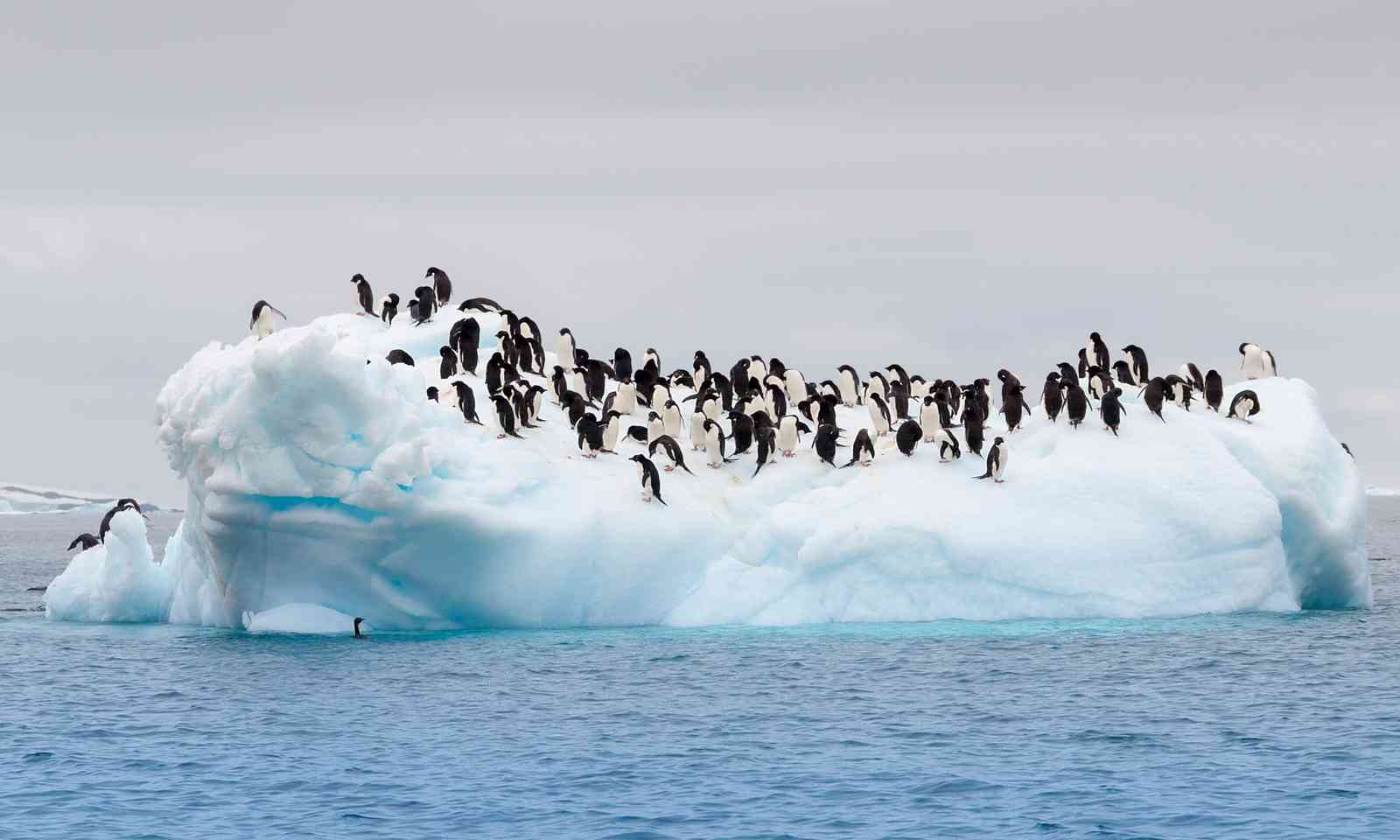 Antarctica is home to many creatures found nowhere else on the planet. Watch with horrified fascination as a Leopard Seal tosses an Adelie penguin in the air before it opens its enormous jaws and devours it.

Enjoy the gentler Crabeater Seals basking in the relatively warm summer sun on floating sea ice, or observe the flatulent Southern Elephant Seal,  the largest seal in the world and perhaps the smelliest.

A majestic wandering albatross (with a wingspan up to nine feet) may follow your ship, and you’re likely to hear the hiss of a humpback whale exhaling from its blowhole as it comes up for air, sometimes so close to the hull you may feel the spray on your face. When the tall dorsal fins of a pod of black and white Orcas break the water’s surface, it takes your breath away.

If you arrive early in the season, you’ll witness new life being born, including fluffy white seals and downy grey penguin chicks. Visiting a large penguin colony, like the one hundred thousand breeding pairs of Chinstrap Penguins on Deception Island, is an incredible experience, not just because of the noise they make, but because the inquisitive little fellows can’t resist investigating your boots and camera bag.

3. You can discover heroic history 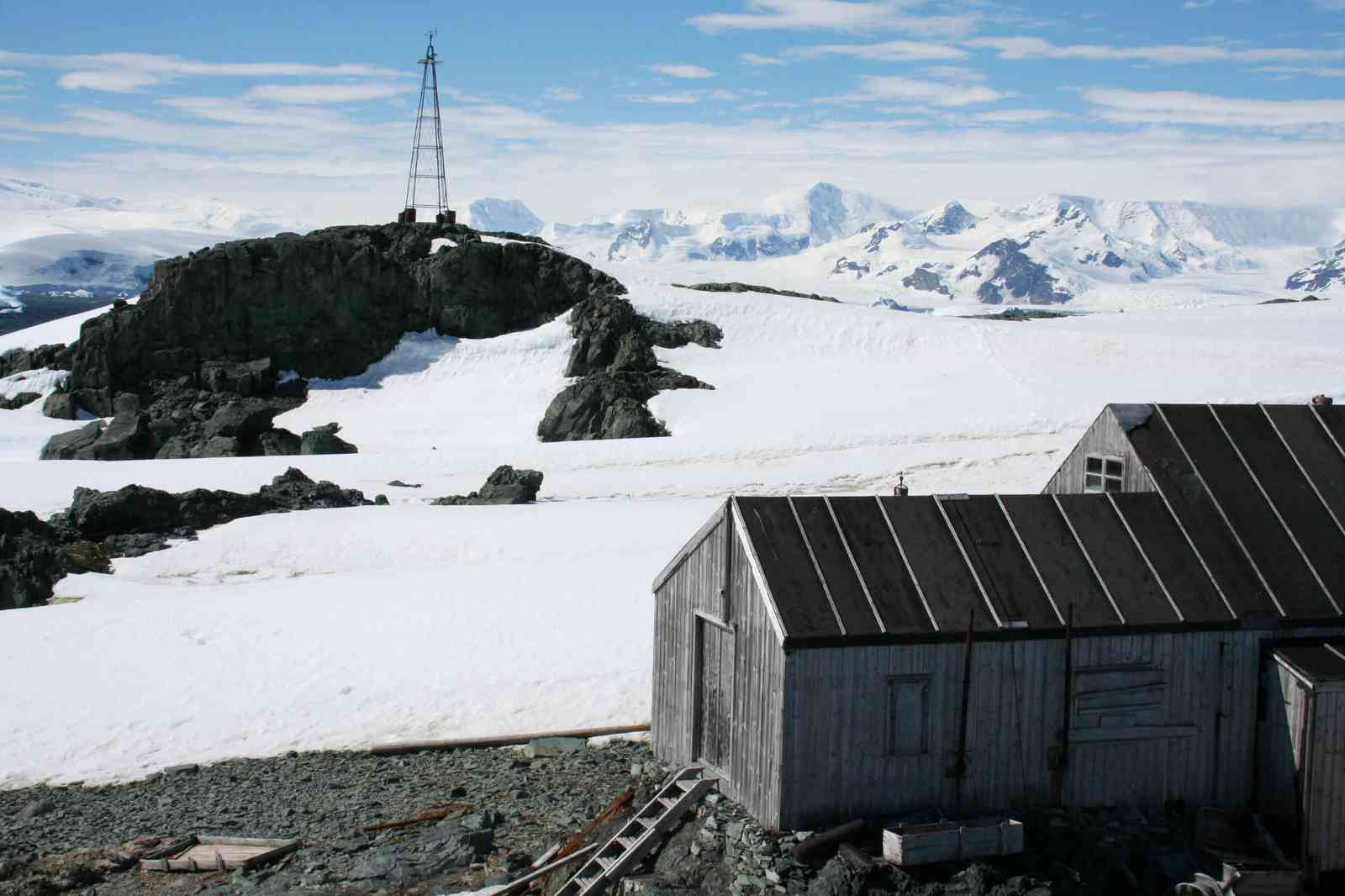 Antarctica has a rich history of exploration, heroism and adventure. There are few of us who haven’t heard the tales of Robert Falcon Scott, Roald Amundsen, Ernest Shackleton and Sir Edmund Hillary, and because the climate is so cold and dry (Antarctica is a desert), the historic huts and their contents remain in remarkably good condition.

As you enter Scott’s Hut at Cape Evans, it’s like stepping back in time to 1911. You can see bunk beds, kitchen pots and pans, medical supplies, books, even a big stack of seal blubber that they used in a blubber stove.

But there are also huts of less famous expeditions, such as Base ‘W’ on Detaille Island, which was abandoned by a small group of researchers in 1959.

In the windows hang green and white checked curtains. The tool room is full of everything needed to build and maintain the hut. Hanging over a stove in the kitchen is a pair of long johns, with rusted tins of Scotch Oats and bottles of HP Sauce in the cupboards. A jigsaw puzzle of a quant English village scene is part-completed. A World Sports magazine dated August 1953 lies open on a table. It’s as if the inhabitants will return at any minute. 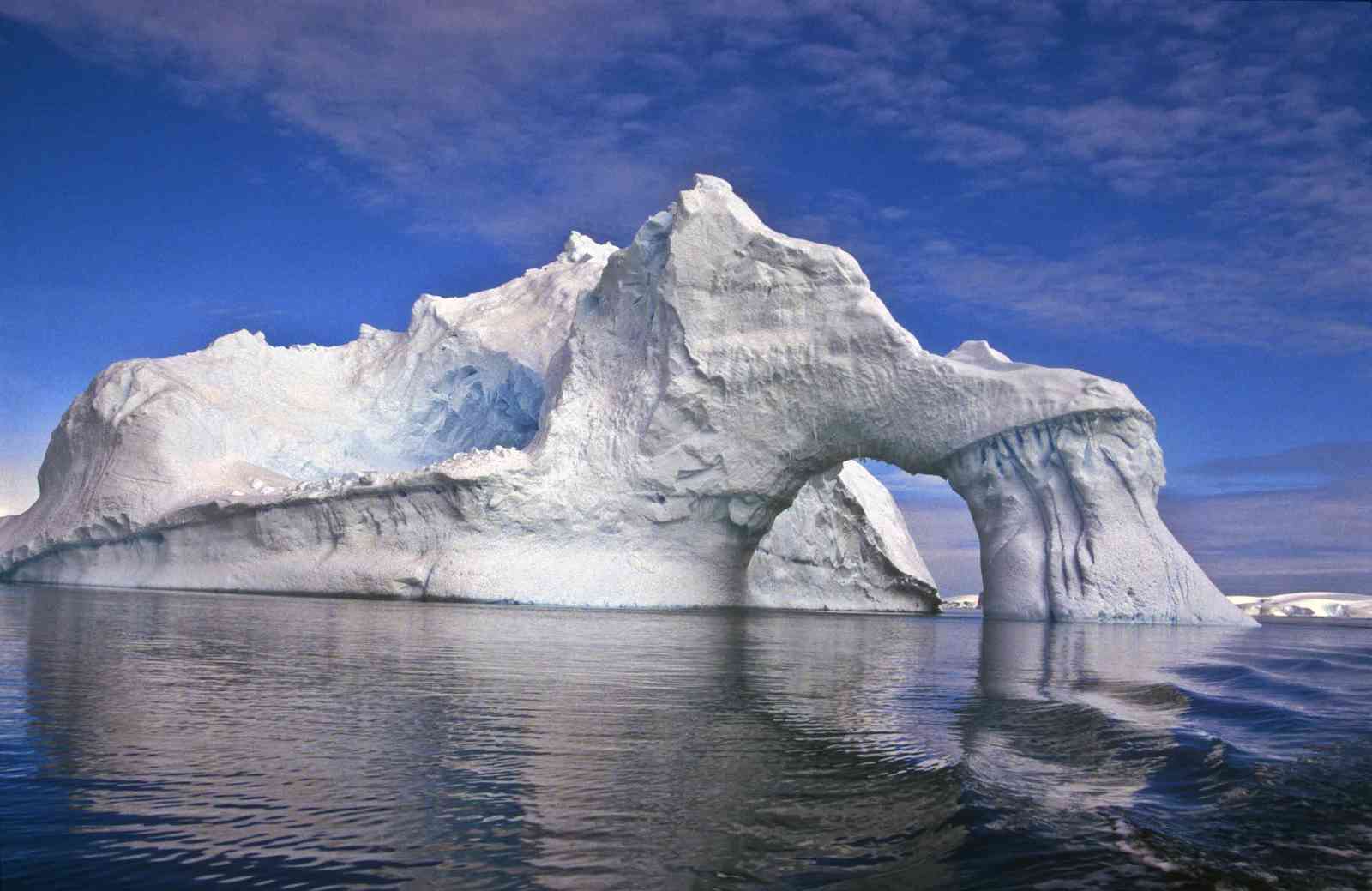 It’s not just the wildlife and the historic huts that inspire photographers. The winds and waves carve amazing ice sculptures.

You can also peer down crevasses that could be hundreds of feet deep, or stand on virgin ice that no person has ever stood on before.

Depending on when you travel during the summer season, you may experience 24 hours of daylight, which means plenty of opportunity to take photos of the landscapes and wildlife.

5. It’s one of a kind: a peaceful continent that nobody owns 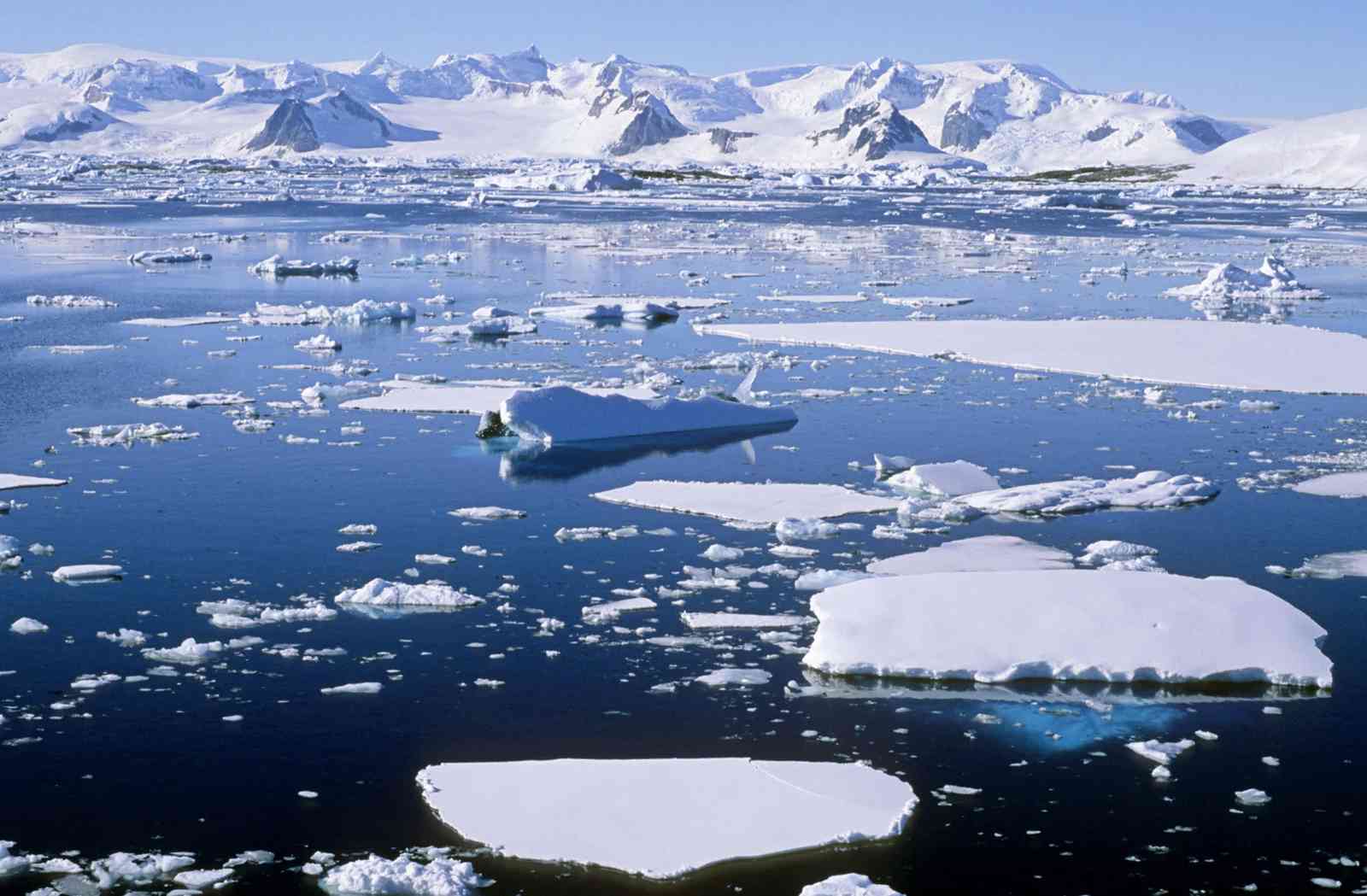 Antarctica is unique in so many ways, but perhaps the most extraordinary is its peacefulness. Take time out from the screech of penguins squabbling or the bark of fur seals, and walk inland where you can sit quietly in this vast wilderness of ice. The silence is both cleaning and energising, perhaps because in our busy lives, silence is nearly impossible to find.

I put Antarctica’s cathartic quality down to its vast open spaces and the fact that nobody owns it. Antarctica is managed in a unique way: by a host of co-operating nations. The Antarctic Treaty is a goodwill agreement, and yet, so far, it has kept Antarctica protected and free from crime and exploitation.

Imagine if, like Antarctica, your country had never been to war, had no military presence, there had never been a single murder, and a group of nations worked together to maintain that peace.

Because of this Treaty, Antarctica remains a peaceful place of scientific discovery. As long as Antarctica is protected this way, it will remain one of the most unusual and breathtakingly beautiful places in the world to visit.

Thriller author L.A. Larkin has set two novels in Antarctica. The most recent, Devour, will be published by Constable in January 2017. See www.lalarkin.com for details.

Want to go to Antarctica? Check out these incredible Antarctic adventures:

The Quest for the Antarctic Circle