UNESCO World Heritage status has put the spotlight on the Lake District National, but lesser-known UK national parks have just as much to offer. Here are 5 you should spend time in this summer 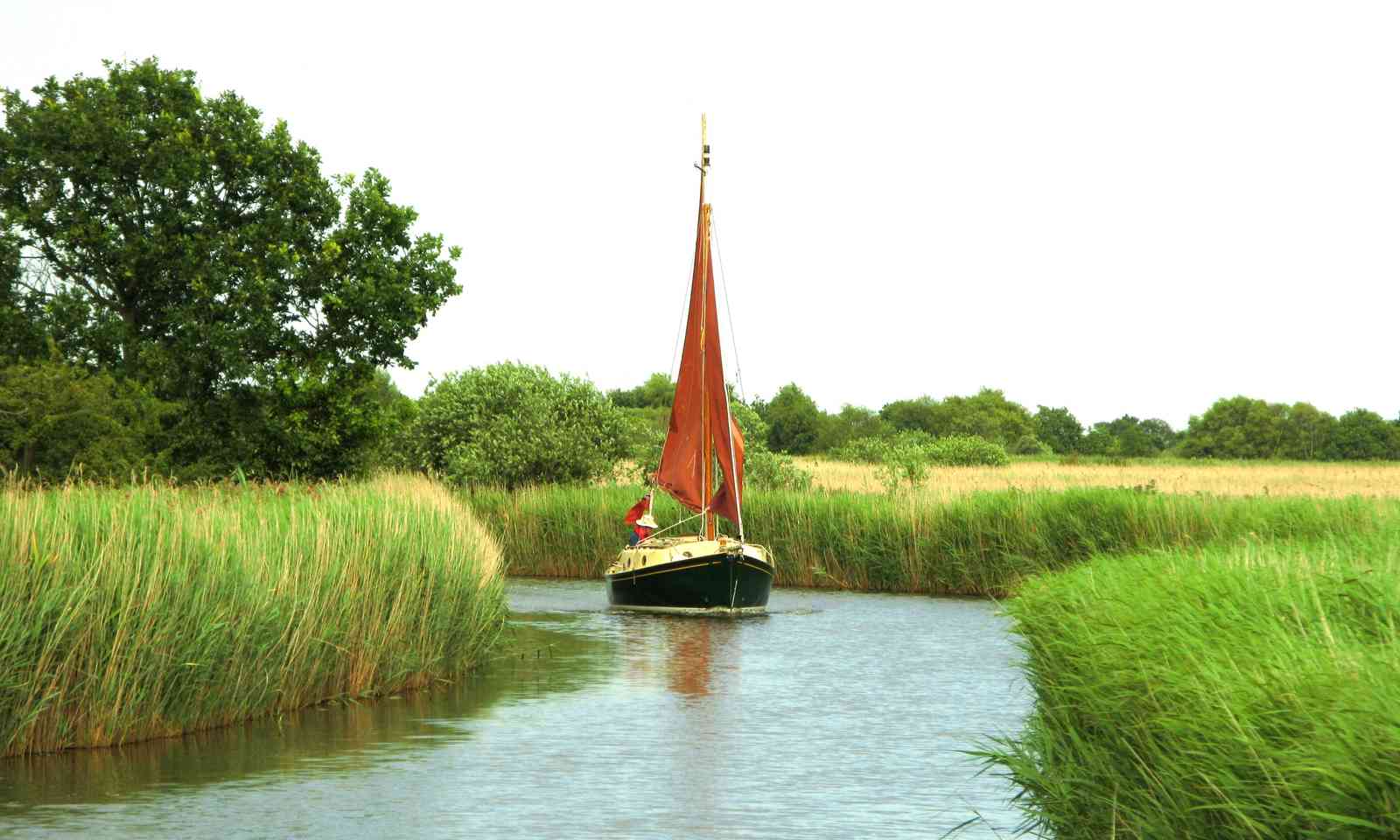 A patchwork of landscapes with seven rivers and over 60 broads, the Broads National Park stretches over Norfolk and Suffolk and is home to over a quarter of Britain’s rarest wildlife. It is the country’s largest protected wetland, formed by the flooding of old peat diggings.

As you’d imagine, the Broads are ideal for all kinds of boating and fishing, but there are plenty of footpaths and cycle paths too. The landscape is dotted with Roman forts, medieval churches and traditional drainage windmills for the history buffs and traditional pubs for those who enjoy a hearty meal and a local craft ale.

The Broads, naturally, are a birdwatcher’s paradise. Warblers are in abundance. Bittern numbers have increased and the marsh harrier has made a spectacular comeback. The ‘mini beasts’ are worth checking out too, with the Broads providing sanctuary for 230 nationally important invertebrates, including Britain’s largest butterfly, the swallowtail and the rare Norfolk hawker dragonfly. 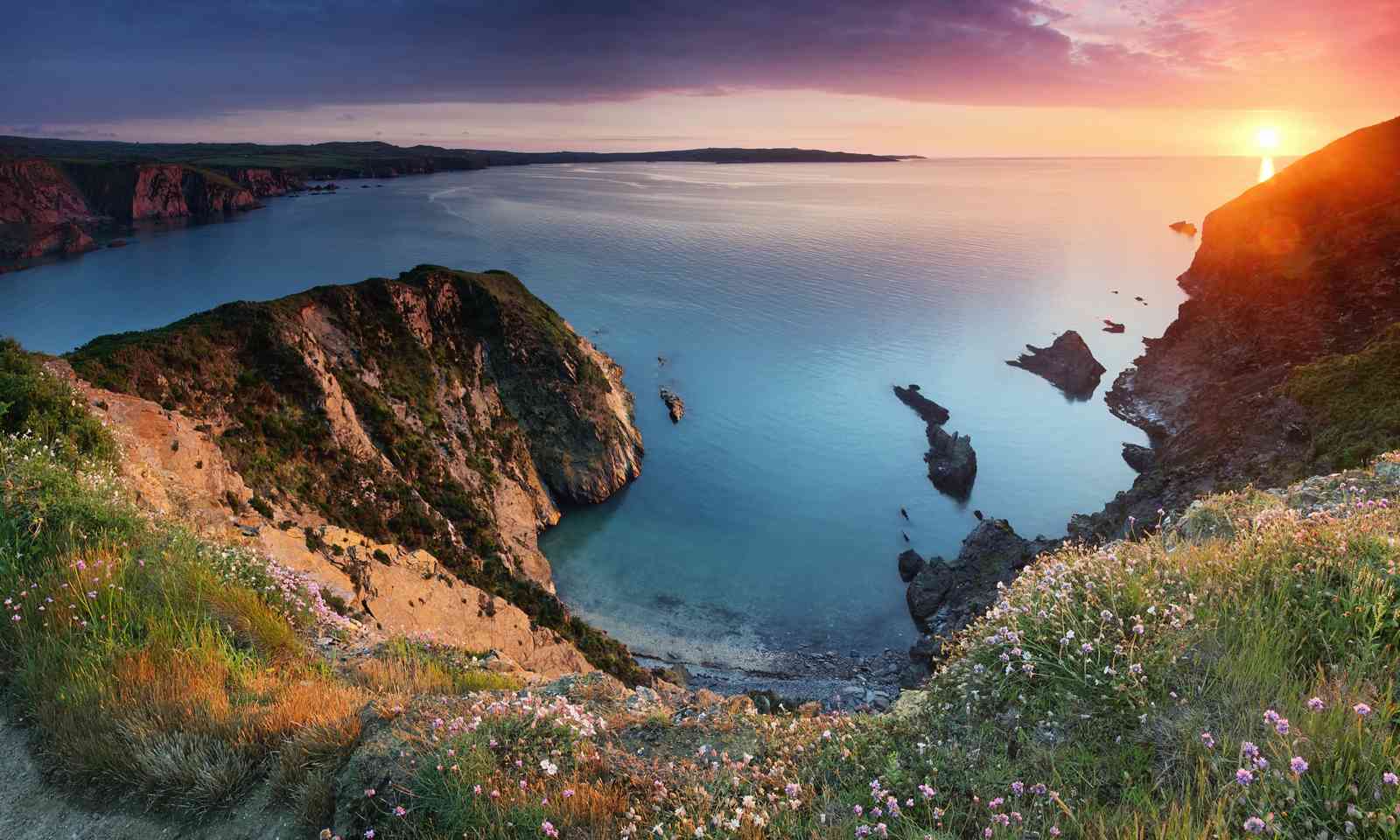 Sunset on the Pembrokeshire Coast (Dreamstime)

The Pembrokeshire Coast is Britain's only fully coastal National Park, with 418km of cliffs, beaches, harbours and coves. Kayaking, surfing and coasteering are popular here, and seals, dolphins and basking sharks are spotted regularly and easily.

It is also a landscape steeped in history, dotted with prehistoric tombs, Celtic crosses, Iron Age Hill Forts and numerous castles. Tiny St Davids is a case in point, boasting a cathedral, a bishop’s palace, a 14th Century tower gate and an old Celtic Cross.

For the active, walking the Pembrokeshire Coast path is a challenge in any weather, with 300km of coastline pathway that can be dipped in and out of at many different points. The long sandy beaches offer traditional seaside pursuits, without the crowds. 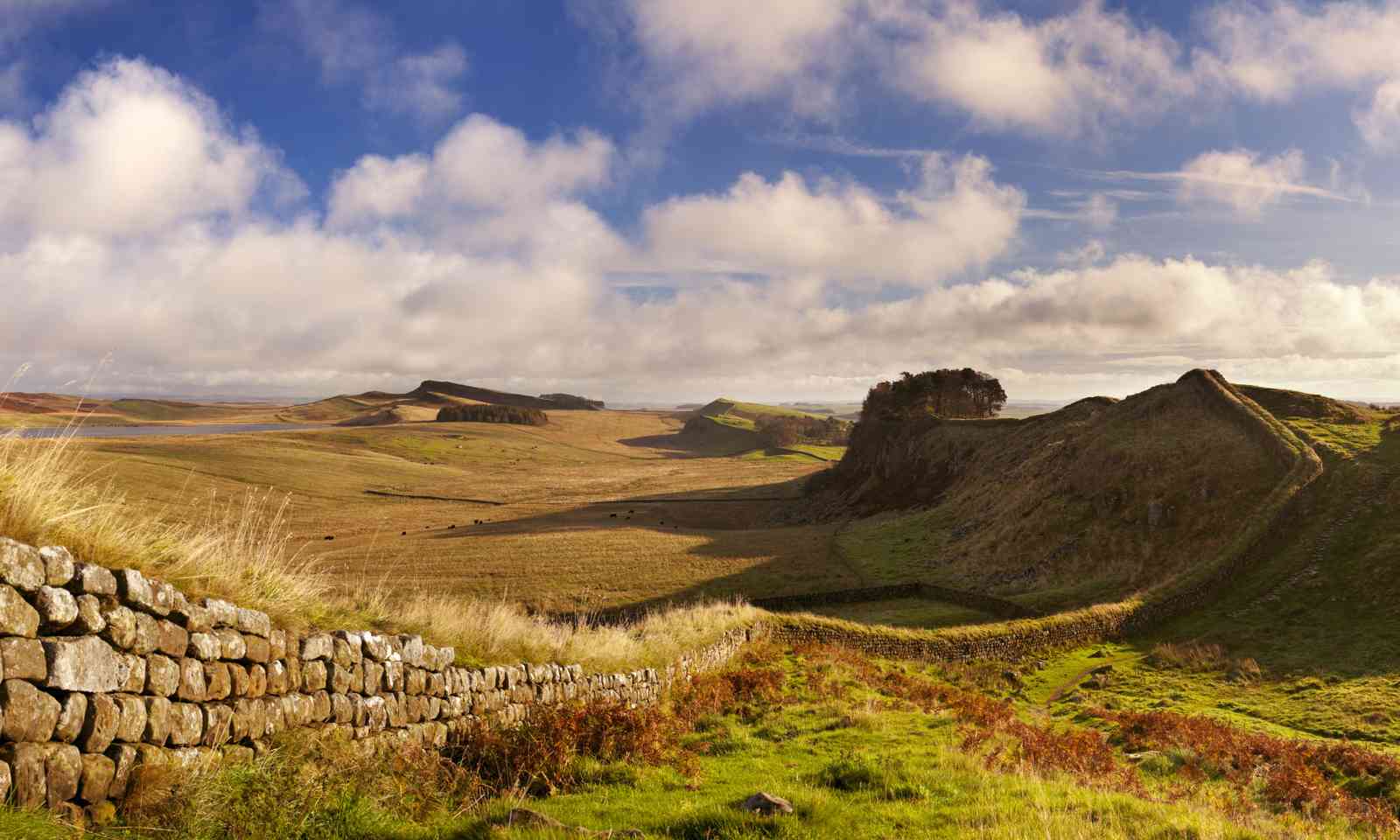 Less than an hour from Newcastle, Northumberland National Park is perhaps best known for Hadrian’s Wall, the ancient Roman structure that runs through it’s entirety. But with the opening of the Northumberland Dark Sky Park, the largest area of protected night sky in Europe, a whole new type of visitor is flocking to the park: the stargazer.

Regarded as one of England's most tranquil areas, with rolling hills and gentle mountains, the park offers a variety of walks to suit all ages and levels of fitness.

The Pennine Way passes through the park, as does the Border Ridge, a walk along the border between England and Scotland. The Hethpool Wild Goat Walk is an easy family walk that follows St Cuthbert’s Way, passes a waterfall on Cuthbert Burn and offers the chance to see wild Cheviot goats.

The Kilham Hill Trail is an altogether more challenging walk, with steep climbs and one of the best views in the park. Cyclists should try the Black Grouse and Buzzard cycling routes. 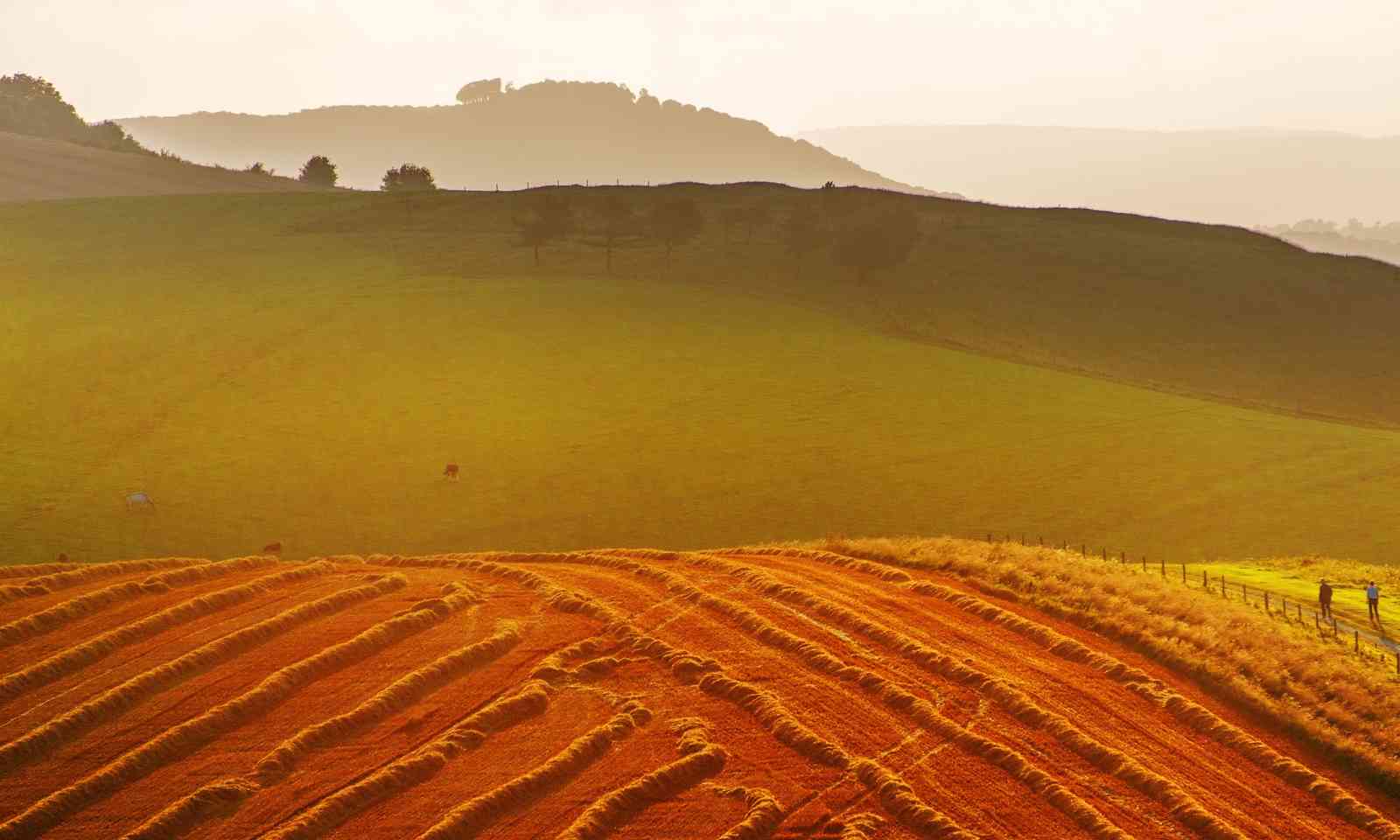 England’s newest National Park, South Downs stretches from Winchester in the west to the chalk cliffs of the Seven Sisters in the east. It is also one of the most accessible national parks, only an hour by train from London and easily reached from Brighton, Portsmouth, Eastbourne and Winchester.

This is a land of rolling green hills, ancient woodlands, lowland heaths and picture-postcard villages, where a slice of Victoria sponge or a craft beer are never far away. There are plenty of opportunities to get active too. You can walk, cycle or horse ride The South Downs Way, which spans the entire length of the park and is the only National Trail that lies wholly within a national park.

The chalk grasslands and woodlands are rich in wildflowers and butterflies. As you get closer to the coast, the gentle hills and bustling market towns give way to dramatic chalk cliff coastlines. The park is home to 11 different orchards, 309 types of butterflies, badgers, weasels and stouts, with yew trees in Kingley Vale so ancient that nobody really knows how old they are. 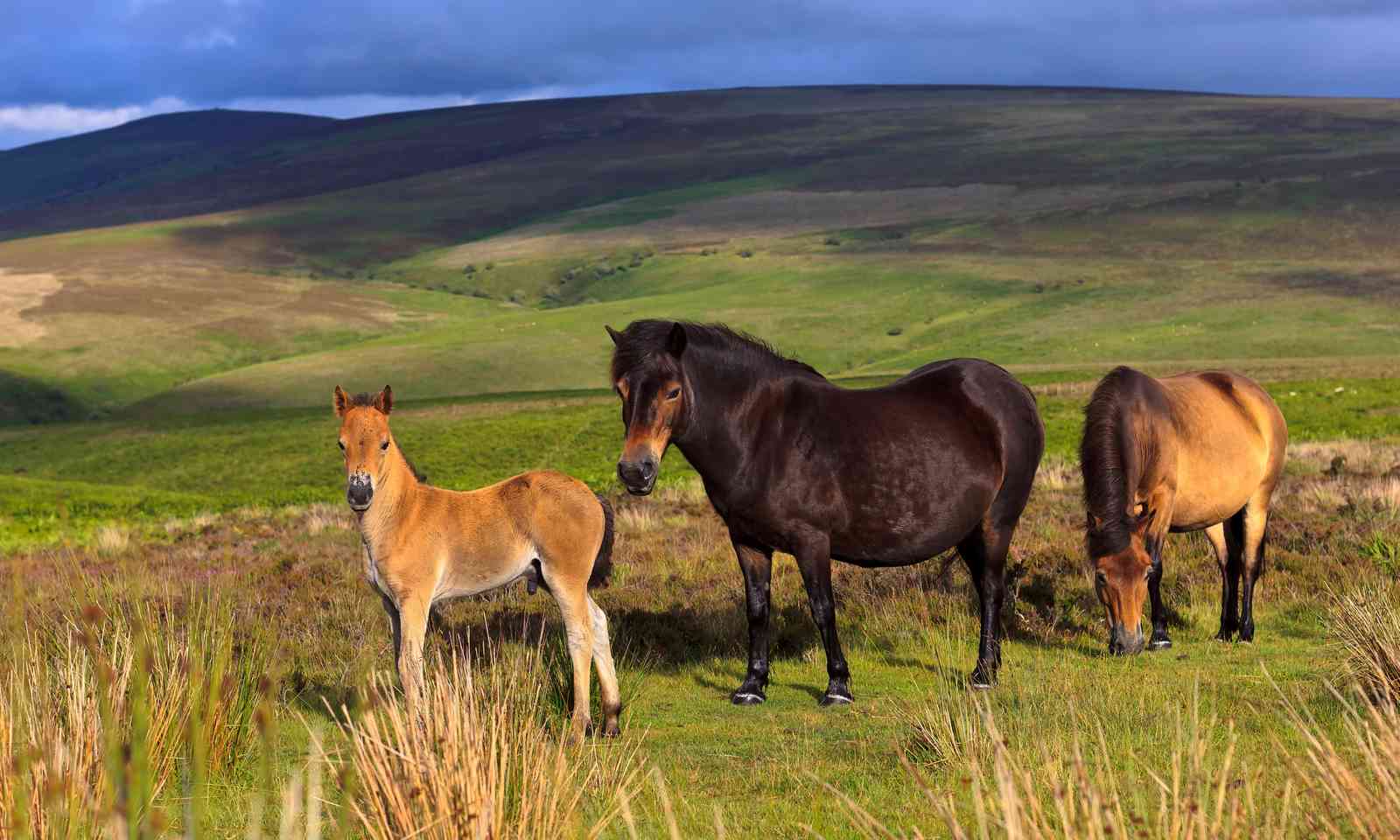 Home to the highest sea cliffs in England and a landscape of woodland and vast, barren moors, Exmoor National Park is one of the few areas in the south of England that feels truly remote. It is a landscape that has inspired poets, painters and novelists (Shelley and Coleridge were regular visitors) and continues to provide solace to those looking to escape the stresses of the modern world today.

Here, you’ll find ancient woodlands swathed in bluebells, ponies running wild amongst the heather and cliffs plunging dramatically into the sea. There are countless hiking trails, as well as paths for mountain biking and horse riding, and a rugged coastline perfect for sea kayaking. A picturesque village serving delicious local produce is never far away.

There is history too, with evidence of prehistoric hut circles and field systems on the moors, Roman fortlets on the coast at Old Burrow and Martinhoe and medieval villages in Dunster, Barlynch and Badgworthy.