Quirky and independent and only an hour from London, this lively harbour town in Kent is bursting with great views, world famous oysters and narrow alleyways calling out to be explored

1: Harbour Street and the alleys 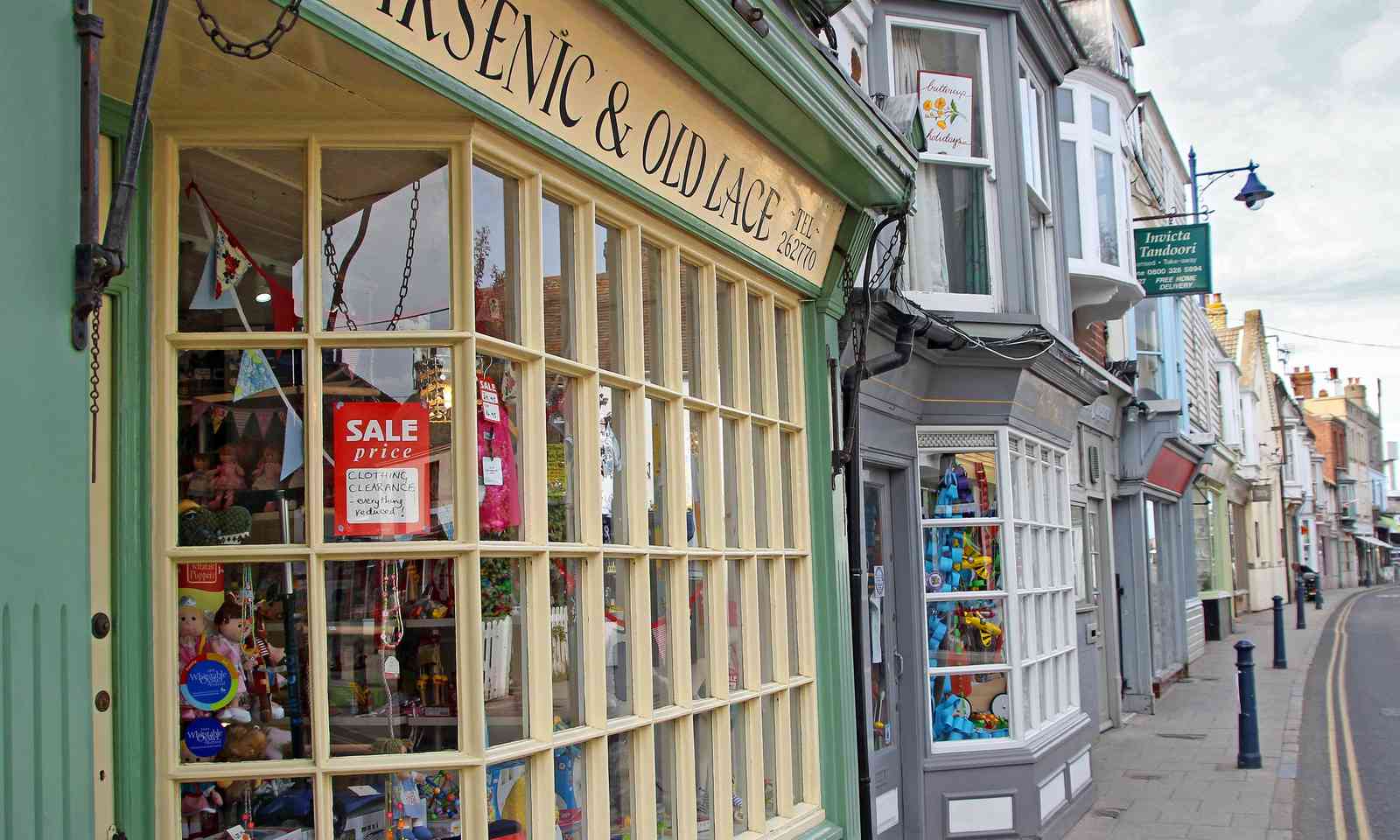 Nowhere is Whitstable’s quirky and independent spirit more on display than in the old winding thoroughfare known as Harbour Street. But threaded throughout the whole town are little-known ancient alleyways, like Squeezgut, as narrow as its name suggests.

Harking back to the town’s previous smuggling history, these alleys head down to the sea, so taking any one of them will act as a good short cut around a town, which has bravely resisted the cloned appearance of so many city High Streets and still boasts a variety of colourful independent shops selling everything from connoisseur cheese to vintage vinyl.

In Whitstable, the 'traditional” sits comfortably beside the 'on-trend', so a morning spent exploring art galleries and boutique shops can be fuelled by an invigorating freshly squeezed juice at the Whitstable Produce Store, which is almost missable due to its modest frontage, or a hearty breakfast at the Tudor Tea Rooms and Restaurant, an old haunt of the late horror movie actor, Peter Cushing. The Tudor Tea Rooms offers a delightful courtyard garden in summer and a comforting open fire in winter months, which the locals find hard to leave.

Almost concealed at 5a Oxford Street (an extension of the High Street) is the Whitstable Museum, so keep an eye out for its entrance, set back from the pavement in a building called Forester’s Hall. Here the town’s seafaring history is proudly on display, together with artefacts showing the part the town played in the development of deep sea diving.

2: The harbour and its oysters 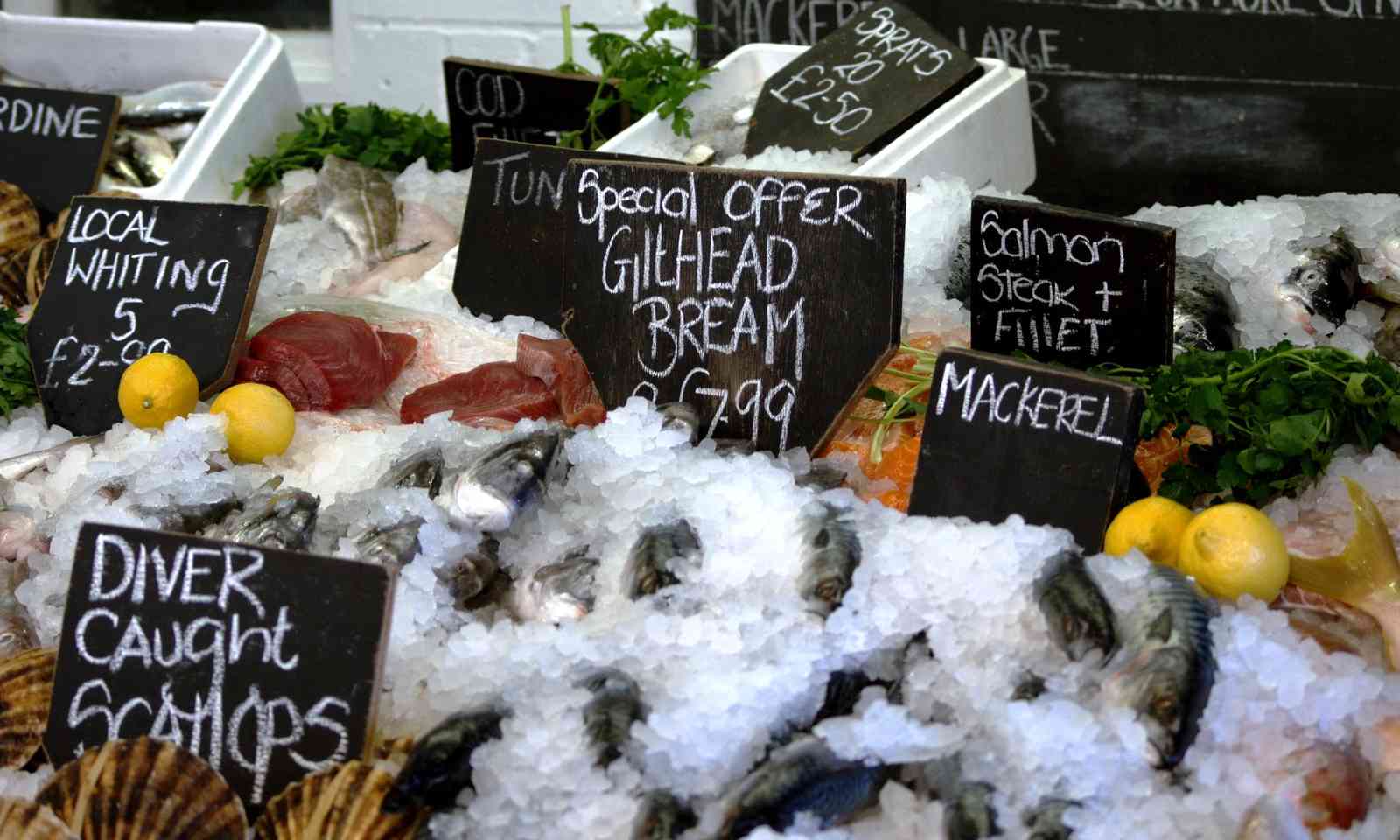 At the eastern end of Harbour Street, pause for breath on a bench beneath some tall trees at a spot called Starvation Point, the name of this triangular piece of land echoing a time when unemployed seamen would congregate here in the hope of being hired for a sea voyage. Heading directly across the road to Whitstable’s working harbour, make a bee-line for the tall black timbered fishermen’s huts where Derek West’s unpretentious little stall sells some of the finest oysters that now define the town.

In his late 80s, Derek is said to be the oldest working fisherman in Britain, and an expert on the bi-valve that has gone from being the staple fare of Victorian times to the luxury item of today. Derek’s oysters are filtered in trays in a hut close to where a little red fishing boat, Misty, is operated by oyster fisherman Andy Riches.

A stroll through the fish markets reveals just how important oysters are to this small community. In July, they are celebrated with the annual Whitstable Oyster Festival, a celebration of all things oyster that culminates with the crowing of an Oyster King and Queen. 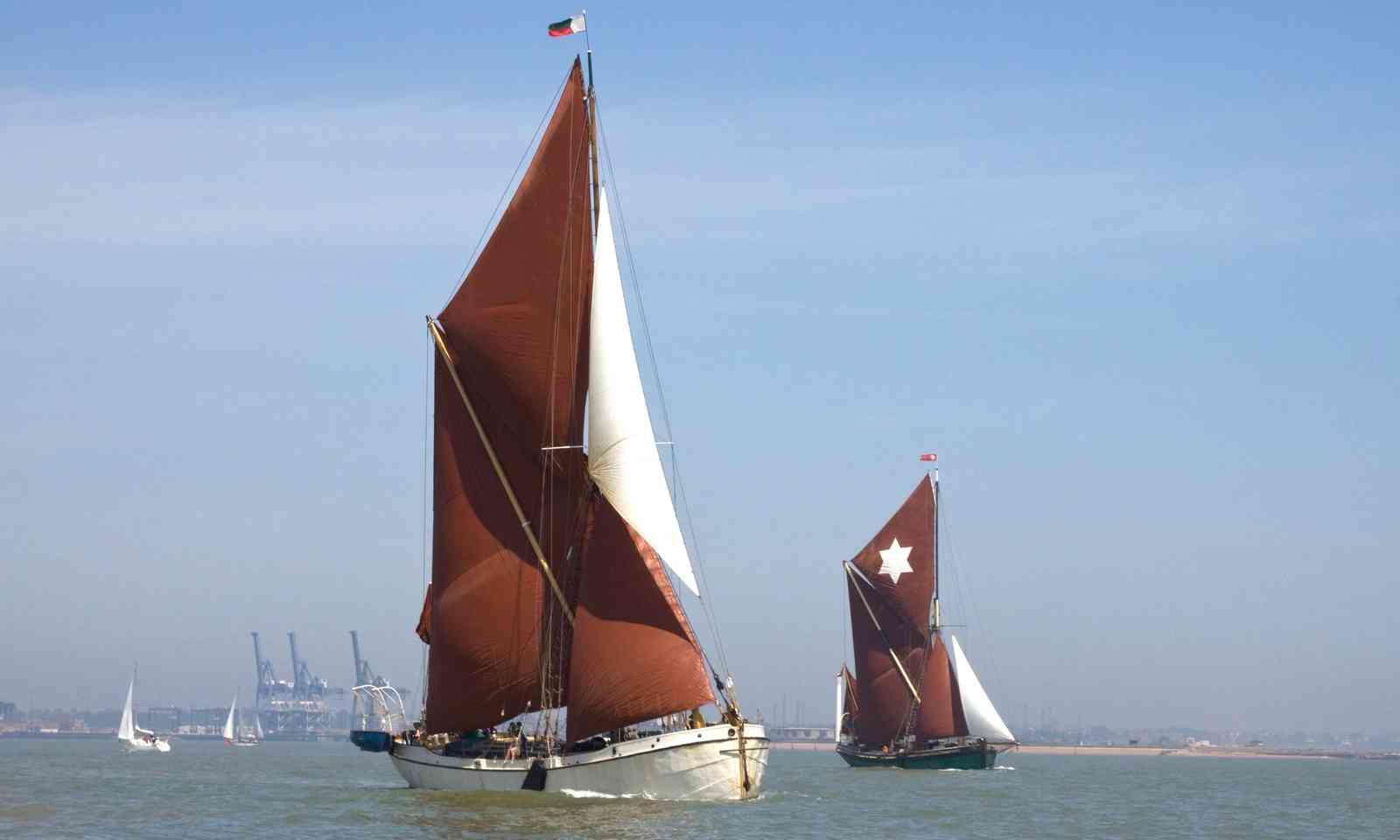 Here’s your chance to see Whitstable the way fisherman have seen it for centuries: from the sea. Make your way to the harbour’s southern quay, where you’ll find the landing stage for the historic Thames sailing barge, Greta. This tall-masted beauty once carried ammunition, beer, grain and malt, but now ferries visitors on day trips and private charters between the months of April and October.

Launched in 1892, she also took part in the evacuation from Dunkirk in 1940 and is now the oldest Dunkirk Little Ship still working today. Carrying a maximum of 12 passengers, the brown sails of the Greta can regularly be seen heading out to sea through the wind turbines of the Kentish Flats Wind Farm and on to the Red Sands Army Forts, once used as an anti-aircraft defence station during the last war.

You can also head towards Herne Bay Pier, Reculver Tower and back to Whitstable Harbour, or take a relaxing sail up the River Swale, under Kingsferry Bridge, to view the wreck of the USS Montgomery off the Isle of Sheppey, or observe the seals and seal pups sunning themselves or playing in the shallow water.

Once aboard, sit back and simply enjoy the view, or get actively involved by hoisting sails, winding the leeboards or even taking the helm. Skipper Steve Norris and his crew will ensure you have a safe, relaxed nautical experience but on a hot summer’s day don’t forget to bring a sun hat, flat shoes and a picnic.

4: Sunset from The Old Neptune 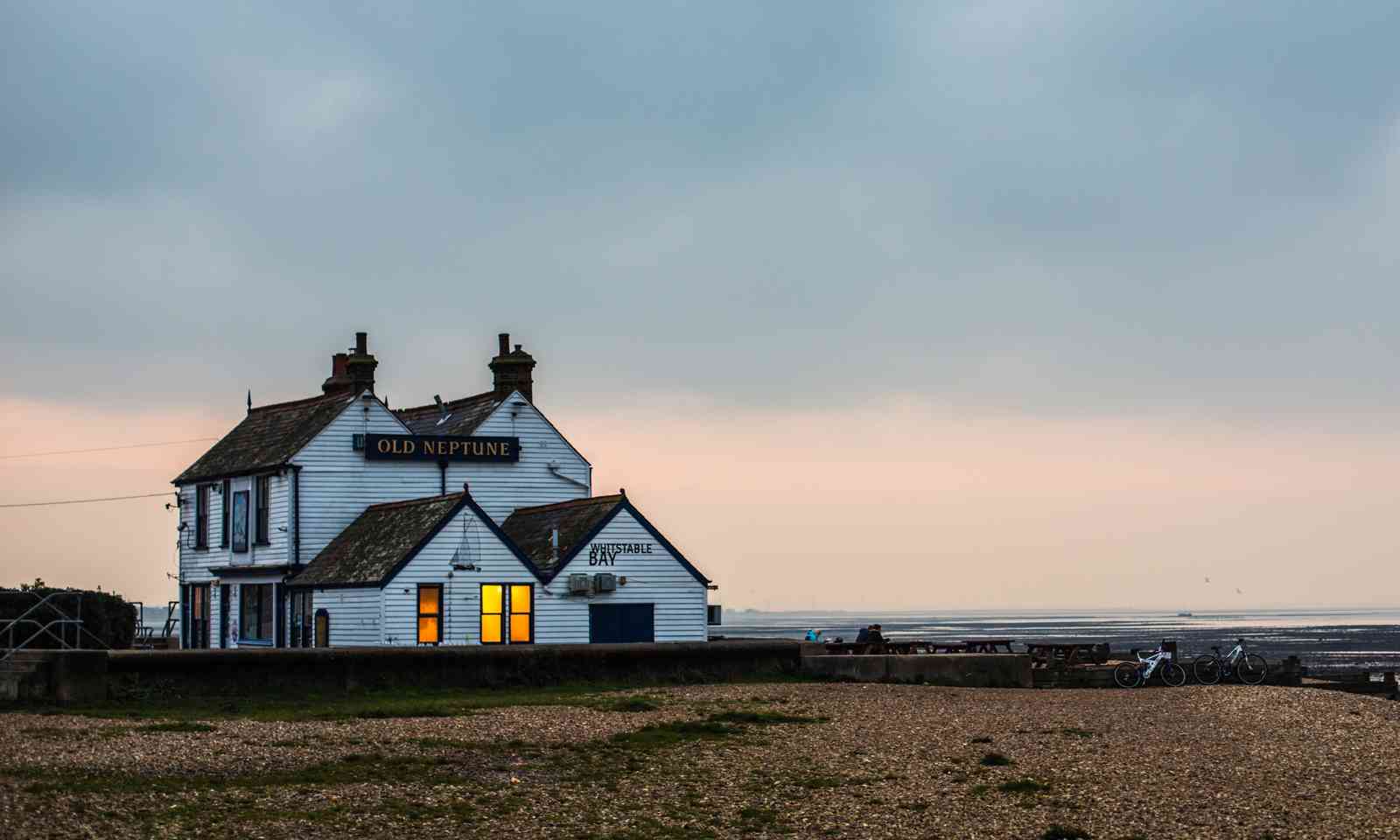 The Old Neptune at dusk (Dreamstime)

On a summer’s evening, there’s no better place for a sundowner than on the beach itself at the Old Neptune. Although this white clapboard pub has stood conspicuously on West Beach for centuries, visitors may not know that it also offers the best vantage point from which to view the sun slipping into the sea behind the Isle of Sheppey on a fine summer’s evening.

With a spirit of fortitude that characterises Whitstable, the Old Neptune continues to stand in defiance of the elements and has been the subject of many paintings, its foundations having shifted over the years to support a sloping floor on which customers can appear either giants or Lilliputians depending on which end of the bar they happen to stand.

An integral part of Whitstable’s landscape, the “Neppy” as it’s known locally, is also the best place from which to view the firework display that takes place at sea at the end of the town’s annual Oyster Festival in July.

5: The mysterious Street of Stones 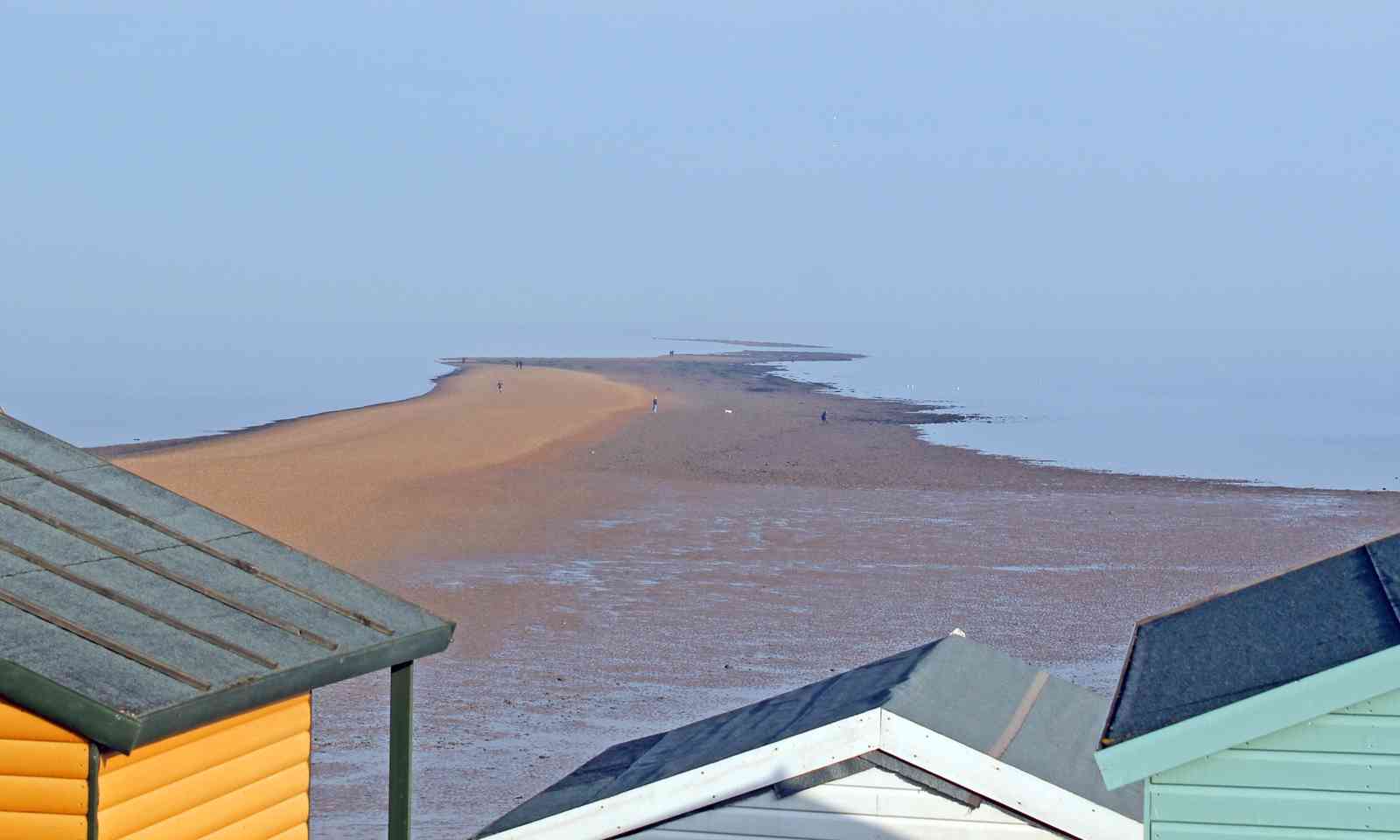 The Street of Stones in Whitstable (Dreamstime)

Heading back along the beach in the direction of Tankerton (the small town that borders Whitstable to the east), it’s possible to encounter the Street of Stones, a mysterious spit of shingle that becomes visible at low tide.

No-one knows quite how the mile long 'Street' came into existence but you can go fossiling and clay pipe foraging here, as well as fishing for sea bass. Stroll out upon it with the lowering tide and you get the strange impression you are walking on water.

Turning straight back towards land, you can now admire the frontage of one of Whitstable’s most distinctive sea-facing properties, Beacon House. Looking out over the 'Street' for over a hundred years, the property acquired its name from a signal that had once stood in the garden as a low water warning to sailors.

Finally, climbing the grassy slopes from Beacon House, past row after row of colourful beach huts, continue east for about a thousand paces, leaving behind the busy centre of town to find JoJo's restaurant, perched on top of the slopes. With a brand new cocktail bar, this beautiful family-run restaurant cooks with conscience and its relaxed atmosphere, tapas, mezze and fabulously fresh fish will have you thinking you might be in the Med, until you gaze out at the panoramic view of the surrounding coastline, dotted with a few fishing boats and the bleached sails of wind turbines turning slowly on the horizon.

Julie Wassmer is a TV writer who worked on BBC’s Eastenders for almost twenty years. She now writes crime fiction set in Whitstable. Murder on the Pilgrims Way, the fourth novel in the Whitstable Pearl Mystery series, is available now on Amazon.