Follow in the steps of Jason and the Argonauts and Hercules, by visiting these mythological sites that actually exist

The Labours of Hercules, Jason and the Argonauts, the Trojan War – we’re all familiar with the great stories of Greek mythology. And because many of the myths are so firmly rooted in the Greek landscape, we can still visit the places where their stories unfolded over 3,000 years ago.

David Stuttard, author of a new traveller’s guide to Greek mythology, picks his five favourites – both on and off the beaten trail.

In the shadow of Mount Olympus, home of the Greek gods, the archaeological park of Dion is alive with birds and dragonflies, an exuberance of life reflected in Dion’s myths. Here Deucalion (Greece’s answer to Noah) set up an altar to Zeus in thanksgiving for being saved from the Flood. 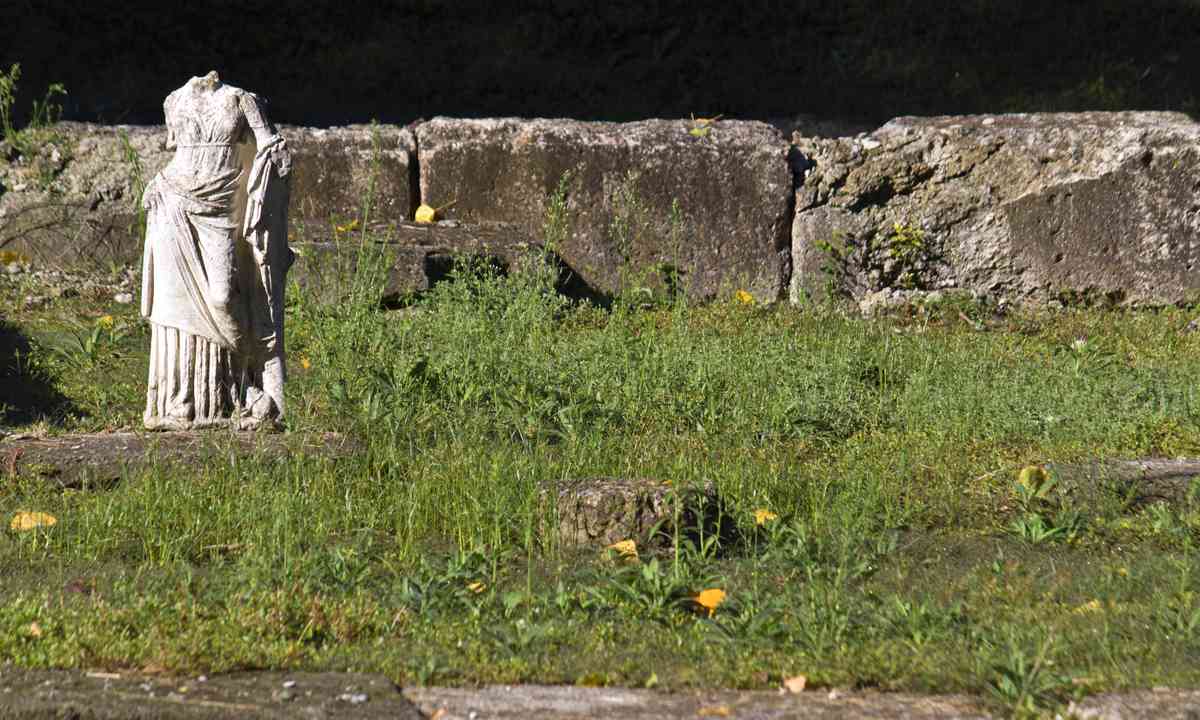 It was here, too, that Orpheus played his lyre, sang, inspired not only animals but stones and trees to follow him – and was ripped apart by ecstatic female devotees, who threw his still-singing head into the sacred lake. In historical times, Alexander the Great sacrificed here before marching east to Persia, while Romans built luxurious villas.

Remains of a water-organ or hydraulis, the oldest keyboard instrument in the world, were found in one of them. They are now in Dion’s excellent museum.

Before Sparta became a byword for laconic toughness, it was home to the irresistible Helen, whose abduction sparked the Trojan War. Today, with the foundations of Bronze Age houses nearby, an ancient shrine to Helen and her jealous husband Menelaus perches on the olive-clad hill, Profitis Ilias. 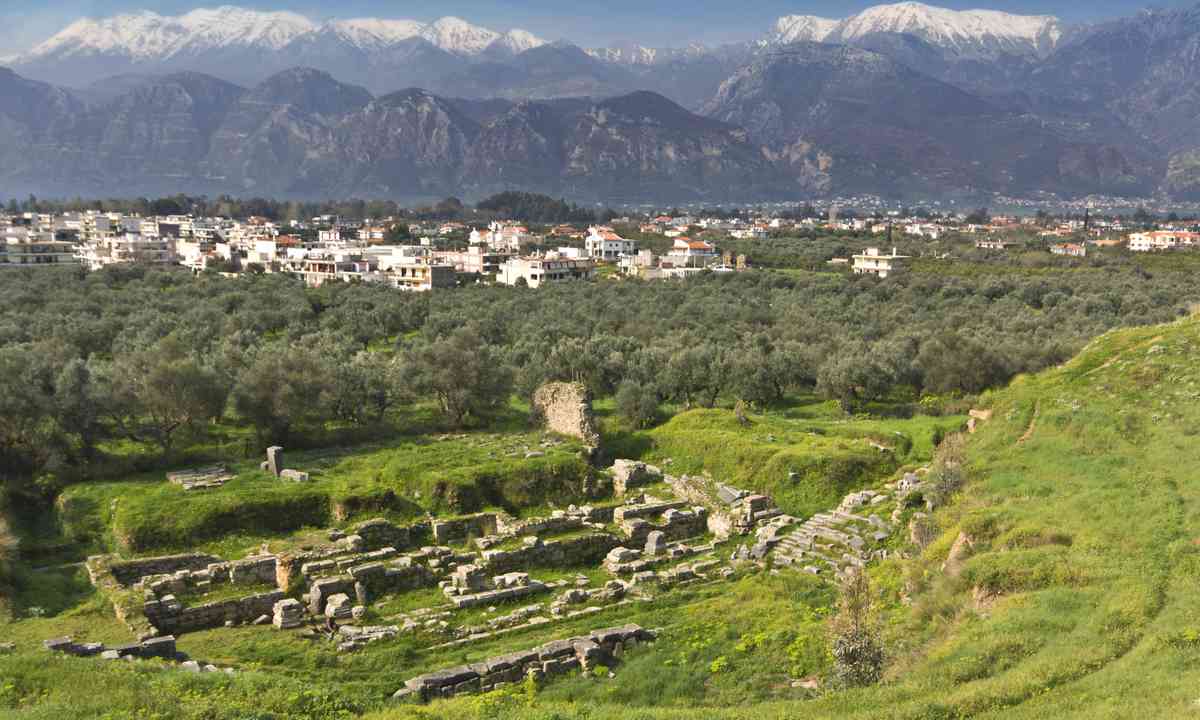 The views across the plain of the Eurotas towards the jagged peaks of Mount Taygetus are breathtaking. No wonder, then, that this was one of the most sacred places in Sparta. Helen’s brothers, the Heavenly Twins, were worshipped here too – one, Polydeuces, was born immortal but when his mortal brother Castor was killed he prayed to die too. This was forbidden, but instead each was permitted to live on alternate days.

Sculptures of the Twins as horsemen can be seen in Sparta’s museum, along with a bust said to be of Leonidas, the hero of Thermopylae.

Brooding on a low hill between two mountains guarding the plain of Argos, Mycenae is rich in myth. Here was the palace of Agamemnon, leader of the Greeks against Troy. But it was for domestic tragedy that Mycenae was infamous. When a feud exploded between two brothers, one cursed the other. The result was bloodshed on an epic scale as father killed daughter, wife murdered husband, and children reaped vengeance by slaughtering their mother. 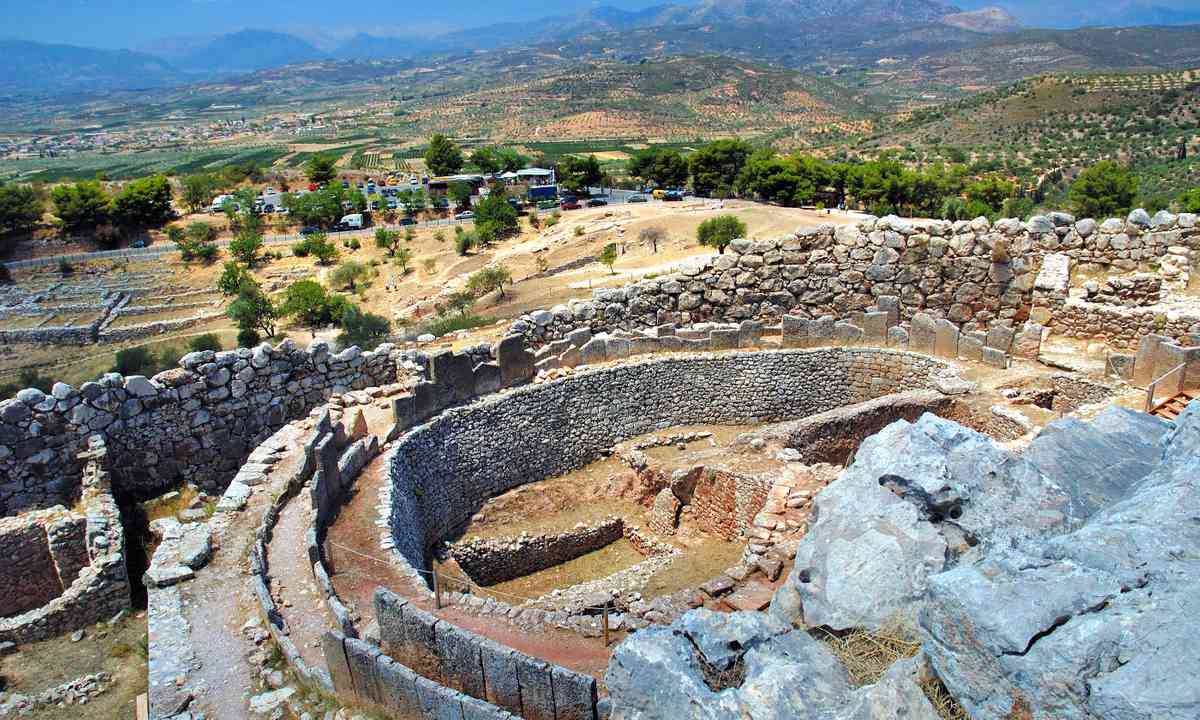 View from the Acropolis, Mycenae (Shutterstock.com)

Since Heinrich Schliemann first dug here in the 1870s, archaeologists have proved that Mycenae well deserved Homer’s epithet ‘rich in gold’. Today’s visitors can explore the Lion Gate (boasting arguably the West’s oldest heraldic device), the palace and awe-inspiring ‘beehive’ tombs. In the village at Hotel La Belle Hélène (owned by Agamemnon Dasis) they can even sleep in Schliemann’s bed.

In Homer’s Odyssey, Odysseus’ son lands at ‘sandy Pylos’ where the king and his people are sacrificing by the sea. The setting may well be Voidhokilia (Ox-Belly Bay), a perfect horseshoe with turquoise water, soft white sand, and lilies flowering in the sand-dunes, perhaps the most idyllic beach in Greece. 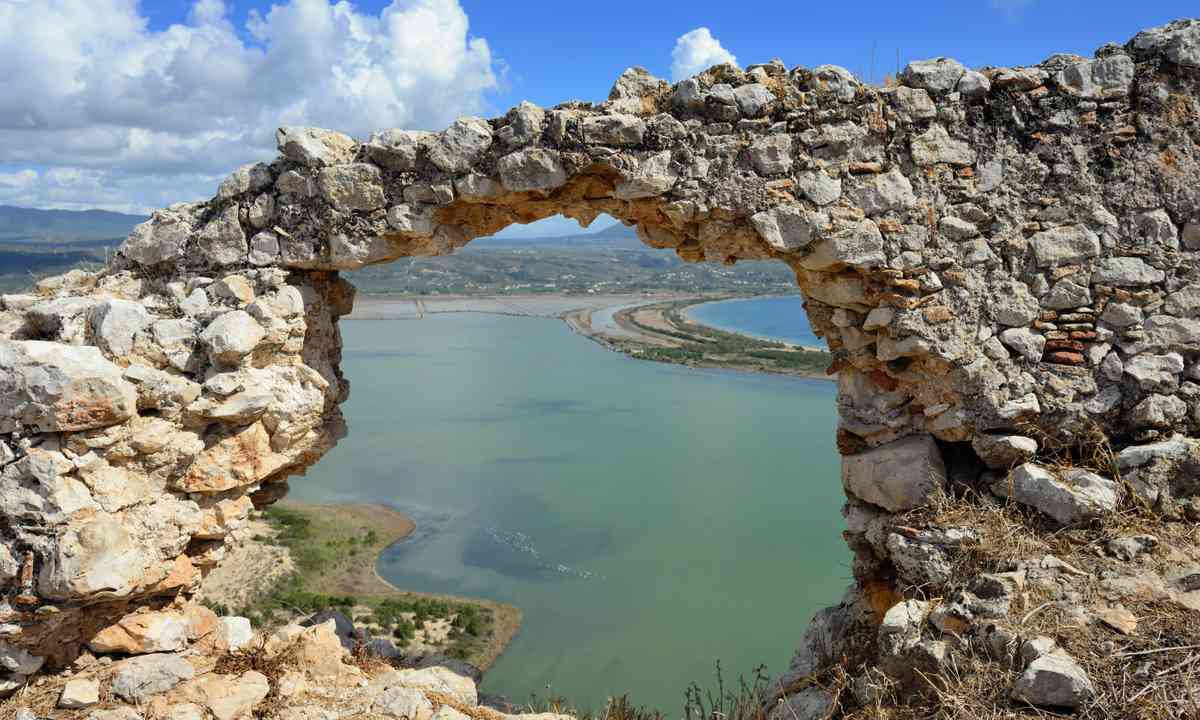 Gods came here, too. In a cave on the headland the infant Hermes hid Apollo’s cattle after he had stolen them from far away in northern Greece. At Pylos the two gods were reconciled only after Hermes agreed to give Apollo his newly-invented lyre and teach him how to play it. A Bronze Age palace, where perfume was once made, lies nearby at the village of Chora.

On a low hill in western Greece, where early sunlight pours obliquely through the lush green mountains of Thesprotia, lies the enigmatic site of Ephyra. According to some, it was here that Odysseus came to consult the spirits of the dead, and classical writers identified Ephyra and its rivers, Acheron and Cocytus, with the Underworld. 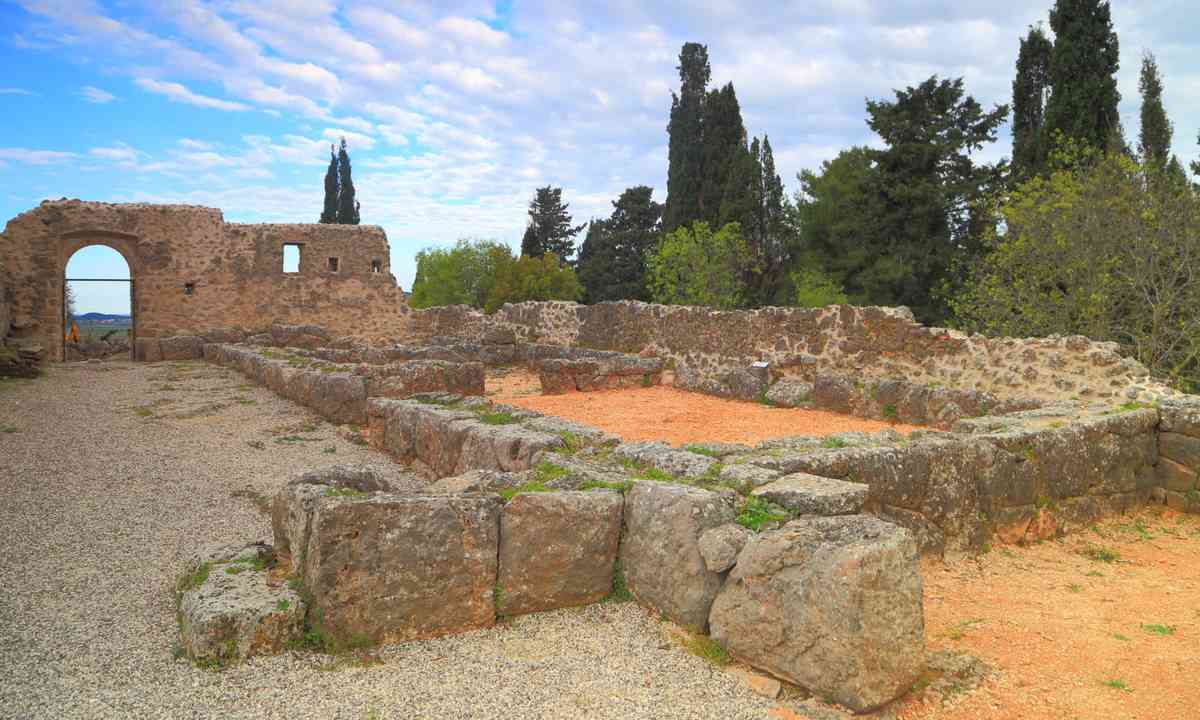 Ruined walls of the oracle of the dead at Ephyra, Greece (Shutterstock.com)

Today signposts point to Ephyra’s Nekromanteion (‘Oracle of the Dead’). Some say a spine-tinglingly gloomy cellar (beneath a precariously-propped-up church) is the chamber in which priests held séances or initiates into a local ‘mystery religion’ were incarcerated before being re-admitted to the light. Others maintain that it belonged simply to a fortified farmhouse. Visitors can take a pleasant boat ride from nearby Ammoudia up the turtle-haunted Acheron and decide for themselves.

David Stuttard is the author of Greek Mythology: A Traveller’s Guide from Mount Olympus to Troy. Order your copy on Amazon now.