Built in 1902, the Grand Hotel was an epicentre for local gold diggers. The gold is long gone and so have most of the town folk. But for intrepid travellers, the Grand is still a great place to hang out on the wide, shady verandahs and sink a cold one. 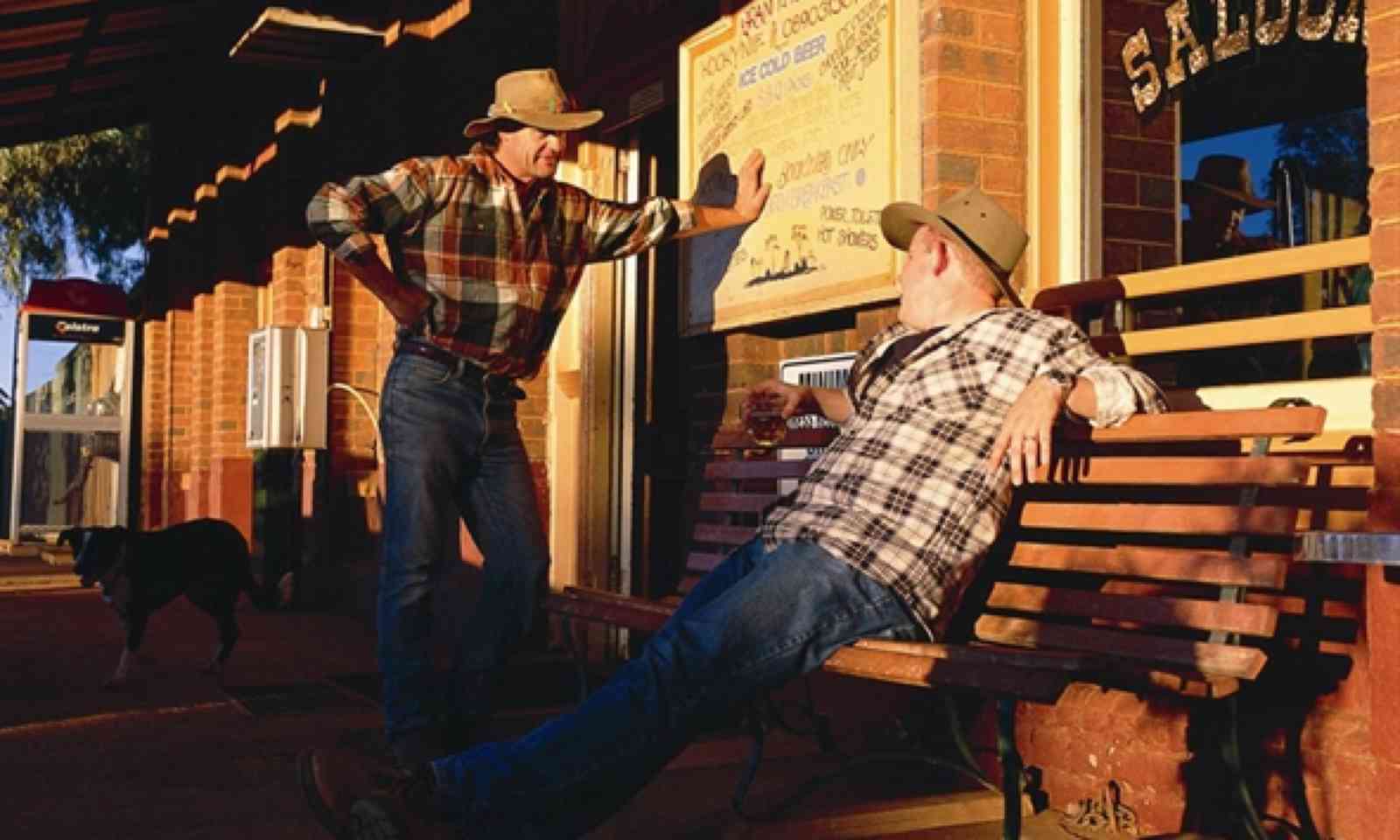 The hotel's front bar is lined with photos of the good old days as well as rough and ready example of Aussie humour. There’s an Aboriginal spear with a rifle's telescopic sight hanging over the bar and a blackboard bearing the motto "Beer makes you see double and act single."

If Fate is smiling upon you, you could end up as the owner of this fine outback establishment. The publican has promised that if his Lotto numbers come up, whoever's in the front bar at the time "gets the pub".

Situated on the banks of the Moonie River, Nindigully is the oldest continuously licensed pub in Queensland. Before it became a pub in 1864 it was shearers’ accommodation for the local Nindigully station.  Now visitors can camp for free beside the pub, and swim, fish and trap yabbies at their pleasure in the river nearby. The pub is famous across Australia for it’s collection of Akubra hats. One-hundred-and-forty or so of them hang on the walls, donated mostly by local farmers and stockmen.

The Nindigully Pub is on the Carnarvon Highway via Thallon, 160 kilometres west of Goondiwindi, 45 kilometres east of St George and 70 kilometres of the Queensland-New South Wales border. Call on (07) 4625 9637.

Named after the old Henry Lawson yarn about a prospector’s retriever and a stick of dynamite, the Loaded Dog has been serving thirsty travellers on the road to Canberra since before it was just a sheep farm. Now it has become something of a country music mecca, where some of the biggest names in the Australian scene have got their break. 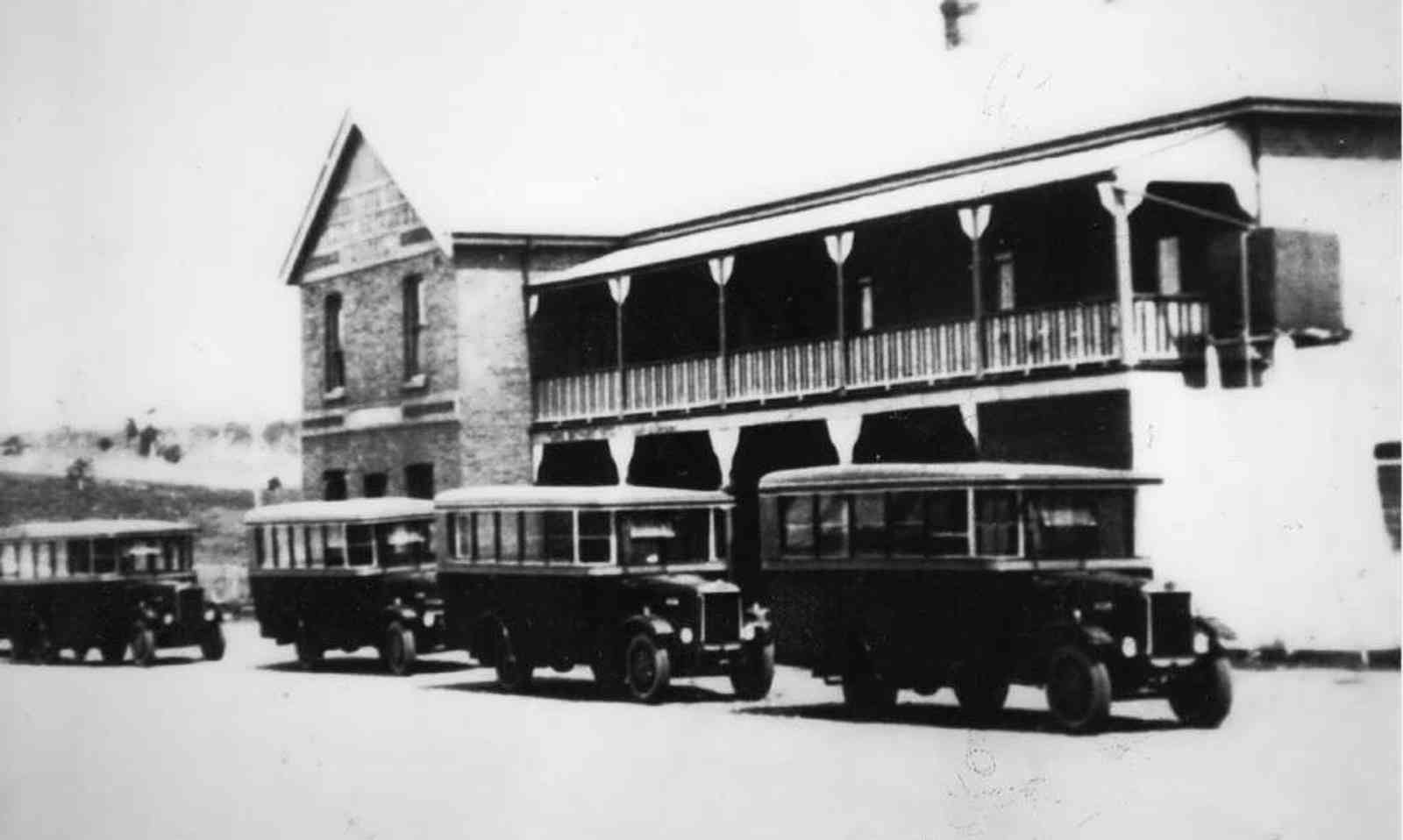 The Loaded Dog Hotel circa 1927 (Loadeddoghotel.com)

Built in 1848 in the then bustling town of Tarago, the pub is 69 kilometres northeast of Canberra on a road that is seldom used now. The scenic route is popular with motorcyclists who make the detour to the Loaded Dog to enjoy its open fireplaces and famous bistro fare.

Halfway along the Oodnadatta track and the social centre of Outback Australia’s smallest town, the Williams Creek Hotel has been quenching the thirst of parched travellers since Noah was a boy. It’s also where you can arrange a scenic flight over Lake Eyre, just up the track a bit. 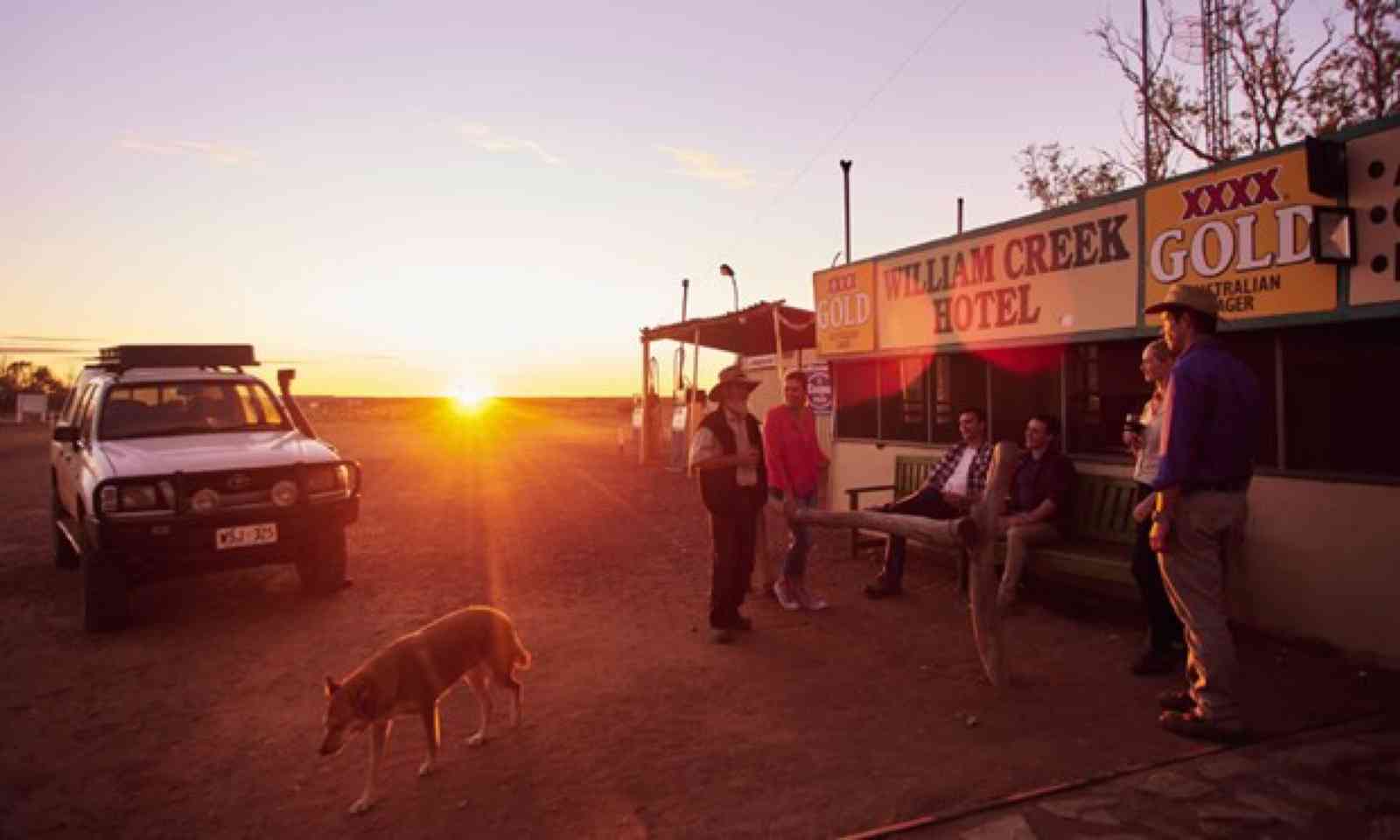 Like most Aussie pubs, the front bar is stuffed with ‘memorabilia’, from failed marriage proposals to bank notes from all around the world.  The food is simple but filling – the burger is taller than a beer can –  and there’s a fuel pump out front to fill up from before you head further down the track.

Ask the landlord what brought him to this dusty speck in the middle of the outback and in true Aussie fashion he’ll point to the beat-up Toyota parked outside.

Built in 1930, the Daly Waters Pub has witnessed murders, shoot outs in the main street, cattle stampeding through town and the odd drunken brawls. Now it is famous for its collection of bras, left by visiting patrons, a tradition started by a drunken bet in the 1980s. Not to be out done, blokes have been leaving things behind too. One Irishmen donated his hurling stick. 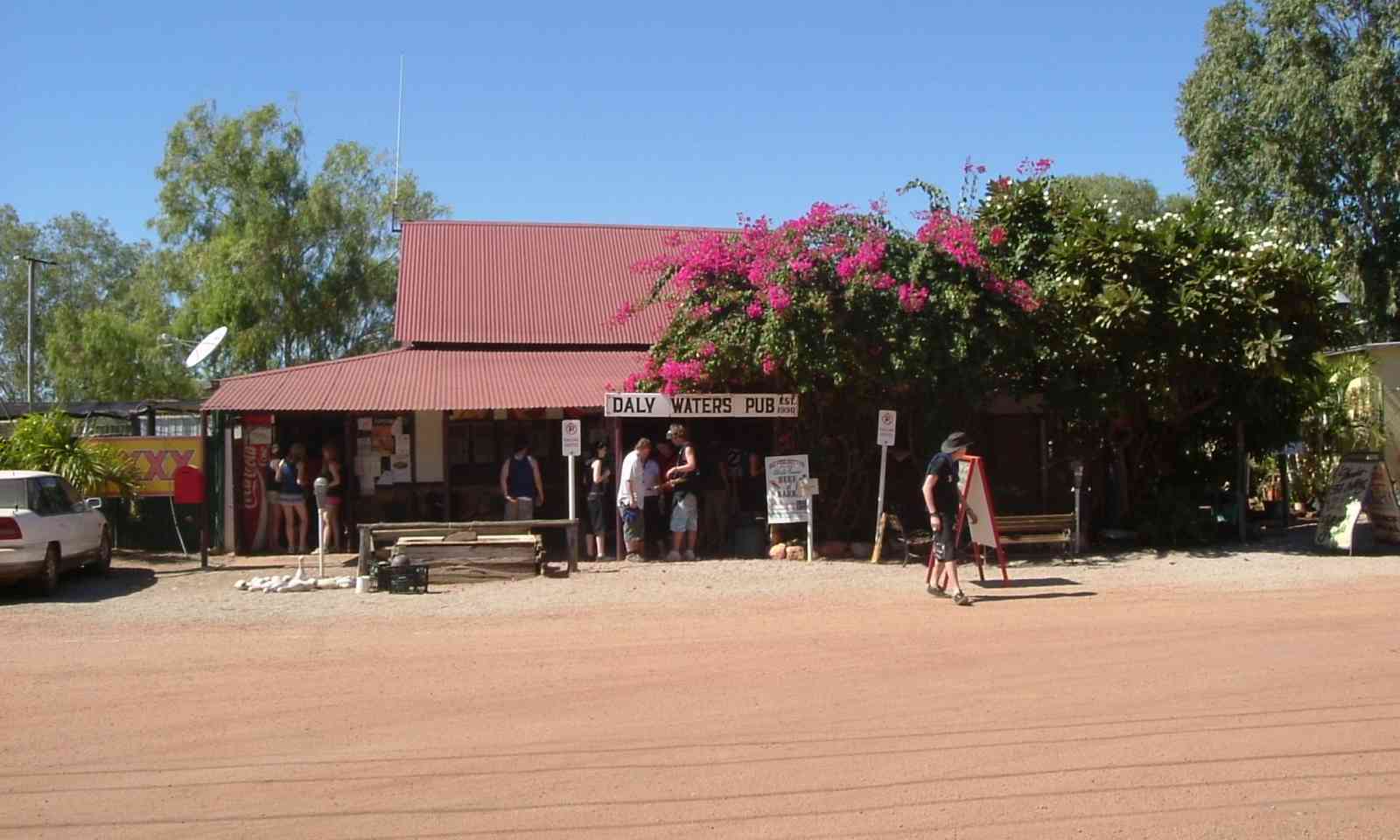 Sitting on the Explorers Way, 600 kilometres south of Darwin and 900 kilometres north of Alice Springs, the pub claims that it focuses on the important things in life – like serving beer at -1 degree and filling wines glasses past the line. This probably accounts for the Daly Waters Pub being a ‘Don’t Miss’ pitstop on any Aussie outback adventure.