Perpetually hungry teenager Joby Baker reveals the meals that tickled his tastebuds in Spain. And why your kids will love the food there too

I wasn’t sold on the idea of cold soup, even though it was baking hot in Seville. But it was on the Specials menu, so I thought ‘What the heck?’. It turned out to be my favourite dish of the whole holiday and one I’ll be definitely trying to replicate when I get back home. 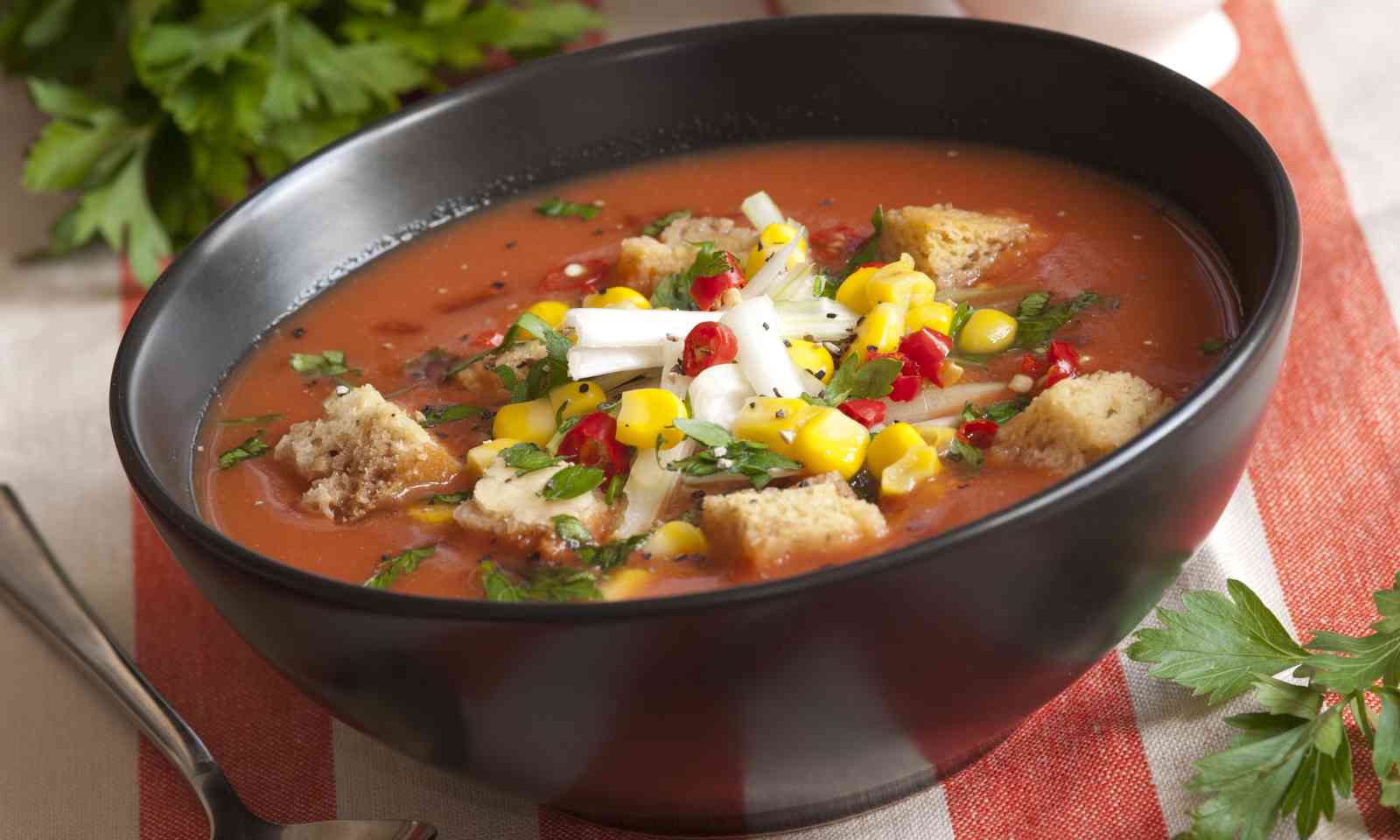 The one I sampled was Gazpacho Andaluz. It’s a vegetable soup from southern Spain, typically served cold and with finely diced vegetables like onions and peppers of all colours, then sprinkled with croutons. It's a blended soup, a bit like a milkshake, but with vegetables. The perfect way to get your five-a-day.

Try it at home

Reputedly the best ham in the world, the story behind how this ham is made is almost (but not quite) as good as the ham itself.

Jamon Iberico is only made from black-footed pigs that have roamed free in the mountains and oak forests, foraging on acorns. After all that rigmarole, I thought  Jamon Iberico would be rare, but there were several pig legs hanging up in almost every shop, café or market stall. I even saw one in a locked glass cabinet. 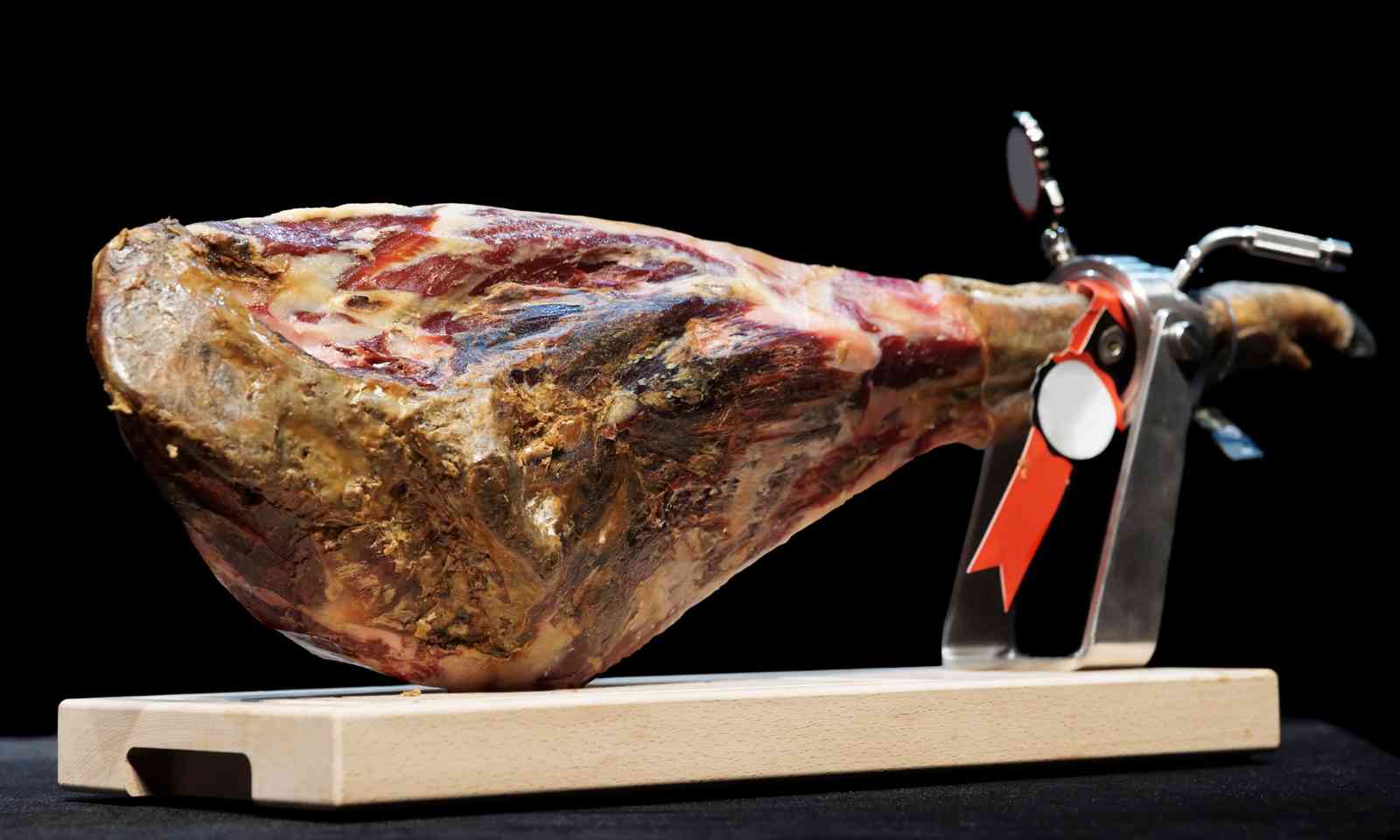 We tried some thin slices from a leg that was worth €2,500. (Our dish cost just less than €20.) As soon as I tried some, however, I realized what all the fuss was about. It was quite salty and incredibly strong, like the taste of ham had been concentrated in your mouth. It was expensive, but well worth it as a treat.

Another first for me: I’d never been able to get over how unappetizing oysters looked before. In Seville, however, they were usually served on a platter of ice or salt crystals with lemon or lime to add flavour. Best of all, they were delivered unopened, with an oyster shuck and instructions from the waiter on how to  open them.

There’s a trick to eating them once you open them as well. Before eating, you run the knife along the bottom, because the oyster is attached to the shell by a 'foot'. Cut it and squirt the lemon or lime into the bottom oyster shell, then pour the oyster into your mouth, like you're just drinking something. Chew it a couple of times, and then swallow. 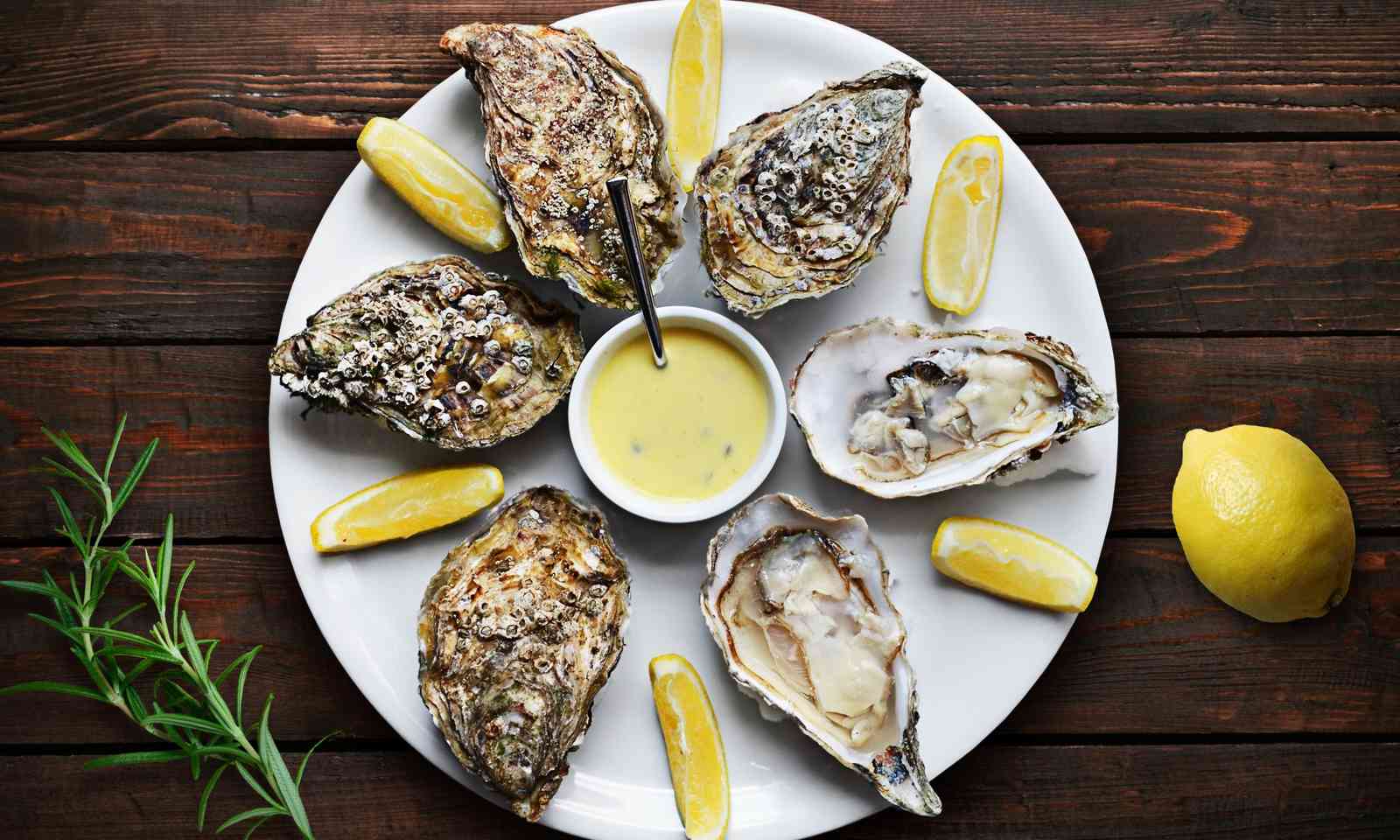 I found the flavours amazing. The lemon and meat starts first, then, after you swallow, you get a punch of sea. That sea taste is seawater, but it has been filtered for so long inside the oyster that, despite the salt, is good for you.

Oysters and Guiness – the Guiness is for dad

Paella is an absolute classic that looks as good as it tastes. In Seville, they cook it very slowly in a large frying pan on a special burner and you order different amounts for the amount of people in your party. 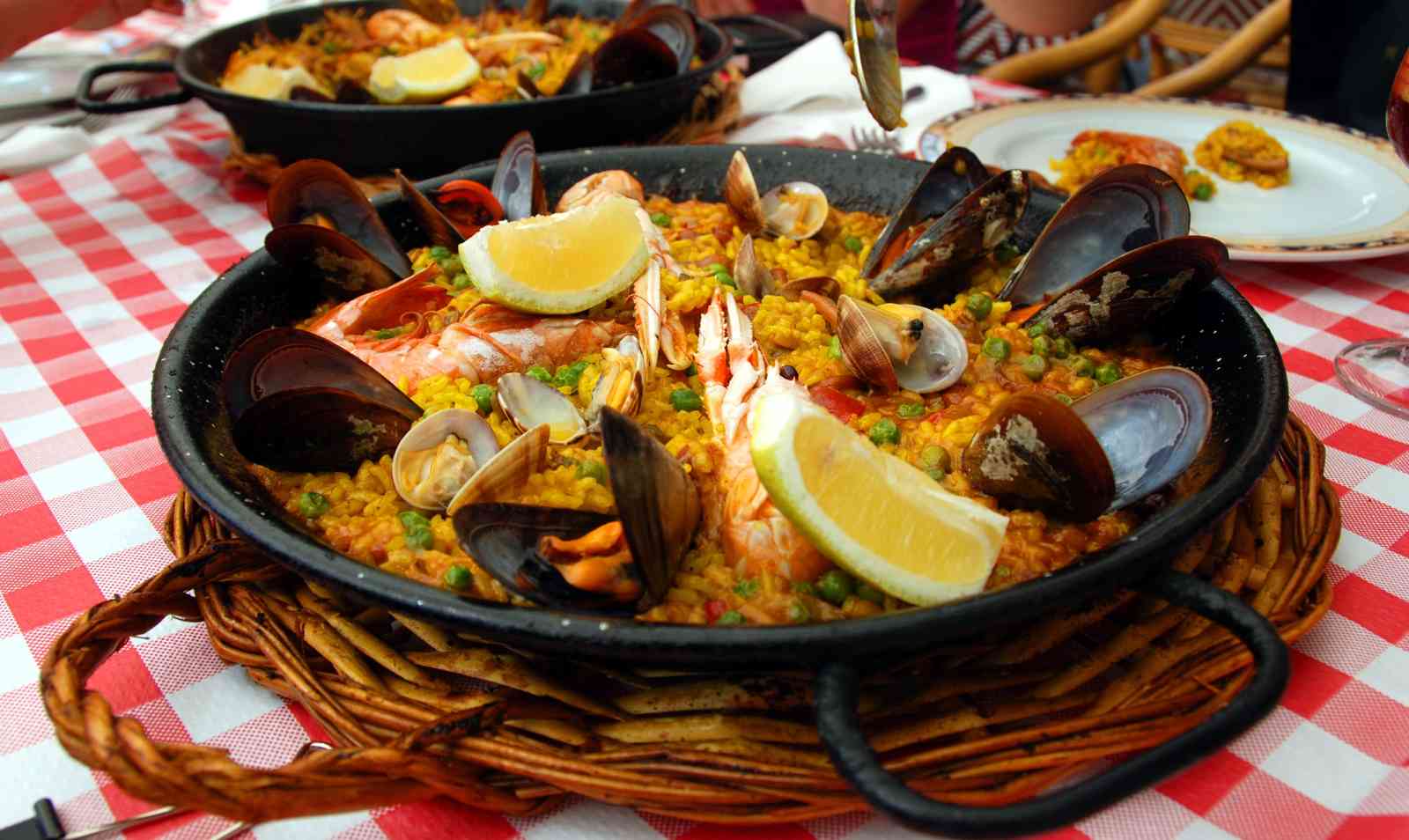 Spanish paella in the pan (Dreamstime)

The thing I loved most was the way the waiter showed you how lovely and fresh all the ingredients were before they started preparing it.  Our paella was already portioned out in bowls, with the same amount of clams, mussels and prawns in each one.

It was really good. Everything worked well together and you could tell people had carefully perfected each flavour. I could have eaten this for every meal, but I’m glad I didn’t. I would never have tried the Gazpacho otherwise.

Technically, it doesn’t count as a meal, but orange juice was one of the great highlights of my time in Seville. Seville is famous for its oranges – orange trees lined Reyes de Catholicos – and rightly so. In comparison, the ones you get in supermarkets in the UK are watery and tasteless. 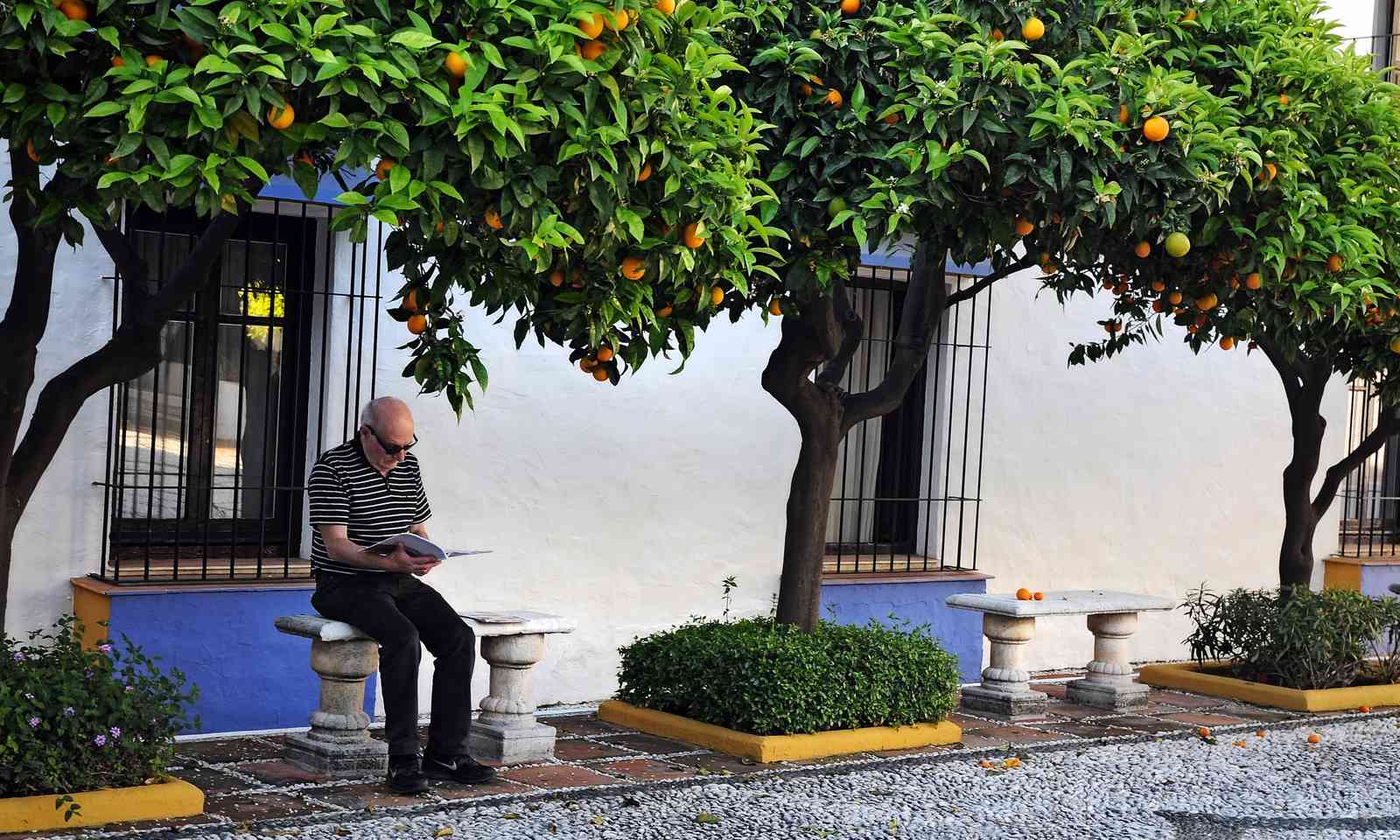 In Seville, I had freshly squeezed orange juice with every meal. I was surprised by how refreshing it was, and it felt nutritious too - great to get my share of Vitamin C.