5 dark places and why you should visit them

Author Thomas H. Cook argues that places with dark histories or tragic stories are often the most illuminating to visit. Here, he reveals the five that had the most impact on him

When I was a boy, growing up in the Appalachian foothills of Alabama, my father taught me a love of tragic places. We would go to sites where wind and rain had blown houses to smithereens or buried them under unforgiving layers of mud and water.

As an adult, I continued this tradition with my wife and daughter.  We became 'dark tourists', travelling the globe in search of those experiences that only tragic places can provide.

Over time, we discovered that light comes from this darkness, that our conversations were deeper and our memories richer because we had sought out and visited some of the darkest places on earth.

Below are five of the most memorable of them, places that may not seem 'family friendly', but that benefited our family very much indeed and which we still remember in great detail and with much gratitude for what we learned there. 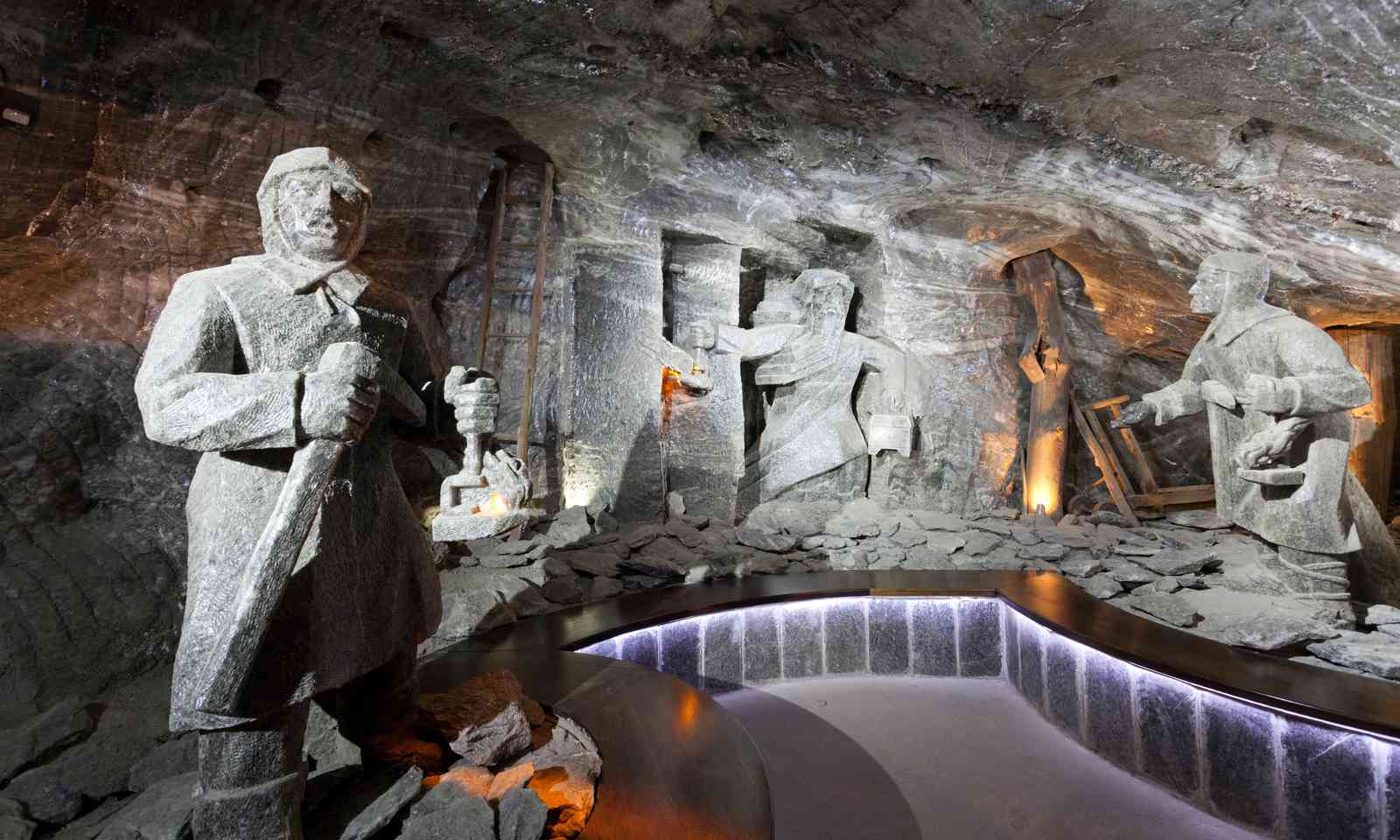 At Wieliczka, the ancient salt mine outside Krakow, the darkness is physical. We descended on a rickety elevator that rattled loudly as it lowered us into what seemed an endlessly deepening pit.

Salt is black before it is refined, so we were not only without any natural light, the walls themselves were made of darkness. It was like entering the underworld, except that it was populated not by the spirits of the dead, but by a vast array of sculptures, all of it carved from salt by generations of miner/artists.

There were figures from Polish myth and history, religious icons and black-salt representations of Biblical scenes. At one point, all artificial light was turned off and we were encased in a palpable blackness.

“This is the darkest place on earth,” the guide, who was himself a miner, told us. I think it surely was. 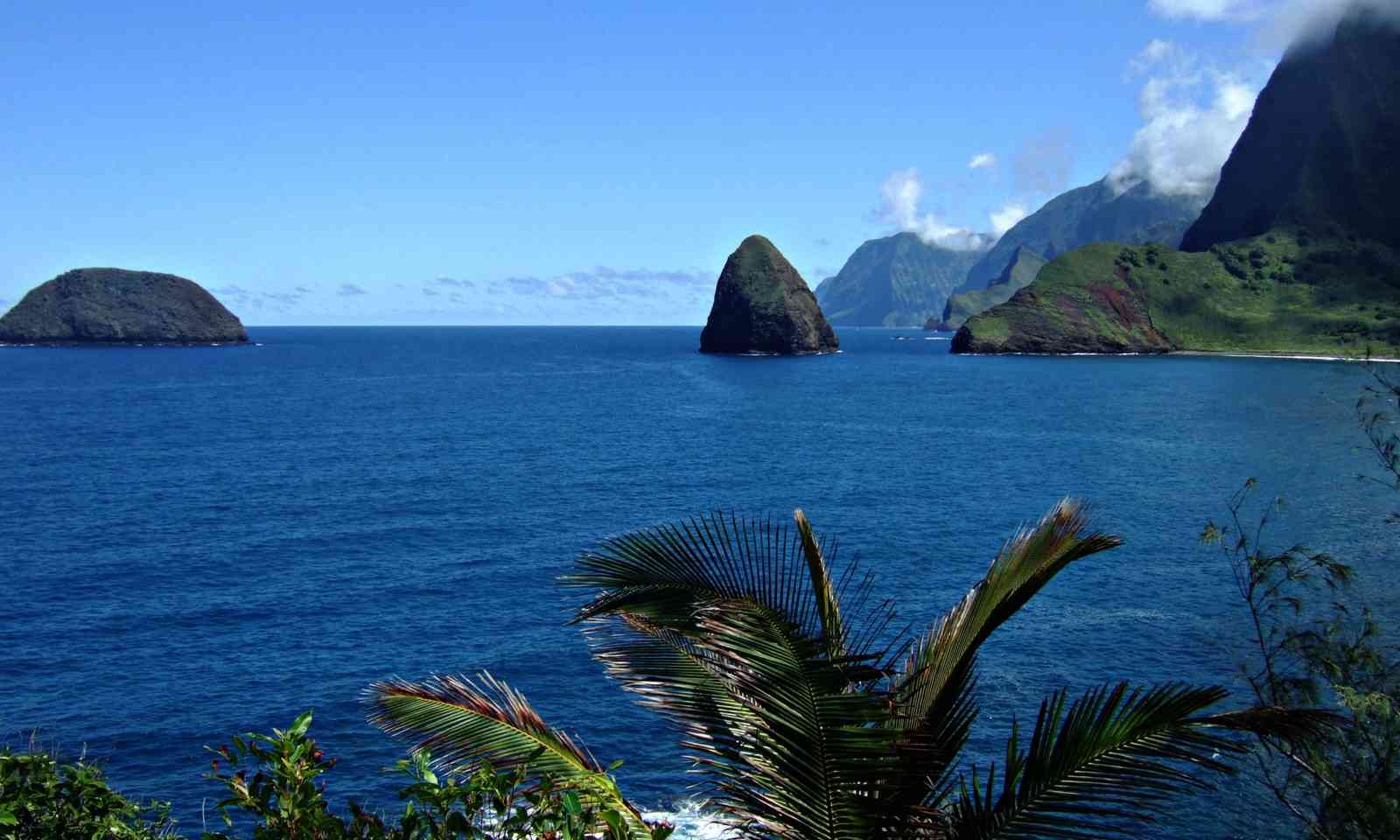 The harbour at Kalaupapa (Dreamstime)

Kalaupapa could not be more different from Wieliczka. It rests in dazzling sunlight and is surrounded by a deep blue sea. The darkness of Kalaupapa resides in the fact that it is a leper colony, one of the last on earth.

It occupies an area of volcanic rock on the island of Molokai, the least developed of Hawaii’s islands, and probably the least visited by tourists. You reach the colony by mule, a heart-stopping two-hour ride down the highest sea cliffs on earth. There are 26 switchbacks on this trail, all of which seem impossibly narrow. At the bottom, the colony spreads out in a scattering of small houses and Quonset huts.

This spot was chosen because it is one of the most isolated places on earth, a prison created by nature, perfect for incarcerating the hundreds of people afflicted with what became known as “the disease that is also a crime.” To come here is to experience the raw unfairness of both biological and social life.  Health and freedom will nowhere seem more precious. 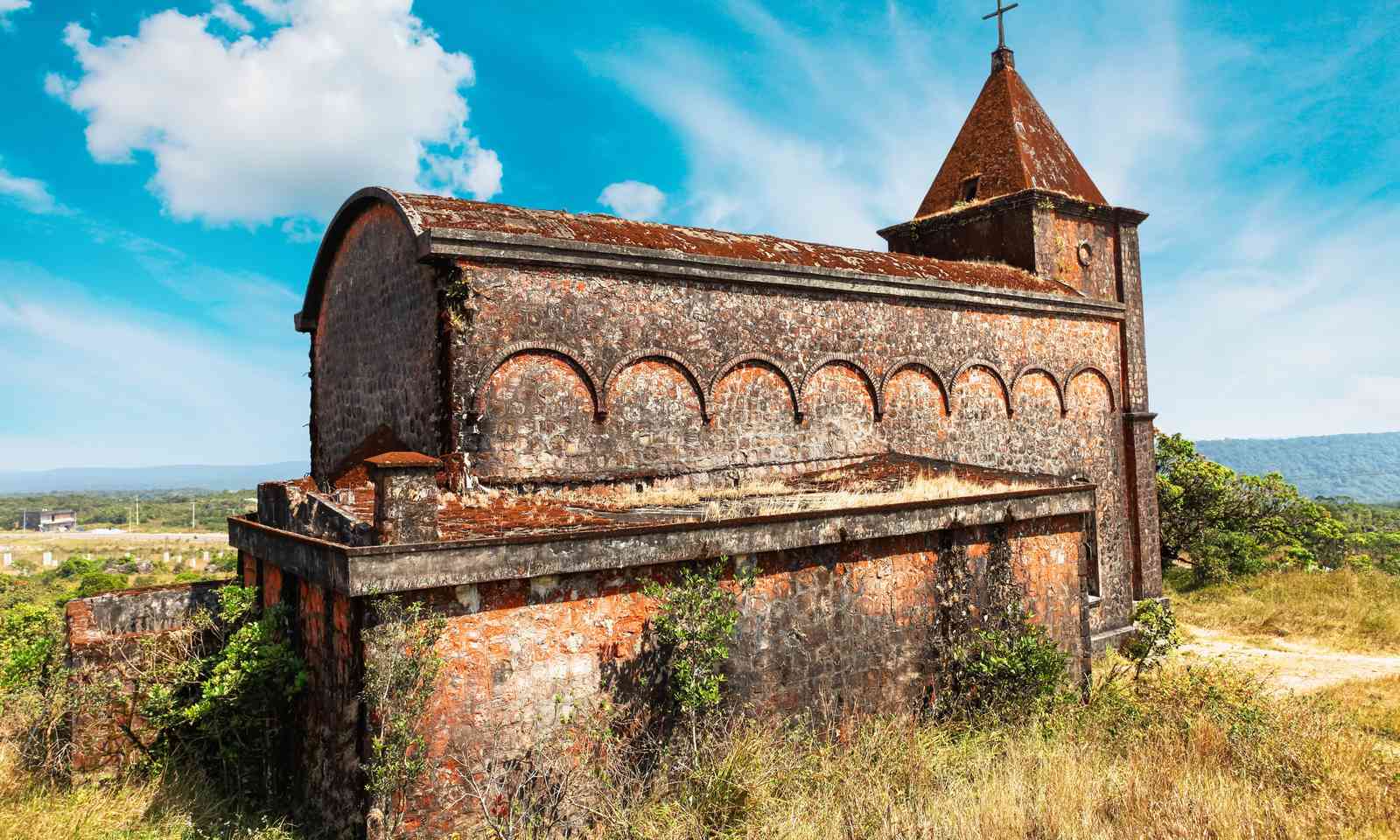 Kep-sur-Mer’s darkness is also bathed in light. It lies on the Bay of Thailand, about 160 kilometres south of Phnom Penh. Kampot, which was once the seat of local French colonial government, is just a few kilometres away. The hills overlooking Kep-sur-Mer are dotted with the ruins of the spacious villas built by French officials who fully expected to rule this part of Indo-China forever.

Now these abandoned mansions seem little more than the crumbling tombs of a lost empire. With their roofs collapsing, their windows shattered, their peeling walls wreathed in jungle foliage, they stand in ghostly silence, dark and shadowy, even in the fullness of a bright Cambodian sun. Going there is like walking through a physical representation of Shelley’s 'Ozymandias': “Round the decay / Of that colossal Wreck, boundless and bare.” 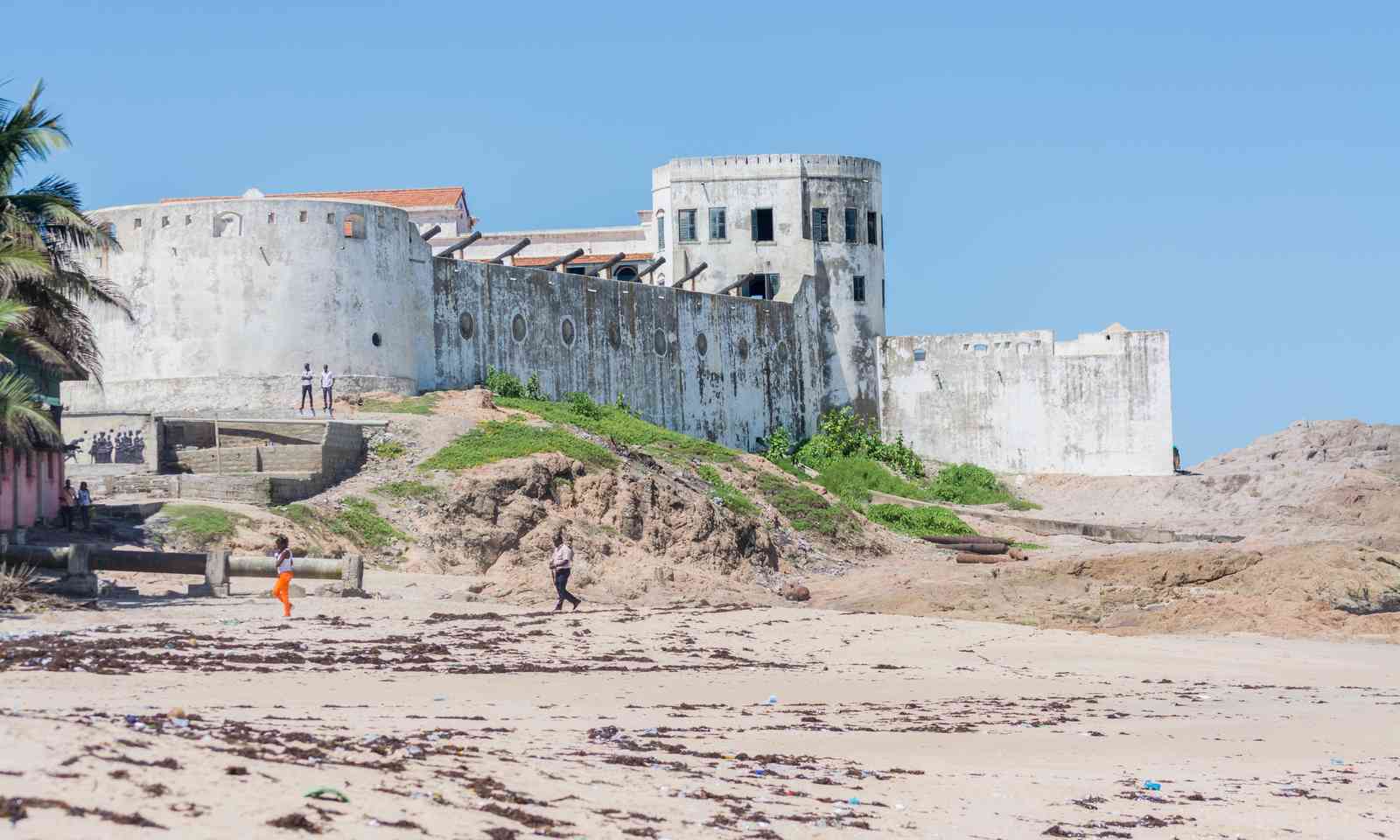 Elmina Castle’s chief irony is that it is radiantly white. It was constructed by the Portuguese and became one of the busiest hubs of the Atlantic Slave Trade. Hundreds of thousands of Africans passed through its gates and into its dungeons. One by one through a very narrow door, this stream of 'black gold' was later funnelled into the boats that would take them to the New World.

All of Elmina is open to the public, so visitors can enter the unlit chambers where hundreds of people were crammed into windowless, unventilated rooms. Food was thrown down to them through a tiny opening near the ceiling. Shallow drainage gullies served as their only toilets.

In those airless spaces, the moral darkness seems as thick as the physical one. After visiting here, no one in our family ever spoke of slavery again without making reference to it. Elmina had made slavery real. 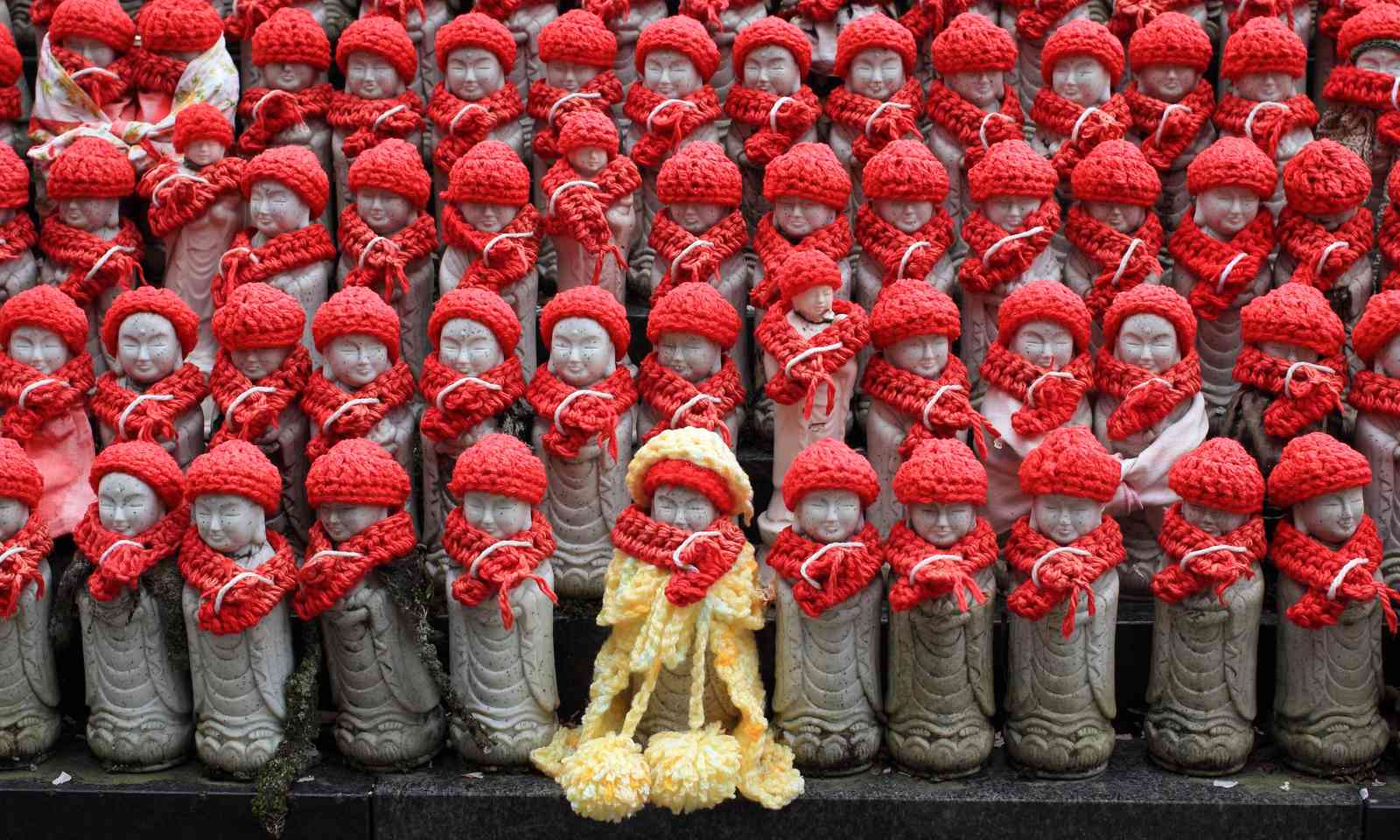 The Hasedera Shrine is located in the Japanese seaside town of Kamakura, just south of Tokyo. We had previously travelled to Hiroshima and Nagasaki, two cities of very dark renown. Yet, upon leaving Japan, the shrine in Kamakura seemed equally dark.

The gardens and temples of Hasedera are extraordinarily beautiful. No one might guess that it is the central location of one of the saddest con games on earth. In theory, it is consecrated to the memory of children who were never born because they were either aborted or died in the womb.

Here, grieving mothers are told that if they do not buy, then rent space for, a statue representing their unborn child, that child cannot reach the afterlife. Incense is also sold here, along with clothes for the statue. The coin of this dark realm is guilt, particularly a mother’s guilt for whatever she did, or imagines that she did, to cause the death of her unborn child.

It is a religious shill, and the beauty of its façade is only a disguise for the cruelty it hides. No place on Earth can provide a better example of religious chicanery.

Tragic Shores by Thomas H. Cook is published by Quercus and can be ordered on Amazon now.

Main image: The entrance to the dungeons at Elmina Castle in Ghana (Dreamstime)