4 reasons to visit Thessaloniki in Greece

From authentic food to rare bird species, here are 4 reasons to visit the beautiful city of Thessaloniki...

Thessaloniki is the country’s second-largest city, though it remains gloriously walkable. Year-round flights also make it ideal for short breaks, with its classical sights defying the changing of the seasons. Here are 4 reasons you should visit...

1. You can explore some of Greece's most interesting relics 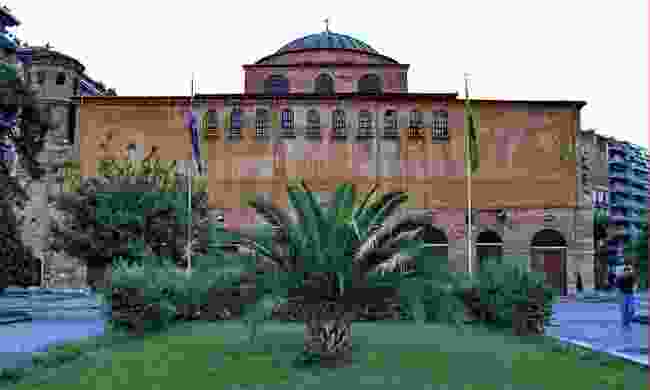 History lovers can get their fix of ancient architecture just by wandering the town of Thessaloniki. Explore relics of the Byzantine era, from the UNESCO-listed Vlatadon Monastery and a wealth of old churches, to the acropolis where the Heptapyrgion castle once housed some 300 soldiers. There are over 30 museums to lose yourself in, including an Archaeological Museum that displays countless ancient masterpieces. Meanwhile, churches such as the impressive Aghios Demetrius, dedicated to the patron saint of Thessaloniki, and the Church of Aghia Sophia, with its grand dome and mosaics, offer a rich take on cultural life here.

Vergina, in the foothills of Mount Pieria, was the first capital of ancient Macedonia and is one of the most important archaeological discoveries of the 20th century. Travellers can unearth open-air ruins of the ancient Palace of Aigai and a theatre, both found just below the acropolis. Be sure to see the subterranean Museum of Royal Tombs of Aigai-Vergina, where you’ll find the tombs of some important people, most notably, King Philip II, father of Alexander the Great.

2. You can sample a range of local delicacies A smorgasbord of flavours and cuisines influenced by numerous cultures await. Mezze was first introduced in the 1920s by refugees from Turkey, along with patsa (a pig tripe soup) and bougatsa, a sweet, cream-filled pastry sprinkled with sugar and cinnamon and found in local bougatsatzidikas (patisseries). Street vendors sell koulouri (sesame bread rings) year around, along with salepi, a traditional hot drink concocted from wild orchid powder.

Elsewhere, the Krini seafront and Modiano and Kapani markets burst with tavernas and ouzeries, each serving their own speciality. And then there’s the frappé, said to have been created in the city. Use one of the many themed routes to navigate the area, such as the Ottoman Route that takes in the Bezesteni (textile market) and Tsinari, as well as the upper Old City. An historic escape.

3. You can spot rare bird species and buffalo 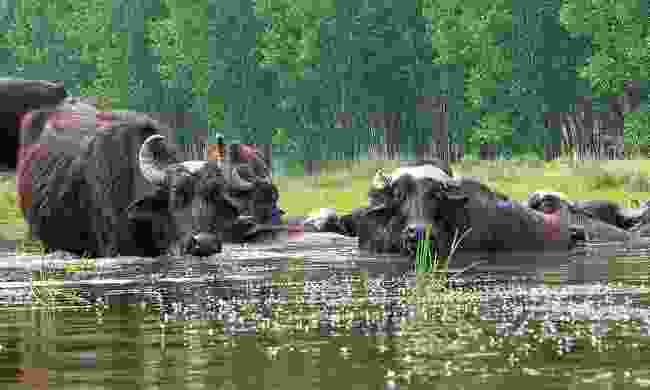 At Lake Kerkini, 100km from Thessaloniki, in the foothills of Mounts Belles and Mavrovouni, lies one of the most important wetlands in Europe. For birders, it’s the ideal place to spot over 300 species, including rare and protected birds such as the Dalmatian pelican. Eagle eyed wildlife-watchers will also be able to spot buffalo – an estimated 700 of which live in the area – while adrenaline seekers can go horseriding, hiking, cycling, off-roading, or simply paddle a canoe out into the shallow waters of the lake.

4. You can sip wine in the vineyard it was produced 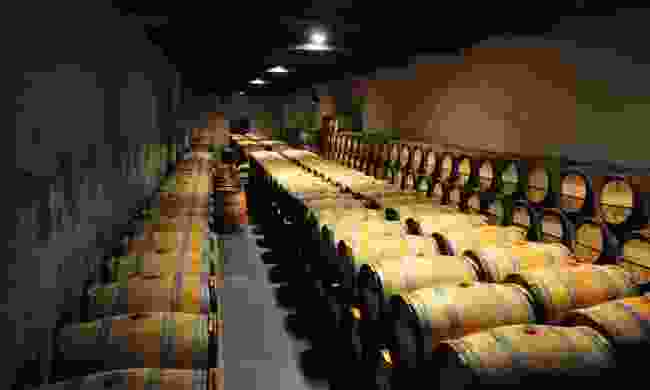 Beyond Thessaloniki you’ll discover an astonishing array of diverse landscapes. Get a flavour of rural life at a local vineyard – one of many scattered across the region. There are three wineries open to the public, as well as a wine museum with one of the largest corkscrew collections in the world, a yearly wine-tasting festival and an urban vineyard.

There are also eight enticing wine-centered routes that plunge you deep into vintner country. Explore the Olympian God, Epirus, and Halkidiki itineraries, which take you through picturesque areas and into local vineyards where you can taste some fine wines and nibble appetisers.