Want spectacular landscapes all to yourself? Try one of these wild camping adventures – perfect for the UK's lengthy summer evenings...

New book Wilderness Weekends offers expert advice on everything from finding little-known wild camping spots and bothies (remote, free cabins found across the UK), to packing the right kit and navigation. Written by Wanderlust editor Phoebe Smith, it also suggests 26 trips, with maps, that will enable you to wake up to a five-star wilderness view, all of your own. To celebrate the book’s release, we’ve picked four of our favourites...

Stay on a secluded beach

Sutherland, Scotland
Sandwood Bay is one of the most secluded beaches in Britain, an arc of golden sand sheltered by imposing granite cliffs.

“Anywhere else in the UK there would be a giant car park, deckchair kiosks and donkey rides,” says Phoebe. “But, because of its location, remote even for the far north of Scotland, Sandwood remains completely unspoilt. It lies 5km from the nearest road, along a track that skirts a chain of lochs before winding down to the shoreline. Once there, you can pitch your tent among the grassy dunes and take in the view.

“Sandwood is part of a Special Area of Conservation, rich in animal and plant life. Keep your eyes peeled for deer, puffins, razorbills and guillemots, along with the eight different varieties of orchid that grow among the coastal grasses (machair). If local legends are to be believed, you might even spot the odd mermaid.” 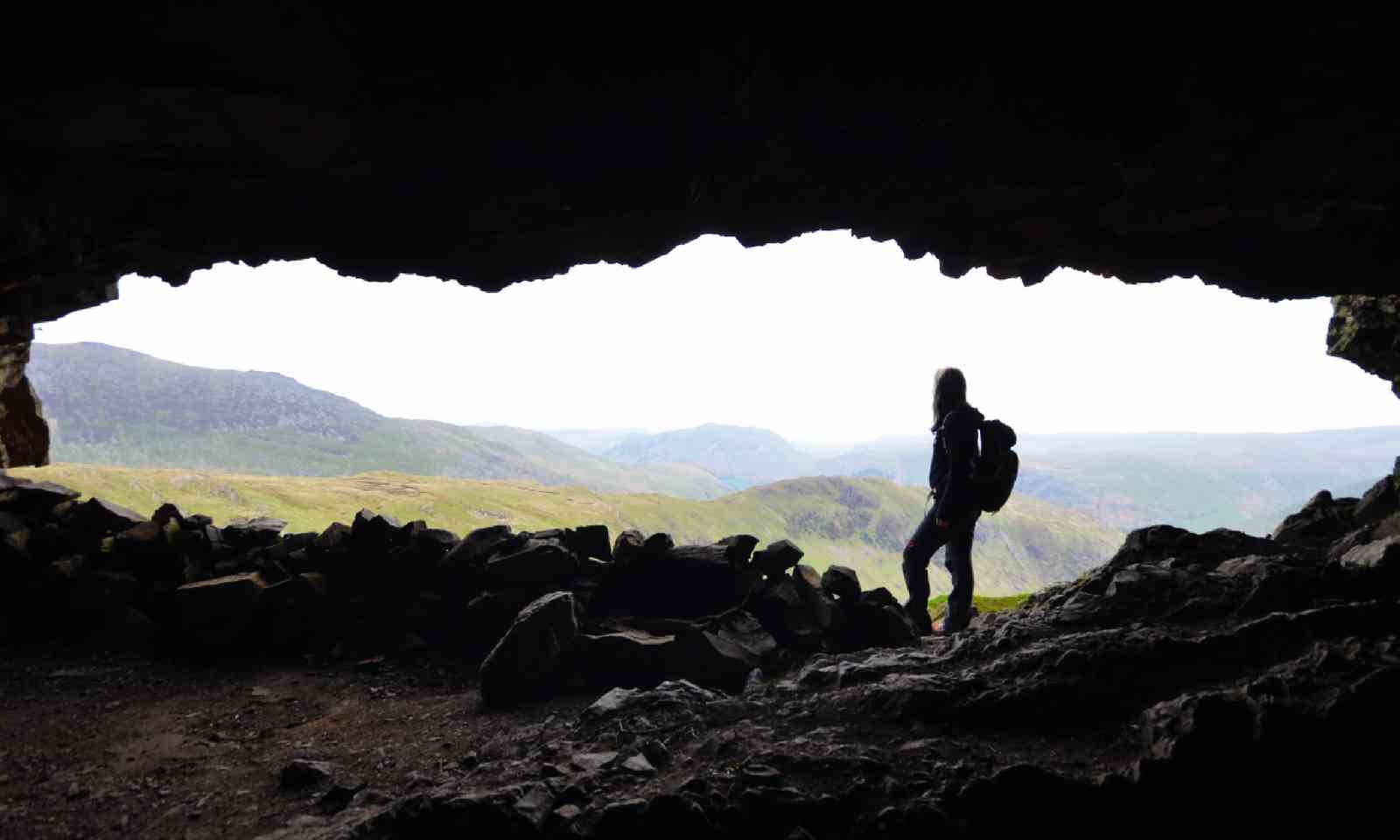 Camp in a mountain cave

Patterdale, Lake District
For a night or two, you can live the life of Millican Dalton, a self-styled Professor of Adventure who left a respectable London job in the 1930s to become of one of Britain’s most famous cave-dwelling hermits. Millican made Borrowdale, on the lower slopes of Lakeland’s Castle Crag his home.

“Caves tend to be at the bottom of hills, hidden underground or beneath boulders,” says Phoebe. “But find a cave up high, on the side of a mountain, and you’ve found somewhere special indeed. Priest’s Hole, a natural cavity located high up on Dove Crag is just that. On a clear day, the view is as breathtaking as the climb. It’s like having a penthouse view over the northern Lake District.”

Erme Plains, Devon
Dartmoor National Park has a double draw for wilderness explorers. “It’s the only place in England where you can legally pitch a tent for a wild camp (thanks to a local bylaw) and it’s also home to some the country’s most intriguing archaeology,” explains Phoebe.

“Scattered among marsh land and weather-beaten granite tors you’ll find many ancient cairns, evidence of the tin mining that this area was once famous for, and the largest concentration of Bronze Age remains anywhere in the UK.

“The Upper Erme Stone Row is one of the most spectacular of these prehistoric relics. Stretching for over 3km, with a stone circle made up of 26 monoliths at its southern end, it’s the longest stone row in the world and provides a fascinating insight into Dartmoor’s ancient past. Pitch your tent nearby and explore.”

Carneddau, Snowdonia
“People often bemoan the lack of ‘true wilderness’ in Wales,” says Phoebe. “Many people tend to think of the Snowdon tourist trail, which deposits trainloads of visitors on the summit of Wales’s highest mountain with barely any of the required effort. But not far away are the Carneddau, an expanse of high land that is home to wild horses and few visitors.

“The area also offers the rustic hospitality of a former shepherd’s hut, maintained by the excellent volunteer-run Mountain Bothies Association. A stay here is free for wilderness explorers as long as you follow bothy etiquette: only stay one or two nights; keep numbers to a minimum (no more than six without permission); make all visitors welcome; take out all your rubbish with you.

"It’s the perfect base to explore the heatherclad peaks. Facilities are very basic – think stone tent rather than hostel – and you’ll have to take all your supplies in with you, but it’s a small price to pay to wake up in the wilds of Wales.”