Escape the tourists – and discover adventure – on Greece’s remarkable wealth of island gems...

It goes without saying that Greece’s islands offer some of the most enchanting escapes in the world. Look beyond the big names, though, and you can explore some under-the-radar gems, getting a glimpse of what Grecian island living is really all about, even during the busy summer months. 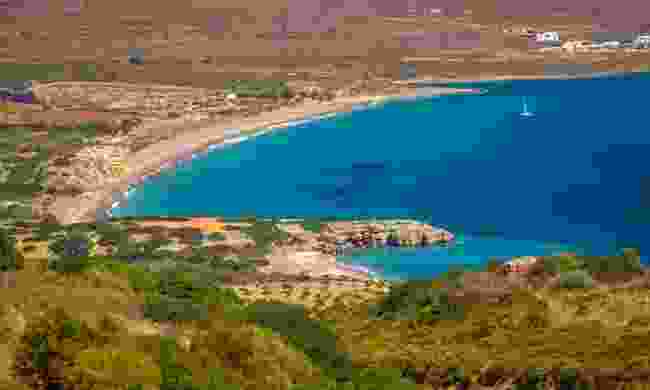 Kythera was the reputed birthplace of Aphrodite, the Goddess of Love, and its rugged interior is certainly easy to fall in love with. Located off the south-eastern tip of the Peloponnese peninsula, this mountainous area is awash with valleys, all swooping towards the sea.

But first head to the castle of Chora, which was built back in the 13th century and is often referred to as the eye of Crete. It dominates the skyline, and behind its walls lies Venetian architecture aplenty, including a prison, a church adorned with old murals and a swathe of two-storey houses that, just two centuries ago, housed over 200 inhabitants. A few kilometres away, towards Limnionas beach, you can see the Cave of Agia Sofia. Its stalactites and ever-changing colours are well worth the walk. 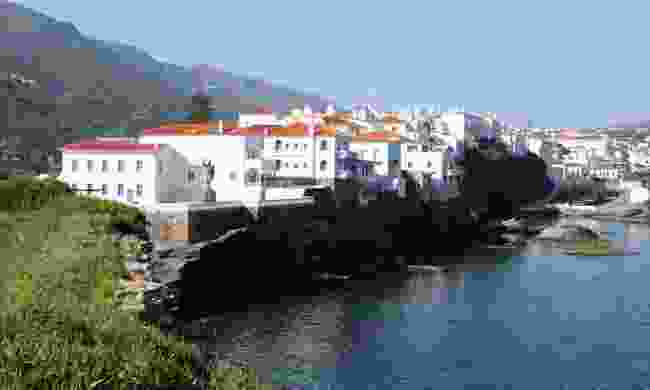 The island of Andros is a rich blend of mountains, beach and agriculture, perfect 365 days a year. Fly to Athens and then take the two-hour ferry from the port of Rafina on one of the daily crossings. It’s the greenest and most northerly of the Cyclades, and second in size only to Naxos. Meanwhile, the capital, Hora is a heavenly mix of neoclassical buildings, marble pavements, pretty squares, towering churches and golden beaches.

Andros is also a hikers dream, recognised by the European Ramblers’ Association, with well over 100km of footpaths for those wanting to wander. The Andros Route, a 100km walk that runs from the top to the bottom of the island, is a fine example. For a more cultured visit, there’s also the Museum of Modern Art, the archaeological museums in Hora and Paleopolis, as well as the Cyclades Olive Museum, so get out and explore. If you’re looking to switch off, Anafi in the Cyclades is another island yet to be discovered by the masses. It’s still accessible in autumn and spring, and blessed with untrodden beaches, hilly, high terrain and archaeological sites. Capital Chora is just 20 minutes’ walk from the harbour of Aghios Nikolaos, and its swathe of white-washed buildings and windmills cascading down from the peak is a classic image of island Greece. It’s free from congestion, and to get around you must walk or travel by mule.

Nearby, you can visit the ruins of a Roman cemetery and an ancient town, or head up to Mount Kalamos in the island’s south-east. Here, a footpath winds this spiky monolith, whereupon you can enter its forbidding bowels via the cave of Dracontospilo. Wanderers can also hike 90 minutes to the white bell tower of the Monastery of Panagia Kalamiotissa via a path that begins at the Monastery of Zoothohos Pigi. Keep your eyes peeled for passing seals from some of the awe-inspiring viewpoints along the way. If that isn’t enough action for you, the island of Kalymnos in the Dodecanese offers a wilder take on island life. There’s ample opportunity to scuba-dive, hike trails, visit the wondrous Esperidon fjord, explore over 50 caves and scale rock formations. The island is home to one of the most extensive climbing networks in Greece; there are more than 1,300 climbing tracks for clamberers of all abilities, with slabs, boulders, big walls and overhangs to conquer. The most picture-worthy is the arch at the Grande Grotta cave.

The island is also famed for its sponge diving, with 30,000 harvested here each year. From the two diving centres, it’s easy to explore underwater where cape slopes, shipwrecks, reefs and caves all pepper the seascape. Diving is so popular here that there’s even a festival in the summer with free organised dives for visitors.

But no matter whether you’re looking for a city-break, an island adventure, sun, shade, culture or nature, Greece whets the appetite 365 days a year.