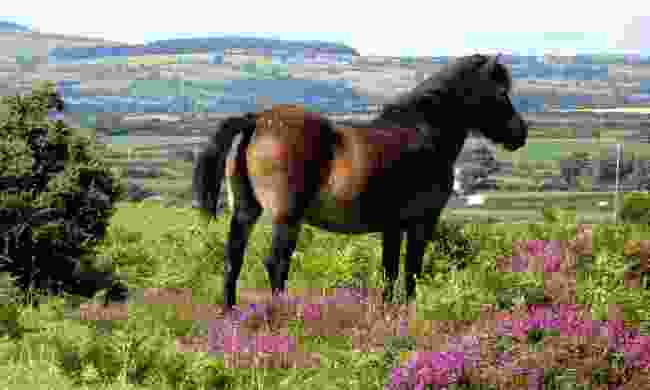 Explore Murlough National Nature Reserve, a fragile 6,000-year-old sand dune system that is home to a wide range of habitats, including heathland, species-rich grassland, woodland and scrub. Along the way, you'll get fabulous mountain views, walk along one of the finest beaches in County Down, and discover the site of the rare marsh fritillary butterfly. 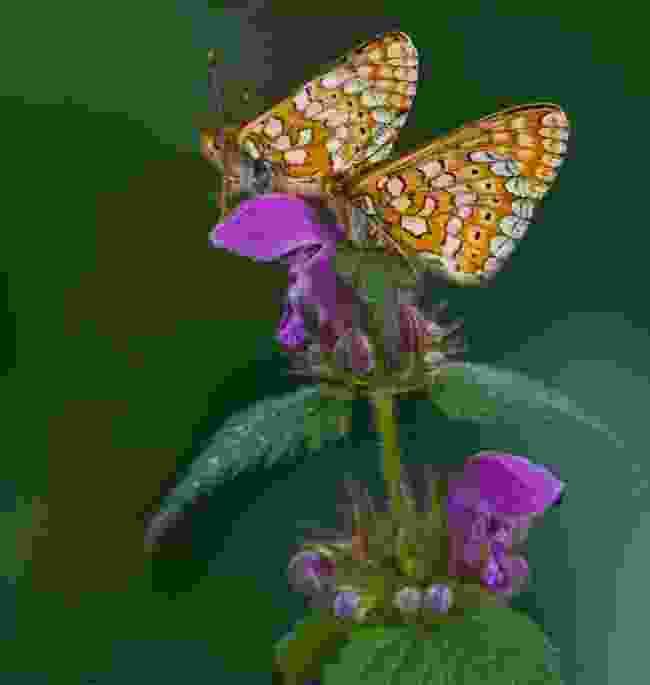 Visit during June to see the beautiful but rare marsh fritillary butterfly. Despite declining numbers, the UK, in particular Northern Ireland is a stronghold for the species.

To appreciate pretty hues of pink and purple in amongst the sand, visit the Murlough heathland during August, when the bell and ling heather are both in bloom. 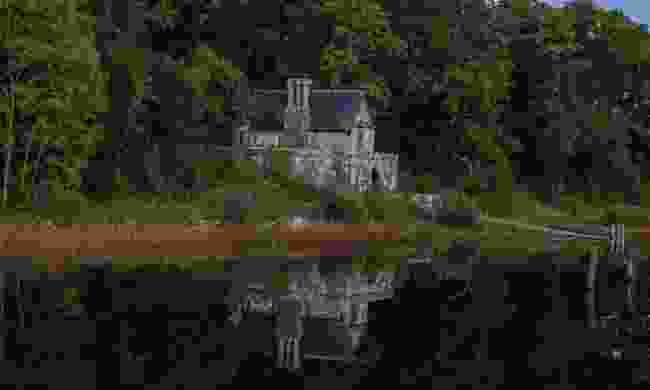 With its ancient woodland, picturesque islands and historic ruins, the tranquil landscape of the Crom Estate has given rise to a number of ghostly tales and unexplained spectral sightings. This easy walk takes you around the edges of Upper Lough Erne, which is home to many rare species. Look out for wildflowers, fungi and bats along the way. 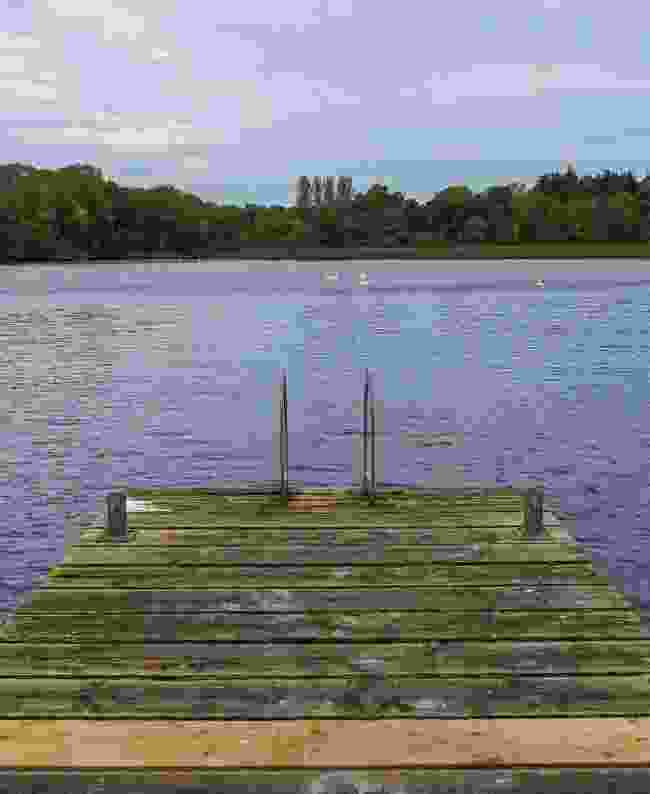 A platform overlooking the waters of Upper Lough Earne, where ghostly lights have been spotted (Shutterstock)

Appreciate the ancient yews in the Old Castle Garden and imagine the parties people had under the trees back in the 19th century. Admire the other flora on display, including uncommon linchens, wildflowers, and fungi including beautiful and bright toadstools.

Look out over the waters of Upper Lough Erne in such of the lights that spooked out locals between the early 18th century right up until the 1960s. Whether you believe the lights were due to ghostly fianna ( the people who lived here long ago) or agree with the rationale that the lights were used to ward off smugglers, there’s no doubting the area has an eerie feel.

Head to Inshfendra to find the place where a man saw ghosts in 1992 after lying on a rock near the water – which he later found out was a votive stone, where pre-Christian Celts made religious sacrifices. Apparently, he was surrounded by half-naked, armed men staring at him. 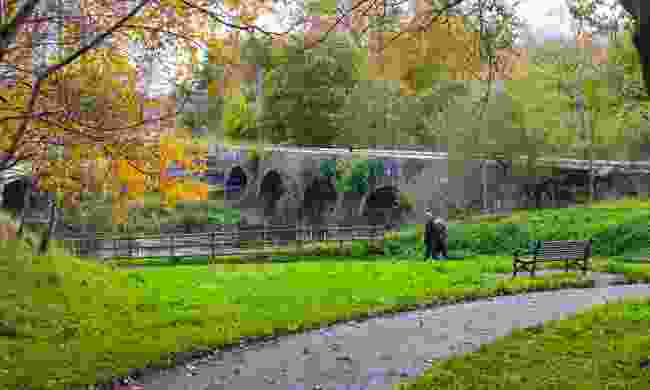 A bridge at Minnowburn (Dreamstime)

A green oasis situated on the southern edge of Belfast, Minnowburn is the perfect place for a gentle stroll. Starting alongside the Lagan River, the trail soon heads south, taking you through deciduous woodland and farmland before looping back to the river once more. Along the way you'll find a Neolithic monument and a magical garden, and may even spot spawning salmon or sea trout. 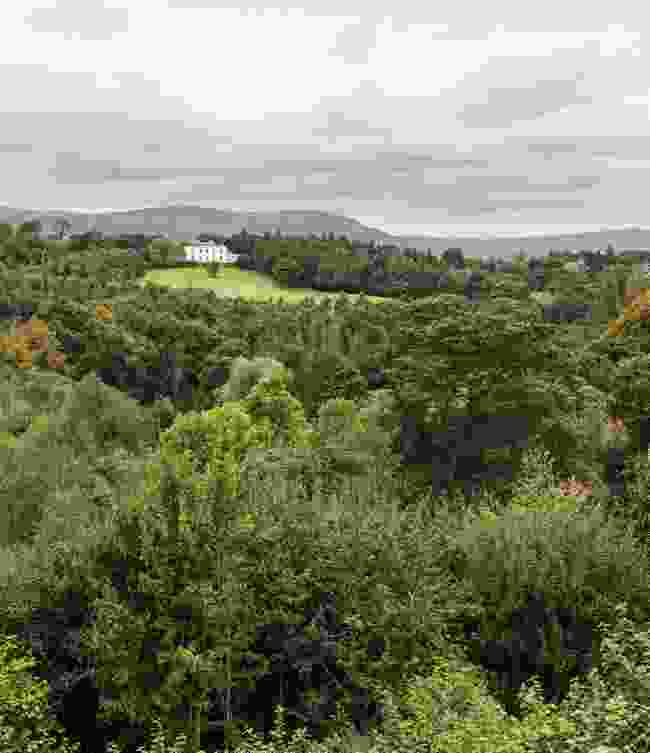 A beautiful view over Minnowburn (Shutterstock)

As Belfast’s main river, the River Lagan plays as much as an important part in the city now (for walkers and cyclists) as it did in the past (used as a canal). This stretch of the river is great for birdwatching so keep your eyes peels for the little grebe, moorhens and tufted ducks. If you’re lucky, you may even see a seal.

Literally – a giant ring. This grass-covered site is almost 600ft-wide and is thought to have been here since 2700BC. Head to the middle of the circle to see the passage tomb, an impressive structure of 5 upright stones plus an extra one used as a roof.

Recently restored to its former glory, the main draw of this 1930s garden is its stunning views across the Lagan valley and the mossy Belfast hills in the distance. 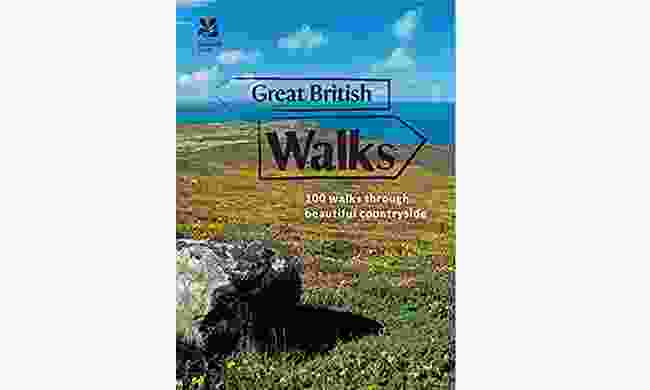 Great British Walks is published by the National Trust and features 100 walks through Britain's beautiful countryside.