Frequently ignored as just a transit stop, Mark Eveleigh discovers Kuala Lumpur has an allure of it's own, from the Petronas Towers to the charming Old Quarter...

After catching sight of the sleek steel-and-glass skyscrapers of Kuala Lumpur’s (KL) business district from the plane, you’ll be left in no doubt that this city has come a long way since it was the rough-and-ready haunt of tin miners and rubber tappers, who christened it the rather disparaging name of Kuala Lumpur (or ‘muddy estuary’).

KL-ites of all races are proud of their thriving city. The so-called Malay Bumiputera (‘sons of the soil’) make up the majority of the population, but large communities of Chinese and Indians add their own mix of spice to this delightful melting pot.

This is a predominantly Muslim city, but while it would be disrespectful to dress as if you’re in a beach town, there are no real restrictions. Most locals also speak at least a little English, even if a few phrases of Malay are always appreciated.

The city is developing rapidly, but take time to soak up the charm of the old quarters (colonial and cultural) rather than just concentrating, as many do, on the glitz of the malls and the neon nightlife. 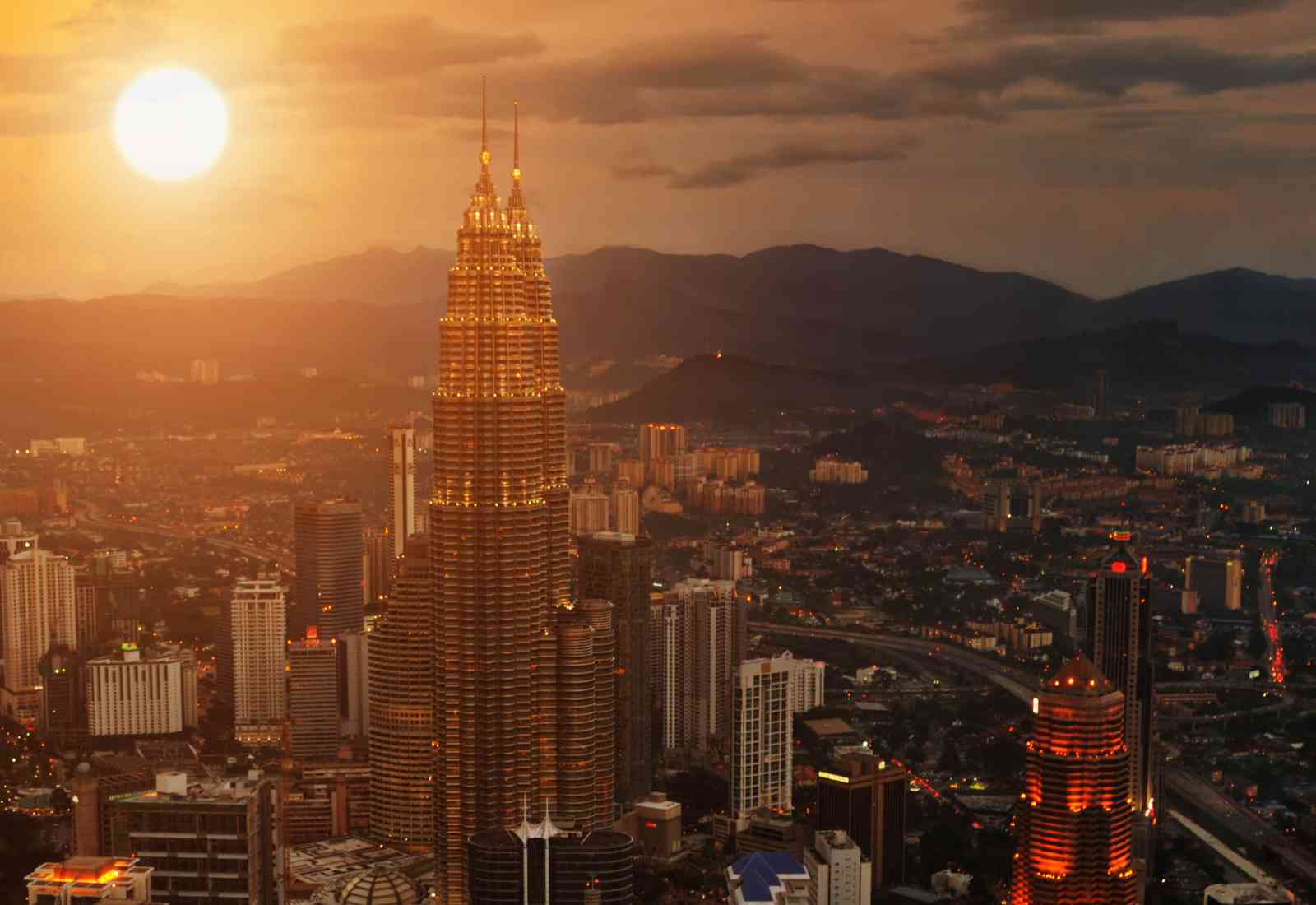 KL International Airport has two terminals (KLIA and LCCT2), linking over 100 destinations. Both are about 60km from the city centre, and KLIA has upped its game in recent years, with quick immigration processing and fast baggage-handling, meaning you can be out on the streets in no time.

ATMs are located just as you leave the baggage hall; you can also buy a local SIM there too (show your passport to register). Pre-booked taxi kiosks are found before you exit Arrivals, but can be pricey – follow ‘Taxi’ signs to the lowest floor and head to the kiosk that the locals use for the best deal.

The journey into the city takes about 40 minutes. Be sure to keep your eyes open – you could make this journey a hundred times and the sight of the iconic Petronas Towers, gleaming like twin rocket-ships on the horizon, will always give you a quick surge of excitement.

Cheap domestic flights mean that, despite a good public transport network, most travelers arrive by plane. Trains from Singapore’s JB Sentral Station to KL, via Gemas, take about seven hours and cost from MYR51 (£10). A train from KL to Hat Yai (near the Thai border), via Padang Besar, costs from MYR160 (£31) and takes around nine hours. 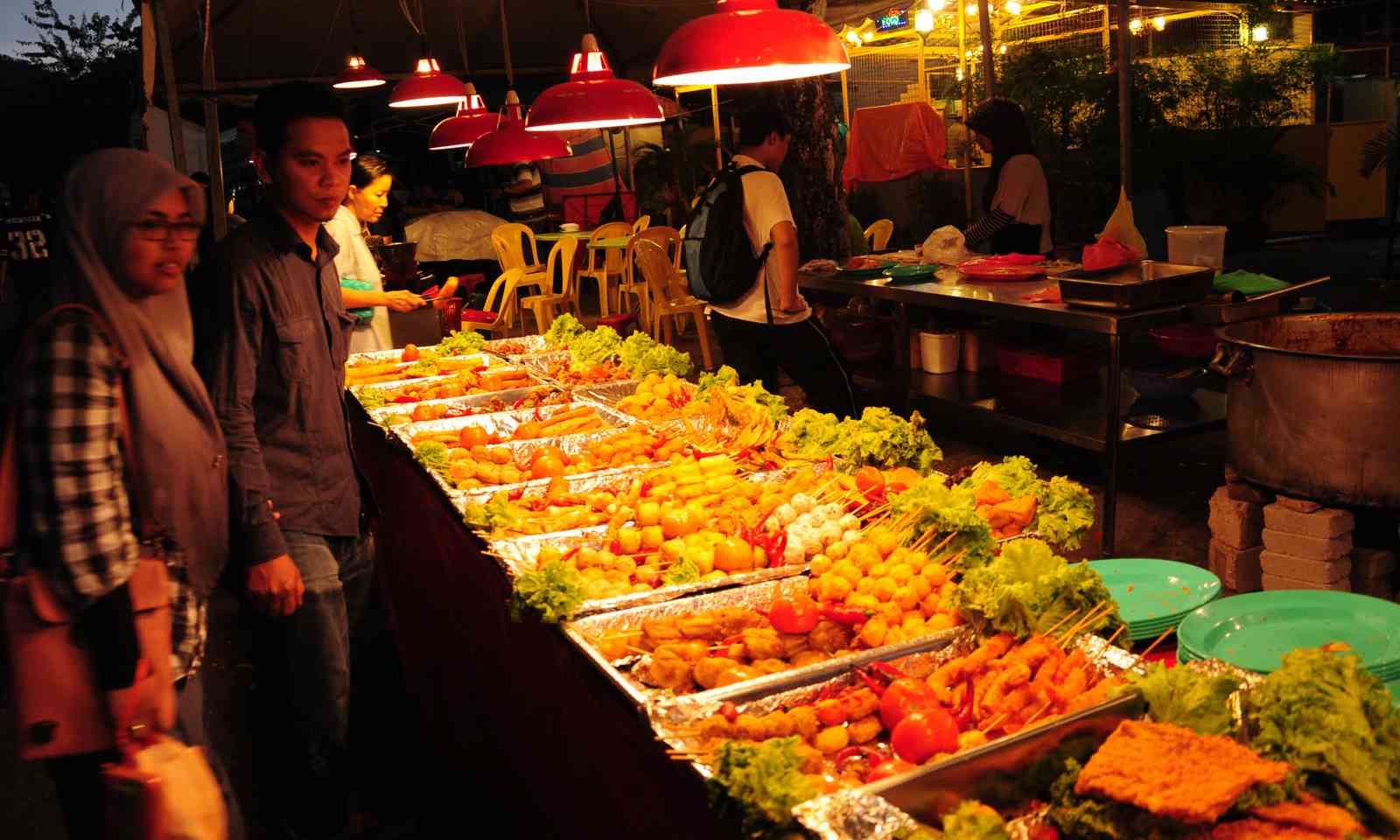 Head to SK Corner on Jalan Rembia and start your day with a delicious roti canai (flaky flatbread, usually served with curry) and teh tarik (milky tea). Flag down a taxi to Suria KLCC mall and you’ll be dropped in front of the awesome Petronas Twin Towers (petronastwintowers.com.my); its 86th floor observation deck offers the perfect viewpoint over the city.

Next, grab a taxi to Little India for the most affordable vegetarian thali (mixed plate) lunches in town and unique souvenir hunting. Then head to the fine Islamic Arts Museum (iamm.org.my) to spy some truly exquisite exhibitions.

The Majestic Hotel (majestickl.com) on Jalan Sultan Hishamuddin serves afternoon tea between 3pm and 6.30pm – this is always a highlight of any trip. Walk off the calories afterwards with a stroll past the National Mosque (pictured) and down to Merdeka (Independence) Square, which was once the cricket field of the Royal Selangor Club; now it plays host to the world’s tallest flagpole (95m).

For a sundown cocktail with a fine view of the Petronas, head to swanky Coppersmith (troikaskydining.com). For more budget-friendly international dining, make instead for the street restaurants that line Jalan Alor, where you can find everything from Vietnamese pho (noodle soup) to sumptuous Turkish ice-cream. End the day at Heli Lounge Bar (34th Floor, Menara KH). You’re sure to feel like a high-flier, sipping a G&T on a helicopter pad high over KL’s Golden Triangle. Top end: ‘Rustic-luxe’ Villa Samadhi (secret-retreats.com) is one of KL’s best-kept secrets. Lying just ten minutes from the main sights, this boutique hotel offers an oasis of calm in an often frenetic city.

Mid-range: If you’re a fan of quirky design, Chaos Hotel (chaos-hotel.com) is the place for you. From the basement café right up to the fifth-floor apartments, it has a contemporary-industrial feel in keeping with its location in the Bukit Bintang shopping zone.

Budget: Sahabat roughly translates as ‘friend’. Spend a few nights at Sahabat Guesthouse (sahabatguesthouse.com) and you’ll realise that this little gem is well-named. It also represents pretty good value for a clean, comfortable double room with a private shower. Help yourself to breakfast and free-flowing coffee. 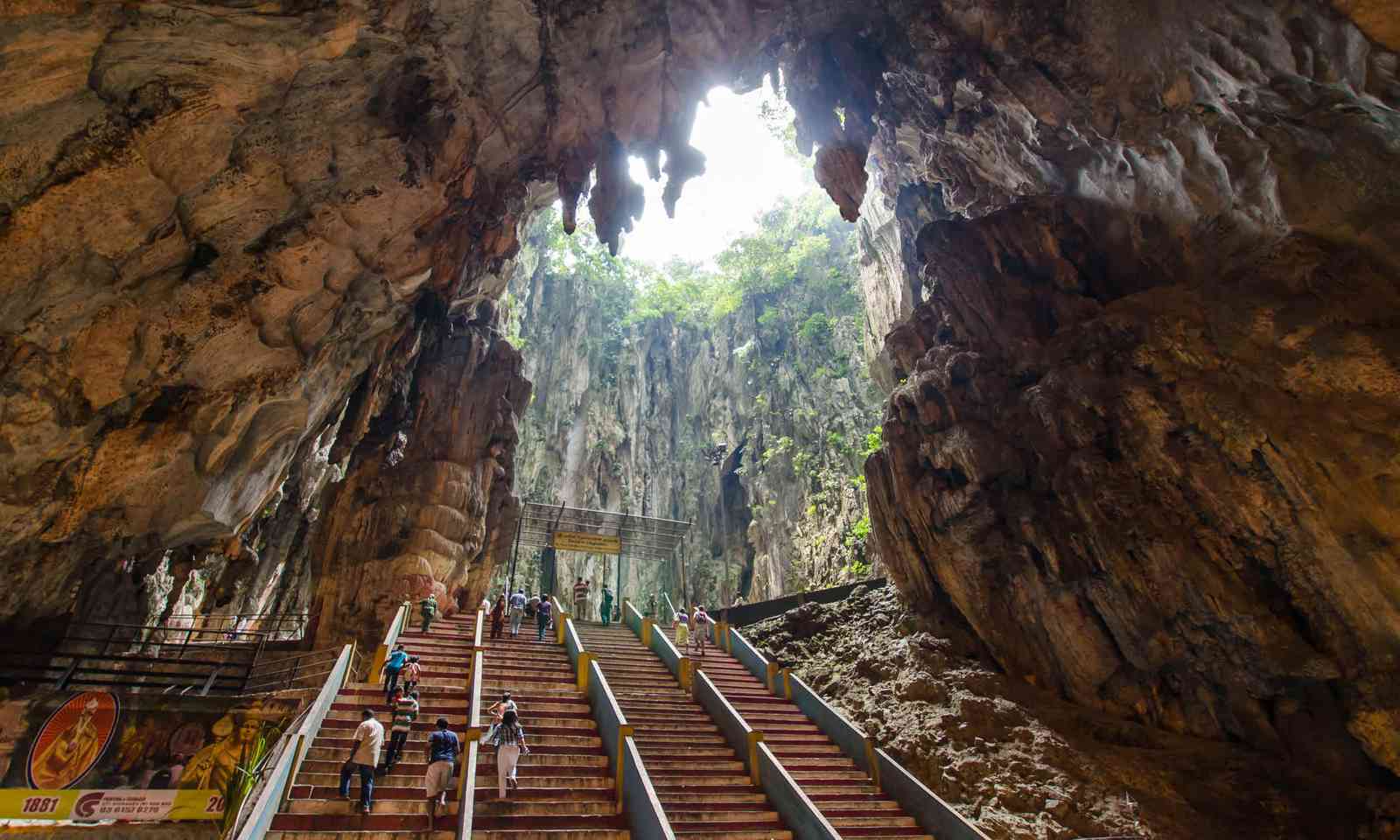 Kuala Lumpur is often a jumping-off point for seeing the rest of Malaysia, with visitors rarely staying long. But there’s a lot to see and do here, and a few days gives you time to get to know it better. After that, it’s time to explore the region…

The Hindu temple at Batu Caves (a half-hour by train from KL) is worth devoting an entire day to. From there, its on to the wildernesses, towns, highlands and islands of Peninsular Malaysia. For culture-vultures, Melacca (in the south) and Penang (north) are popular lures; buses and trains there from KL take about three and seven hours respectively.

The Cameron and Genting Highlands are great places to dodge the heat, while islands like Langkawi and Tioman are havens for those in search of rays. Jungle trekkers will find solace in Taman Negara National Park and the East Malaysia states of Sabah and Sarawak on Borneo; the former is home to Mt Kinabalu, Malaysia’s highest mountain (pictured).

Visas: UK nationals are issued with a free 90-day tourist visa on arrival.

Currency: The Malaysian Ringgit (MYR), currently MYR5.17 to the UK£.

Best viewpoint: The observation area on the 86th floor of Petronas Twin Towers (at 370m above ground level) offers the best views. Another way to get views of the skyline is from the revolving restaurant on the top of KL Tower (276m).

Health issues: No specific vaccinations are required. Street food is delicious and cheap, and while travellers occasionally pay with the odd case of the KL quickstep, it’s often to do with the heavy spice.

Web resources: The official website for the Visit KL tourist office is visitkl.gov.my, while more information can be found on Tourism Malaysia’s site (tourism.gov.my).

Useful apps: The Visit KL app (android/ iOS) is useful and intuitive, offering suggestions of things to do, how to get around and an interactive map with recommended accommodation.

Climate: Temperatures usually vary between 26ºC and 35ºC. March and April herald the arrival of monsoon season (albeit the rains are usually mercifully short), and between May and July is the best time to avoid the humidity.