How to spend 24 hours in Brisbane, Australia

What to know before you arrive 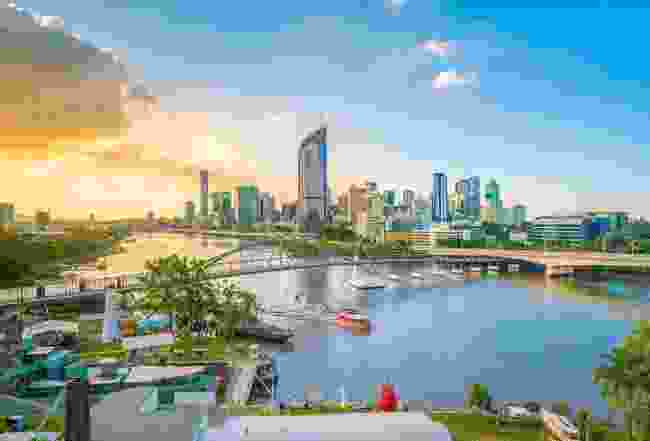 The capital city of Queensland, Brisbane once sat quietly in the shadow of its southern neighbours, Sydney and Melbourne. However in recent years, ‘Brissie’ – as locals call it – has entered the spotlight.

A boom in contemporary art galleries, alfresco dining and 24-hour nightlife has transformed the capital, earning it the title of ‘Australia’s Hippest City’ by one guide book. It’s also home to Brisbane Festival, one of the country’s leading international arts festivals, which attracts around one million visitors annually.

The main sights gravitate around the edges of Brisbane River, which divides the central business district from the arts and entertainment precinct of South Bank. The traipse-able European-inspired floral parklands, quaint bridges and bustling waterside eateries blend seamlessly with the quintessential ‘no worries, mate’ attitude that Queensland is famous for.

After taking in its array of rooftops bars, blue skies and glorious subtropical climate, visitors will be likely to agree with locals when they say, ‘Brisbane is beautiful one day, perfect the next’. 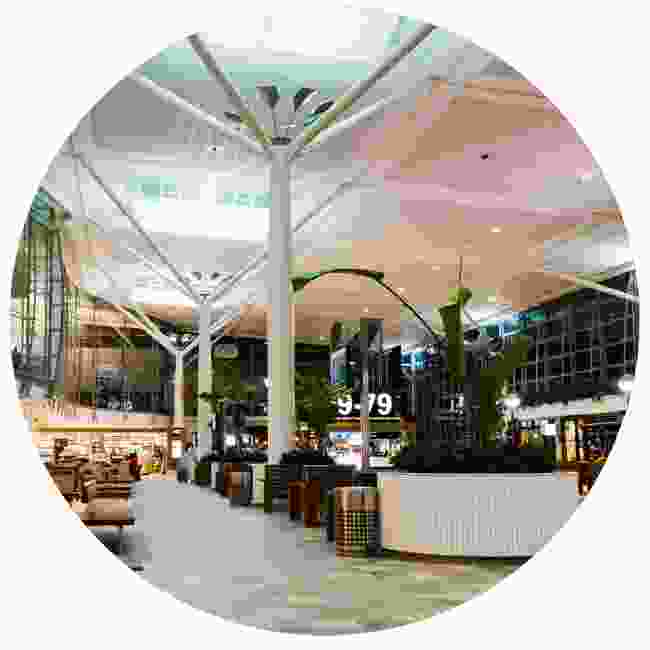 Brisbane Airport (BNE) has an international terminal and a domestic one, both with high-speed WiFi. UK ePassport Pocket holders can use the self-service SmartGate.

Australia’s well-preserved ecosystem means biosecurity is a serious business, so expect additional bag scans and a wet-nosed welcome from sniffer dogs. The airport currency exchange is pricey, so try your hotel or a bureau de change for a better deal. 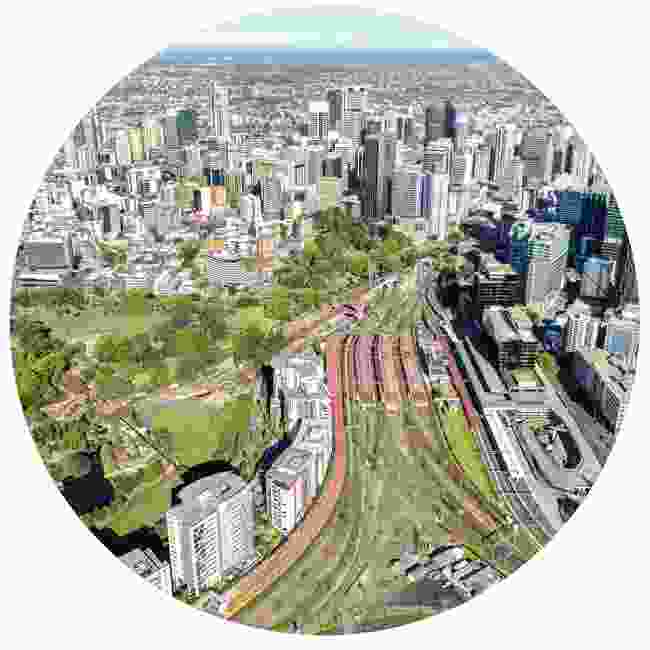 The Airtrain runs every 15-30 minutes from Level Three in the international terminal and zips into the city in under 25 minutes.

How to spend your first day in Brisbane 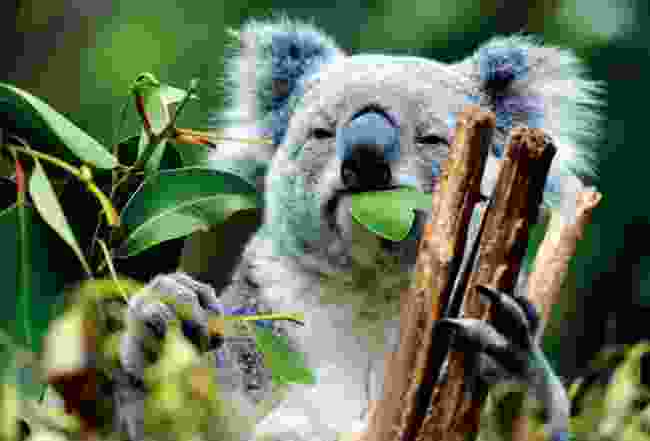 Head to Queen Street Mall, home to over 700 retailers and an array of bustling eateries, and catch a bus for a short 12km journey to Lone Pine Koala Sanctuary (A$42/£23).

Originally set up as a refuge for sick and orphaned koalas, it’s now a hangout for over 130 of Australia’s most iconic – and adorable – locals (pictured), where you can meet a tree-dwelling resident, and say ‘G’day’ to platypus, wombats and kangaroos.

Travel the scenic route back to the city on the 40-minute Koala Express Mirimar River Cruise (A$35/ £19.50), looking out for Australia’s only surviving (but retired) Gas Stripping Tower. Easily confused as a lighthouse, the maroon cast-iron tower used to purify gas. 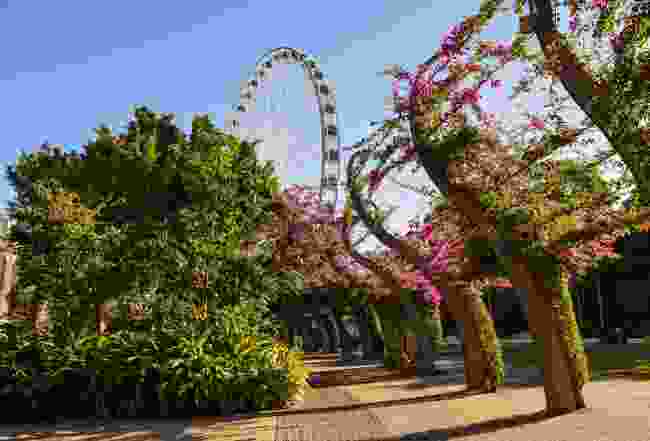 The Wheel of Brisbane (Shutterstock)

You’ll alight at South Bank, a lively entertainment precinct with 17 hectares of floral parklands and world-class eateries. Here, cool off with an afternoon dip at Streets Beach, a lagoon lined with palm trees and Australia’s only inner-city, man-made beach.

Alternatively, opt for a leisurely stroll through the Grand Arbour, a parkland walkway shaded by arching steel structures veiled in vibrant bougainvillea. Then take a ride on the Wheel of Brisbane (A$20.90/£12), a 60-metre-tall ferris wheel offering sky-high views.

Later, eat dinner at Stokehouse Q, a waterside restaurant popular for its seafood dishes. Nab an outside table and look over to Goodwill Bridge, a scenic footbridge built in 2001, the year of Brisbane’s Goodwill Games. Then, as the sun sets, unwind with a glass of frosé, frozen rosé with a strawberry zest.

What do Brisbane locals recommend? 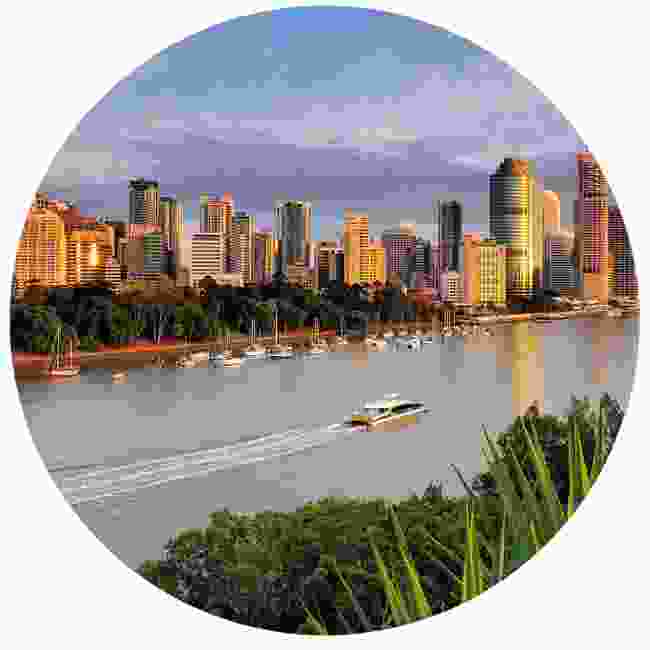 “Travel around on the water aboard one of Brisbane’s CityCats, the passenger ferries that skim quietly up and down the Brisbane River.

These lightweight vessels are a fun and economical way to see the city. You can hop on or off­ whenever you like.”

Where to stay over in Brisbane 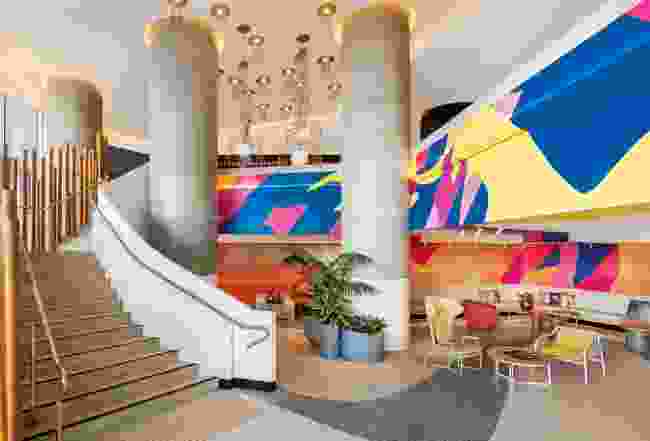 Top end: With the bonus of a rooftop pool, spacious rooms at W Brisbane boast views of the river and arts precinct.

The central riverbank location inspired the hotel’s stylish ripple design, from the curved metallic exterior to the grand staircase (pictured). Doubles from A$305pn (£170).

Mid range: Bring a little Gatsby-era glamour to your trip at FV by Peppers, an apartment hotel with skyline pool and indoor cinema in the nightlife district of Fortitude Valley.

Perfectly situated for exploring Brisbane’s live music scene, it’s indulgent but affordable. From A$199 (£110)pn for a one-bedroom apartment

How much longer should you spend in Brisbane? 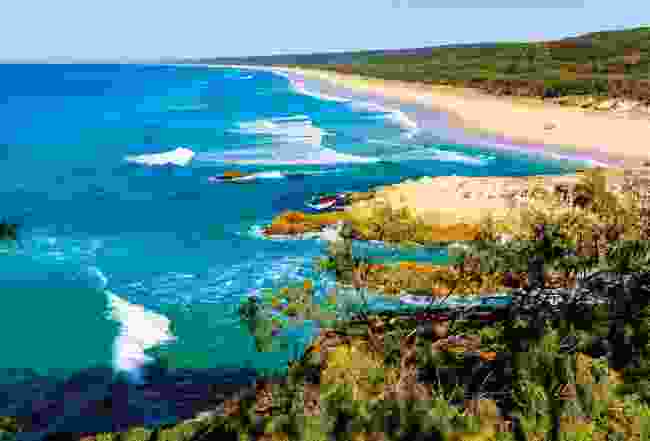 Stay a few days to visit the city highlights, such as the Queensland Art Gallery & Gallery of Modern Art (free) and Brisbane City Botanic Gardens but then explore Queensland. Make for North Stradbroke Island, a 45-minute ferry ride from the eastern suburb of Cleveland.

The North Gorge Walk on ‘Straddie’ is a hot spot for whale, dolphin and turtle watching. Stay overnight for crowd-free beaches, sunrise yoga and hire a motorised scooter to explore hidden lakes.

Venture north to the Sunshine Coast to learn more about wildlife conservation and crocodiles at the late Steve Irwin’s Australia Zoo (A$59/£33). Or head 80km south to the Gold Coast where you’ll find sprawling beaches and award-winning theme parks. Inland, Springbrook National Park is a spectacular rainforest. Keep an eye out for glow worms. 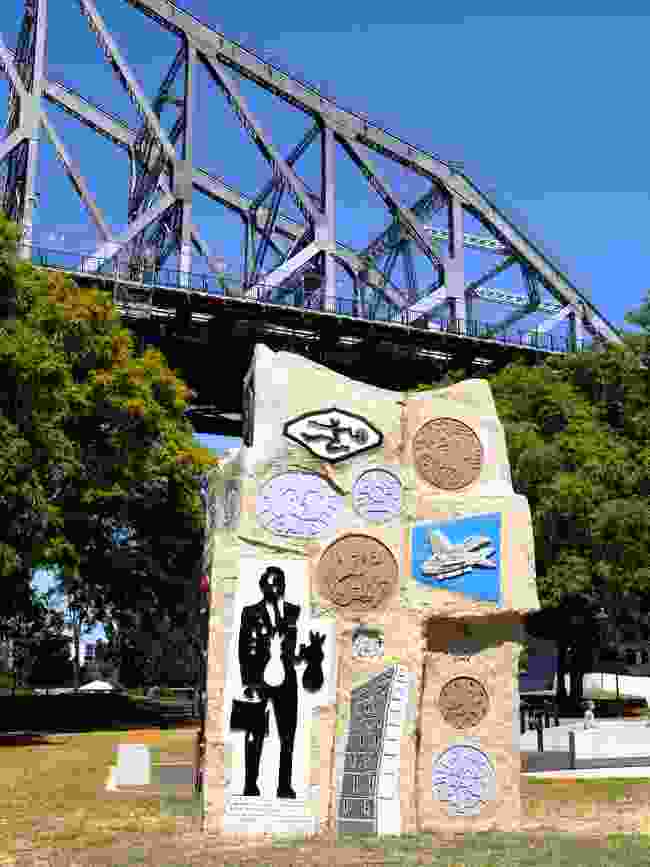 Visa: Apply online for a free eVisitor visa, which allows UK passport holders to stay in Australia for up to three months. The majority of applications are processed within three days.

Currency: Australian dollar (AUD) currently AUD$1.80 to the UK£. ATMs are widely available, but expect a withdrawal fee of at least A$2.50 and a daily withdrawal limit.

Health issues: No major health threats, but try to avoid dehydration and sunstroke. Drink plenty of water, wear protective clothing and sunscreen, and avoid excessive sun exposure between 10am and 2pm.

Guidebook: Australia (Lonely Planet, 2017) has the essentials. For laughs and to kill hours on the plane, read Bill Bryson’s Aussie travelogue Down Under: Travels in a Sunburned Country (2001).

Useful websites: Visit Brisbane is the official guide to the city.

iPhone app: Download the This is Queensland app for maps, local attractions and to locate WiFi hot spots.

Climate: Queensland is the ‘sunshine state’, with Brisbane having a year-round average of eight hours’ sunshine per day.

Your first 24 hours in Darwin, Australia

Sydney vs Melbourne: Which is for you?