How to spend 24 hours in Charleston, USA

The South Carolina city has always been high on Southern charm, but new efforts to recognise its slave heritage lets visitors get a more rounded view of its past, says Lynn Brown

South Carolina’s oldest city, Charleston was founded by the English in 1670 and named after then-king Charles II. Its location on the Atlantic, at the confluence of the Cooper, Wando and Ashley rivers, meant it was a centre for all kinds of trade, a fact evidenced by its opulent antebellum mansions and historic shopping districts.

It’s a charming, welcoming place. But what’s often unseen is the fact much of the city’s beauty and prosperity was gained at the expense of enslaved people, many of whom came through the port here. Recently the city has made strides to more fully represent this, and the contributions of all of its residents, creating and promoting ventures such as Gullah Geechee Tours and the new International African American Museum. Now visitors can get a more nuanced view of Charleston’s history, and better understand what makes visiting such a vivid experience. 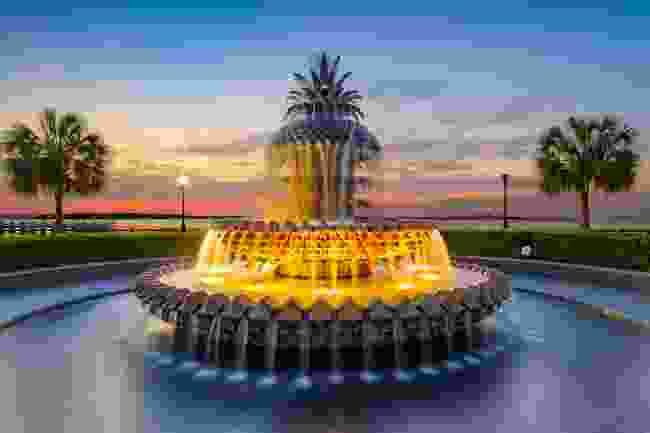 How to get to Charleston

At the airport
Pre-COVID-19, BA flew direct from the UK to Charleston; hopefully this will resume. For now, connections are available via New York, Chicago and other hub cities in the USA.

Getting into town
The airport is 20km from downtown Charleston. CARTA Bus 11 runs to/from the airport ($2pp).There is also an airport shuttlebus ($15pp). Taxis/Ubers are available outside the terminal; the drive takes 20 minutes.

Other ways to arrive
Amtrak trains call at Charleston two to five times a day, connecting to cities on the east coast. Greyhound buses serve Charleston daily; main destinations include Myrtle Beach and Columbia (within South Carolina) and Savannah and Atlanta in Georgia. 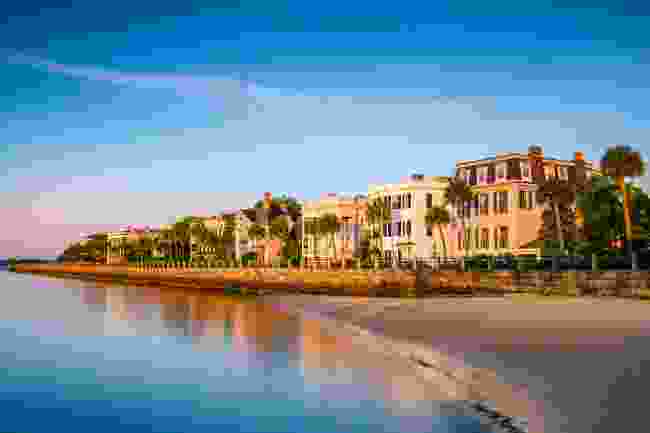 The historic homes on The Battery, Charleston (Alamy)

Things to do in Charleston

Food is a key reason to visit Charleston, especially its ‘Lowcountry cooking,’ a sub-set of Southern cuisine, influenced by the coast – think pimento cheese or shrimp and grits. Start at Millers All Day, which serves up Lowcountry breakfasts with a twist; try one of their legendary biscuit sandwiches.

A carriage tour of the city’s historic neighbourhoods will give you time to digest while admiring the myriad architectural styles – from Colonial to Georgian to the classic Charleston single house. Palmetto Carriage Works offers both private and public tours.

Next, head to King Street for a stroll through downtown and some shopping opportunities: nearby Charleston City Market has been running since 1807 and sells many local South Carolina goods; don’t miss the Gullah artisans who create handmade sweetgrass baskets.

The Gullah are descendants of enslaved Africans who were brought to the USA through Charleston and lived in the Sea Islands that dot the coast. Learn about their journey at the Old Slave Mart Museum. In 2022, the International African American Museum is set to open, giving even more insight into the city’s African American history.

End the day at Husk. Set in a Queen Anne-style house, this upscale restaurant is credited with kick-starting New South cuisine with dishes like cornmeal fried catfish with squash, fennel and green tomatoes. For a nightcap try the Vintage Lounge, one of the state’s most beautiful bars, serving equally beautiful cocktails. Or, for a livelier time, visit Uptown Social on King Street for live music, dancing and late-night eats. 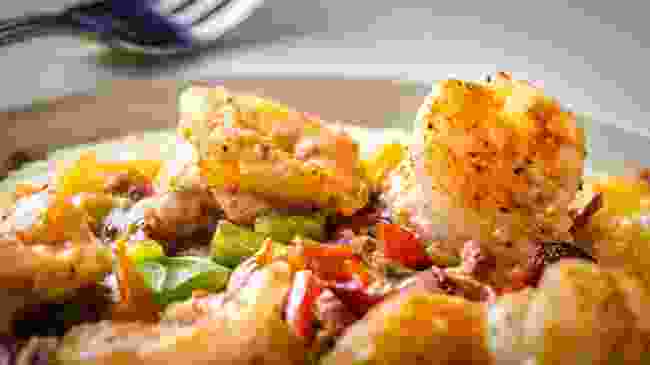 Shrimp and grits is a 'Lowcountry' southern cuisine favourite (Alamy)

Where to stay in Charleston

Belmond Charleston Place: Though built in the 1990s, the interior of the Belmond Charleston Place emulates the city’s classically opulent Georgian style (think chandeliers, mahogany furnishings and sweeping staircases). Service is top-notch, rooms are smart and comfortable, and the central location downtown – right opposite the Market and a five-minute walk from Waterfront Park – is hard to beat. Doubles from around £310pn; belmond.com

Andrew Pinckney Inn: Located in the heart of downtown, the brightly coloured, 41-room Andrew Pinckney Inn leans heavily on southern charm. Don’t miss the generous continental breakfast served in the upstairs solarium – the food is substantial and the view of the surrounding historic buildings and cobbled streets is a delight. Doubles from around £200pn; andrewpinckneyinn.com

NotSo Hostel: If quirky is your style, check out the NotSo Hostel. A little outside the main downtown area, this adorable spot is not your typical hostel. There are quality private rooms (with and without bathrooms) as well as dorms and the community vibe is great for those travelling alone. Dorms from around £26pn, doubles from £56pn; notsohostel.com.

What the locals suggest to do in Charleston “As a Charlestonian, it always baffled me why tourists would visit in the humid summer. There’s nothing like a local beach bar when the air is crisper, and ordering a Painkiller [rum cocktail] by the outdoor fireplace. Also, few visitors know that the late fall-winter months that end in ‘r’ are the height of oyster season here. One of my favourite winter-time spots is Bowens Island, an iconic restaurant overlooking the water. They’ve been roasting oysters in the local way since 1946 and it’s delightful in winter. Go at sunset for the epic water views.”

Where to go near Charleston

Plan to stay a few more days in Charleston. There’s plenty to fill your time, including several art museums, an aquarium and countless boat tours, including the Schooner Pride a replica 18th-century tallship that offers sunset tours.

It’s also worth allowing enough time to explore further afield. The lush, white-sand isles off the South Carolina coast, known collectively as the Sea Islands, are a short drive away and perfect for those who love the outdoors or want to learn more about Gullah history and culture. 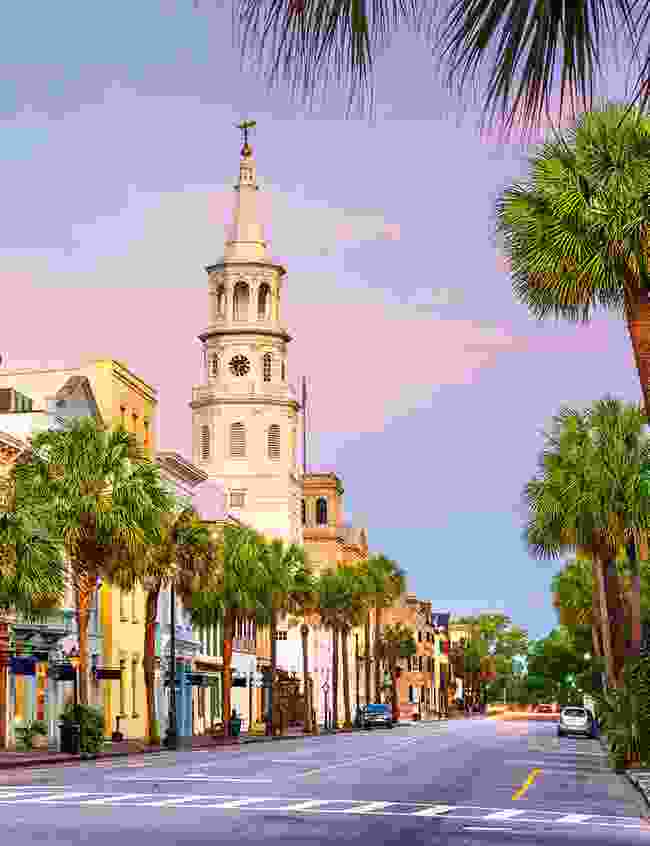 Population: 135,257
Language: English
Time zone: GMT-4
International dialling code: +1
Visas: Not required by UK nationals for stays of up to 90 days. An ESTA is required; apply no less than 72 hours before departure.
Currency: US$, currently around $1.4 to the UK£.
Health issues: Overheating is the main concern so stay hydrated. Pack bug spray – the chances of contracting mosquito-born illness is low but the chances of being bitten are high.
Recommended guidebooks: Charleston & Savannah Pocket Guide (Lonely Planet, 2018)
Smartphone app: Google Maps is reliable here.
Climate: Charleston’s sub-tropical climate means mild winters (6°C-16°C) and hot, humid summers (23°C-31°C.) June–November is hurricane season – plan carefully if visiting during this time and take out good travel insurance.