From horseback-swimming in Argentina to heli-cycling in Nepal, these heart-pumping thrillers are guaranteed to get your adrenaline racing. Plus: holidays in New Zealand, Switzerland and Norway...

1: Hike the best of New Zealand 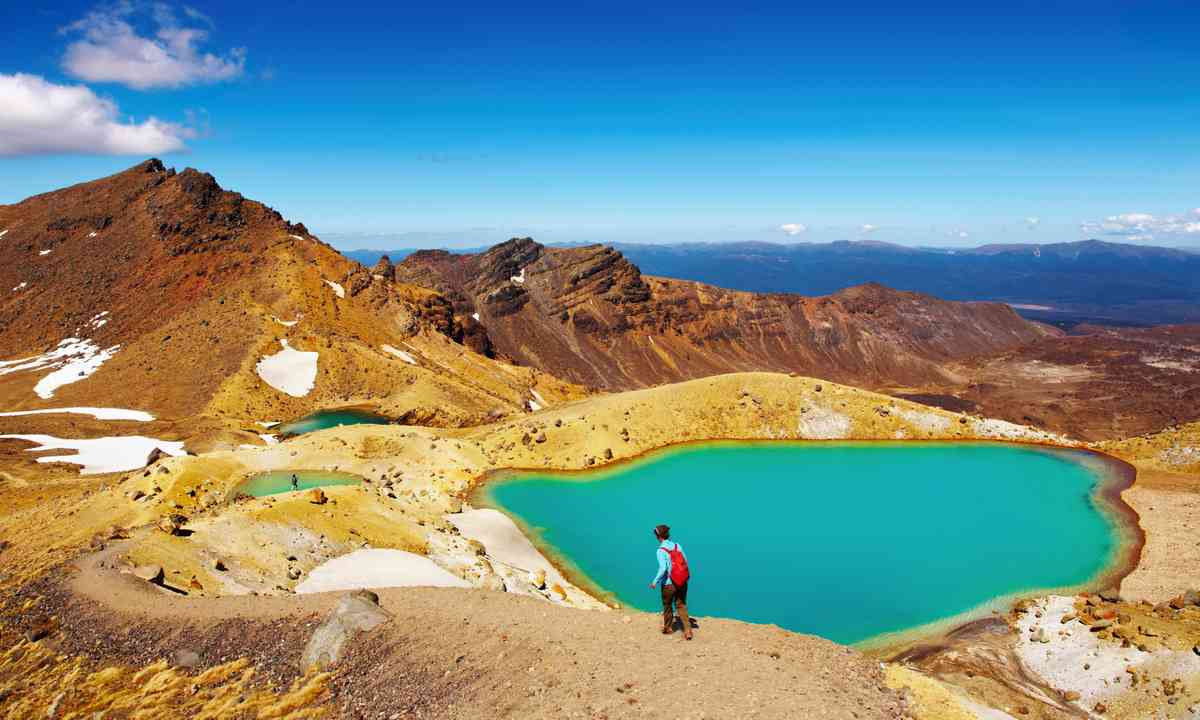 ‘The land of the long white cloud’ is home to some of the newest short treks around, including the Tongariro Alpine Crossing, regularly voted the world’s top day walk.

Silver Fern Holidays’ self-drive Easy Walks in New Zealand sees you not only padding the Tongariro but also gives you the option of trying its new rival: the Pouakai Crossing in nearby Egmont National Park.

You'll also trek glow worm caves and explore the forest-fringed bays of Abel Tasman Park, before heading to the South Island, where you'll explore gold rush villages in the shadow of Mount Cook and hike to the top of Christchurch’s Port Hills, as the Canterbury Plains sweep languidly below.

2: Swim Iberá in Argentina ... on horseback 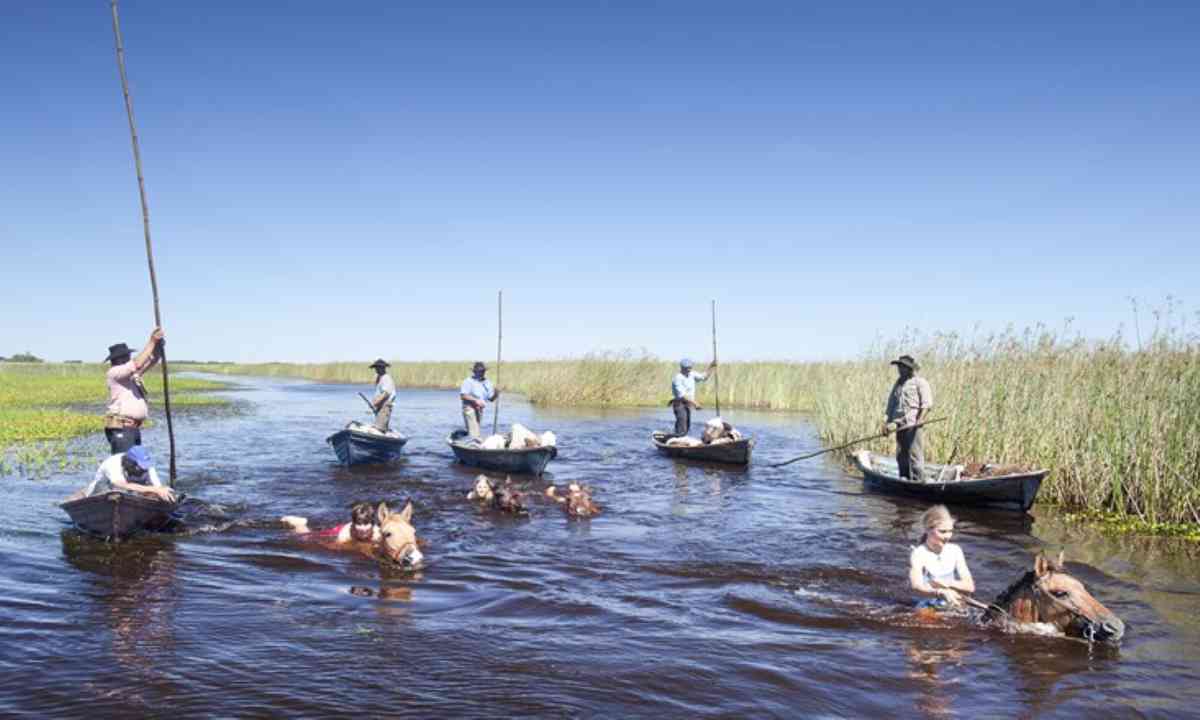 From provincial capital Concepción, strike out for the tiny village of Paraje Carambola, before mounting up and heading into the world’s second-largest wetlands (30,000 sq km).

Spot caiman and capybara, while paddling through marshes and lagoons patrolled by howler monkeys and huge jabiru stork, drying out overnight at estancias (ranches) along the way. 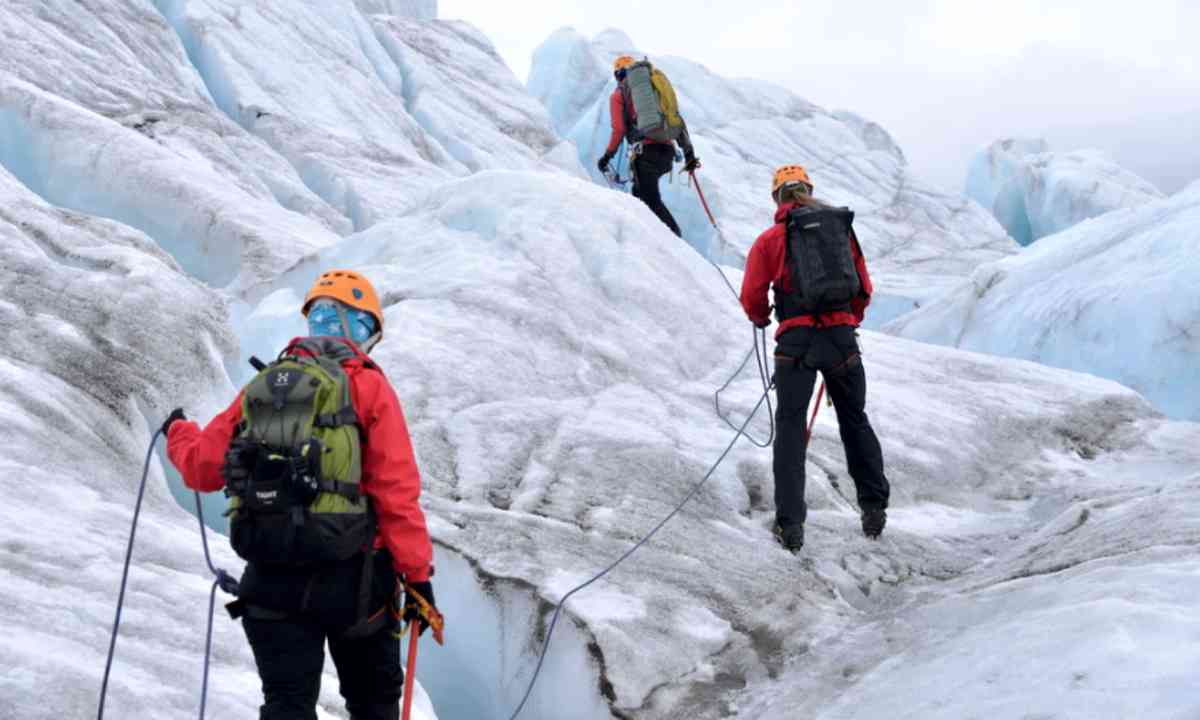 Push the compass as far as it goes on the Norwegian island of Spitsbergen, the most northerly settled outpost in the Svalbard archipelago and, in turn, the world. Best Served Scandinavia’s Adventure Week at Nordenskiöld Lodge sees you travel as far as wheels can take you on the island, bedding down on a remote blue glacier.

From here, set out on glacier hikes, kayaking trips and guided nature tours that seek to reveal how this incredible frozen ecosystem functions, before returning you to the warm embrace of the hot tubs back at the lodge. 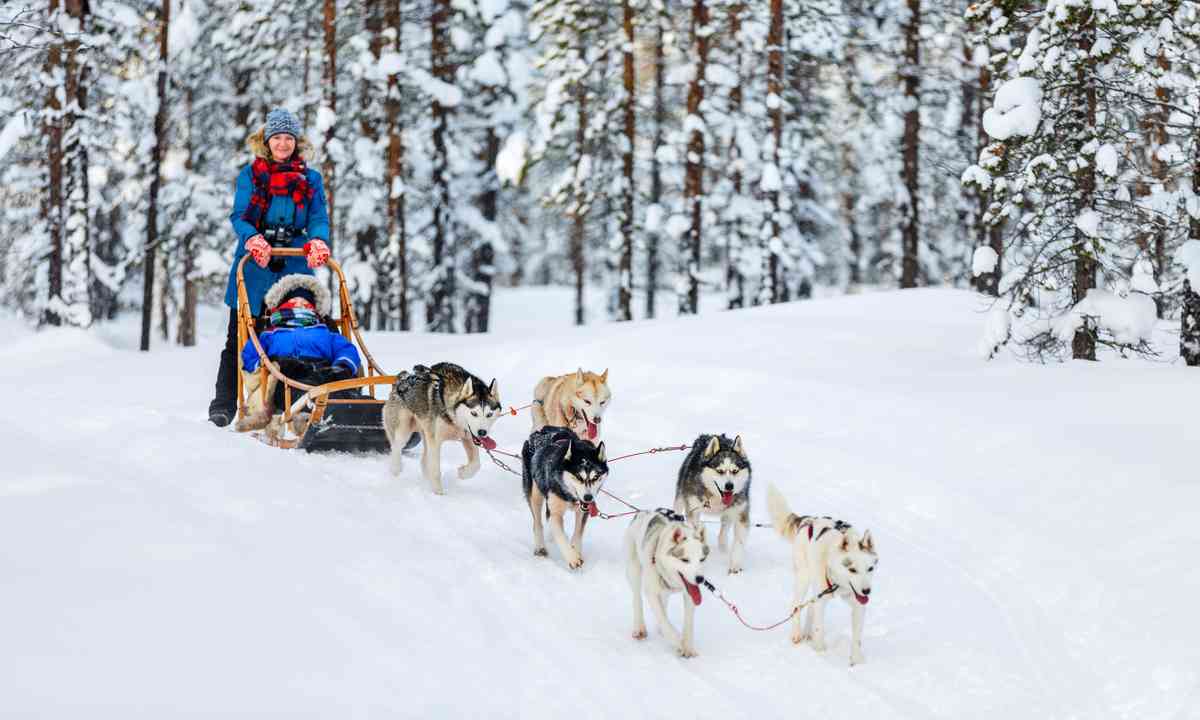 Surf the snow on the back of a husky-pulled sled as you learn to mush with the best of them on Artisan Travel’s Wilderness Husky Safari.

From a base in Finland’s Ivalo, first head to the Kamisak Husky Farm to learn how to harness your dogs and get to know them, before three days of hurtling through the forested fells and snow-dusted valleys of northeast Lapland.

Cover up to 45km a day and sleep in remote cabins at night, discovering how to take care of your new ‘best friends’/transport along the way.

5: Pedal down the Annapurna in Nepal 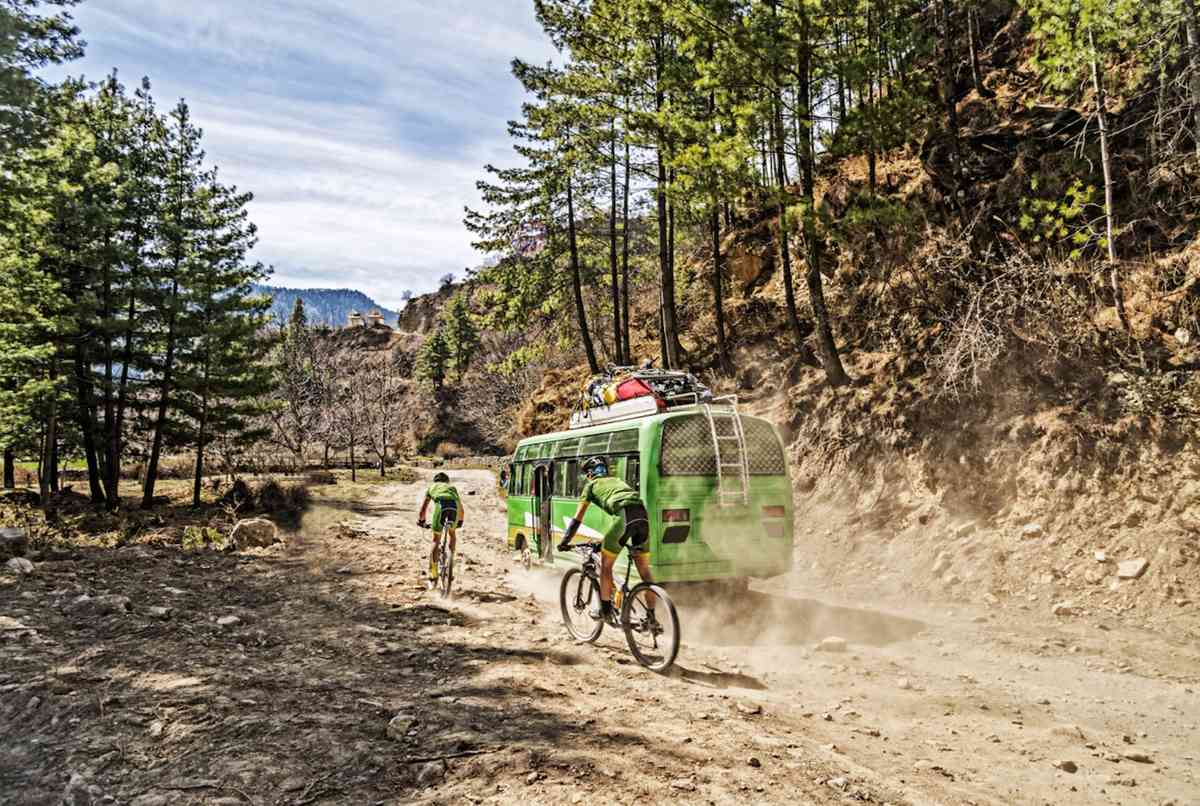 A Bucket List check for many a cyclist, heli-biking is hitching a lift up a mountain (in a chopper, no less), then rattling down it at speed. It’s not for the faint-hearted, but offers the chance to pedal places few others have.

Hence the appeal of Lost Earth Adventures’ Heli Biking Nepal trip, which sees you whirl your way to the top of Thorong La Pass in the Annapurna range (at a height of 5,400m), before attempting the longest mountain bike descent on Earth. The journey is spread over three days, finally wheeling into the lakeside town of Pokhara for a much needed rest.

How much: From £5,000pp, based on group of five travelling (excl intl flights) 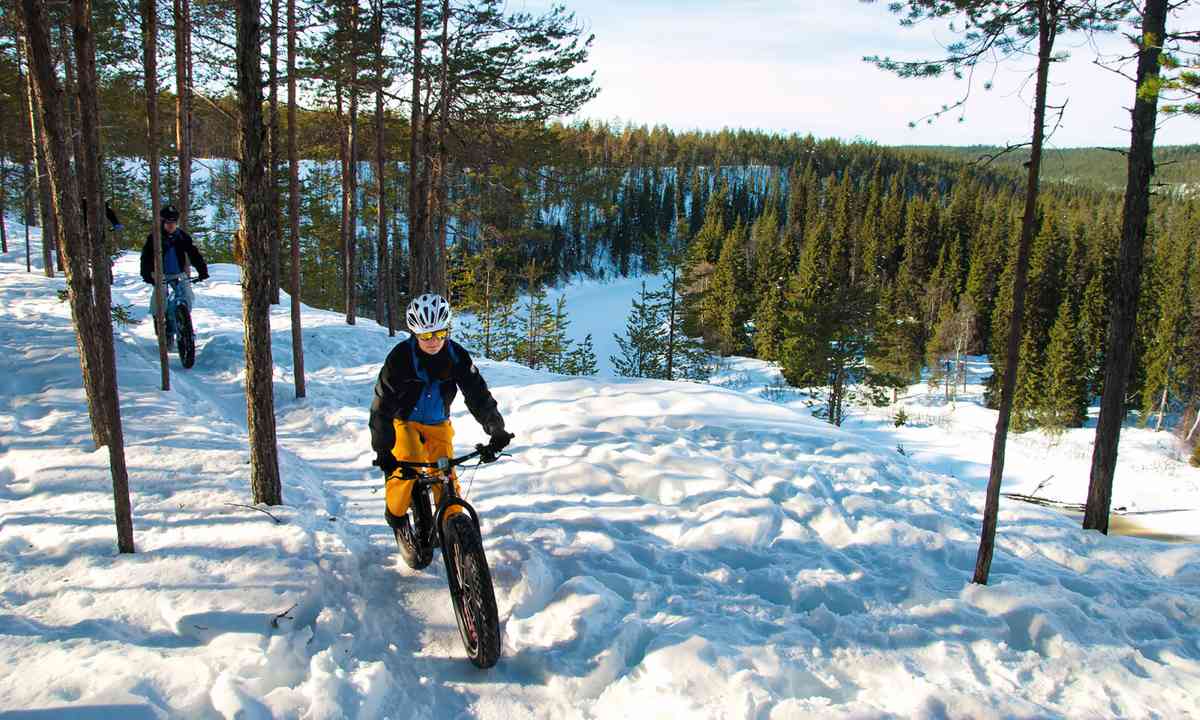 Fat bikes (essentially bicycles fitted with large all-terrain tyres) have taken cyclists across surfaces they could never have pedalled before, from sandy deserts to frozen tundra. It’s the latter that factors here, as you wheel across snow-dusted forests and fells in northern Finland’s Oulanka NP on Exodus Travel’s Fat Biking in Finland trip.

Cover between 5km and 25km a day, keeping an eye out for wandering elk and reindeer, pausing in cosy lodges en route, where you’ll get the chance to catch the Northern Lights dancing across the ink black Arctic sky.

7: Hike the Haute Route in style 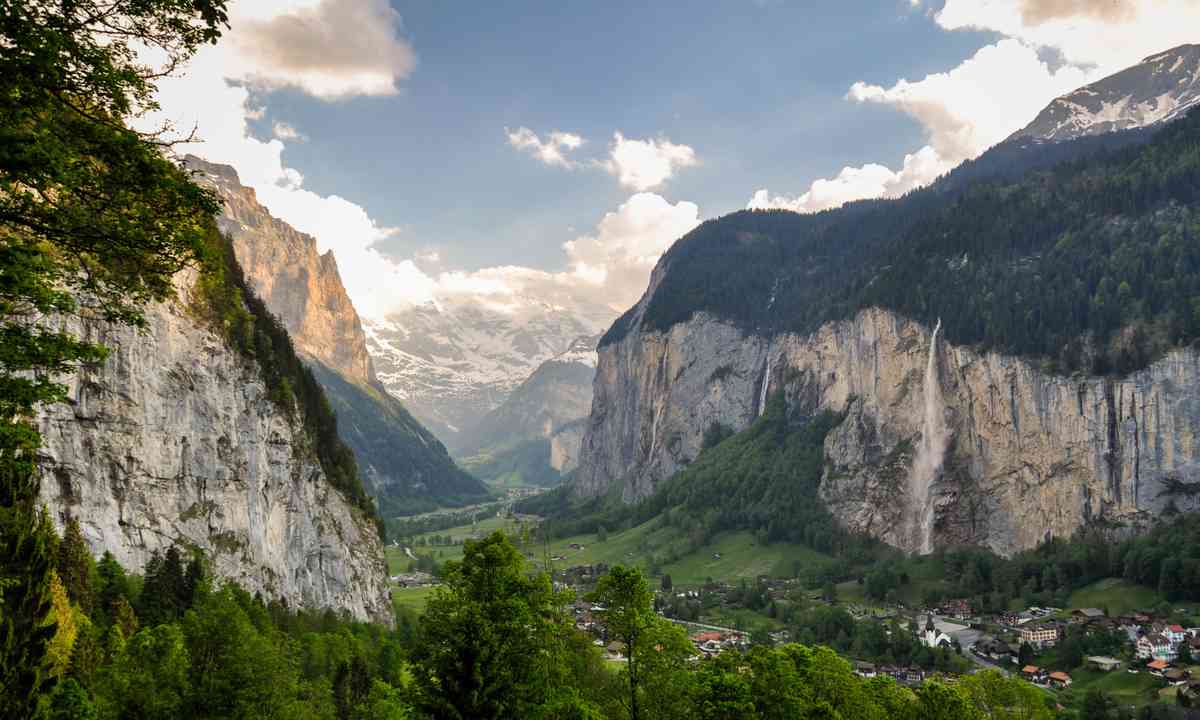 Swap huts for hot tubs on Ramblers Walking Holidays’ Haute Route Hotel Trek, which gives the tough trail from Chamonix Valley to Zermat a swishy update. Your luggage is taken care of, while the majority of the route stops in hotels en route, although the two-night trek from La Chable to Arolla still offers a taste of old-school mountain-hut living.

In between, you cross 3,000m passes and scrabble over glaciers, covering up to 20km a day and bagging views of some of Europe’s highest peaks. 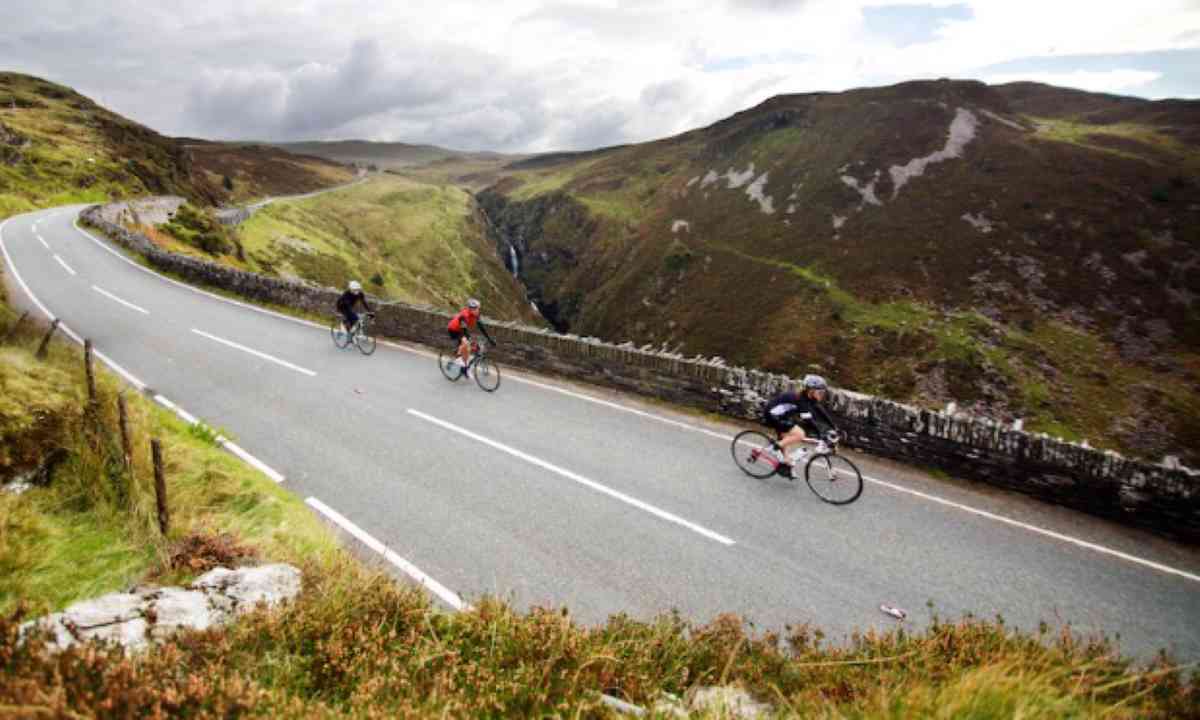 On the road in Snowdonia (Wilderness Scotland)

Follow the wheeling routes used in the Tour de France and Giro D’Italia as you cycle the home nations, the only guided tour to do so. Wilderness Scotland’s Five Countries Tour sees you cover 800km over 12 days, beginning in the Yorkshire Dales NP before heading to Snowdonia and hopping the Irish Sea.

Pit stop in Dublin, then continue on to the Antrim coast, finishing up in Scotland by pumping your thighs through Dumfries & Galloway en route to Keir Mill, where the pedal bicycle was invented way back in 1939.